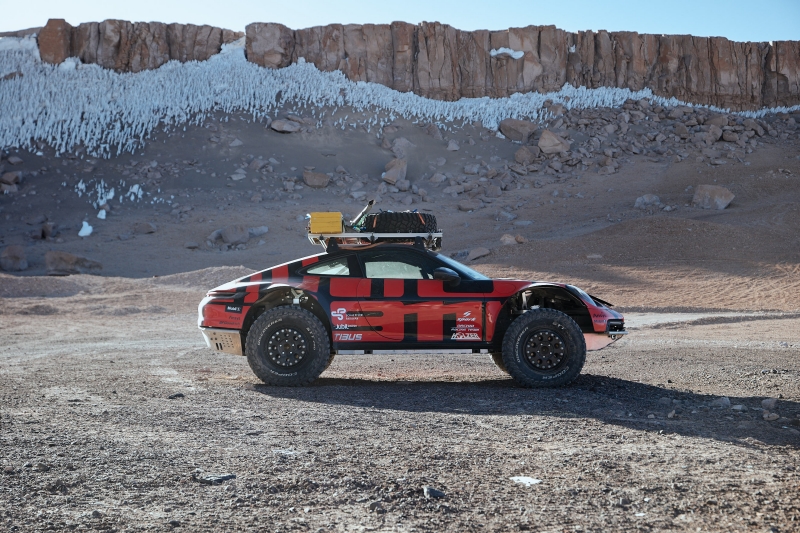 Could this Special Porsche 911 be a hint of a Safari model?

Ojos del Salado, Chile – otherwise known as the tallest volcano that one could drive up to has been conquered by a specially outfitted Porsche 911. To put things into local perspective, at 6,007m (19,708 feet), this altitude is more than three times higher than Genting Highlands in Malaysia. So harsh are the conditions on this South American mountainside that there’s only half the amount of oxygen most of us are used to breathing at sea level and even plant life can’t survive up there.

Yet, endurance racer and adventurer Romain Dumas and his team has recently done it in a pair of experimental Porsche 911s. “This was a truly memorable and special moment in a place that’s both beautiful and brutal at the same time – I guess the only machines anywhere in the world higher than us today were aircraft!” 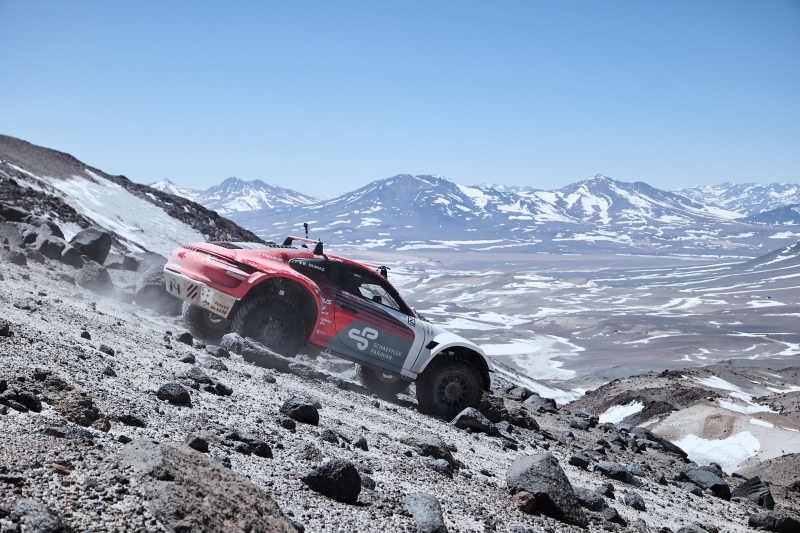 “For the team and the car, it was about learning – and right out of the box, the car was tough and nimble. We were hard on ourselves and really put it in the deep end for its first test, yet it felt at home,” said Romain Dumas, driver of the 911 and leader of the team. “We have enormous respect for those who have gone higher. No one has seen so much ice and snow up towards the top of the volcano, but despite this we went over 6,000 meters up, to the point where the walls of ice and snow meant we could go no further. We’re really proud of what the car and the team are capable of first time out – hopefully we can count on many more adventures in the future.”

At the core of each of these cars is the Porsche 911 (Type 992) Carrera 4S equipped with a factory standard turbocharged flat-six engine developing 443 hp under standard conditions and the original seven-speed manual transmission. The 911 itself proved to be an excellent basis, through the mix of robust yet lightweight chassis construction, short wheelbase, ample power and the ability to cope well with extremely high altitudes. From this starting point, the engineers at Porsche’s research and development base in Weissach, near Stuttgart, working closely with Romain Dumas Motorsport, then let their combined creativity run wild as they worked to prepare it for the specific demands of the mountain. 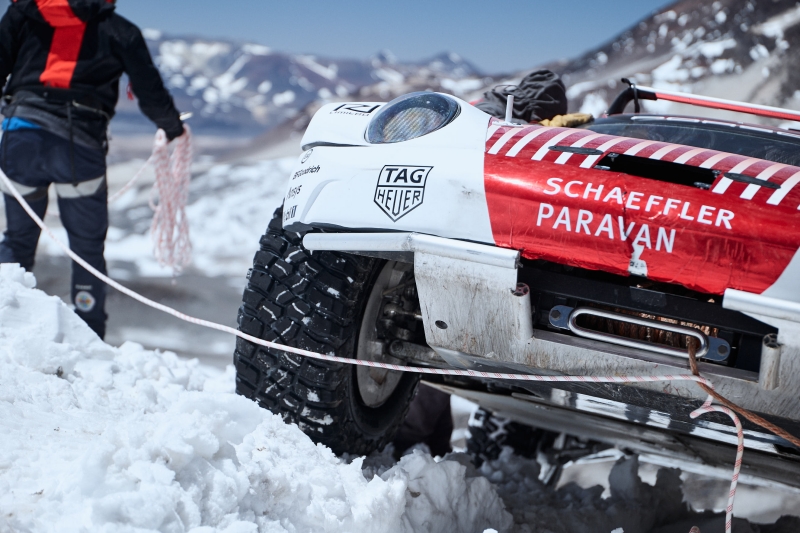 A device called the Porsche Warp-Connecter was added. Originally designed for motorsport applications, it forms a mechanical link between all four wheels to allow constant wheel load even when the chassis is enduring extreme articulation – contributing to maximum traction. Manual, switchable differential locks were used along with an advanced steer-by-wire system. Finally a winch was added at the front of the car along with revised bodywork to allow clearance for the 310 mm wide off-road wheels and tires. The cooling system also needed to move upward to allow the car to tackle more extreme off-road sections without fear of damage. As a finishing touch, the bodywork was finished in two distinctive liveries – one featuring the same Porsche Motorsport color scheme adorning the 963 LMDh racer and a second 911-themed livery designed by the styling team in Weissach. 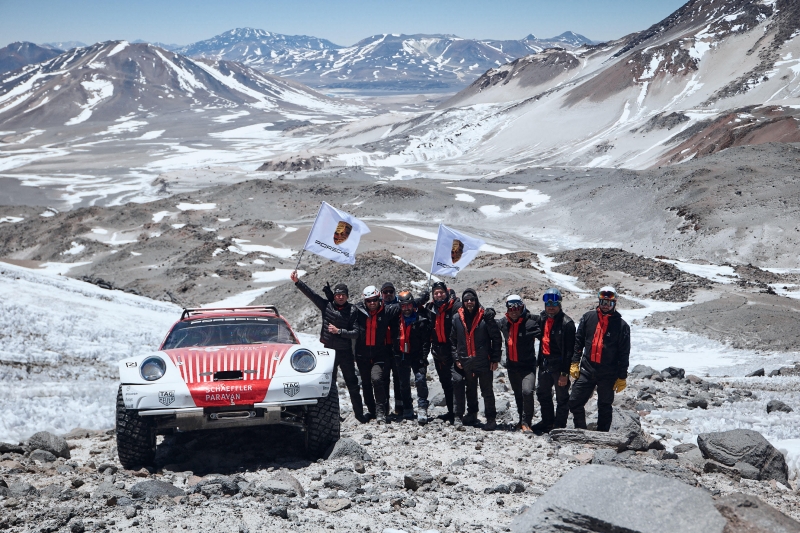 “It’s been magical to build a 911 like the world has never seen before – made possible by a small team of engineering enthusiasts. The 911 has already been proven on the track and, of course, on the road. With this project, we‘re shifting the focus to where there are no roads“, said Rösler, Director complete vehicle 911 Model line. “Testing our theories means finding the harshest possible environments to see if they work – and on the highest volcano in the world, we succeeded.” 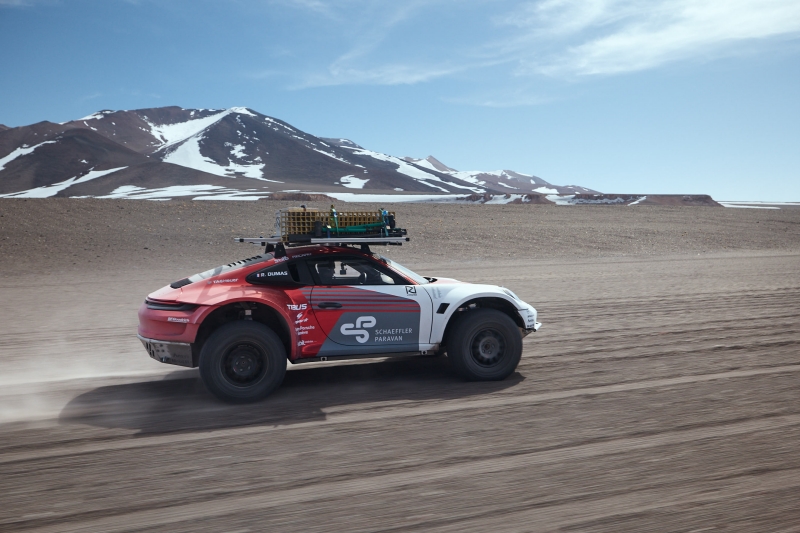 These experimental cars are the latest in a long line of rugged Porsches that were used for rallying and off-roading purposes over the 911’s 60-year history. One of the most famous examples was the Porsche 959 that won the Paris Dakar Rally in 1986.

The creation of such a model also fuels speculation about a ‘Safari’ 911 becoming a reality. The term comes from an era when outfitted for off-roading use with long-travel suspension as well as reinforced bodywork. Owners would then enter their cars into African rallies in the 1960s through 80s. 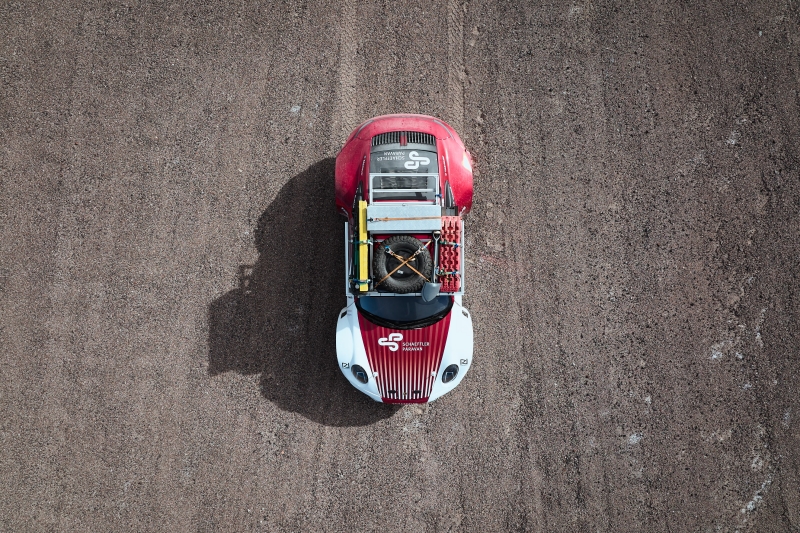 Today, the endless appetite for Sport Utility Vehicles (SUVs) and crossovers have once again ignited interest in Safari cars, namely the Porsche 911. Until now, the German sports car maker has eluded questions and requests about launching a Safari 911. Here’s hoping that this may be the start of things to come…