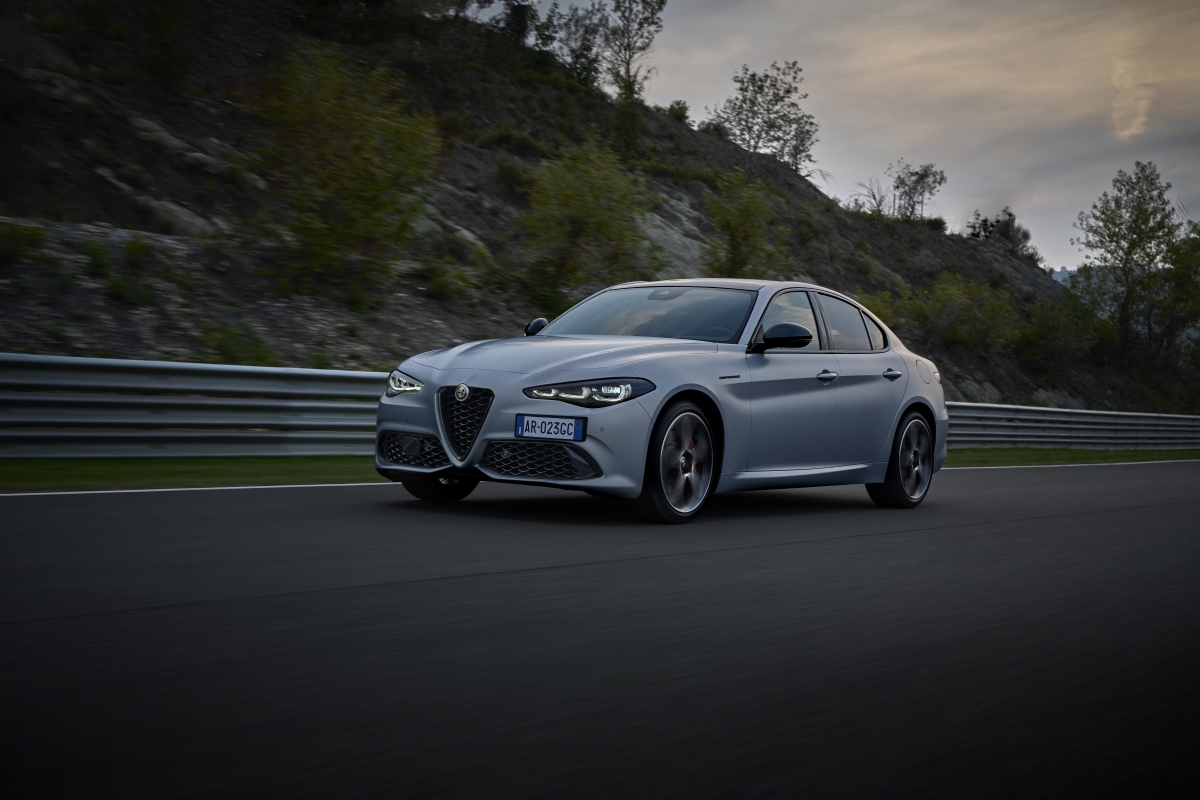 New headlights, grilles and a digital cockpit feature amongst the changes

Let's remember that the Alfa Romeo Giulia was trotted out for market sales in 2016, with the Stelvio following it in 2017. It's now 2022. In the interim, both models received some light changes here and there but for the most part, they remained looking the same.

That's now changed. My biggest bugbear with both models is that they came with HID headlights. Well, now they're adaptive LED Matrix items and how they're arranged is the most noticeable change.

The headlights are set in a three-abreast fashion on either side in an homage to the SZ Zagato and the Proteo concepts of yore, as well as the present-day Tonale. I've read comments online claiming this new "3+3" headlight arrangement looks very BMWesque, but looks are subjective, so decide for yourself - personally, I like the new look. 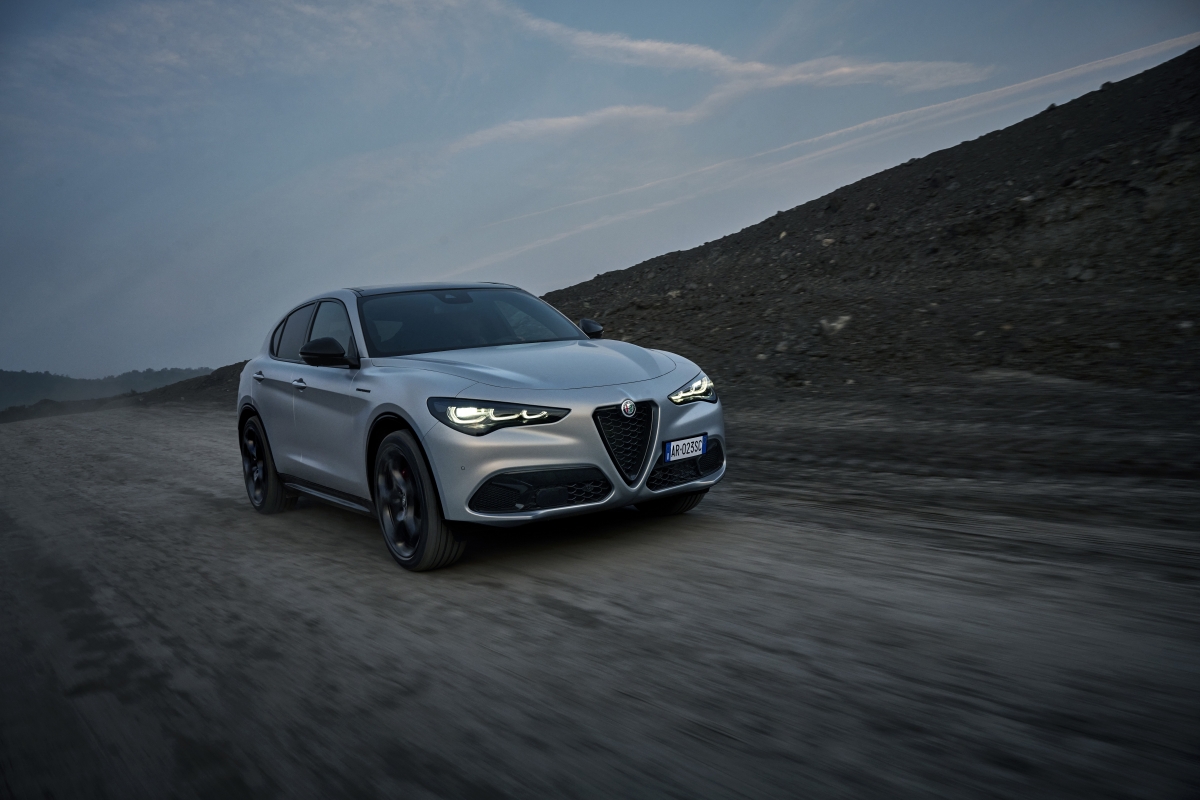 Being adaptive, the headlights are able to automatically adjust the dipped beam to match speed and driving conditions, while also featuring “Glare-Free High Beam Segmented Technology” which throws up the high beams in poor lighting conditions but adjusts them to avoid glaring both oncoming traffic and traffic ahead in the same direction of travel. Dynamic turn signals also feature with this new refresh. 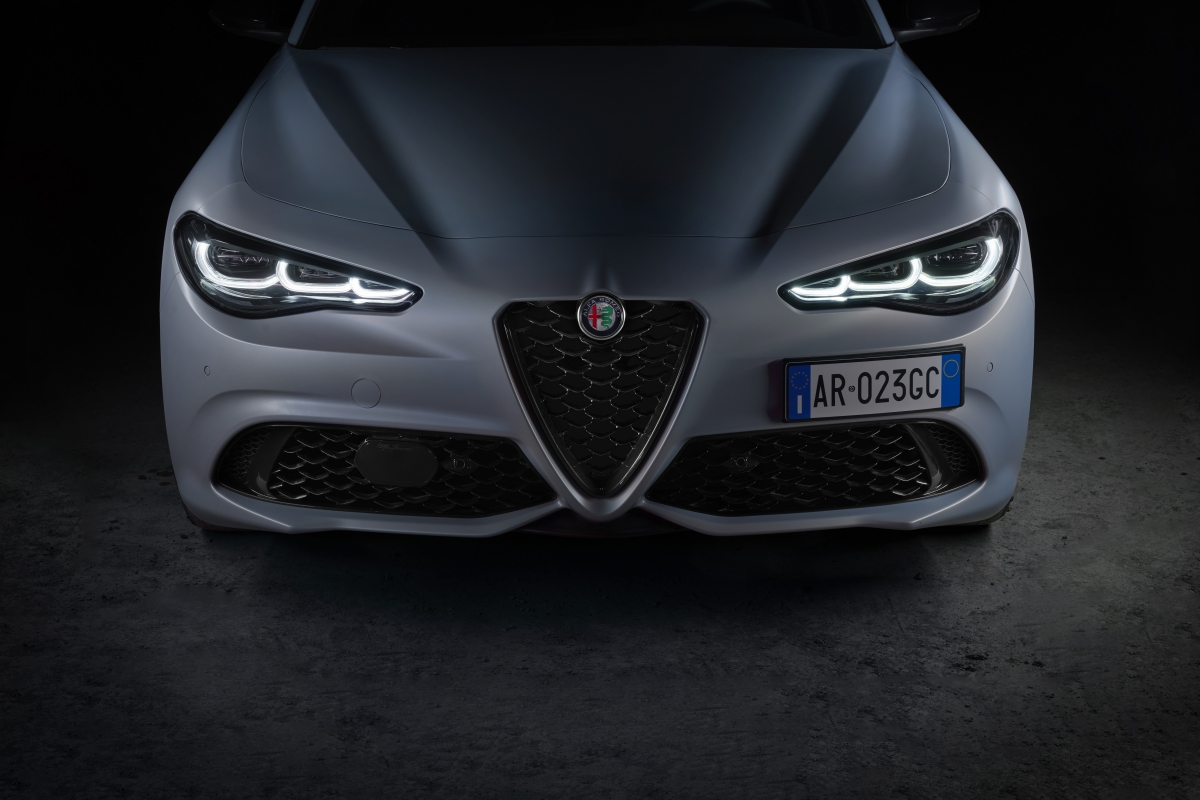 Alfa Romeo says that the 'Trilobo' grille up front is brand-new. Looks pretty similar to the previous items if you ask me, but wokay.... watever... 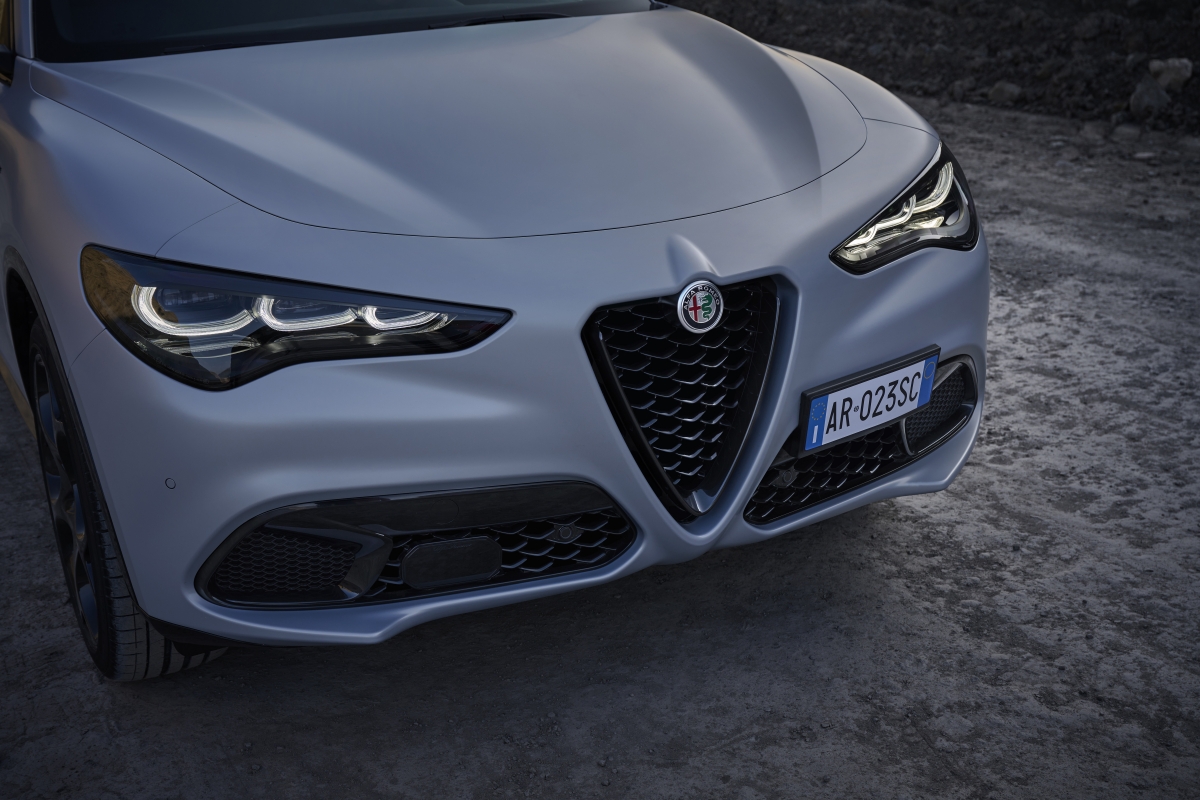 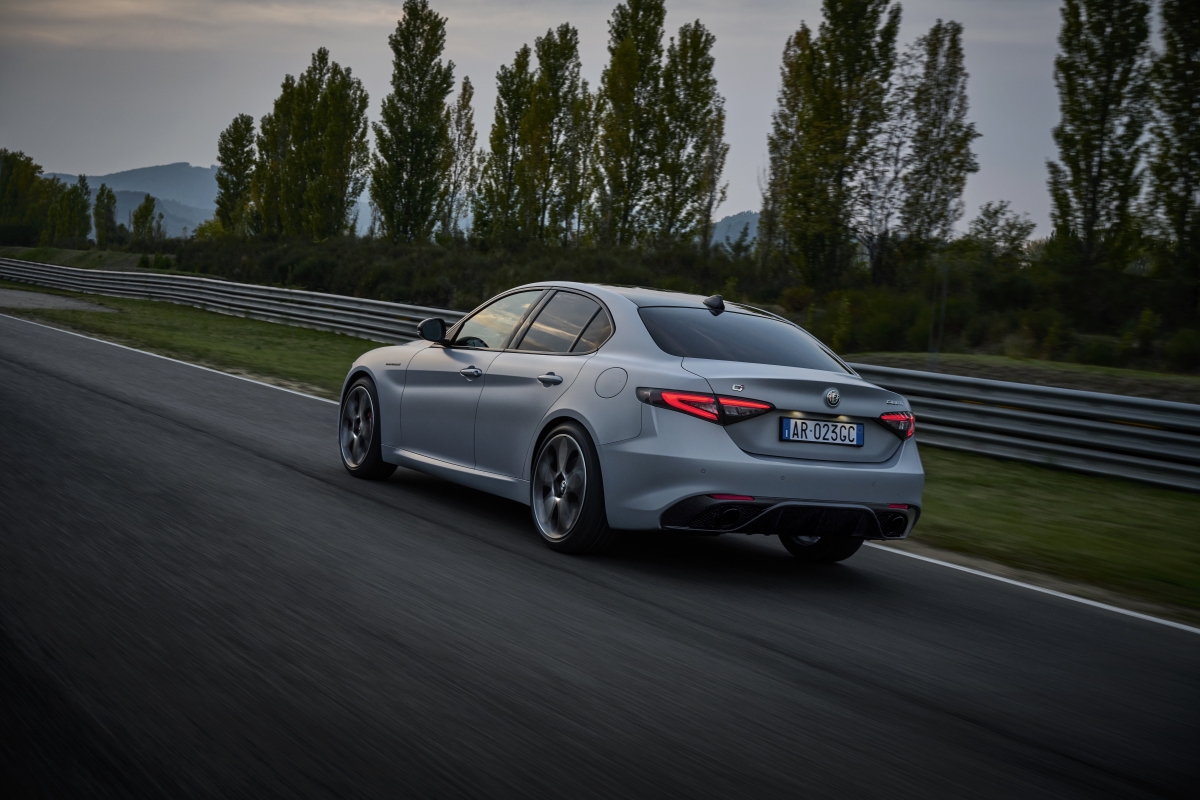 Round the back, the taillights themselves look similar to the previous Giulia and Stelvio. They've always been LED items, but with a slight change - now, the Giulia's taillight lenses are transparent, while the Stelvio's items come in dark-smoke and accentuated by a glossy black finish on the inside. 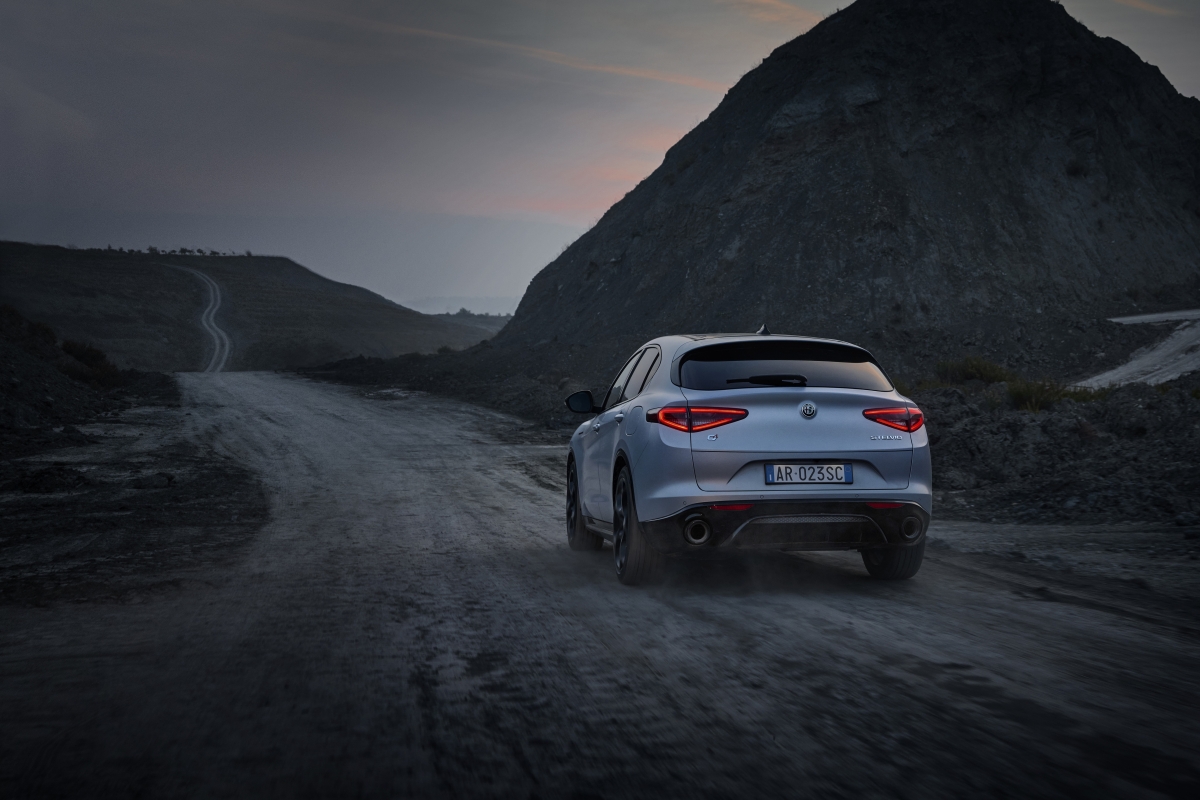 Alfa Romeo says that two trim levels will be available for both the Giulia and Stelvio, the entry-level Super and the next-up Ti, which can then be enhanced with optional packs named Sprint and Veloce for each of the trim levels respectively.

The 200hp 2-litre inline-4 turbo petrol engine is said to be dropped, and only the 280hp version of the same petrol engine will be available. Power will be sent to the rear wheels and all four wheels (being primarily rear driven) for the Giulia and Stelvio respectively through an eight-speed ZF automatic gearbox.

How all of this translates into Singapore's market in terms of trim levels and positioning remains to be seen.

Alfa Romeo is also making available a special series called Competizione, which is based on the Veloce trim level and features an exclusive matt grey paint colour called Moon Light pictured throughout this article, as well as red calipers. The Competizione will also get adaptive dampers while the Stelvio-version gets 21-inch rims and tyres. 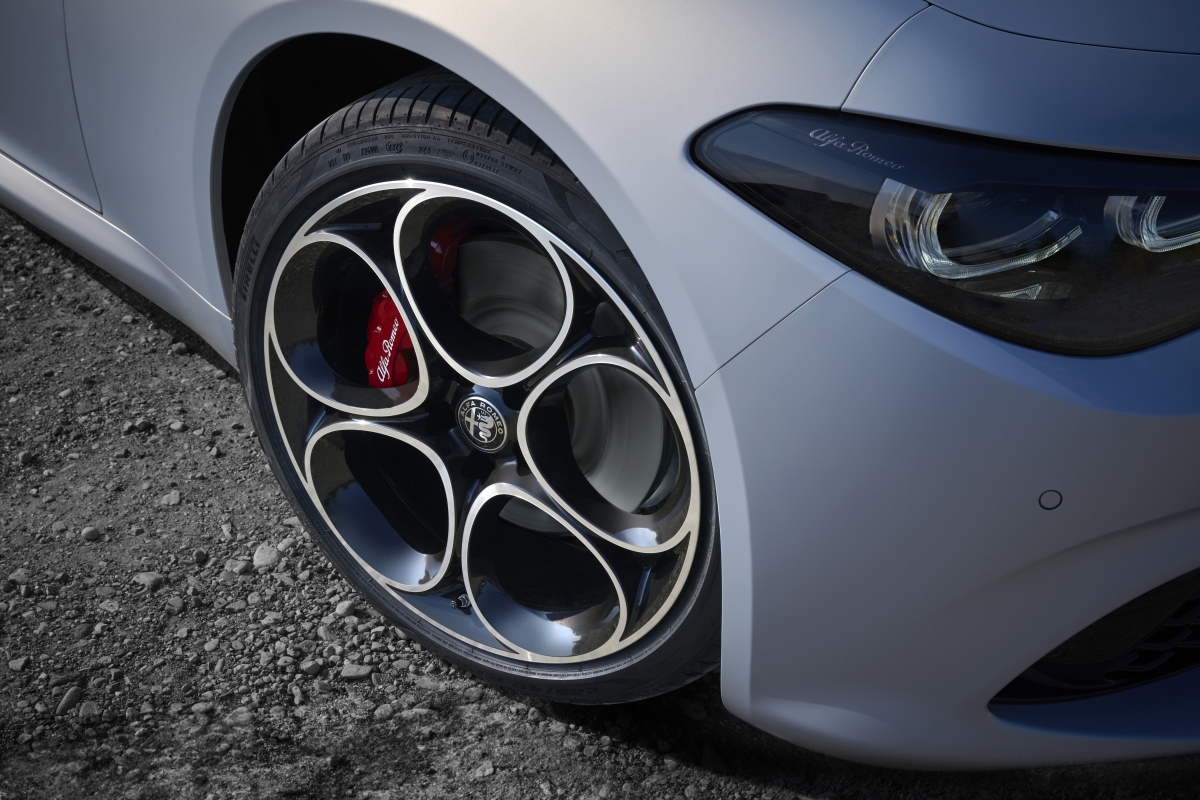 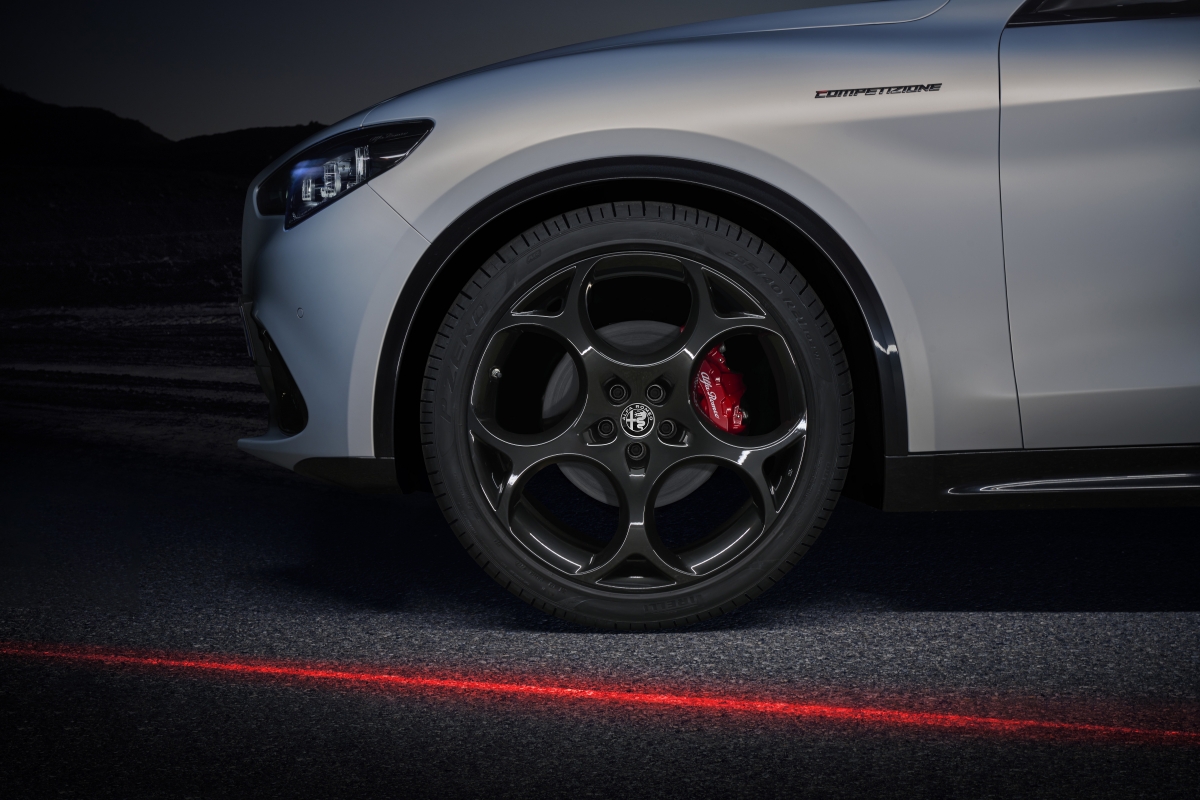 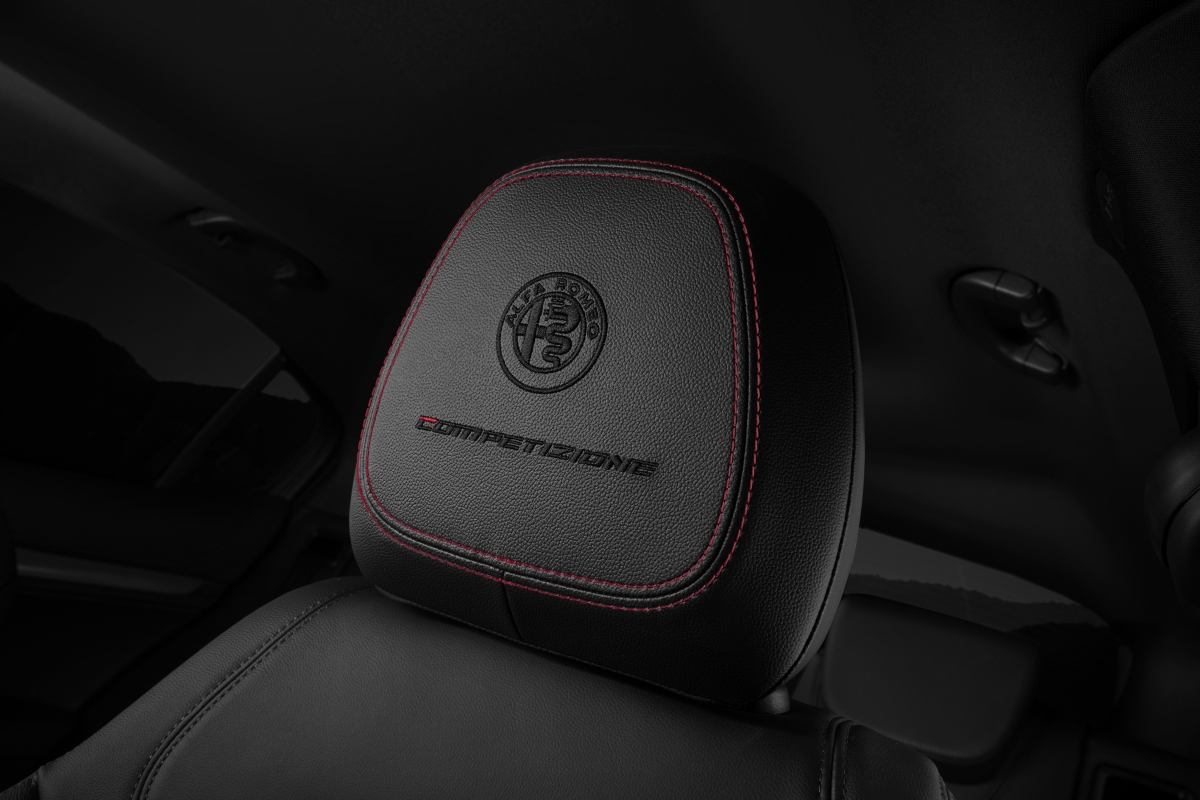 The biggest change on the inside is the new digital dashboard. This is a bit of a bittersweet change for me. 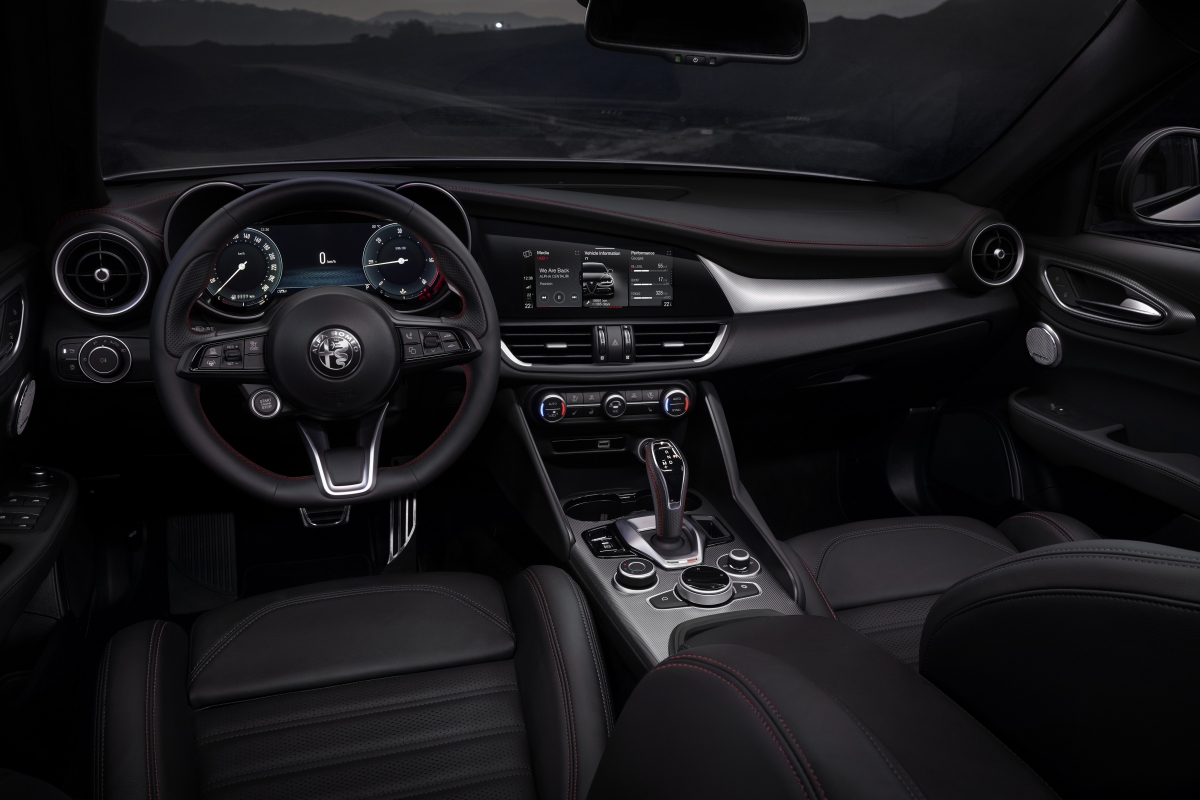 I loved the analogue gauges that adorned the interiors of the previous Giulia and Stelvio, but we've got to move with the times and this is how it goes I guess. 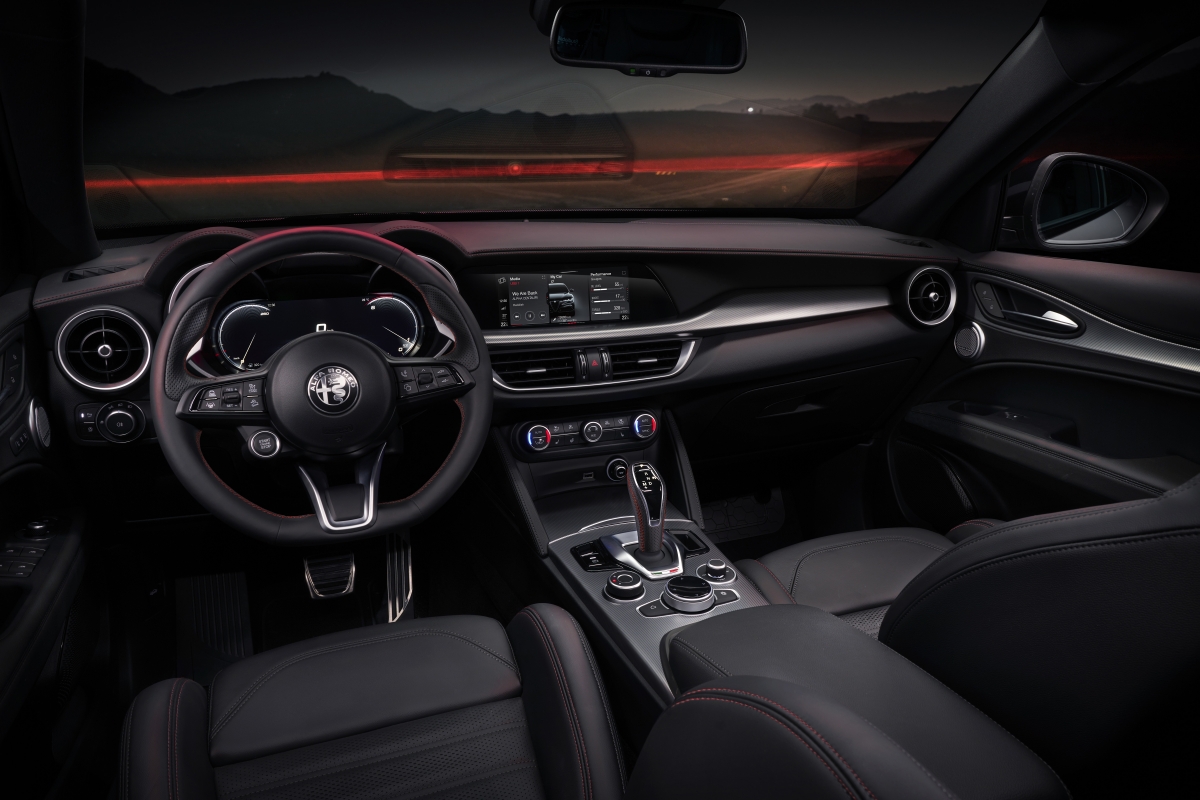 The digital gauge is 12.1-inches in size, and starts up with an animation of the front and rear of the Giulia or Stelvio. Three layouts are then available, namely Relax, Evolve and Heritage.

Relax keeps things clean on the instrument cluster and is minimalist to offer the least amount of distraction.

Heritage harks back to Alfa Romeo's 60s and 70s gauge design, and offers a retro look and feel.

Check out this animation, in the order described above.

Alfa Romeo has also seen fit, with the move to a more digital and modern-looking interior, to enable non-fungible token (NFT) technology with this facelifted Giulia and Stelvio. They say this is to maintain "an encrypted and non-modifiable digital register where the main information on each car gets recorded" that then "can be used to guarantee proper vehicle preservation and, thus, support its residual value."

Tonale apparently has the same blockchain-based NFT enabled also, for what it's worth. 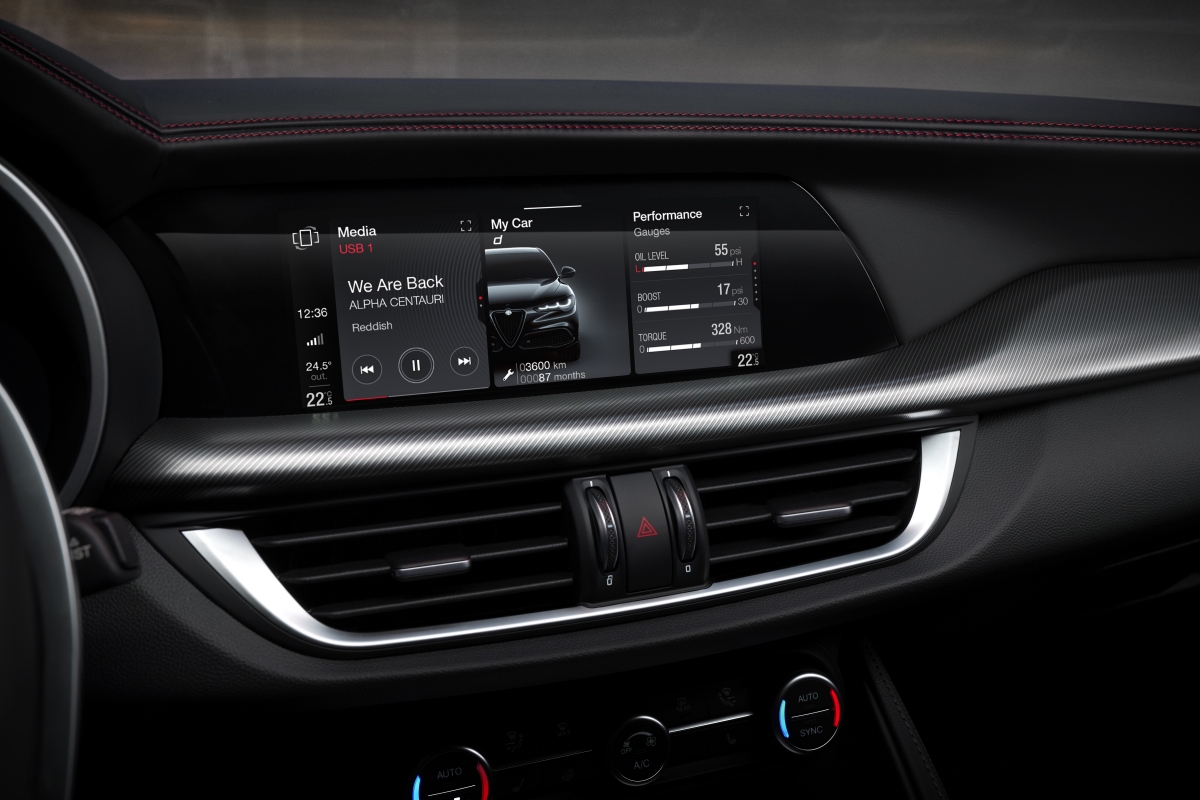 At least Alfa Romeo has seen fit to retain manual buttons and knobs to control the aircon. HOORAY!

While all of this is (mostly) good news, what trim levels, pricing, warranty and the local Alfa Romeo experience will be like with Singapore's newly-appointed distributor Komoco Group remains to be seen. We certainly do hope for more good times ahead.