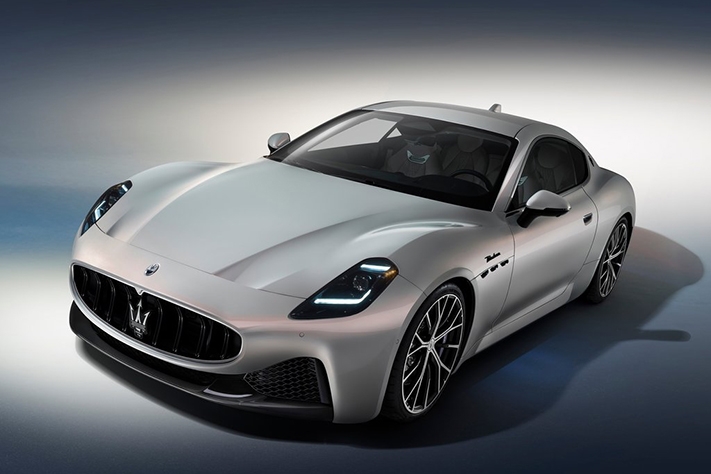 Maserati makes a smashing return with the new GranTurismo

Car enthusiasts rejoice! The stylish and well-known Maserati GranTurismo is finally back with a new rendition, albeit with some caveats.

Like the light at the end of a long tunnel, Maserati has finally brought the GranTurismo nameplate back, after it had ceased production of the previous generation back in 2019.

As with all previous generations, the new GranTurismo is still predominantly a gran tourer, combining the performance of a sports car with comfortable long-distance travel capabilities. Quintessentially, it still maintains its hearty Italian charm alongside new technological upgrades. 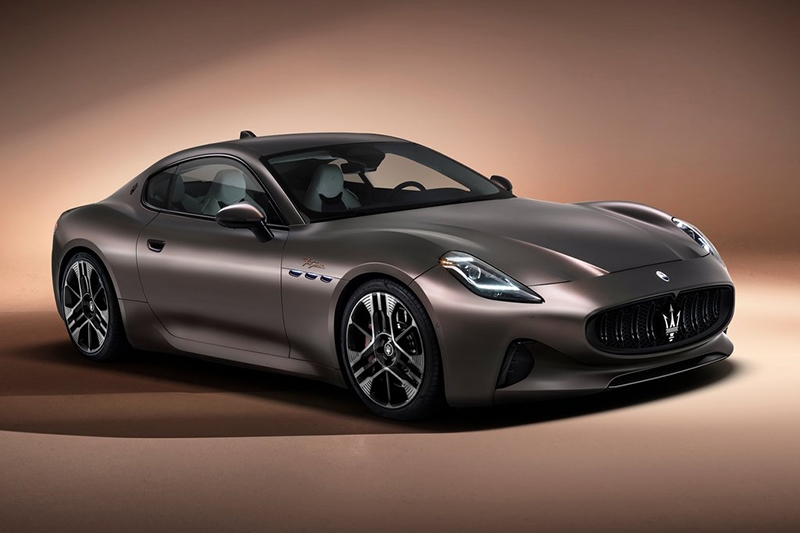 The biggest change is its heart

In a bid to appease strict global emission requirements, the upcoming model now features both internal combustion (ICE) and fully electric (EV) variants. It’s all part of the company’s plan to offer electric versions of every Maserati model by 2025 and shift to EV-only sales by 2030.

The fully electric version of the new GranTurismo will also debut as Maserati’s first-ever model in history to feature a 100% electric powertrain. 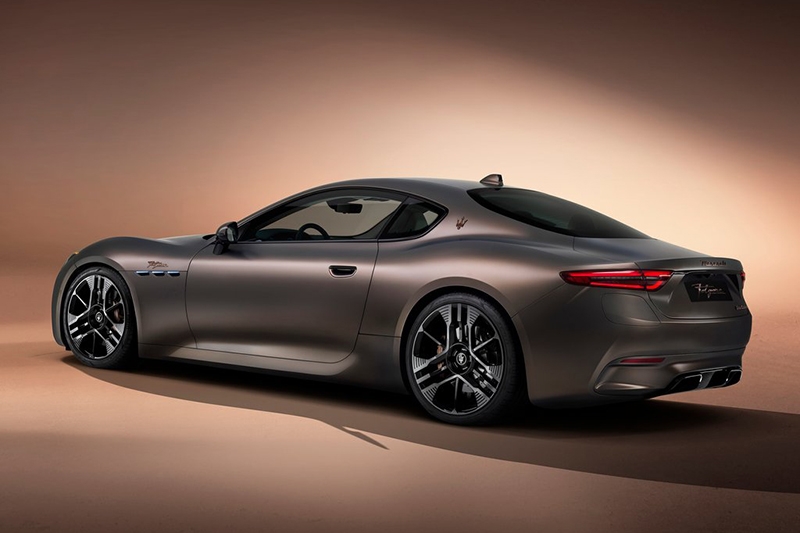 Dubbed the GranTurismo Folgore, its electric powertrain is derived from an 800V EV infrastructure and has been developed with cutting-edge technologies adapted from Formula E. Power will not be an issue in the new model, as three powerful 300kW permanent magnet motors, one for the front and one for each rear wheel, ensure the car won’t be a slouch off the line.

The motors will be coupled to a 92.5kWh battery which has a discharge capacity of 560kW. This enables the battery to continuously sustain enough load to the motors, equating to roughly 750bhp straight to the wheels.

As a result, Maserati claims the Folgore can reach a top speed of 199mph (318km/h) - an extremely difficult target to hit in an EV, and nearly the same as Tesla’s claimed 200mph for its Model S Plaid. The Folgore will also do 0-100km/h in 2.7 seconds, slightly edging the 2.8 seconds the Porsche Taycan Turbo S requires — at least on paper. 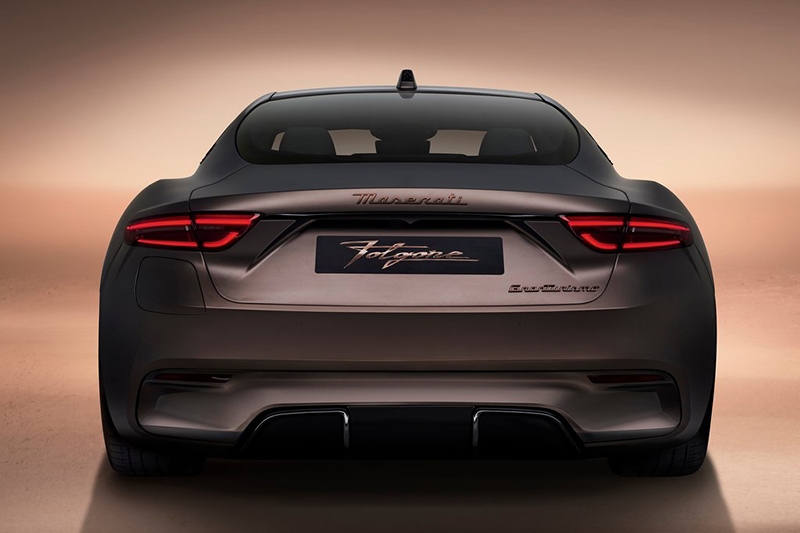 Maserati designers have also laid the battery out in such a way that its placement does not contribute to any height gain in the electric variant, giving it the same floor height as its petrol-driven sibling. This means its power advantage comes without compromising its centre of gravity.

Of course, if you drive a Maserati, chances are you chose it because you love its engine note. Its appeal has inadvertently attracted the admiration of certain "uncouth" demographics here in Singapore, and this distinctive engine note is a tell-tale sign that indicates a younger Singaporean degenerate is around the corner.

Despite being an EV, the GranTurismo Folgore still has some form of engine note present (hooray..?), thanks to work done by engineers at the Maserati Innovation Lab. This will be piped in via the immersive Sonus Faber 3D sound system, fitted as standard in the GranTurismo’s cabin. The sound it produces feels like a mix between an electrical whirr and a low-sounding ICE engine growl.

If you’re really curious, you can hear what it sounds like over here. 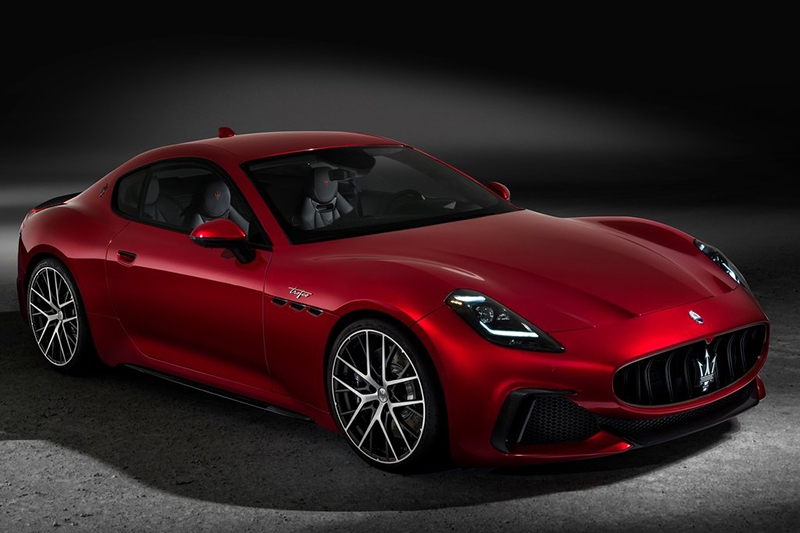 If you are someone that hates “fake” engine noises, then the internal combustion variant may be a more appealing option. Sadly, in our quest to become more sustainable globally, Maserati had to ditch its operatic V8 in favour of a more efficient and cleaner V6, as seen in the MC20.

The new coupe will be equipped with the 3.0-litre twin-turbo V6 Nettuno engine, and will be available in two performance levels. For a tamer experience, the Modena trim level comes with a respectable 483bhp. Spring for the hardcore Trofeo version, and the same engine offers more power and oomph, churning out a maximum of 542bhp. A ZF 8-speed automatic is the only transmission option.

Further down the proposed model range, the famed Stradale nameplate version of the GranTurismo will also feature the same uprated engine found in the Trofeo. No additional details are revealed yet for the Stradale, but we anticipate it would feature more track-focused components to give it an edge over the Modena and Trofeo.

More performance details regarding the GranTurismo haven’t been released yet, but in terms of technical architecture, the new model’s weight is the result of extensive use of lightweight materials such as aluminium and magnesium, together with high-performance steel. Maserati claims this gives the GranTurismo best-in-class weight levels compared to its rivals. 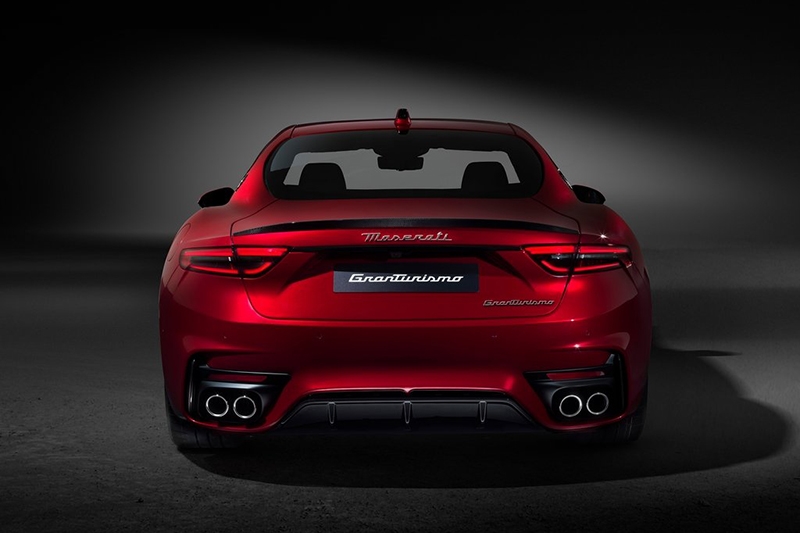 Fans of the GranTurismo will be pleased to see that Maserati hasn’t gone too wild with the new design, retaining the model’s classic proportions and famed looks.

The long commanding bonnet and flared fenders are retained from previous generations. One new change is the new roof line, which is lowered dynamically in the new model. This draws attention to the b-pillar, emphasising the iconic Trident logo.

Both the ICE and EV models look almost identical on the outside, save for obvious differences like the omission of exhausts on the Folgore. Step inside, and the Folgore’s bucket seats are actually made of recycled ocean waste instead of leather. Other than that though, both GranTurismos have largely the same look. 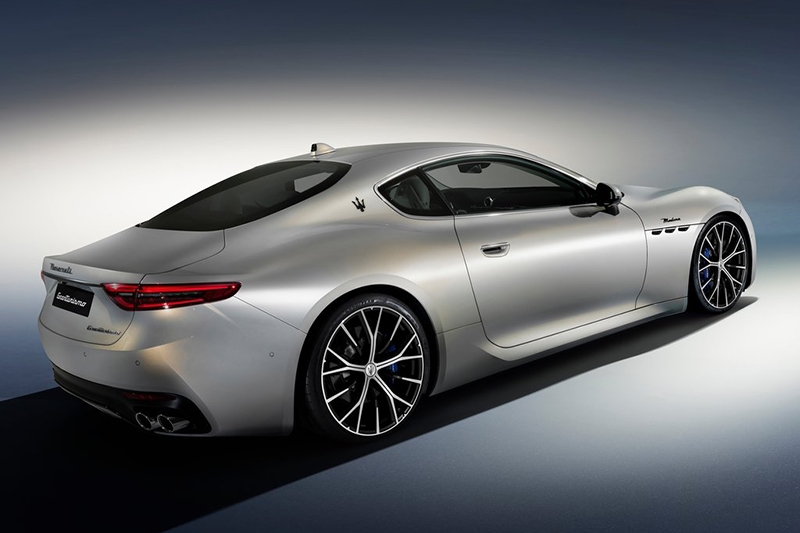 No indication as to when it is going to arrive on our shores, but we’ll expect the petrol variant to arrive in 2023, followed by the Folgore in 2024.