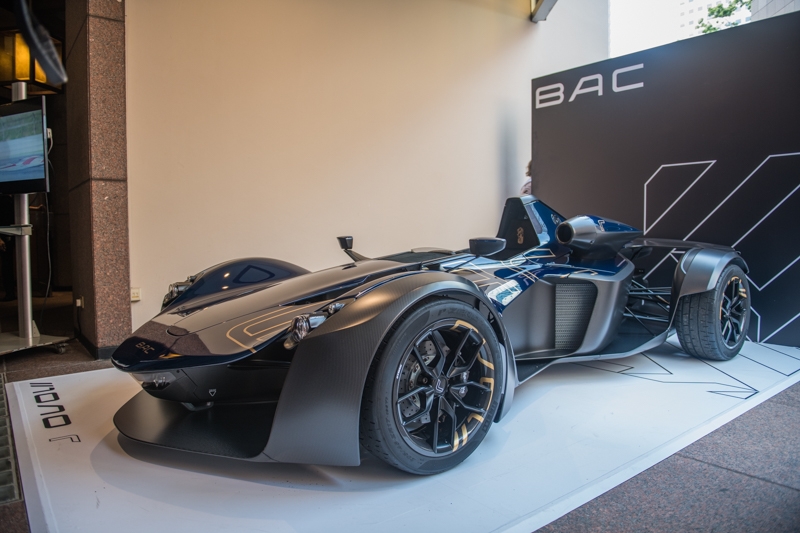 BAC Mono now on sale in Singapore and Malaysia

When you think of extreme production cars, what immediately comes to mind? A Lotus Exige? Maybe a Caterham? Or how ‘bout a Radical or an Ariel Atom? Well none of them can hold a candle to this, the BAC Mono.

For the uninitiated, the Mono is a single-seat track weapon from the UK that's more Formula racer than road car. Yet despite how it looks, it's actually road legal… everywhere except Singapore that is. The Land Transport Authority, in its Infinite Wisdom, has deemed it unsuitable for our roads - something to do with it not being right-hand drive or some such triviality… 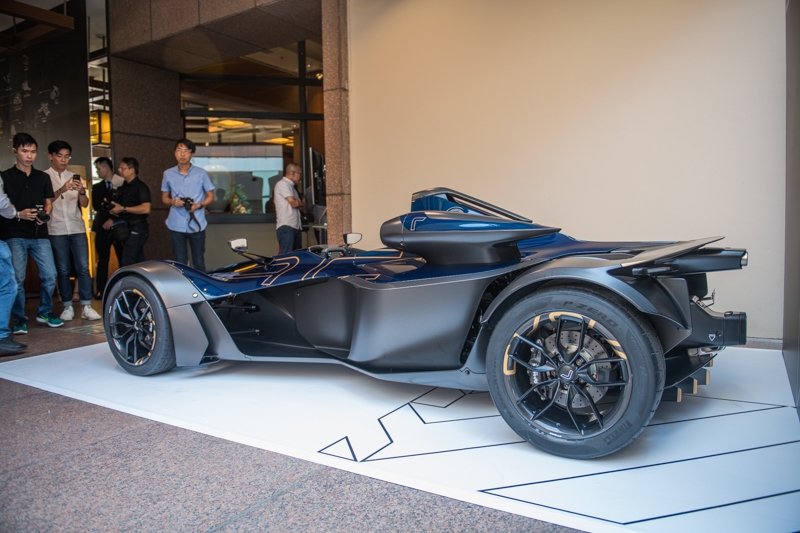 Despite that “minor” technicality however, you can buy one here, just that you’ll have to trailer it around or keep it parked in a collection. That’s because the brand has just set up an official presence here, with NB Auto - who started bringing in Morgans last year - having secured the dealership for Singapore and Malaysia. 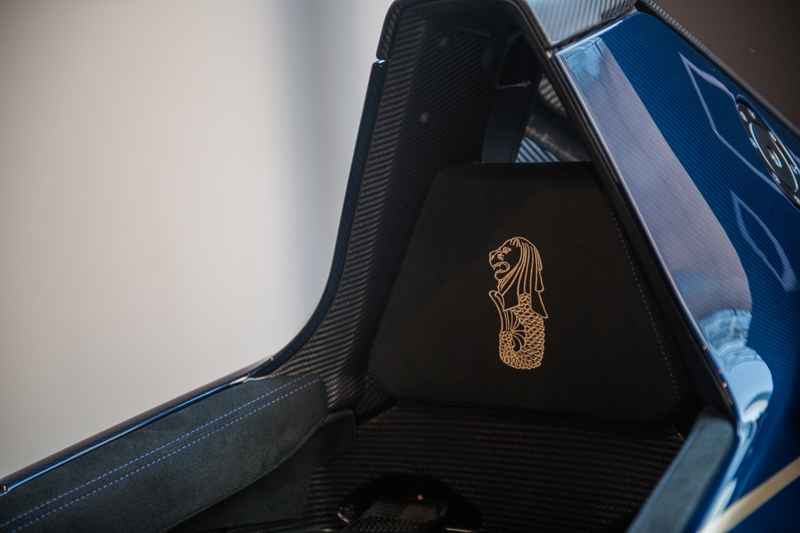 The BAC Mono comes in three flavours of varying intensity. The one pictured here is the fastest and most focused, the Mono R. It’s a 1-of-40 limited edition model, specially customised for Singapore (hence the Merlion embroidered in the headrest). It packs a 2.5-litre four-cylinder by engine specialists Mountune, which revs to 8,800rpm and produces 340hp and 330Nm, fed by its giant ram-air intake sidepod. At 137bhp/litre, its engine has the highest specific output for a naturally-aspirated production car, and with an overall weight of 555kg, its 612hp/tonne power-weight ratio nearly matches that of the F1-engined Mercedes-AMG One hypercar. 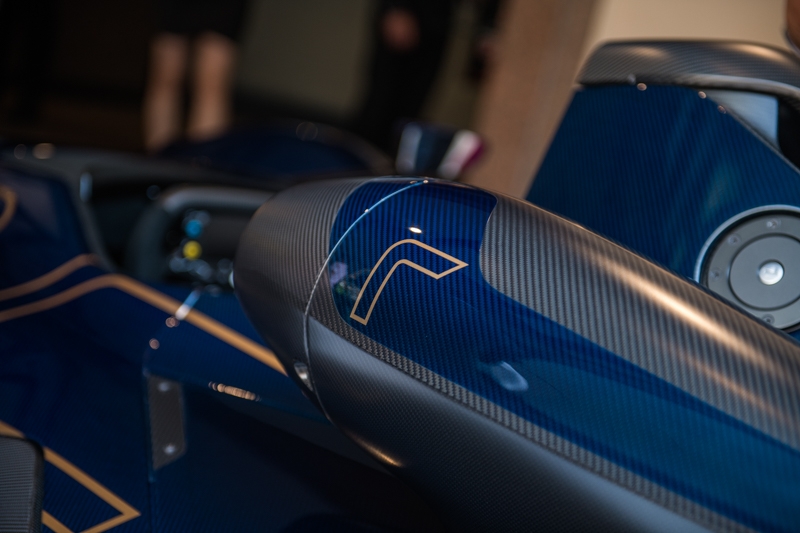 The entry level model meanwhile, is simply called the Mono, also using the 2.5-litre Mountune engine but with a different crankshaft, cylinder head, and with a smaller bore and shorter stroke. With a redline of “only” 7,800rpm, it musters 305hp and 308Nm of torque, and is a little heavier at 580kg, but that’s still more than enough performance for it to hold the production car lap record at Sepang Circuit, at 2:14.617. 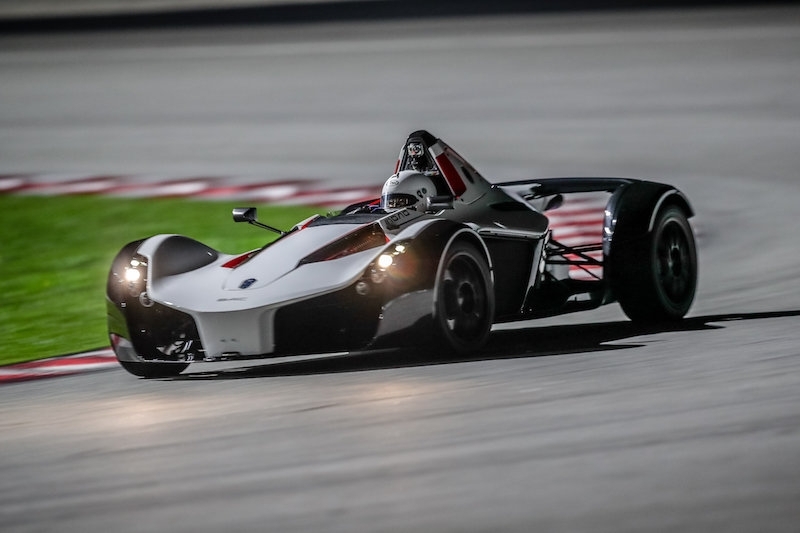 The third model will enter production next year, the Mono F, and is BAC’s response to more stringent Euro 6D emissions standards. The Mono F switches to a 2.3-litre turbocharged four-cylinder which will enable the company to sell the car in more markets. This engine is good for 332hp and 400Nm of torque, yet despite the extra complexity that comes with forced induction, still manages to weigh in lighter than the base Mono, at 570kg: 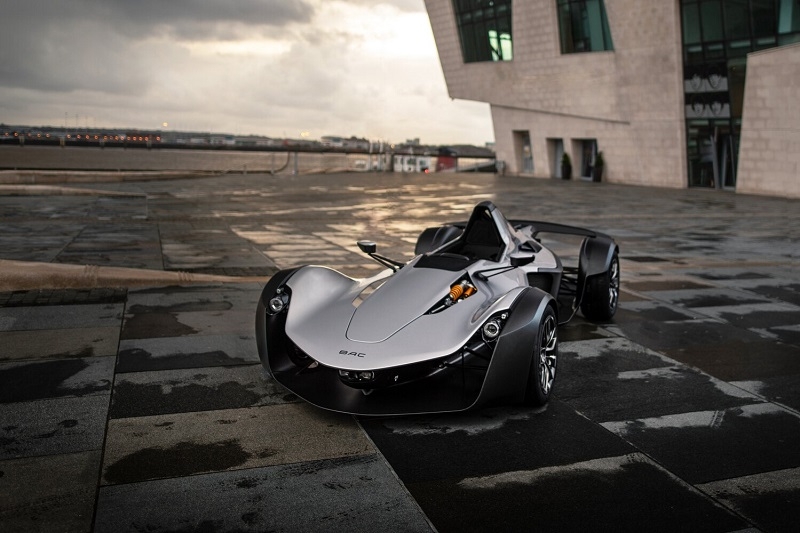 Not only does the Mono look like a racing car, it’s built like one too. At its core is a steel spaceframe chassis which also forms the safety cell. Bolted to the back of that and forming a load-bearing part of the structure are the engine and gearbox - a six-speed Hewland sequential unit similar to what you’d find in a Formula 3 car. All of it is cloaked in carbonfibre-graphene bodywork that’s optimised for low drag rather than massive downforce. 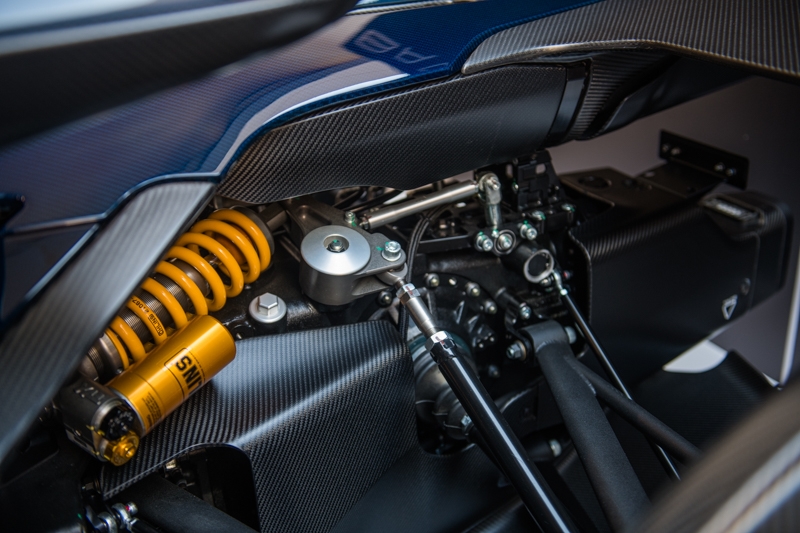 The pushrod-style suspension is mounted inboard and is fully adjustable, while AP Racing brakes and lightweight OZ Racing wheels are wrapped by bespoke Pirelli Trofeo R tyres, measuring 205/45R17 in front and 255/40R17 at the rear. 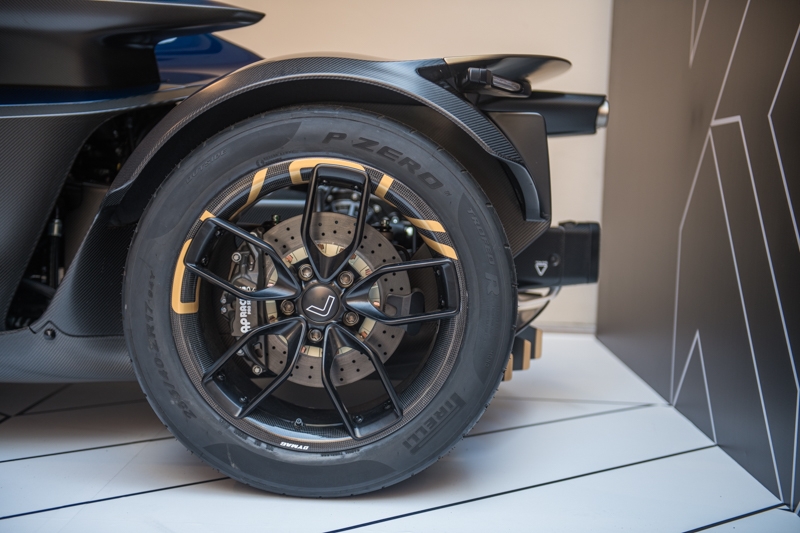 Inside the fully weatherproofed cockpit, everything is there to facilitate one thing and one thing only: the act of driving. Up front is a detachable steering wheel with an LCD readout and buttons for all the horn and lighting functions, and down by your left and right thighs are dials for the traction control and brake bias, as well as buttons for the electric kill switch and onboard fire extinguisher. And to ensure the ultimate physical connection between car and driver, the fixed seat and steering wheel are moulded to the customer’s body shape and palm grip. 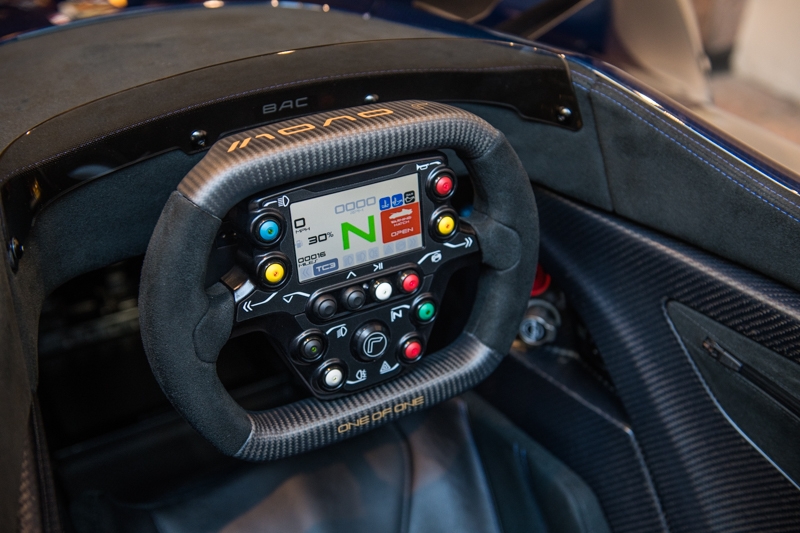 The ultimate track toy you can buy will set you back S$300,000 for the base Mono, and around S$550,000 for the limited Mono R, both without taxes. In a hypothetical utopia where Singpaore wasn’t so oppressive about cars though, the Mono would probably cost around the same as a Porsche GT3 RS on the road. That’s probably a figure worth noting if you’re from Up North however, as the BAC Mono is road-legal in Malaysia - you lucky bastards… 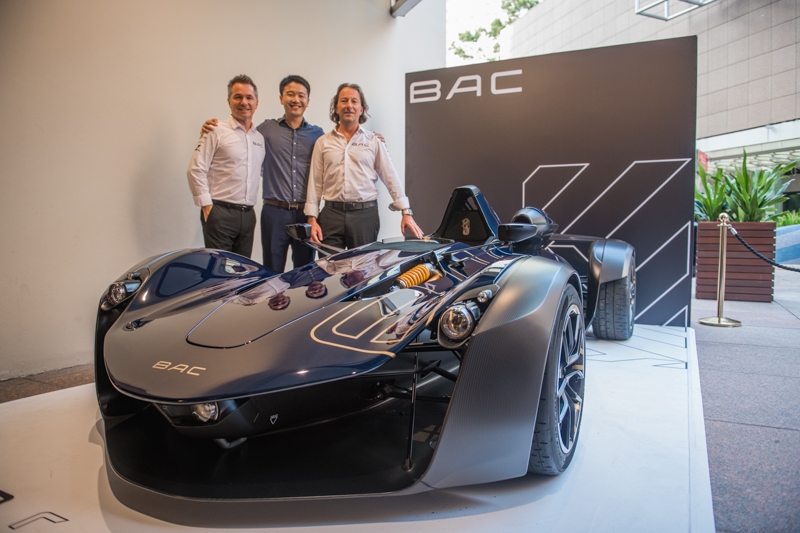