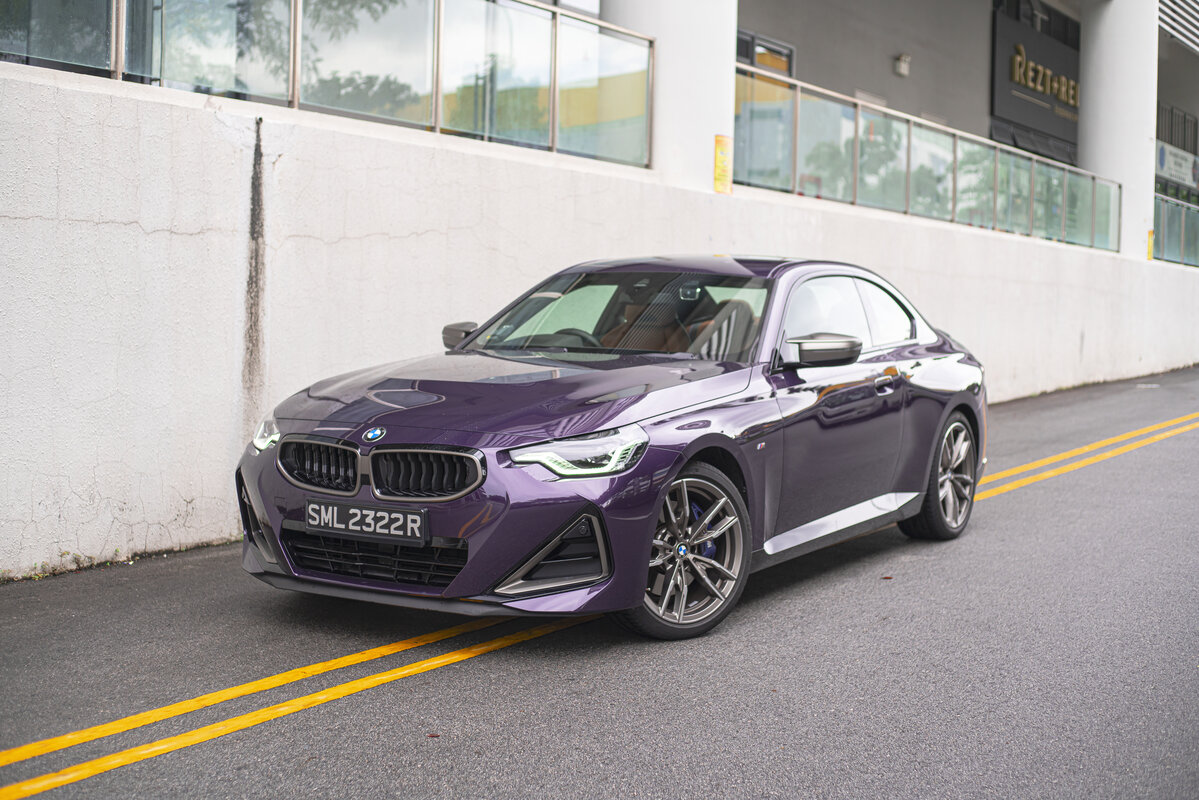 BMW M240i rolls back the years

There used to be a time, up until the early 2000s, or thereabouts when you could tell you were driving a BMW just by how the steering felt and how the car handled. It didn’t matter which model you were behind the wheel of; 3, 5, or 7 Series, maybe even a Z4 or early X5, every model was united by an unmistakable steering feel and way the controls fell to hand. 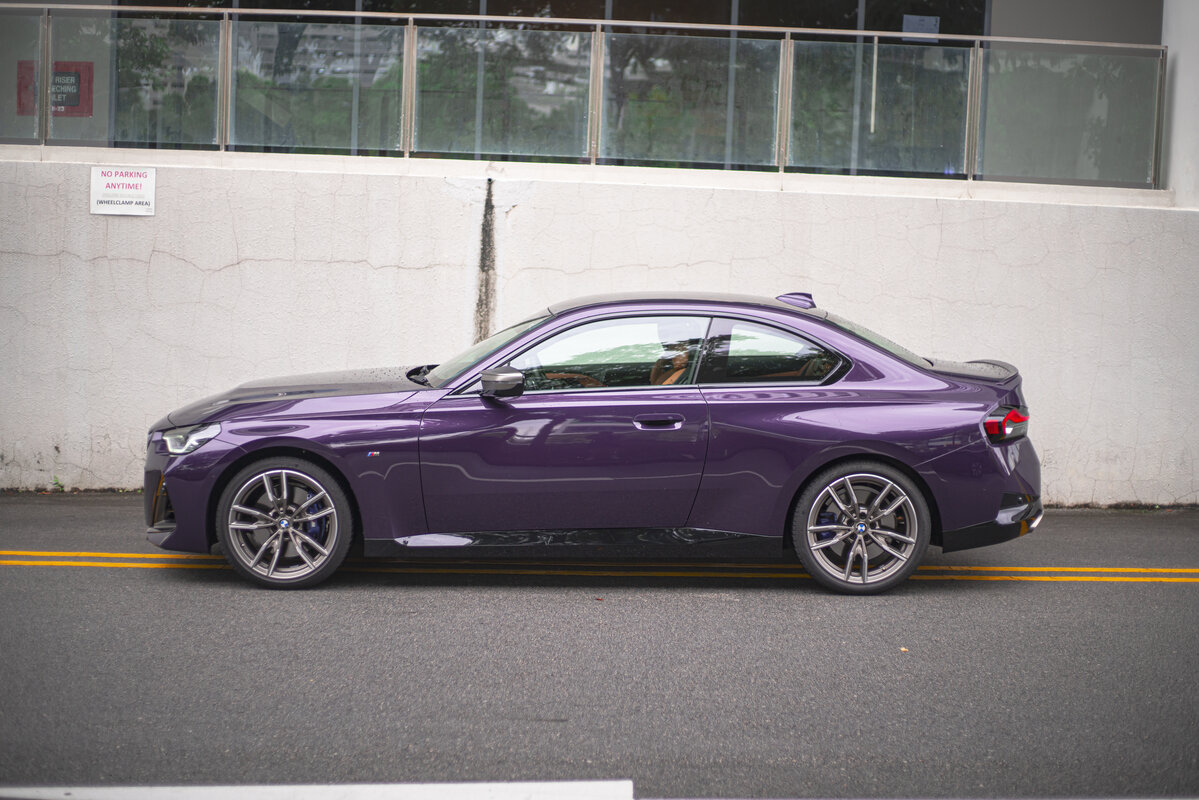 In more recent years, the latest BMW models seems to have lost this loving feeling. Make no mistake, they’re perfectly good over any road, but defining what that BMW ‘feel’ is has become a lot harder with such a diverse model range. 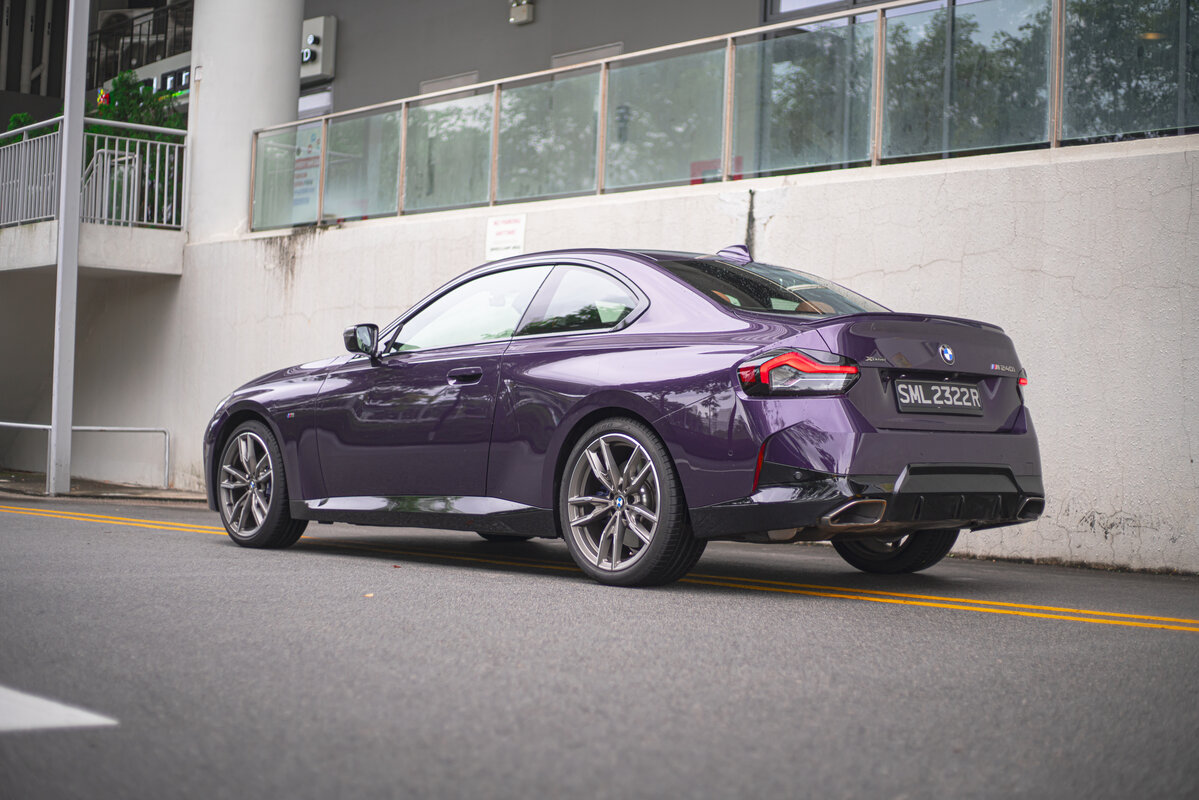 Fortunately, if you want to feel what this feeling is, the BMW M240i driven here comes the closest to feeling like how the cars of the 80s and 90s – the ones that put the brand on the map – actually felt like to drive. 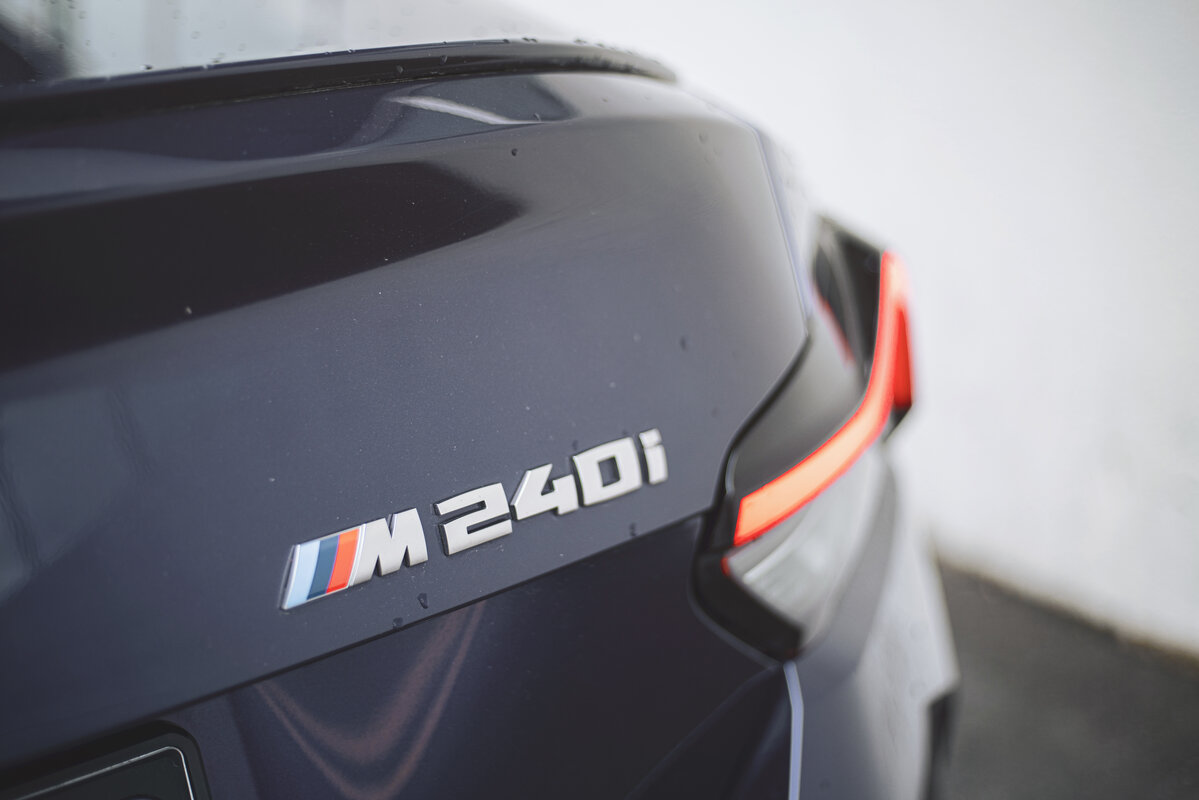 This elusive BMW ‘feel’ is a combination of a perfectly weighted steering wheel. Turn the wheel, and there’s just the right amount of heft which imparts a sense of quality, much in the same way the volume knob feels so satisfying to turn up on a high-end amplifier. Cars with an overly light can feel flimsy in comparison and when driven enthusiastically, it’s too easy to wind on more steering input than intended. 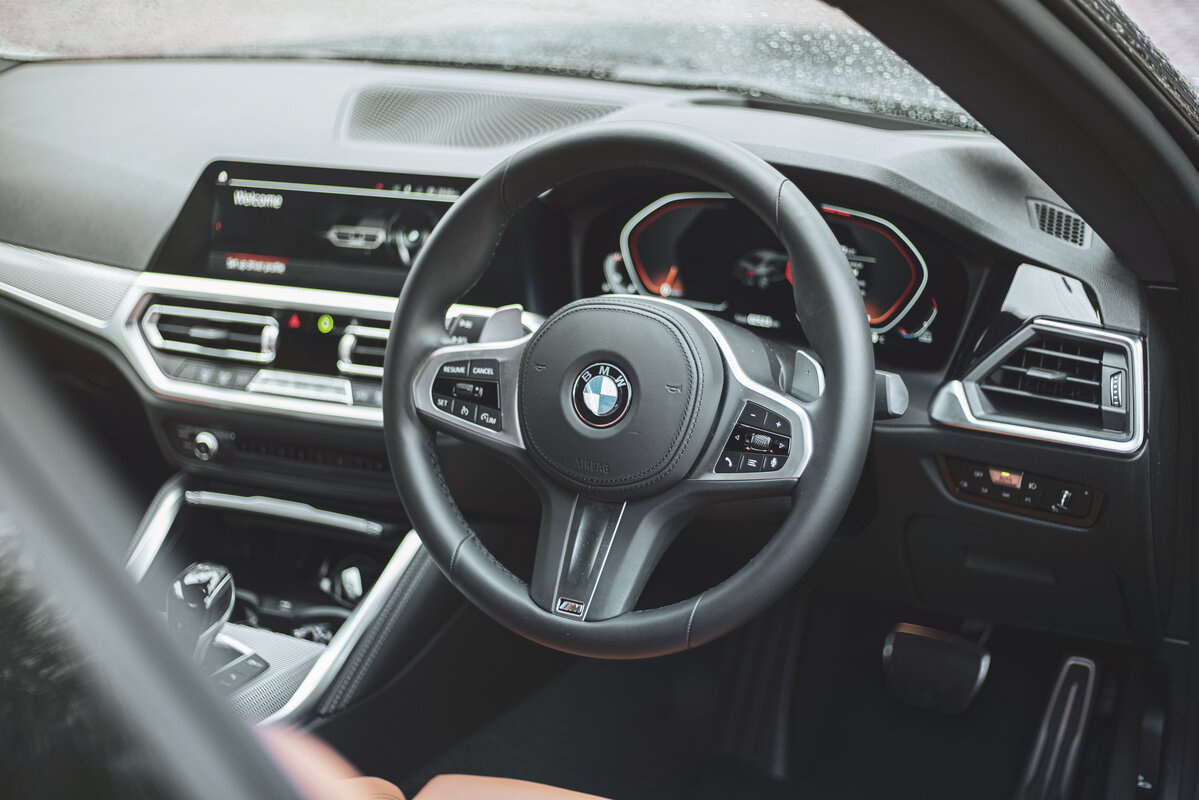 The M240i may not feel exactly the same as say, an E36 3 Series Coupe – it’s xDrive system, Beemer-speak for all-wheel drive sullies some of that unfettered steering purity, but it’s still closer than any other BMW model on sales today, pure M cars included. 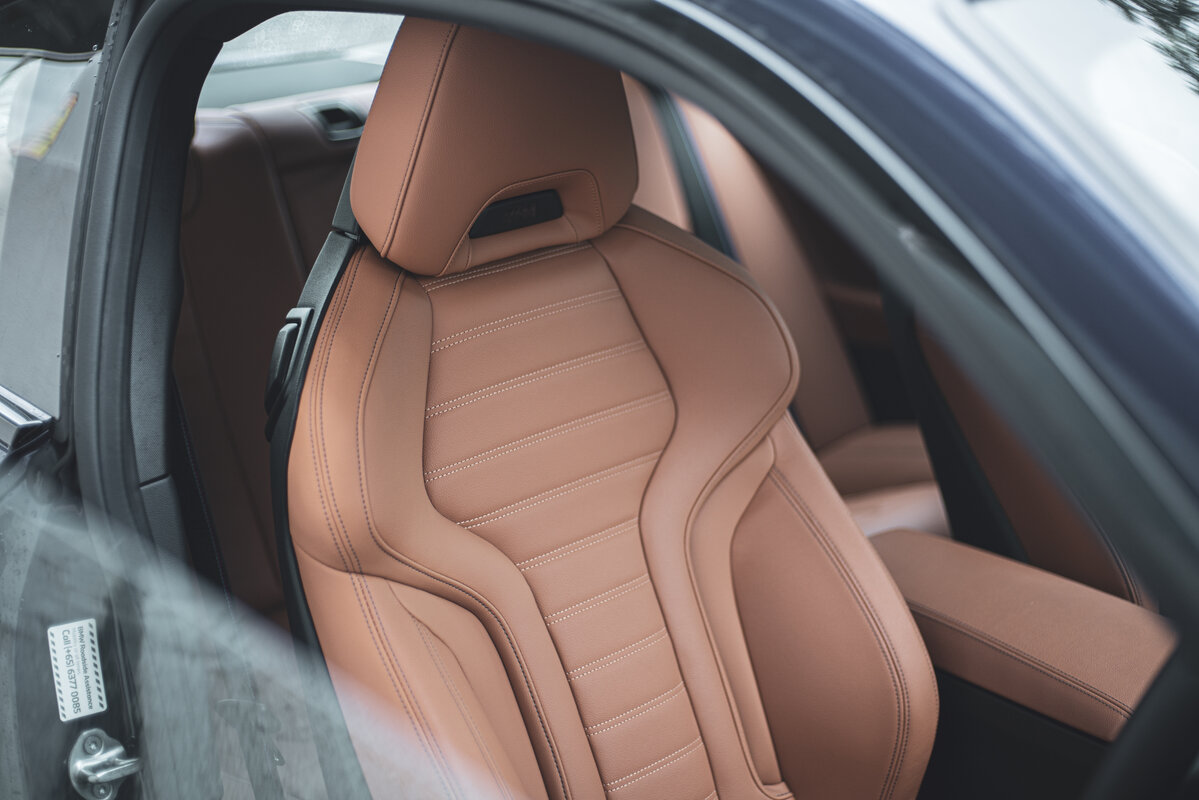 Its diminutive (for 2022) size is a major part of the equation. Although it still dwarfs something like an E30 3 Series for example, the proportions of the M240i impart the same sense of compactness while the modern dimensions afford its occupants the copious amounts of elbow and legroom that we take for granted in news cars today. Try squeezing yourself into an 80’s 3er and you’ll know what I mean… 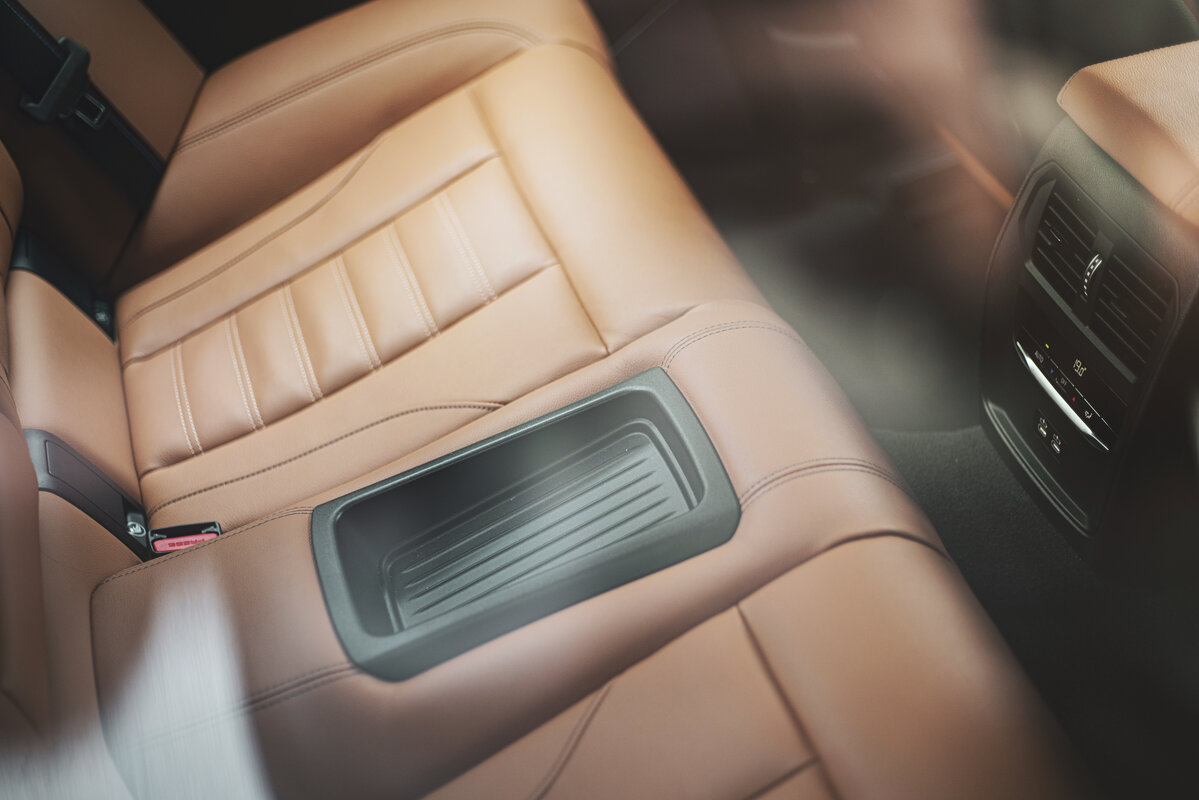 The driving position is another crucial aspect of making the driver feel right at home in an M240i. In this car, The gear shifter – Yes, at least there’s still one in here (I’m looking you, Audi RS 3…) – is an essential part of the driving experience and I find myself palming that silver knob whenever I’m stopped at the traffic lights in anticipation of moving off again. 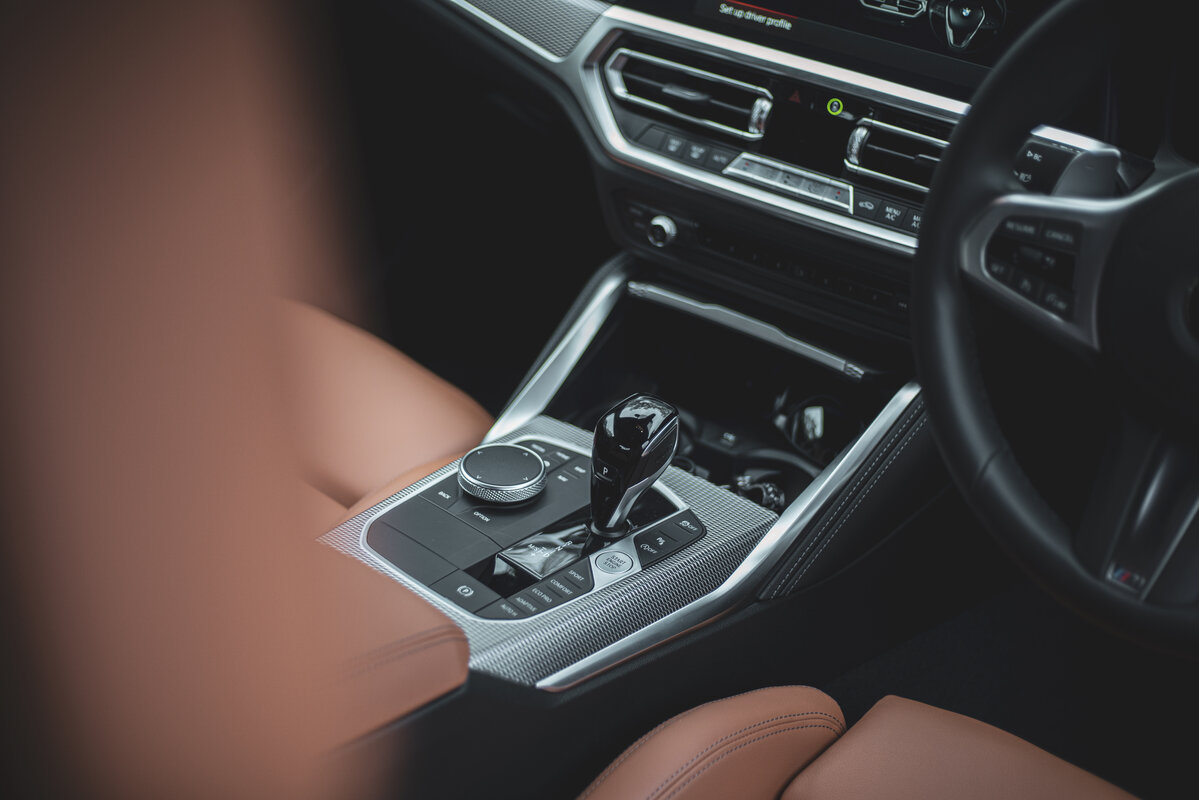 It’s a pity that a manual transmission is no longer an option in the 2 Series Coupe. However, it’s unlikely that most owners are going to miss it as the 8-speed automatic gearbox from ZF is remarkably versatile – smooth as you like when you want a comfortable drive, yet it dishes out the right ratios faster than a Black Jack dealer in a Vegas casino when a spirited driving style is called for. 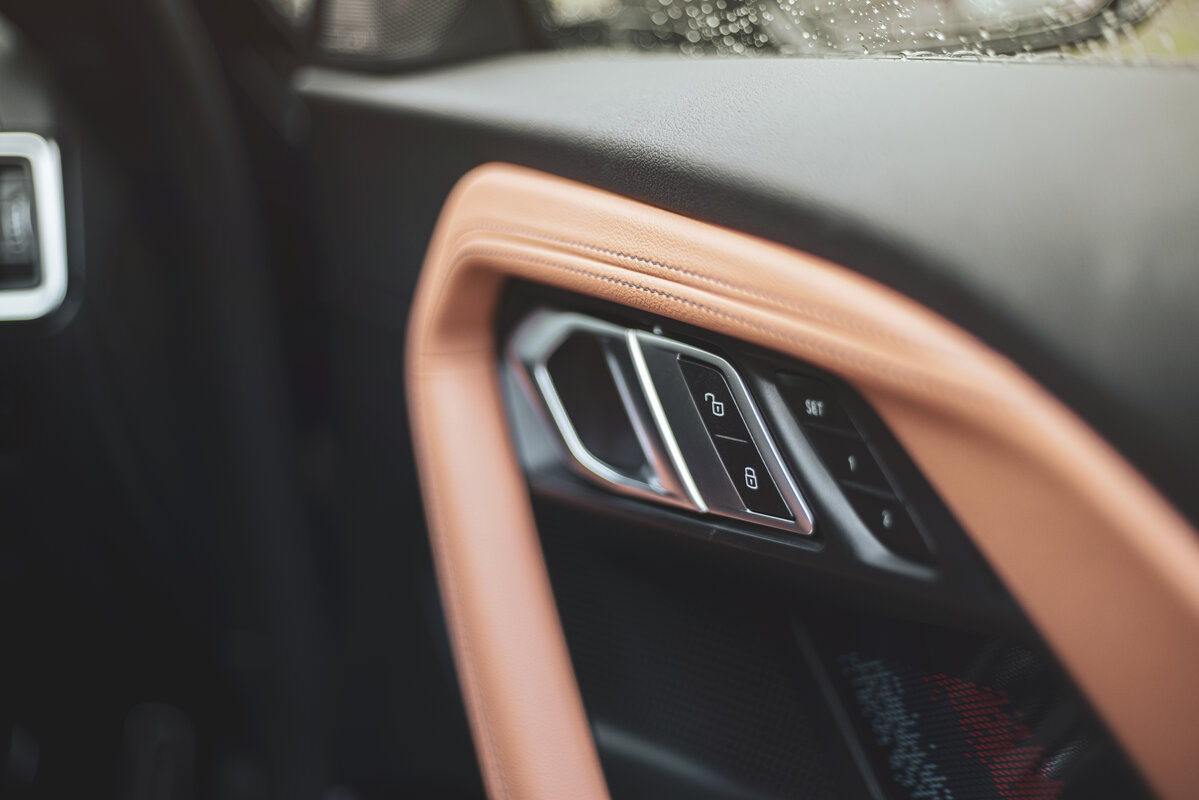 The compactness of the cabin also plays a role in creating an intimate driving experience. It makes the driver feel more connected to the car. Yet, the proportions are just right in the M240i for it never feels cramped either even when a 100kg writer is seated comfortably inside. The electrically-adjustable front seats have such a wide range of adjustment that the seat height at its lowest position finds my 180cm frame unable to peer over the top of the instrument binnacle. Drivers bigger than myself will have no problems getting comfortable in here. 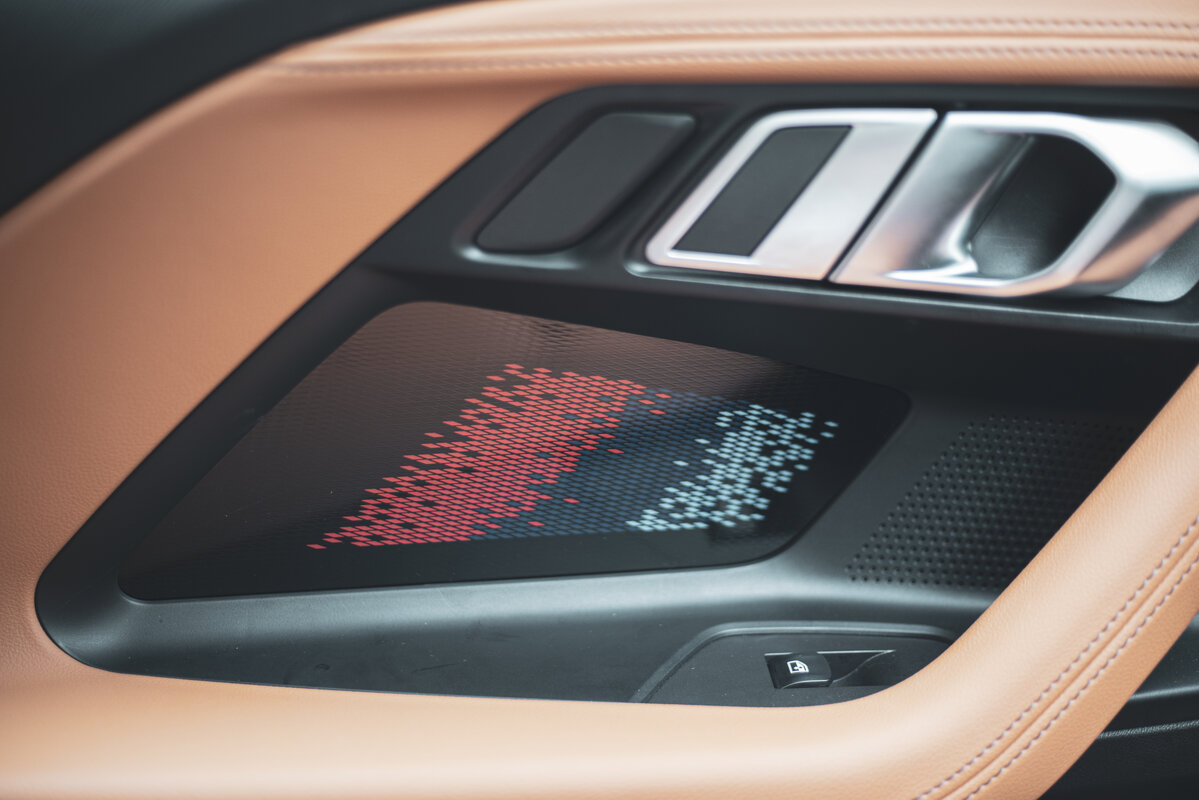 Passengers in the rear seats however, won’t be so well catered for. Then again, this is meant to be a 2+2 rather than a full-fledged four-seater so there has to be a compromise somewhere if you want a compact coupe that comfortably accommodates large front occupants. 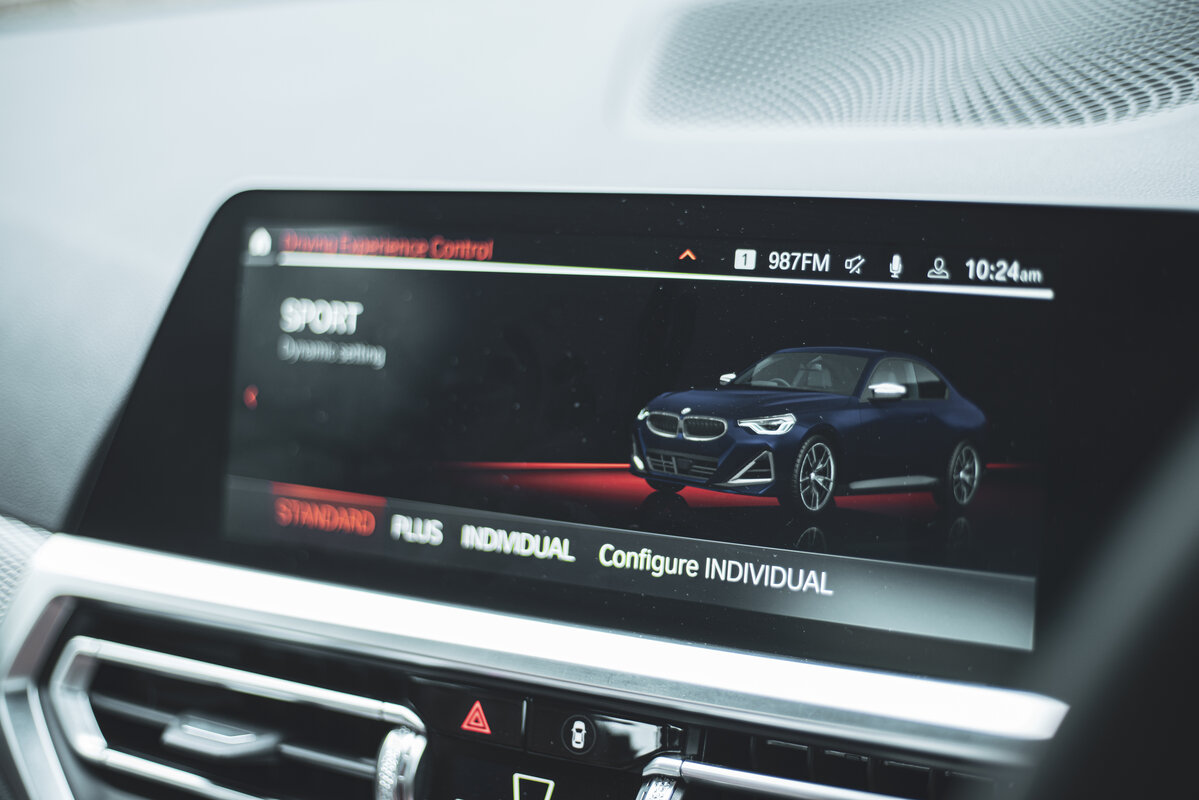 The M240i is a wonderful car. In fact, I’d go so far as to say that it’s the best handling new BMW on sale today. Ultimately however, it also made me miss the previous generation 2 Series Coupe even more. The all-digital instrument panel, electronic parking brake, all-wheel drive and an altogether fussier exterior styling all conspire to make the new 2 less desirable than the one that preceded it. 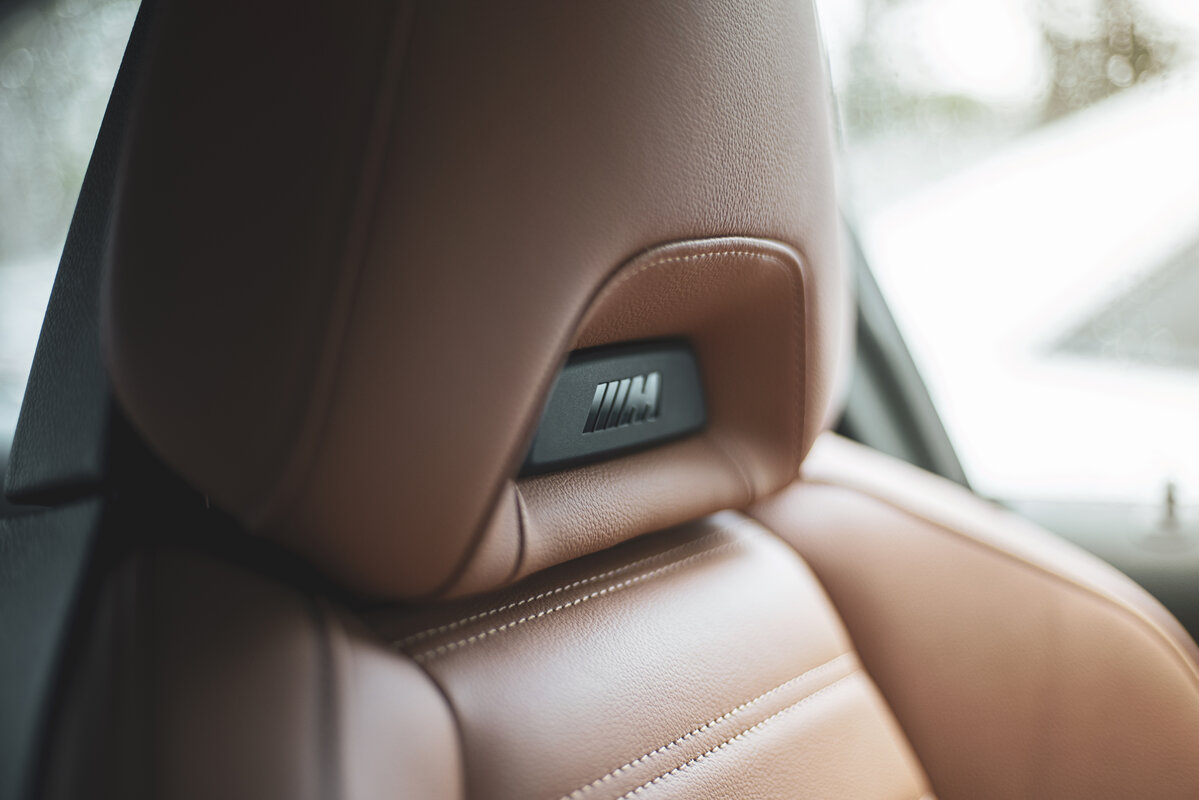 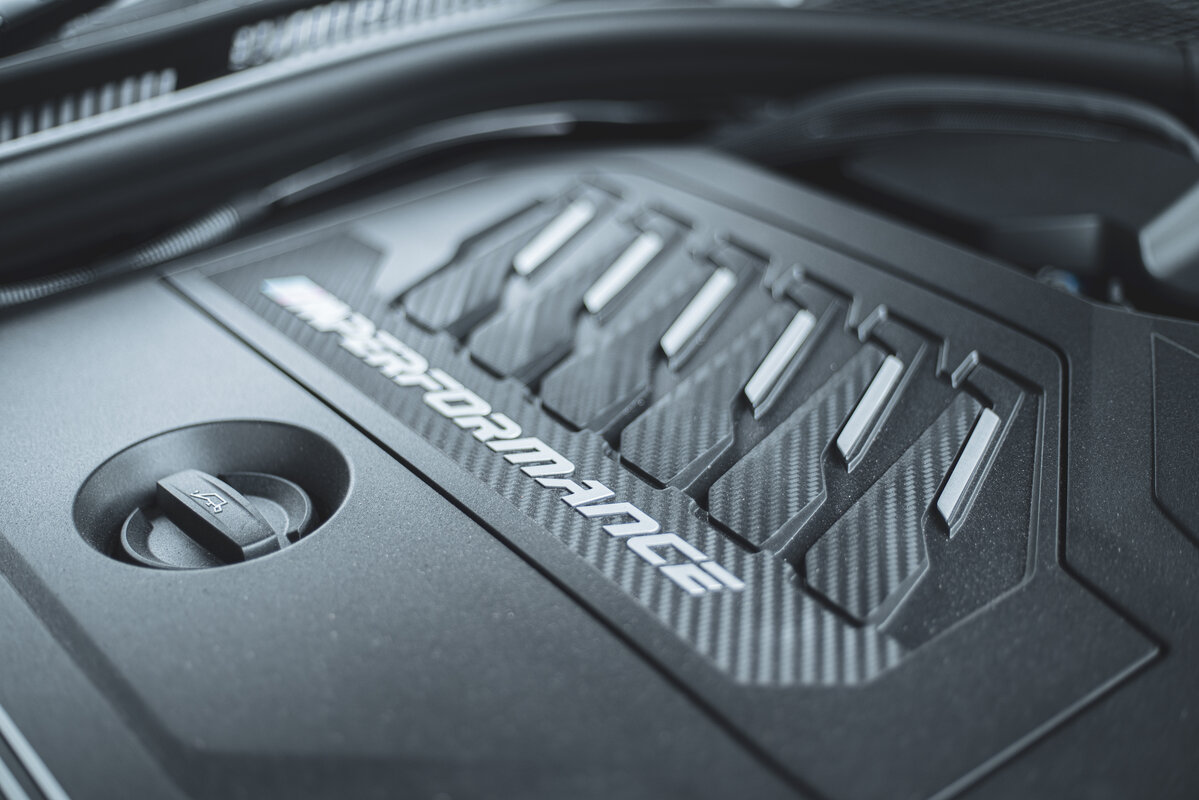 The face that the previous 2 Series Coupe made it through its production life without a Life Cycle Impulse (LCI) – BMW-speak for facelift – is a testament to the ‘rightness’ of its design that couldn’t be bettered. In many ways, it still can’t. 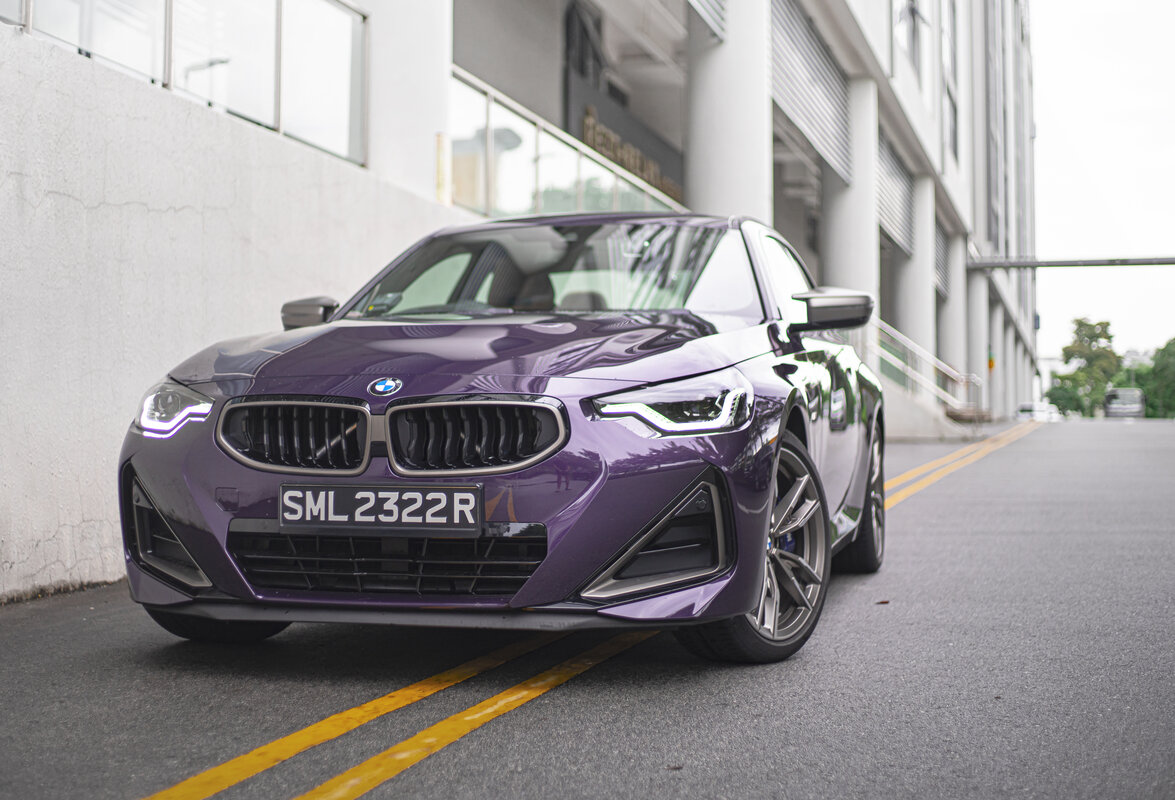