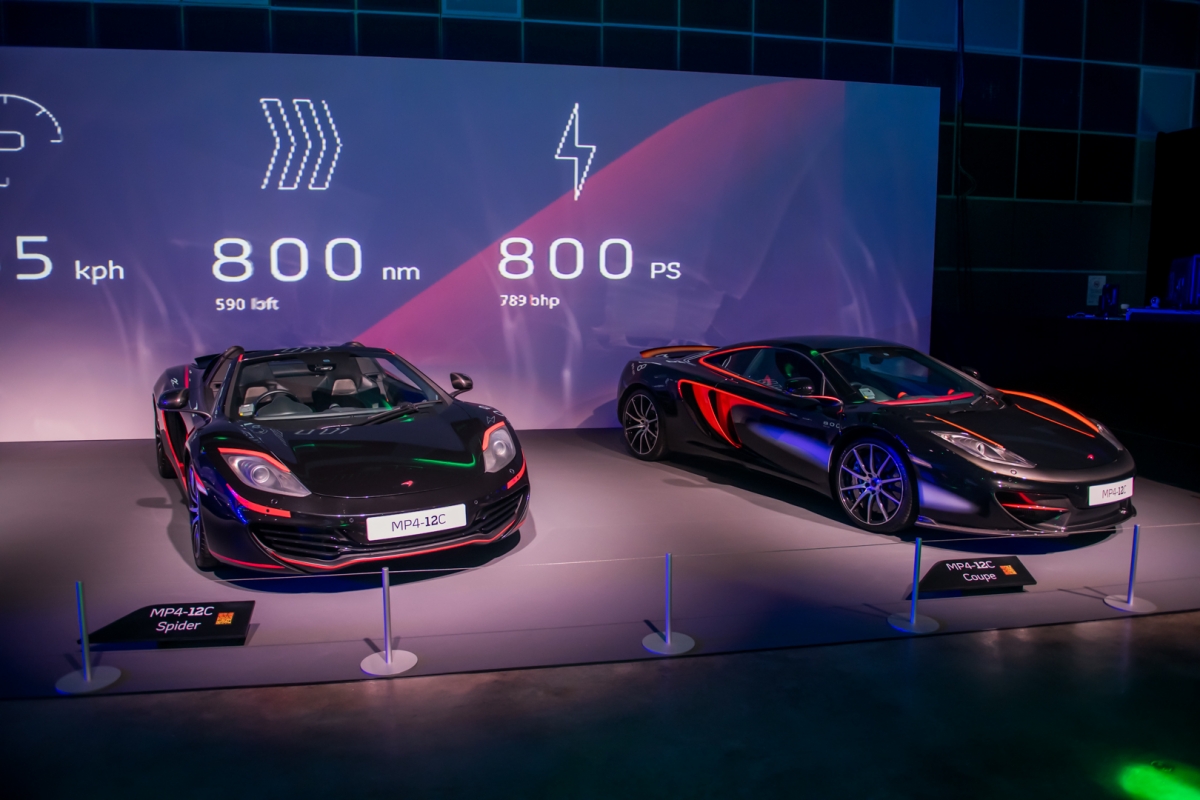 New kid on the block surrounded by greats from years past.

From today, Friday 30 September, to Sunday 2 October 2022, if one is in the vicinity of the Singapore GP circuit and decides to mosey on down to Suntec Singapore Convention, one will be able to partake in the stunning glory and reverence of McLaren's production cars from years past - 21 of them to be exact. 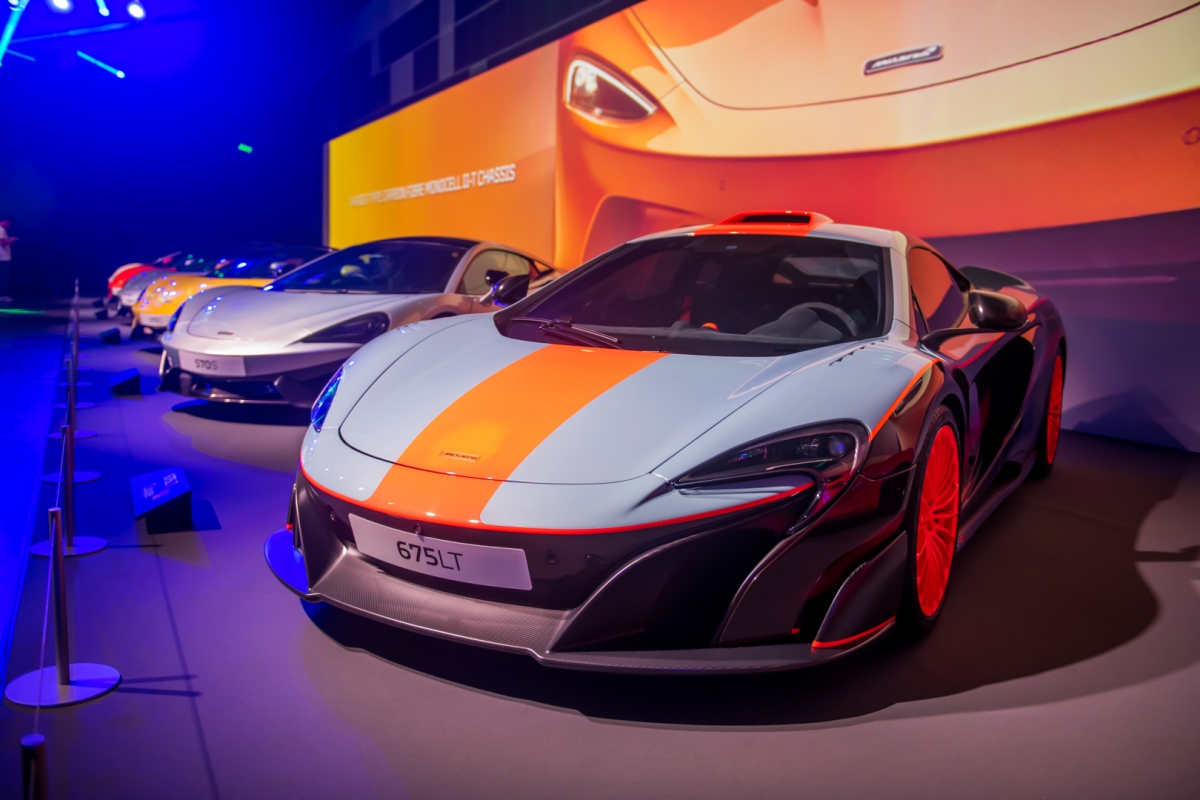 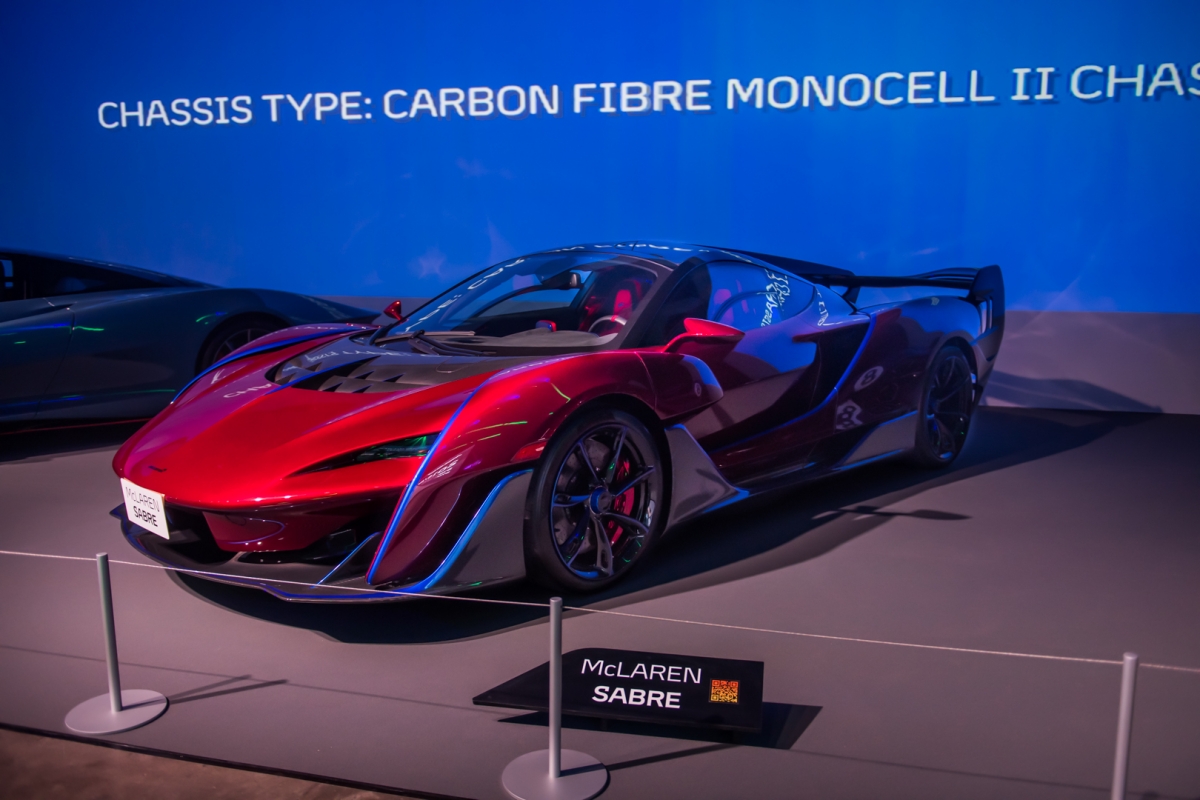 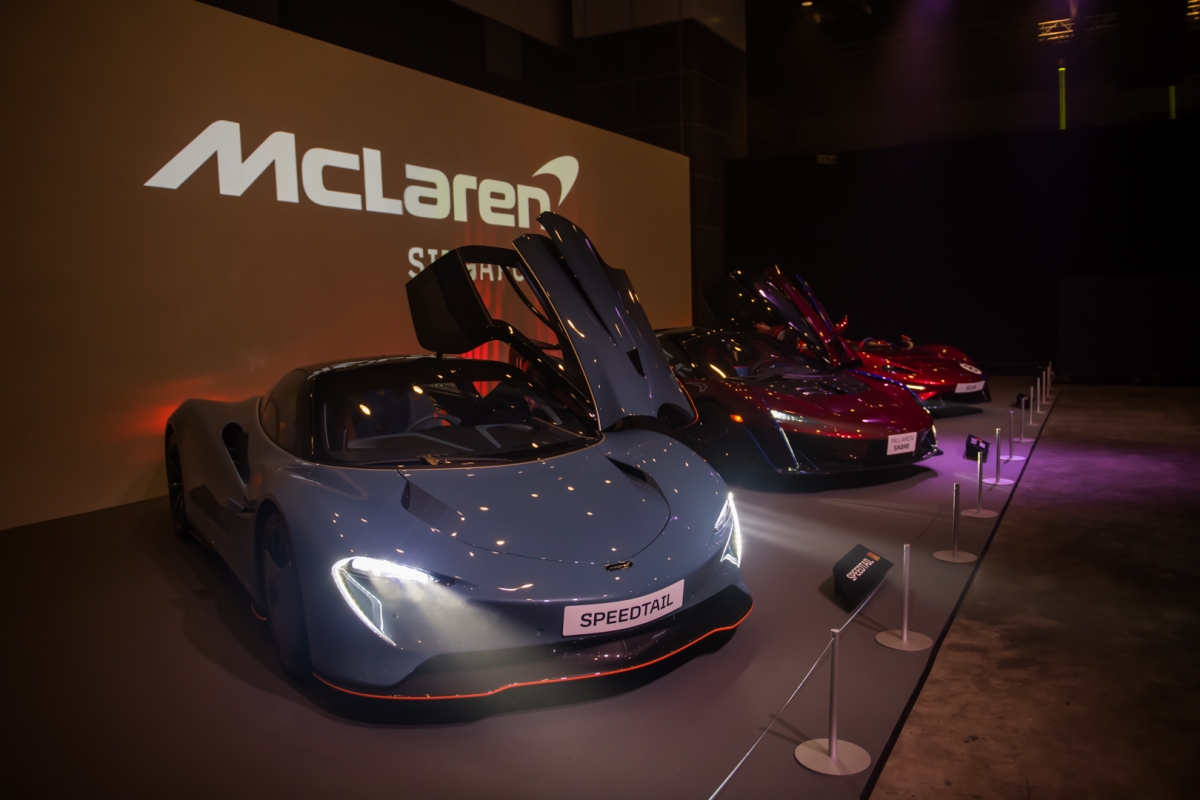 McLaren Singapore, undertaking the world's first showcase of its kind, dubbed "McLaren: The Legacy Lives On", also has a special treat in store. Nestled amongst the production McLarens from yesteryear, one will find... 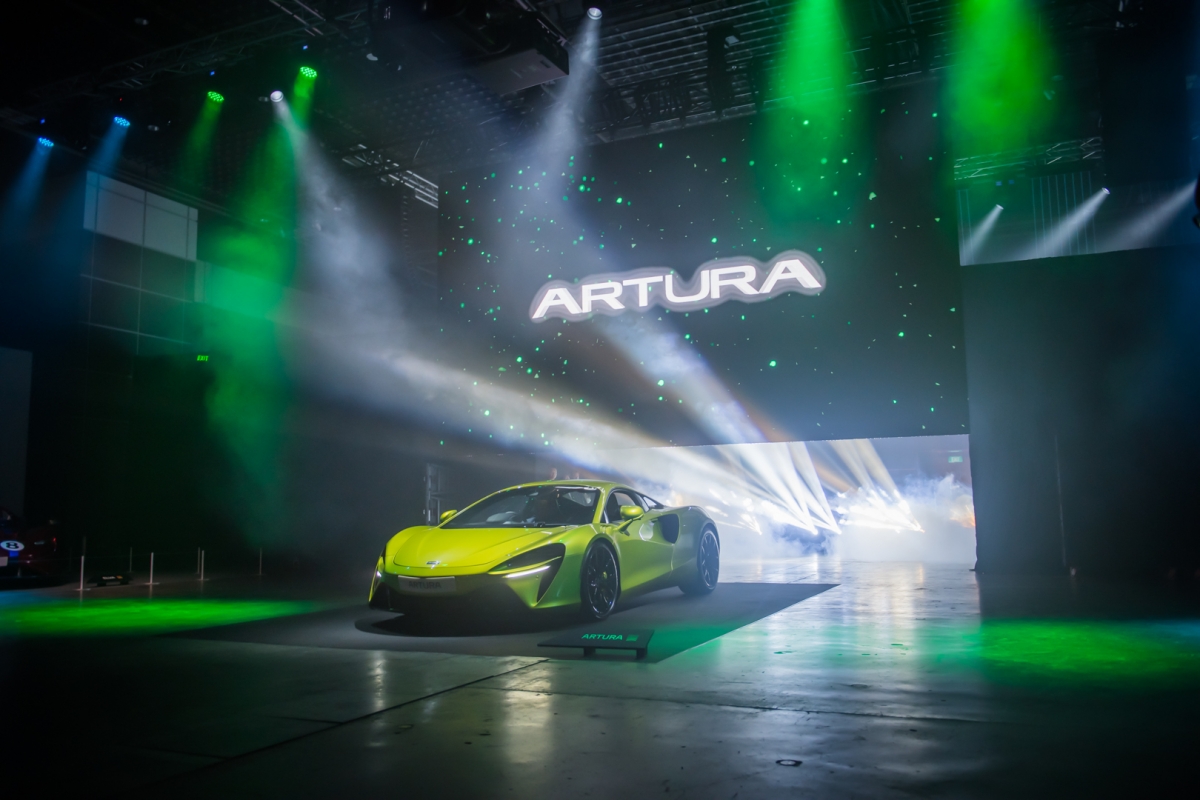 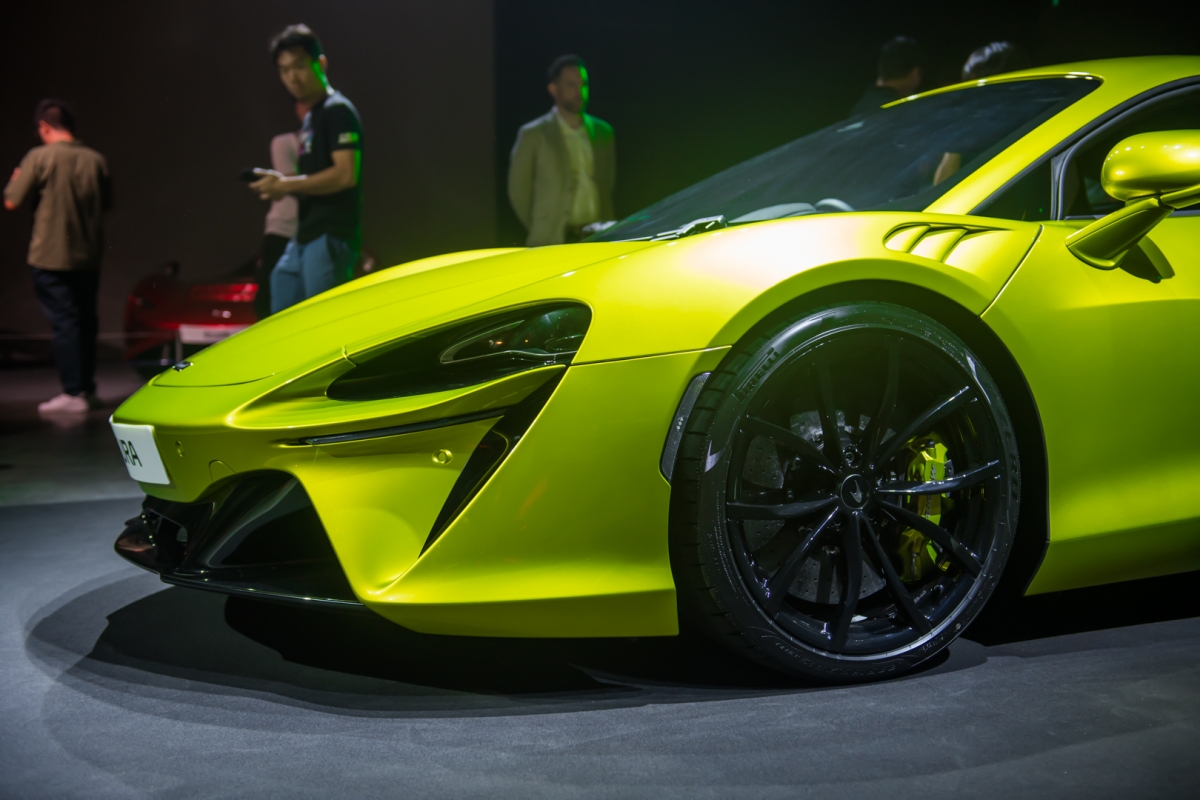 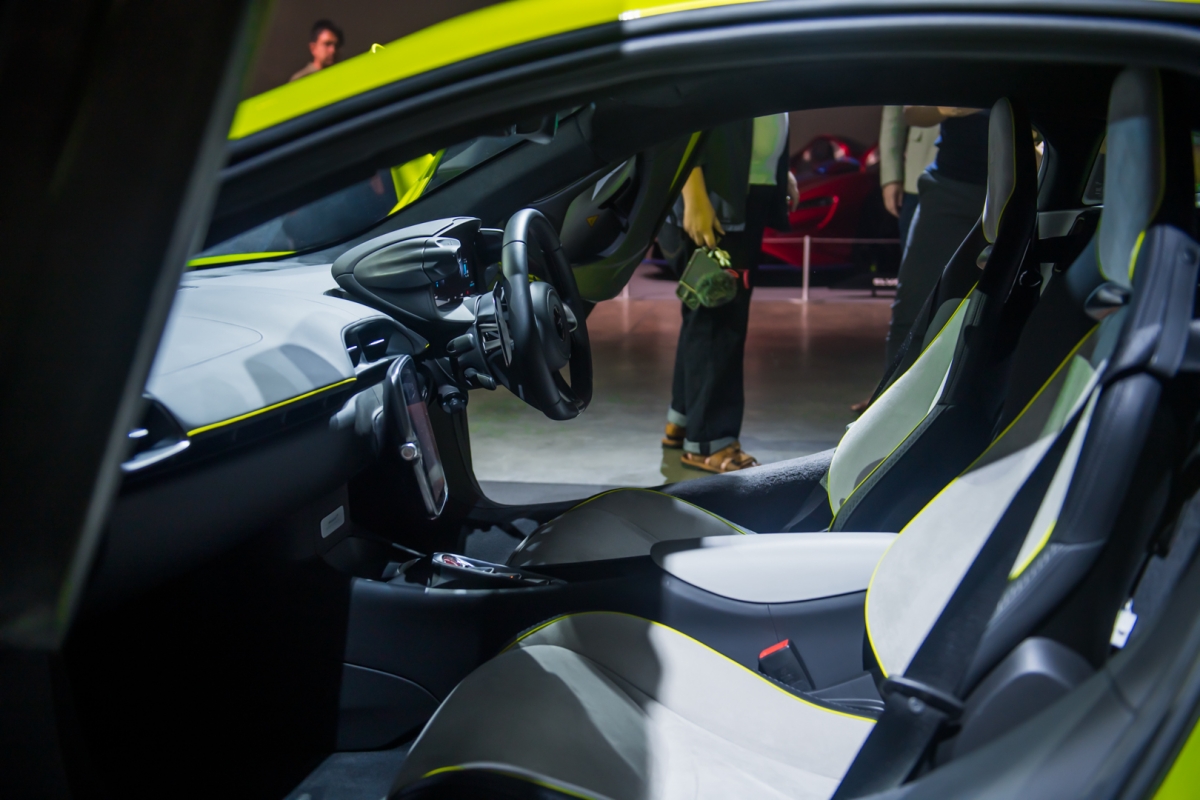 ... the brand new McLaren Artura, which has now been officially launched in Singapore.

Close, Dr. Evil, close. S$1.1 million is said to be the starting point, before options and COE.

The Artura boasts what McLaren calls a "High-Performance Hybrid Powertrain." From whence modern production McLaren Sports- and Supersports-series cars once had 3.8- and 4-litre twin-turbo V8 engines, the Artura eschews two cylinders and between 0.8 to 1-litre of engine capacity, ending up with 'just' 3-litres but still with a turbo for each cylinder bank in a 'hot vee' configuration, ensconced neatly within that 120°-V. Naturally, this has been done to meet ever-increasingly stringent emissions requirements, but fret not. 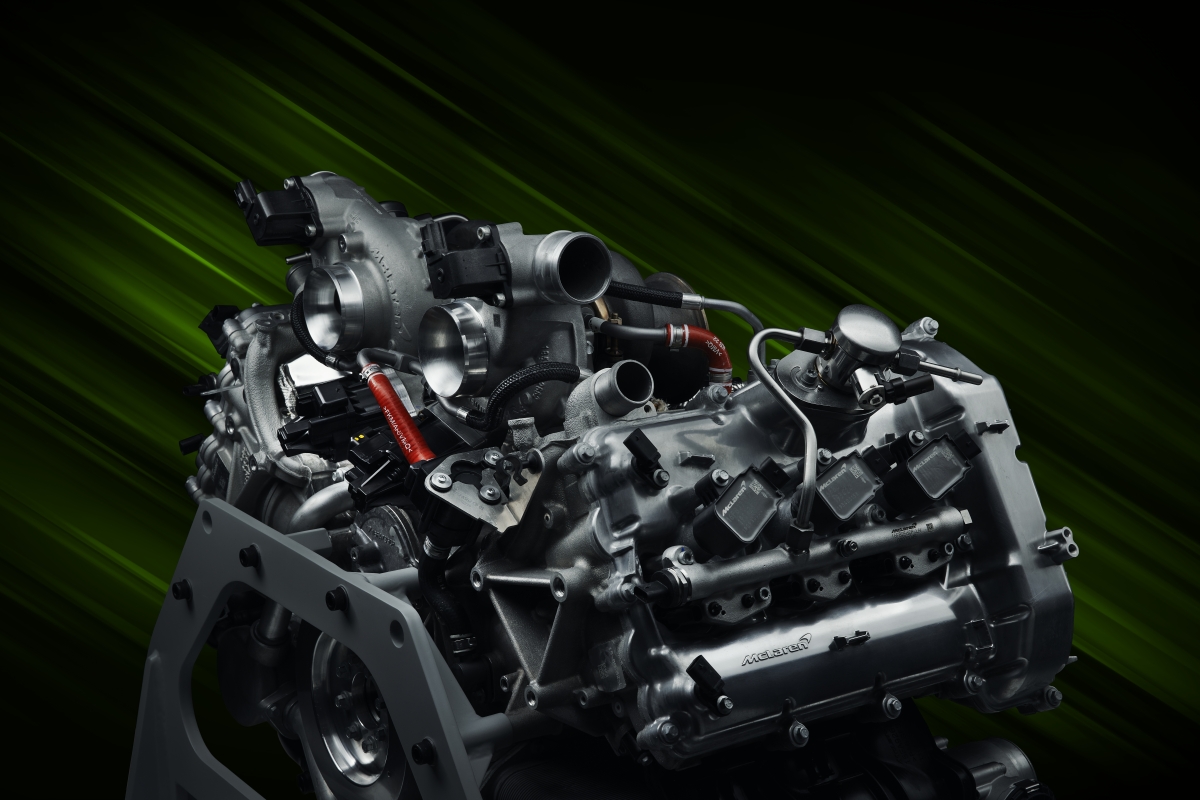 McLaren is no stranger to hybrid powertrains. Remember the P1's mental 903hp with its hybrid engine? Well, the Artura is more sane in its delivery, putting out 577hp and 585Nm of torque. Lopping off two cylinders means that this new engine is 50kg lighter than the previous 4-litre V8. Adding in that hybrid motor also means "torque in-fill" before the turbos kick into full song, like the P1, and the hybrid motor is able to generate 94hp and 225Nm of torque by itself. Hybrid engines are not well known for high rpms, but the Artura's unit is tuned to sing all the way to a dizzying 8,500rpm. 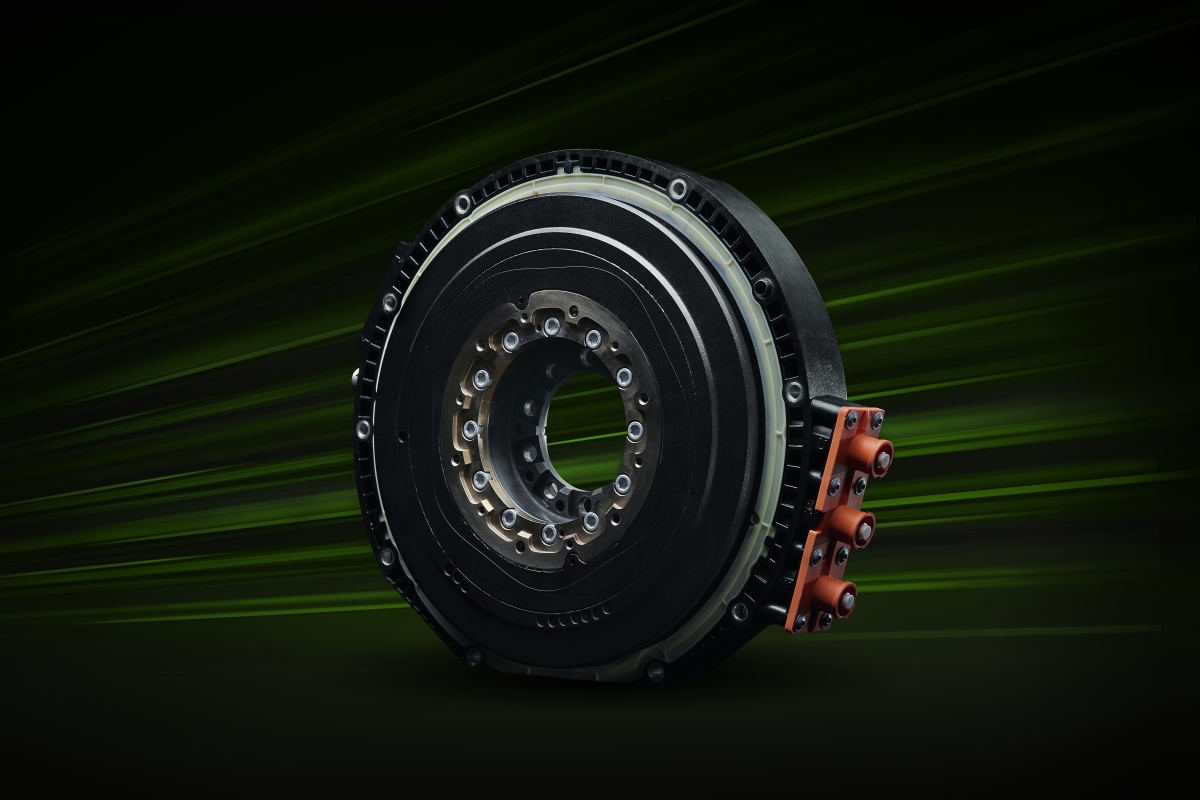 Top up the 7.4kWh battery-pack while on the move or via the wall outlet, and one can also enjoy up to 30km of silent-running range on pure electricity. Silent start-ups early in the morning would also likely go some ways to keeping wealthy neighbours happy. 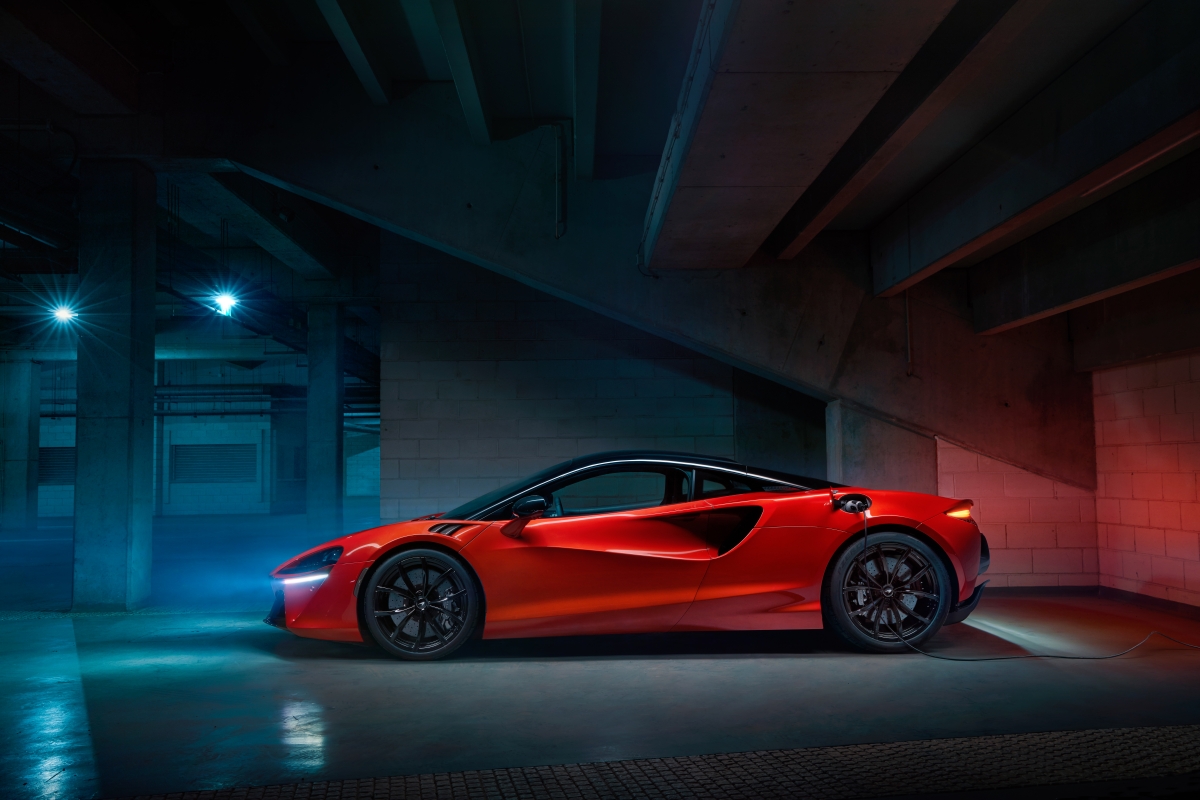 All of the Artura's ponies and twisting forces are channeled to the blacktop via an eight-speed twin-clutch gearbox that's now more compact than before, courtesy of nested clutch-packs rather than parallel ones. Furthermore, it only has eight forward gears. Reverse gear has been consigned to the bin, thereby aiding the gearbox's more compact dimensions, and its function is now taken over by the electric motor spinning in the opposite direction. An electronic differential channels power to each rear wheel at different rates when enthusiastically negotiating the twisties. Yep, no all-wheel drive here, to retain the purity of sporty driving. 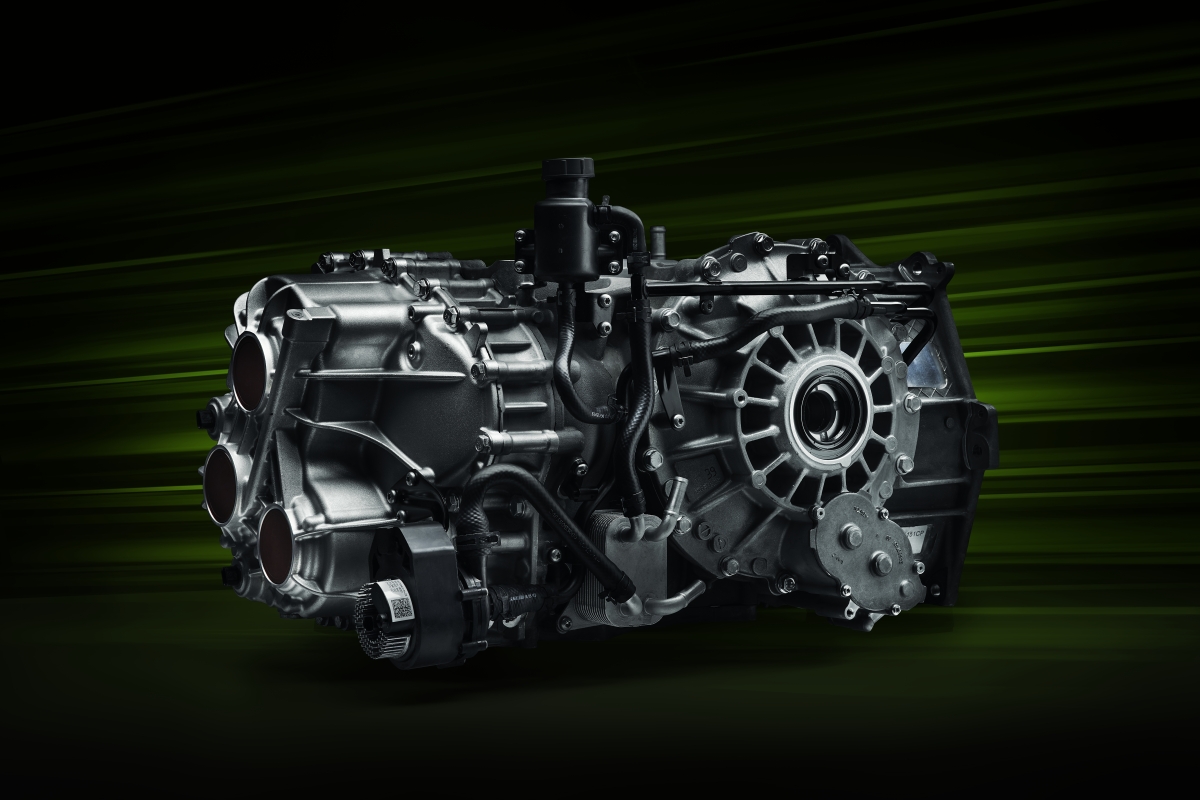 Of course, being a hybrid, the battery-pack's level of charge is regenerated on the move, but only via the 3-litre twin-turbo engine, so there's technically no need to plug the Artura into a wall socket. McLaren decided not to do regenerative-braking to retain the purity of brake-feel. Owners can decide how the electric motor is deployed while driving, via an in-cabin mode selector, to prioritise range or power, or drive on pure electricity. 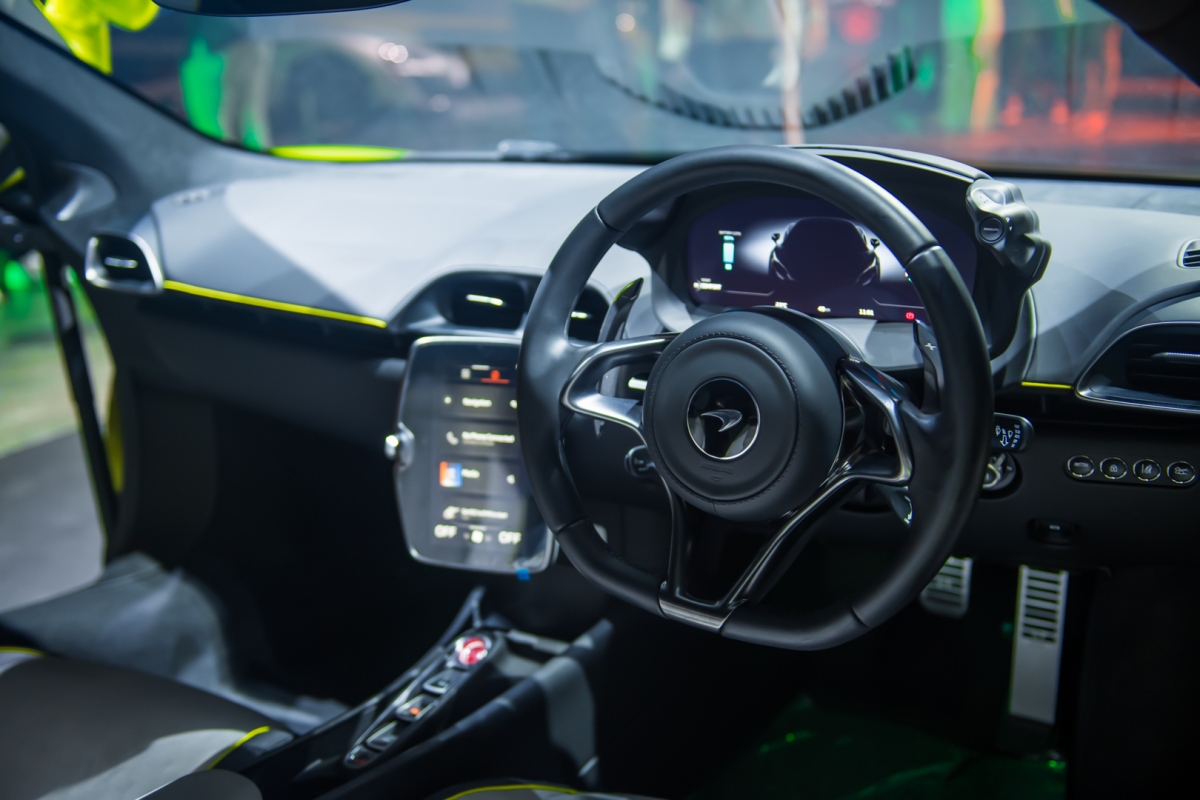 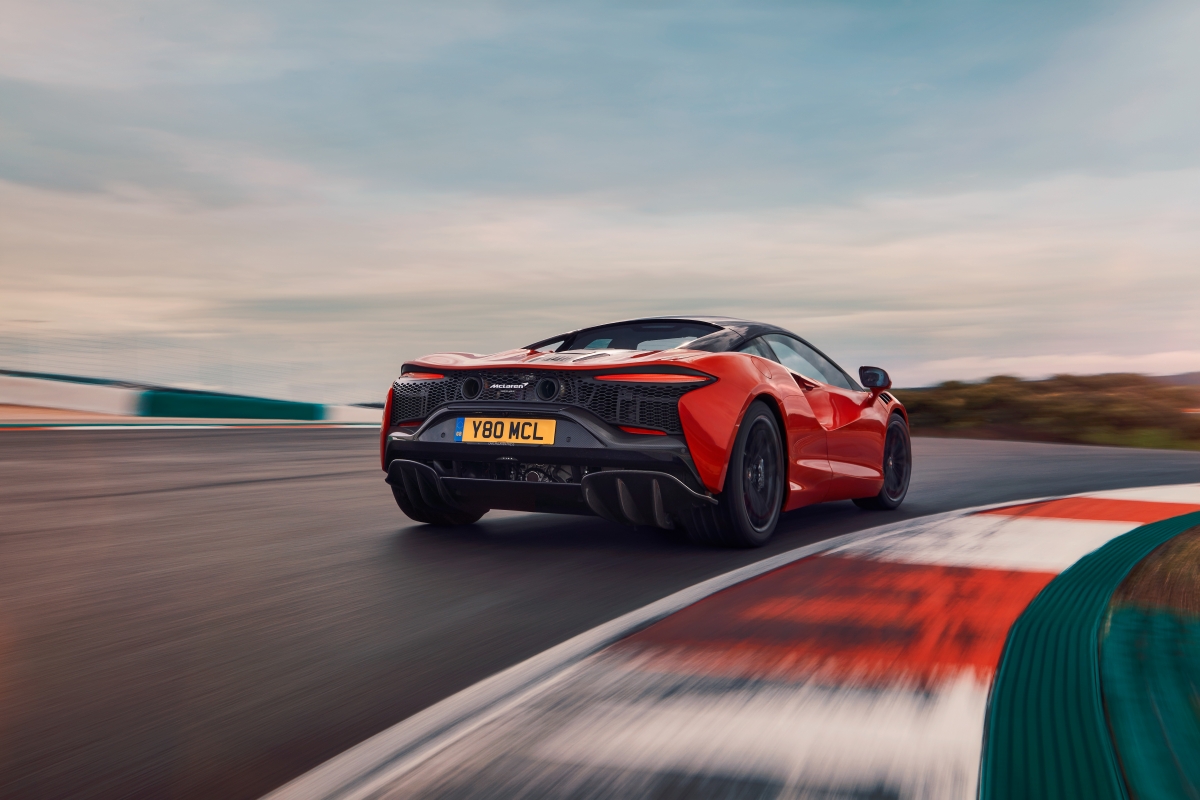 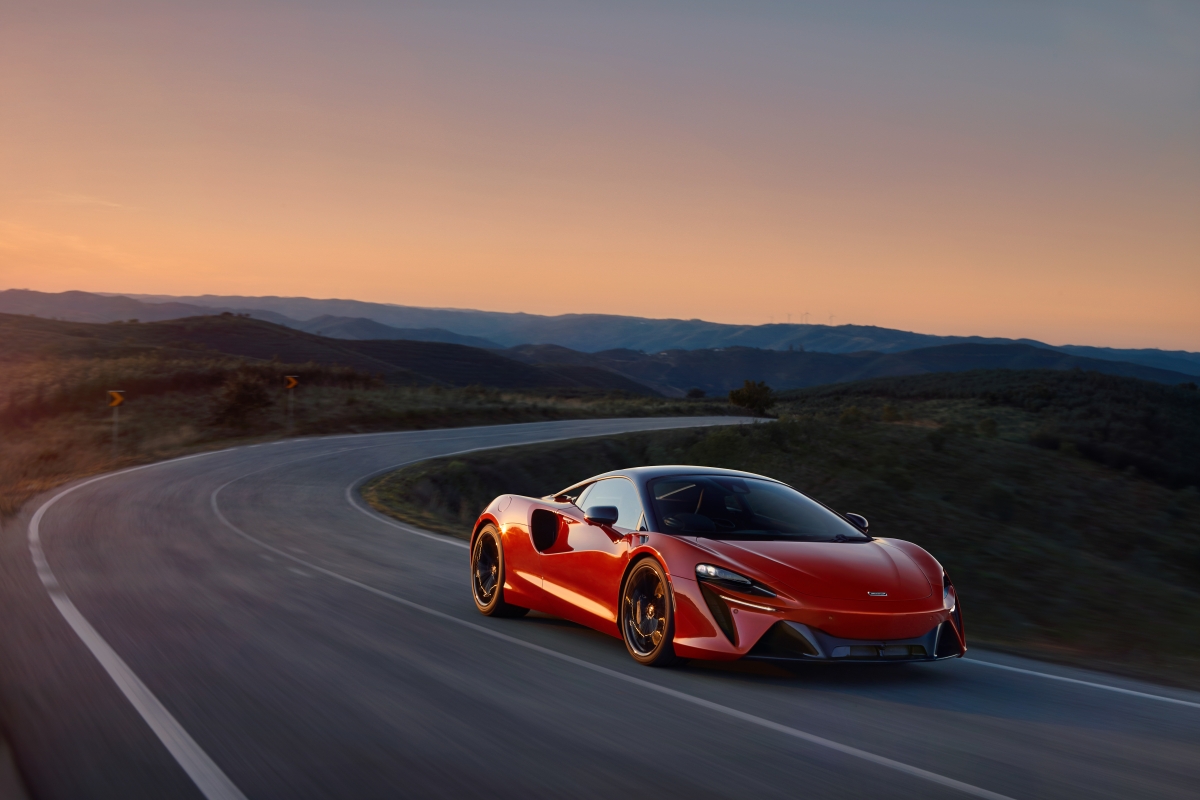 Who said going hybrid has to be boring?