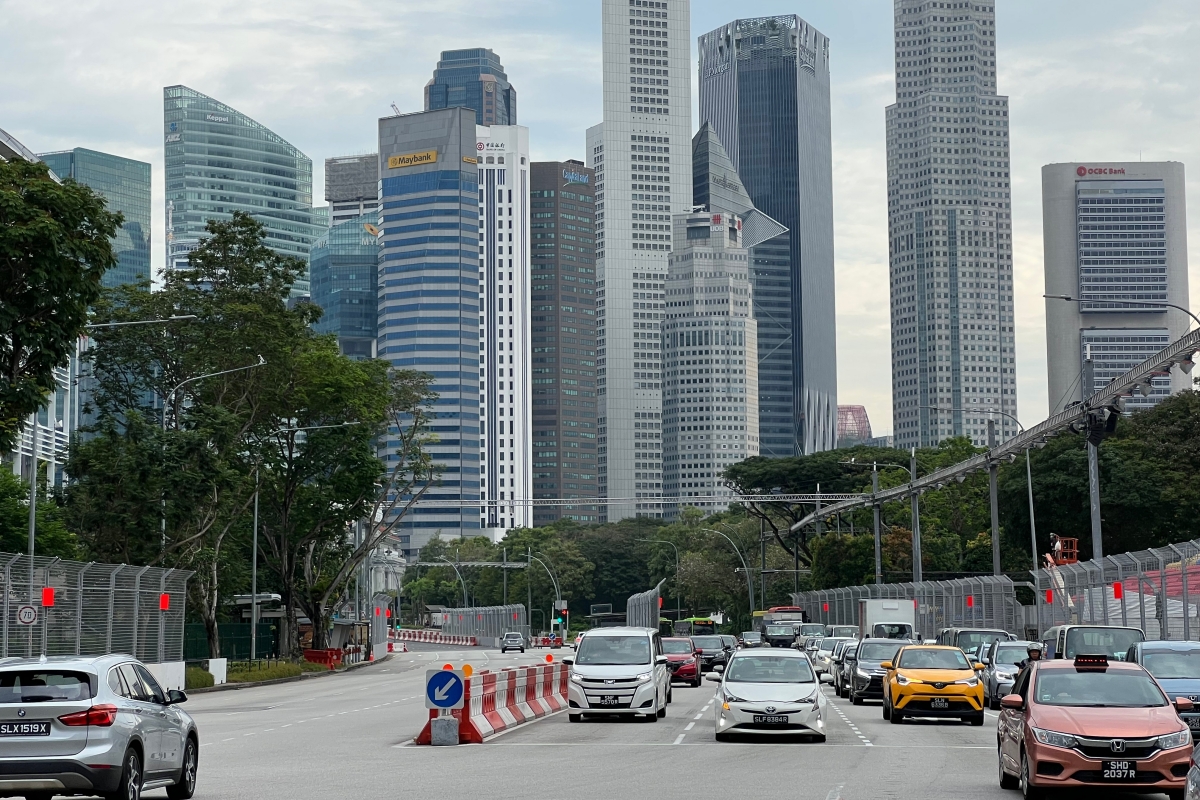 The Singapore Grand Prix is finally back in action, but with the race comes a number of expected road closures.

The COVID-19 pandemic resulted in the cancellation of the two previous Singapore Grand Prix, but finally after a long hiatus, the Formula One circus is back on our shores! Depending on which side of the fence you’re on, you either love the fact the race is back or dread the fact that you won’t be able to drive into some parts of town.

The Singapore Grand Prix festivities will be held over the last weekend of September, starting on the Friday of 30 September and concluding on Sunday, 2 October.

Similar to previous years, the roads around Marina Bay and Padang will begin to close in order to facilitate the race circuit. These closures will begin from 12:01 am on Wednesday, 28 September for the organisers and support crews to begin setting up the necessary infrastructure, and will last for 7 days. All roads will be fully reopened by 530 am on Tuesday, 4 October.

To ease peak hour traffic, some roads will be temporarily opened during the morning and evening rush hours. Here is the list of roads provided by the Land Transport Authority (LTA): 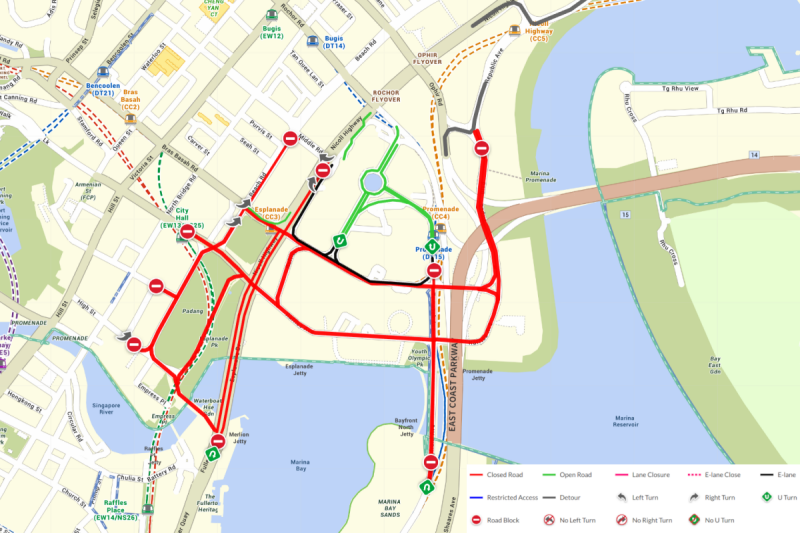 Should you be driving to the circuit area, carparks at Suntec City, Millenia Walk and Marina Square will remain open, albeit with limited availability.

There is also a single lane along Raffles Boulevard via Nicoll Highway or Temasek Boulevard, which will be re-opened for traffic use during off-peak hours. Taxis will be able to access this single lane at all times unless any race sessions are ongoing.

If you’re driving into the affected area during this week, do look out for the yellow temporary road signs with symbols to illustrate various key landmarks. These yellow signs can help you get to your destinations.

To be able to attend the F1 festivities or surrounding infrastructure with ease, everyone heading into the Marina Bay area during this period is encouraged to use public transport instead, with service hours extended to facilitate this.