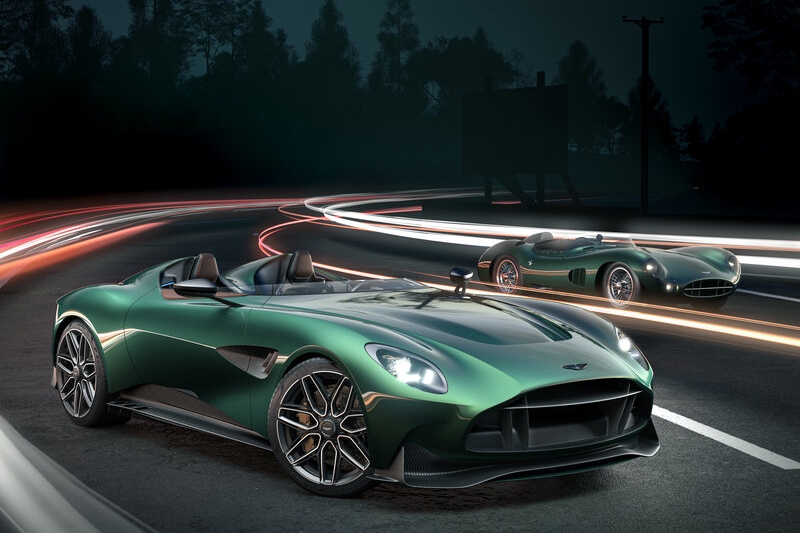 If ancient sacred texts were written by automotive enthusiasts, one of the verses would probably read something along the lines of, "... and then God said let there be roadster."

That would probably have been followed up later on by, "... many are called but few are chosen, amongst whom are open-cockpit racers."

If only car design actually followed such Holy Writ, because going by those proclamations, this Aston Martin DBR22 is absolutely divine.

The DBR22 is a two-seat coachbuilt concept that takes design cues from past greats like Frank Feeley's DB3S from 1953 and the subsequent DBR1 that won Le Mans in 1959 (with none other than Carroll Shelby as one of its drivers), but taking design to new stratospheric heights, the DBR22 showcases exceptional coach-built lines that result in a smooth and effortless elegance that's also appropriately aggressive and fist-bitingly alluring. 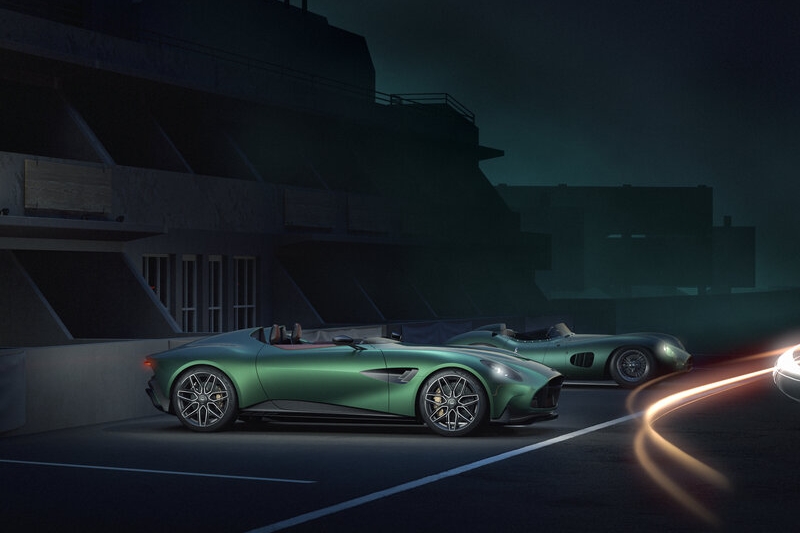 That long bonnet is particularly noteworthy for housing a horseshoe vent that's recessed to provide cooling airflow for the V12 that lies beneath (just like on the limited-run V12 Vantage).

However, silky smoothness, the traditional strong-suit of V12 engines, is not the raison d'être here - power is. With two turbos forcing compressed air into the intake manifold and the 12 cylinders beneath, this 5.2-litre powerplant blasts out 715hp and 753Nm of torque through an eight-speed paddle-shift automatic transmission, allowing the DBR22 to rocket from 0-60mph (0-96km/h) in an eyeball-searing 3.4 seconds and howling its way on to a top speed of 198mph or 319km/h. 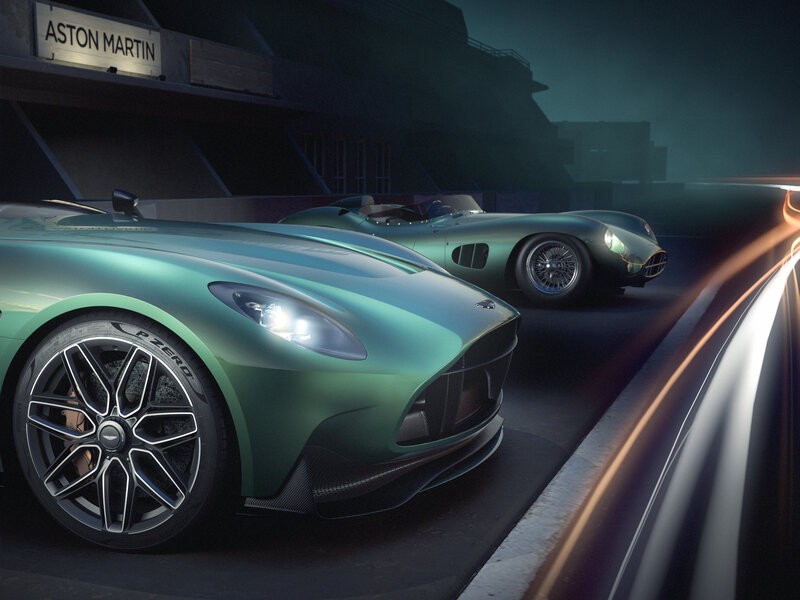 Scroll down to look at the next two images, and you'll comprehend why we say toupee-wearers should not apply. 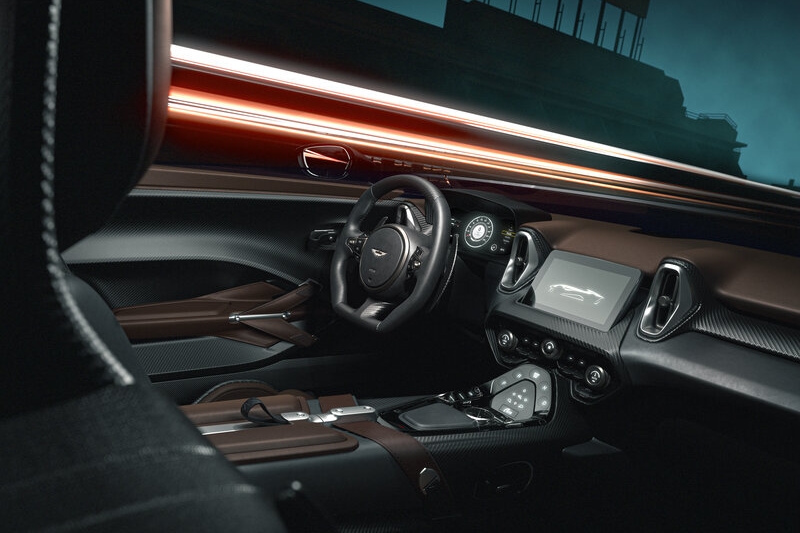 Speaking of within, the cockpit of the DBR22 continues the "blast-from-the-past-but-brought up-to-date" theme with extensive use of supple, delectable dark brown leather and exposed carbon-fibre. This isn't a bare-bones stripped-out racer either, being appointed with sleek infotainment displays and creature comforts that are quintessential in this part of the 21st century. 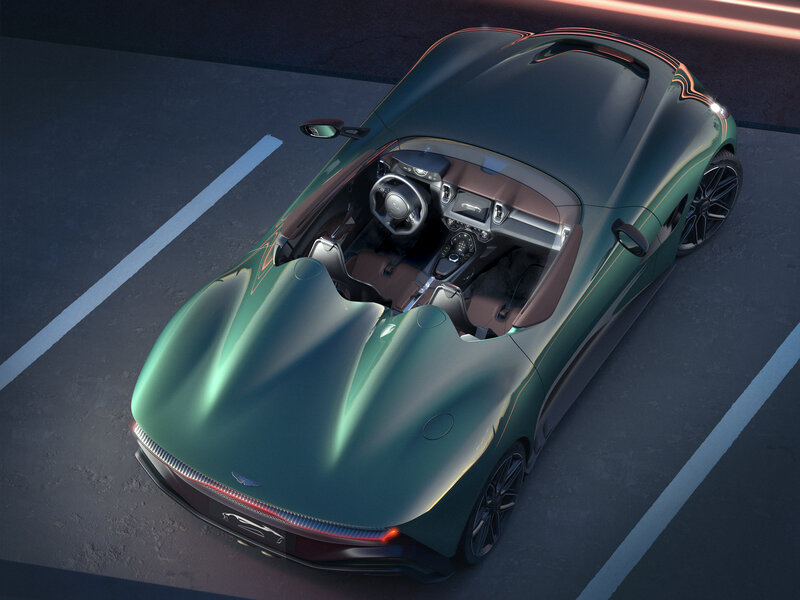 Star Trek fans would probably be enthused by the twin nacelles, abaft those carbon bucket seats, to smooth airflow behind the DBR22's occupant's heads. The paintwork is also entirely bespoke and is an exclusive option available through Q (not THAT Q, Picard) by Aston Martin. 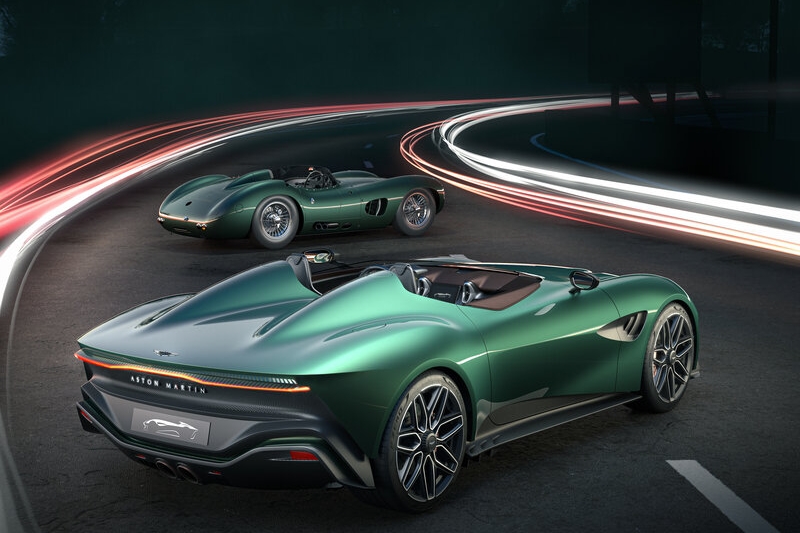 Round the back, a slim horizontal light bar runs the width of the DBR22's rear-end, with a kink in the middle to match the kink in the middle of the front grille. Below that sits a perforated panel allowing hot air to escape. An integrated diffuser and two large tailpipes finish off the cohesive posterior of the DBR22. Imagine sitting behind that derriere in traffic. 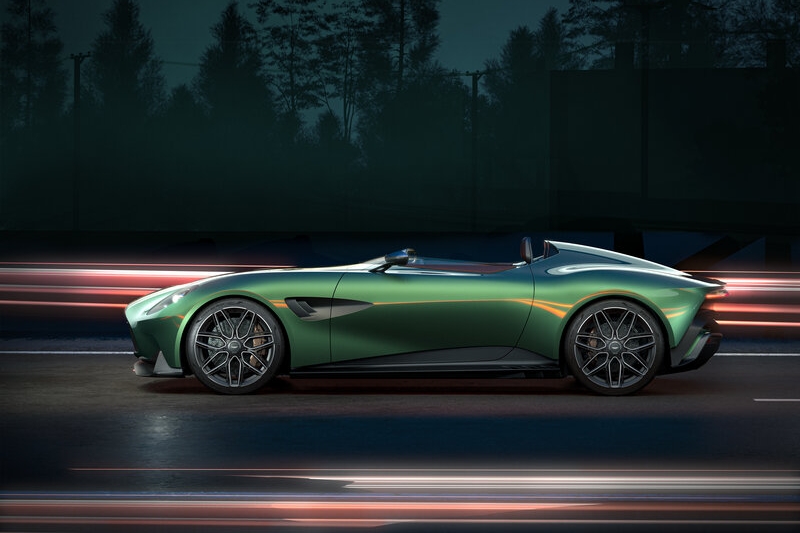 Bespoke to the DBR22 is a 3D-printed rear subframe - a first for Aston Martin - made from multiple 3D-printed parts and bonded together with the aim of weight savings while maintaining rigidity.

Unique front and rear shear panels also up the torsional rigidity of the DBR22. Together with custom-calibrated adaptive dampers and lightweight 14-spoke 21-inch centre-lock rims wearing Pirelli P Zero (PZ4) 265/35R21 and 305/30R21 tyres front and rear, these individual components work together to bring exquisite body control on both road and racetrack.

Keeping in mind that the DBR22 is a design concept, it remains to be seen whether the Tata Group, parent company of Aston Martin, would green-light this to become production-reality. We sincerely hope they do.