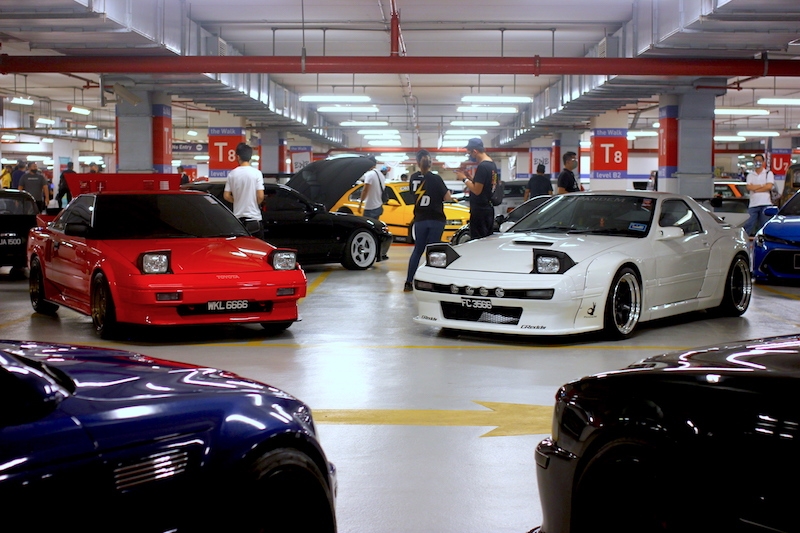 Retro Havoc: Encore Edition was our first car show in over 3 years, and boy was it great to be at one again. In this 3-part series, we bring you our highlights from the show, starting with the cars th

The cars at Malaysia's Retro Havoc has always been the perfect mix of performance, style, history, and outlandishness, and 2022's edition couldn't have been a better one to mark our first car show since the pandemic. This event on 31 July was actually an "Encore Edition" for an earlier gathering back in January; held at the B2 carpark at The Curve mall in Damansara, Kuala Lumpur, over 500 cars turned up from around Malaysia, Singapore, and even as far as Bangkok Thailand, and true to form, it didn't disappoint.

Enjoy the first of our highlights from the event: the cars that are more about go than show.

We start with a name and a style that’s all too common in the modified car scene these days: Pandem/Rocket Bunny. They’re a line of wide body kits by a company called TRA Kyoto, brainchild of a certain Kei Miura. He designs, builds and sells kits for a huge variety of cars, from classics like the Nissan Fairlady Z and BMW E30, to JDM favourites like the Nissan Silvia and Toyota 86/Subaru BRZ, to modern stuff like the Toyota GR Supra and Yaris, and even the C8 Corvette! 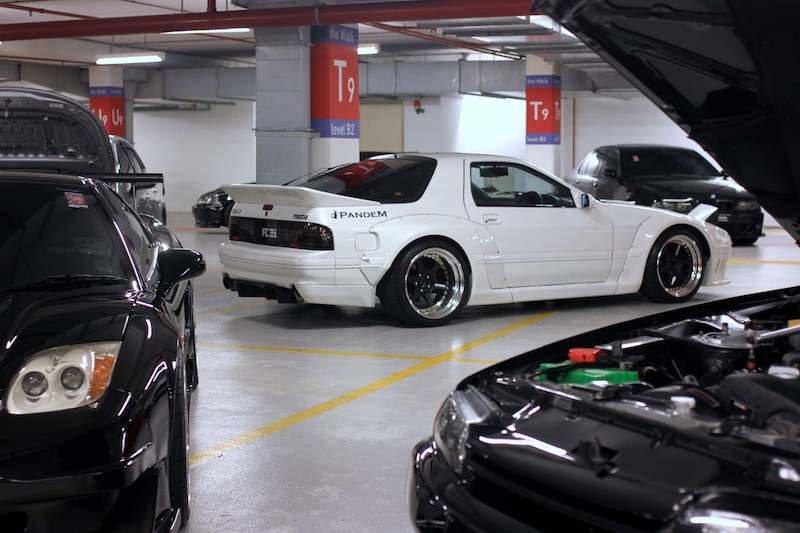 To be honest, Pandem and Rocket Bunny kits have mostly been misses for me, particularly on the modern cars, but this, the Pandem kit for the FC3S Mazda RX-7, is a clear exception. One of the main sources of inspiration for Miura are ‘80s race cars, which jives perfectly with the FC from the same era. The fender flares and whale tail rear spoiler bring to mind the wild IMSA GT cars from the US, while the front bumper and its integrated fog lights are pure rally. 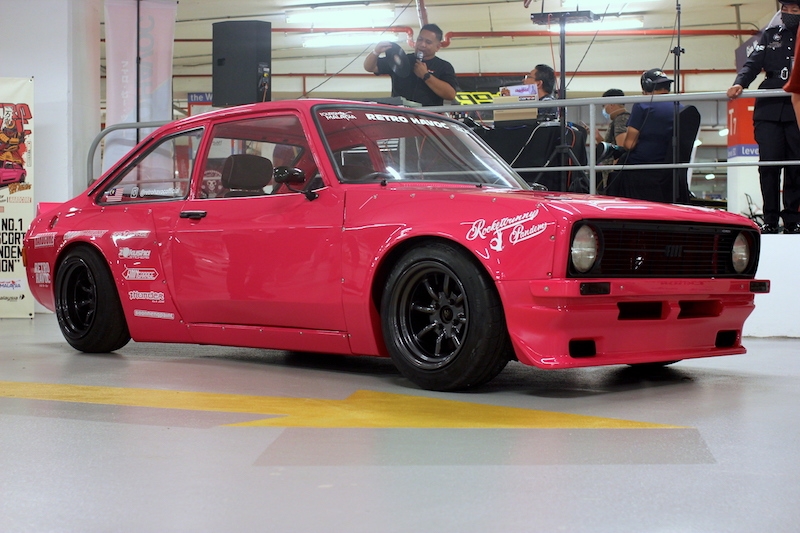 Such is the fervent imagination of Kei Miura that he can design a body kit for pretty much any car - not just for popular tuner cars. This Ford Escort MkII is owned by Retro Havoc founder Alie Kuoppa, and is claimed to be the first such Rocket Bunny/Pandem Escort in the world. Classic British Fords aren’t typically seen with major aesthetic mods as there just aren’t a lot of aftermarket parts for them (most of the interesting builds tend to be either stance or rally-inspired), so this is something of a big deal. 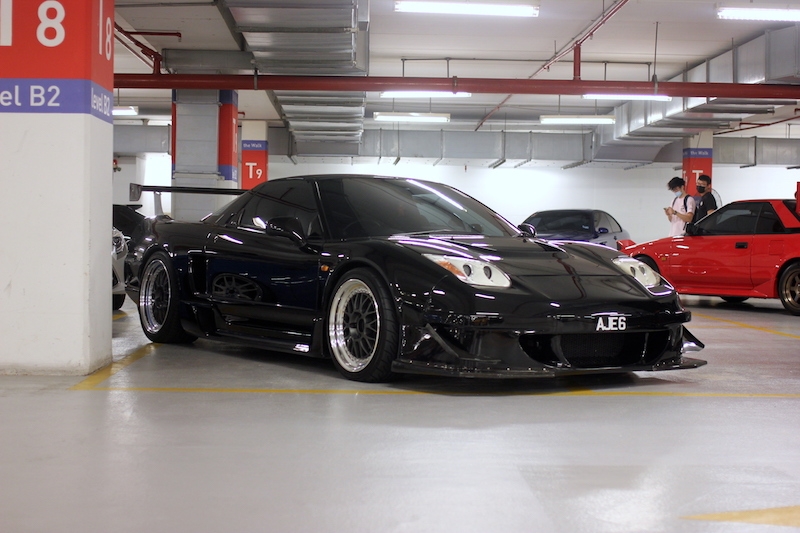 Do JDM Legends get any more special than these? Japanese was already making world-class sports cars by the late ‘80s, but when the Honda NSX and R32 Nissan Skyline GT-R burst on to the scene in 1990 and 1989, they weren’t just world-beaters, they were world-thrashing supercars. Hence, it’s impossible not to come across either of them and not go for a closer look. 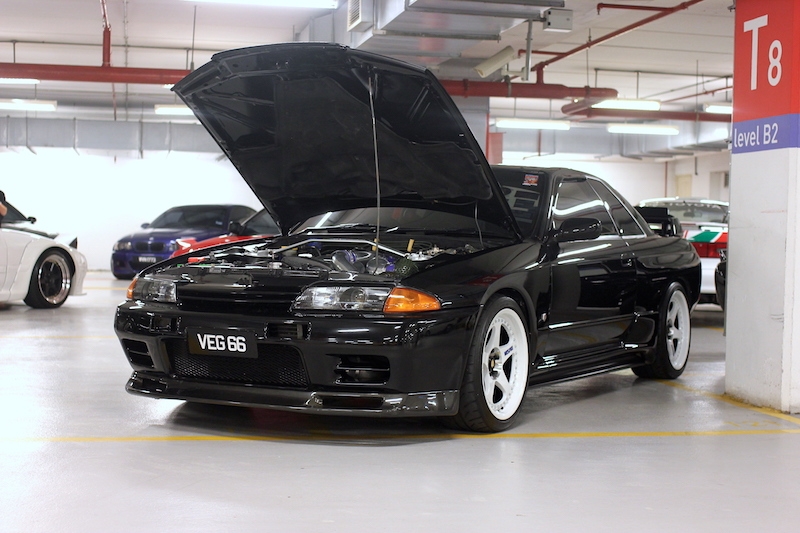 This NSX with its aggressive Route Ks aero kit is certainly head-turning, but the simplicity of a clean R32 sitting on Nismo LMGT1 wheels is absolute perfection. 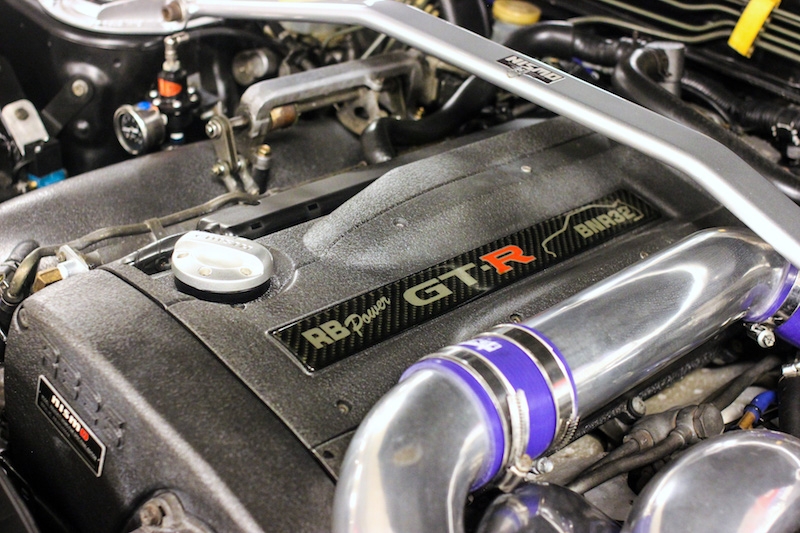 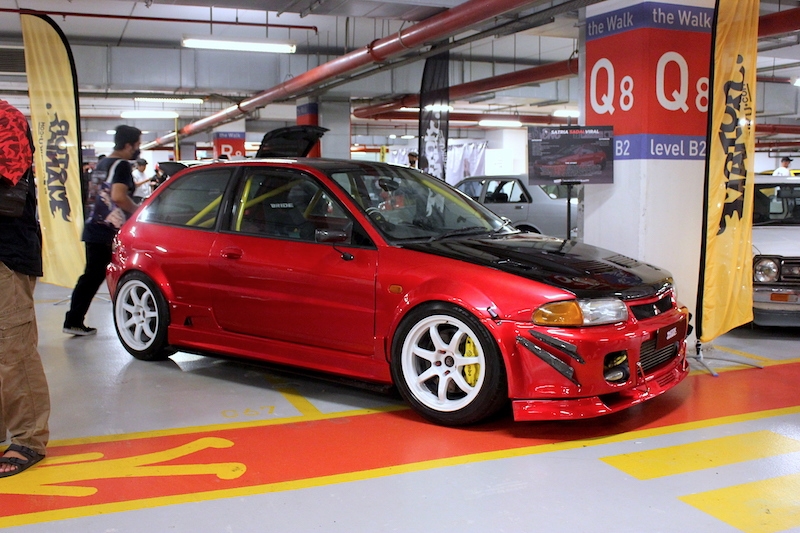 Ever wondered what a Mitsubishi Evo would look like if it were a hot hatch? This might give you a good idea. Not only has this Proton Satria had an Evo 3 front end conversion (with very purposeful-looking fender flares), it also packs an Evo’s 4G63T under the bonnet. With a build sheet that includes a big Garrett turbo, forged pistons and conrods, high-lift cams, a Cusco limited-slip diff and even a Zex nitrous system (!), not to mention the stripped out interior, full roll cage, massive tyres and Evo 6 TME 4-pot brakes, this Protonbishi Satrialution looks primed for a time attack at Sepang Circuit. 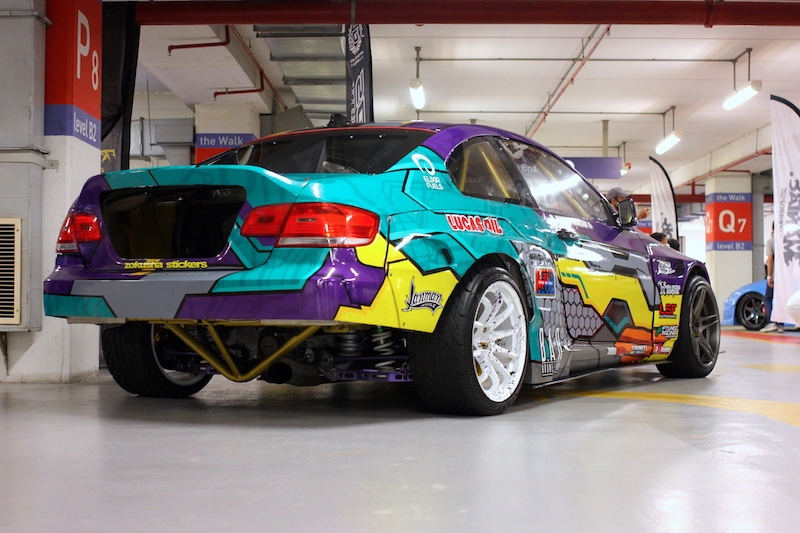 There’s a saying that goes, “Not every show car is a race car, but every race car can be a show car”. There weren’t any true racing cars on show at Retro Havoc, but this BMW E92 M3 modified to compete in international drift events comes the closest. As is common among drift builds, the M3’s glorious sounding S65 4.0-litre V8 has been ditched in favour of something that can handle much more power: a Toyota 2JZ turbocharged 3.0-litre straight-six pushing out over 800 horsepower! 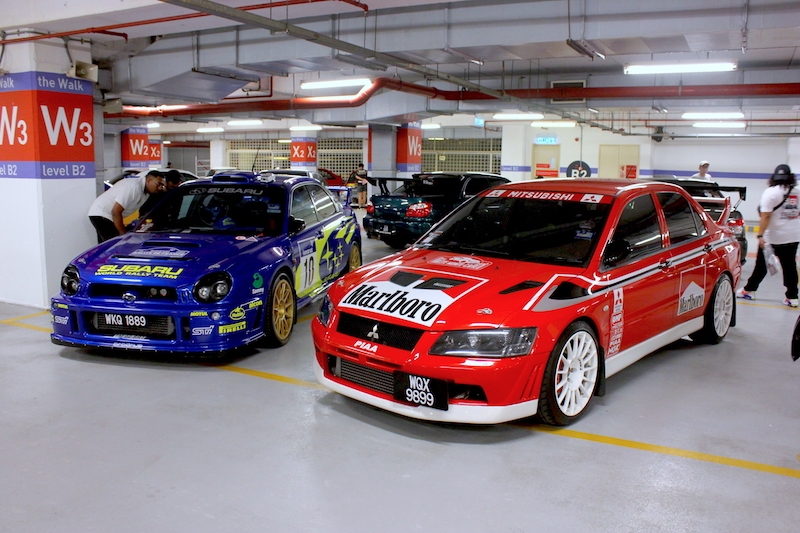 Of all the rivalries in motorsport, few were more intense, evenly-matched, and bore as much fruit for the average car-buying public than the red vs blue fight between Mitsubishi and Subaru. For an entire generation of petrolheads (me included), you couldn’t get away from images of cars from Team Mitsubishi Ralliart and Subaru World Rally Team charging through the forests, which is why I was immediately drawn to this perfect pair of tributes. 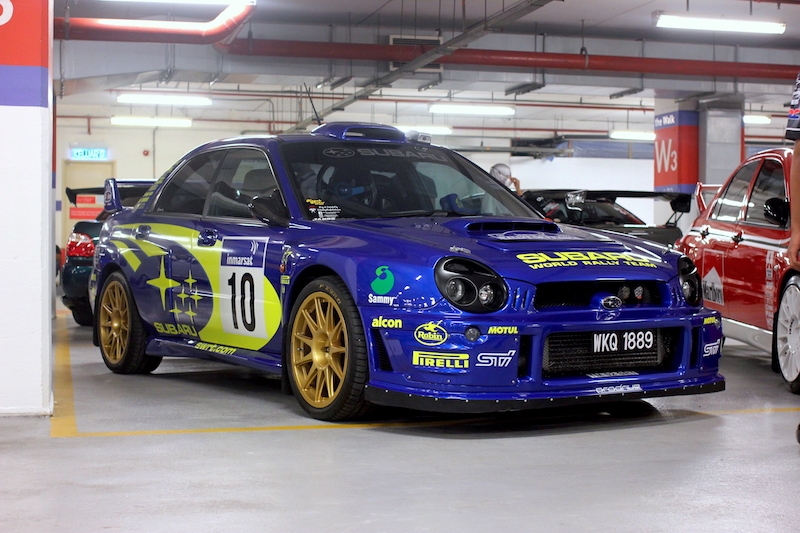 Though I was more of a Mitsubishi fan back in the day, this particular Subaru WRX STI is way cooler than the Evo VII next to it: check out the bumper, bonnet, headlights, roof scoop and rear wing, all the same spec used on the actual WRC cars! 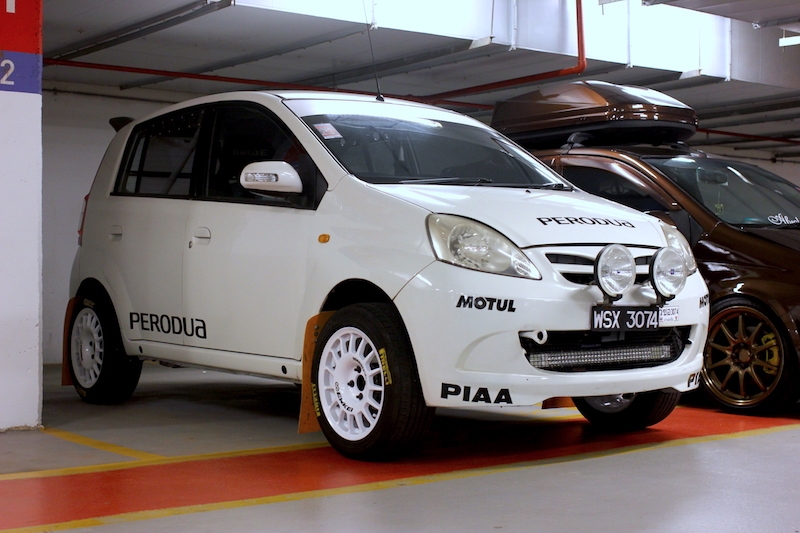 Just because a car doesn’t have big power, doesn’t mean it can’t still be a serious performance machine. With its lifted suspension, fog lamps, grille-mounted light bar, and roll cage, this Perodua Viva looks every inch a pukka rally car (albeit one that shrunk in the wash). 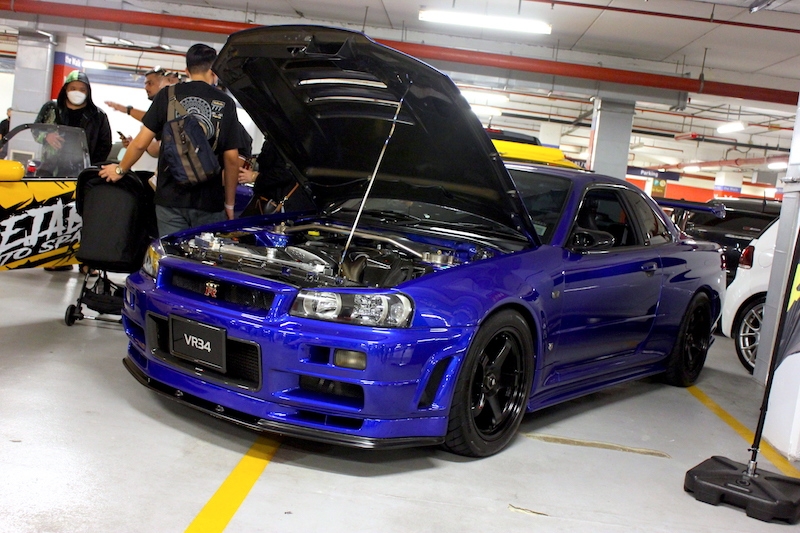 Finally, I’ve saved the best for last, because this R34 Nissan Skyline GT-R V-spec II is truly exquisite. At first glance it looks nothing more than an immaculate R34 in Bayside Blue with black Nismo wheels (as if “nothing more” could ever be used to describe a Skyline GT-R), but this car is actually greater because of the sum of its parts (literally)... That’s because it’s been converted to S-tune spec, and is now basically a rolling Nismo Omori Factory catalogue; as if at some point, one of its owners went to Nismo’s parts website, clicked “Select All”, and headed to checkout. 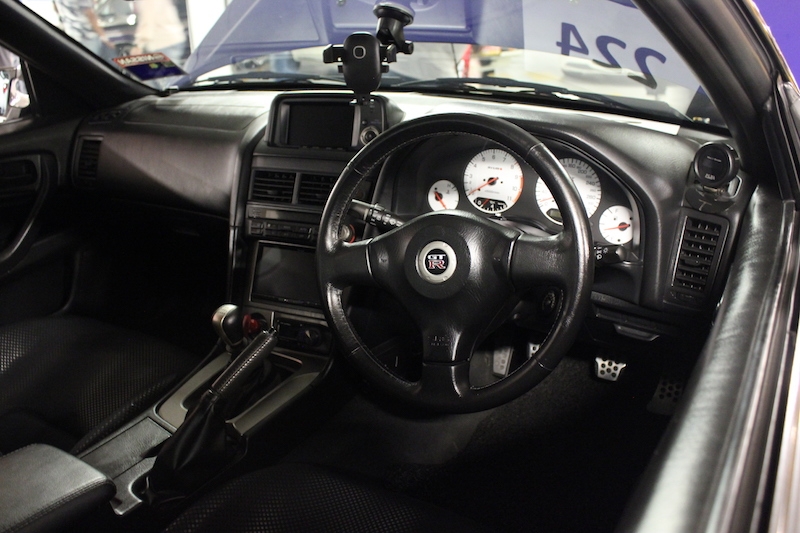 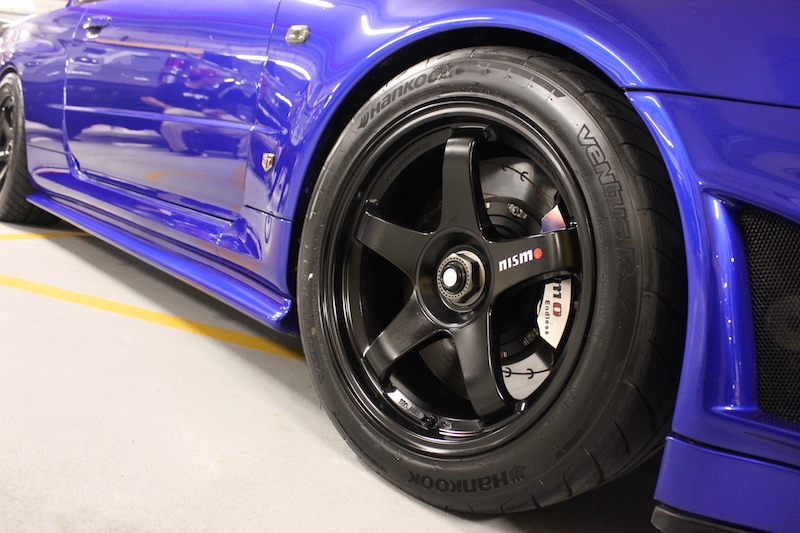 The pièce de résistance though, is the Nismo “Fine Spec” Final Edition engine. Limited to 200 units, this brand-new crate engine is the ultimate version of the RB26DETT, which is claimed to combine the “reliability of the N1 racing engine, with the high accuracy”of the Nür engine, and the all-round performance unique to NISMO”. Cost? An eye-watering RM250,000… That said, the owner claims these mostly weren’t the amount he paid for the parts, but their value in the market today. 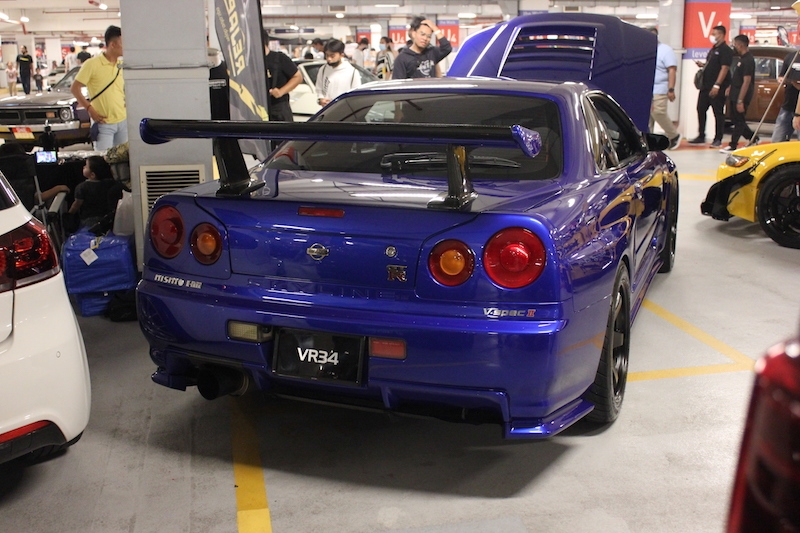