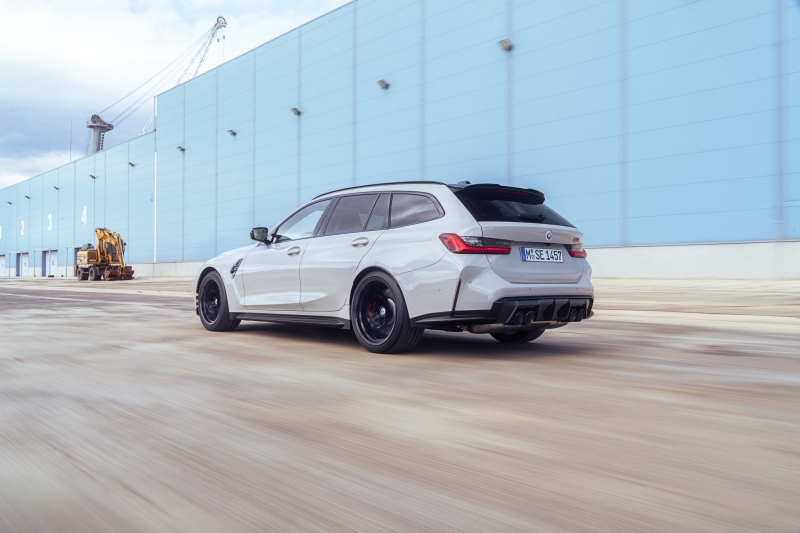 Anyone personally familiar with this author knows that his eyes light up when the topic of estate cars aka station wagons comes up, especially when the conversation inevitably leads to performance estates. Heck, his first ever review at Burnpavement was an estate!

Which then brings us on to the topic of the day... BMW's latest iteration of its bonkers M3, the G81 M3 Touring. But first, a trip down memory lane.

Estates, or Touring in BMW-speak, are not unfamiliar to the M-division boys and gals. Back in the mid-1990s, they brought us the very first M car in estate guise, the E34 M5 Touring.

Then came a lull. The M-division didn't Touring-ize the E39 M5, although the intention was supposedly there to do so, courtesy of the little-known S62B50 4.9-litre V8-fitted E39 Touring prototype that has, for the most part, been kept really quiet. Not least by BMW themselves, with no mention of it in their bmw-m.com website. However, Carscoops has a story from 2009 with pictures of this elusive one-off concept. And over the years, many in the enthusiast community have done unofficial swaps, such as this one by Speed Academy.

The M-division was also working on another prototype around the same time, which sadly never saw the light of day in production-guise:

The E46 M3 Touring featured the sonorous S54B32 3.2-litre straight-six with 343hp and 365Nm of torque, which took it from 0-100km/h in a scant 5.2 seconds, and would certainly have been one of the easiest ways to send five people, their dog and their luggage going sideways. Sadly, it remained a one-off prototype.

Fast-forward to the late-2000s, and the M-division was at it again, this time with a production vehicle.

The E61 M5 Touring, with the bewitching F1-inspired S85B50 5-litre V10 offered 507hp and 520Nm of torque in its highest P500 setting, and saw the 0-100km/h sprint dispatched in an eye-watering 4.8 seconds. Thing is, all the aforementioned engines were naturally aspirated and all the cars were rear-wheel driven.

Which then brings us back to the present. 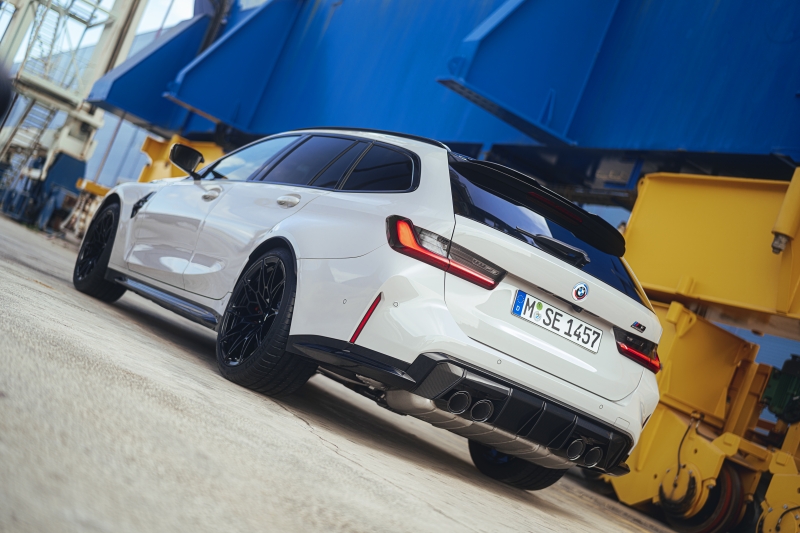 This is BMW's first-ever production M3 Touring. It's got the same engine as its M3 sedan sibling and M4 coupe cousin, the S58B30T0 3-litre straight six turbo, sending 510hp at 6,250rpm and 650Nm of torque from 2,750-5,500rpm through all four wheels courtesy of an 8-speed automatic transmission with xDrive all-wheel drive. 0-100km/h is dispatched in a mind-numbing 3.6 seconds. Pretty similar statistics to the M3 sedan and M4 coupe.

What really matters in an estate though is boot space. LOTS of it. 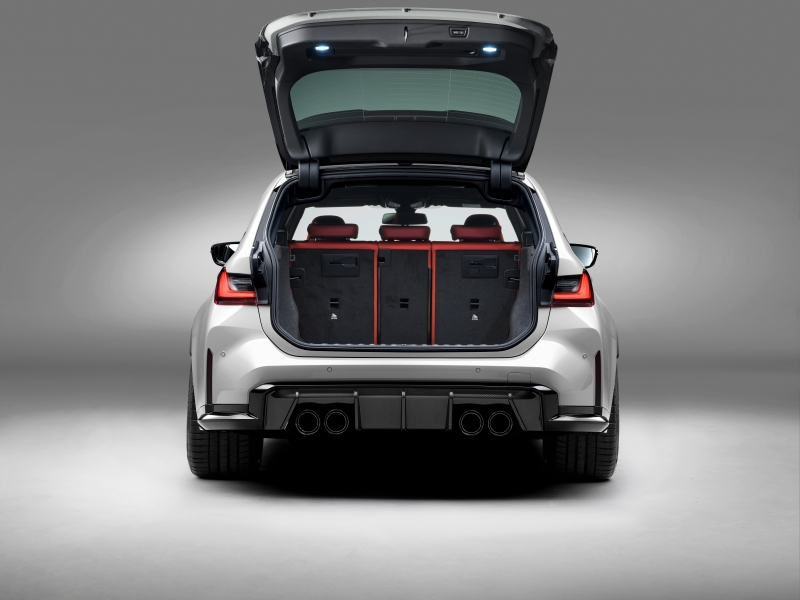 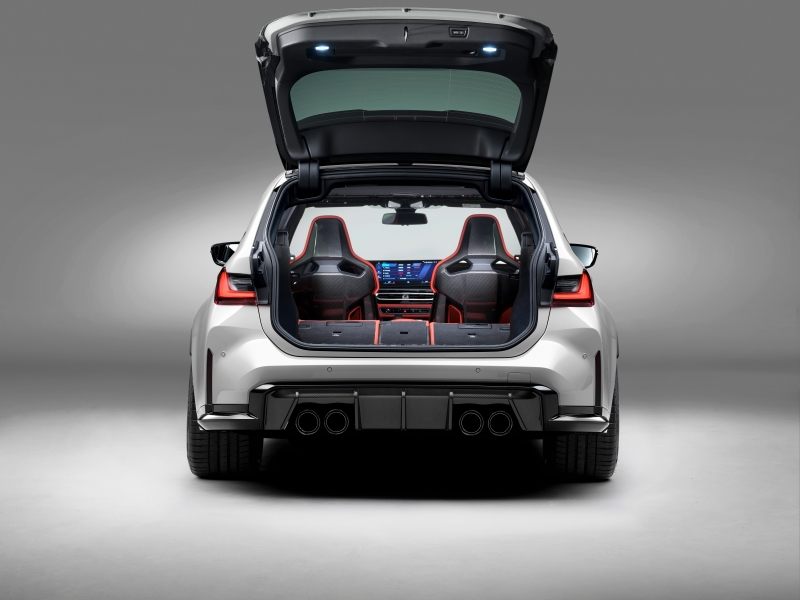 The M3 Touring's closest rival, the Audi RS4 Avant has 495- and 1,495-litres of carrying capacity with the rear seatbacks up and folded down respectively.

Comparatively, with the M3 Touring's rear seatbacks up, things are pretty normal back in the trunk at 500-litres, compared to 480-litres in the M3 sedan. Drop the seatbacks, though, and 1,510 litres of load-lugging capacity opens up for the all-important Giant and Ikea runs with the significant other.

Plus.... just look at that TAUT booty! 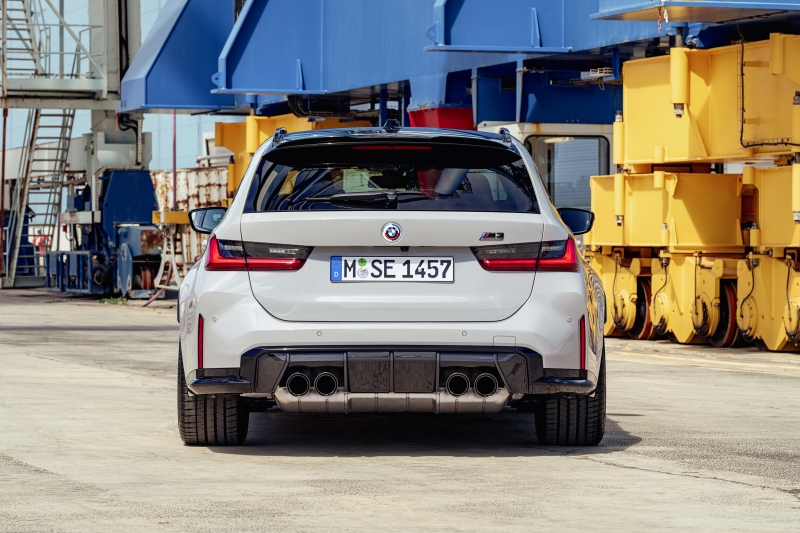 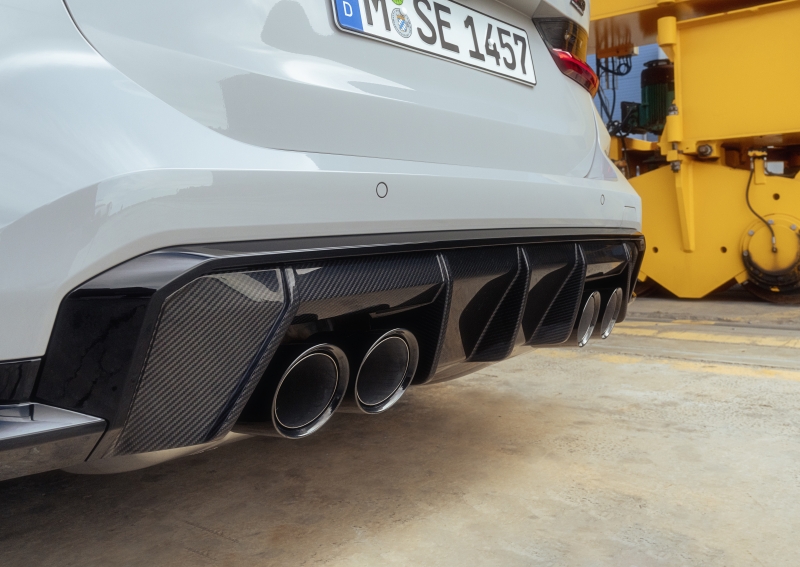 Inside, things are M3 Competition-familar. Personally, this author would forego those decidedly-delicious bucket seats in favour of the more standard sports seats for that every day driveability. 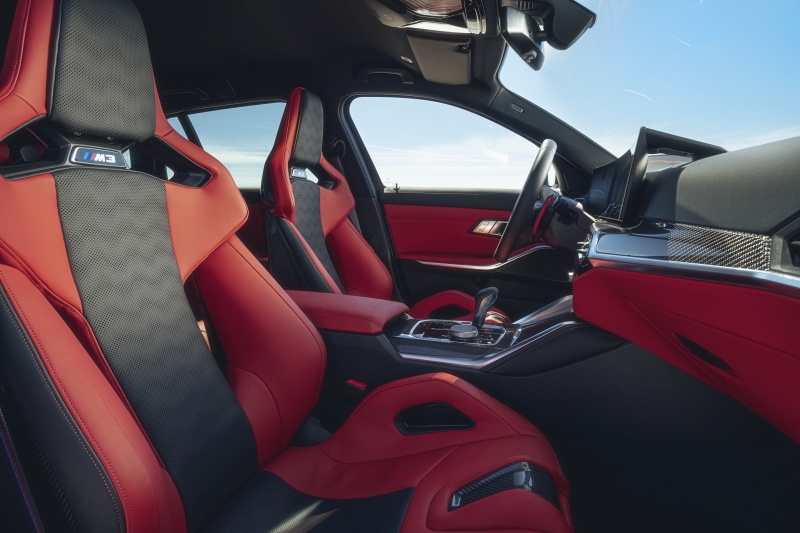 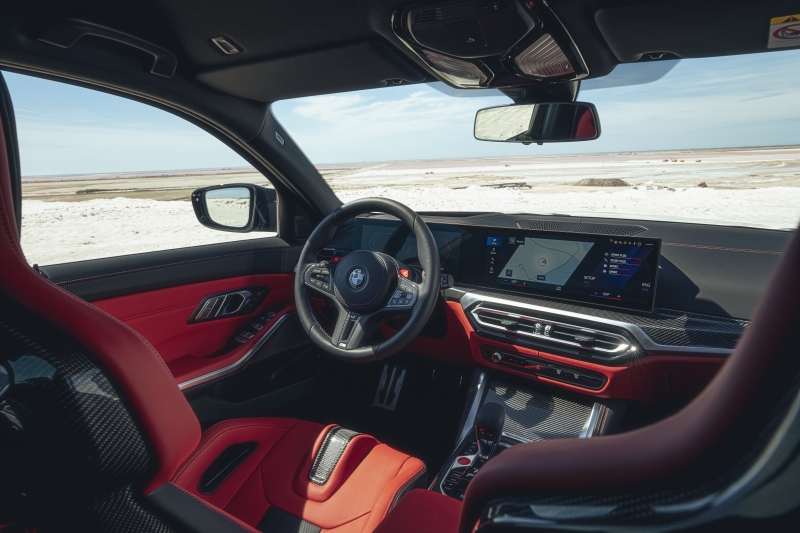 Someone once told me, "beauty LIES in the eyes of the beer-holder."

When the current generation M3 was unveiled with its new grille design, this author recoiled in shock, horror and disgust. Today, having seen a number of M3s and M4s in the metal, that fascia has grown on me. It actually looks pretty good. No intoxicants were involved in the writing of this article. (What about hallucinogens? -Ed.)

However, looks are subjective, so decide for yourself. 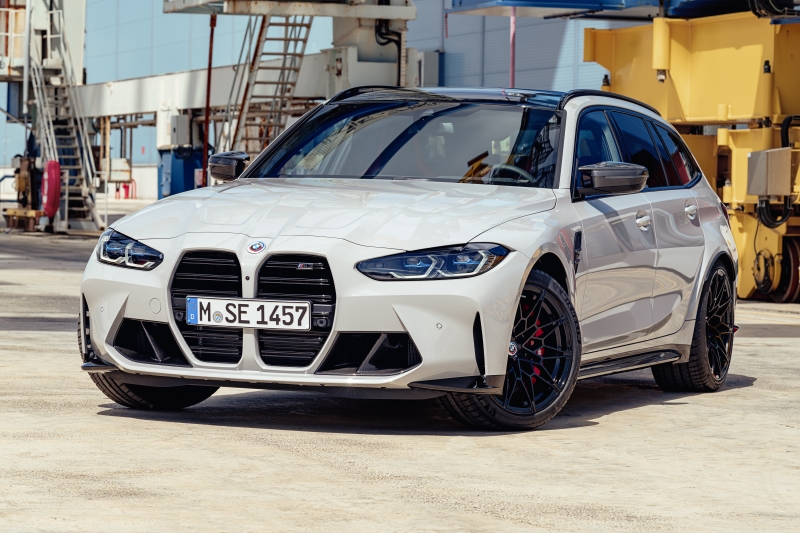 More to come when the G81 M3 Touring arrives in Singapore, and we get our grubby mitts on its steering wheel.