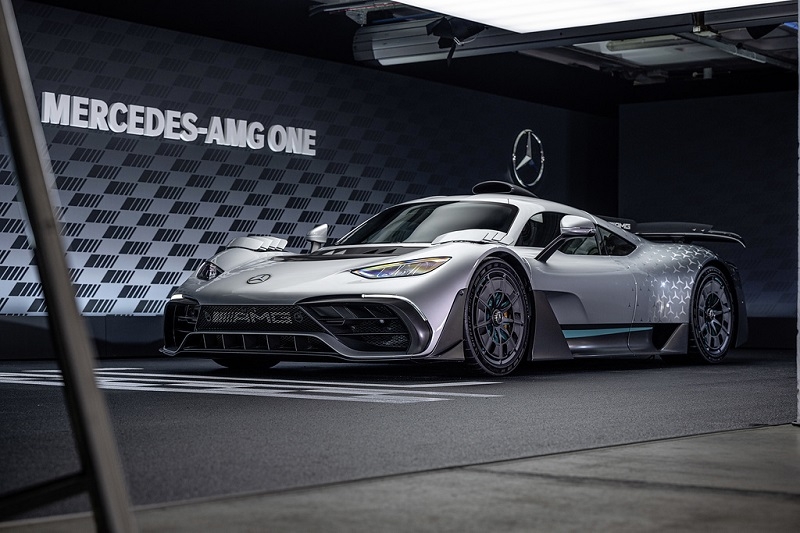 The F1-engined Mercedes-AMG One is finally here

Well, here it is. After 5 years of intense, tricky development work, the first-ever Formula One-engined road car has finally become a reality. Say hello to the Mercedes-AMG One.

As the pinnacle of motorsport, F1 holds an appeal to carmakers like no other. To win at F1 means you can make absolutely the best car in the world, and ever since the series switched to turbo-hybrid engines, one team has dominated, winning eight championships in a row: Mercedes. 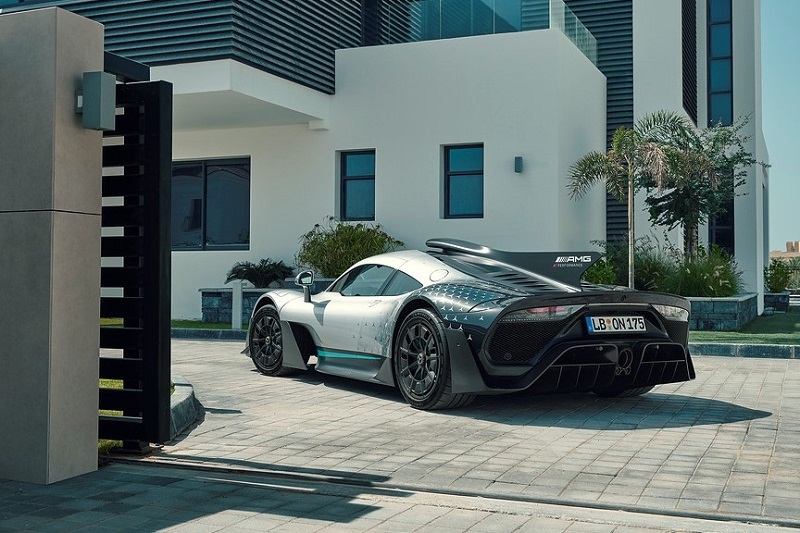 That’s an unprecedented track record, which makes it all the more special that the Mercedes-AMG exists. There have been a few attempts over the years to put F1 engines in road cars, but those have always been merely “related to” or “extensively modified” versions. The Mercedes-AMG One on the other hand, features the most complete technological transfer from racetrack to road there’s ever been: its entire powertrain has quite literally been transplanted from the race car into the road car. 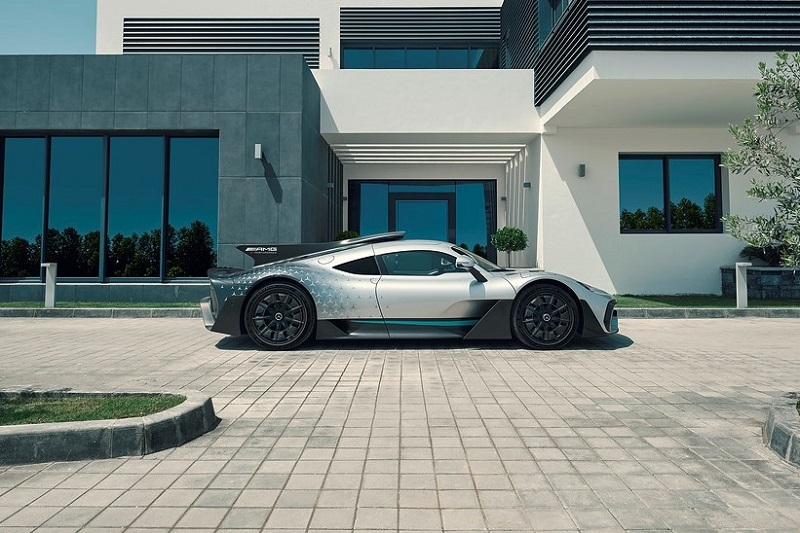 The project’s long gestation period (it first debuted in 2017) and the arrival of 2000hp electric hypercars has dulled the on-paper impact of the AMG One’s headline figures somewhat, but they still make for jaw-dropping reading: 1063hp; 11,000rpm; four electric motors; all-wheel drive; 0-100, 200 and 300km/h in 2.9, 7.0 and 15.6 seconds. And all from just 1.6-litres of displacement. Imagine - if our COE system wasn’t revised to account for horsepower a decade ago, this 352km/h technological tour de force would be eligible for a CAT A COE! Bonkers… 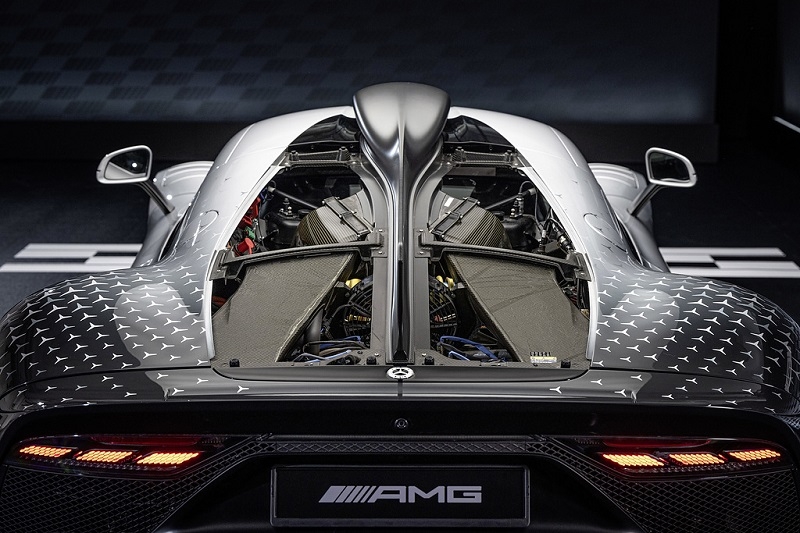 Why is this a big deal? Two reasons. The first is that F1 cars are the most technologically advanced in the world. The single-turbo V6 generates “just” 574hp all on its own; two electric motors at each front wheel contribute 163hp each, while another motor on the crankshaft - the MGU-K (Motor Generator Unit-Kinetic) - provides another 163hp of electric “boost”. The fourth electric motor, the MGU-H (Heat) is attached to the turbocharger, and gets it spinning even before exhaust gases have built up, thus eliminating turbo lag and giving throttle response “even better than a naturally-aspirated V8”, according to Mercedes-AMG. 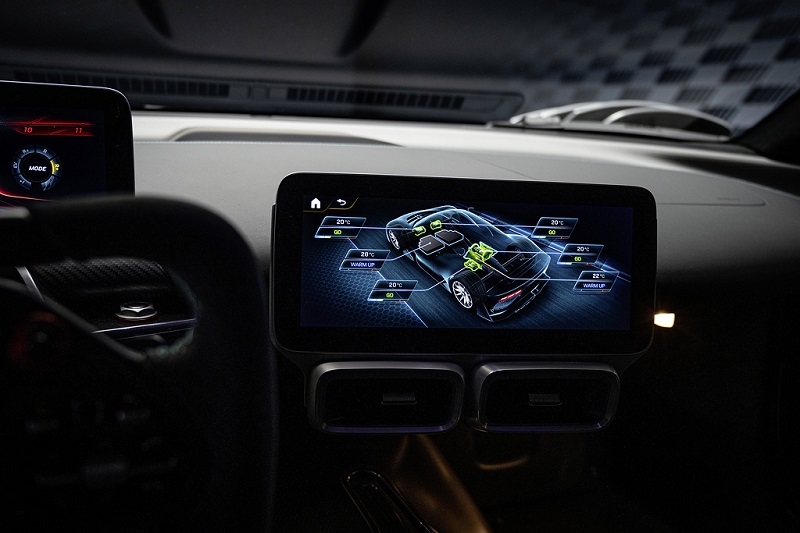 The second is because all that engineering genius is applied with the sole purpose of making the F1 car go as fast as possible; road usage is a hugely different kettle of fish. The race car doesn’t have to worry about starting at the push of a button, being easy to drive, sitting in traffic, or being kind to pedestrians’ lungs, and ensuring the powertrain can behave itself in a far wider range of operating conditions arguably requires more engineering nous than simply winning races. 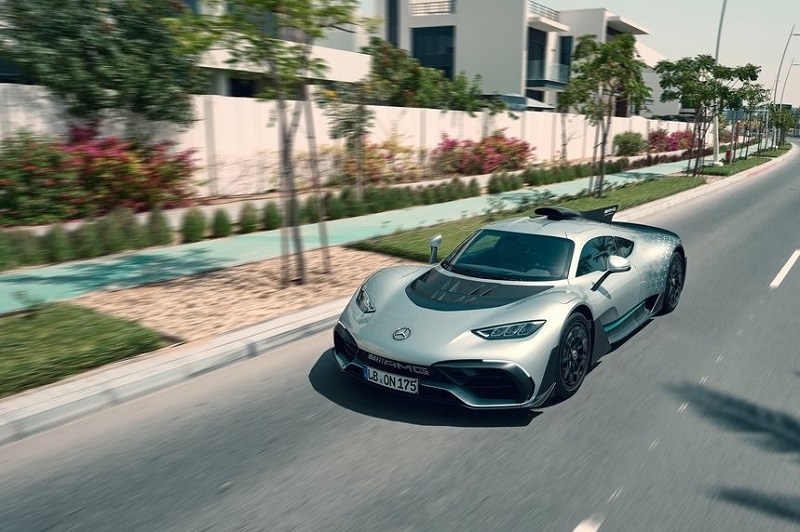 Though having the same engine as Lewis Hamilton’s company car firing away behind your head is the main draw of the AMG One, that’s far from the only F1 influence going on here. Most notably the aerodynamics: there’s a central vertical shark fin down the spine of the car for added stability, and there’s DRS (drag reduction system) on the extendable rear wing. 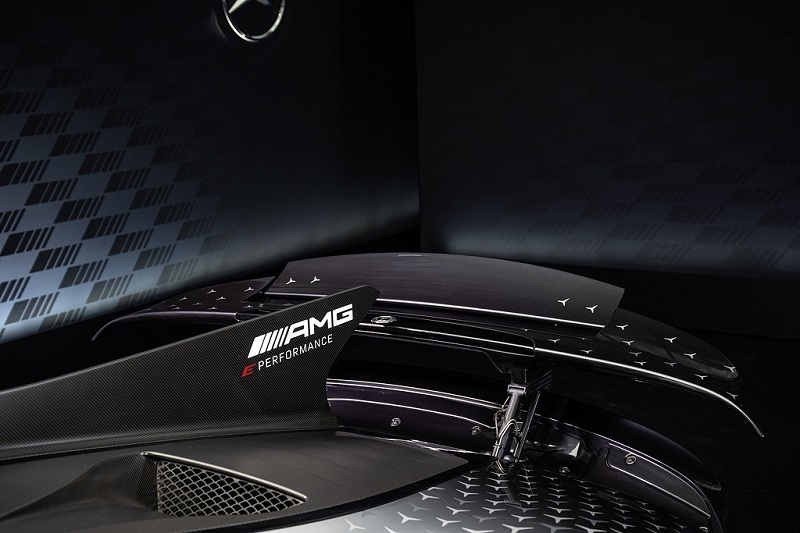 Meanwhile, the monocoque chassis and body are all carbonfibre, and the suspension is a similar concept to the race car: push-rods at both axles, with the engine and gearbox (7-speed automated manual) bearing the load for the rear suspension. Centre-lock wheels (19” front, 20” rear) hide behind carbonfibre aero covers, and are forged aluminium as standard or even lighter forged magnesium as an option. 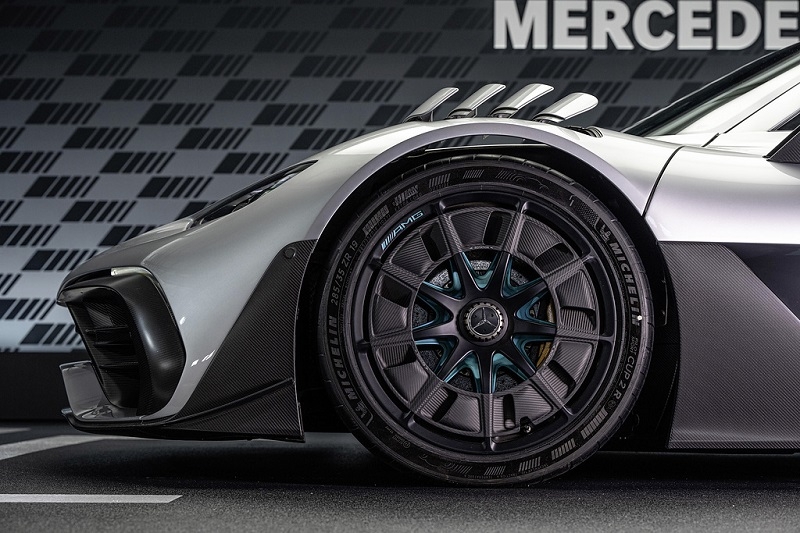 Being 1) a road car and 2) a Mercedes though, usability is paramount as well. The interior features an F1-style rectangular steering wheel, except it has road car-style controls (prev-gen buttons, instead of new-gen haptic touchpads, thank God) in the middle, and the seat positions are fixed right in the middle of the car (you adjust the wheel and pedal box instead), but there are also two 10-inch display screens, aircon, parking sensors, and USB ports to make it actually habitable to drive. 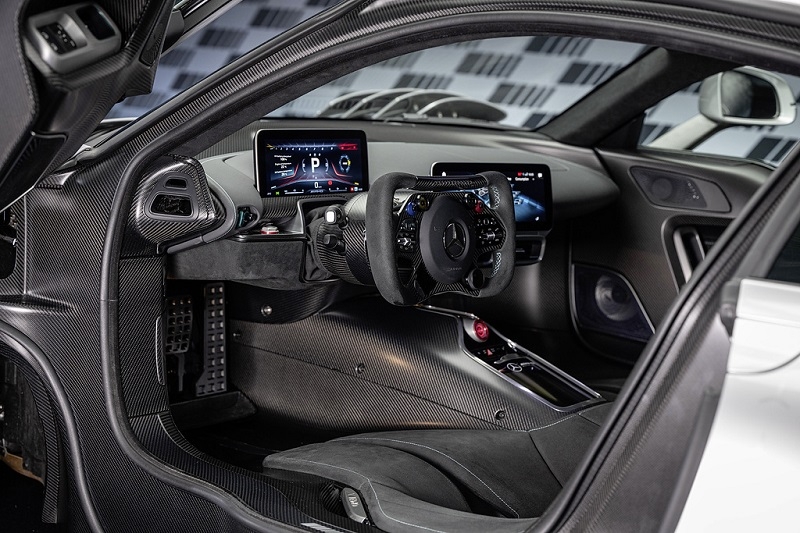 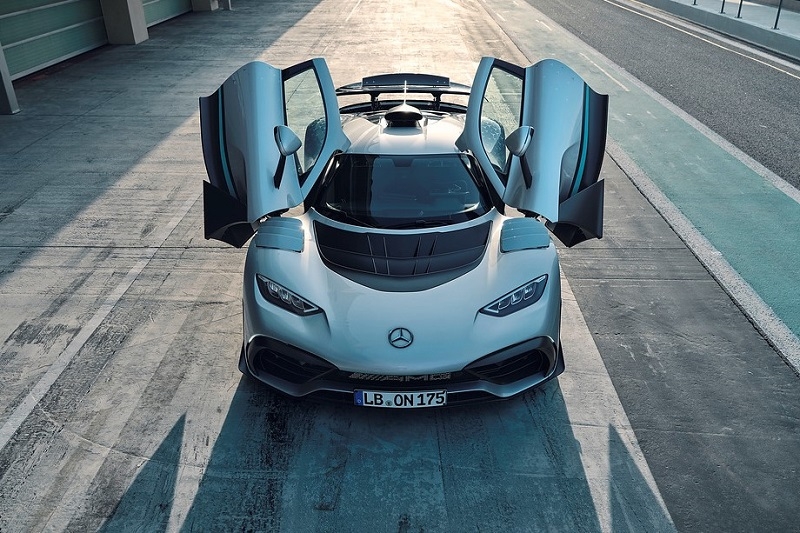 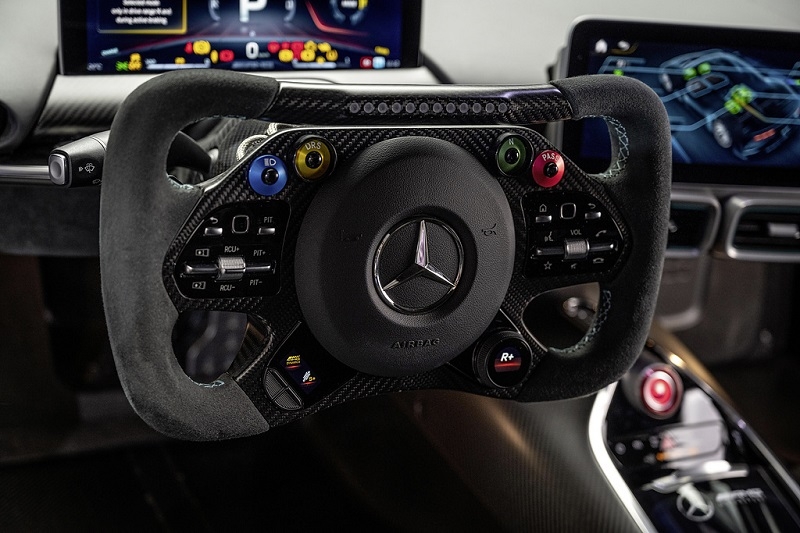 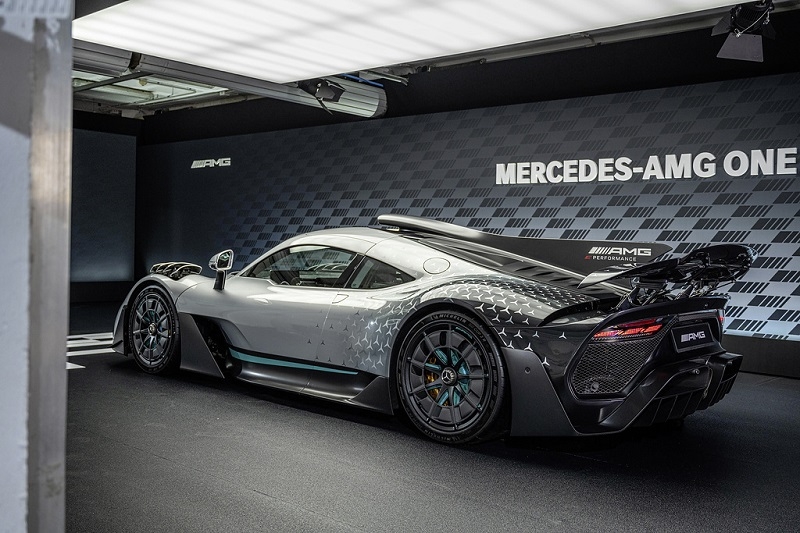