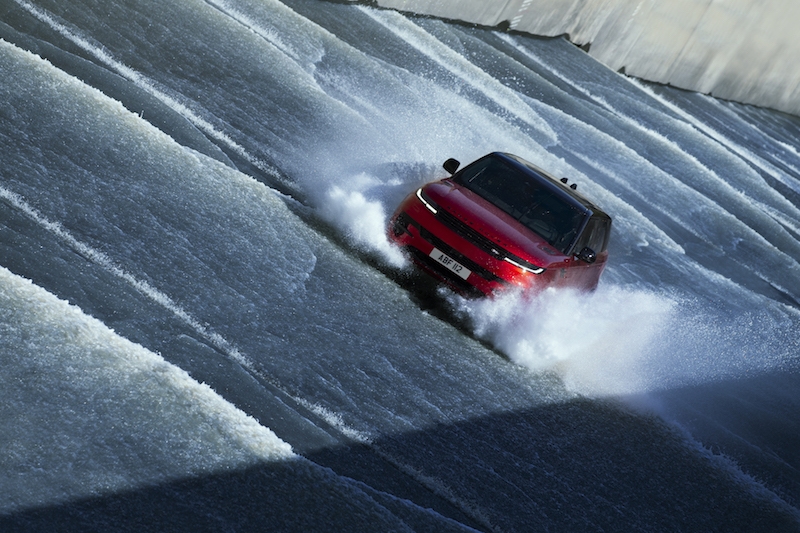 What better way is there to launch a new car than by thoroughly putting it through its paces? For supercars, that’d probably mean smashing a track record of some kind, but for the makers of the most capable 4x4s in the world (Land Rover), a different, rather more death-defying test is required.

For the new 2023 Range Rover Sport, that involved driving nearly 300m up the spillway of the Karahnjukar Dam in Iceland, against a torrent of water moving at 750 tonnes/min, and up a 25-degree incline. The danger of getting it wrong? A 90m drop off the end of the spillway into the valley below. 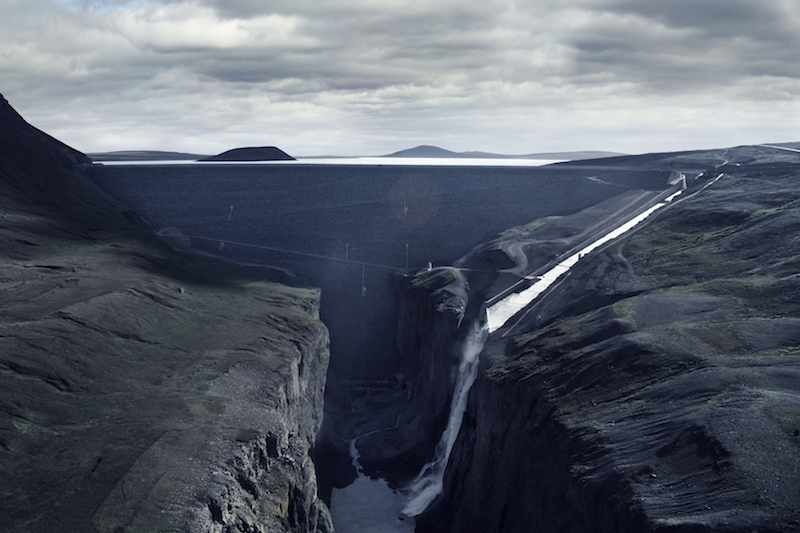 Following on from the launch of the fifth-gen Range Rover late last year, this third-gen Range Rover Sport shares plenty of its styling ethos and mechanical components. Like its bigger brother, the RR Sport’s design language has been cleaned up and smoothed out, with a similarly slimline graphic for both headlights/grille and taillights/light strip, and particularly seamless joins between glass windows and metal bodywork. 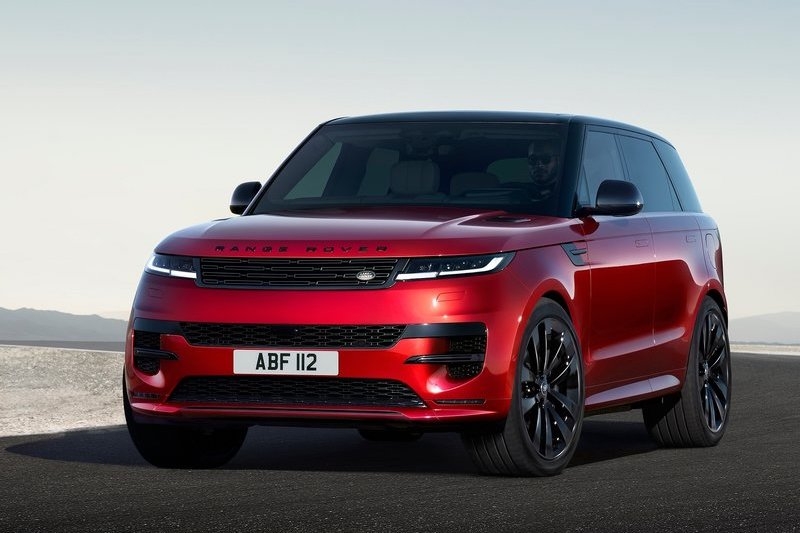 The MLA Flex architecture that the RR Sport rides on is also derived from the Range Rover, which is stiffer than the outgoing model for better dynamics, and it’s got a longer wheelbase as well for more rear legroom. 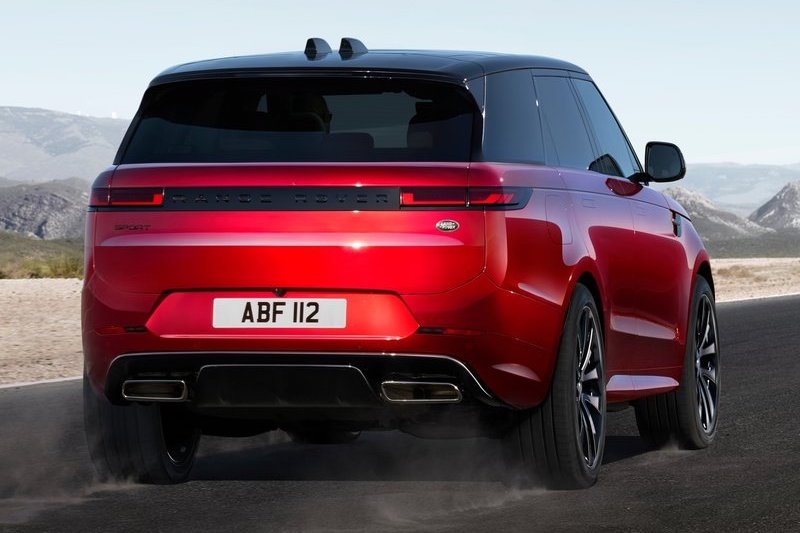 The RR Sport shares its big brother’s engines too, and nearly all are electrified. The range is simply named (the number denotes power output), and starts with two mild hybrid models, P360 mHev and P400 mHev, which use Jaguar Land Rover’s 3.0-litre Ingenium straight-six engine, and there are also two plug-in hybrid versions (P440e and P510e) which pair a 38.2kWh battery with the same engine for up to 88km of all-electric range. If you really want to go green though, there’ll be a full EV version of the RR Sport in 2024. 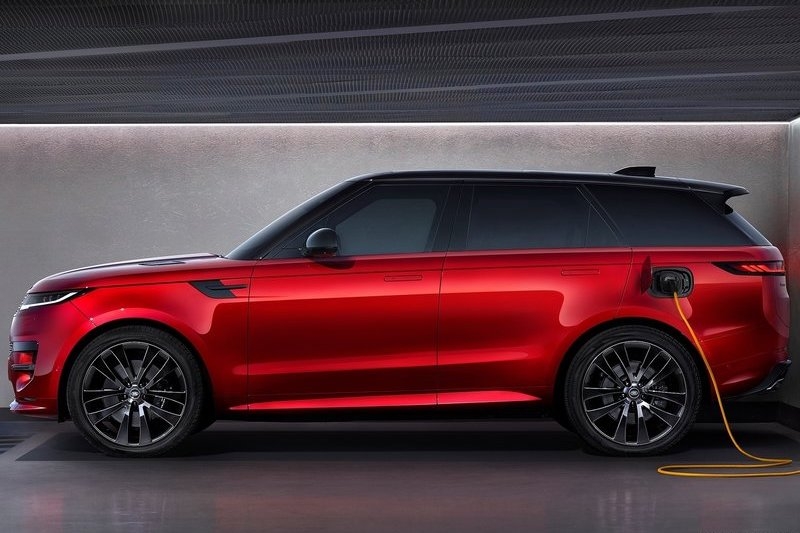 If you want to do justice to the “Sport” part of its name, then you’ll want the top of the range P530, which borrows BMW’s 4.4-litre twin-turbo V8 to give sports car-worthy performance: 0-100km/h in 4.5 seconds. If you like, you could also pair that with the Stormer Handling Pack (a reference to the Range Stormer concept car which birthed the RR Sport model line), which features all-wheel steering, an electronic rear diff, torque vectoring, twin-valve Bilstein adaptive dampers, and electronic anti-roll bars, which generate 1,400Nm of twisting force to counteract the tremendous cornering forces of the over-2.5 tonne car. 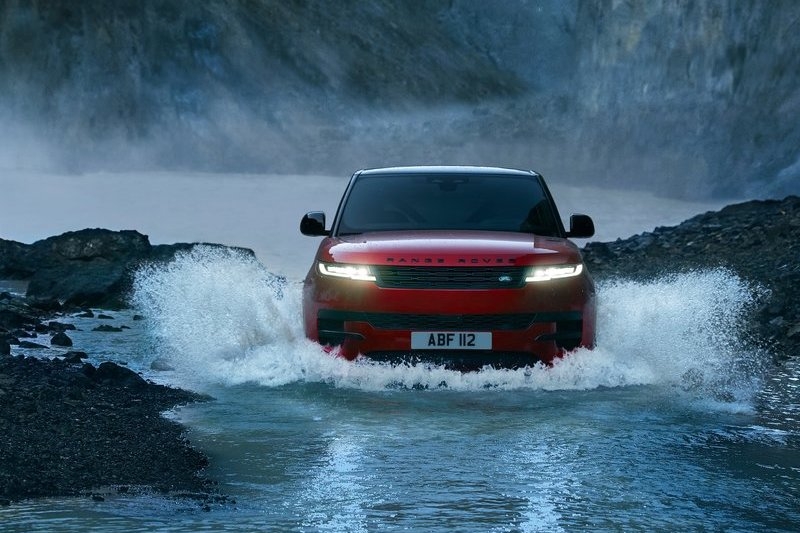 Inside, like the exterior, the RR Sport takes many of the big Rangie’s styling cues, but wraps them up in a sleeker package. Most of the major elements are the same - the 13.1-inch Pivi Pro infotainment touchscreen, the gearlever, Terrain Response dial, and aircon controls, but the dashboard is more slanted and the centre console is mounted higher, giving a more snug, cocooning feel behind the wheel. Even the steering wheel is 20mm smaller in diameter, which should make the RR Sport more direct to steer. 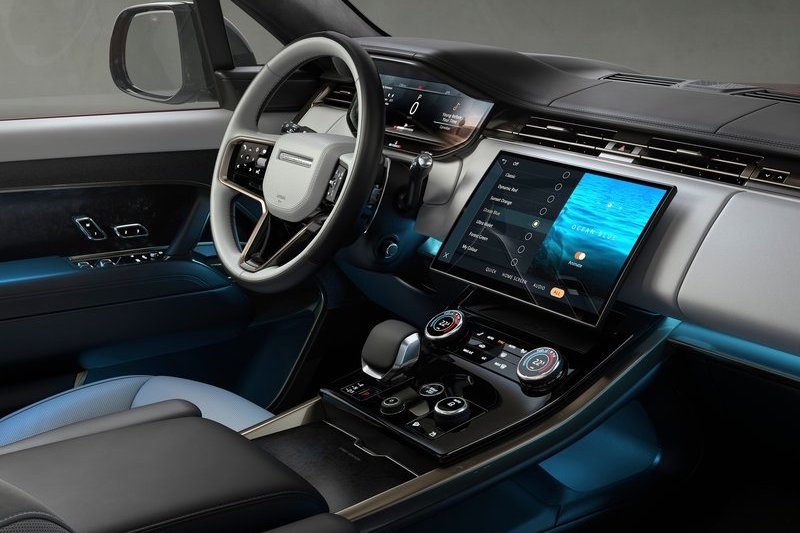 Unsurprisingly, the RR Sport is jam-packed with all the latest convenience and luxury tech, including Amazon Alexa, active noise cancellation, 360-deg cameras, ClearSight Ground View (see “through” the bonnet when off-roading, or parking in particularly tight carparks), a 1430W, 29-speaker (including in the headrests) Meridian sound system, massage seats, and even an air purifier that can supposedly filter out COVID-19. 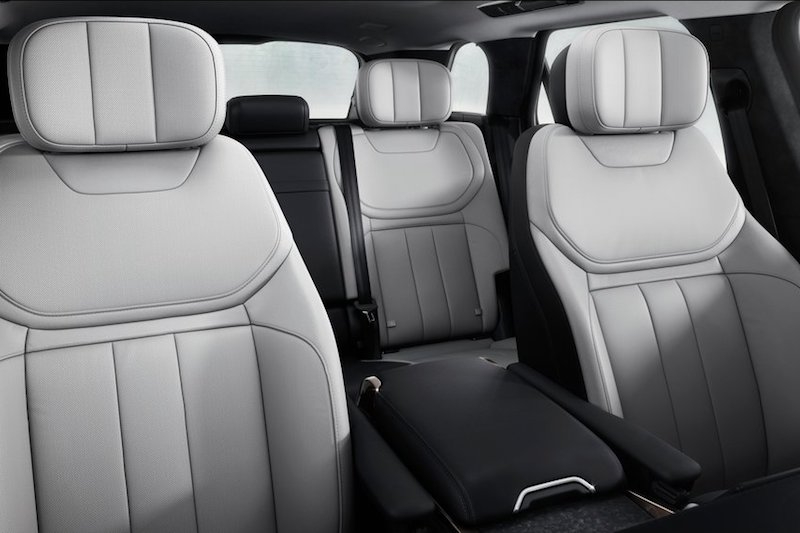 There’s no confirmation yet on when the RR Sport will be coming to Singapore, but our best guess is no earlier than the end of 2022. In the meantime, the big daddy Range Rover is due imminently (mid-2022), so look out for coverage of that soon.