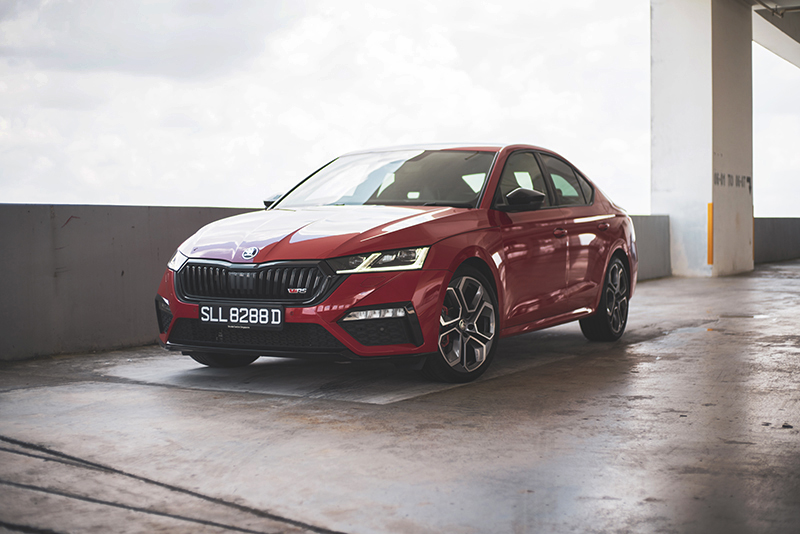 As a big fan of the Skoda brand, I was a little let down by the previous-gen VRS. But the latest one has made up for it.

It's no secret to readers of Burnpavement that I'm an avid Skoda fan. Having owned an Octavia Combi for seven years and taken quite a few other of its models on long drives, the VW-owned Czech marque blends the best of everything into their cars; practicality, performance and most of all, value.

The VRS (or RS) has long been the brand's performance hero car. Adopting the VW family's 2.0-litre turbocharged power unit used in the Golf GTi, it was always seen as the "Budget-GTi". 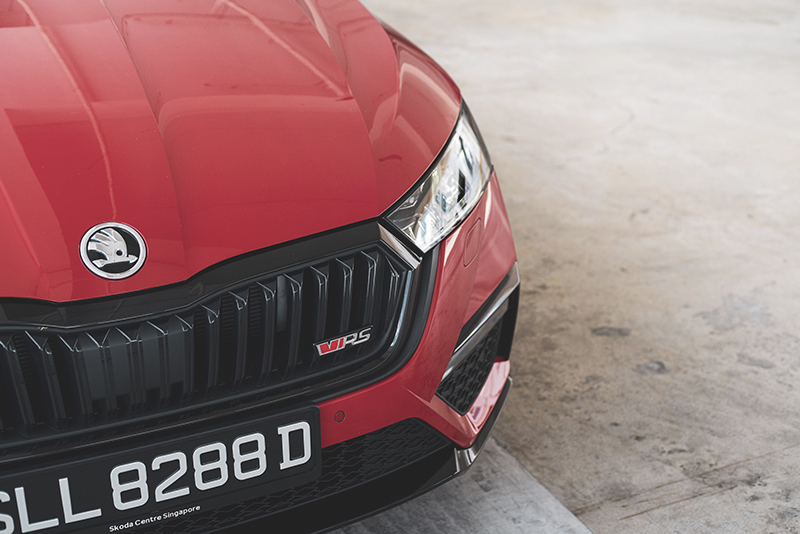 But the Octavia RS is more than that. 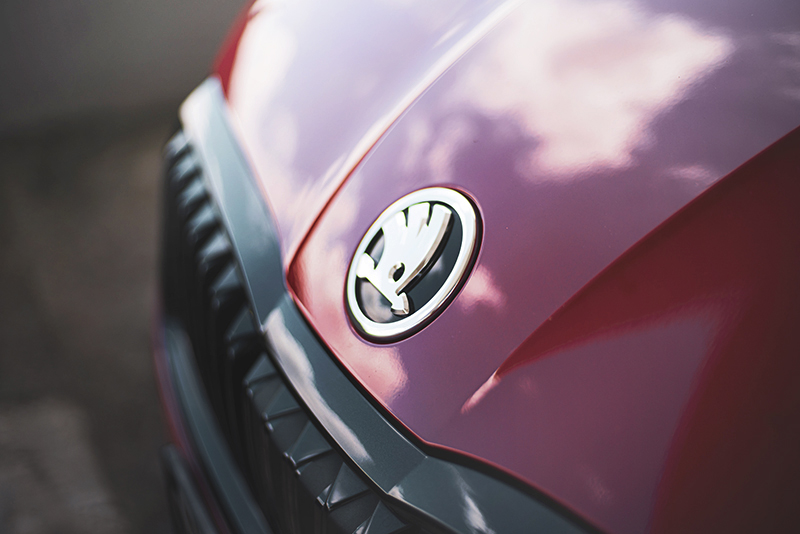 Before I elaborate on that, I must say that the previous RS245 did not impress me. The test unit I drove had quite a few build issues; a rattling dashboard, retarded accelerator response, and cheap plastic buttons and trimmings. While I am well aware that Skodas are not known for their Audi-like fittings, I thought that the ones in the unit I drove were worse than some Korean cars I've driven. 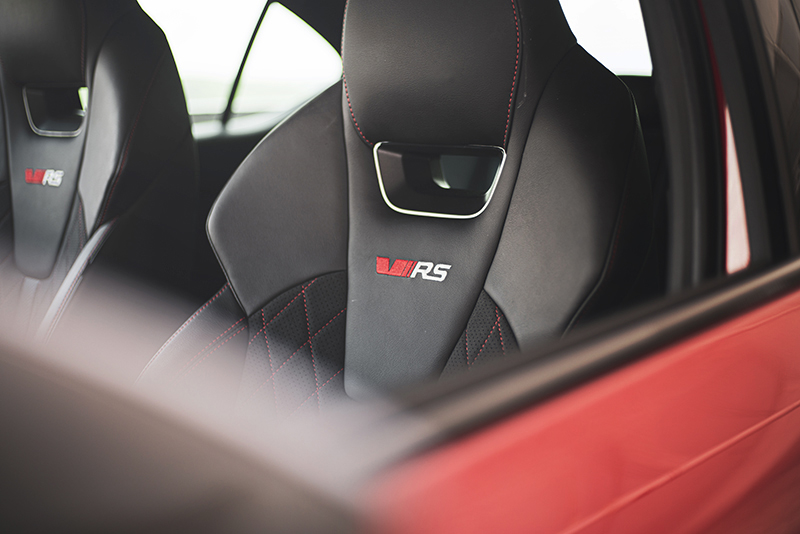 The new one I have here with me, however, is one big notch of an improvement. 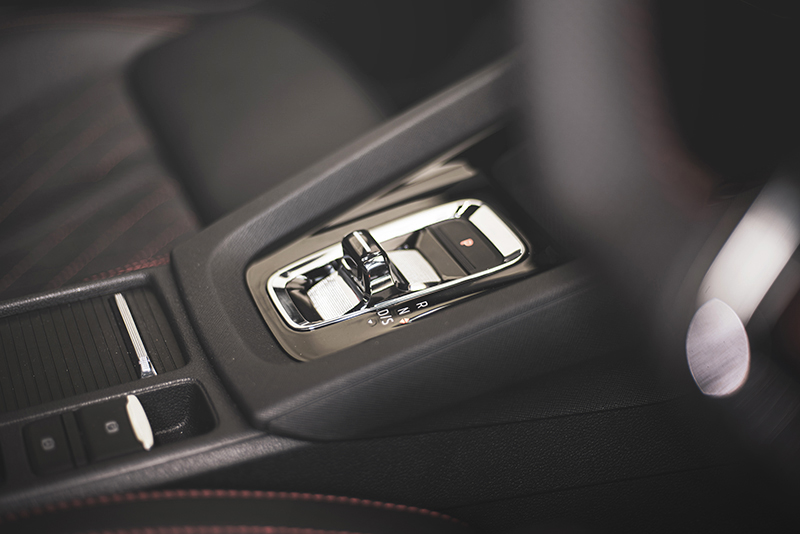 No, it's still no Audi, or Volkswagen for that matter. But it's inching its way there. 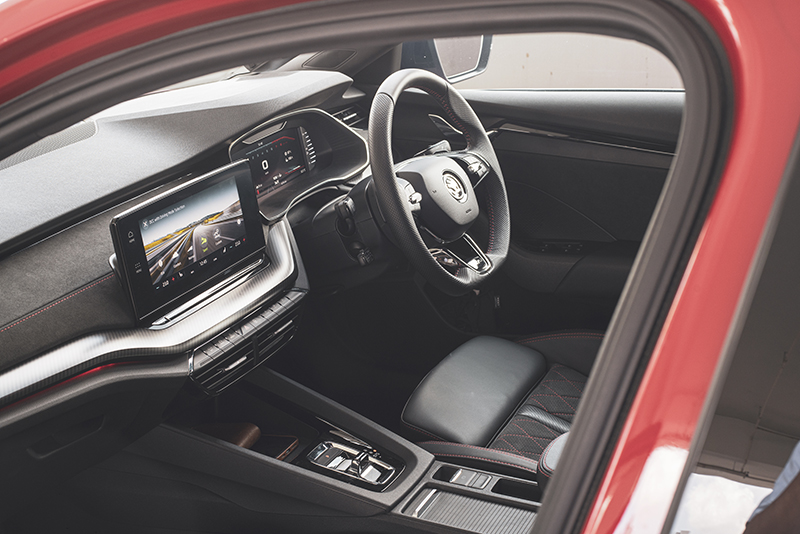 Aside from the fit and finish, the overall interior design is simply superb (pardon the pun) and on par with the best. The sleek-looking door handle, multi-layered dash, Alcantara trim and seats, digital instrument cluster and subtle ambient lighting all work to create a lovely cabin I've never known any Skoda to have. 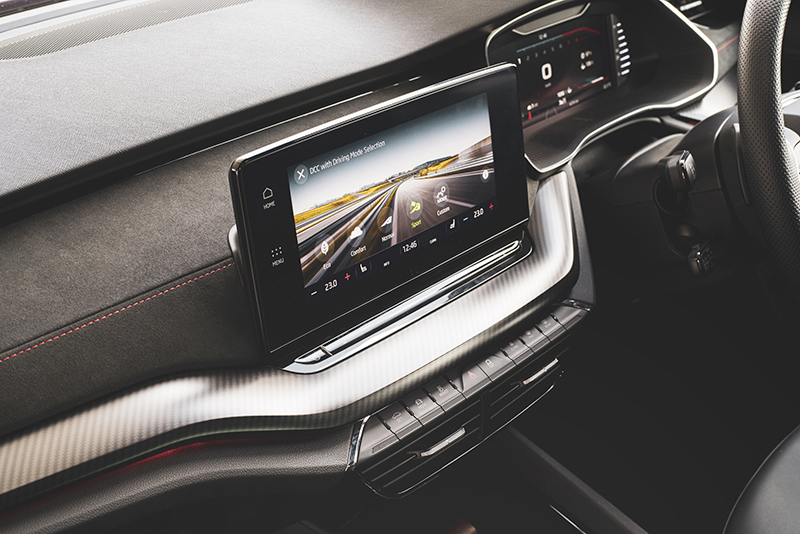 The only odd thing was the middle aircon vents which I felt were positioned a little too low and in an awkward place. 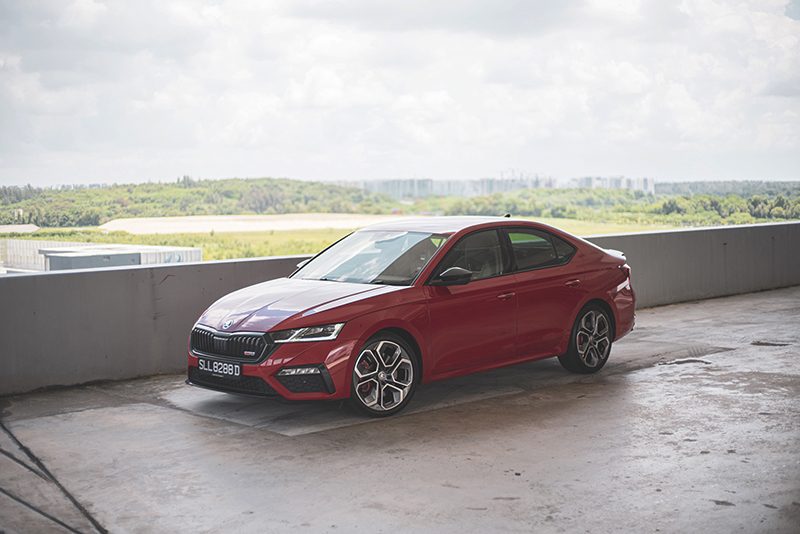 On the outside, the new RS is also a lot more handsome. Less chunky than its predecessor, the new design still boasts lots of sharp edgy lines but has a much sleeker profile. In estate body styling the rear even resembles an Audi RS4! 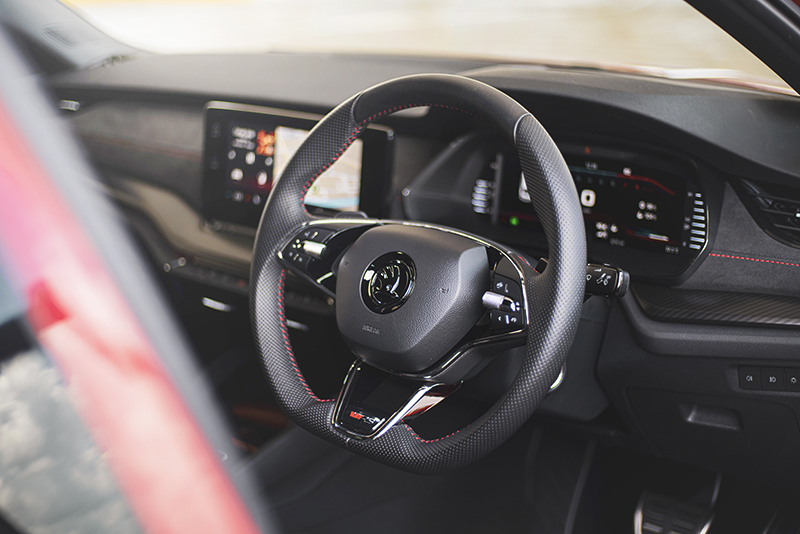 Steer it hard into a series of corners and you'll soon realise though, that this is no RS4. But! It can be just as fun. It's not as scarily powerful, which makes it a tad bit more predictable and controllable and being front-wheel-driven, you're going to be able to easily tuck the front end in with some throttle modulation. 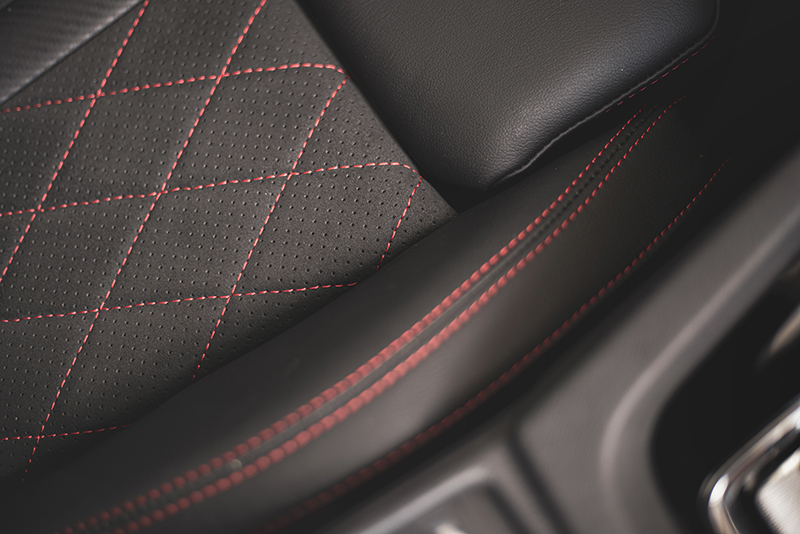 With 241 bhp and 370 Nm of torque, it's still fast, and if you ask me, also a lot of fun. It's not as sharp as a Golf GTi, but know this; it was never meant to be. So please don't be ignorant and start comparing it to a Golf. 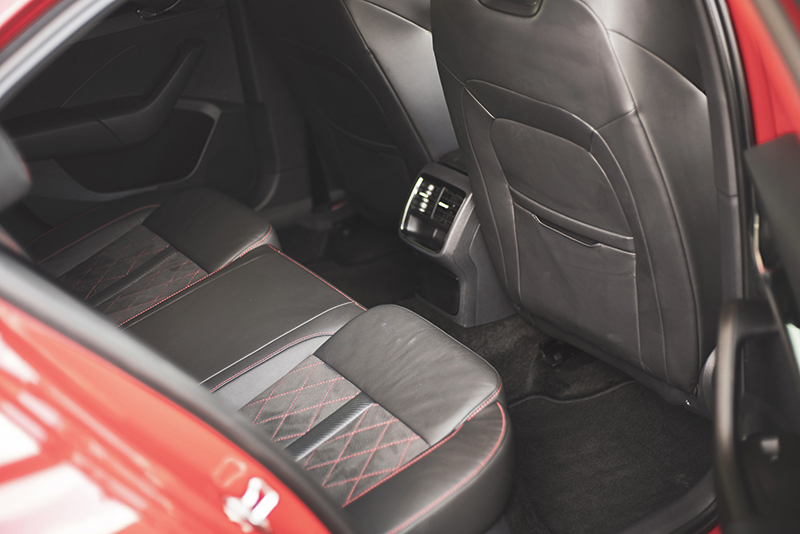 In a nutshell, the Octavia RS is meant to be a performance sedan for the family man on a budget. You can blame COE prices for making it hard for that idea to be a reality, but you can also think of it this way, it's truly one of the most affordable fast saloons you can buy new now. 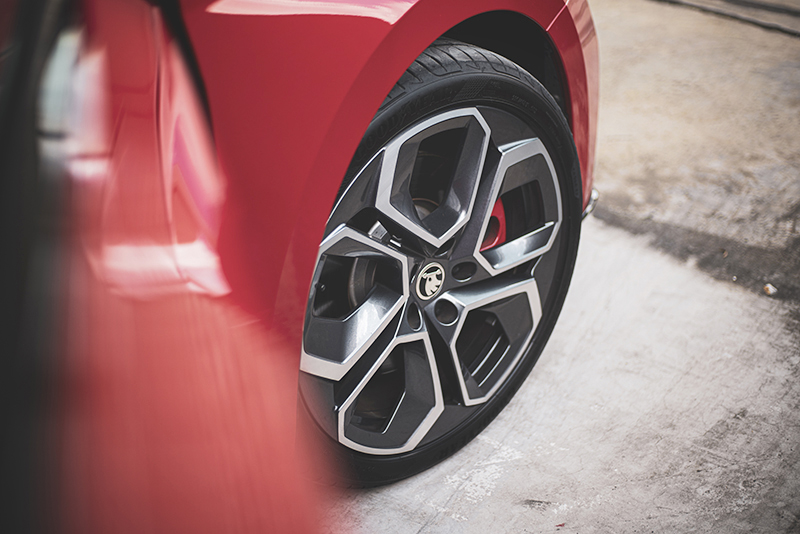 If you have to compare it to its VW Group siblings, it's about $50k less than a GTi and more than half the price of an Audi RS4. 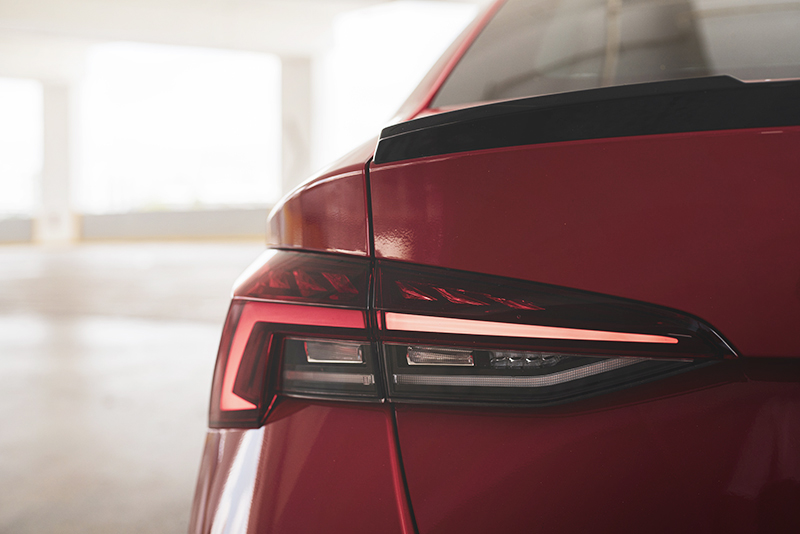 For me the choice is crystal clear, it'll be a red Octavia RS in estate guise, please.