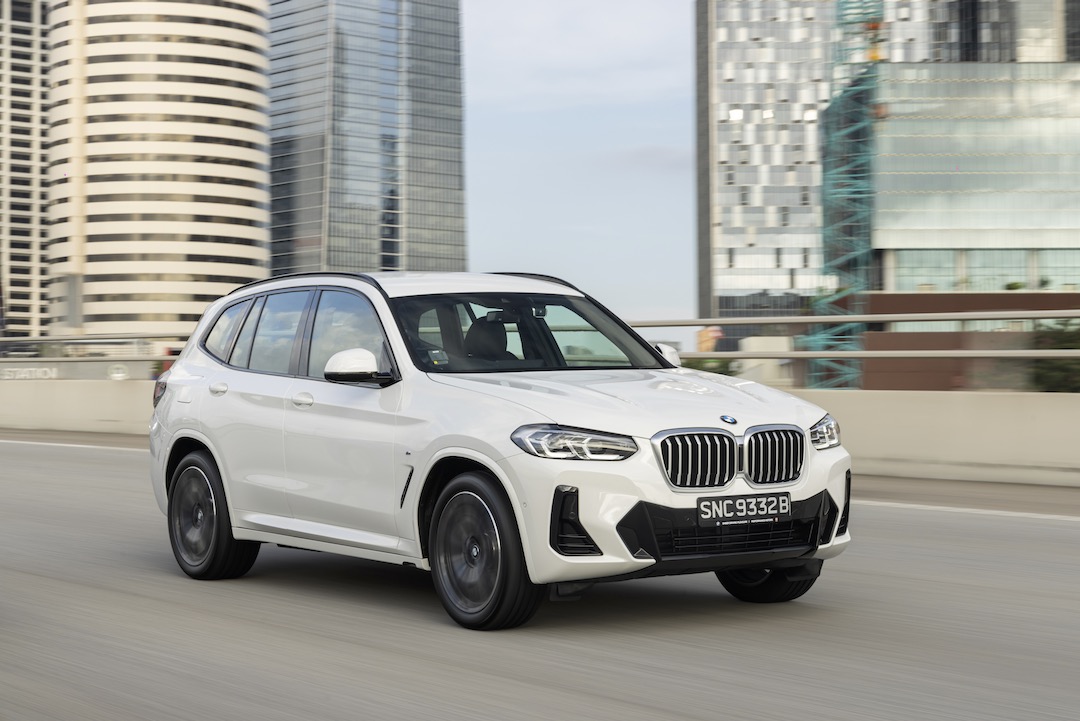 Some timely updates and upgrades are set to keep one of the brand’s best-sellers at the top of its game.

Remember ‘yuppies’? In the 1980s, Young Professional People – hence the ‘yup’ part – were the disruptors of society. Buoyed by confidence, success and easily attained credit, they lived in a Material World where they identified with new forms of luxury to express themselves.

The cars they drove were no exception and no other model epitomized this ideal more than the E30 BMW 3 Series. Soon, other manufacturers followed with competitors such as the Audi 80, Mercedes-Benz C-Class and Saab 900. These cars were a concentration of performance and refinement in a compact class and nothing said “you’ve made it” like these cars. 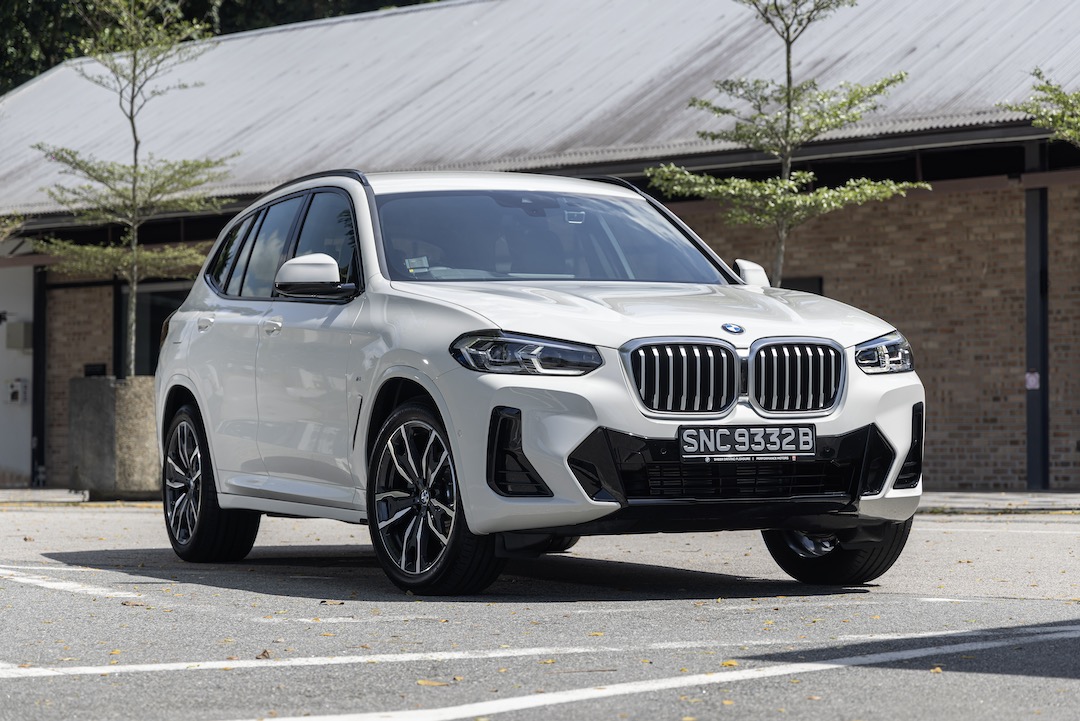 Now that the BMW X3 has been updated yet again, it won’t be surprising to see the sales gap between the X3/X4 and the 3 Series/4 Series narrow even more.

A big part of this reason would be the availability of the X3 as an Electric Vehicle (EV), known as the iX3. Besides the strong interest in EVs, the BMW iX3 also happens to be one of the best propositions in its segment. You can read about it in more detail here. 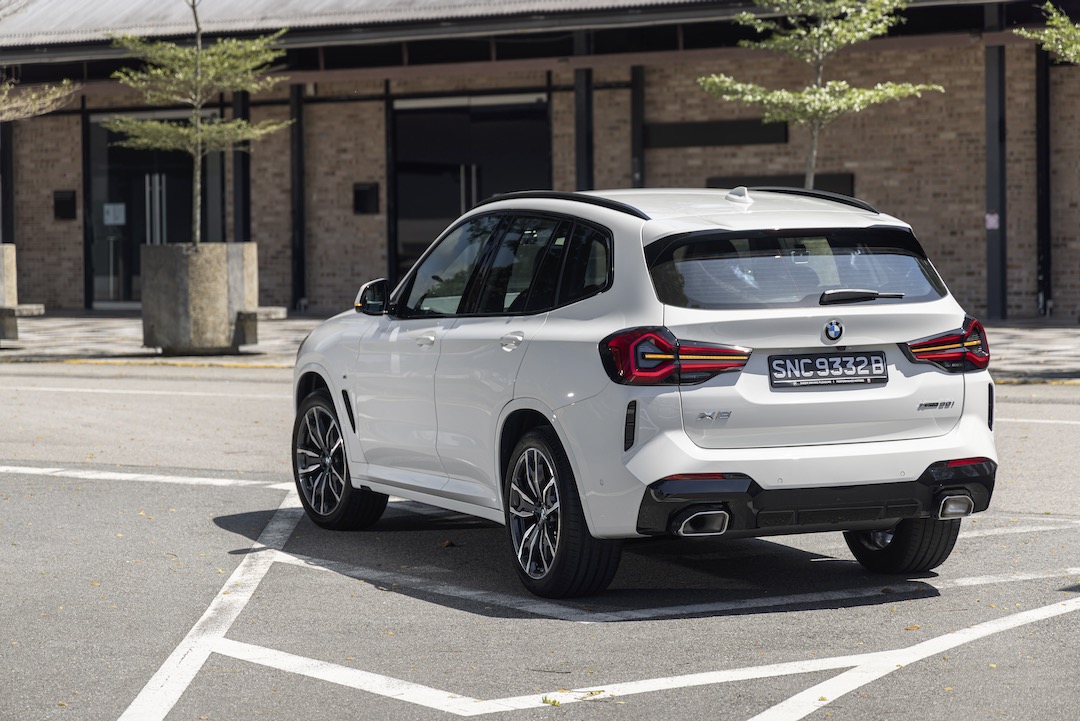 If an EV still sounds too big a change, worry not as the X3 is still available with an Internal Combustion Engine (ICE) as tested here, as well as a Plug-in Hybrid Electric Vehicle (PHEV) to spilt the difference.

Even so, the ICE X3 is now fitted with a 48-volt Mild Hybrid Drive (MHD) to improve fuel efficiency and consumption. If you’re concerned about a compromised drive, à la Prius, don’t be. The MHD works seamlessly to assist the 2.0-litre turbocharged four-cylinder engine and you wouldn’t even know its there as the drive feels completely ‘organic’. 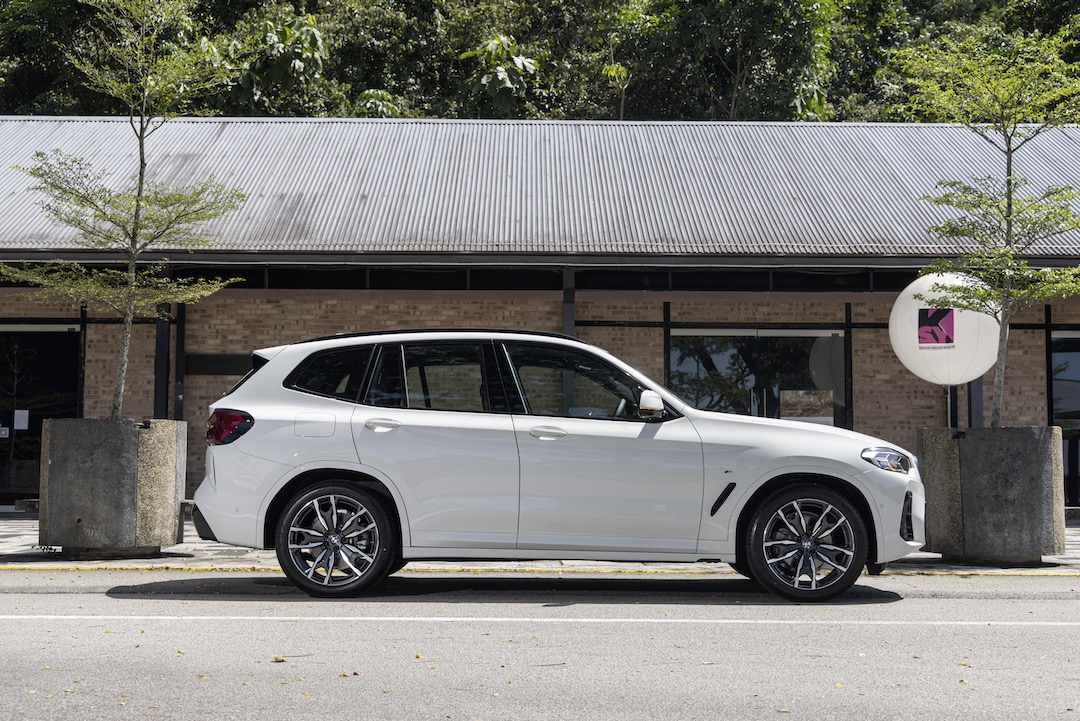 Instead, the X3 xDrive30i feels exactly as anyone would expect a car in this category of car. comfortable, refined, with ample reserves of power for an effortless drive.

Those looking for a little more oomph will find it in the X3 M40i which makes 115hp more than the 245hp of our xDrive30i. The additional performance however, comes at the expense of ride comfort. 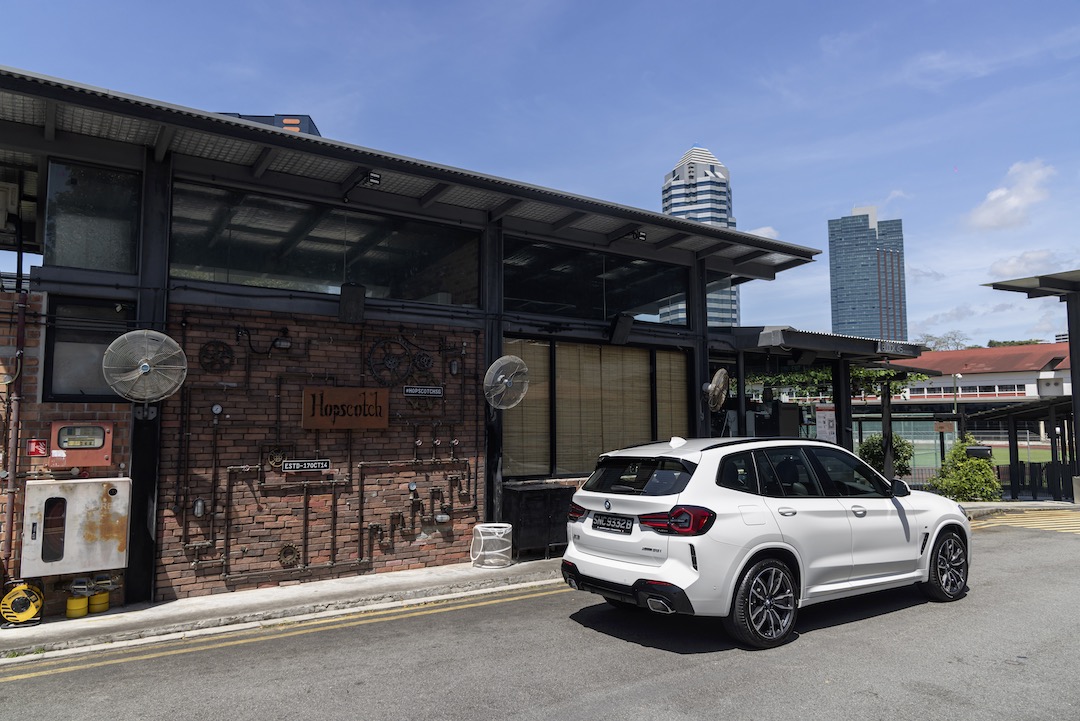 I’d happily live with the softer-sprung xDrive30i however, as there’s more than ample performance on tap as it is, while the more comfort-bias suspension setup makes the X3 more useable for family car duties and life in the city.

Although most X3s are destined to be confined to paved roads, the xDrive30i version is fitted with all-wheel drive for good measure. It even comes with Hill Descent Control so wouldn’t take much more than a set of all-terrain tyres to give this car some off-road ability should its owner be so inclined. See what I did there? 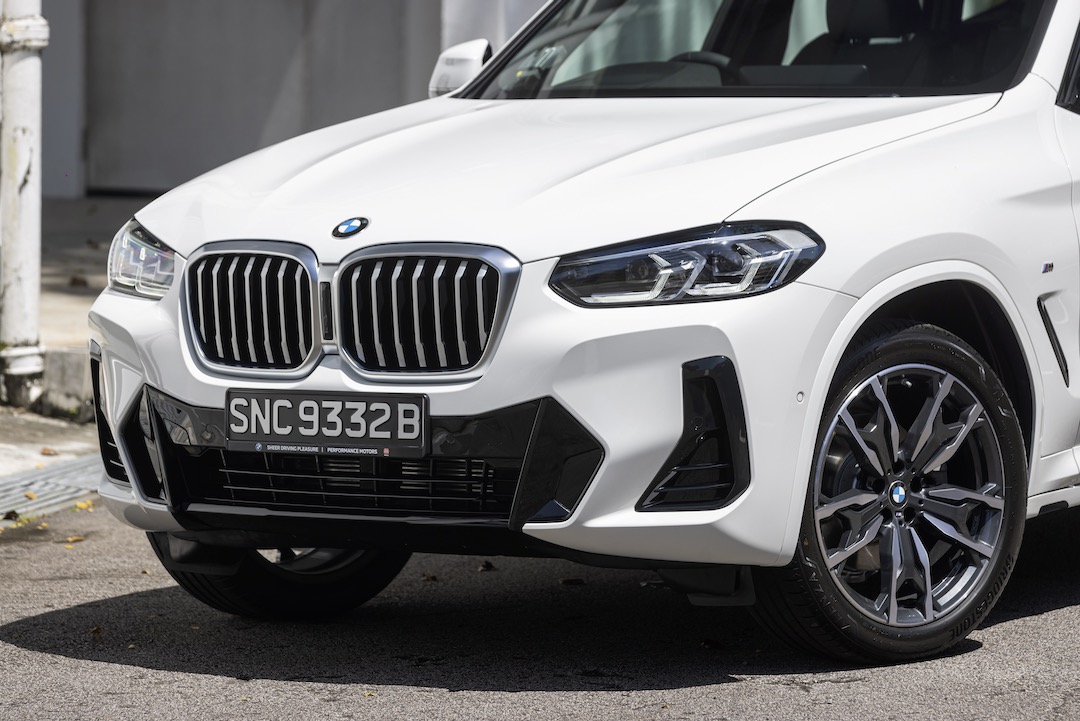 While the mechanical updates have gone a long way to improving the way it drives, most BMW X3 owners however, are likely to be drawn to its new styling and interior design.

Up front, BMW’s recent obsession with ever-larger grilles shows no signs of abating as the new X3’s has grown to a point that it is a single-piece item. The two halves are demarcated by a black centre strip that houses the front-facing camera known as the iCam…

The headlight clusters have been re-profiled to be 10 percent flatter. Separate fog lights are done away with as the adaptive LED matrix headlights automatically switches to an adverse weather light mode when the wipers are turned on. These can be optionally upgraded to BMW Laserlights that can capable of a range of 650 metres. 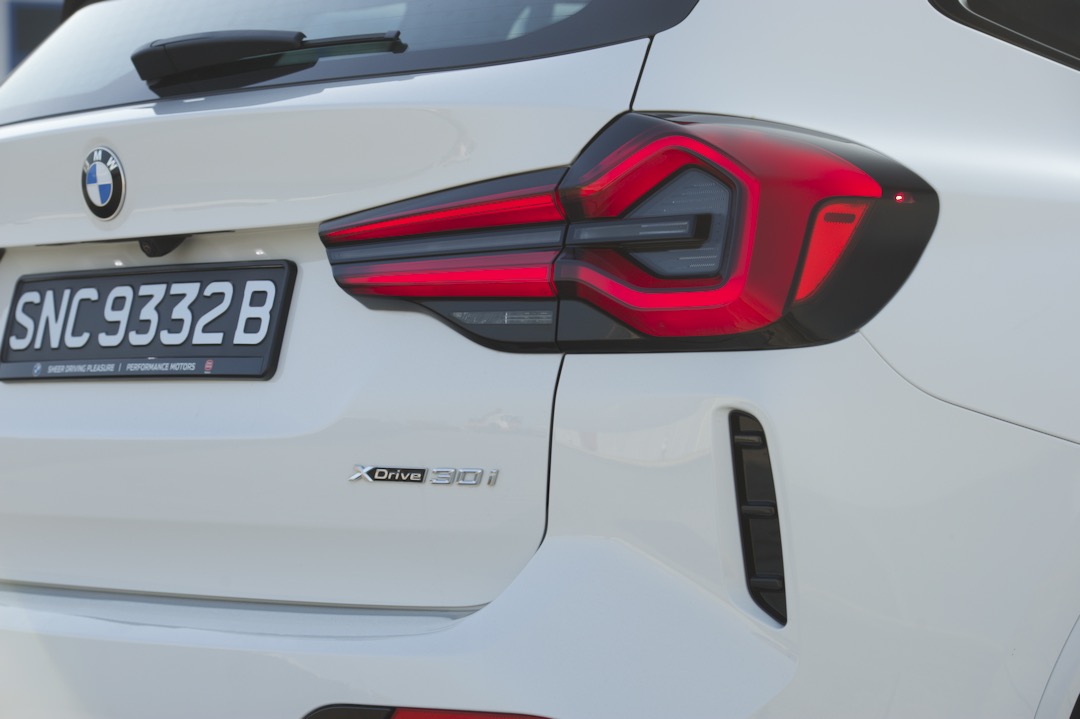 At the other end, the new X3 can easily be distinguished by redesigned taillights that incorporate a pincer-shaped light signature.

Our test car was also fitted with the M Sport package which includes the new 19-inch alloy wheel Y-Spoke 887M in Midnight Grey Bicolor with 245/50 R19 tyres as standard. 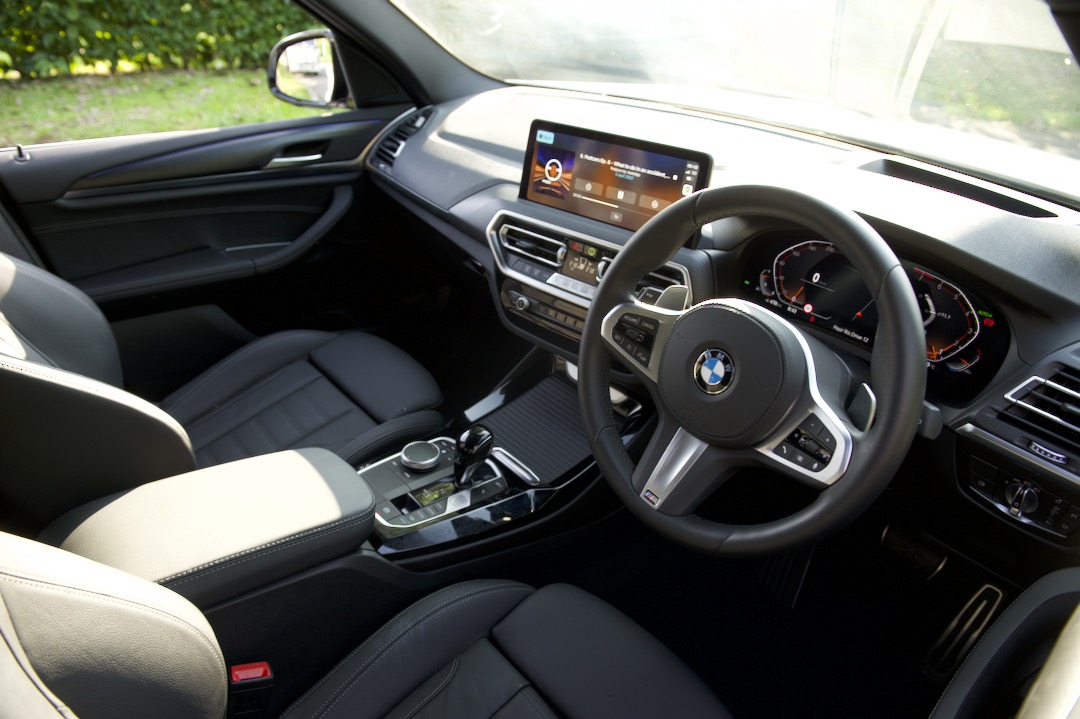 Inside, the BMW X3 now features the same centre console found on the 4 Series. This is dominated by a free-standing 12.3-inch touch-sensitive central Control Display.

Most of the accoutrements expected in a premium SUV (or Sport Activity Vehicle – SAV, in BMW-speak) are present and accounted for; wireless smartphone charger, wireless Apple CarPlay, Head-Up Display. Perhaps more crucially, they work as intended! Yes, I’m talking about you, Lexus NX 350 F-Sport… 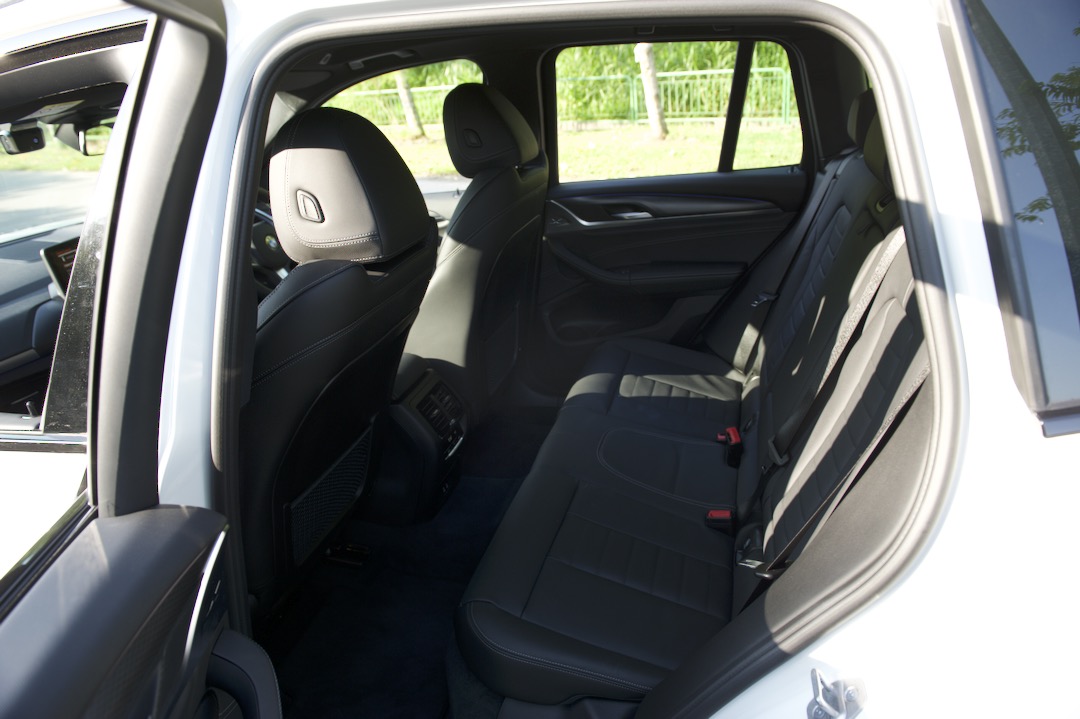 Perhaps the latter is one of the closest competitors to this variant of the BMW X3. In this context, it is the older Beemer that shows that it can hold its own. Time has allowed its engineers and designers to hone the X3 into a car that’s not only capable, it shows its segment how it should be done. Although powered by a four-cylinder engine, it manages to be smooth and refined enough to not mind that it’s missing a pair of cylinders to be a ‘proper’ executive car.

For its occupants who are blissfully unaware what’s powering their ride, they’d simply enjoy the comfort and visibility of of riding in the new BMW X3. 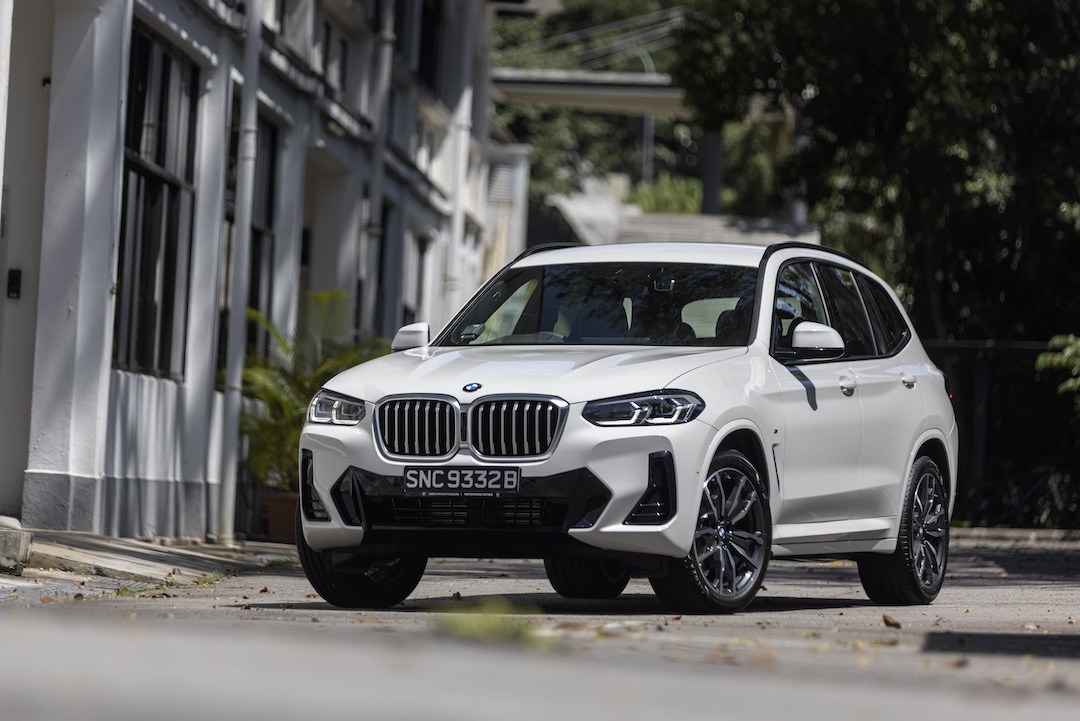