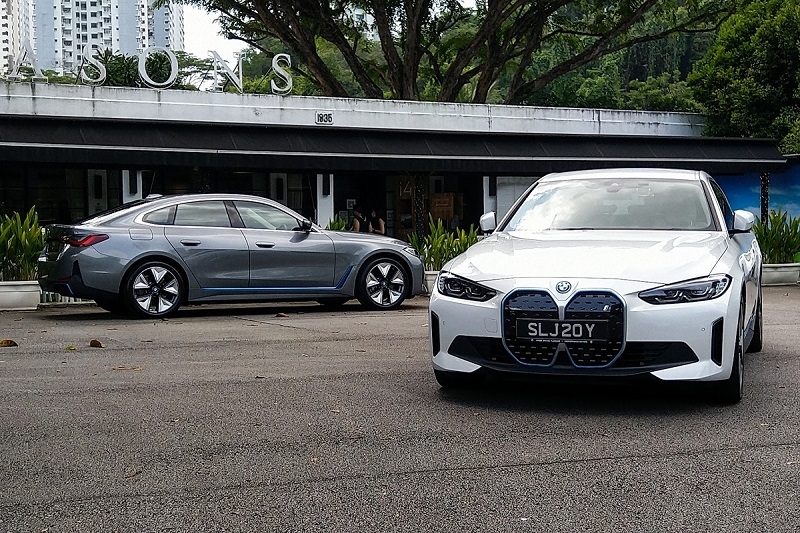 BMW i4 launched in Singapore

BMW’s EV offensive finds another gear with the launch of the first-ever i4 today. Although it has four doors, the Bavarian automaker calls its latest car a ‘Gran Coupe’ – alluding to the sporty lines of a 4 Series Coupe combined with the practicality of a sedan and the comfort and long distance capability of a grand tourer.

When it comes to the latter, the entry version known as the i4 eDrive40, when fully-charged, is capable of a range of up to 590km. Timely, considering that Singapore drivers will be able to drive into Malaysia without restrictions again from April 1st. With such a range, the i4 should be able to be driven to Kuala Lumpur without any problems. It is also reassuring to know that Shell has a network of 180kW high-speed chargers along the North-South Expressway in Malaysia just in case the i4 or any other EV needs a quick juice-up.

Powered by a 250kW (340hp) and 430Nm electric motor that drives the rear wheels, this enables this EV to accelerate to 100km/h from a standstill in 5.7 seconds. 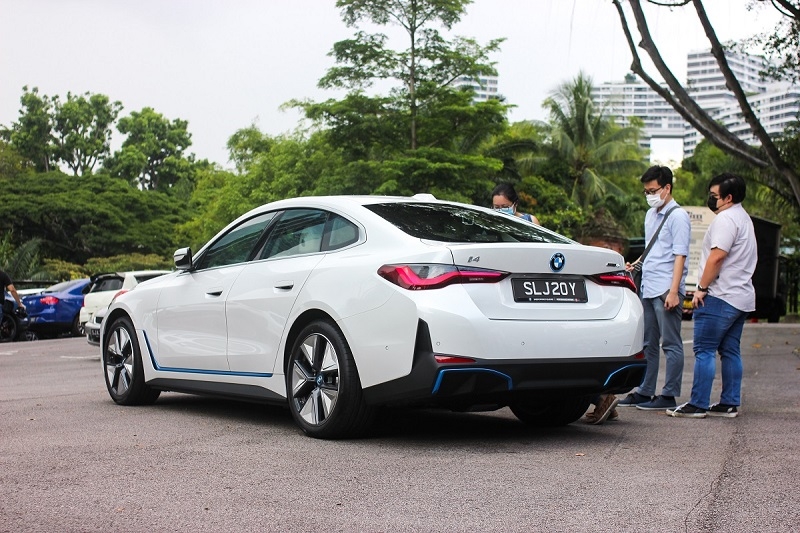 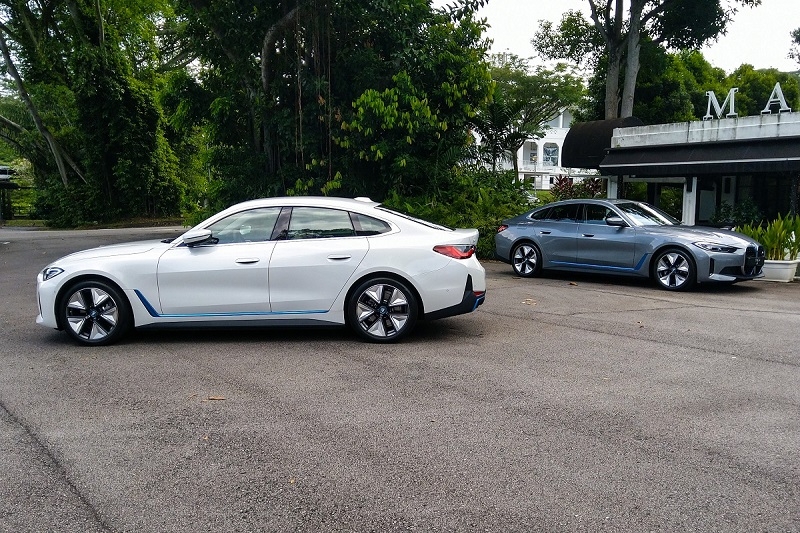 With this pair of i4s, it is patently obvious that BMW has its sights set on the Tesla Model 3. The figures of the eDrive40 closely matches those of the Model 3 Standard Plus while the sportier M50 version gives the Model 3 Performance a run for its money - on paper, at least…

Addressing the local media today, Lars Nielsen, Managing Director, BMW Group Asia, mentioned that 58 percent of customers in the region who participated in a survey, named the after sales experience as a major consideration when buying an EV. 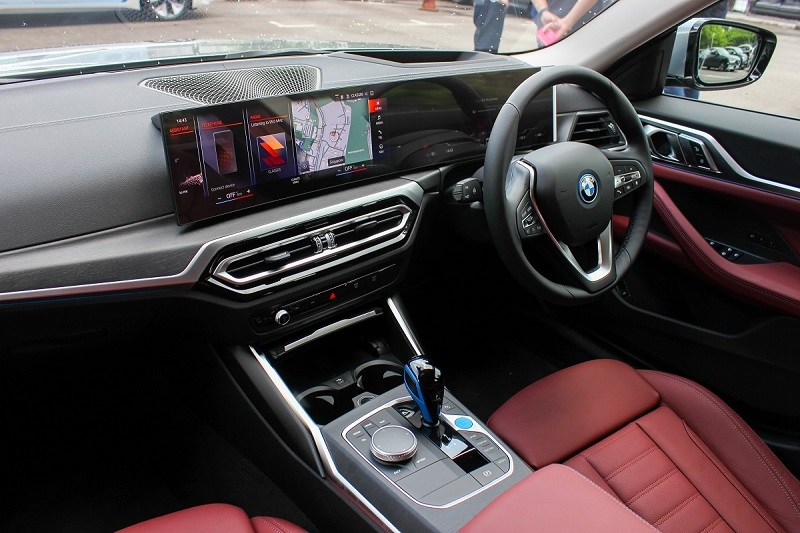 In the context of EVs, the after sales experience includes charging. To this end, BMW is collaborating with Shell to offer free charging for the first 3 years of ownership or complementary wall box installation if it is feasible at their home or workplace, for example.

Both versions of the BMW i4 are capable of charging at up to 205kW on DC power and 11kW on AC. If plugged into a DC charger in excess of its maximum 205kW, 10 minutes at this rate would add 164km of range. 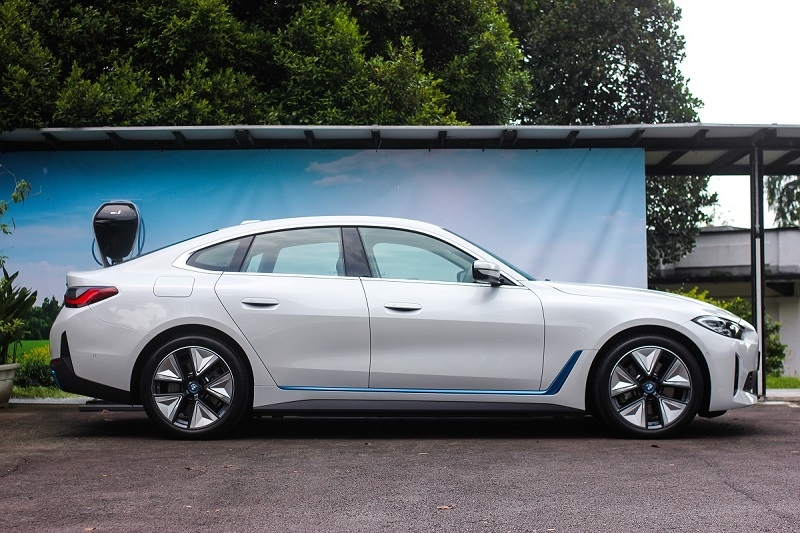 As with all EVs, charging speeds are throttled as batteries reach their capacity limit. In the case of the i4, the 205kW capability applies when the battery is around 10 percent. After which, there is a reduction of charging speeds that goes down to 50kW, by the time it is charged to 80 percent.

Other competitors at a glance

Priced from $311,888 with COE, the BMW i4 eDrive40 finds itself bridging a gap between the China-made Polestar 2 and Tesla Model 3 at one end of the spectrum and the Audi e-tron GT and Porsche Taycan, which are both made in Germany, at the other. 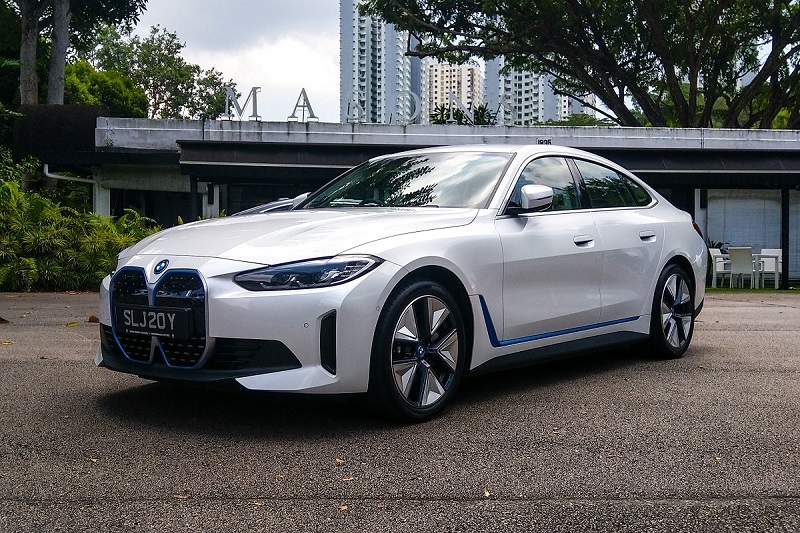 As the list above shows, it’s very much a case of you get what you pay for in terms of performance and range. Given the BMW i4’s positioning, it could well be in the sweet spot of its segment. 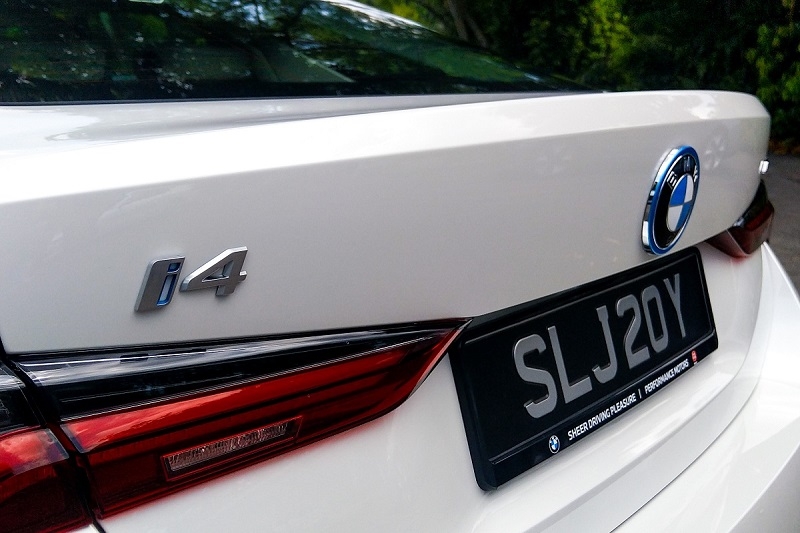