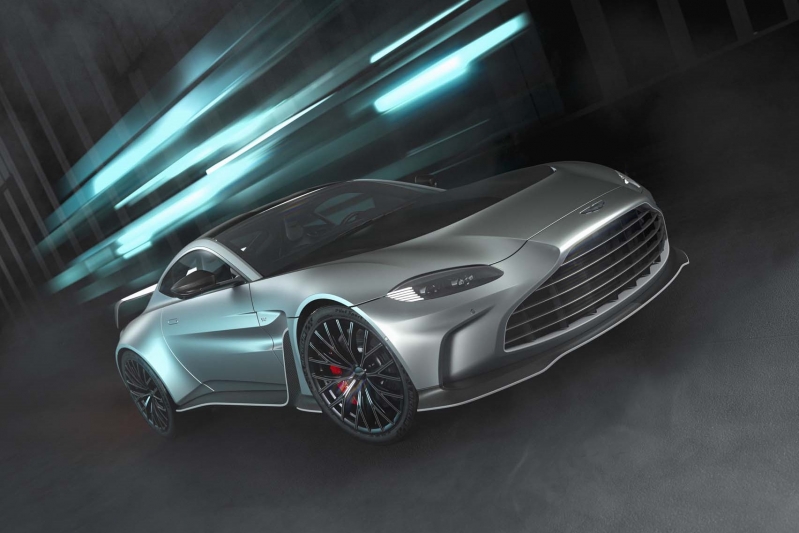 The Aston Martin V12 Vantage marks the end of an era

Not only is this the final time we’ll see a V12 in an Aston Vantage, it’ll sadly also be one of the last times we’ll see a car maker cram a bit engine in a small car.

It’s the oldest trick in the performance car recipe book: take big engine; stuff into small body; sit back and watch the fireworks. Carroll Shelby very famously went down this route with the Shelby Cobra; Alfa Romeo, Renault and Volkswagen memorably did the same with their V6-powered 147 GTA, Clio V6, and Golf R32; and most tantalisingly, Aston Martin followed up on the idea when they crammed the 5.9-litre V12 from their most powerful car (the DBS) into their smallest (V8 Vantage) to create the exhaust-noise-from-the-heavens V12 Vantage.

And now, they’ve made a new one, though sadly, it’s also to be the last V12 Vantage Aston says they’ll make. And you can’t buy one either, because they’ve already sold every single one of the 333 cars they’re making.

Still, not like you or I could ever have afforded one anyway, and the fact it’s all snapped up doesn’t detract from this being probably one of the last pure-ICE new cars we’ll ever be celebrating. 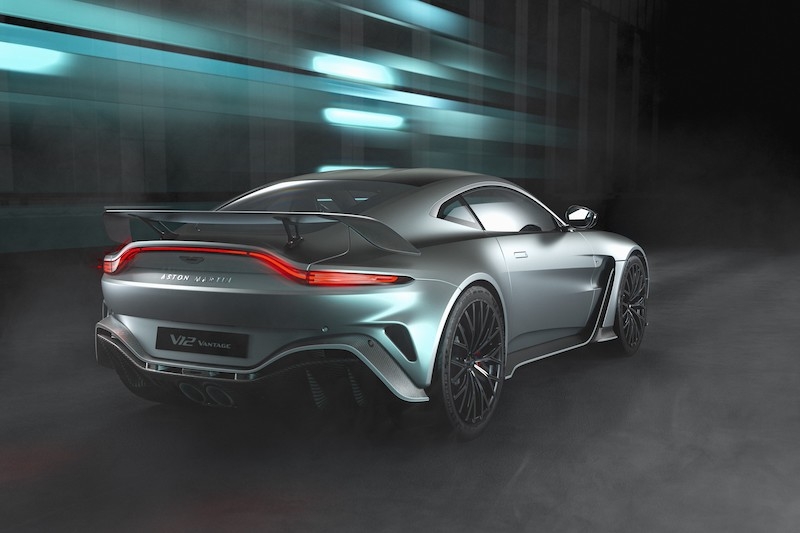 Like its 2009 forebear, the new V12 Vantage borrows its engine from the most powerful car in the Aston range, in this case the 5.2-litre twin-turbo V12 from the DBS Superleggera. Unlike the old car though, the engine isn’t a direct transplant this time round, but rather it’s been detuned slightly from the DBS from 725hp and 900Nm to 700hp and 753Nm. That’ll allow the V12 Vantage to hit 100km/h in 3.6 sedonds, on the way to its 320km/h top speed. 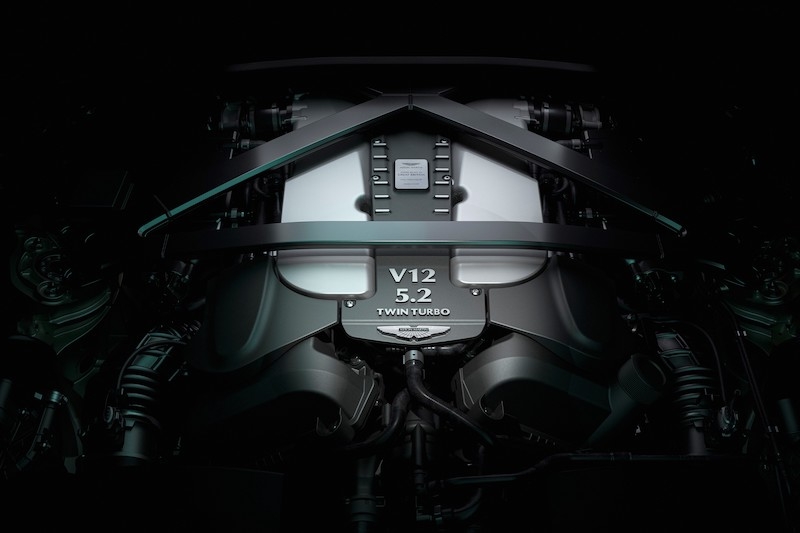 All of that is hooked up to a mechanical limited-slip diff (instead of the standard Vantage’s electronically-controlled diff) and a ZF 8-speed automatic transaxle, which has been recalibrated according to lessons learnt from the V12 Speedster and Vantage F1 Edition for better response and refinement. 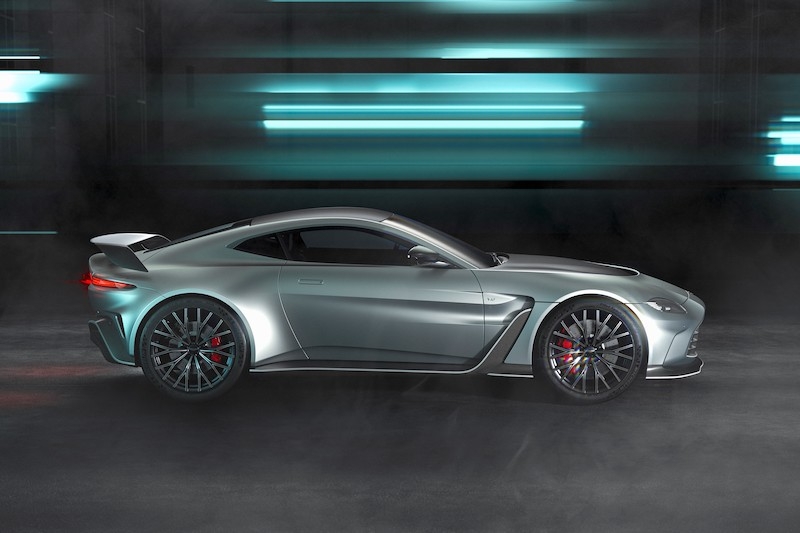 Since a V12 is much heavier than a V8 by dint of having more engine, the V12 Vantage has had some lightening measures put in place to keep the weight gain in check. These include carbonfibre or composite body panels, a lightweight battery, lightweight centre-exit exhaust (made from 1mm stainless steel; saves 7.2kg), carbon-shelled bucket seats (7.3 kg saved), lightweight forged wheels (8kg saved), and carbon-ceramic brakes as standard (a whopping 23kg of unsprung mass saved). All in though, the V12 Vantage still weighs in at 1795kg, 110kg over the base Vantage (which is about the same difference between the DB11 V8 and V12). 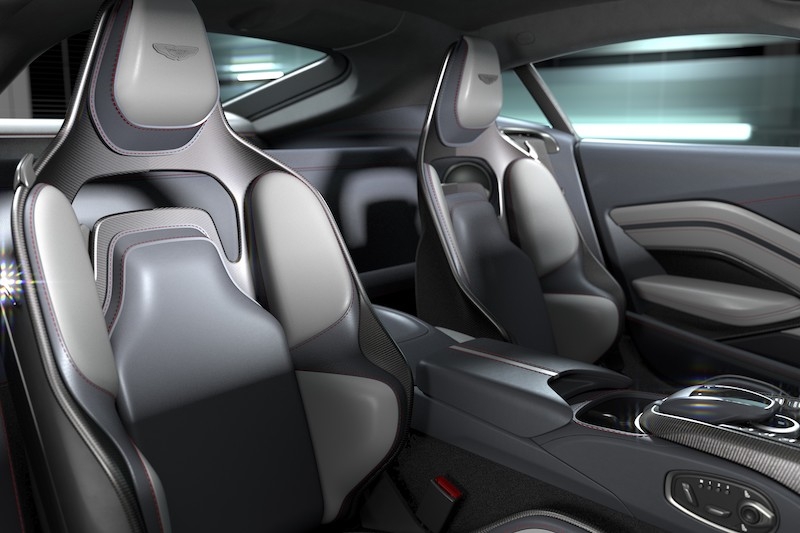 To keep tabs on all that extra power and weight, the car has also received many handling upgrades. For starters, the body is 40mm wider to accommodate an increase in track width, the springs are 50% stiffer at the front and 40% at the rear, there’s extra bracing all over the bodyshell, and the anti-roll bars, top mounts and steering have all been tweaked. 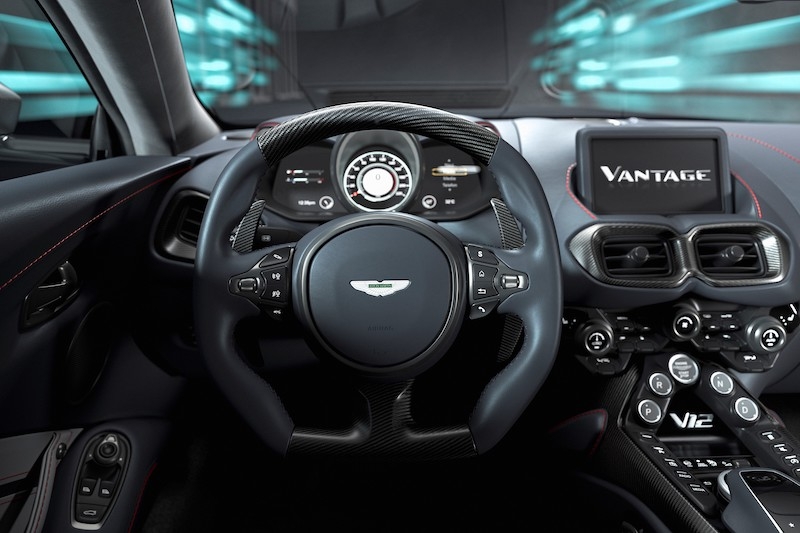 As for the bodywork, well, it’s not exactly restrained is it? The changes made to keep the engine cool, those are fine: a 25% larger grille and a “horseshoe” shaped vent in the clamshell bonnet (which is a much neater solution than the old V12’s quad-column of hood perforations). 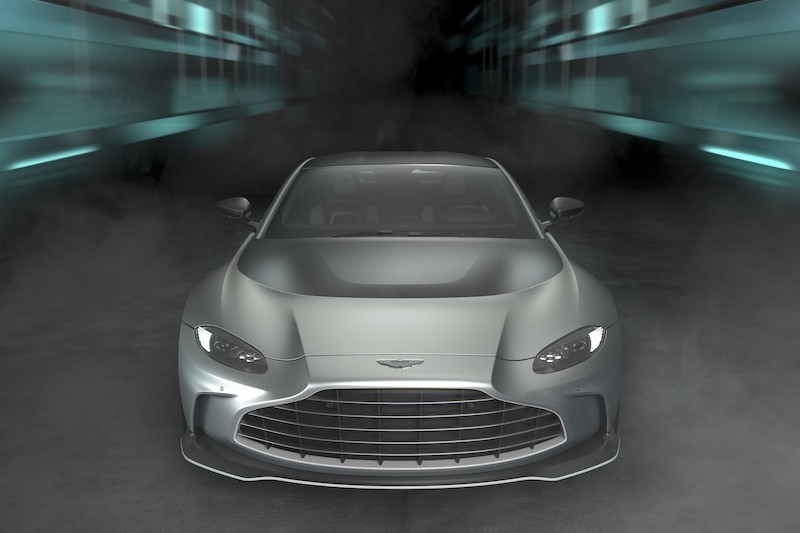 But the aero devices? Hmm, not so sure about that. There’s a full-width front splitter, single-piece side sill, and a whacking great rear diffuser (all in carbonfibre, natch), and up top there’s a very un-Aston-like rear wing. It’s said to produce 204kg of downforce at the car’s top speed, but given that nobody’s gonna be doing serious cornering above 300km/h, and that buyers have the option to completely delete it, one does wonder just how effective it really is… 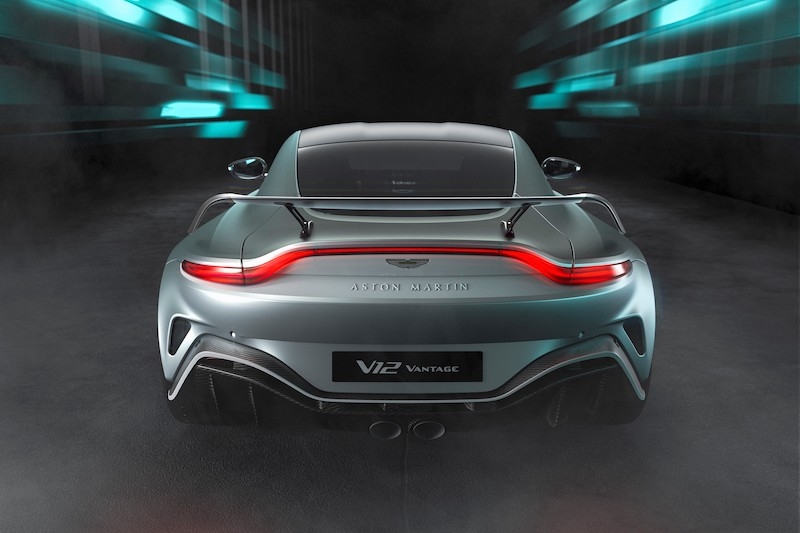 When Jeremy Clarkson reviewed the old V12 Vantage on Top Gear in 2009, he did it in a haunting, poignant and tear-jerking piece, lamenting how supercars like that would be “consigned to the history books”, that he had a “horrible, dreadful feeling that what [he was] driving [was] an ending.” That prediction may have been quite far off the mark then, but with the war on internal combustion being all but lost, those words couldn’t ring more true now. As it turns out, the new V12 Vantage isn’t just a send-off for the hardest-hitting baby Aston, it’s a send-off for the small car-big engine formula as well. 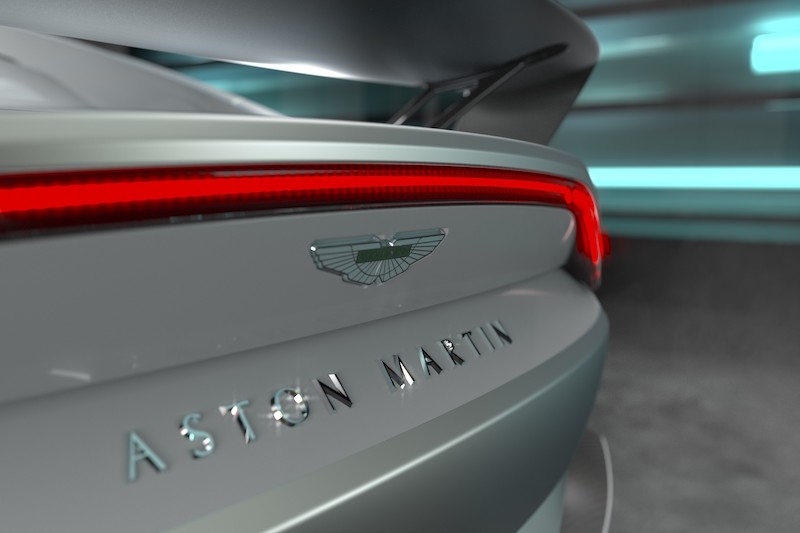