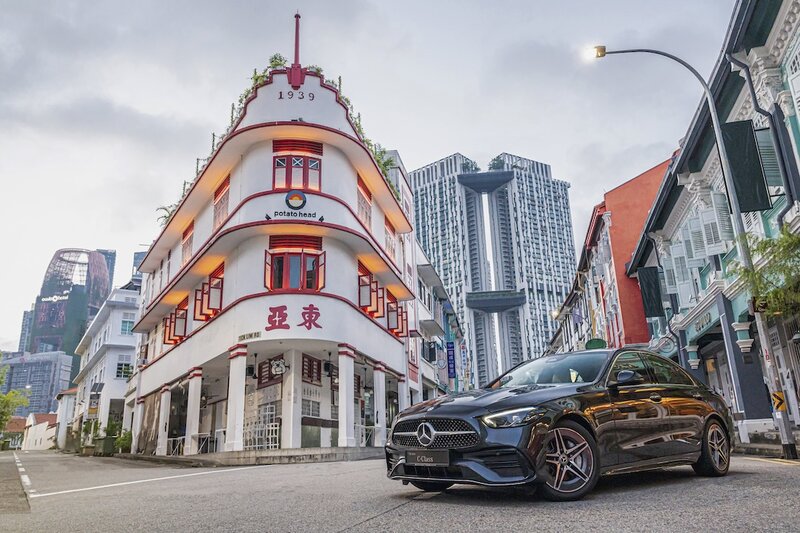 Starting at just over $250k, the highly-anticipated German compact sedan makes a fashionably late entry into the local market

Good things, as the saying goes, are worth waiting for. So if waiting nearly a year after the global premier is anything to go by, then the all-new Mercedes-Benz C-Class should be very good indeed. 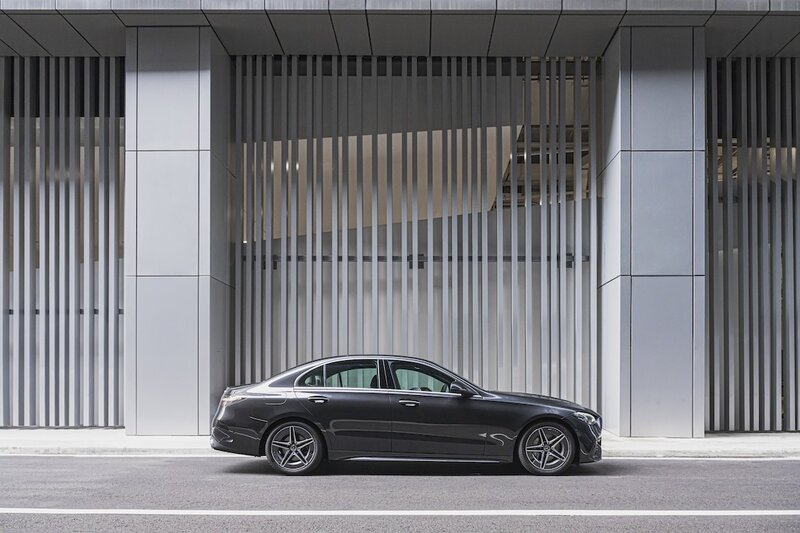 At the time, local representatives advised that the sixth-generation C-Class will arrive by Q4 last year. Delays brought about by the pandemic and other model roll-outs can be attribute to the slight delay. 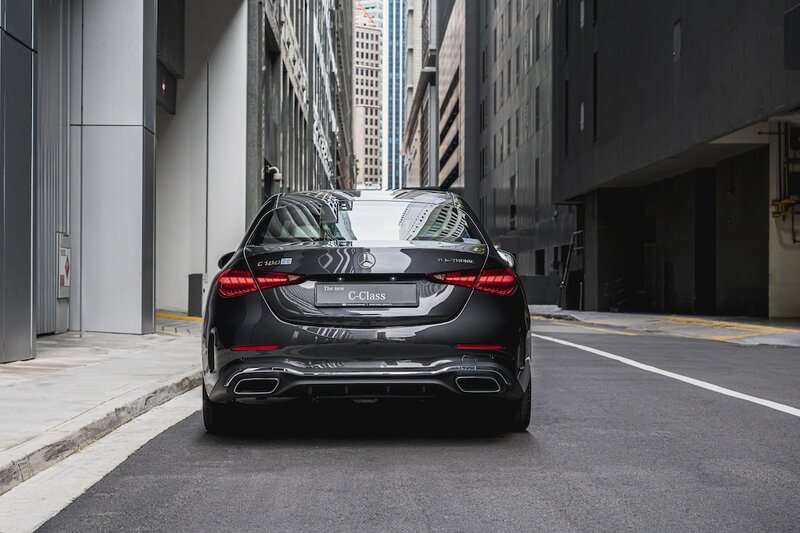 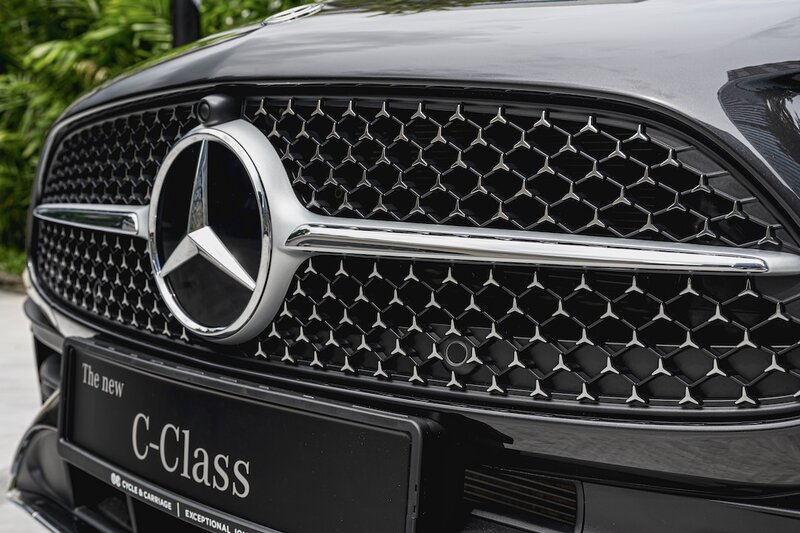 For the first time, the entire C-Class range will be electrified to varying degrees. The C 180 and C 200 for example, both come with 48-volt mild hybrid technology. Later this year, there will be a Plug-in Hybrid Electric Vehicle (PHEV) version that claims a 100km range on battery power only. Even the range-topping C63 AMG model will be an electrified 2.0L four-pot, with around 500hp. 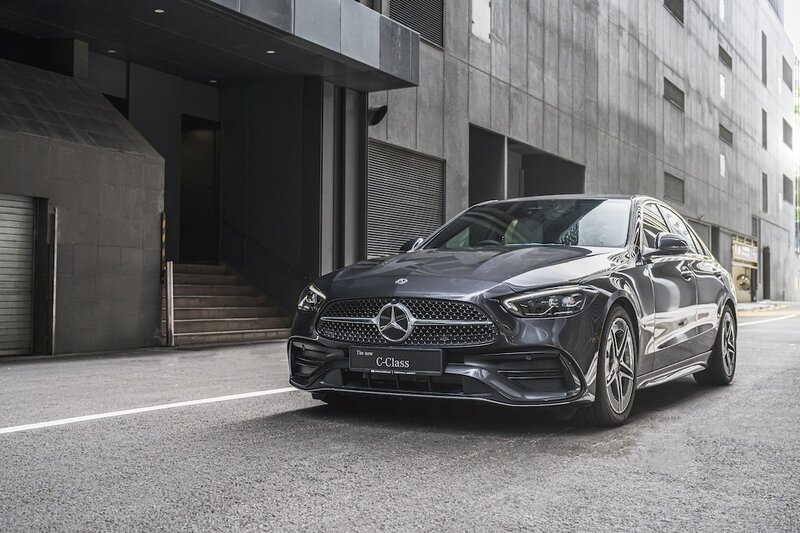 Also new to the C-Class is all-wheel steering. This adds a greater degree of stability at speeds above 60km/h while also offering better agility and handling. At low speeds, there’s also the benefit of a tighter turning radius for easier parking in tight spaces. 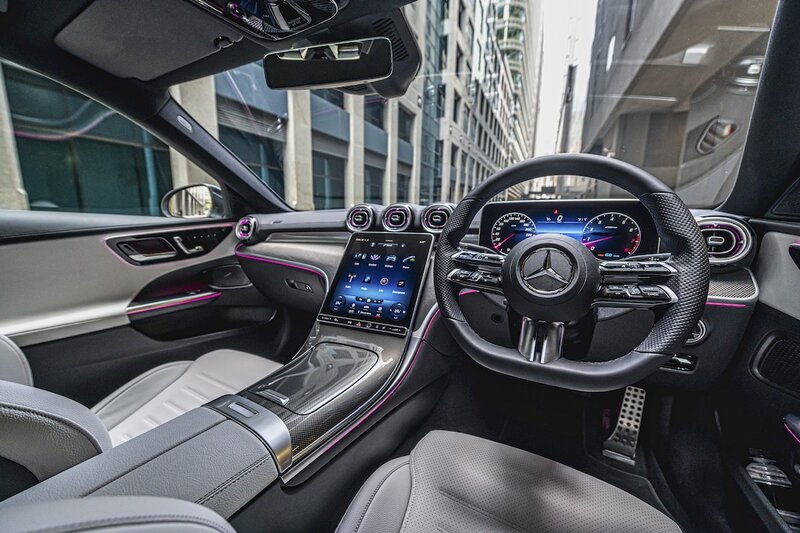 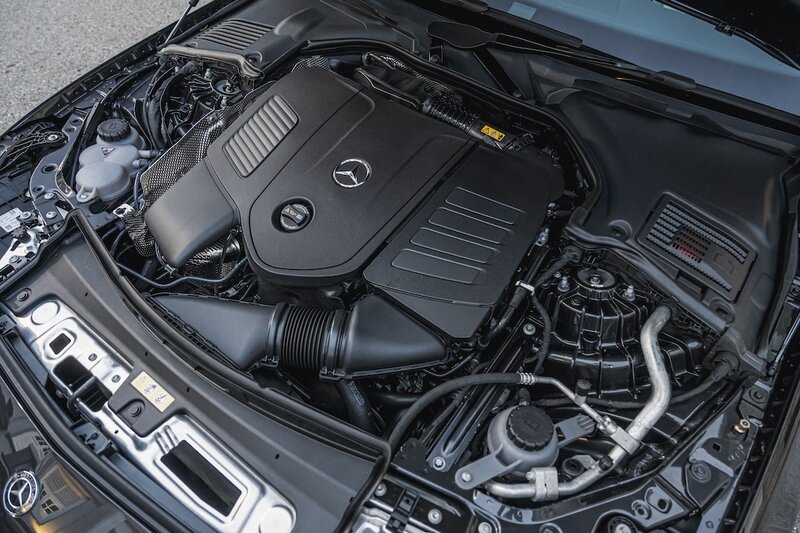 While the new power units promise significant improvements in fuel efficiency and performance, it is the handsome styling that steals the show. 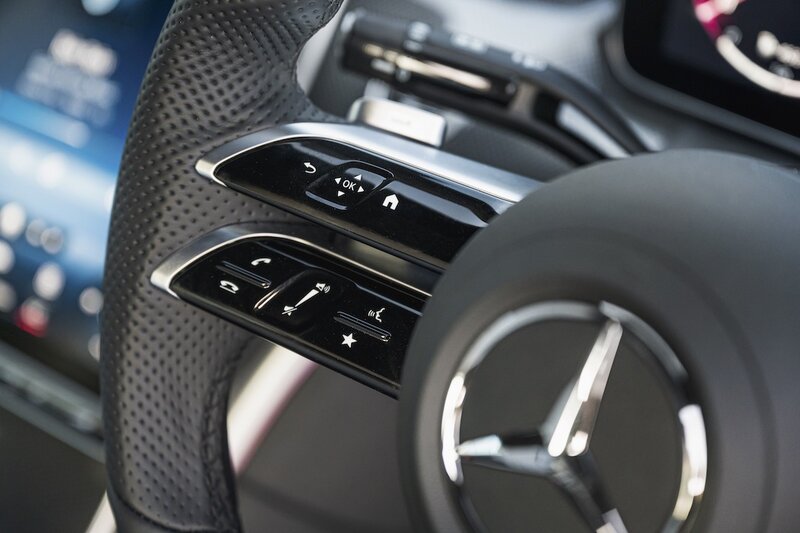 Visually aligned with the latest generation of Mercedes-Benz models such as the new S-Class, the new C-Class with angular head lamps and a sharper and sportier design is easy to distinguish from the previous model. One of the design highlights include a new front ‘diamond’ grille for the AVANTGARDE models where the chrome accents are shaped as tiny three-pointed stars of the brand’s logo. 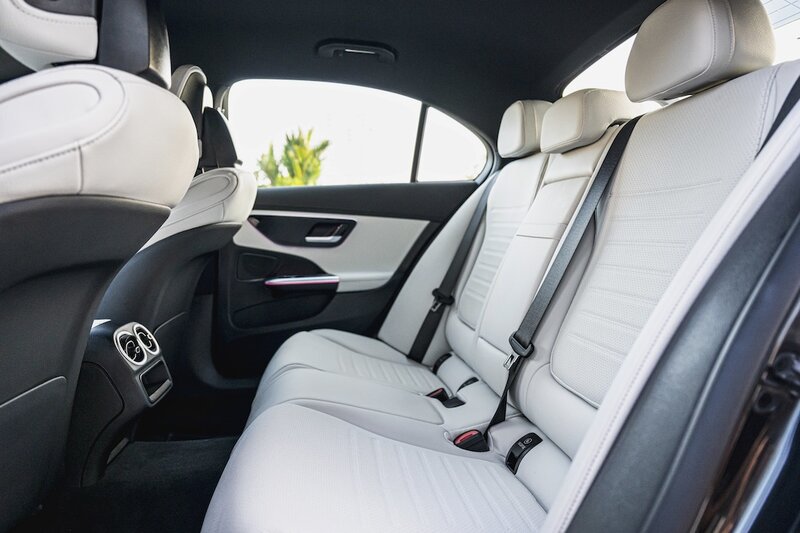 Inside, the occupants could be forgiven for thinking that they’re sitting in the flagship sedan, for the C-Class features a similar interior, albeit scaled down to fit the compact footprint. 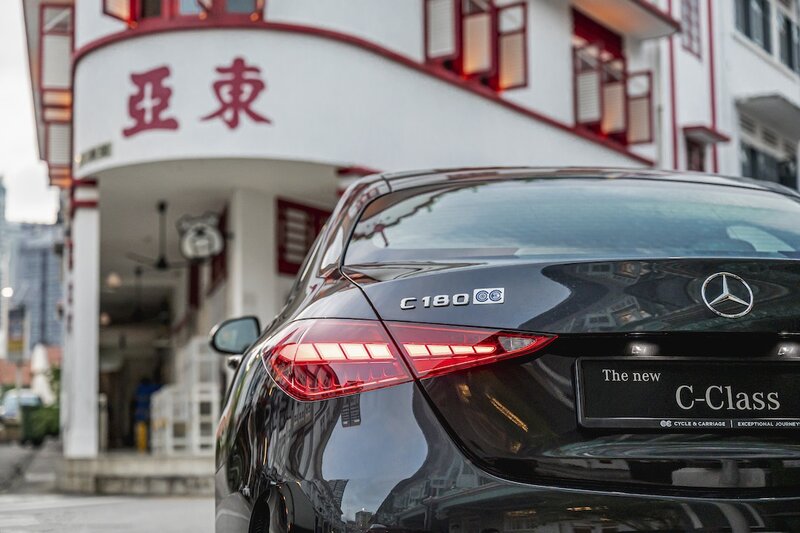 In here, they can look forward to a plethora of accent lighting and the latest generation of the MBUX (Mercedes-Benz User Experience) infotainment system that even includes a web browser in addition to smartphone connectivity such as wireless Apple CarPlay, and Android Auto. With Over The Air (OTA) update capability, owners of the new C-Class will always be assured of the latest improvements to this intelligent system. 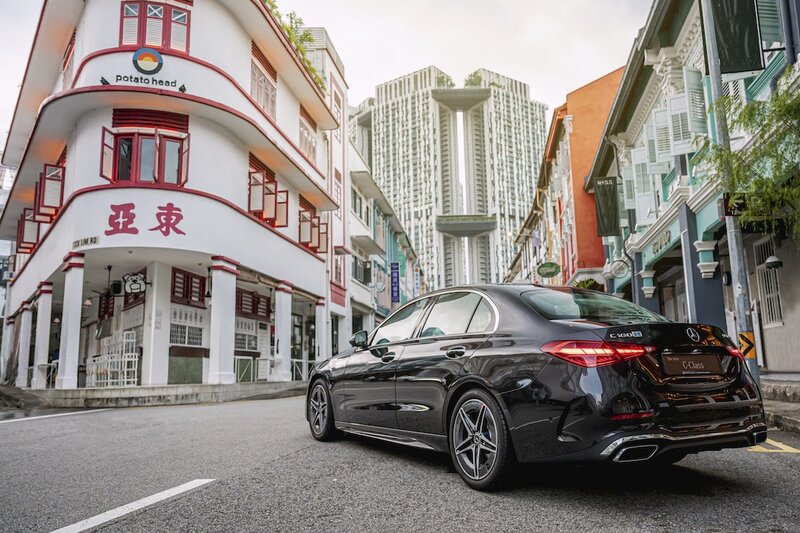 Understandably enthusiastic, Claudius Steinhoff, President & CEO of Daimler South East Asia/Mercedes-Benz Singapore explained that his company’s latest car represented a significant milestone for the brand. “Since inception, the C-Class has historically always occupied a very special place among the Mercedes-Benz passenger car model lineup all over the world– it continues to be one of the most popular, and sought-after Mercedes-Benz among car owners both globally and here in Singapore.” 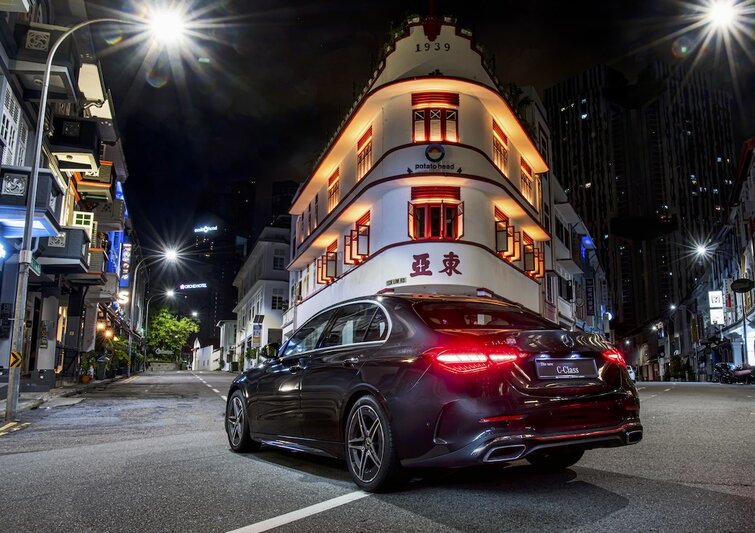 “With this new C-Class, we’ve truly outdone ourselves once again with unique drivetrain innovations and an intuitive connectivity concept; all while extending the C-Class’ luxurious appeal and keeping the environment top-of-mind. There are plenty of reasons for our customers in Singapore to fall in love with the new C-Class,” Mr Steinhoff added. 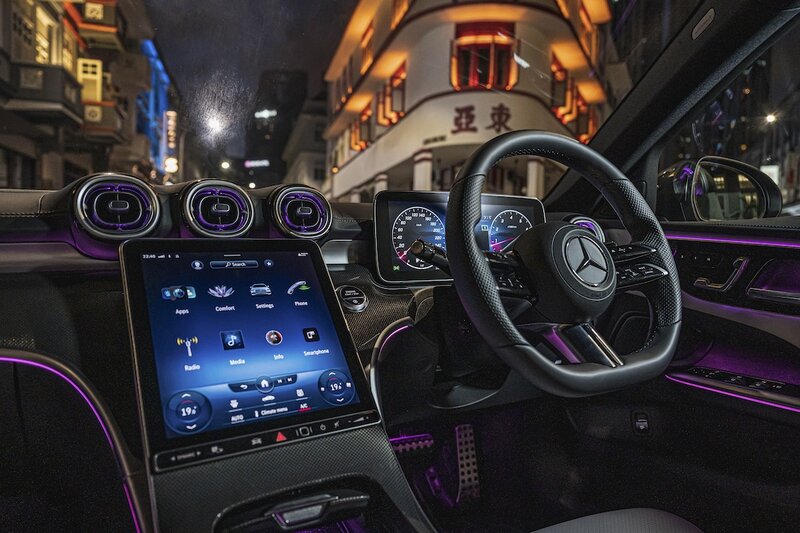 Mercedes-Benz C-Class at a glance