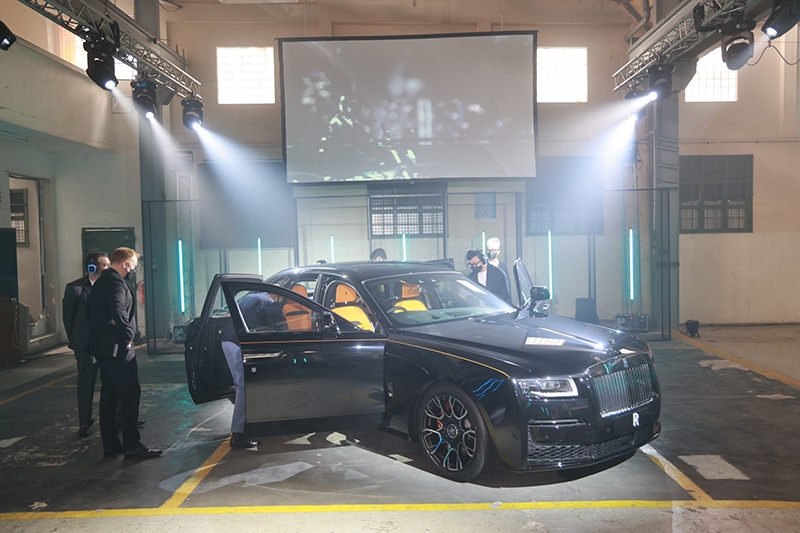 The dark side of the British luxury marque’s entry model comes purer and more technologically advanced.

Disruptors, outliers, and visionaries – these are some people that Rolls-Royce are aiming their Black Badge models at.
Their Black Badge range was first debuted on the Wraith and Ghost in 2016, followed by the Dawn in 2017. It was then joined by the Cullinan SUV in 2019, for a new segment of clients wanting to drive themselves.
Yesterday, the latest Black Badge model made its Southeast Asian debut here in Singapore, with a Black Badge version of the ‘Post Opulent’ era Ghost.

Rolls-Royce’s Bespoke programme is known for creating cars in all colours of the rainbow and more (ahem, Michael Fux), so why go for black? 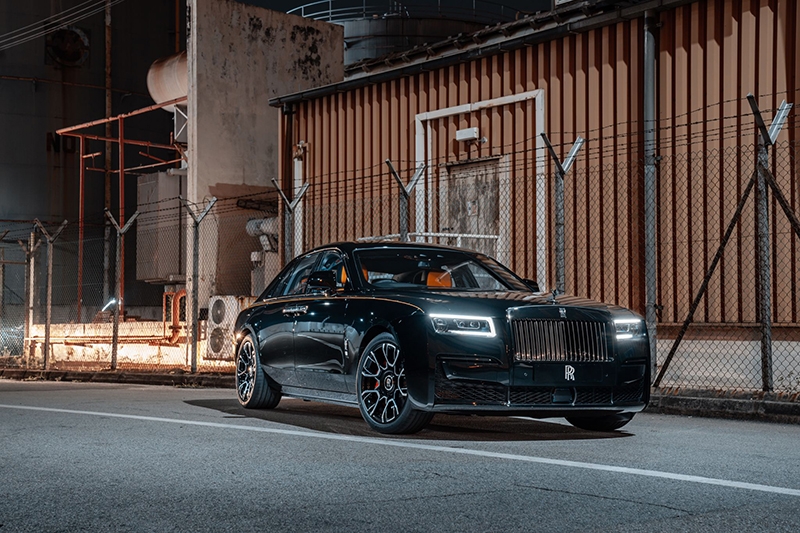 Think power, authority, or elegance, and you’d probably associate it with black. The intensity and depth of black are unrivalled, especially when it comes to the paint on this car. Rolls-Royce claims that you won’t find a darker shade of black within the automotive world. 45kg of paint gets atomised and goes on the body, before two layers of clearcoat go over it. Once that’s done, four craftsmen hand-polish the surface to perfection. 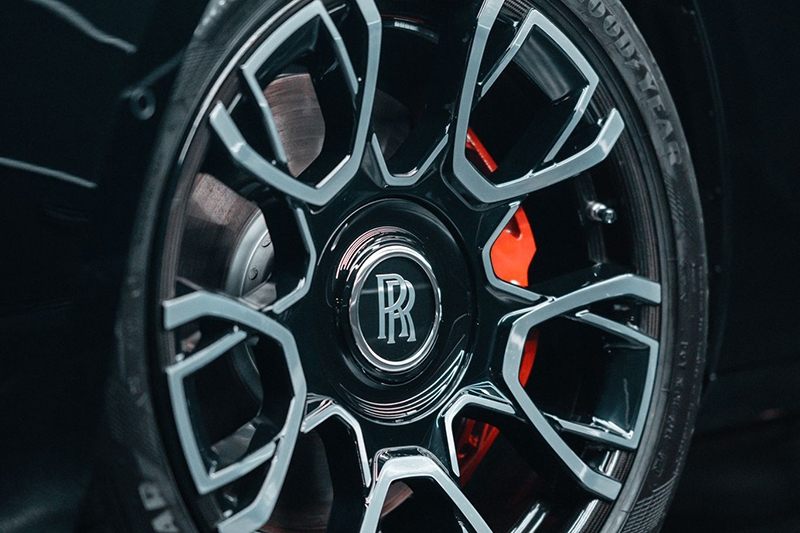 The usually shiny bits on the Ghost are now dark-chrome plated, including the Spirit of Ecstasy and Pantheon grille. The Black Badge Ghost also gets unique 21-inch carbon fibre composite wheels, with each wheel barrel made up of 22 layers of carbon fibre. 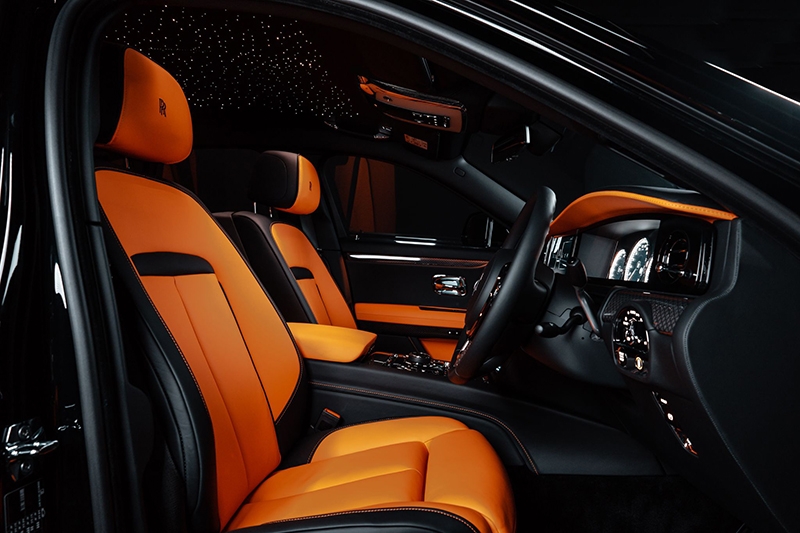 Going Into the Dark

Step into the Black Badge Ghost, and you’ll notice that the dark theme continues. 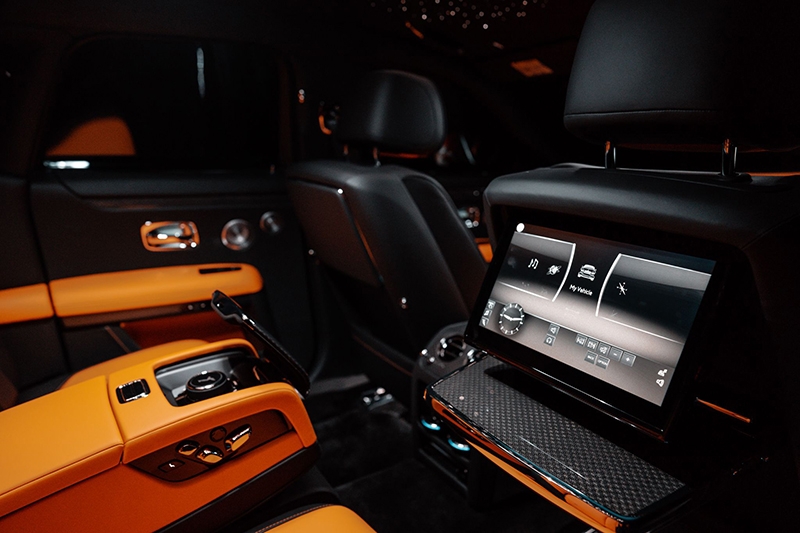 Advanced luxury materials are still used, but they follow the design philosophy of authenticity and material substance, rather than overt statement. Where you’ll usually find fancy veneers, such as on the dash, you’ll now find a complex but subtle weave that incorporates a deep diamond pattern. The modern-looking pattern is made up of carbon and metallic fibres, and are covered by six layers of lacquer. 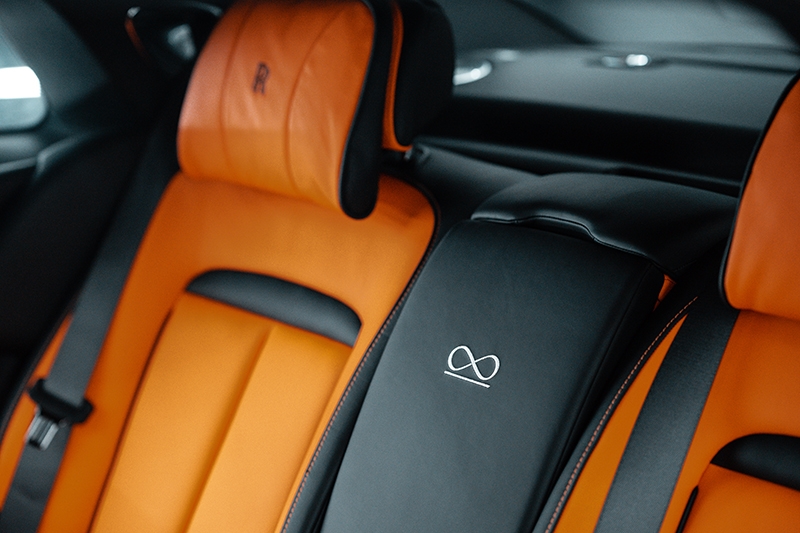 Another signature of Black Badge models is the Lemniscate, codified by the mathematical symbol that represents a potential infinity. Originally applied to Sir Malcolm Campbell’s record-breaking Rolls-Royce-powered Blue Bird K3 hydroplane, this symbol is applied to the rear seat to reflect an unrelenting pursuit of power. 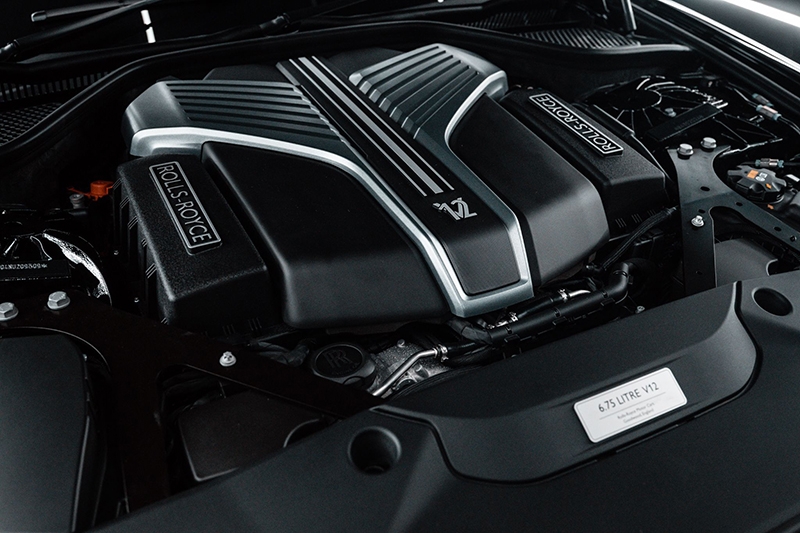 As with other Black Badge models, the ZF 8-speed ‘box gets a ‘Low’ mode, selectable from the gear selector stalk. When activated, this gives the driver 50% quicker gearshifts during hard throttle applications above 90%. 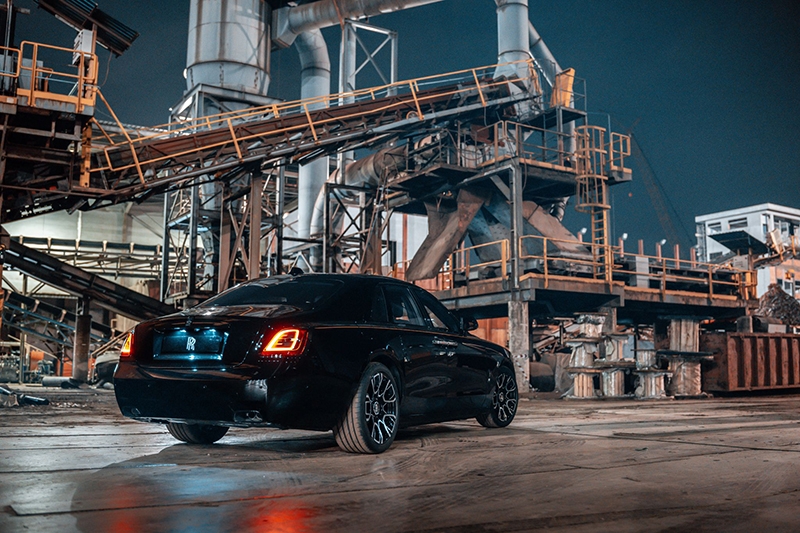 Prices for the Black Badge Ghost start at S$1,468,888 without COE, depending on options, of course. For more information, contact Rolls-Royce Motor Cars Singapore.