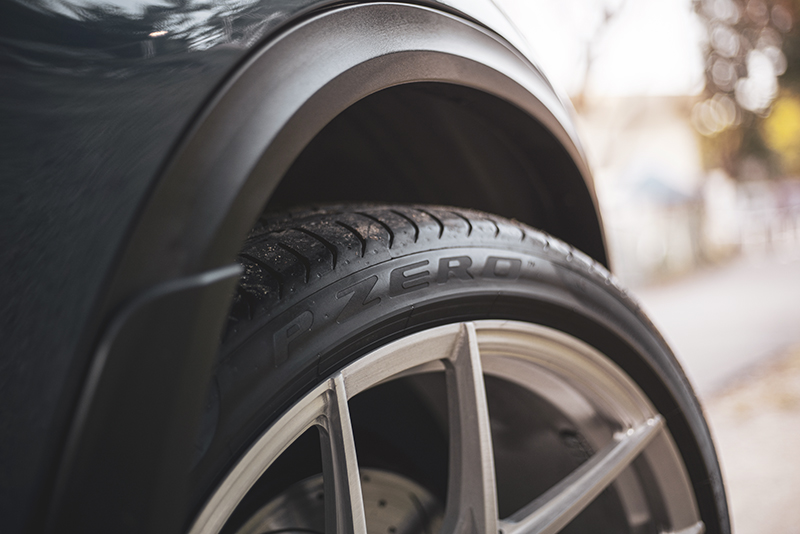 We fit a set of new Pirelli P ZEROs on our BMW X5.

Finding the right tyres for your car can be a tricky thing. Why? Well, you won't know how good they are till you fit them on. By the time that's done, money is out of your pocket. 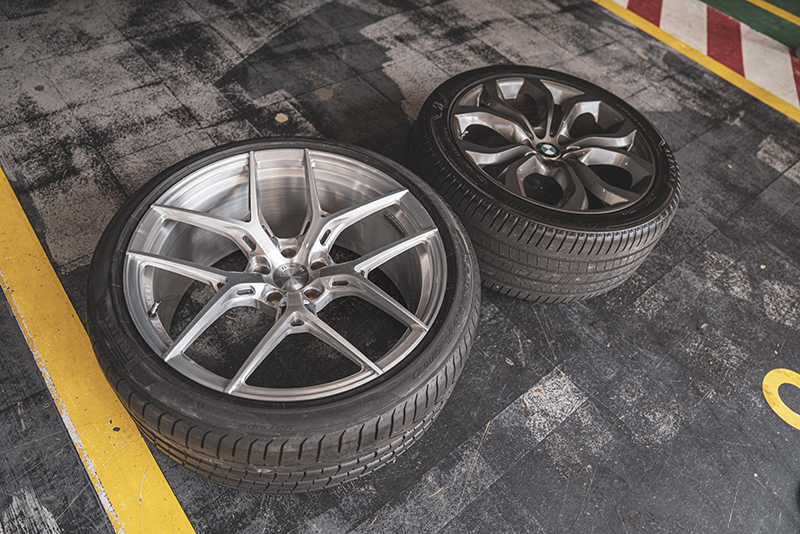 We all place different priorities on the tyres we want. Of course, these priorities are in line with the way we drive and our transportation needs. But if you're reading this, having a set of sporty or Ultra-High Performance (UHP) tyres is probably something you're looking at. It might be because you're already driving a performance car that needs grippy rubbers to harness its power and handling, or perhaps you are a heavy-footed driver and like pushing your car to its limits, and a set of UHPs are what you need. 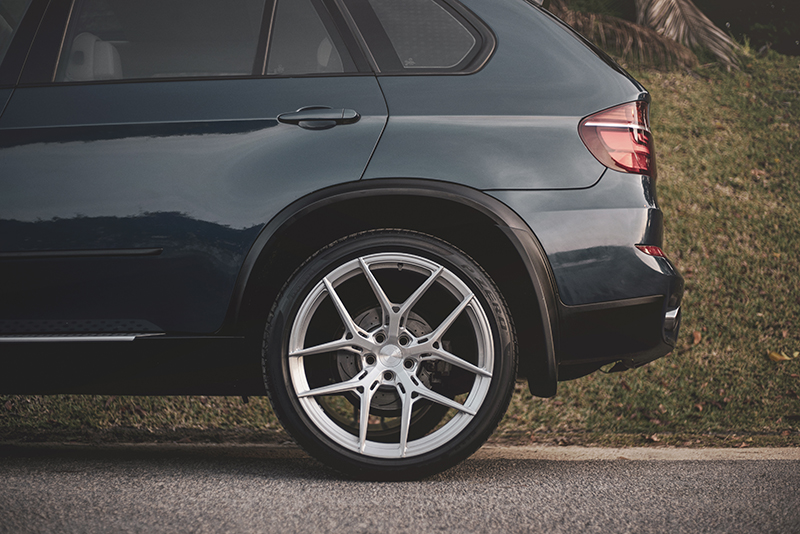 Well, if that's you, then we can be friends. I've been in both of the above situations, owning performance cars and pushing 'normal' cars hard. So UHP tyres are the only thing I will ever have on my cars. My current ride is a bit of both. On paper, the BMW X5 xDrive35i is not a performance car. Unlike the X5 M or M50d, the 35i is a 'base' model in Singapore's context. However, it's no slouch either. With 306 bhp and 400 Nm of torque, this SUV will accelerate from 0-100 km/h in 6.8 seconds. Even after 11 years, this unit (after quite a lot of money spent) still feels as fresh as when it left the factory. In fact, with some minor tweaks I've made, the car feels even smoother and torquier than when I first got it. 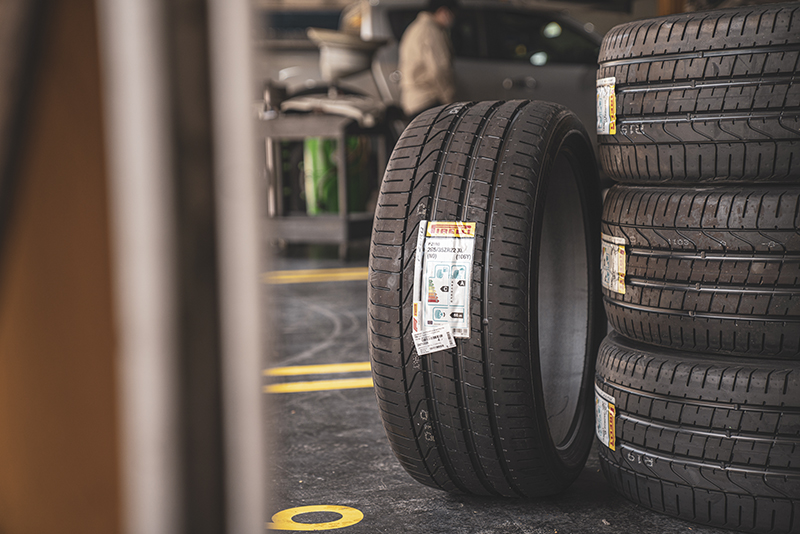 So without any hesitation, when it was time to look for a new set of tyres, I was immediately shopping for some sticky UHP ones. Okay, I was also upsizing my rims from the stock 20-inch ones to a 22-inch forged set. 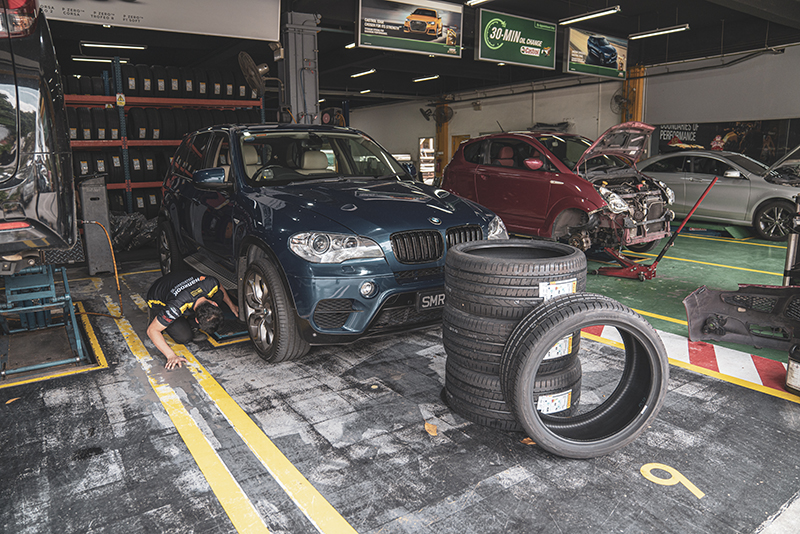 Having tried other flagship tyres from brands like Bridgestone (S007A) and Michelin (Pilot Super Sport), I felt it was time to explore something from Italian giants, Pirelli. The famous P ZEROs (thanks to the heavy branding in F1 – which my kids and I follow religiously) are OE fitted on brands like Ferrari, Maserati, Audi and Mercedes, to name a few. 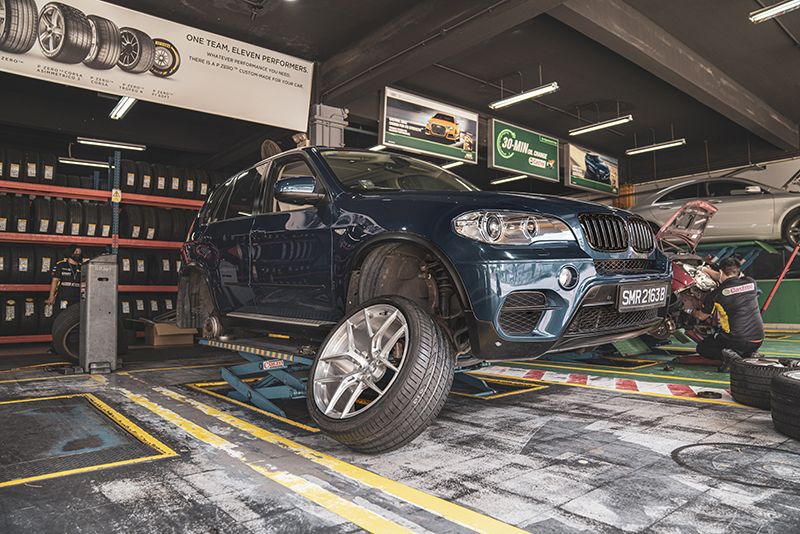 Much of Pirelli's competitive Motorsports involvement and close working relationships with the top car manufacturers have allowed the company to fine-tune its product range to what it is today. 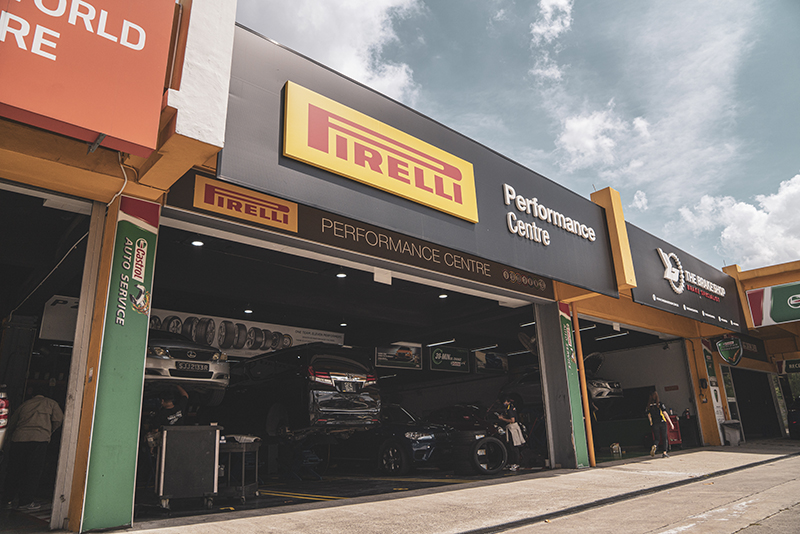 The weapon of choice for my X5 was the standard P ZERO; this is not to be confused with the new P ZERO PZ4 (which we tested in AUTA 2022) or the other products in the P ZERO range like the NERO GT (baseline performance), ROSSO (comfort performance) and CORSA (track use). The 'standalone' P ZEROs fit right in the middle of the performance lineup and promise to deliver a more than adequate mix of dry and wet performance, along with everyday usability. 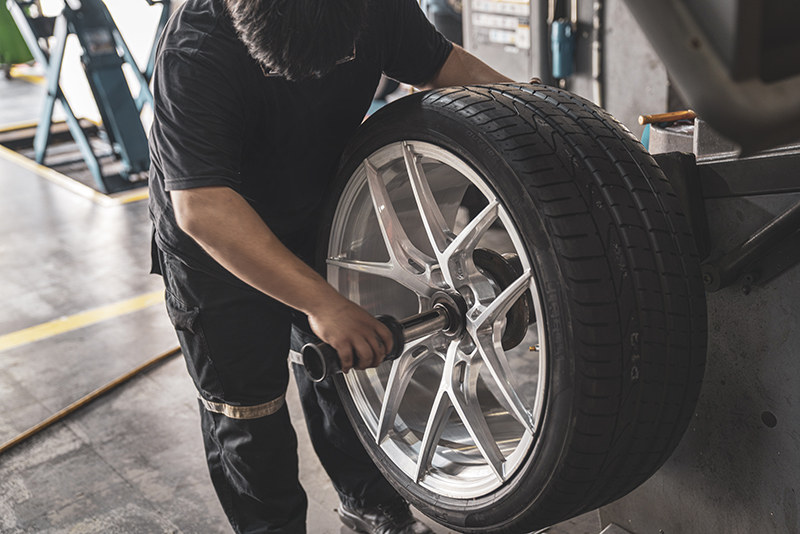 Tyre fitment was done by the folks at Autoworld Care West (Pirelli Performance Center) in Lok Yang Way. The service was impeccable – the service bay was ready for my car, and the tyres were on stand-by for my appointed time of arrival (I had to pre-order them due to the specific size I wanted). Removal and packing of my original rims and tyres were done swiftly, and when it was time to fit the new ones on, the service staff were friendly, helpful and prompt in the whole process. They even readily assisted me in the photos I had to take for this review. Overall a pleasant experience and a job well done! 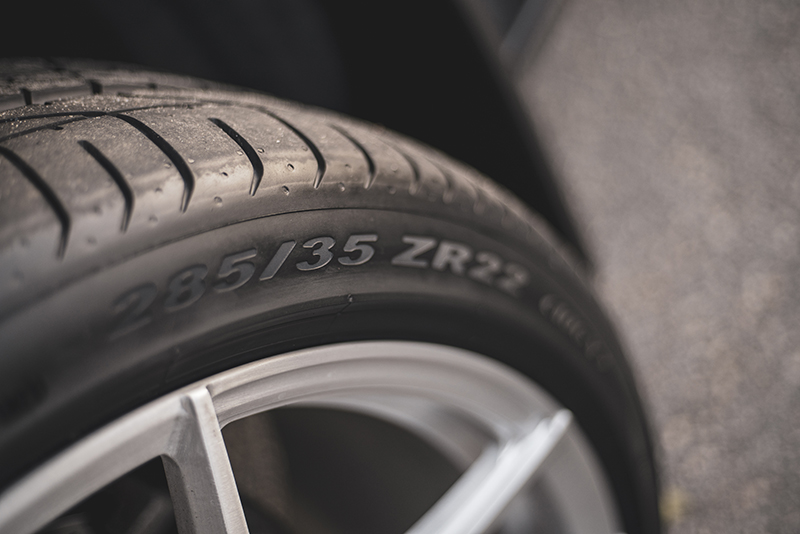 So let's get down to the tyres. I had opted to go square for my wheels and tyres as I'm running a 4WD vehicle. Although oddly enough, BMW specced a staggered fitment for the X5 from the factory. Nonetheless, the specifications were 285/35ZR22 all around for the tyres, replacing my initial 275/40R20 (front) and 315/35R20 (rear). I miss the wide tyres at the rear, which gave my X5 a really 'phat' and wide stance, but the current ones ride so much better and still look quite aggressive. 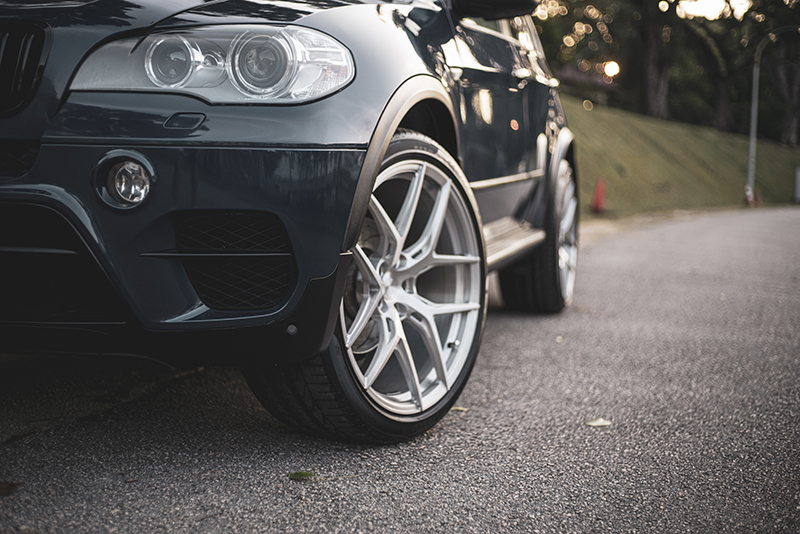 The one thing that concerned me was the initial findings online about the P ZEROs being noisy. Upsizing to 22-inch wheels added to that 'stress', and I was apprehensive that I would regret my decision. However, the reality couldn't be more untrue. The P ZEROs were so quiet from the get-go, and now, several weeks later, they remain one of the quietest tyres I've ever used! 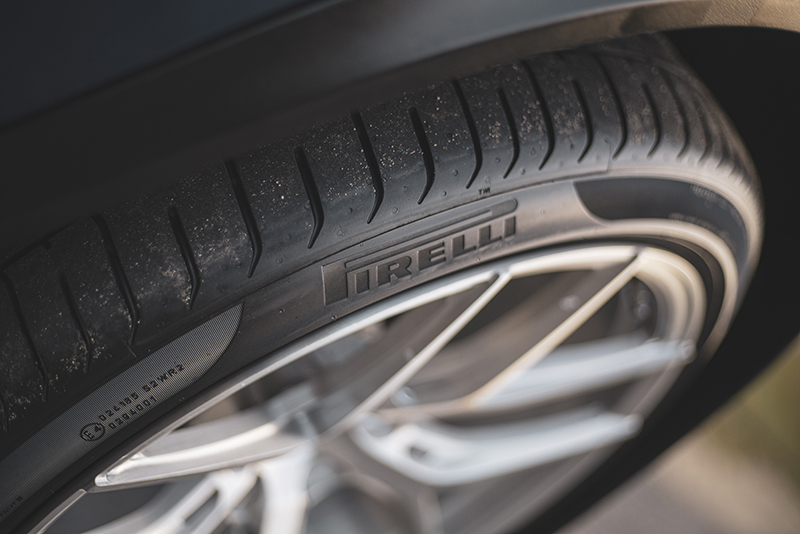 Further research on this inconsistency in findings revealed that in specific cooler (yes, cooler, not warmer) climates, the P ZEROs exhibited a slight increase in tyre roar for many of the owners who gave that feedback. For me, the tyres are genuinely one of the most comfortable. There was virtually ZERO (pardon the pun) difference in noise and comfort levels from my previous 20-inch tyres. 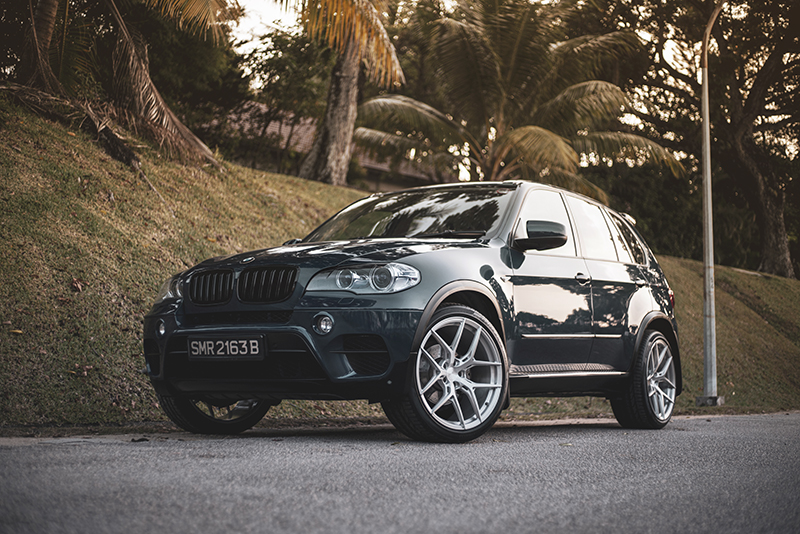 Another positive characteristic, this time consistent with the online reviews, was how the Pirellis performed in the wet. Having a bout of wet weather conditions in the past month (Sept to Oct 2021) allowed me to test the tyres in the wet, and boy did they shine. Over puddles of water, the aquaplaning was minimise, and the sure-footedness of the heavy SUV was a real and tangible feeling as I carved some bends in entirely wet stretches of road. 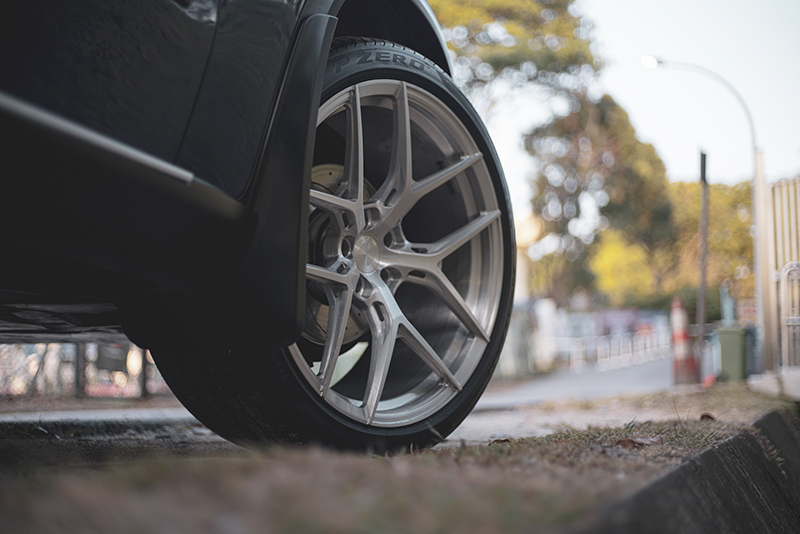 I repeated this many times on various familiar roads. The P ZEROs were always up to the task, feeling very progressive in corners and providing ample feedback while maintaining a precise driving line to all my inputs. Excellent! 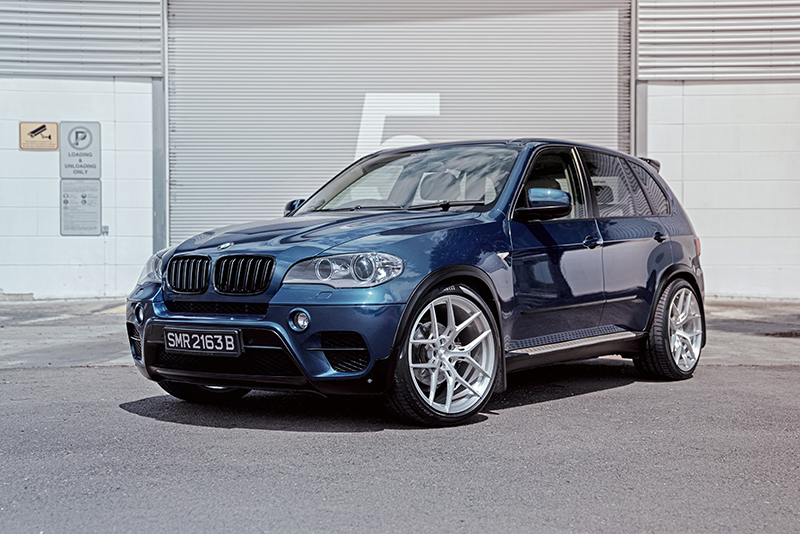 Part two of this article will focus on the driving characteristics and how the tyres fair after I've run them in further. So stay tuned!