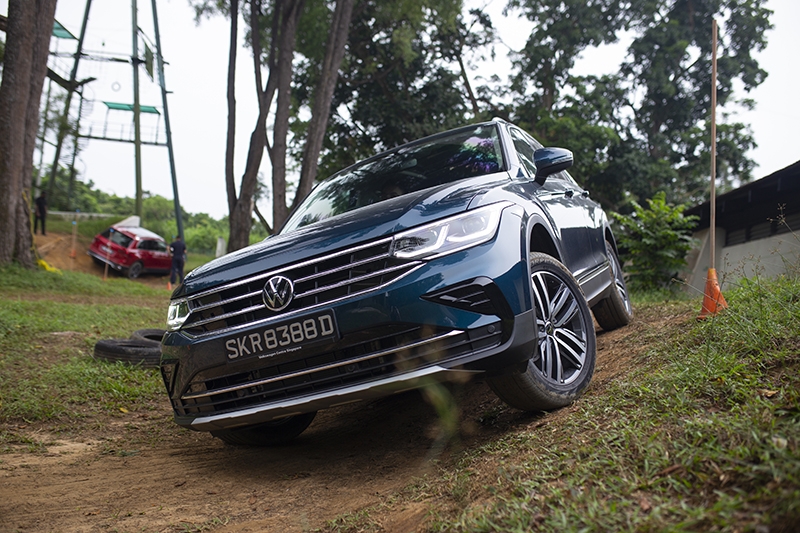 We go off-road with the new Volkswagen Tiguan

In the 4Motion-equipped Tiguan and Tiguan R-Line, this off-road course seemed like a trip to the supermarket.

Volkswagen Singapore has just pulled the wraps off the facelifted Tiguan, the German brand's most popular SUV. The second generation Tiguan has been on sale since 2016 (with nearly 6 million units produced!), but this facelift aims to keep the model fresh and connected.

Up front, the Tiguan has been given a new stoic-looking face that resembles its larger Touareg sibling. There’s a new and wider radiator grille, a higher bonnet line, and a redesigned front bumper. Behind, the ‘Tiguan’ badge is now centrally positioned below the Volkswagen roundel, together with a new ‘4MOTION’ badge to match. 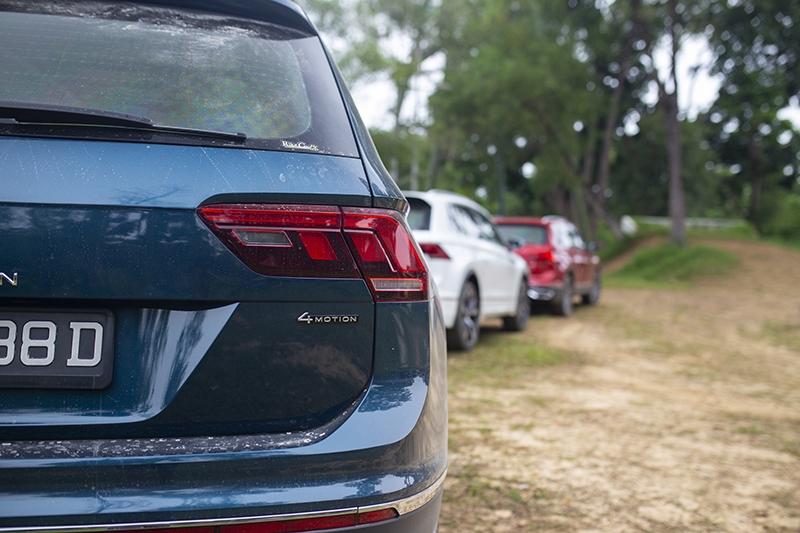 Volkswagen’s infotainment system has historically been one of the more intuitively laid-out ones, and they’ve now updated it to keep up with the rest of the pack. With the latest MIB3 (Modular Infotainment Matrix) infotainment system, natural voice control comes as standard. Of course, you’ll also be able to access apps such as Google Maps, Waze and Spotify through the touchscreen.

Climate controls have also been digitalised in the new Tiguan, with a panel of touch sliders and touch buttons to adjust the AC. Though you now need to glance at them before making adjustments, the touch sliders are thankfully easy to use even while on the move. 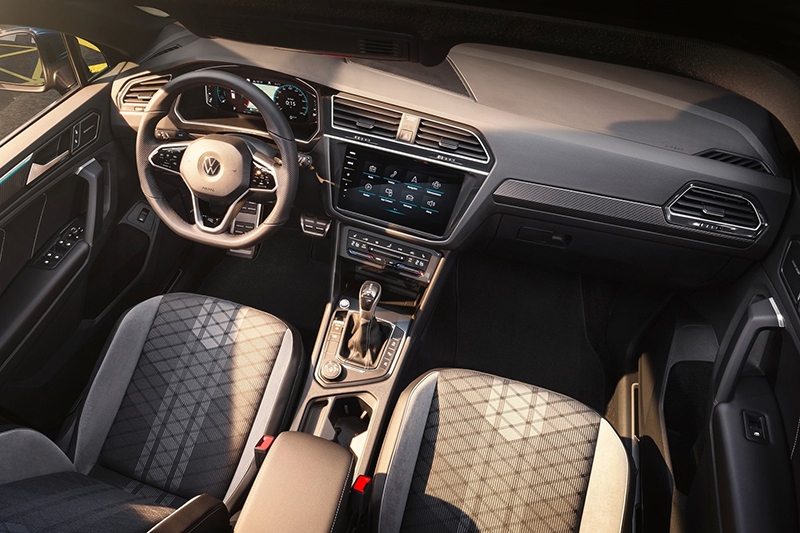 What’s new under the hood?

It’s been refreshed not just outside but inside too, with a new 2.0-litre turbocharged engine. This makes 187 bhp and 320 Nm of torque, paired to a 7-speed DSG dual-clutch automatic.

Of course, what’s an SUV without some off-road credentials? The engineers at Wolfsburg have put quite a bit of effort into the new Tiguan, with a new all-wheel drive system and an off-road driving mode selection. 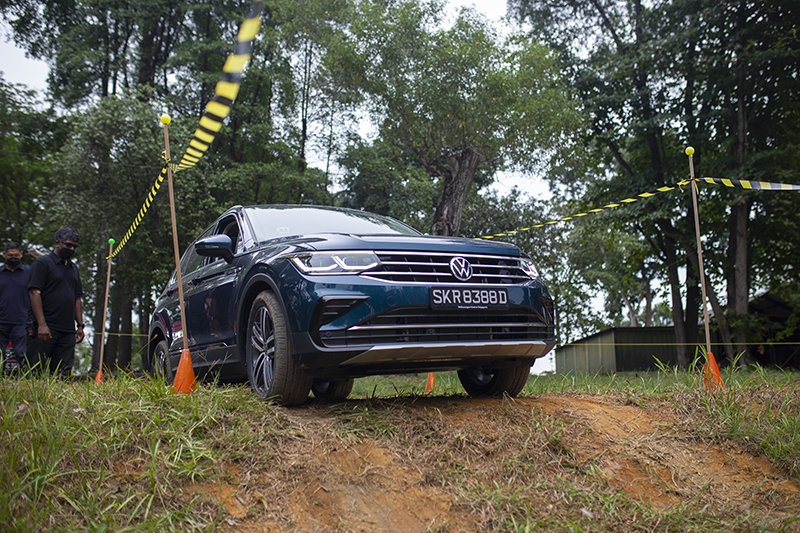 The all-wheel drive system gets a few choice acronyms – XDS (Electronic Differential Lock), ASR (Traction Control), and EDTC (Engine Drag Torque Control). What this basically means is that as you drive along, an electronic brain monitors what each wheel is doing. If any single wheel needs more power (or less), it gets exactly what’s required, resulting in better cornering and stability. 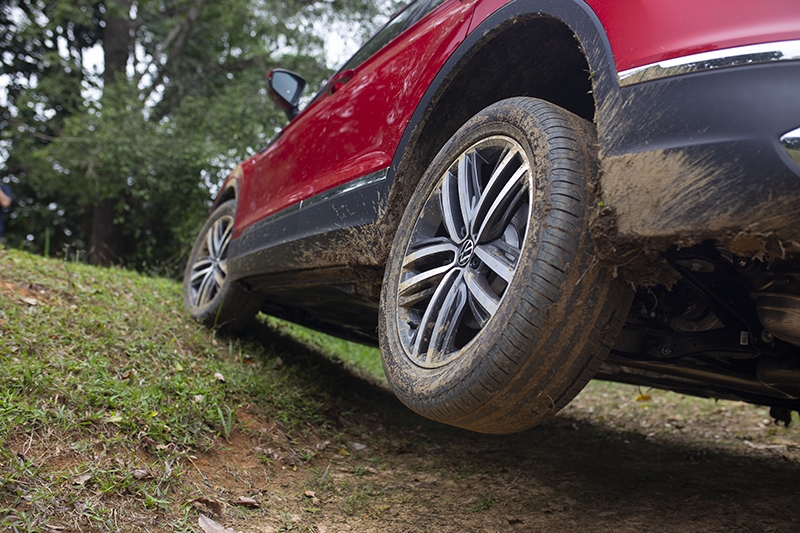 The off-road driving mode selection lets you tell the car exactly what kind of surface you’re on, so you can enjoy the maximum potential of the all-wheel drive system. A little rotary dial behind the gearlever lets you select between four modes – On road, Off-road, Off-road Individual, and Snow. Sounds like all you need, really.

So, to show just how capable the updated Tiguan is, we were taken to Sarimbun Camp so the good folks at Volkswagen could prove it (and to experience it for ourselves)! 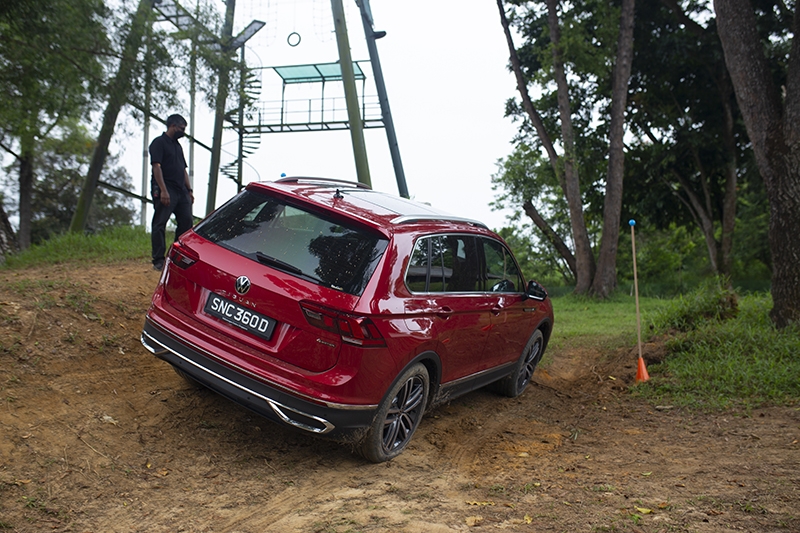 Does it actually handle off-road stuff?

In short, yes. We were handed the keys to the Tiguan Elegance, which was arguably a bit more off-road ready than the R-Line, with its 20-inch wheels and bodykit. 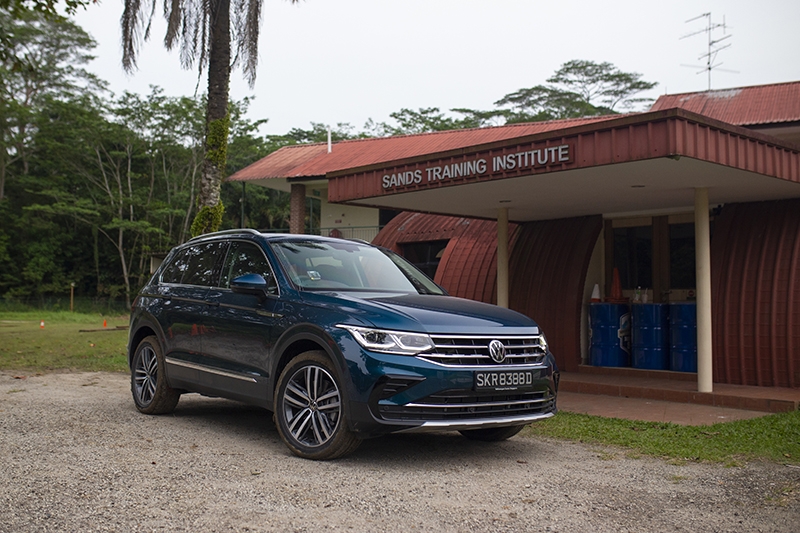 Popping it in ‘Off-road’ mode, the Tiguan took the crests, dips and trenches of the course with no sweat. Steep decline ahead of you? Hill Descent Control (that little green icon on the right) engages automatically when it detects a grade of 10% or more, gently guiding you down by modulating the brakes. 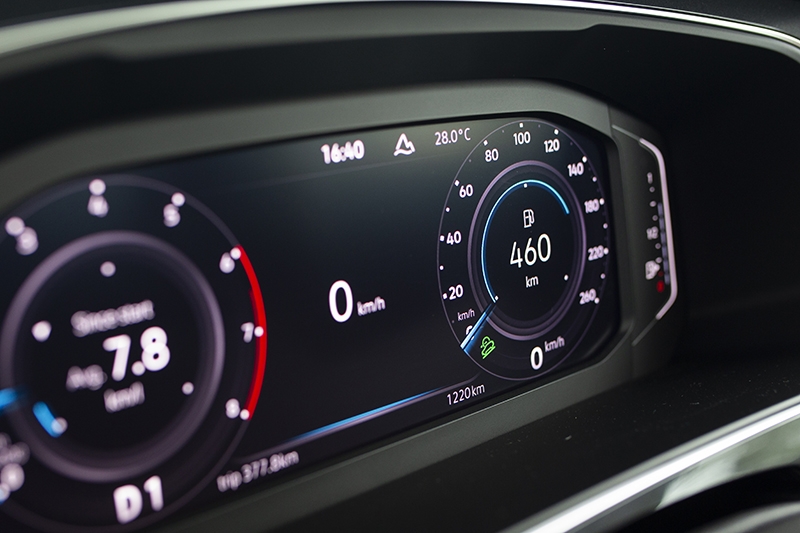 Even balancing the car diagonally over a trench seemed simple with the 4Motion system, which quickly detected we had gotten into a bit of a pickle. It quickly sent power to the front right and rear left wheels which were still on the ground, powering out easily. 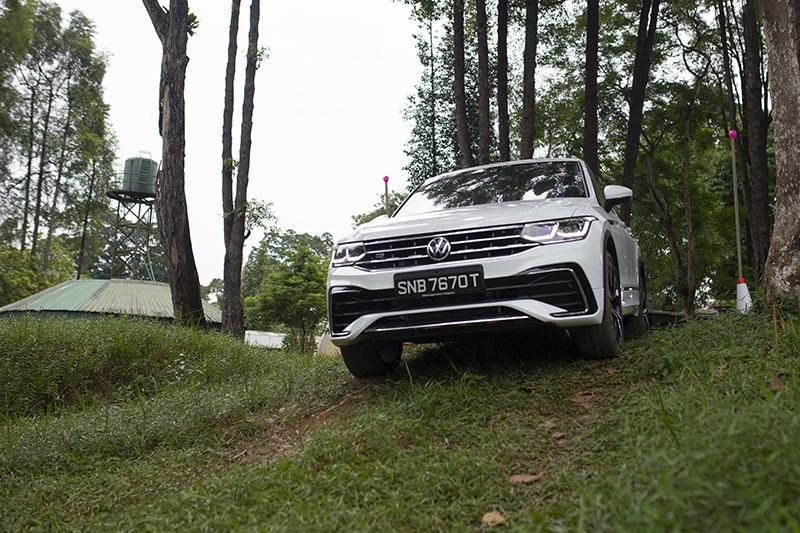 Cool, so how much does it cost?

The new Tiguan is available in two trims, the Elegance and R-Line. While the Elegance which we drove came with sufficient kit, you do get some extra niceties with the R-Line, such as a heads-up display and adaptive dampers. 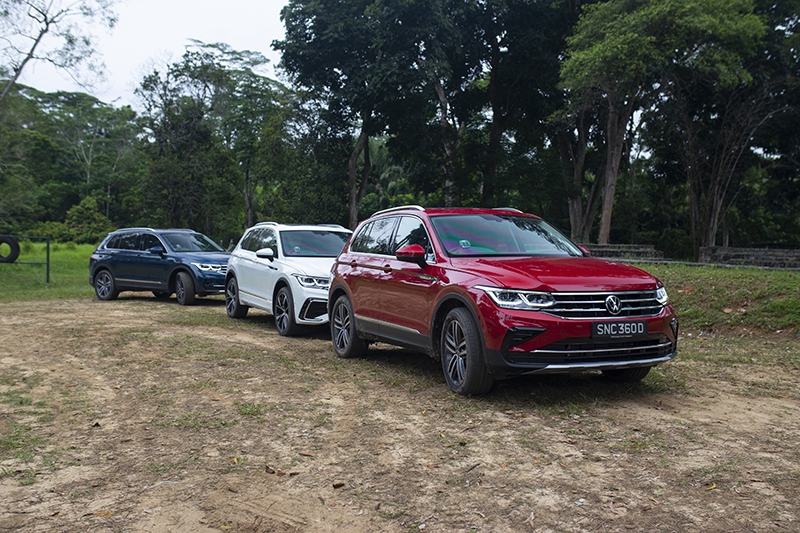