The private jet for the road. 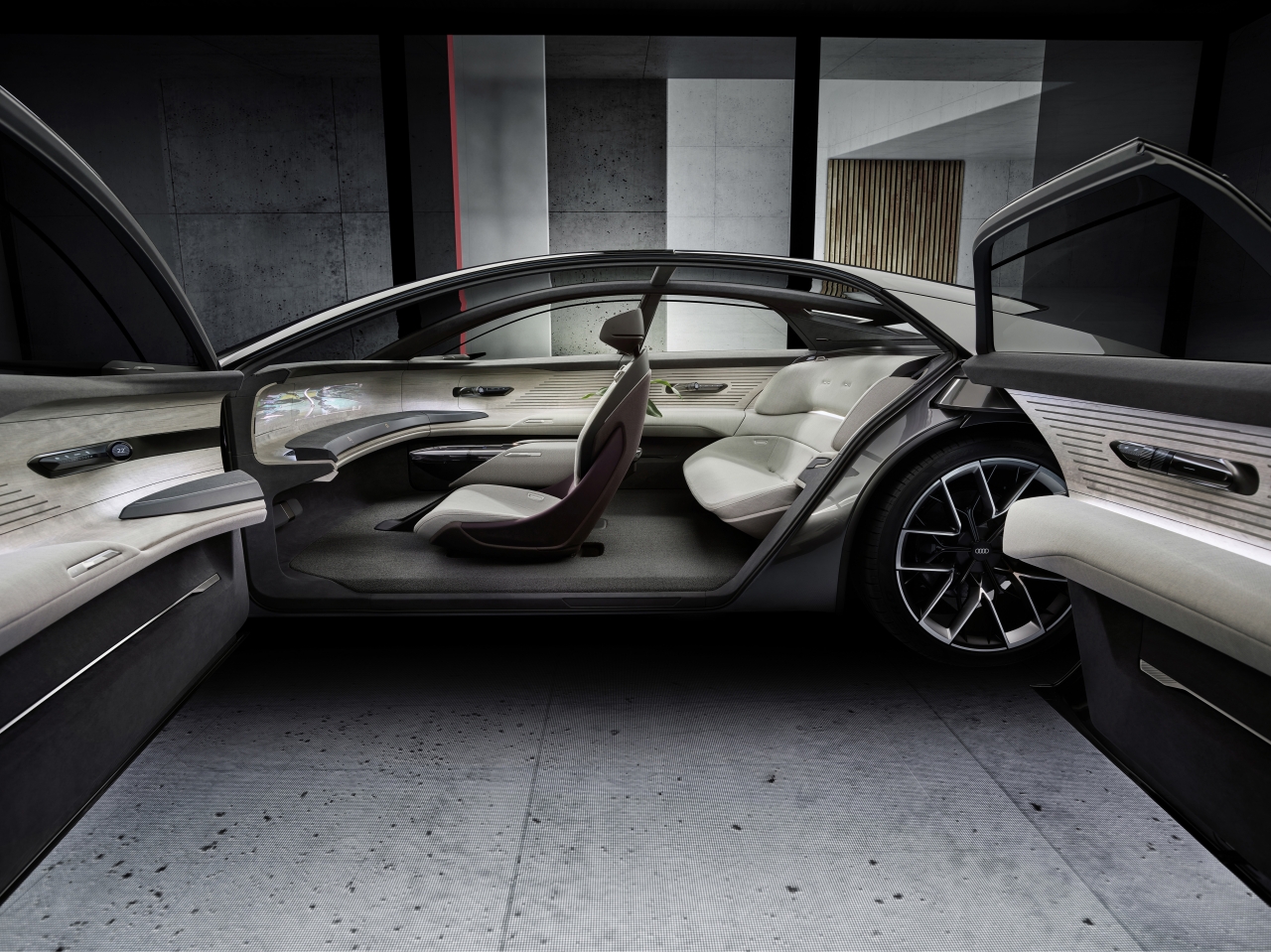 Designed from the inside out, the first point of focus is where the occupants are while on the road. Lacking a B-pillar and with rear-hinged rear doors, the grandsphere has been designed to make ingress and egress that much easier and more fluid. 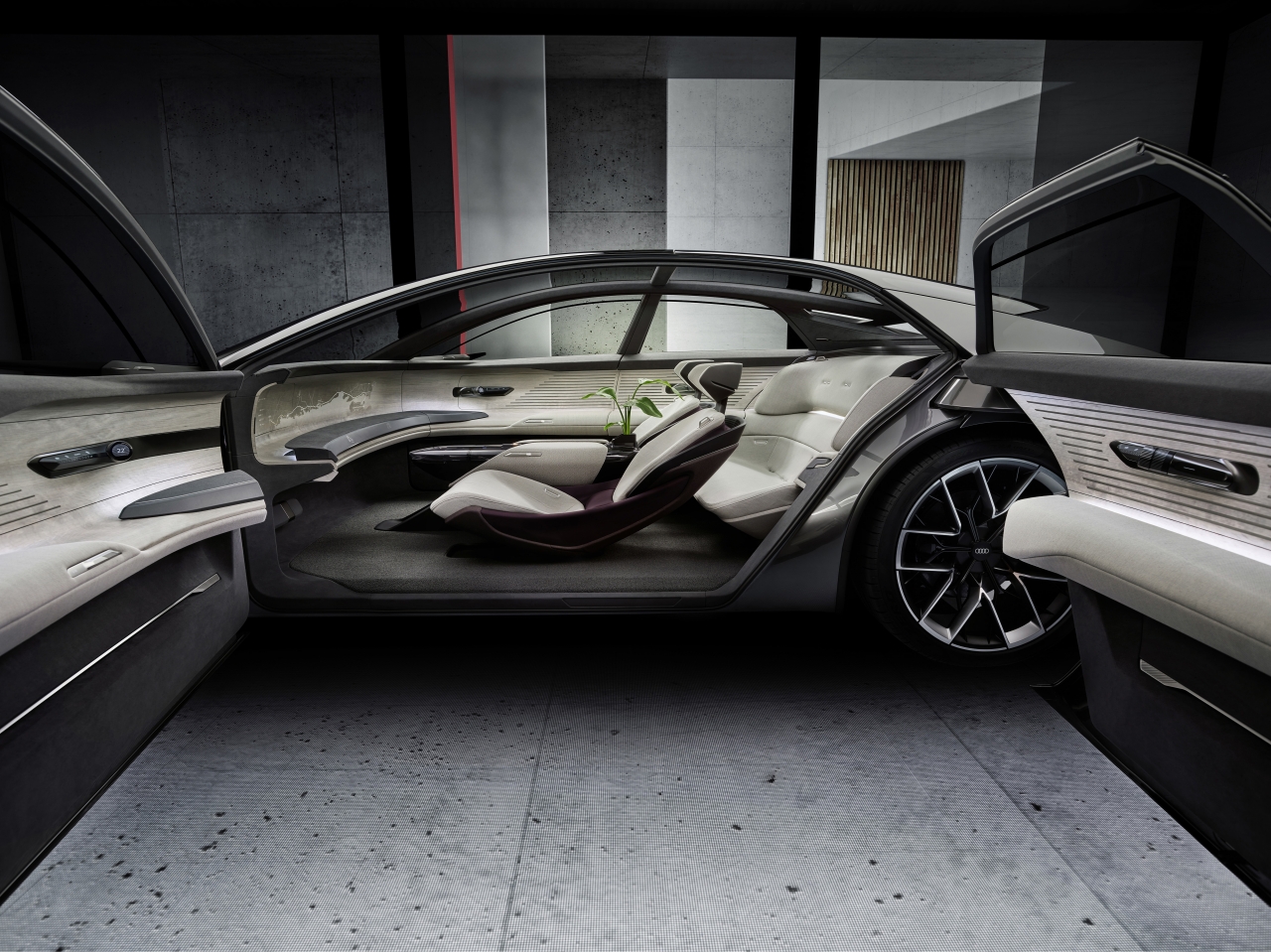 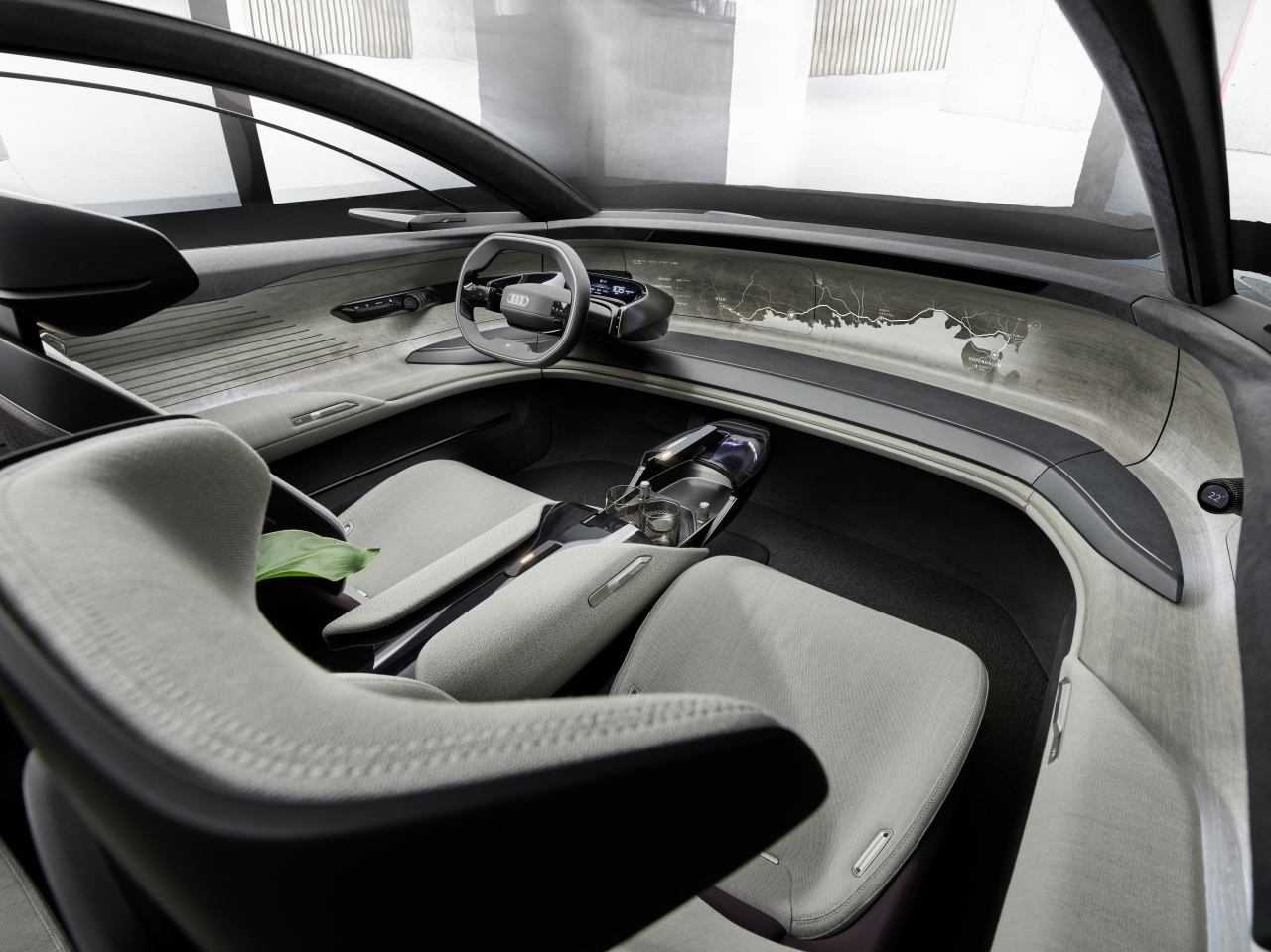 The large greenhouse was designed to offer an airy and expansive feel inside the grandsphere, and this design language carries through to the horizontal lines on the decorative surfaces and functional elements, further enhanced by a lack of a conventional dashboard, and in level 4 autonomous driving, steering wheel and pedals. 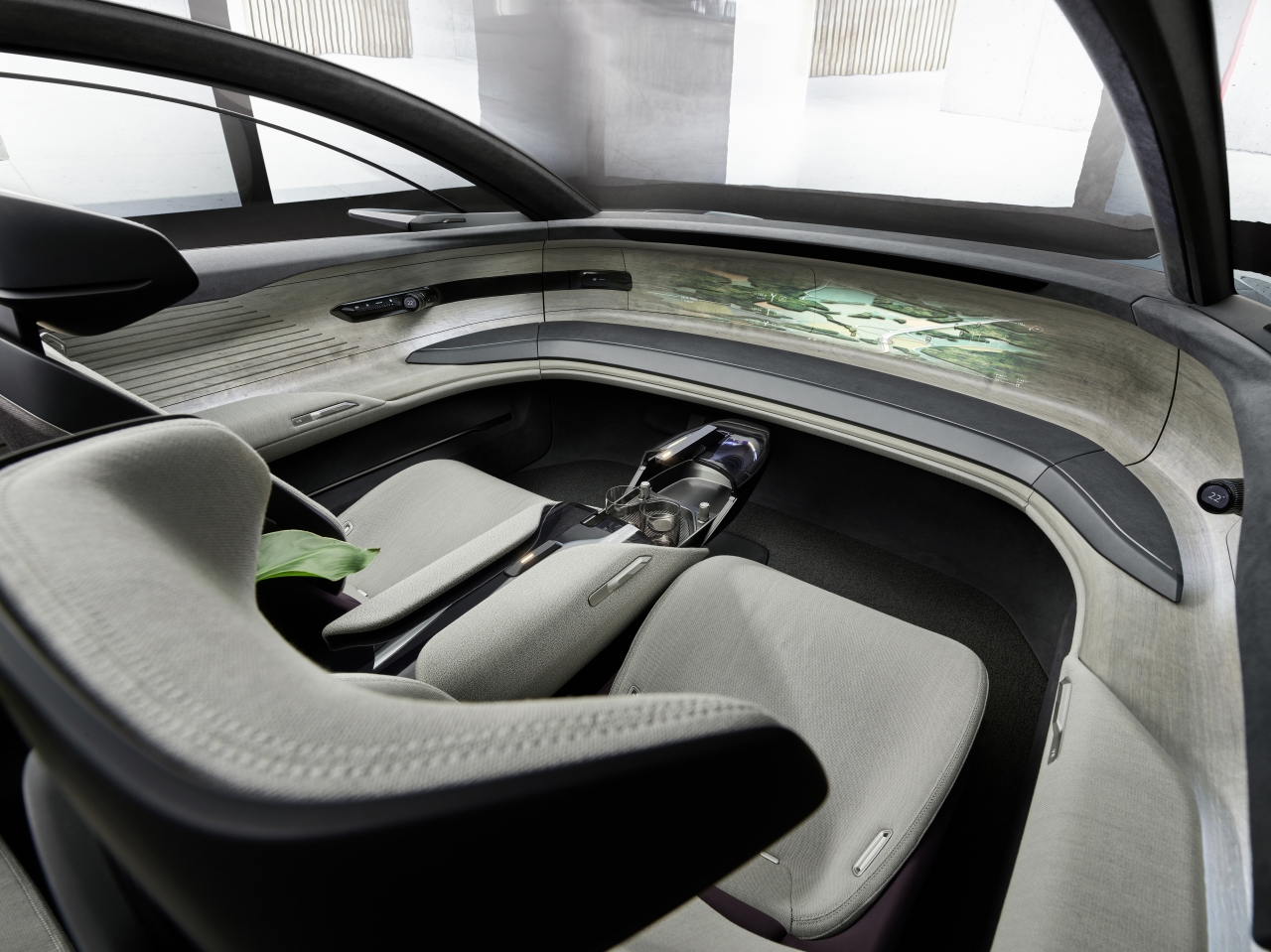 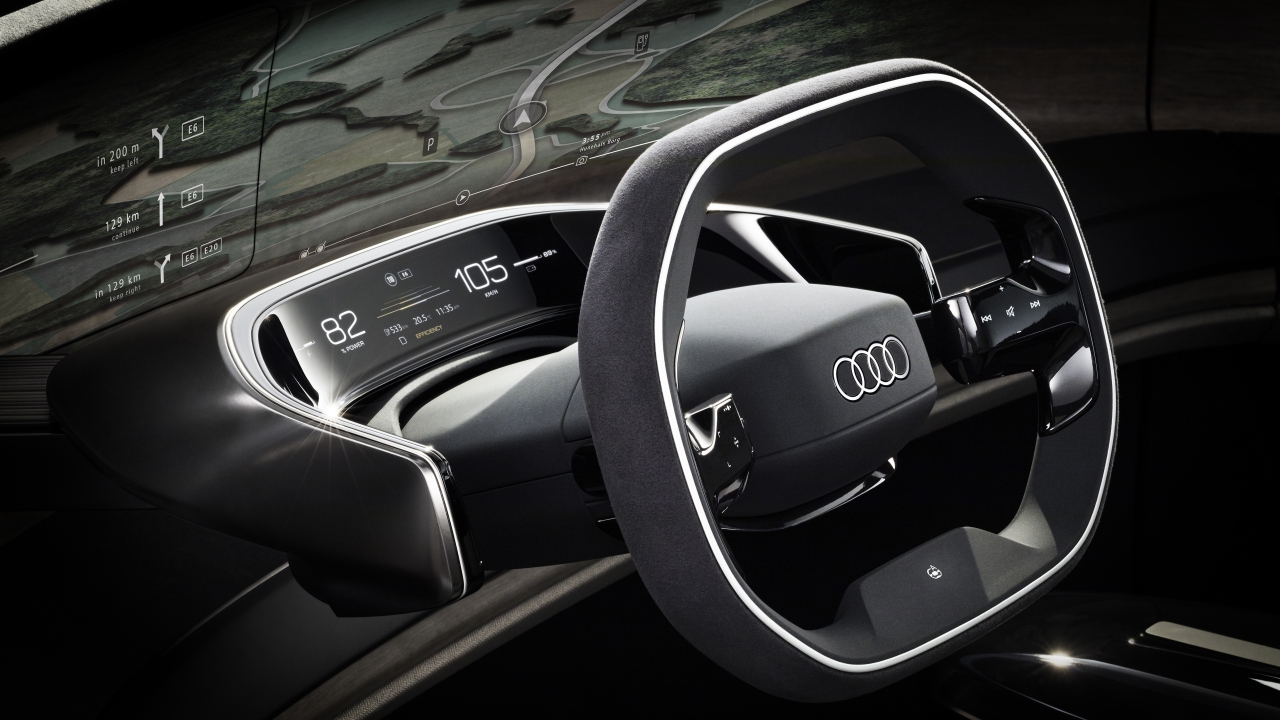 When the grandsphere is turned on, displays are projected onto the wooden surfaces under the front windscreen. Depending on whether the car is in manually-operated or level 4 autonomous driving mode, the projected displays either are segmented for driver and passenger or span the entire width of the interior respectively. In autonomous driving mode, the projected display can be used to enjoy movies or even for video conferencing. 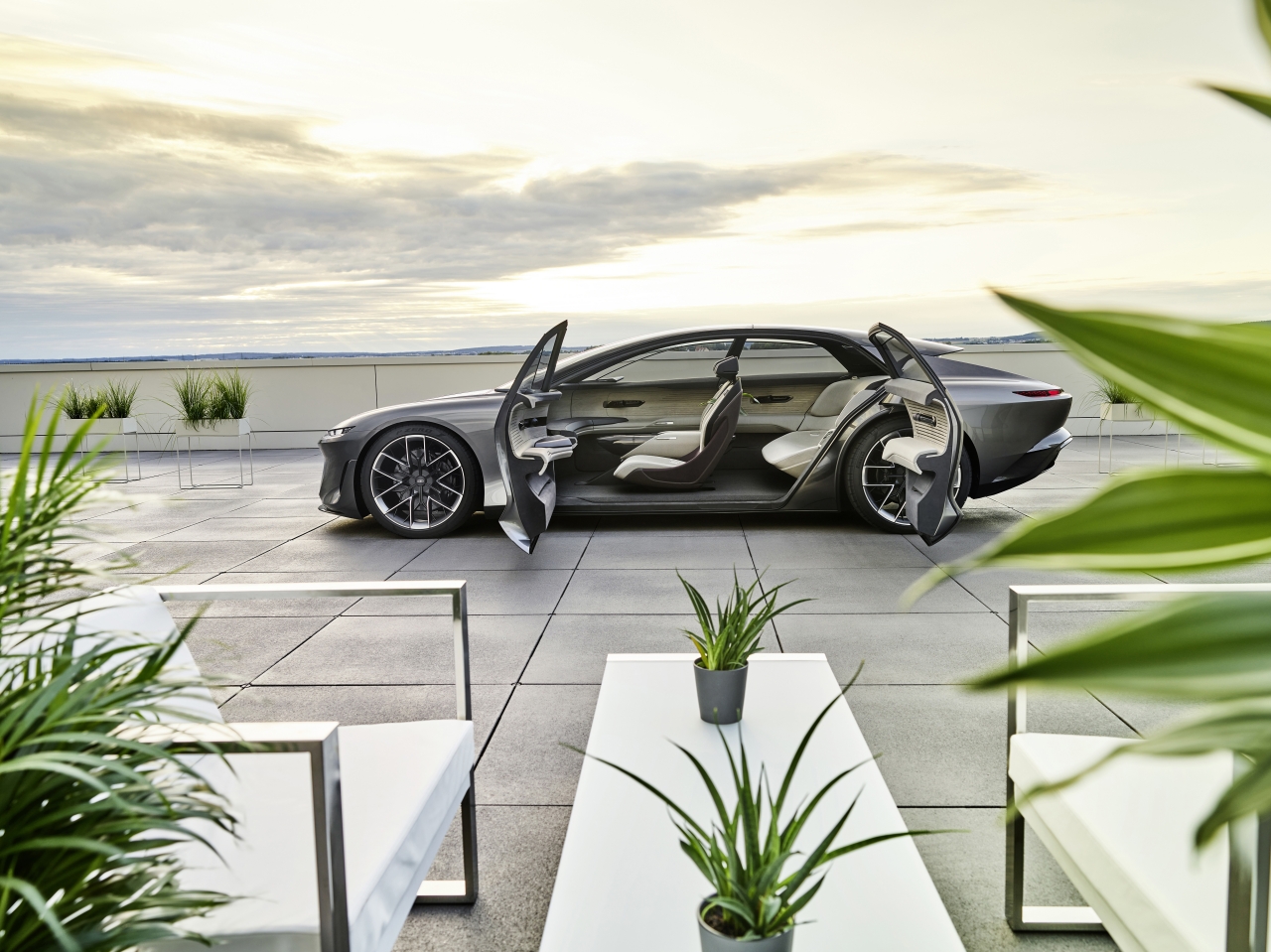 The grandsphere is not a small car. On the contrary, as its name suggests, it sits at 5.35m long, 2m wide and 1.39m tall with a 3.19m wheelbase, making it bigger than even the current-generation A8L (L as in long-wheelbase.) 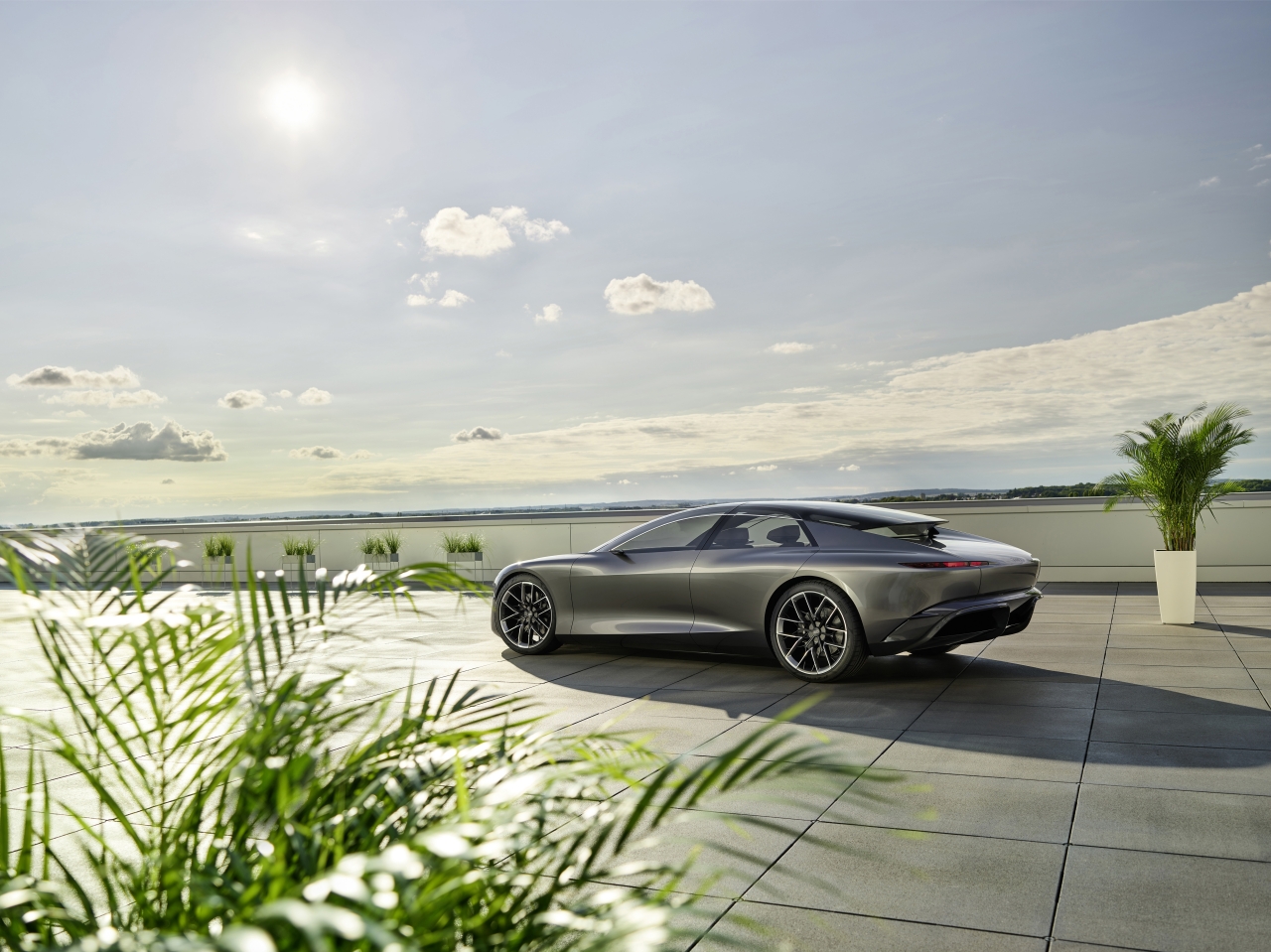 Even more interesting to the eyes is that the grandsphere looks like no other traditional luxury sedan, looking instead like a massive four-door GT coupe that’s appropriately tight and taut in its exterior design language, while not going in the futuristic-look direction that other electric-vehicle (EV) concepts have chosen to adopt. 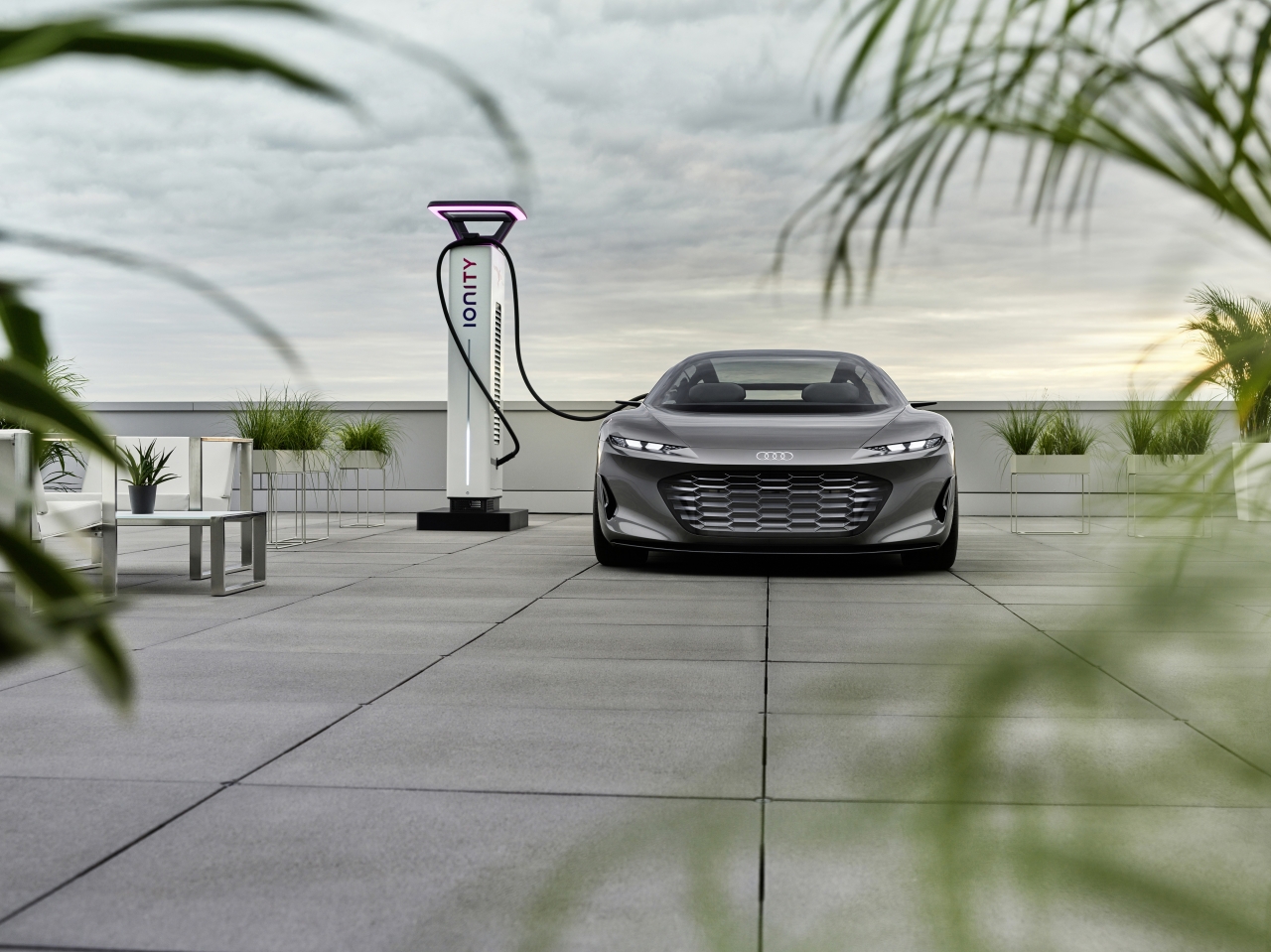 The technology platform of the Audi grandsphere – what is known as the Premium Platform Electric, or PPE – was conceived exclusively for battery-powered electric drive systems, and a battery module offers around 120kWh of juice in the grandsphere concept, which helps it puts down 720hp and 960Nm of torque to the ground via Audi’s quattro drive system featuring two separate electric motors at the front and rear axles respectively. The battery, like in the Audi e-Tron GT, can be charged very quickly at fast-charging stations – just 10 minutes for around 300km of range, and less than 25 minutes to bring the battery from 5% to 80% charge. 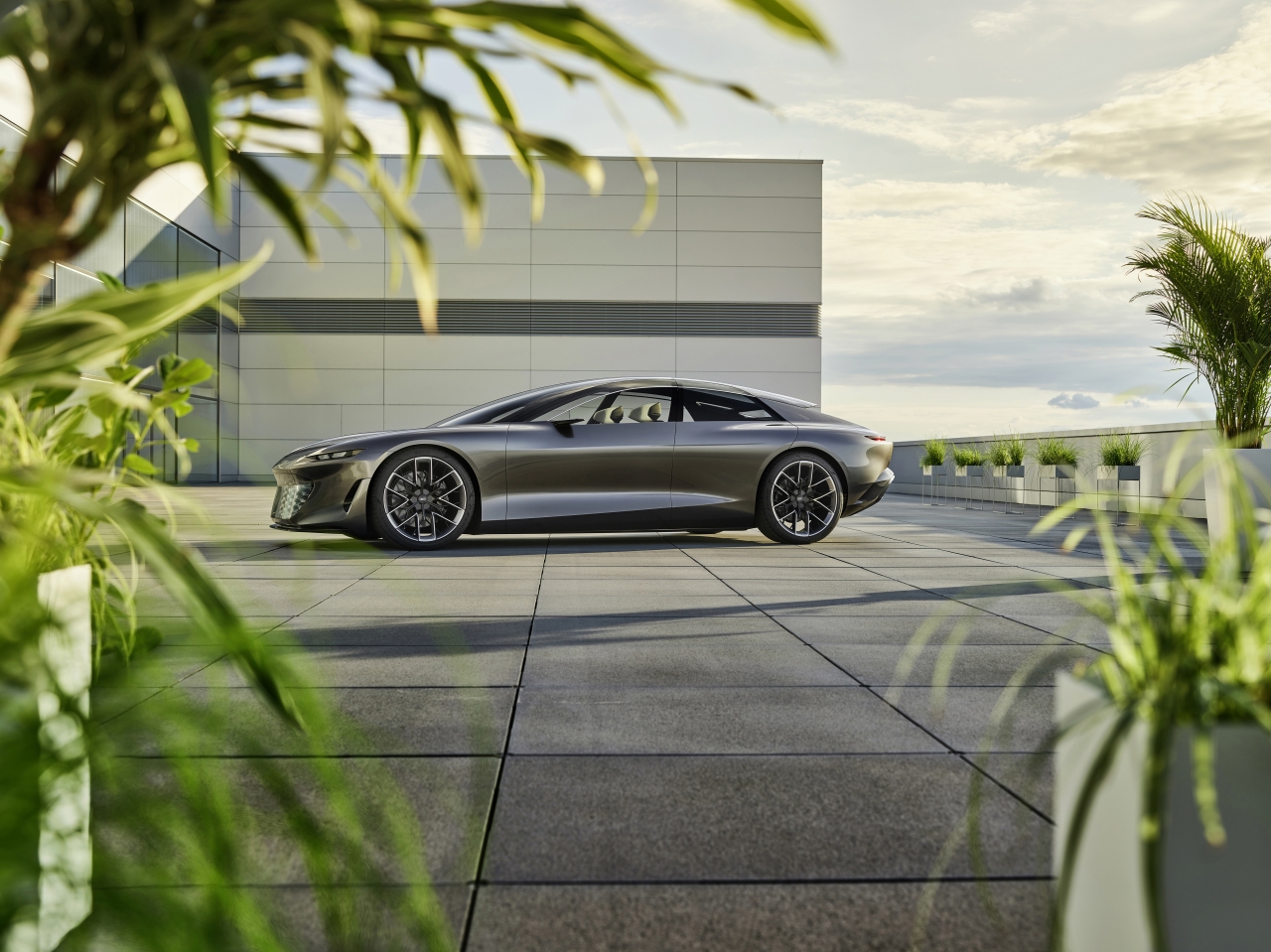 The grandsphere is capable of more than 750km of range on a single charge, depending on the selected drive system and power output, and can also rocket from 0-100km/h in just over four seconds.

Not to worry though, this isn’t a land yacht. With an aluminium five-link axle up front and multi-link setup in the rear, connected to Audi’s air suspension system with adaptive dampers, the ride is tuned for the levels of comfort expected of a luxury-segment car while tempering the grandsphere’s body movements under normal suspension. This is achieved via the adaptive dampers separately pushing down or pulling up on each wheel in milliseconds through electromechanical actuators and allows the grandsphere to predictively control its body movements such as pitch and roll, and smooth out bumps on rougher roads. 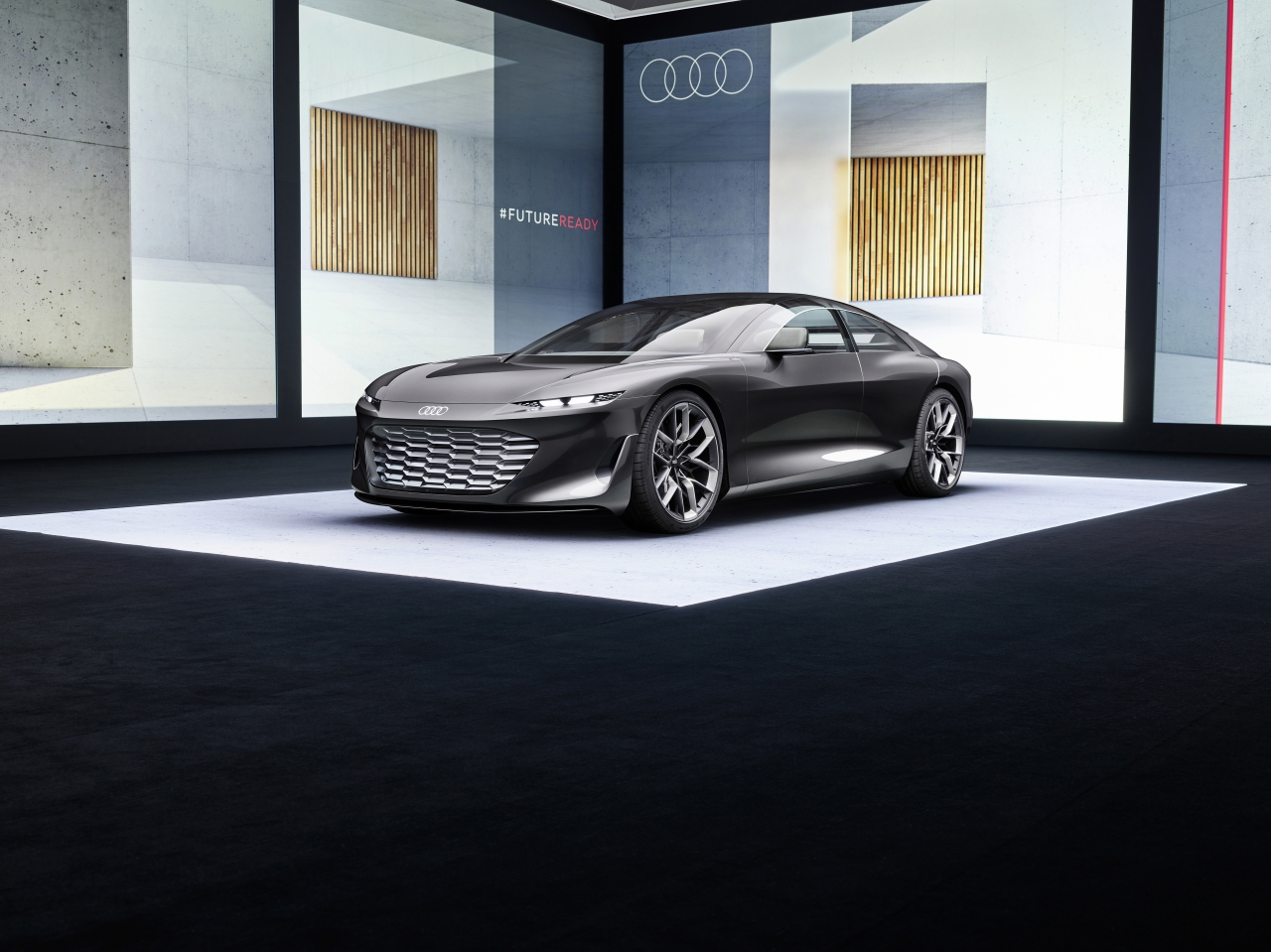