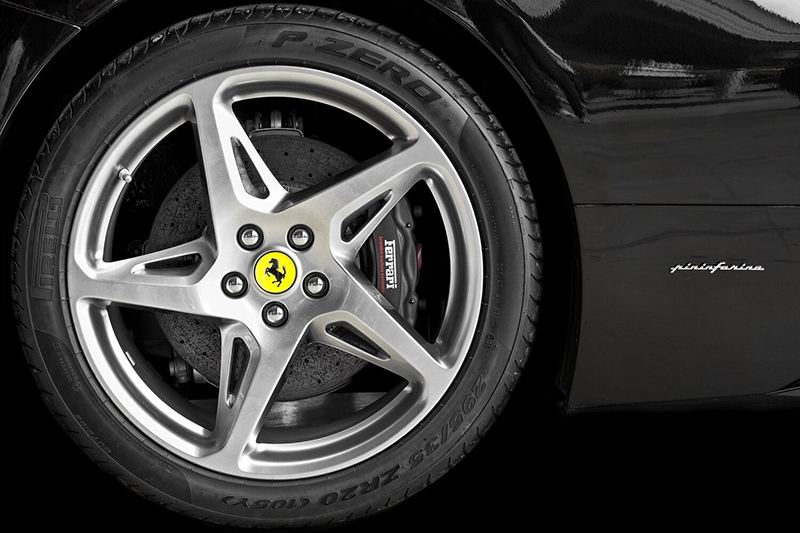 Picking the perfect Pirellis for your car

As one of the world's leading tyre manufacturers, Pirelli makes a wide range of products to suit nearly any car. But which one will bring out the best in yours? This handy guide breaks it down.

For nearly as long as the motorcar has been around (1901), Pirelli has been right there making tyres for them, enabling mobility for the masses and pushing technological boundaries through the medium of motorsport.

Being the sole tyre supplier to Formula 1 and the World Rally Championship - as well as having a presence in almost any racing series you can think of - you know the company has pedigree and the technical know-how to make a world-class tyre, whether on the road or off it.

But with a lineup of tyres to suit cars and SUVs of any size and budget, knowing which model to choose can be a bit of a black art (and not just because they're black!). So to help ensure you get the most out of your Pirelli tyre, here’s a quick guide: 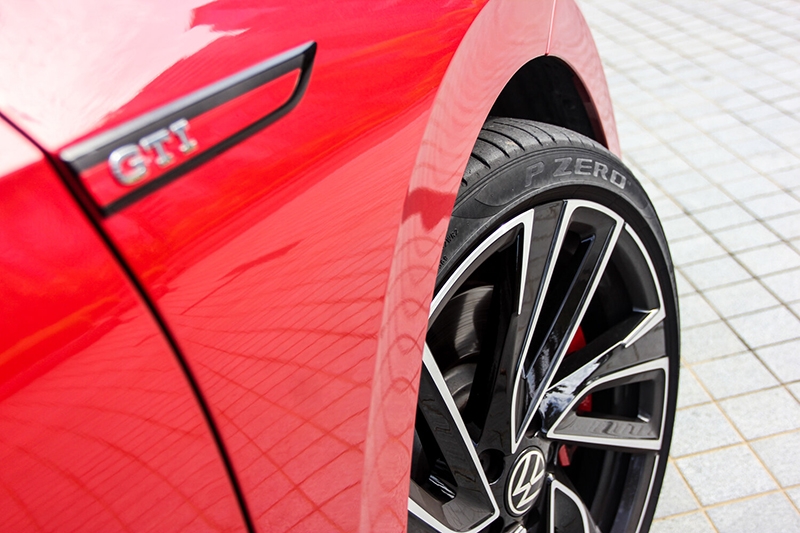 The crown of Pirelli’s entire range, P Zero is not only the name of the company's flagship line of tyres, but also possibly its best known product.

Debuting in 1987 as the OE (original equipment) tyre for the legendary Ferrari F40, the P Zero introduced a number of firsts: it was the first time a 17-inch tyre was used on a production car, and was also the first time a road tyre’s profile was as low as 35 - the F40’s monstrous 335/35 R17 rear tyres. 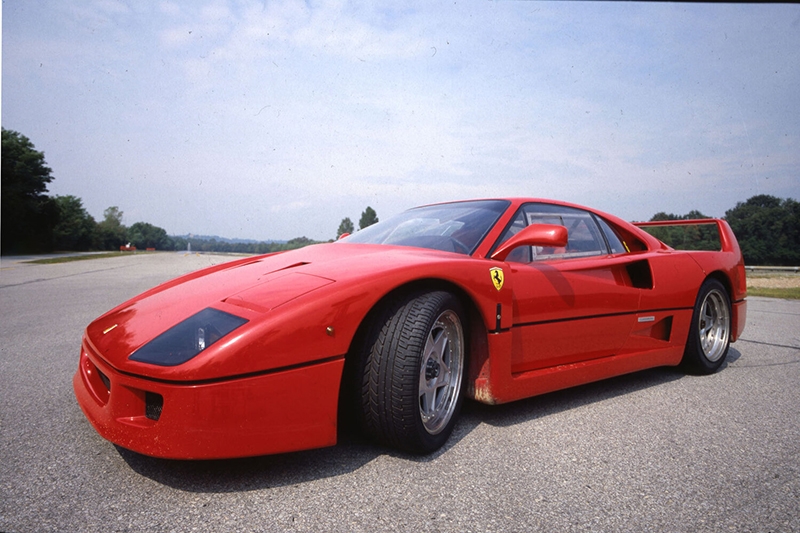 Since then, the P Zero has evolved under Pirelli’s Perfect Fit strategy into a whole family of specialised tyres to suit the needs of any high-performance vehicle. Pirelli works closely with the best car brands in the world to develop customised tyres that are tailor-made for each model’s unique characteristics. Such brands include Aston Martin, Bentley, BMW, Jaguar, Lamborghini, McLaren, Mercedes-AMG, Porsche, and even Pagani.

The new-generation P Zero (known colloquially as the PZ4) actually comes in two different versions, both optimised for different applications. One is more comfort-oriented for luxury saloons, and the other more sporty, for performance cars. 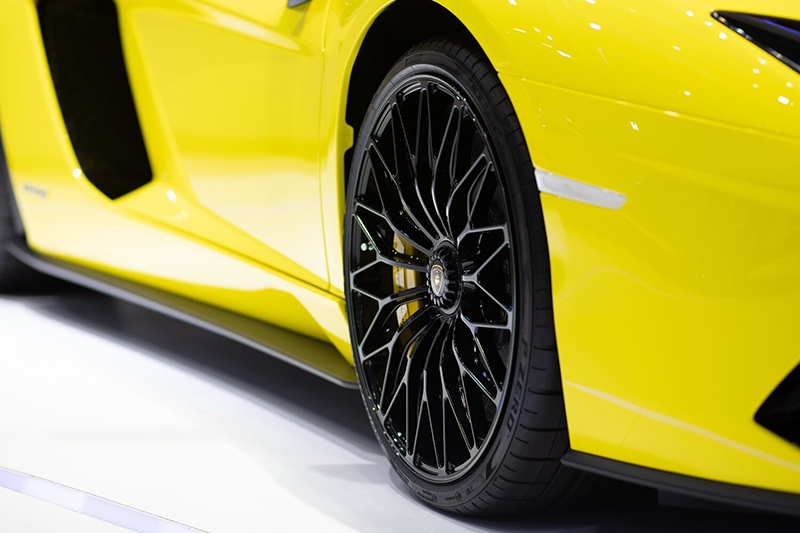 Both versions features many of the traits shared by all P Zero variants: an asymmetric tread pattern that provides more grip during cornering yet less noise and wear in a straight line, wide longitudinal grooves to dispel water and prevent aquaplaning; and an S-shaped tread design in the middle of the tyre that gives more stability while braking.

Their key differences lie in their tread designs, with the sports car version featuring larger treadblocks which flex less and increase stability, as well as greater surface area for better dry grip. The luxury saloon version meanwhile, has more sipes (lateral grooves) in the shoulders to reduce noise and improve comfort. Their compounds are different too, the sports one’s favouring consistent behaviour at medium to high temperatures, while the saloon one minimises rolling resistance for a quieter ride and better fuel economy.

Both P Zero varieties can be found as factory-fitted Original Equipment on nearly any premium or prestige car imaginable, however only the sports can be bought from aftermarket channels in a one-size-fits-all design. 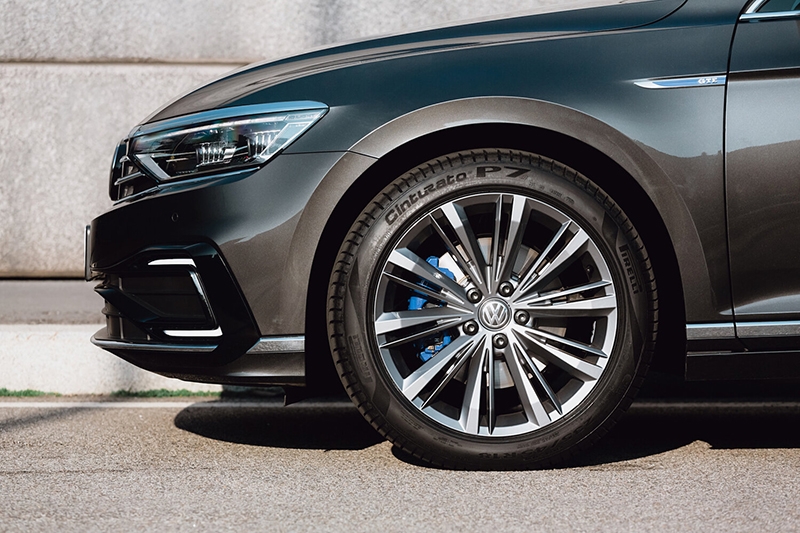 Did you know the Cinturato model line is now 70 years old, and the longest-running in the Pirelli range? Radial tyre technology was in its infancy in the 1950s, and the Pirelli Cinturato was one of the first to market. Initially conceived as a much more durable sporting tyre, the Cinturato was used by some of the most glamorous Italian supercars of the day (and indeed of all time), such as the Ferrari 250GT, Lamborghini Miura, and Maserati 3500GT.

Moving towards the modern era, the Cinturato name evolved to represent “Green Performance”, emphasising comfort, safety and eco-friendliness. The Cinturato P7 is the flagship of this range.

The new Cinturato P7 focuses on what Pirelli found to be the biggest priorities for today’s motorists: safety and efficiency, and is the result of an intense programme of research and development.

One such innovation is an “intelligent” compound that can adapt to changes in temperature and driving conditions: silicon resins in the tread react with the tyre’s polymers to widen the optimal working range of the tyre. Other innovations have also greatly improved wet performance in particular (handling, braking, and aquaplaning resistance), as well as tyre longevity and rolling resistance (by as much as 12%). 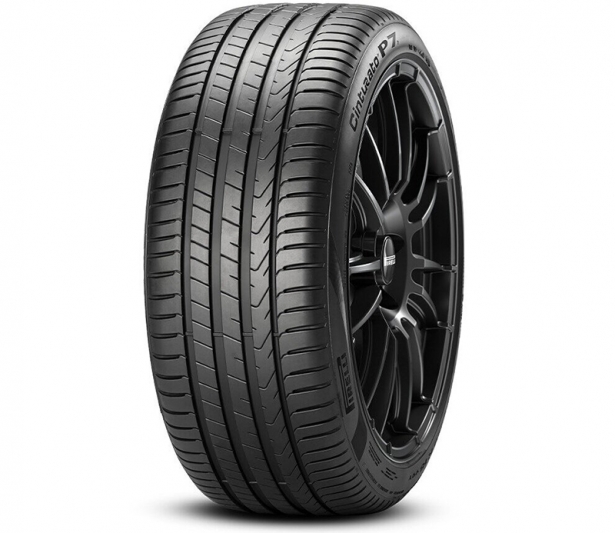 Pirelli’s close relationship with car manufacturers means that the Cinturato P7 is even more effective when fitted as Original Equipment (over 100 OE homologations to its name), as the tyre is tweaked and designed to work in tandem with the car’s electronic driver aids. ABS for example, is rendered more effective, reducing braking distances from 100km/h by as much as four metres, or 7-10%.

Size availability (width | profile | diameter): 205-275 | 40-60 | 16”-20”
Recommended for: Premium and family saloons and hatchbacks, as well as drivers looking for the best wet-weather security and ability, especially on the highway. 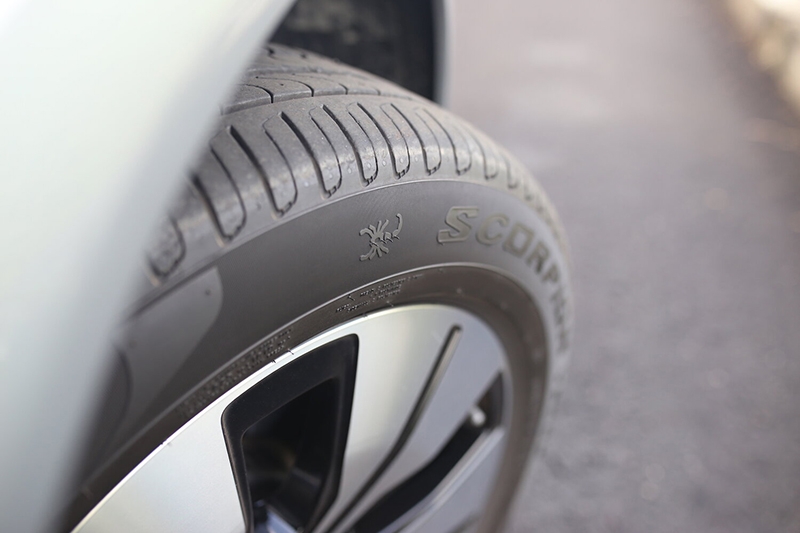 One downside to SUVs and crossovers is they tend to consume more fuel than an equivalent-sized hatchback or saloon. It’s an unavoidable fact of physics - they’re taller and heavier, and require bigger brakes and tyres.

Helping to counteract this is the Pirelli Scorpion Verde (verde means green in Italian), a premium SUV touring tyre which aims to ensure lower fuel consumption and CO2 emissions - but without compromising safety or comfort 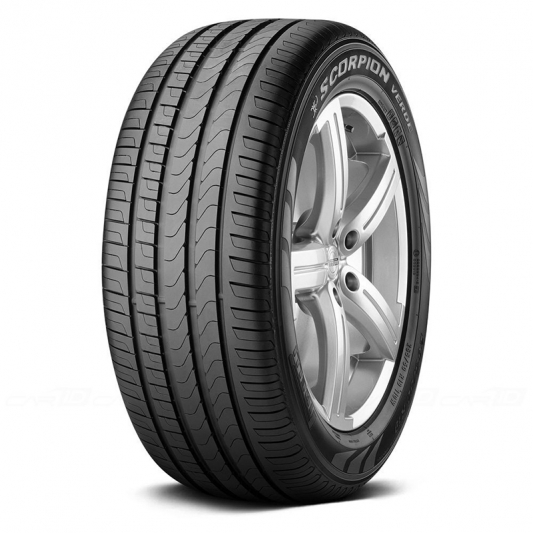 Thanks to optimised profile sizes and materials, the Scorpion Verde has reduced rolling resistance (thus improving efficiency and generating less noise), and is also lighter in weight, resulting in greater longevity and less usage of raw materials. 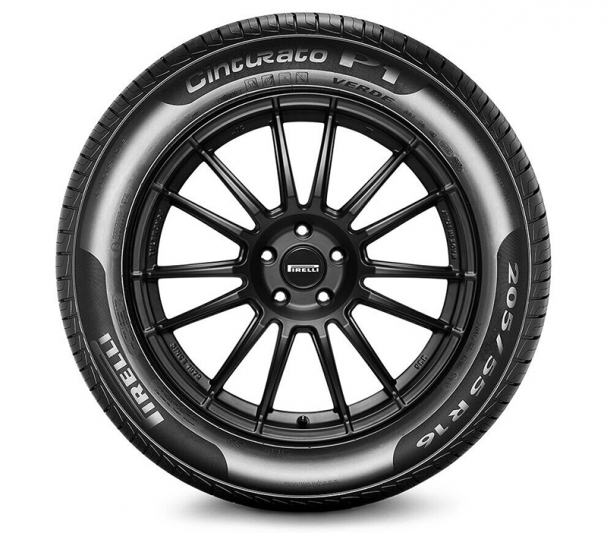 While the P7 is the range-topper, the Cinturato family is also bolstered by a smaller sibling. The Cinturato P1 is an urban tyre developed with the same broad objectives in mind as the P7 (safety, attention to the environment and versatility), but at a lower price point and for smaller cars. So where the Cinturato P7 would be homologated for a luxury sedan, the Cinturato P1 is what you’d find wrapping the wheels of something like a family hatchback.

Rather than outright handling performance, the Cinturato P1 excels instead in being a comfortable, quiet tyre that’s also fuel-efficient and resistant to wear. 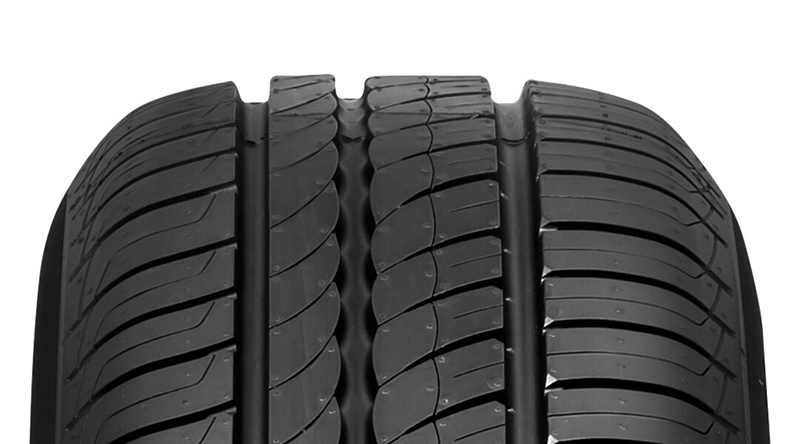 An optimised tread design brings a 1dB reduction in noise compared to the P1’s predecessor, while its 15% lower weight and other technical solutions results in 25% less rolling resistance. The shape of the tyre’s construction also helps with something called “tension control”, which minimises impact shocks and gives a more comfortable ride.

Size availability (width | profile | diameter): 155-255 | 50-70 | 15”-17”
Recommended for: Compact cars with small wheel sizes, and which typically spend most of their time in urban driving environments. For drivers looking for a more cost-effective option that still comes with the guarantee of quality from a reputable brand. 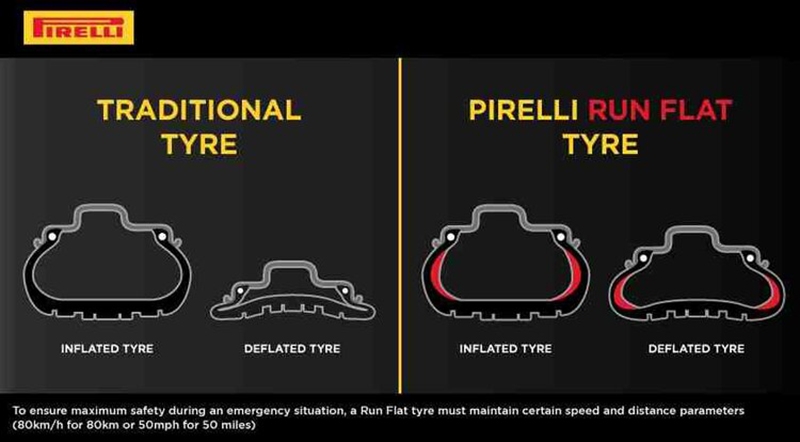 In addition to being dependable on the road in any driving scenario, some Pirelli tyres are also able to go the extra mile for you in the event of an unfortunate puncture. The P Zero, Cinturato P7, and Scorpion Verde are also available as a run-flat option, which have reinforced sidewalls that maintain the tyre’s shape for up to 80km in the event of a puncture, meaning you’ll never need to fear being stranded by the roadside.

Taking the idea of puncture-proofing tyres a step further is Pirelli’s Seal Inside technology, available on selected models in the Pirelli range. Seal Inside involves a layer of mastic sealant (derived a tree resin) applied to the inside of a tyre’s tread.

When a foreign object punctures the tyre, the mastic wraps around it, preventing air leakage; if the object were to fall out, the mastic sticks to it on its way out, immediately sealing the resultant hole. So effective and efficient is the Seal Inside system that most cases, the driver doesn’t even realise the tyre has been punctured! 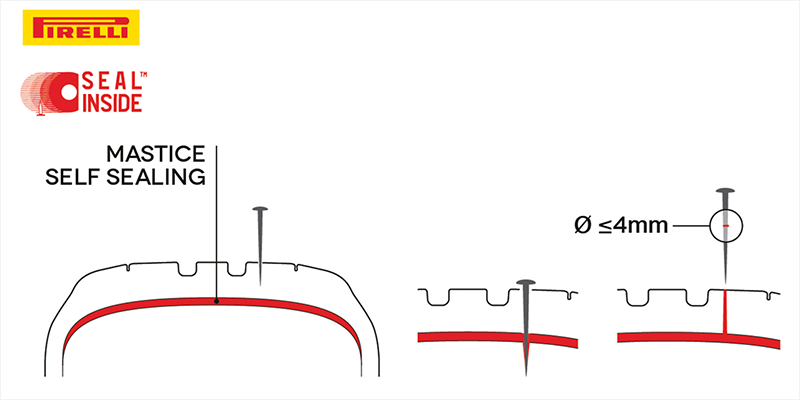 Seal Inside tyres require no special kind of rims or tyre pressure monitoring system, and can be used by any vehicle depending on tyre size.

Related Articles
The Mercedes-EQ EQA is the gateway to the electric age BY Marcus Lim
Sneak a peek at the BMW iX3 Marvel fans have been waiting for. BY Burnpavement
Fiat is back in Singapore! BY Marcus Lim
Did you know Toyota made a Humvee doppelganger ... BY Vivek Max R
Smartphone at your Service | Apps that make car maintenance easier BY Marcus Lim