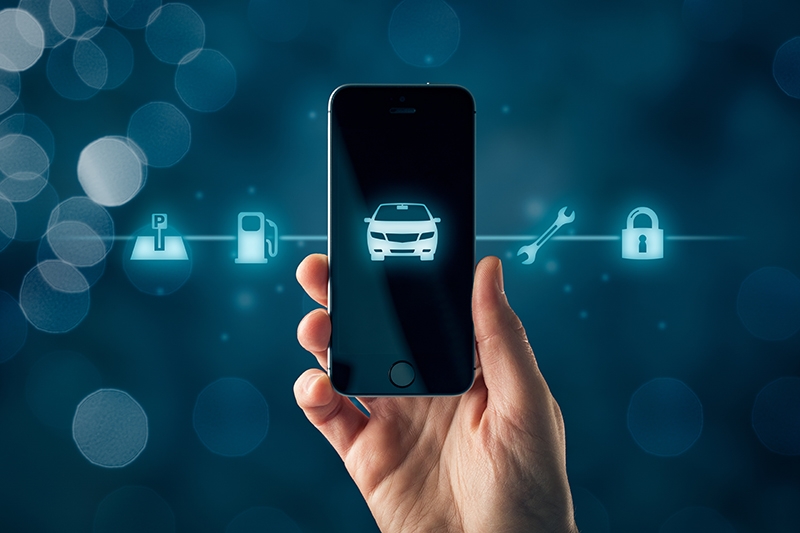 Smartphone at your Service | Apps that make car maintenance easier

Car servicing these days is easier than ever, thanks to the convenience of smartphone apps. We take a look at four of the best apps to see how they stack up against each other.

Apple famously coined the phrase “there’s an app for that” in its iPhone commercial some years back. Back then, the App Store contained apps for entertainment, games, and social media – apps we’re accustomed to using nowadays.

Over a decade later, who would’ve thought that the phrase would apply to motoring life too? Apps now give us unparalleled convenience; putting essentials such as parking rates, fuel prices and GPS navigation in our pockets.

In the past year or two, apps have gone even further – they let you handle car maintenance tasks from your phone! Whether it’s letting workshops bid for repair jobs, or servicing your car without leaving home, there’s an app for that. We explore four popular examples in Singapore to see what each is all about. 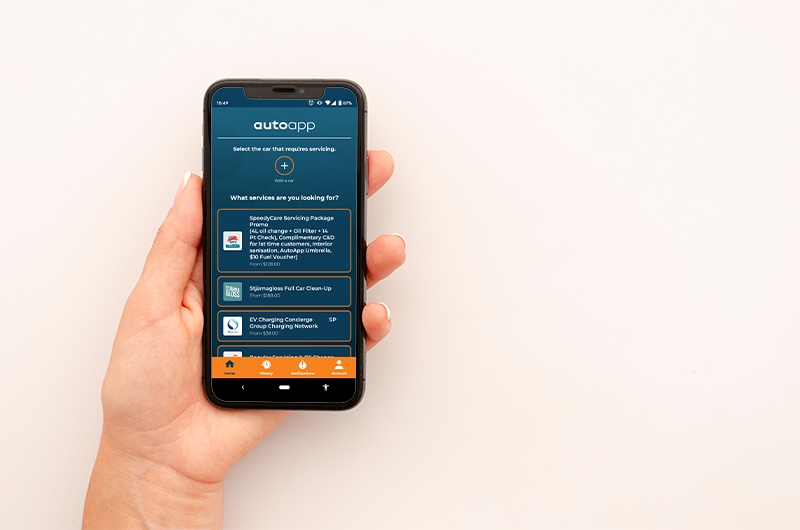 AutoApp was launched just over a year ago in July 2020, shortly after Singapore’s COVID-19 Circuit Breaker measures were eased. It’s an automotive concierge app with a pick-up and delivery service, offering a selection of services including servicing and grooming. There are also several unique offerings on the app, such as an electric vehicle (EV) charging service and an interior deep-clean sanitisation service.

What’s interesting with AutoApp is that unless you really want to, there’s no need to get into the nitty-gritty of getting your car sorted. Its team of Service Ambassadors can provide advice on what’s best and everything can be done on your behalf; from sourcing a workshop to liaising with mechanics. All that’s needed from you is to approve the quotation and make payment, all through the app.

We tried making a booking, and were very quickly contacted by the team via WhatsApp. The service ambassador was friendly and knowledgeable, and even highlighted their 30-day service promise that essentially warrantied the job! Unfortunately, it did take some time to come back with a confirmed quotation while they checked with partner workshops.

What was great: The really convenient concierge service had a posh vibe to it – just like what the premium car brands offer. The fact that there was someone to give advice was nice, and the 30-day warranty offered peace of mind.

What could be better: The app, although laid out rather clearly, displayed all services as a long list with no categorisation. All bookings came bundled with a concierge pick-up and delivery, but would have been nice if onsite services were offered as well. 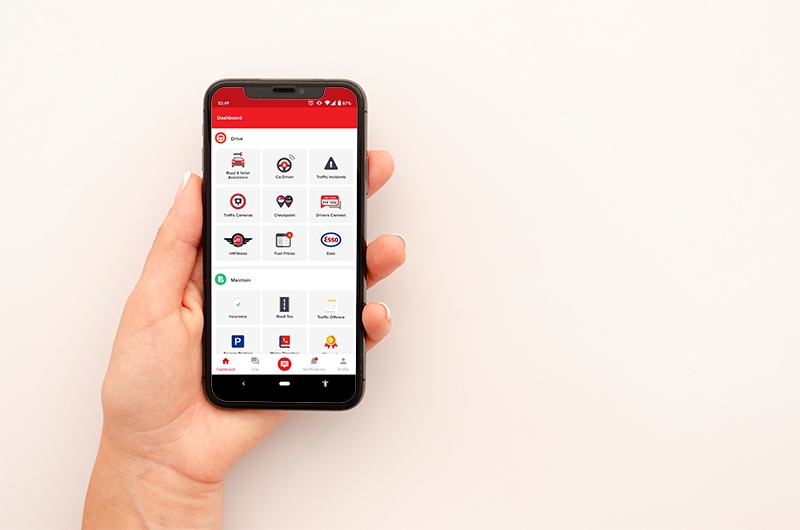 Motorist is the most established app on this list, having launched way back in March 2019. It is a multi-function app for drivers, with everything from road tax reminders, to traffic camera feeds, to roadside assistance. Motorist focuses on the car ownership experience as a whole, and even offers an avenue for users to sell their car.

The app is rather well organised despite the sheer number of services available. However, repair services are limited only to an emergency assistance menu, where drivers can call for a tow or onsite battery replacement. For all other repair and maintenance services, you’ll need to browse the (rather comprehensive) motor directory and contact workshops individually.

We tried requesting for an onsite battery replacement, and got a call back in under 5 minutes as promised. The staff on the phone was patient and helpful, and presented several options for our replacement battery. What’s great is that the app displays a price guide at the point of booking, avoiding any bill shock after the job is done.

What was great: The app interface was a breeze to use, with vibrant icons that made it easy to identify services at one glance. It also offered a great emergency service booking experience, saving the hassle of calling multiple numbers and risking the chance of getting overcharged.

What could be better: Although not quite the focus of Motorist, a service booking feature similar to that of AutoApp or Revodrive would add convenience. 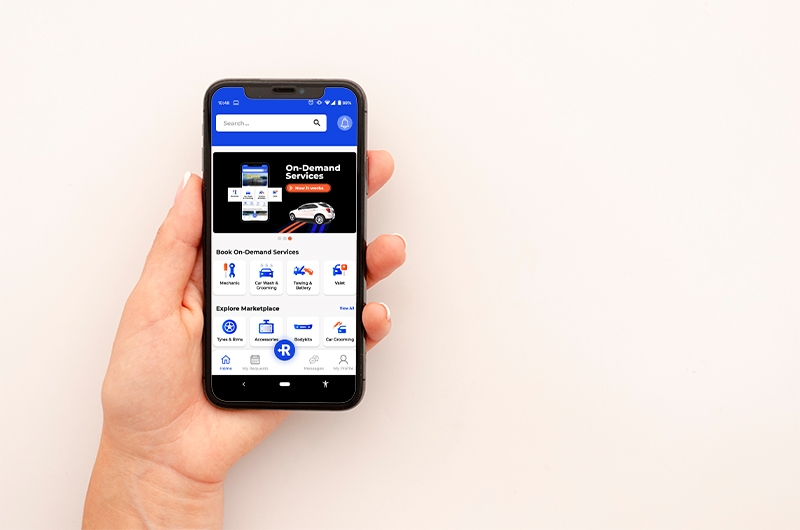 Revodrive is the newest kid on the block, launched in March 2021. It’s an automotive-centric marketplace app that lets drivers search for all types of services. There are several on-demand services listed at the top of the app – mechanic, car grooming, towing & battery, and valet – stuff that doesn’t require you making a trip to a workshop.

For stuff that does require a trip, Revodrive takes one step out of the process with its quotation request feature. Instead of wasting petrol and time driving down to different workshops to get service quotes, you just need to pop a couple of details into the app. Relevant workshops will then review your request and provide you with a quotation, which you can then review and compare.

We tried submitting a request and promptly got four responses within a matter of hours. The workshops that responded to our request were friendly, and we could contact them directly with the built-in chat function. Unfortunately, the reviews section for all of them were empty, and it didn’t help that there weren’t any familiar names.

What was great: The marketplace section, with its large number of listings, was great to have an idle browse. The quotation request feature meant allowed us to get a quote for nearly anything, which came in really quick. The fact that we could book on-demand services was great too!

What could be better: The app, albeit visually quite attractive, doesn’t immediately make obvious how to submit a quotation request. We weren’t able to judge which workshop out of those that contacted us was best as they didn’t have any reviews, especially when each came back with slightly differing diagnoses. 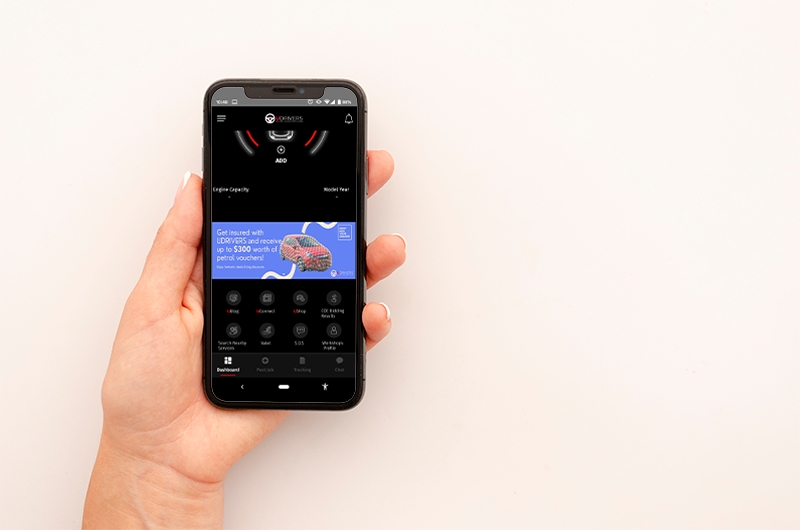 UDrivers was also launched shortly after the pandemic began, in June 2020. It’s a platform linking automotive-related businesses to motorists, both four- and two-wheeled alike. The regular stuff – routine servicing, tyre changes, spray painting – are all available. At the top of the app, there’s even a helpful scrolling banner showing the platform’s most responsive workshops.

The app focuses on planned aftersales services, with no option to book emergency services such as towing. Helpfully, though, it does include a directory of important numbers that include towing, tyre and battery services. Like Revodrive, UDrivers also has a job post feature that allows you to obtain service quotes from multiple workshops at once.

We tried posting a job, but it was only a day later when a lone reply came back. Unfortunately, this didn’t even include a repair quote, as the workshop required more details of the job. Nevertheless, we liked how the workshop’s details were clearly displayed with the quotation, including the number of ‘thumbs up’, or positive feedback it had. It would’ve been nice if the reviews section included comments left by other customers, though.

What was great: The job posting feature allowed us to get a quote for nearly anything, and didn’t alienate motorcyclists. The real-time text & voice chat feature made it easy to convey the additional details required by the workshop.

What could be better: The app interface appeared rather unpolished, with several missing and wrongly-sized images. Several features such as the ‘nearby services’ function didn’t work properly, displaying an empty list when clicked. Responsiveness of their partner workshops could also be improved, to provide consumers with several options. 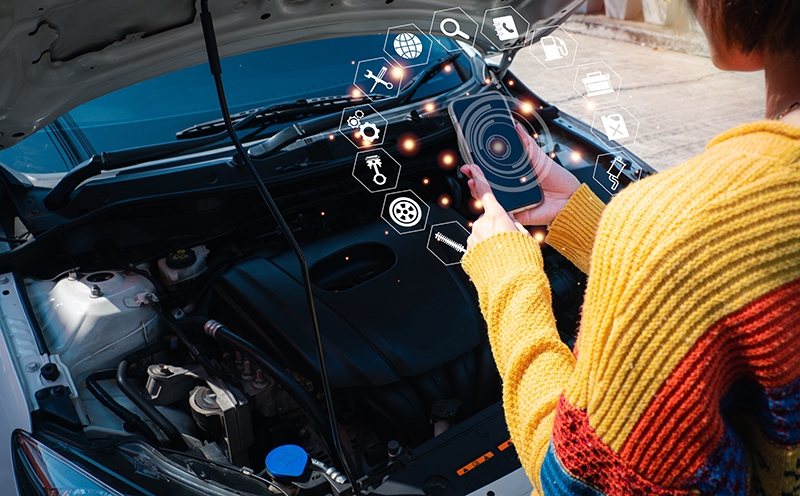 So, which is best?

In a relatively short period of time, car servicing apps such as these four reviewed here have shown that there is a growing demand for convenience and trust in the car aftersales market. While some customers want to save themselves the time and hassle of researching a dependable and honest workshop, others want to find the best deals before they drive their cars to the workshops.

To varying degrees, these four apps cater to these diverse groups of car owners. AutoApp on one hand, offers a complete one-stop solution where the car owner doesn’t even need to leave the home. Revodrive, however seems to appeal those looking for competitive pricing. Motorist adds live traffic camera feeds and road tax reminders into the mix, while UDrive caters to two-wheelers as well.

No matter how you service your car, these apps admittedly make life a great deal easier. Whether you’d like to wait in the safety of your home, or make a beeline for the most competitively-priced service provider, there’s an app for that!