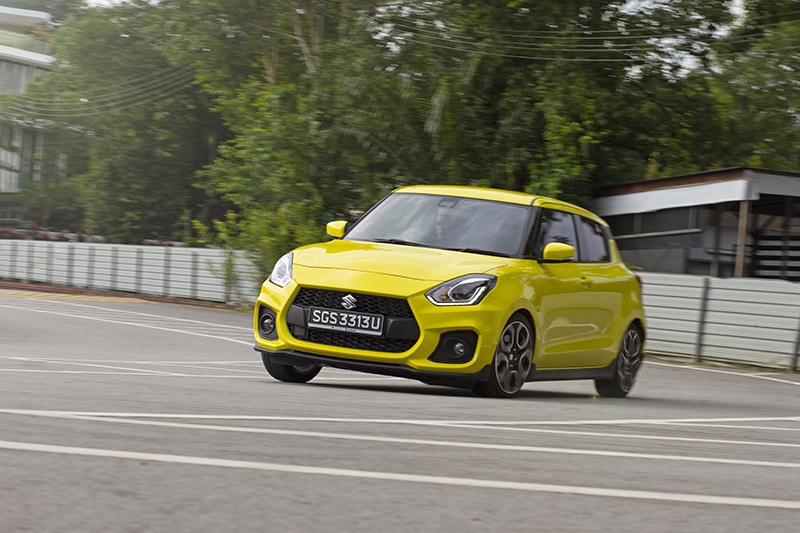 The entry point for performance driving begins with this supermini. Does its mild hybrid drive hinder or enhance the experience?

What makes a car sporty? Or in other words, what qualities should a vehicle possess to be justifiably called a ‘performance car”? Is it horsepower and speed? Maybe, but I can point to many luxury sedans or even some Sport Utility Vehicles (SUVs) that have plenty of both. Yet, they also isolate the occupants so well that they can feel too uninvolving to be considered ‘sporty’.
A car such as the Suzuki Swift Sport Hybrid driven here, however, is proof that a good driver’s car need not be very fast nor powerful. Instead, it’s really about getting the fundamentals right.

A good starting point is the driving position. This is of course highly subjective as the driver’s size and body type makes a big difference. For this writer’s 1.8-metre frame at least, the front seats are perfectly supportive. More crucially perhaps is how the car’s most crucial touchpoints – the steering wheel, gear lever, as well as the pedals – fall readily to hand and feet. Like putting on a tailored jacket, the driver immediately feels comfortable, familiar, and ready to go. This imparts a sense of confidence to explore the limits of the car.

The positioning of the steering wheel and gear lever is underscored by also being nicely weighted for feedback that feels sweet and positive. 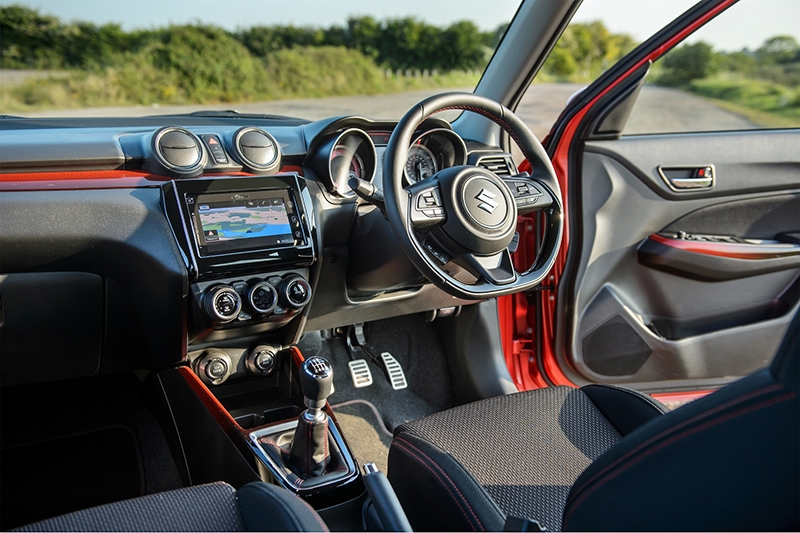 No Need for Speed

There is a seemingly never-ending spiral of power, speed and, as an ironic result, weight gain that afflicts almost every sports  car. This is because speed is a drug; it is addictive and you tend to crave for higher levels once the brain adapts to the dopamine rush. 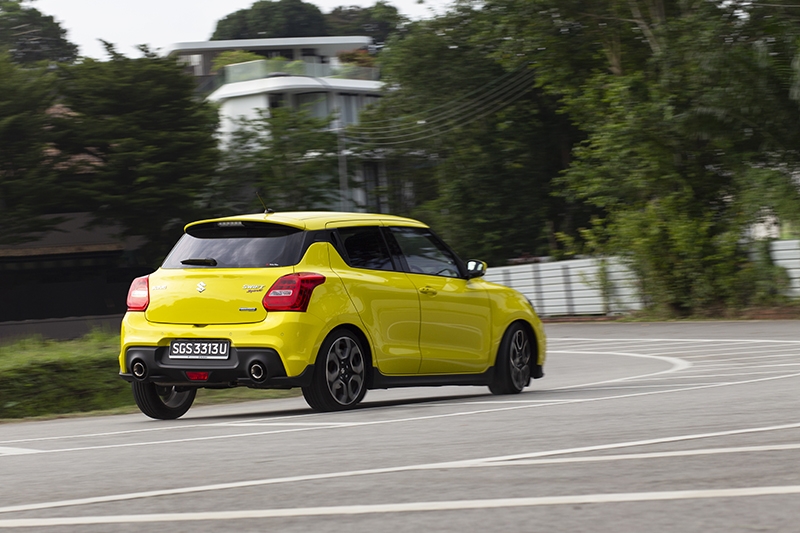 Perhaps it’s not the actual velocity that gives us the thrill but how fast we think we’re going? Take a go-kart for instance. Even with less than 10hp, it can feel like a race car when in reality, you’re going probably no faster than 30 or 40km/h. Factors that contribute to this are the size and weight of the vehicle, how you close you sit to the ground, and the complete lack of insulation so the driver’s senses are overloaded with sensory information.

Compared with the many bloated, over-tyred performance cars today, the Suzuki Swift Sport follows the go-kart axiom, albeit not as fastidiously as say a Lotus Elise… 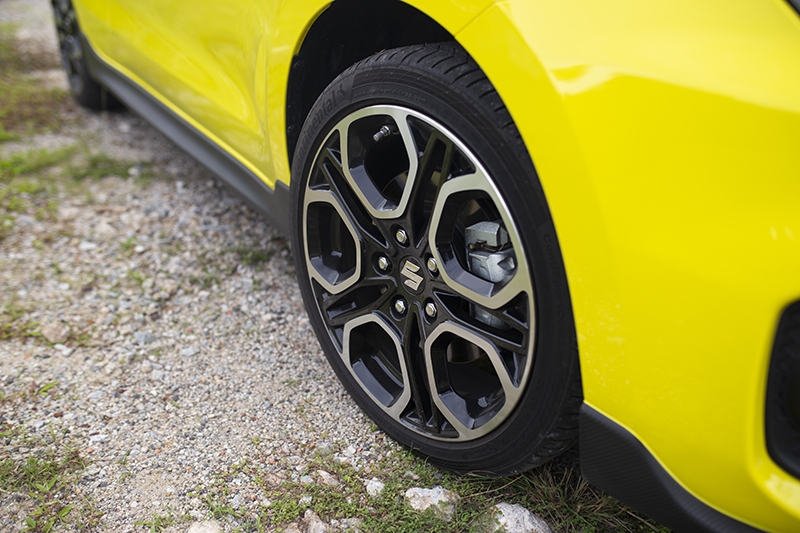 Still, the Swift Sport offers a nicer balance of everyday practicality with concessions to comfort like climate control (that works), more seats and space and just enough refinement to give it some long-distance cruising ability if you felt so-inclined.

To this end, there are features such as adaptive cruise control which appears in the Swift Sport for the first time. In fact, it is the car with a manual transmission to be offered with such a feature. 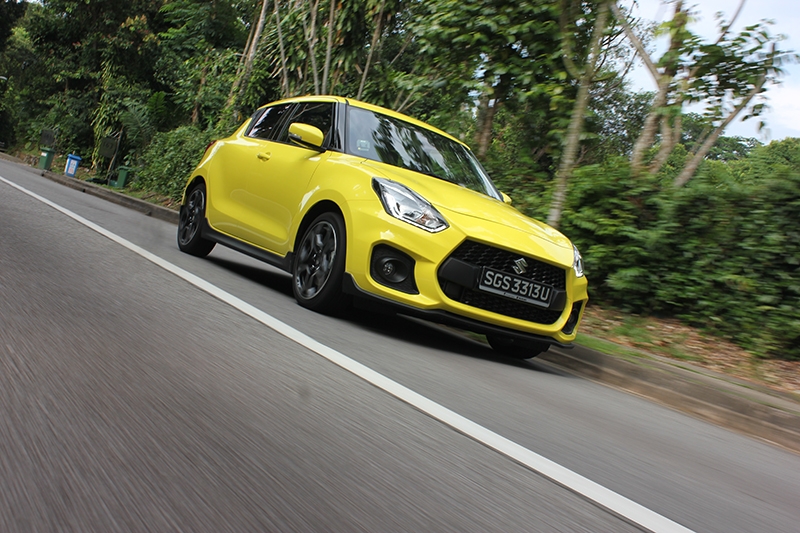 The 127hp made from the 1,373cc turbocharged unit with a mild hybrid drive makes it a warm, rather than hot hatchback, but the sporty suspension, brakes and steering setup makes the most of the available power. Also, there’s much to be said for being able to access all the available power, stretching that rev range all the way to the 6,500rpm redline without getting into too much trouble. 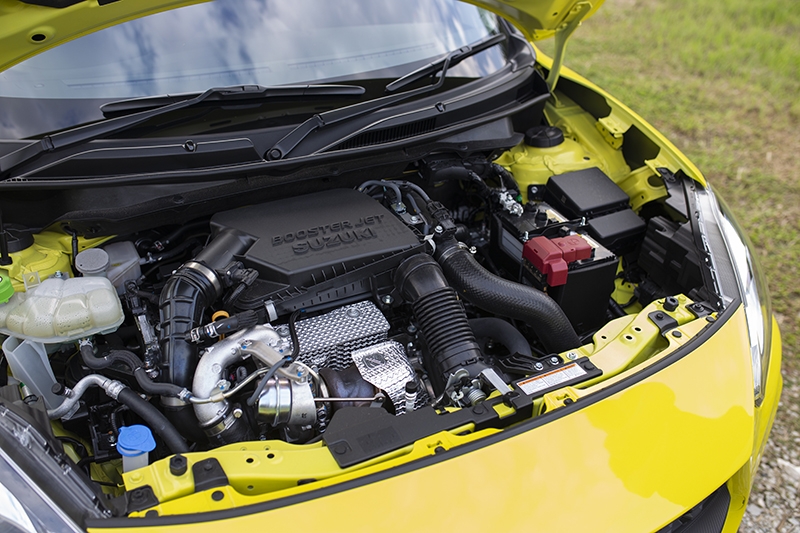 With many performance models these days, their super-quick acceleration also means spending more time on the brakes than accelerator in the real world. With the Suzuki Swift Sport, you can really lean into its rev band for longer periods and with more margin to appreciate its chassis’ nuances such as its responsiveness to throttle steer. 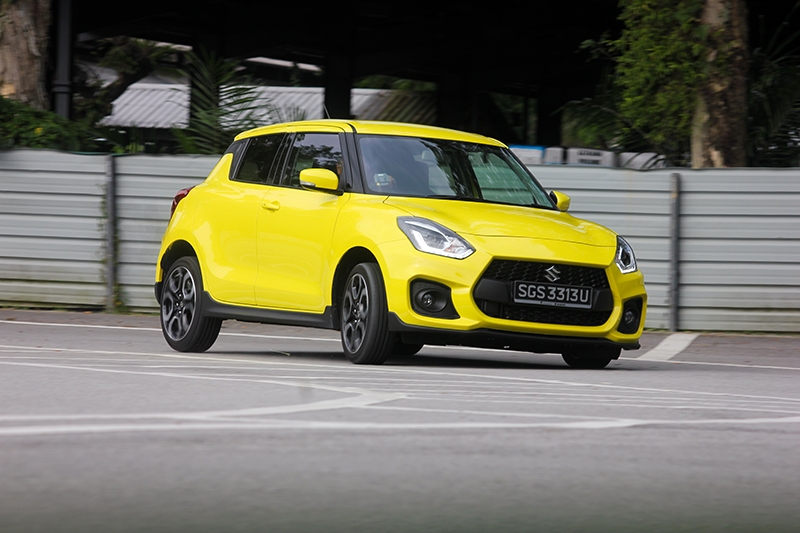 This doesn’t mean however, the Suzuki Swift Sport is not immune to the weight gain trend. In Japan and some other markets, a non-hybrid model is available that makes 140hp and weighs 50kg less than the 1,020kg official import driven here.

While this results in taking around 9.1 seconds to accelerate from 0 to 100km/h, it probably feels like you’re always driving with an extra passenger in the official import. Interestingly, the Suzuki Swift Hybrid tested here claims a higher top speed of 210km/h v 205km/h for the non-hybrid. 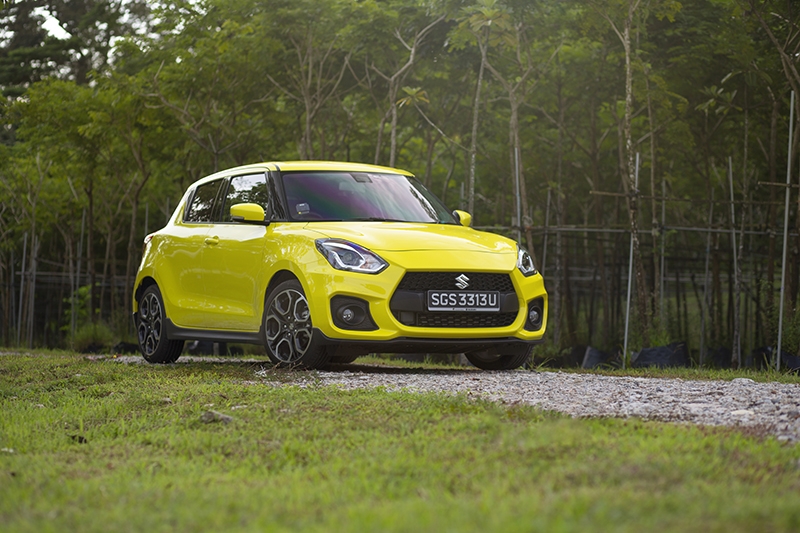 Much more practicable however, is that the hybrid model offers lower emissions to get into the VES A2 band, which comes with a handy $15,000 rebate.

This brings the price of the Suzuki Swift Sport Hybrid down to around $110k with COE. At a similar point, you’ll find hybrid models such as the Honda Jazz or Nissan Note e-Power. 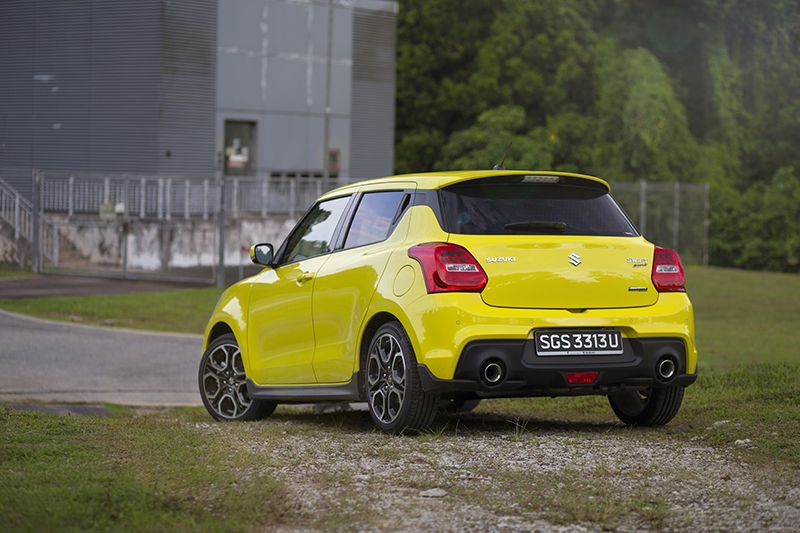 Neither of these hybrids however, are going to come close to being as satisfying to drive as this Suzuki Swift Sport. If qualities such as good handling, feedback and drivability are important to you, then this is the car where performance driving begins. 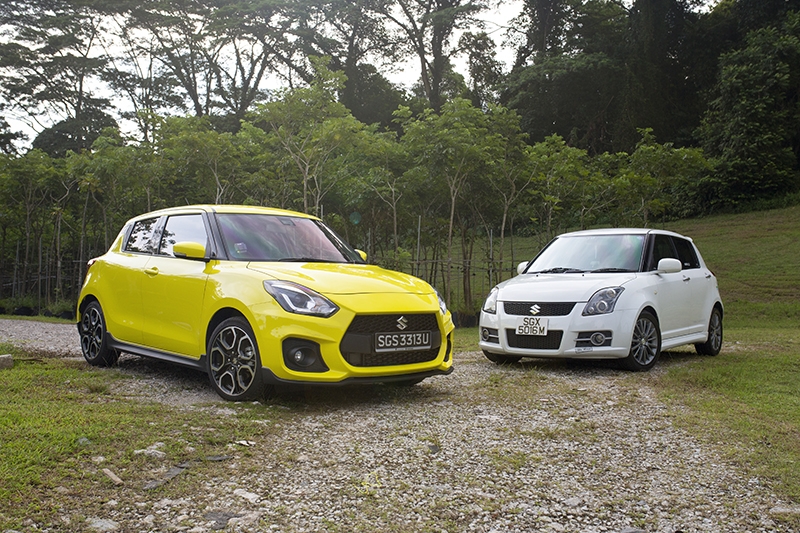