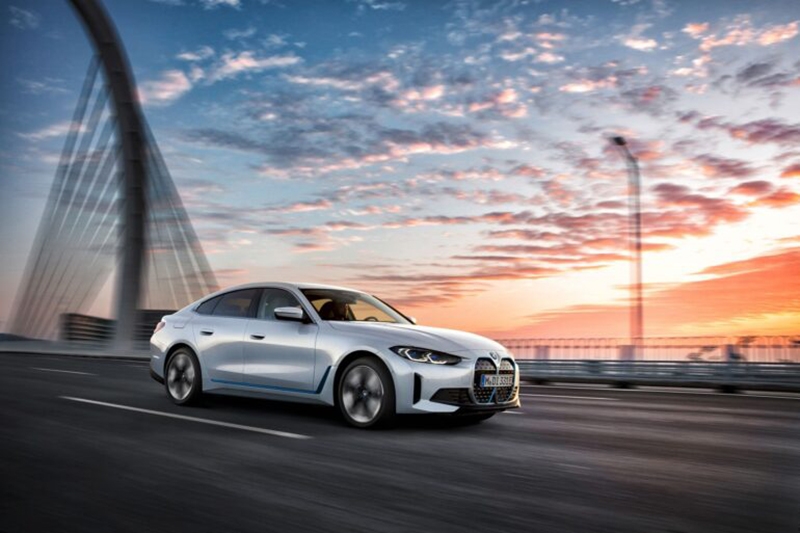 Set to be launched in Q1 of 2022, the full-electric BMW i4 eDrive40 will be followed by an M version.

Has it been eight years since the launch of the BMW i3? Needless to say, a lot has changed since then. While the i3 and i8 launched the following year looked otherworldly and futuristic, the all-new BMW i4 takes a more conventional form factor of a four-door fastback saloon (BMW calls it a Gran Coupe). 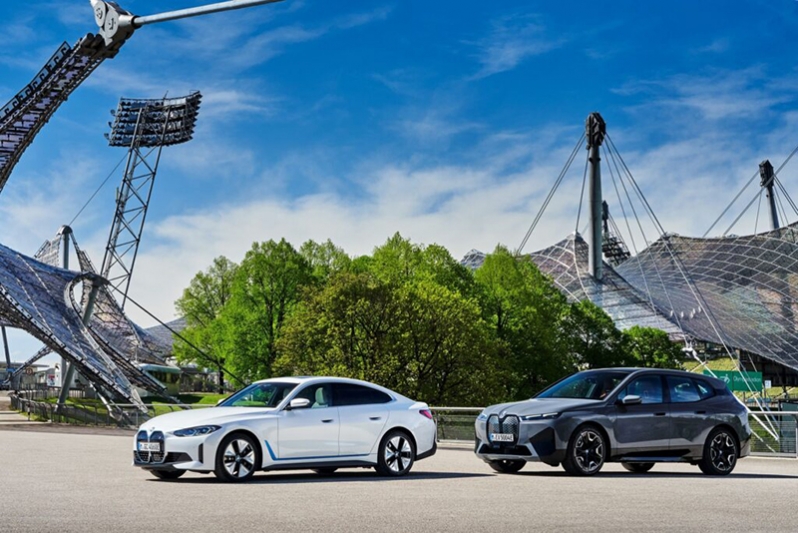 Yet, we can reveal now that there’s more to look forward to in the BMW i4 than meets the eye. Here are the 4, of course, highlights.


1. it has a 590km range and an electrically-excited motor. 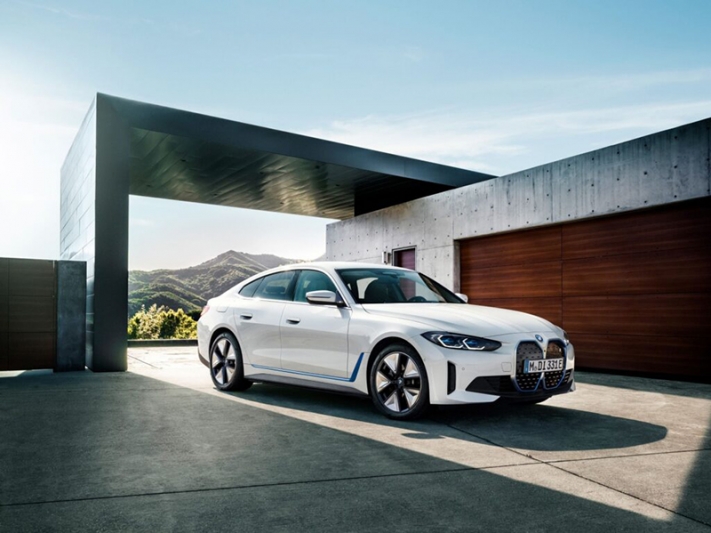 The BMW i4 eDrive40, as the first version will be known, will be capable of a range of up to 590km by European WLTP standards. Incredibly, BMW achieved this without resorting to disproportionately large and heavy batteries that blunt handling sharpness.

The hero here is the 5th generation BMW eDrive drivetrain that features an Electrically-excited Synchronous Motor (ESM). Unlike conventional motors, the ESM unit in the BMW i4 does without magnets or Rare Earths, and uses two-thirds less cobalt than typical EVs — one of the more contentious points in the argument on whether or not EVs are truly environmentally friendly.

This motor, developed in-house by BMW, is claimed to have an efficiency factor of 93%. Put into perspective, an Internal Combustion Engine (ICE) typically rates at less than 40%. 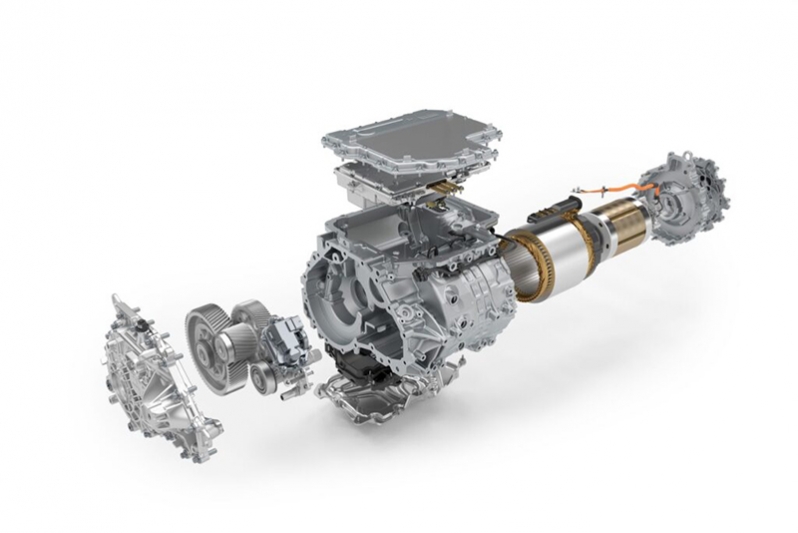 The ESM motor, power electronics, and transmission are also highly integrated into a single housing. This shortened path of energy results in less loss from resistance as a result. The combination of optimising the drivetrain packaging, as well the highly-efficient motor results in a lighter kerb weight. This allows the i4 to cover long distances between charges, along with agile handling that BMWs are known for. 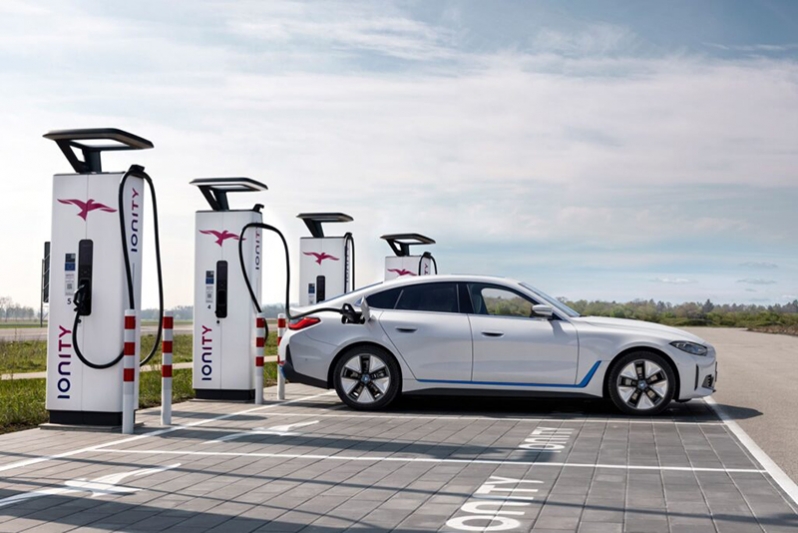 When plugged into an 11kW charger, the BMW i4 eDrive40 would need 8.5 hours for a complete charge. It can also accept high-speed DC charging of up to 210kW, where it would need just 31 minutes to charge from 10% to 80%. Seeing that 50kW and 100kW chargers the fastest available in Singapore, this level of charge would require roughly an hour.

Just about every EV is capable of recovering energy from braking and inertia. The problem is that different traffic conditions or driving situations call for different levels of recuperation. This can result in a jerky ride if the recuperation (think engine braking in an ICE car) is strong. You could also end up wasting energy if you’re coasting without enough resistance. The BMW i4, however, takes this to another level. 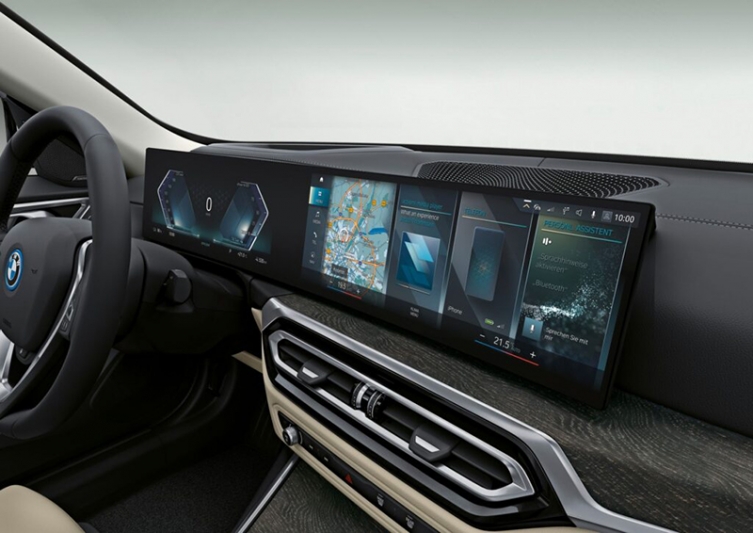 Adapative Recuperation is a feature that uses Artificial Intelligence (AI) to assess the level of energy recuperation. It takes into account the distance of the vehicles in front, types of road you’re driving on, and the speed you’re driving at. It automatically varies the level of recuperative braking to render a smooth and pleasant driving experience. BMW even claims that “90% or all ‘reducing speed situations’ can be handled without brake intervention.”

Most EVs are quiet, smooth, and offer impressive acceleration. To some drivers, this unfortunately also makes EVs inert and soulless to drive. Worse still, if we’re being honest, most EVs feel more or less the same to drive. 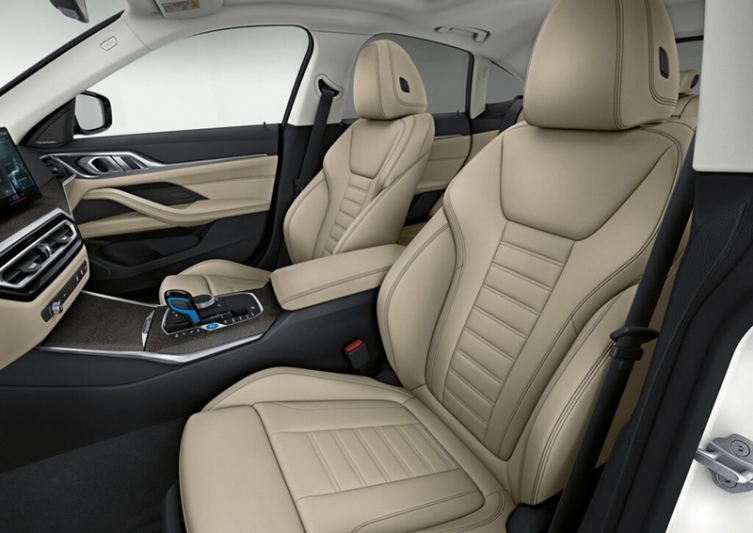 This is a problem that BMW is determined to fix. Known for building some of the most iconic performance cars, they know a thing or two about making an EV fun to drive.

“The BMW i4 transfers the BMW brand’s DNA and the BMW typical driving pleasure into the era of electro mobility,” says David Ferrufino, Head of BMW i4 Project.

Mr Ferrufino points out that this injection of “BMW DNA” comes from an emotional design, a comfortable driving position, balanced handling dynamics and long distance comfort. Add in the amazing acceleration that EVs are renown for, the intuitive user interface, and iconic sound designed by Oscar-winning composer Hans Zimmer, and you have an i4 that may well be one of the best EVs in its segment. 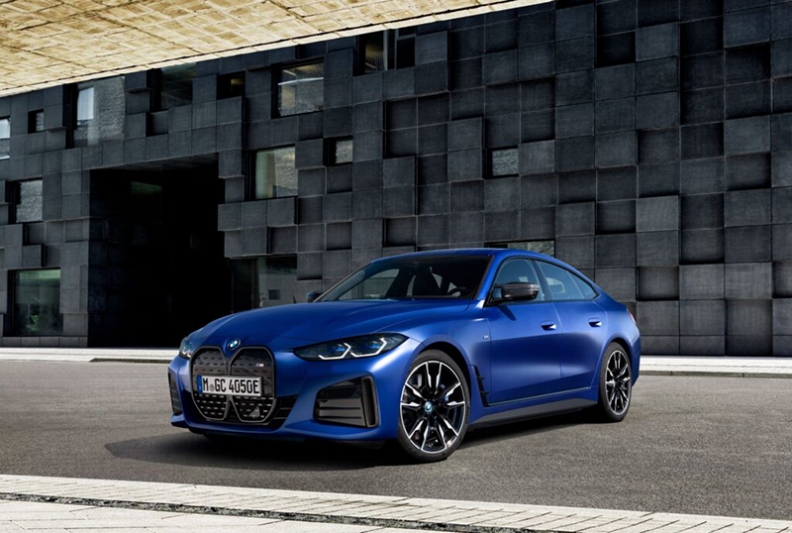 For the first time, BMW’s go-faster division, M will be producing a performance EV known as the BMW i4 M50. This all-wheel drive EV will come with a max output of 400kW (544hp) and 795Nm of torque. This makes it possible to reach 100km/h from a standstill in 3.9 seconds and an electronically-limited top speed of 255km/h. Operable range however, takes a slight dip as the BMW i4 M50 will cover 80km less than the i4 eDrive40. 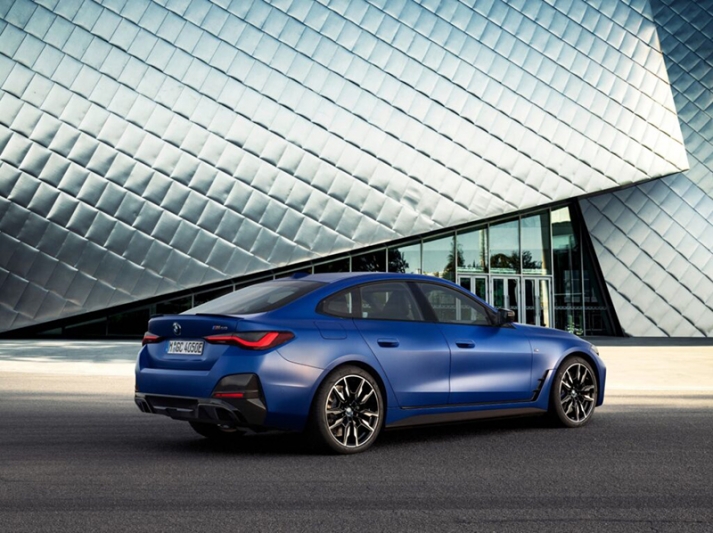 In other words, these numbers place the BMW i4 M50 within striking distance of competitors like the Telsa Model 3 Performance and Porsche Taycan 4S. 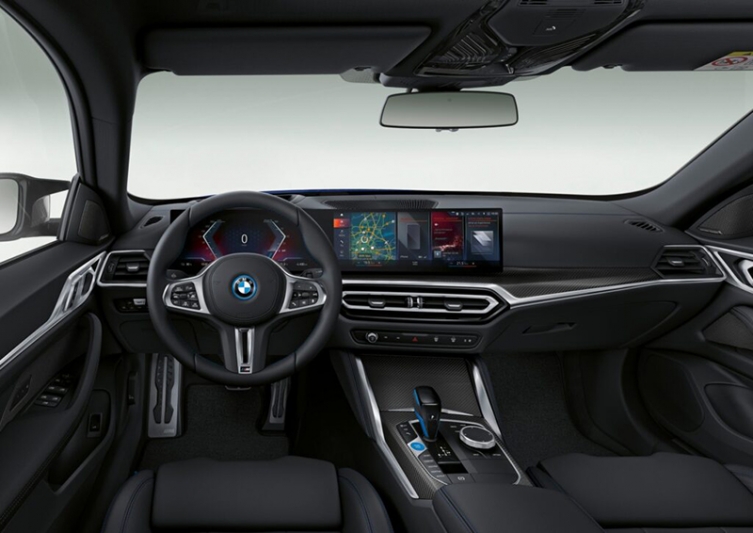 While the vanilla BMW i4 eDrive40 is set to be unveiled in Singapore by Q1 next year, the local distributor is still evaluating the BMW i4 M50.

The BMW i4 may be cutting edge beneath the sheet metal, but externally the German carmaker seems to have taken a more conventional design. The i3 was characterised by its quirky design that made you feel like you were driving something from the future. The i8 remains timeless. More significantly, what’s happened to the carbon fibre passenger cell that the company went to great lengths to produce? It built a factory next to a hydro-electric dam in Washington state so that it would be sustainably produced. 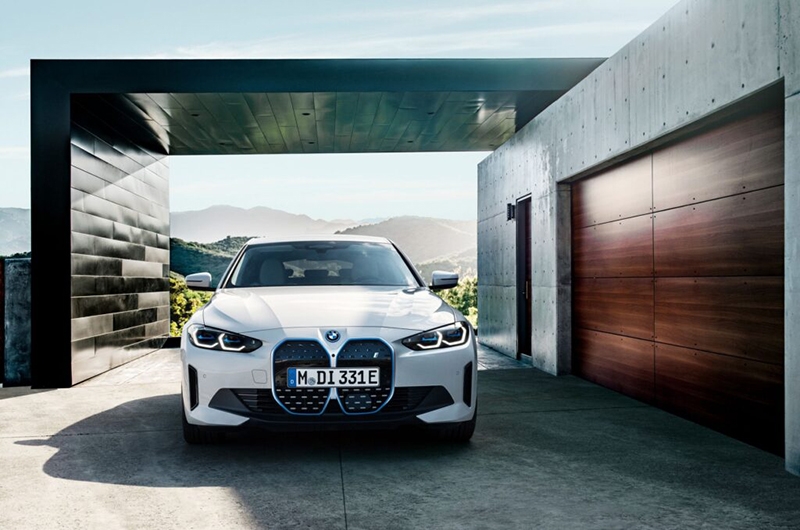 Perhaps BMW has found a more fiscally-efficient way to build its EVs. That’s perfectly fine, because it runs a business after all. But, a part of me wishes that it would return to its form-follows-function roots that made its most iconic cars eternally cool. This bring us to those vertical kidney grilles. I’m not here to debate about how they look but more about why they even there at all.

Instead of mimicking an ICE car, its design should celebrate the fact that the i4 doesn’t have an engine and thus, it doesn’t need a grille. Instead of a physical grille, blanked-out or otherwise, maybe a representation like an outline of it would have sufficed?

Related Articles
Sneak a peek at the BMW iX3 Marvel fans have been waiting for. BY Burnpavement
Did you know Toyota made a Humvee doppelganger ... BY Vivek Max R
Remarkable first victory in the new Audi RS3 LMS for privateer Gilles Magnus ... BY Vivek Max R
Audi e-tron customers in Singapore now have two high-speed facilities to charge from... BY Vivek Max R
iX3 is the icing atop BMW Group Asia’s 7-year electrification cake BY Vivek Max R