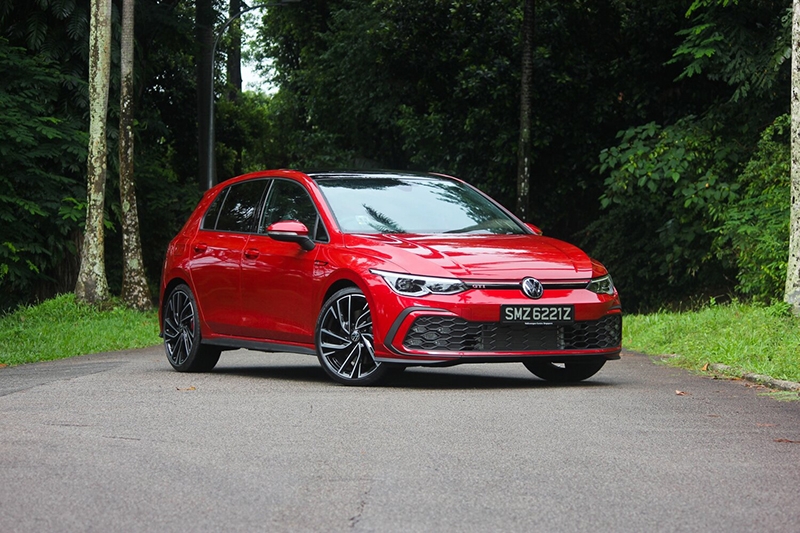 A brief taster of the new Golf GTI suggests that Volkswagen has injected a bit more sportiness back into the long-reigning hot hatch king.

The VW Golf GTI is known as one of those do-it-all kind of cars, something that fits the bill no matter the situation. But while its ability to smooth out the daily grind has never been in doubt, of late it seemed to have become too good for its own, er, good - there was a distinct lack of drama when pushing hard in the Mk7.5 model that made it difficult (for me at least) to fall in love with it.

COVID restrictions meant we only had an hour with the car during the launch event of the new Mk8 Golf and Golf GTI (and that included time for photography as well), so we can’t give you much more than the most fleeting of first impressions. Oh, and conspiring against us further still was some truly appalling weather. But even so, there are signs that VW has turned up the aggression slightly in the Mk8 and made it a more willing entertainer than its forebears. 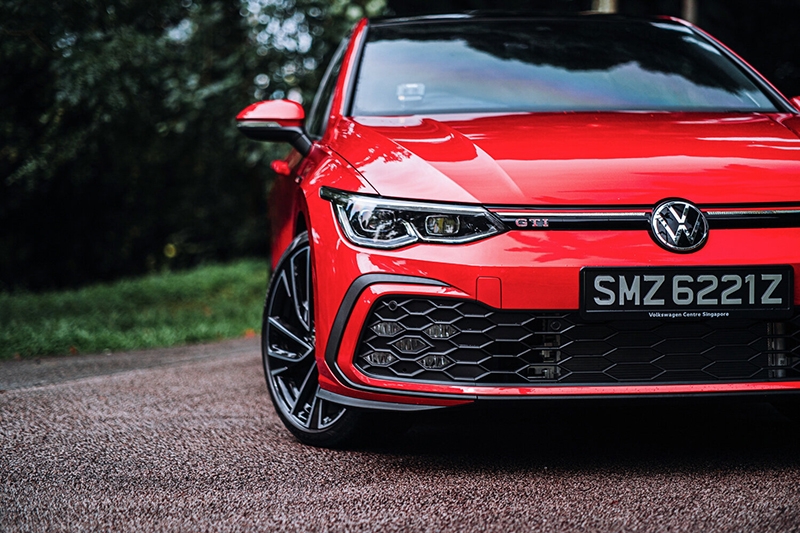 The first hint of that is in its styling. The GTI sports a deeper chin spoiler than before, as well as a much more prominent radiator grille (honeycomb-patterned, natch) that spans the entire front end of the car like a boxer’s mouth guard.

The 19-inch “Adelaide” wheels too, have a far more in-your-face look than the five-spoke items on all GTIs from the past decade and a half. 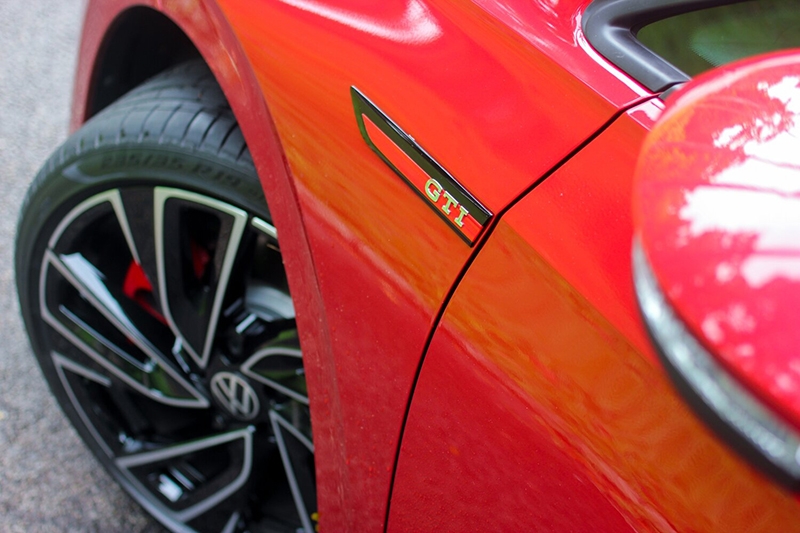 At the back, the GTI badging is larger and has shifted to the middle of the tailgate, while the rear bumper’s black “diffuser” section has grown as well, accentuating the car’s twin tailpipes. 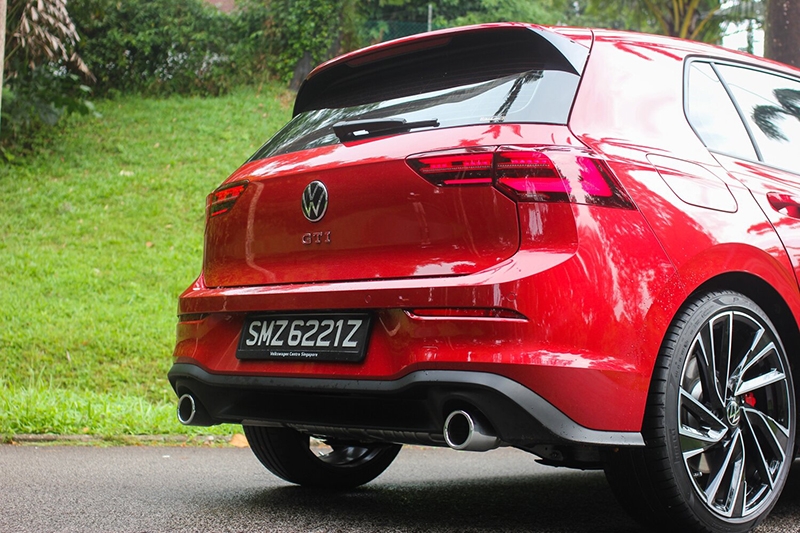 The GTI shares its new, all-digital cockpit with the regular Golf, although it’s more distinctly racy than the old GTI, thanks to unique graphics in the instrument display, and the grey and red trimmings on the supportive sports seats. Like the Golf however, the infotainment is needlessly complicated to use, with too many frustrating levels to the menus. 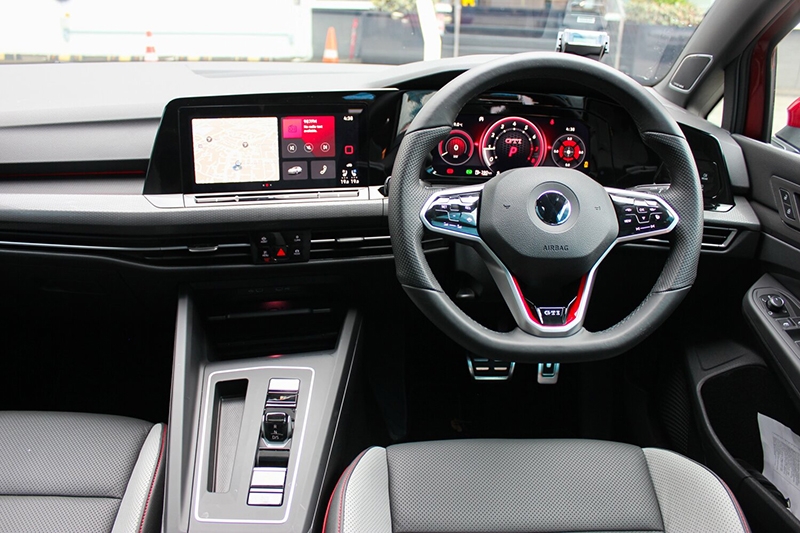 For more encouraging reading, I suggest you leaf through the mechanical spec. Under the bonnet lies the same variant of the EA888 four-pot as the Mk7.5 GTI Performance pack (which didn’t come to Singapore). This bumps power and torque up from 230hp and 350Nm, to 245hp and 370Nm over the standard Mk7.5 sold here, and trims 0.1s (to 6.3s) off the 0-100km/h timing. 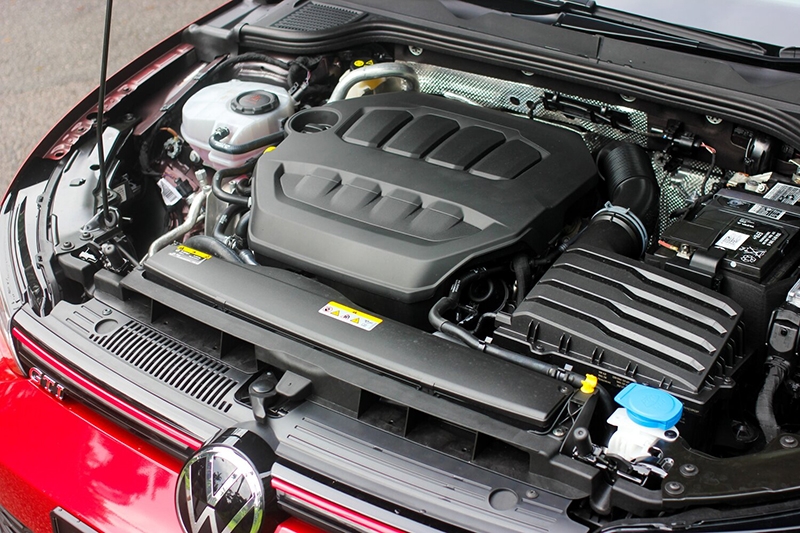 Quite notably, that’s still significantly lower than the rest of the hot hatch field, but in isolation you definitely can’t call it slow. Tractability is excellent, as always, yet the engine also feels slightly keener to rev than before, while the power delivery also feels a little bit punchier.

And as a bonus, the exhausts can be cajoled into setting off a few (and really only a few) pops and crackles on the overrun, instead of only obnoxiously DSG-farting its way up the gears. Minus points though, for the synthesised engine growl played through the audio system, which quite blaringly crackles and distorts in the speakers when the engine reaches 5,000rpm, despite the system being a premium Harman Kardon item. 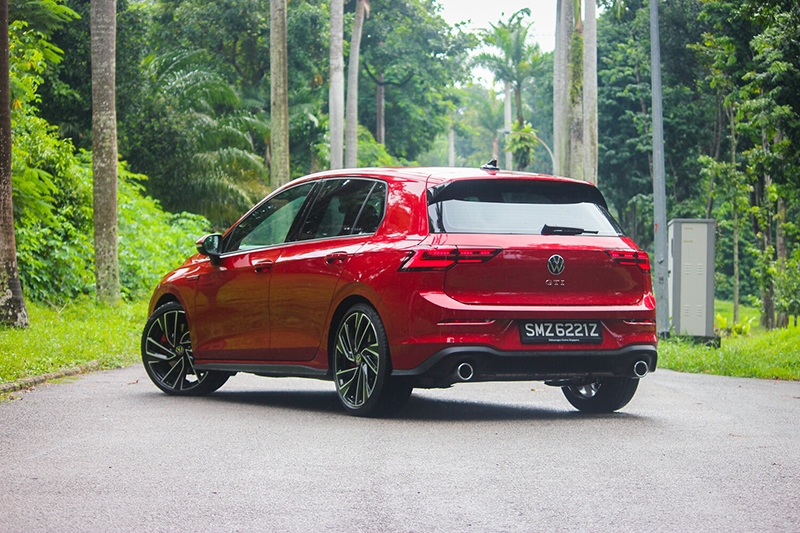 More exciting than the increased outputs however, are the Performance Pack’s electronically-controlled mechanical limited-slip diff (now standard fitment), as well as the 5% front and 15% stiffer rear suspension settings. The former should make for a front-end that more doggedly resists power understeer, while the latter suggests a slightly more tail-happy handling balance.

Indeed, on one greasy left-hander, there was the slightest hint of the rear end stepping out under trail-braking, a sensation I didn’t recall in the Mk7.5 even when pushing hard. Not enough to suddenly make the GTI feel like a lairy oversteer-on-demand hooligan (like the Renault Megane RS), but certainly suggestive of greater front-rear neutrality than before.

Meanwhile on another corner, booting the throttle after the apex brought the new LSD into play, loading up the steering and seemingly helping to nudge the front end into the turn. That said, as stated earlier, the event schedule and weather meant there wasn’t a chance to properly chuck the car about. 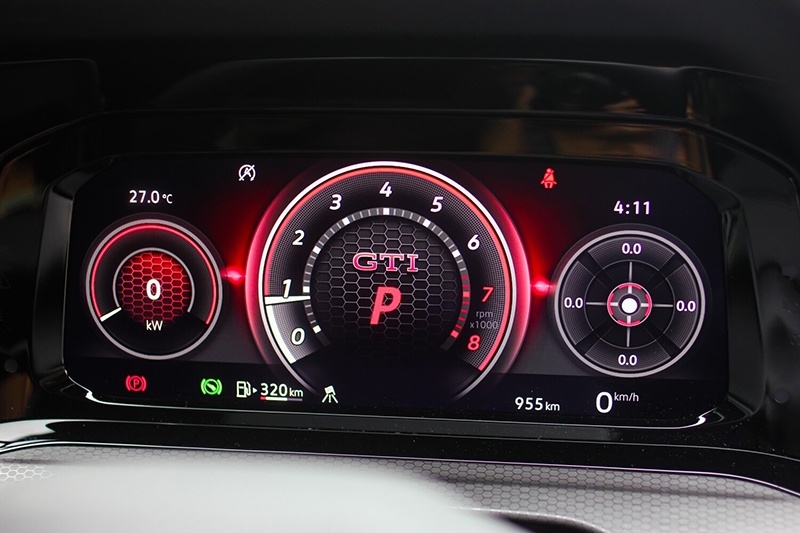 So is the Mk8 GTI a better hot hatch now? It’s too early to tell, but the signs are encouraging, particularly thanks to its mechanical enhancements. We’ll be having an extended and more comprehensive drive with the car soon, so keep an eye out for our full review here in the coming weeks.

Related Articles
We go off-road with the new Volkswagen Tiguan BY Marcus Lim
The Mercedes-EQ EQA is the gateway to the electric age BY Marcus Lim
Did you know Toyota made a Humvee doppelganger ... BY Vivek Max R
The Karting Arena | New kart track opens in Jurong BY Jonathan Lim
11th-Gen Honda Civic premieres in Singapore BY Sheldon Trollope