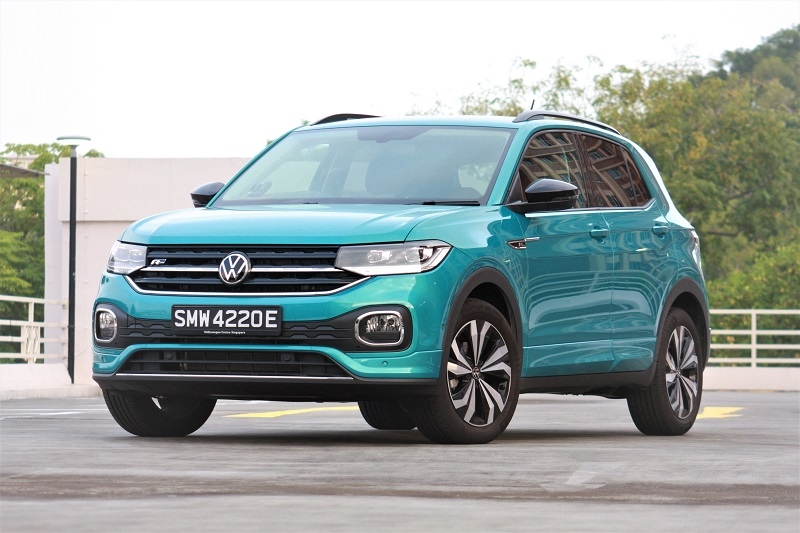 If, like me, you’re looking for a compact car to replace your current ‘oversized’ one, you should probably read this

I am currently driving a twelve-year-old Subaru Impreza 2.0 RS. Mechanically the car is fine; but with age comes wear and tear. The steering rack, suspension parts along with all the bushings need replacement. On top of that, a major service is due (not forgetting preventive engine parts to prevent future headaches). Oh, new brake rotors and pads to be thrown into the list as well. Then let’s not forget the $1.6k annual road tax. Adding all these up, the itch to get a brand-new car is real…

Reflecting on my situation, I’ve narrowed down my choice to a compact car that is friendlier to my pockets. The good thing about the current crop of compact cars is (a) they’re zippy, (b) spacious inside, and (c) economical; with smaller engine capacity, that means significantly lower fuel bills plus cheaper road tax and insurance premiums. Voila! 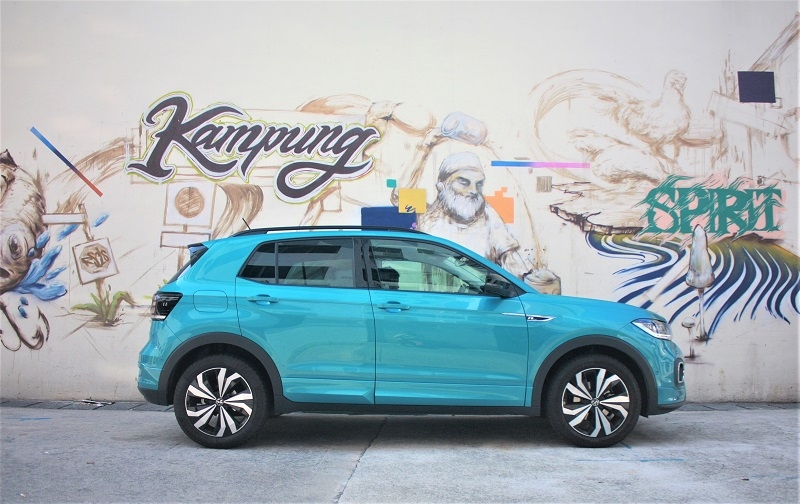 But not any compact car though as I have some important considerations. Firstly, it cannot sit low for my mum’s ease at getting in and out. Secondly, not too big to the point my significant other finds too intimidating to drive. Lastly, a good amount of boot space. To sum it all up, I need a compact SUV. 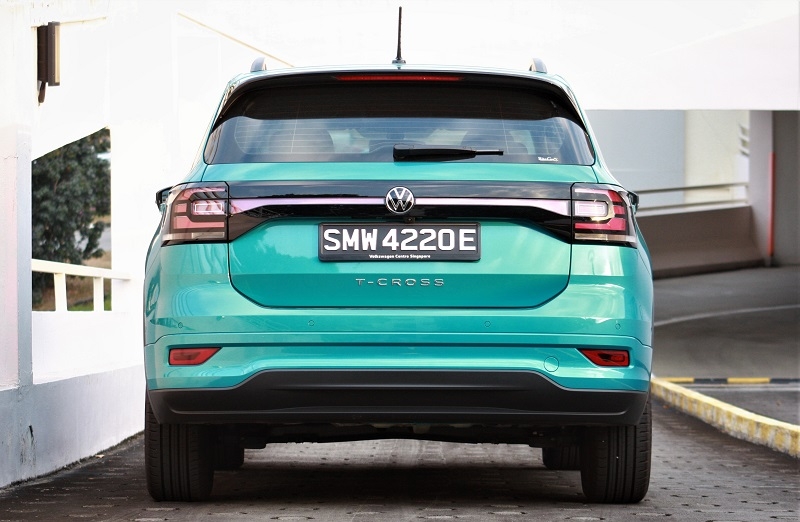 By sheer coincidence, Volkswagen offered me their new T-Cross. Perfect, so I will get to live with one over a weekend - lets see whether this will help reaffirm my decision. 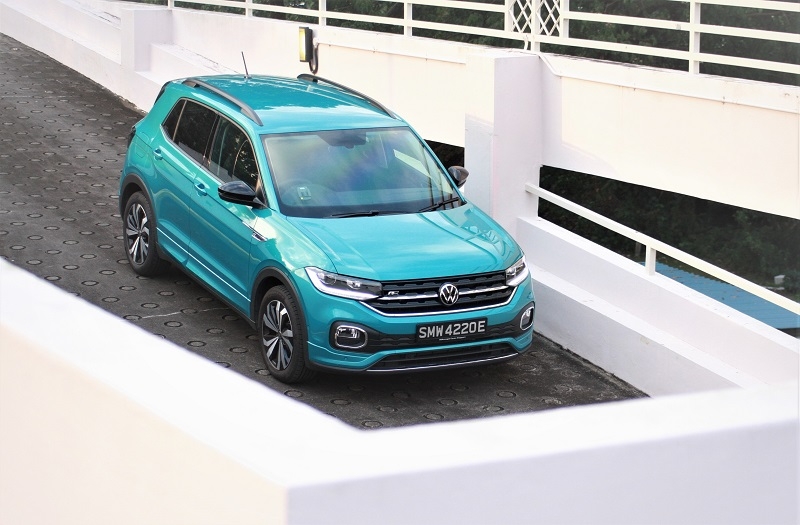 Looks cool. To be frank, I’m steering clear of obvious choices like the Honda Vezel and Toyota C-HR because… everyone has one; I want the car I’m paying with my hard-earned money to have style, is unique and if it comes in an outstanding colour, even better. Surprisingly, the square-ish shape bodes well with my mum (she said it looks ‘rugged’), and rather unsurprisingly, the significant other loves this shade of ‘Makena Turquoise Metallic’ (very ‘stylish’ and ‘unique’, in her words). 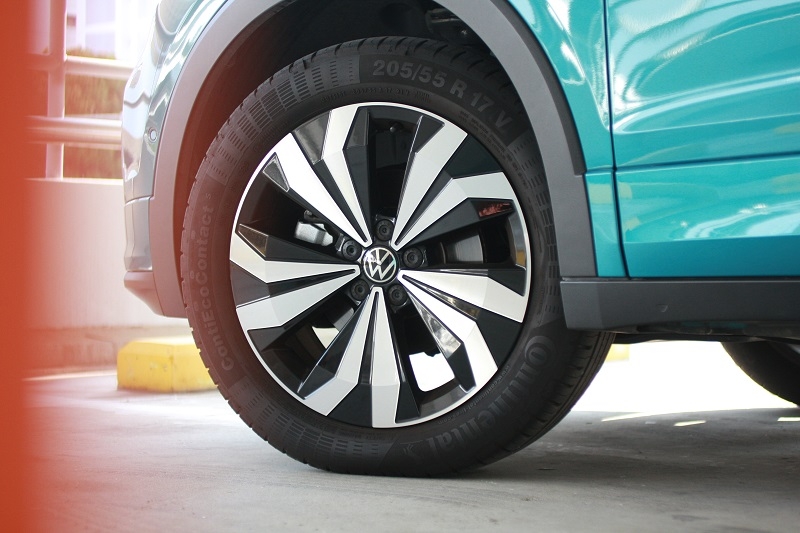 I, on the other hand, love how chunky it looks from a distance although I sternly opine it needs nicer rims (the standard issue 17-inch wrapped in 205/55 R-17 Continental ContiEcoContact rubbers). That said, from the front there is no denying how it resembles its larger brother the Tiguan and daddy the Touareg; yes, VW has maintained the identity, made it smaller and added youthful touches throughout to attract its target audience. 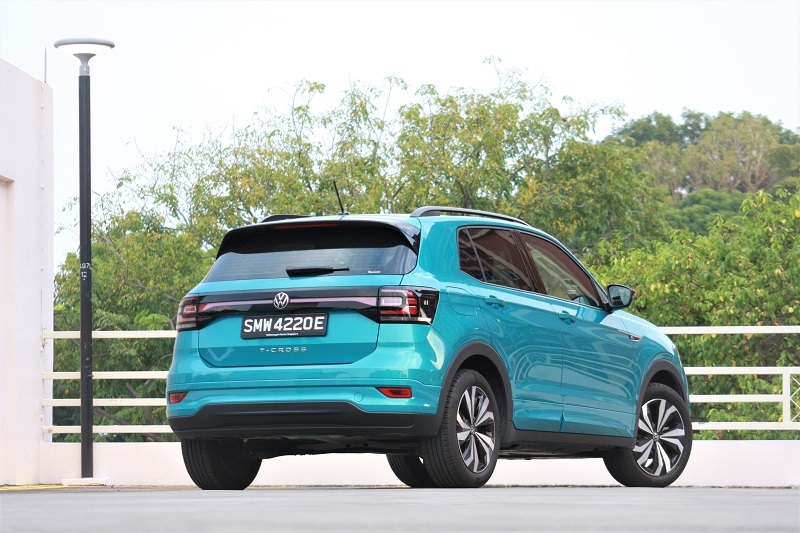 The rear end of the T-Cross is tastefully done, with those pair of significant tail-lamps joined together by a central reflector; unfortunately, the latter does not light up. 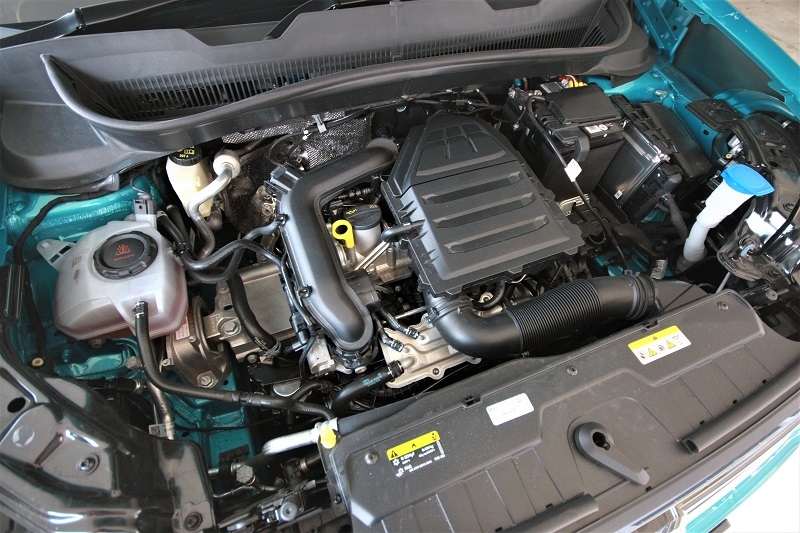 Adequately powered. Small turbocharged engines are no longer new, so it comes to no surprise what the T-Cross has: Under the bonnet lies a 999 cc turbocharged 3-cylinder powerplant. Mated to VW’s widely utilized 7-speed DSG ‘box, maximum power output is 113 bhp with maximum torque some 200 Nm available from as low as 2,000 rpm (heck, that’s even more than my Impreza’s 196 Nm!). All that power gets sent to the front two wheels, enabling the 0-100 km/h sprint to be executed in 10.2 seconds. 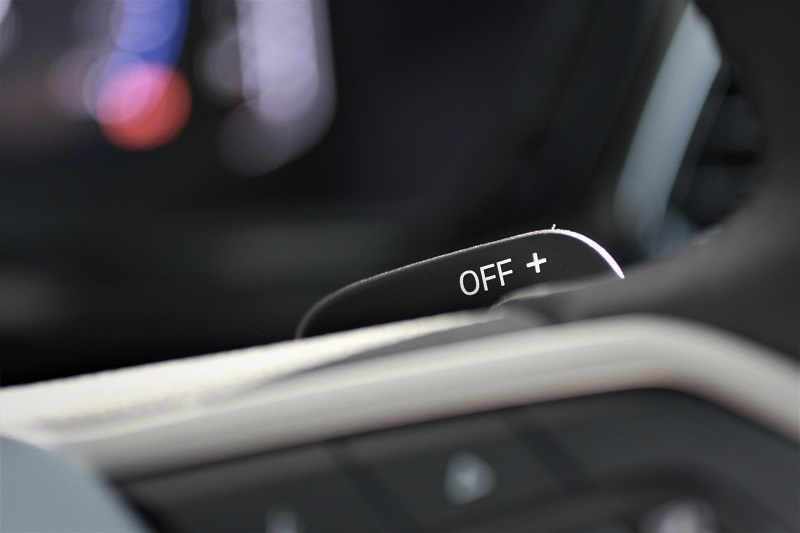 The T-Cross shines in junction-to-junction grand prix, feeling sprightly without the need to floor the accelerator. In town traffic, you rarely catch it breathless; ok maybe if I were to really nitpick, there is that millisecond of lag between the moment I prod the accelerator to the car actually moving off. But again, I have to emphasize that to the daily driver, this is something you’d easily miss out. 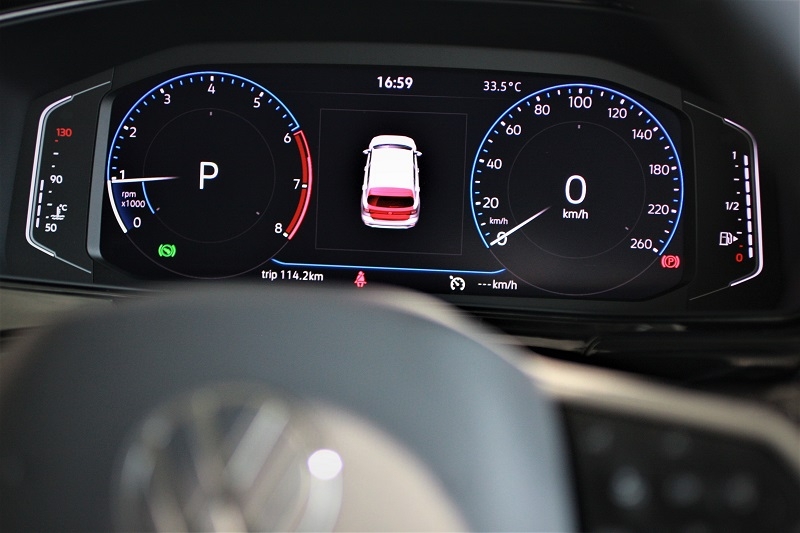 Then while driven along the expressway, it has the very right to stay on the fastest lane, cruising at three-figure speeds with ease. However, wind and tyre noise become more obvious as you go higher up the speedometer. 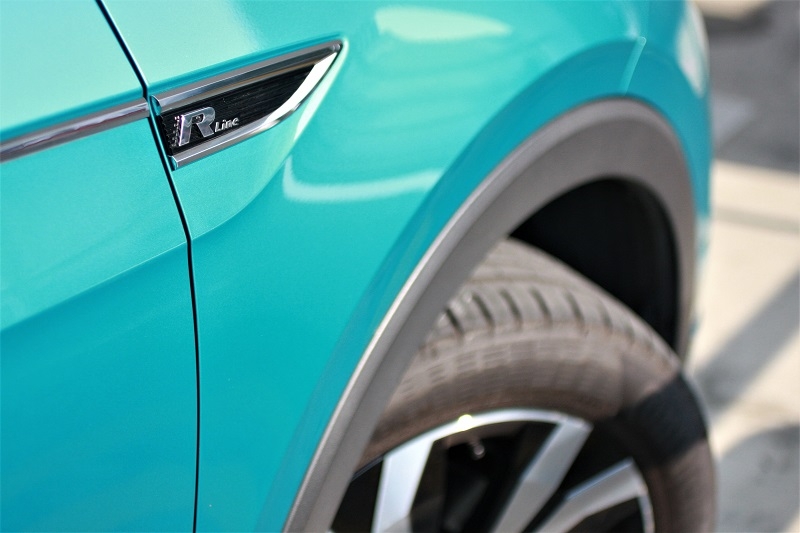 Handling. Yes, it is capable though not as much as a Golf. With all the hardware, it can still hold its own along winding roads with only screeching rubbers telling you you’re almost reaching the limit. As any other car this tall, understeer does kick in earlier than expected, but thankfully, the steering corresponds well enough to keep you updated. 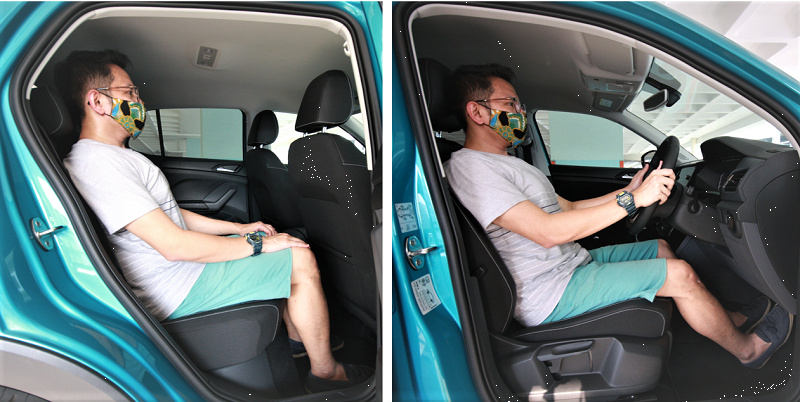 Cabin. Hands down, the T-Cross’s remains one of the best in its class. Open the rear door and the first thing to notice is how natural it is getting in and out, and that comfortable seat. To add on, it can accommodate up to two and a half passengers without a hitch, providing more than adequate legroom and a generous headroom. 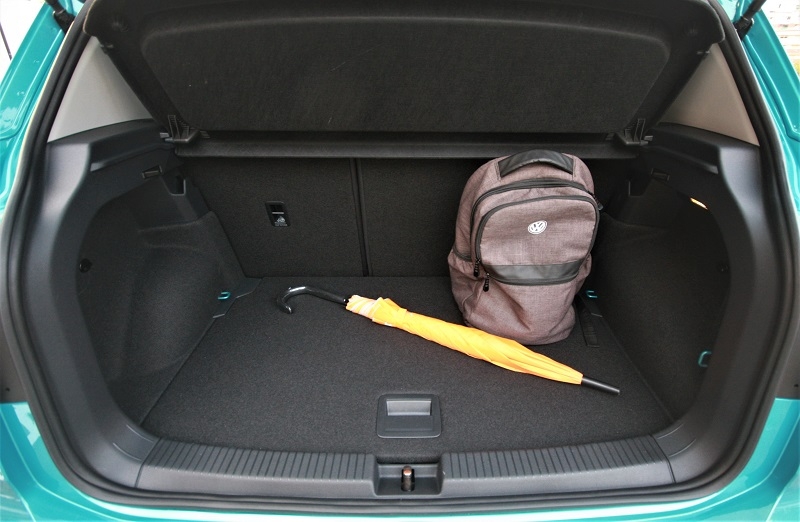 The boot also deserves praises for its practicality. If you’re the sort who treats your car as a second store room, I’m glad to report the boot here is like a vortex – all I need to do is open the boot and, tadaa, everything will automatically be sucked in. With the backrest folded down, the T-Cross suddenly provides useful space, appropriate for those IKEA runs… 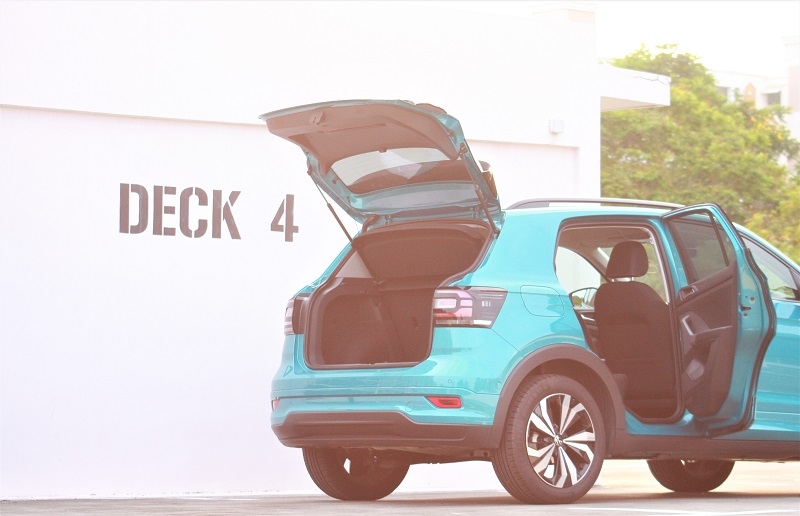 In a nutshell. Frankly, the Volkswagen T-Cross has a lot going for it - enough firepower for the daily grind, appropriate handling characteristics, a lovely exterior and a surprisingly stylish, practical and sorted cabin. While the official combined fuel consumption is 18.5 km/L, I managed a more real-world 11 km/L (which is still acceptable by my standards, considering I’m living with 8 km/L at best with the Subaru). 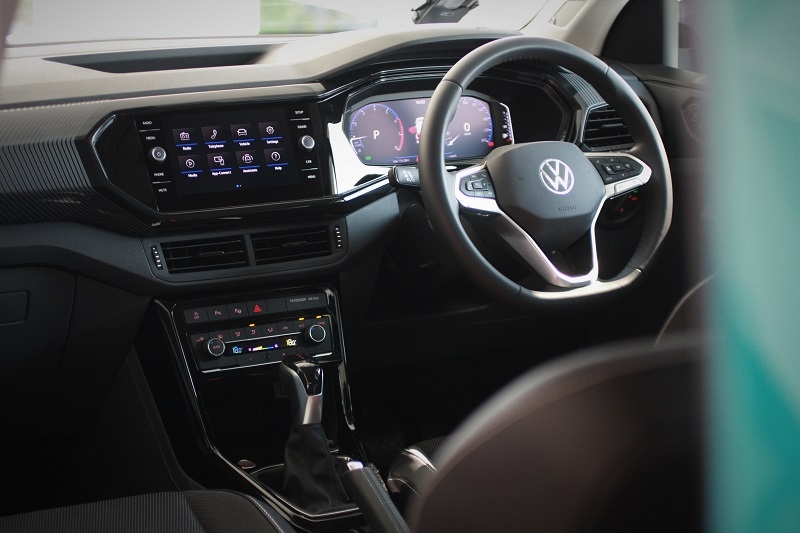 Am I going to sign on the dotted line for one? Not yet, though. If you’re wondering why, here’s the reason: Renault Captur. Let me try that one first, and then get back to you which one I’d put my savings down for…