A Huayra for the track

Remember the Pagani Zonda R, all the way back from 2009? It was a ridiculous machine, designed to take on the likes of the Ferrari FXX and Maserati MC12 Corsa. Sharing only 10% of the road-going Zonda’s components, the Zonda R was powered by a 740 bhp V12 engine sourced from the Mercedes-Benz CLK GTR.

Now, 12 years on, Pagani has taken the same template and applied it to the Huayra, albeit at a more extreme level. Despite sharing the Huayra nameplate and looking somewhat like the street-legal version, the Huayra R shares almost no components with it.

Designed from the ground up in partnership with HWA AG – the same people who helped in the construction of the CLK GTR road car – the Huayra R features a new chassis, powertrain and aerodynamic package.

At the heart of it all is the new bespoke V12 powerplant, producing 838 bhp at 8250 rpm and 750 Nm of torque between 5500-8300 rpm. It’s the most powerful naturally-aspirated V12 Pagani has ever utilised, with 99 bhp and 40 Nm more than the Zonda R. Best of all, these lofty figures are delivered by a featherweight package that weighs just 198 kg. 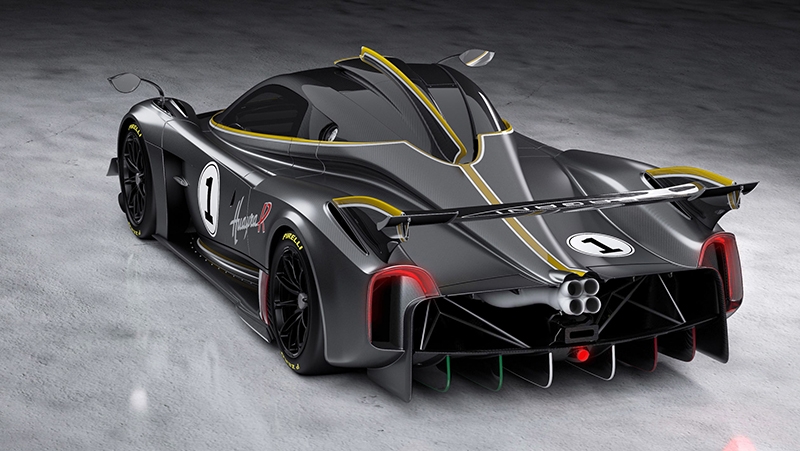 Putting that power to the ground is yet another bespoke component designed by HWA, a lightweight 6-speed sequential gearbox. Like other track only cars of the same calibre, such as the GMA T.50s, the Huayra R’s gearbox is a stressed member of the chassis, which adds torsional rigidity.

Paganis have always been known for their, ahem, crisis-inducing exhaust notes, thus the Huayra R has an exhaust system to extract as much performance and sound as possible. Made with extremely lightweight Inconel, the tubes are ceramic-coated and are just one-third the thickness of regular road car exhaust systems. For that high-pitched, F1-like wail, a unique manifold design and equal length pipes have been used. 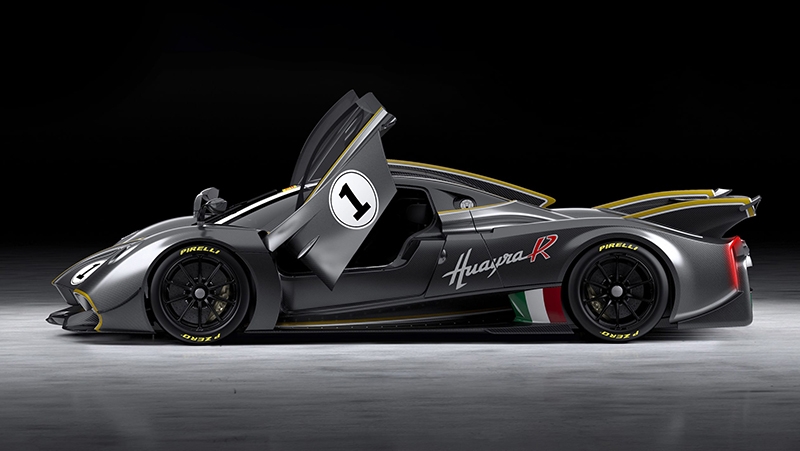 Underpinned by a Carbo-Titanium and Carbo-Triax monocoque, the Huayra R’s dry weight comes in at a featherweight 1050kg. That’s 20kg lighter than the Zonda R, for an astounding power-to-weight ratio of 810 bhp per tonne.

Gone is the road-going Huayra’s fancy active aero system, now ditched for a static, motorsport-inspired setup. Pagani claims that with a flat underfloor, aggressive diffuser and large rear wing, the Huayra R produces one whole tonne of downforce at 199mph (320 km/h). There’s also a near-perfect balance of downforce, with 46% at the front and 54% at the rear. 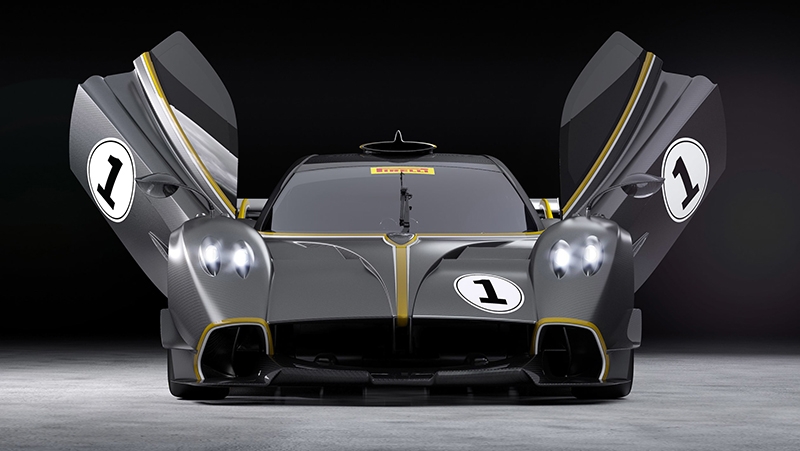