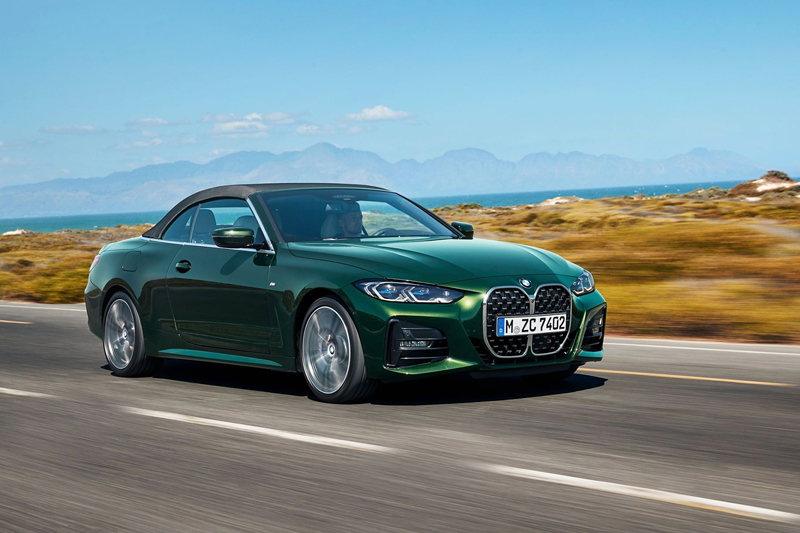 With a new, lower-slung silhouette, 50:50 weight distribution and a soft top that’s 40% lighter than the outgoing model, the new 4 Series Convertible looks set to drive as well as it looks.

We answer six key questions we know you're asking in your head.

Oh no, why that nose again?
Well, if you really don’t like it, look elsewhere. But to us, the new grille is starting to look rather decent. It’s unmistakably a BMW and forms a large part of the 4 Series’ identity. See it in real life, who nose, it might grow on you. 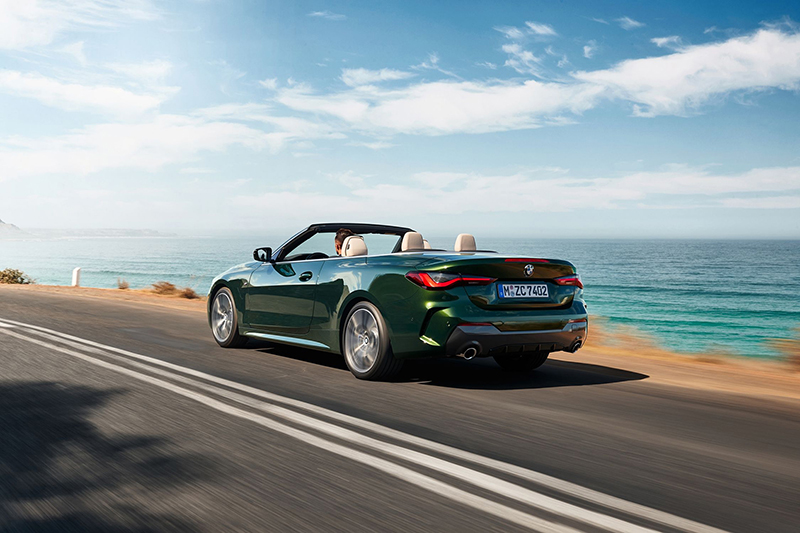 Eh? Wasn’t the old car a hard-top?
Yup, it was. But BMW says the new soft-top is just as well-insulated, pretty much just as strong, yet boasts the ‘puristic appeal’ of a fabric hood. We kinda agree. Convertibles should have a soft-folding roof that you can still operate when on the move (hard tops tend to not allow that). All it takes is 18 seconds, and it can be quickly opened and closed while travelling at speeds of up to 50 km/h. The new top is also 40% lighter than the predecessor, with better acoustic and thermal comfort compared to a conventional soft top. It will come in black as standard and Anthracite Silver effect as an option. 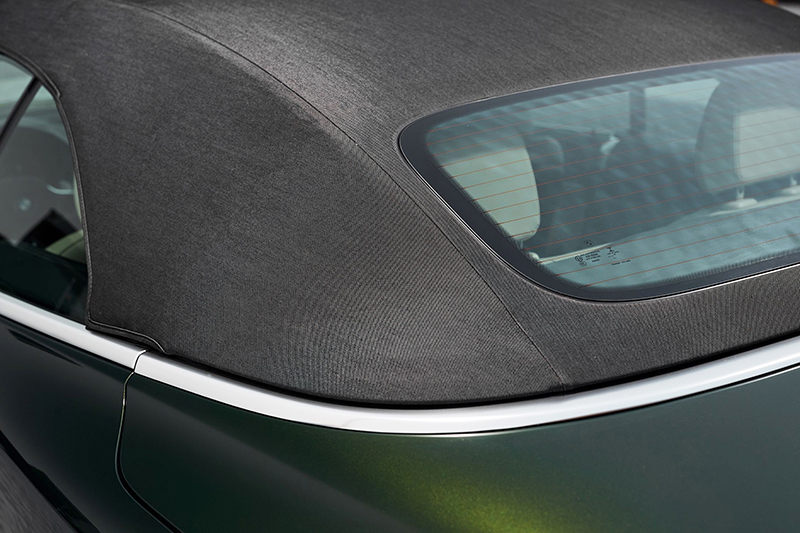 So what else is different about this new one?
The boot is a little larger for one thing, it offers 15 more litres (now at 385 litres) when the roof is closed. The tracks are wider too, with an additional 28 mm at the front and 18 mm at the rear. 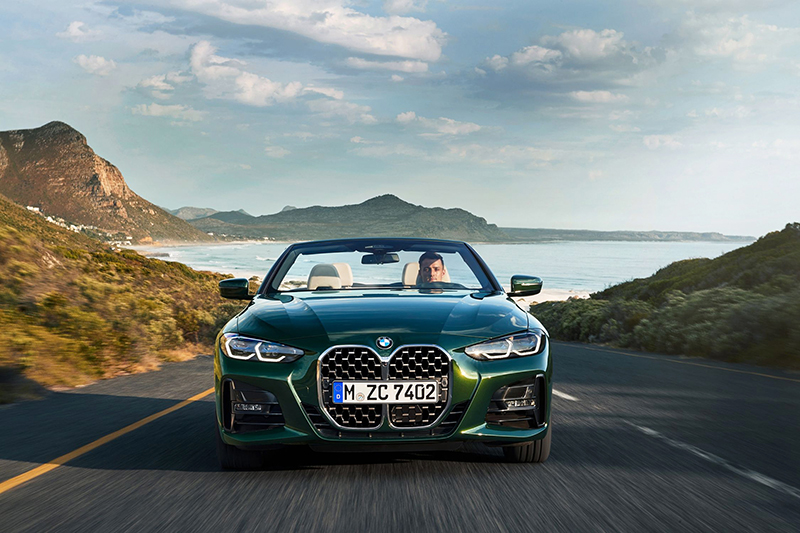 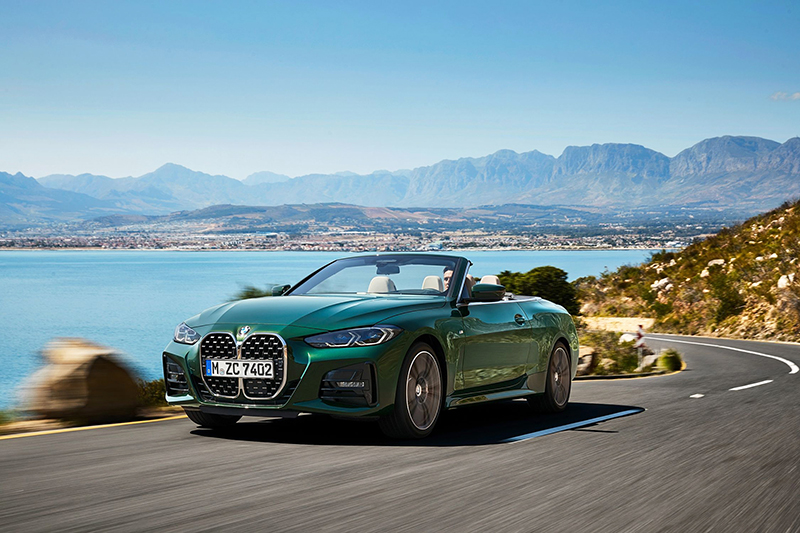 Will it be nice to drive?
With a 50:50 weight distribution, increased structural rigidity and weight savings from the roof, we think so. The new car benefits from a stiff body structure with additional convertible-specific bracing and revised suspension mountings. An additional pair of struts for reinforcing the vehicle’s rear end gives it superior straight-line stability and greater poise under high lateral acceleration. 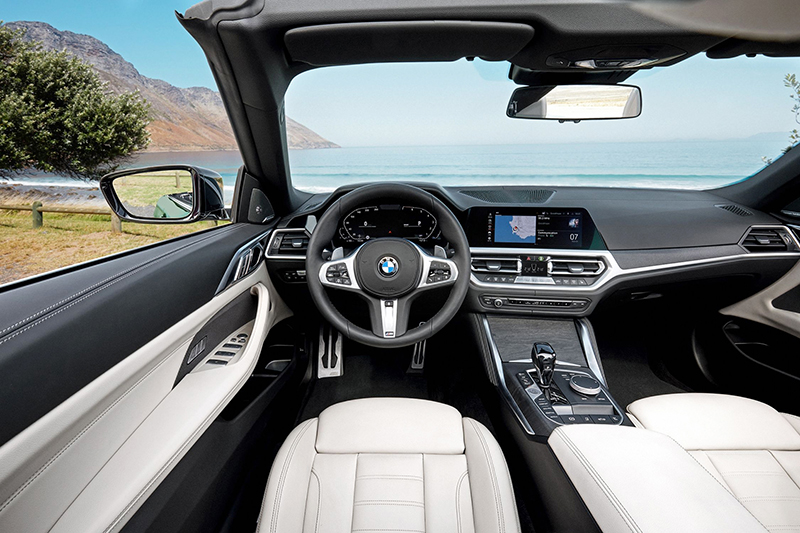 Other model-specific features for the convertible include side skirts with extreme torsional rigidity, a double heel board, an aluminium shear panel low down in the front end, a reinforced transmission tunnel in the rear compartment and a likewise extremely rigid floor plate at the rear. As a result, static torsional rigidity of the new BMW 4 Series Convertible is up by four per cent overall compared to its predecessor. 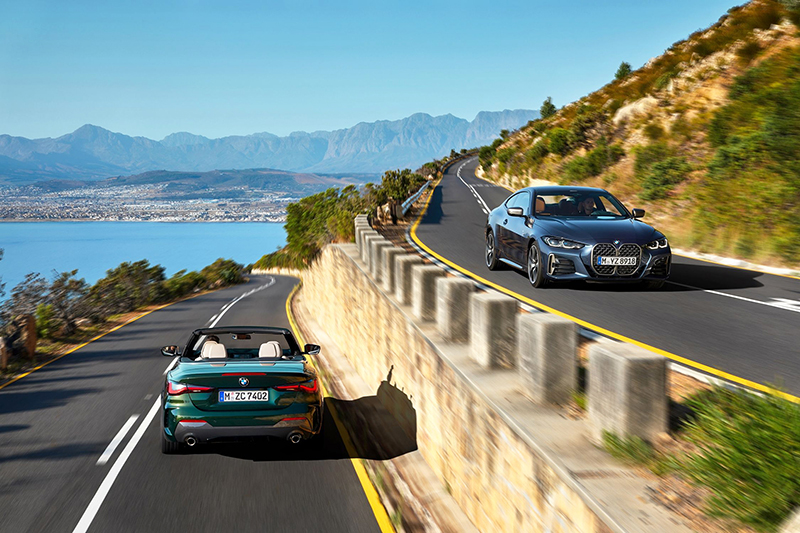 Which models will we get here in Singapore?
At launch, you’ll have a choice of the 420i Convertible with a four-cylinder turbocharged petrol engine, capable of squeezing 184 hp and a maximum torque output of 300 Nm, or the 430i Convertible with 258 hp and 400 Nm of torque. Both cars use an eight-speed Steptronic transmission and will accelerate from nought to 100 km/h in 8.2 seconds and 6.2 seconds respectively. 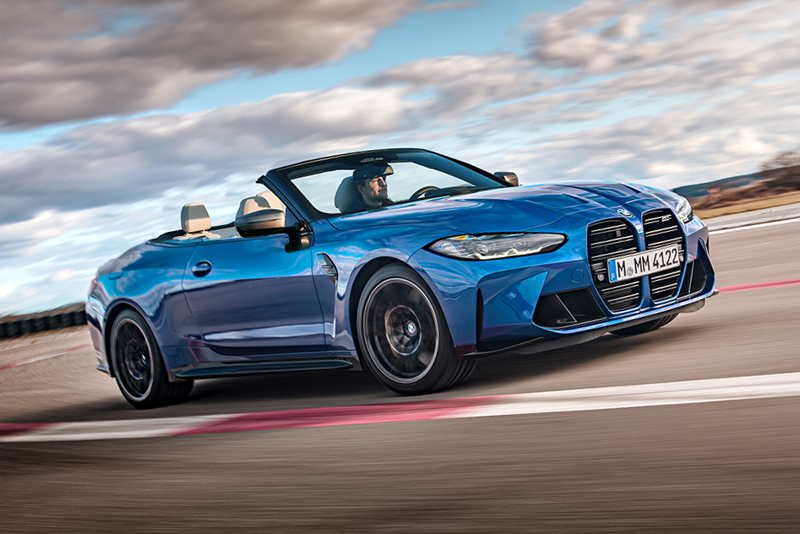 Our in-house rendering of the 2021 M4 Convertible

Will there be an M4 Convertible?
Yes. Expect to see it launched globally at the end of Q2 or the start of Q3.