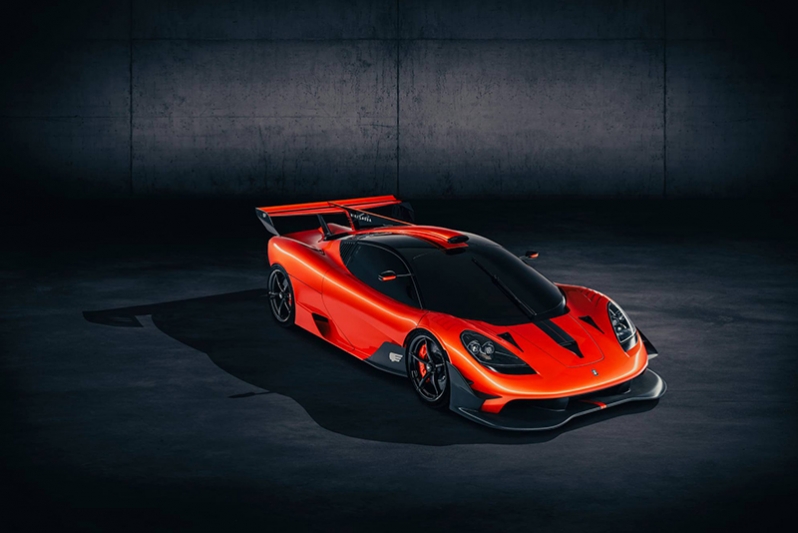 Niki Lauda's name has been immortalised on a car, and what a car it is. Say hello to the T.50s, the track-only version of Gordon Murray Automotive's idea of the ultimate road car.

"When we set out to do T.50, we absolutely wanted to make the best engineered sports car, and the best driving experience, full stop. That was it. Now, T.50s is not a variant or a version of T.50, but what I call a parallel design. It has exactly the same drive, feel, ethos as the road car, but to make the very best track experience, without any compromise at all," Gordon Murray says. 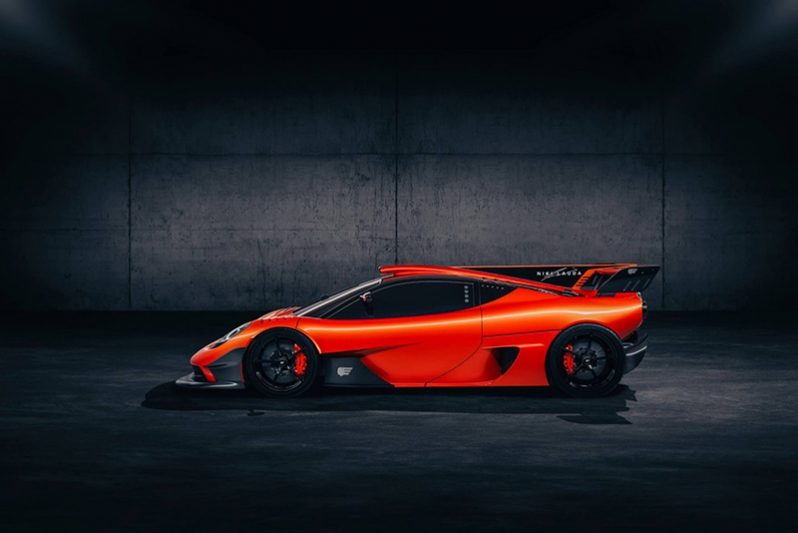 Revealed on what would have been the triple world champion's 72nd birthday, the specs of the GMA T.50s Niki Lauda make for reading that we might never ever see again in an automotive world that's speeding headlong (perhaps even recklessly) into electrification. 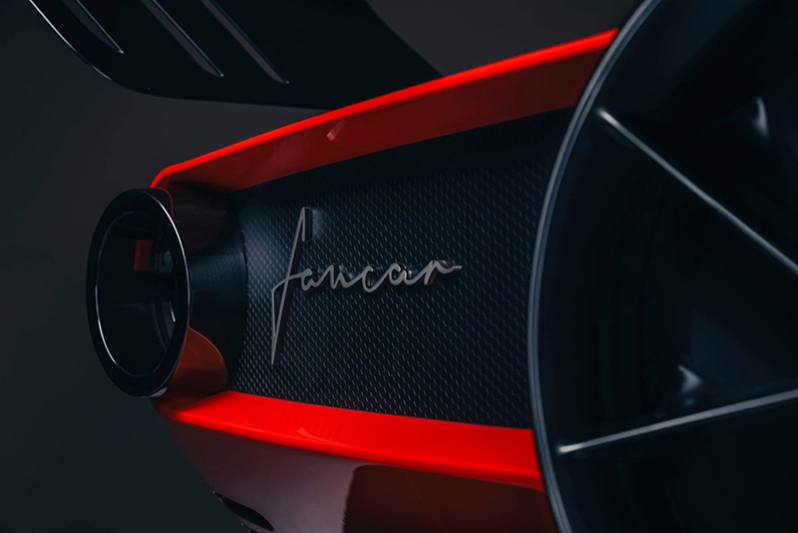 Power from the 3.9-litre Cosworth-developed naturally-aspirated V12 has risen from the T.50's 650hp to 725hp@11,500rpm, and torque from 450Nm to 485Nm@9,000rpm, courtesy of a new ram-air intake, individual throttle bodies, thinner Inconel exhaust sans catalytic converters, and revised camshafts and cylinder heads that result in an incredible 15:1 compression ratio. Naturally, the engine's stratospheric 12,100rpm redline is still in place, delivering what will surely be one of the greatest noises in the history of internal combustion. The gearbox meanwhile, is a bespoke six-speed paddleshift affair by Xtrac. 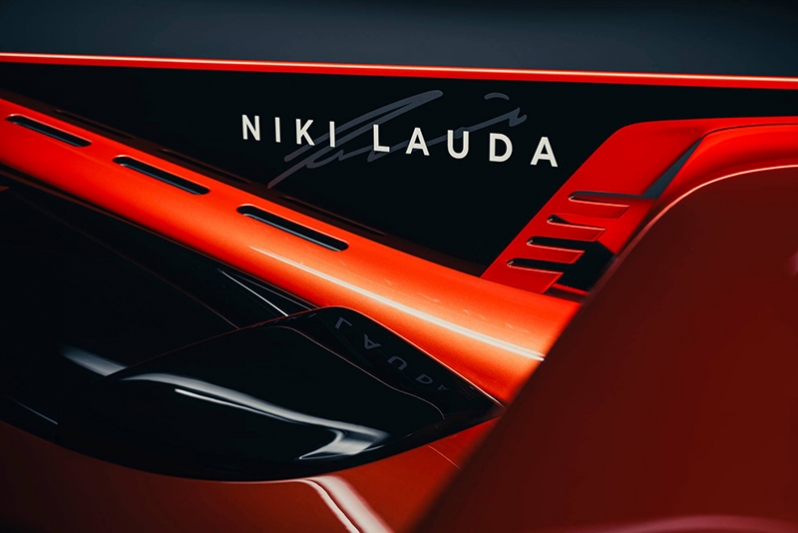 Unsurprisingly, weight has been pared back compared to the road-going T.50, from 986kg to 852kg - lighter than a Lotus Elise, giving a power to weight ratio better than that of an LMP1 race car. 16kg of those savings come from the engine itself, which was already the lightest road-going V12 ever made; it now weighs just 162kg. 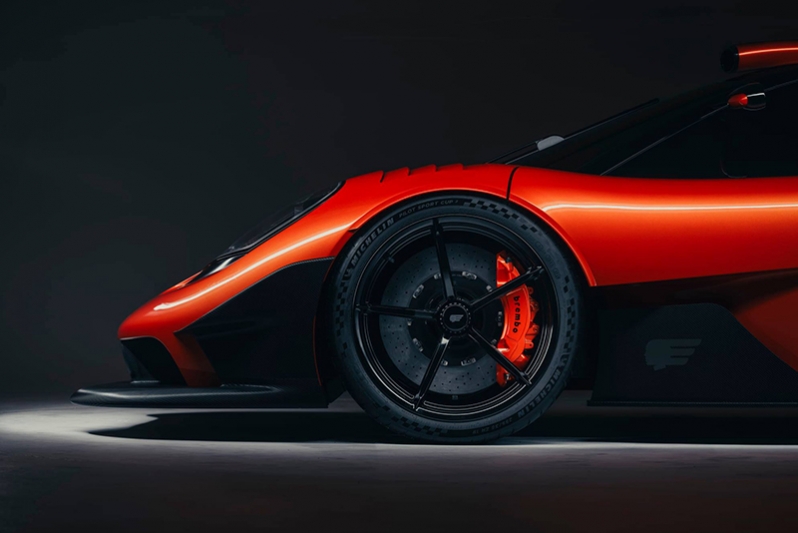 The most mind-melting figure though, is probably the 1,500kg of downforce the T.50s Niki Lauda produces. 1.5 tonnes. That's the equivalent of a whole family sedan pushing down on the featherweight car at speed. "At one point we were achieving 1,900kg of downforce," says Gordon Murray, "but we backed it off to 1,500kg to make the car more manageable for the owners.” 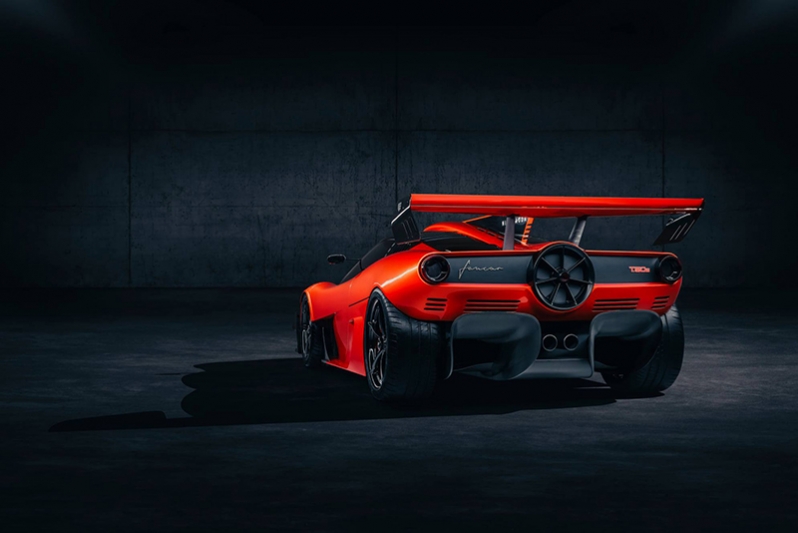 The starring attraction is obviously the 400mm fan that produces a ground-effect which sucks the car to the road, but there's also a massive front splitter, barge boards, central "shark fin", a diffuser that's half the height of the car's rear end, and a 1,758mm rear wing that mimics the shape of the front wing on the Murray-designed Brabham BT52 F1 car from 1983. All in, Murray says the T.50s will be able to pull 2.5G around a 240km/h corner, 3.5G under braking, and theoretically be able to drive upside down above 270km/h. 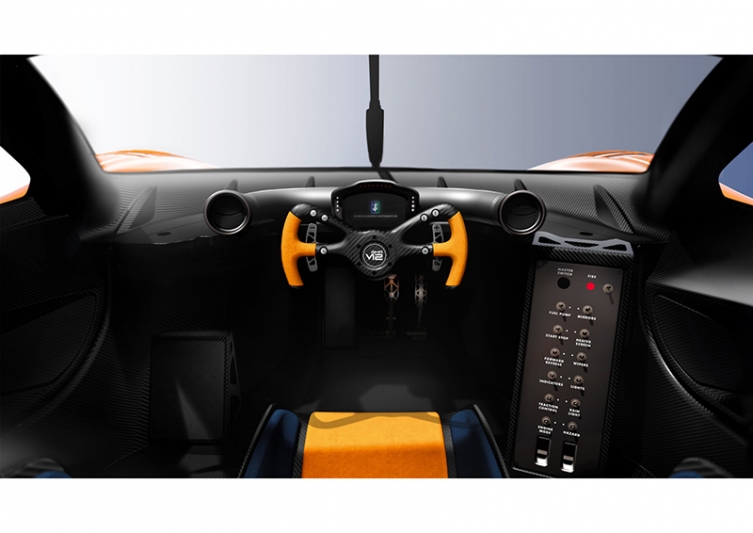 The T.50s' no-compromise nature can be seen in the skeletal form of the rectangular carbonfibre steering wheel, shift paddles, and pedal box, as well as in the compact digital . The central seating position still remains, though there's only one passenger seat available on the left; the space on the right is occupied by a fire extinguisher system, and a bank of toggle switches just like on the McLaren F1 GTR. 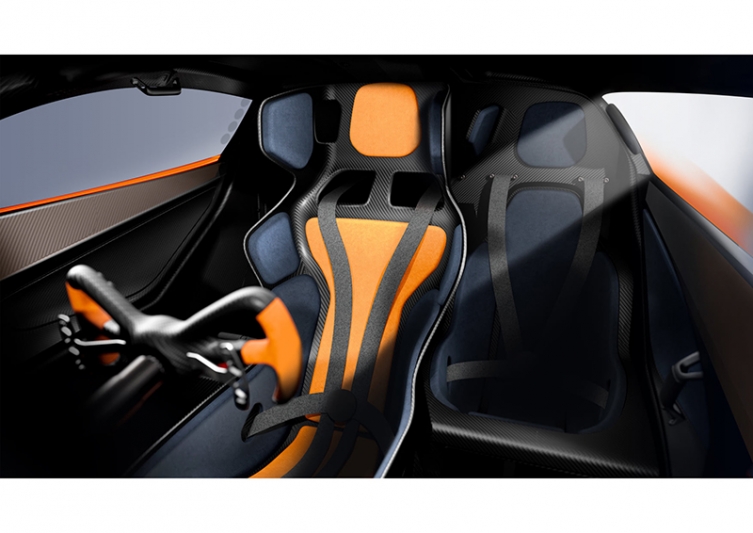 Just 25 units of the T.50s Niki Laudas will be made at a cost of £3.1m (S$5.8m) before taxes, after the standard T.50's 100-strong production run is completed. Each car will be individually named after a race victory by one of Murray's Formula One cars - chassis #1 being designated "Kyalami 1974", although we reckon #05 "Andersdorp 1978" and #21 "Suzuka 1988" will be the most sought-after units. Each car will also come with a specially commissioned book about the race it's named after, with Murray’s views and memories of the victory. 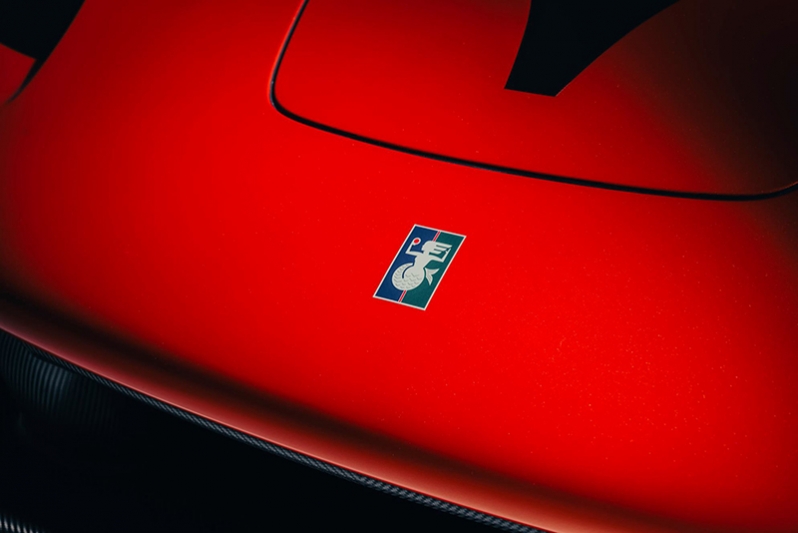 And for those wondering about the Niki Lauda connection and tribute: he was a good friend of Murray's, with the relationship starting when he drove for the Brabham F1 team in 1978 and 79 where Murray was chief designer. This includes winning the 1978 Swedish Grand Prix in the legendary BT46B "fan car" that directly inspired the T.50s' design, dominating to such an extent that the protests from rival teams forced Brabham to withdraw the car subsequently.