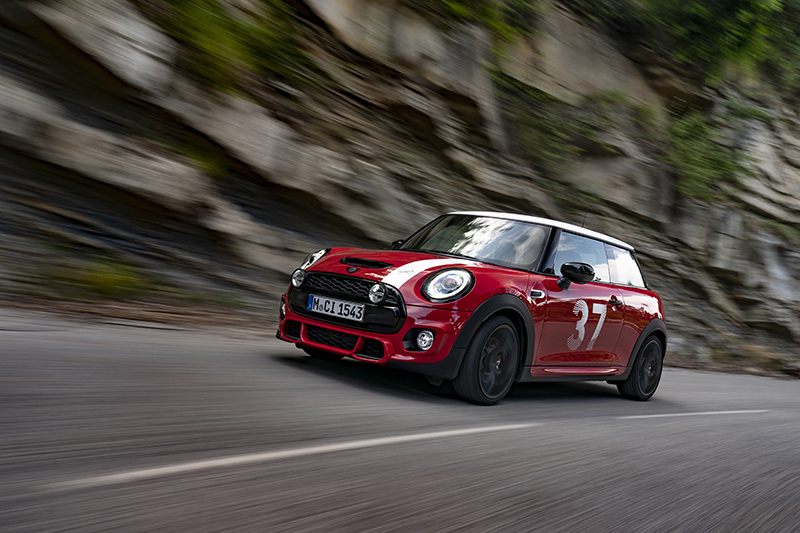 Only 5 MINI Paddy Hopkirk Edition Cooper S models will be made available in Singapore.

To commemorate the first triumph of the classic Mini at the legendary Monte Carlo Rally in 1964, MINI Asia and Eurokars Habitat are proud to introduce five units of an exclusive special model – the MINI Paddy Hopkirk Edition. 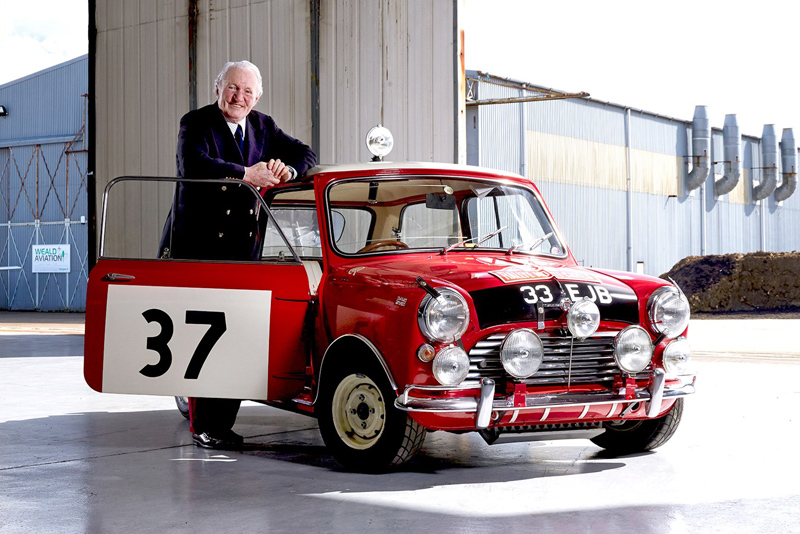 In his honour, MINI now presents an edition model with the winning car’s start number 37, which is featured in stylised form on the driver and passenger doors of the edition model. Like the famous starting number and the powerful engine, the body finish in Chili Red and the white roof of the edition model are inspired by the historical model. 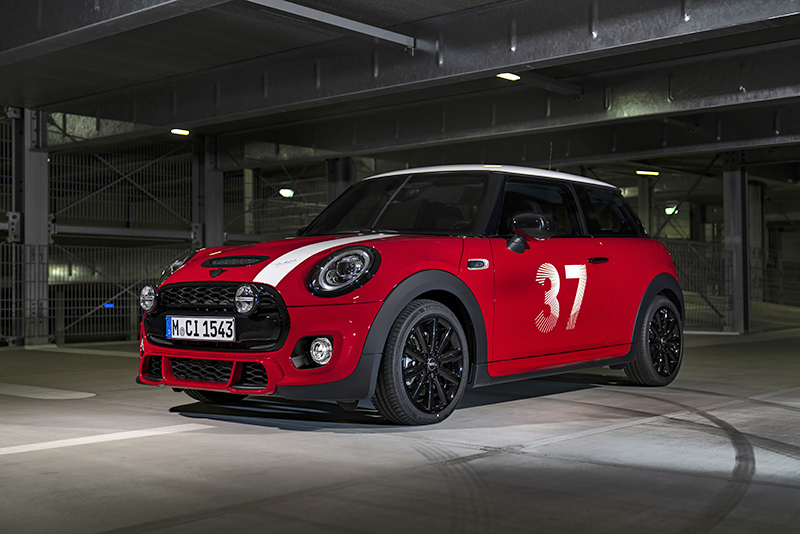 The winning streak at the Monte Carlo Rally continues to inspire MINI fans all over the world to this day. With the MINI Paddy Hopkirk Edition, they now have the opportunity to express their passion for racing in a particularly authentic way. The edition model combines its exterior paintwork in the style of the historic rally winner in a market-specific manner with 17-inch John Cooper Works light-alloy wheels in Track Spoke Black design and numerous other accentuations in dark colours. 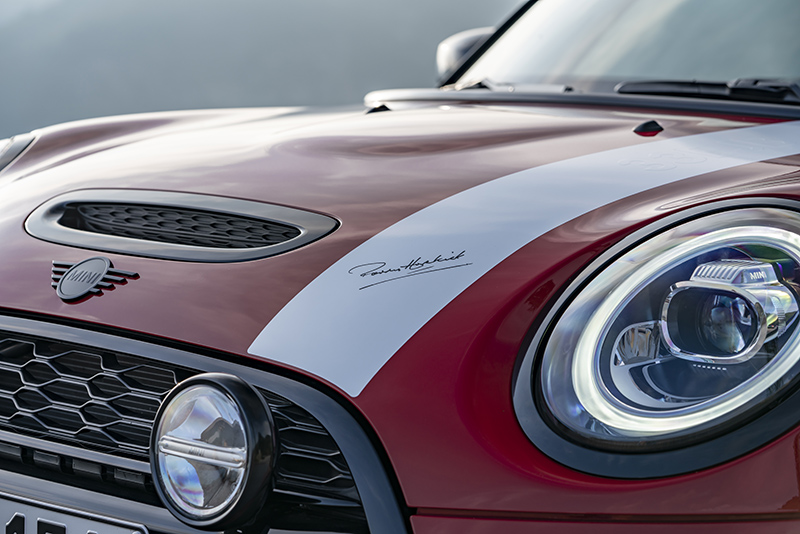 The frame and horizontal brace of the radiator grille are finished in high-gloss black, as are the inserts for the lower air intakes, the opening in the bonnet, the door handles, the fuel filler flap, the tailgate handle, the MINI logos at the front and rear as well as the surrounds for the headlights and rear lights. 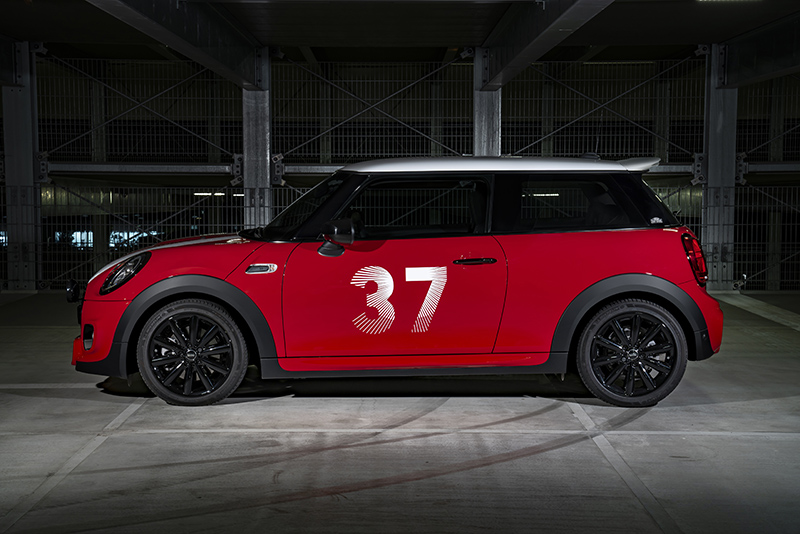 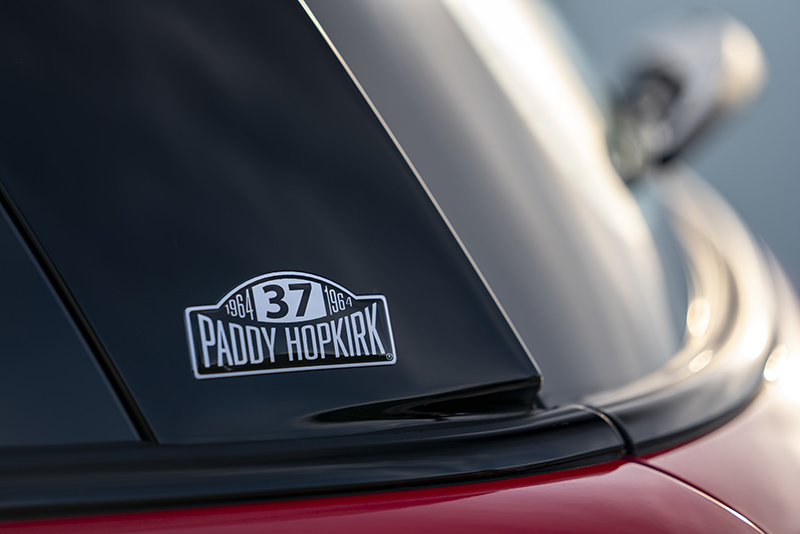 The start number 37 also appears on the side indicator elements known as side scuttles. Other unmistakable features on the exterior are the LED headlights and the rear lights in Union Jack design, stickers with the inscription “Paddy Hopkirk Monte Carlo” and a single white bonnet stripe on the left side of the bonnet, which like the tailgate of the edition model bears the signature of the 1964 “Monte” winner. 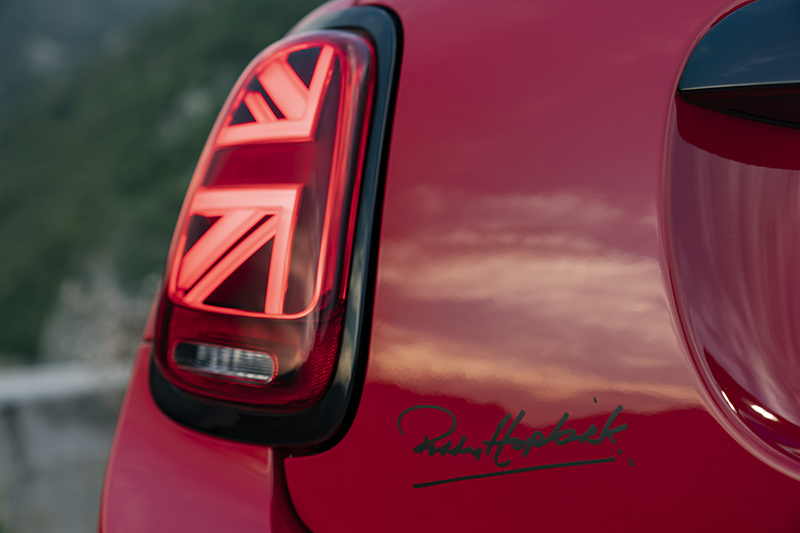 In addition, the famous number and letter combination 33 EJB of the number plate of the 1964 Monte Carlo winning car is shown on the bonnet strip using 3D effect graphics. 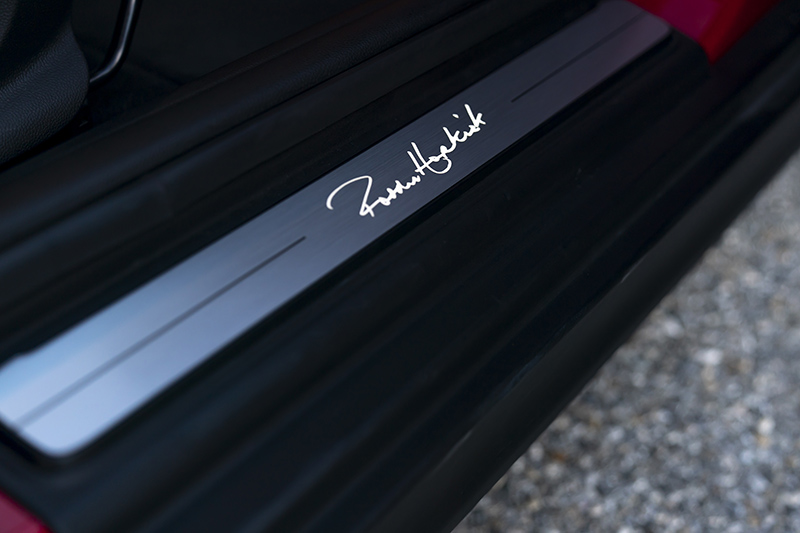 Hopkirk’s signature also appears on the decorative trim strip on the passenger side, which forms part of the Piano Black high-gloss interior surfaces. Another exclusive design feature is the MINI LED entry sills bearing the name “Paddy Hopkirk”. 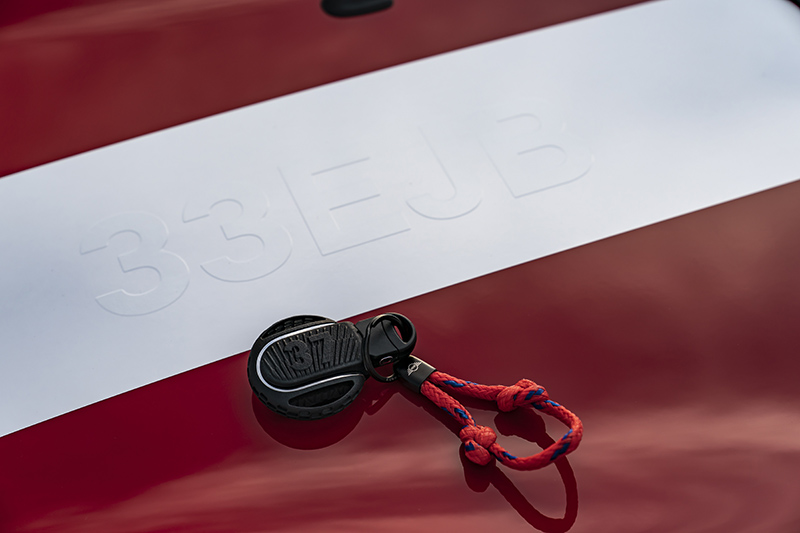 The MINI Excitement Package and Comfort Access are also included in the MINI Paddy Hopkirk Edition. Auxiliary headlights in Piano Black, a key cap with the start number 37, and the Waistline Finisher in Piano Black for the trim strips between the body and the greenhouse all come as standard. 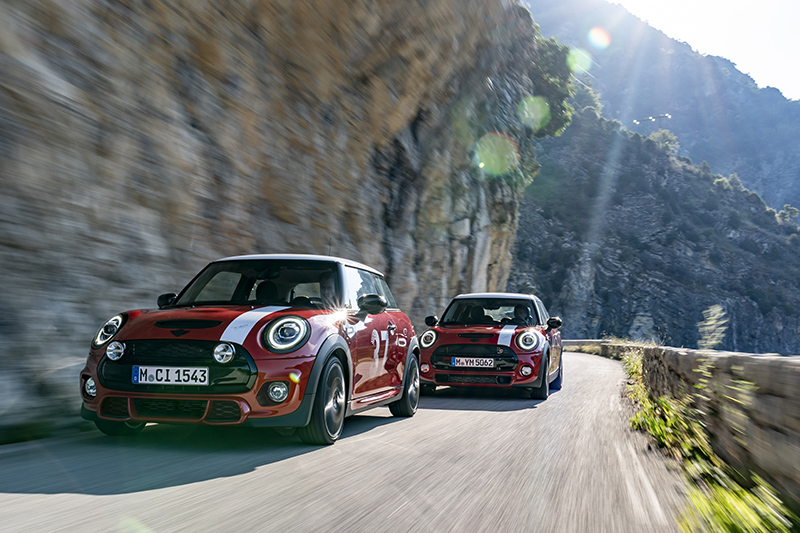 Want to celebrate motorsports history in a modern way with this limited edition model? Hurry down to Eurokars Habitat. With only 5 pieces of this available (in total), we suspect they’d be gone faster than you can say ‘MINI Paddy Hopkirk Edition’! 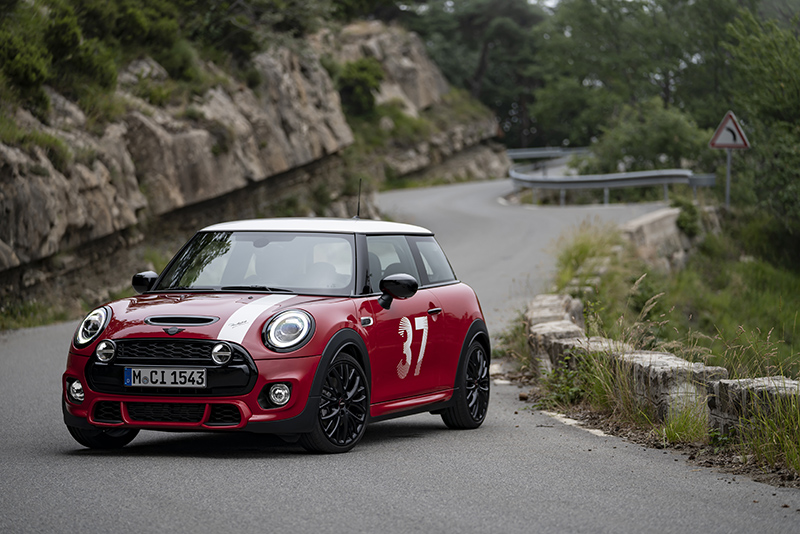