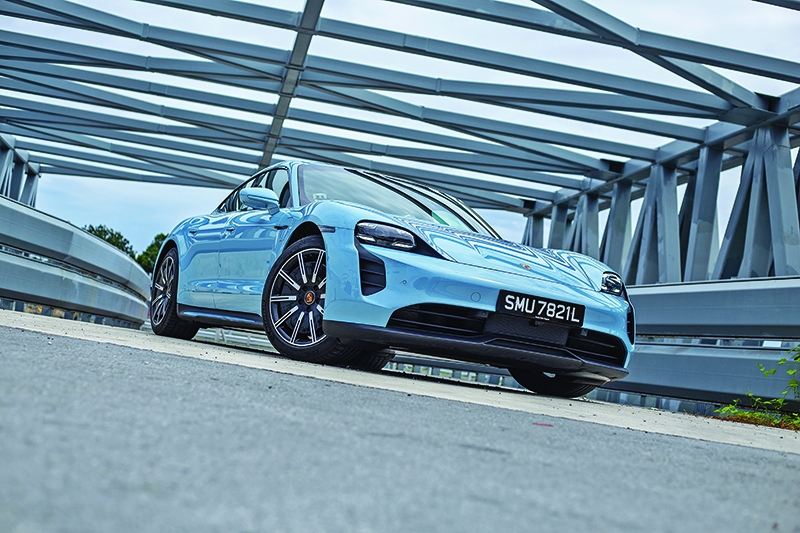 Much has been said about the higher-end Taycan Turbo and Turbo S. This entry point to an all-electric Porsche however is probably the best real world option.

However if you really want the full warp drive experience, there’s a sequence of setting the car up first: put it in Sport Plus Mode, hold the brake firmly with your left foot, and nail the accelerator to the carpet with your right foot until “Launch Control Activated” shows up in the driver’s display. This then sets the electric motors to unleash a maximum combined total of 571hp and 650Nm of torque when the brake pedal is released.

The rest of the time, the Taycan 4S’ power output reverts to a more sustainable 490hp. 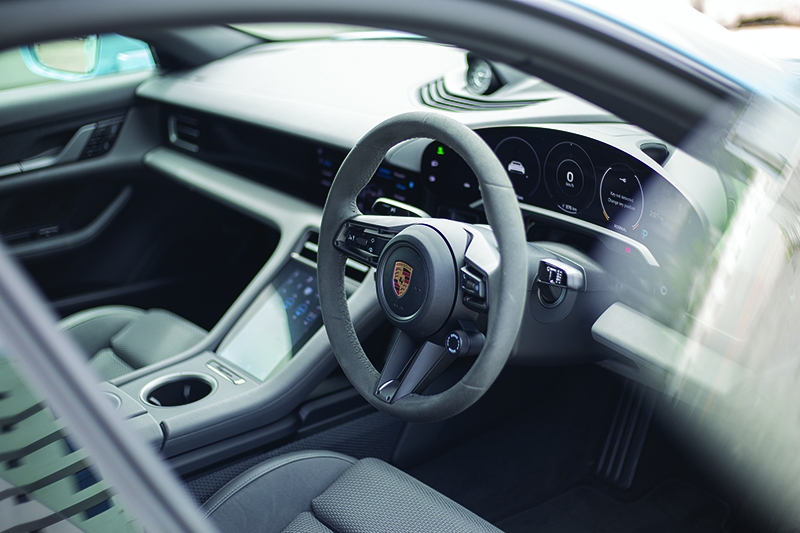 Although there are already countless Taycan YouTube reviews out there, what I was really after was a more complete picture. Acceleration is a given here. But can an EV render a drive that’s as emotional and involving as a typical Porsche like the 911, the iconic sports car that’s the heart and soul of everything the German automaker does?

A great drive is like cooking a great dish: the ingredients, techniques and conditions have to come together to be perfect. Think about your best drives in an ICE car; now take away the sound; then remove the vibration and bit of wheel slip, along with blips of the throttle and the satisfaction of timing gearshifts to perfection. Would the drive still be anywhere near as memorable without these individual events?

The Taycan tries to make up for some of these deficiencies with an optional feature called Porsche Electric Sport Sound. For S$2,036, this feature augments the sound from the electrical motor. But I find it a bit contrived, and to this writer’s ears, the car sounds better au naturel. 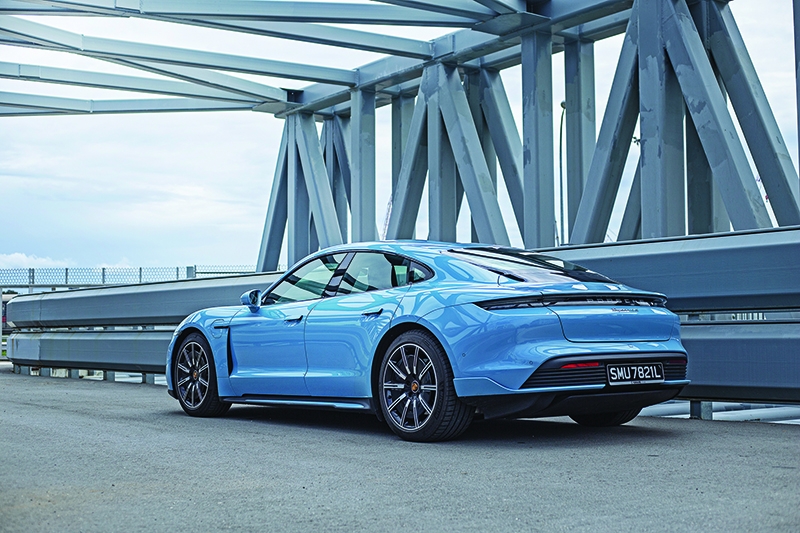 Speaking of authenticity, I find the Taycan 4S a much more attractive proposition compared to the more expensive Turbo and Turbo S versions. Namely because calling an EV a ‘Turbo’ makes no sense as it doesn’t have an engine, much less a turbocharger...

Honestly though, I think we’re reaching the acceptable limits of how fast road cars really should be. Stories already abound of passengers suffering from whiplash after drivers of the Taycan Turbo S tried to demonstrate what going from 0 to 100km/h in 2.8 seconds feels like. So while the 4S tested here might be the ‘slowest’ in the Taycan range with a 0-100km/h time of ‘only’ 4.0 seconds, it at least doesn’t feel like a lawsuit waiting to happen. 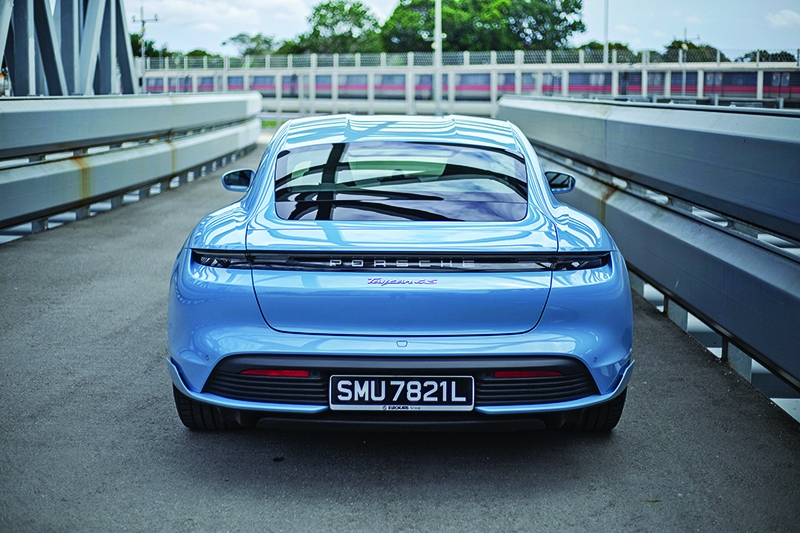 In terms of driving dynamics, Porsche has unsurprisingly nailed it with the Taycan, managing to make it feel much more agile than any 2.2-ton car has a right to. You simply don’t feel its mass as it goes, stops and changes direction with the sharpness of a prize fighter.

The more you drive it, the more you can tell that Porsche wanted to make the Taycan feel as organic and car-like as possible. There’s no one-pedal operation, for example; take your foot off the accelerator and the car just wants to coast endlessly. There’s a more aggressive energy recovery setting that feels like there’s some engine braking, but it doesn’t feel as intrusive as some other EVs we’ve driven.

One must-have option if I were specifying a Taycan for myself is the Performance Battery Plus that increases the battery capacity from 79.2kWh to 93kWh. Basically, it’s a $26,536 option for more range which by Porsche’s estimates, should be good for another 50km in local driving conditions. Given that we drove this car pretty hard, and that we covered more 350km over two days without needing to recharge the battery, I’d say that Porsche’s claims of a 350km-400km are quite realistic.

Porsche is renowned for its extravagant options list, so a bigger battery for more than S$26k actually seems fairly sensible, especially compared to the S$32,418 the company charges for the 21-inch “Taycan Exclusive Design with Aeroblades Carbon” wheel option. That said, the wheels do make for a mighty temptation once you’ve seen how good it makes the car look.

What is inexcusable however is that for a car with a base price of almost S$486k, you still have to cough up another S$1,211 for electric folding mirrors! And considering that the 60 percent cheaper Porsche Cayenne can be optioned with self-closing doors that pull themselves shut, the absence of this feature on the Taycan is surprising, to say the least.

That’s because at this performance level and price point, comparisons will inevitably be made with the various Tesla models. While the Model S is over 10 years old and lags behind in terms of build quality, newer – and cheaper – offerings such as the Model 3 have not only improved, but also offer features like electric doors and Tik Tok-worthy Easter eggs that add another dimension of fun which the straight-laced Taycan misses out on. For most of those inclined towards EVs, it’s gimmicks like these that (unfortunately) matter more than proper performance. 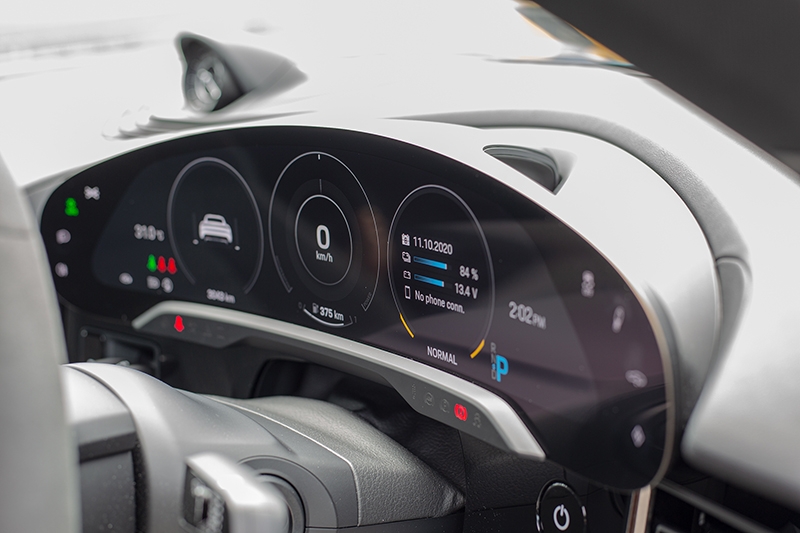 When all is said and done, a Porsche Taycan 4S specified just the way you want it can easily set you back over S$600k. That’s nowhere near the ridiculousness the online Porsche Configurator will allow, however. I implore you to give it a go if you have time to kill - you’ll be thoroughly entertained, I guarantee it. 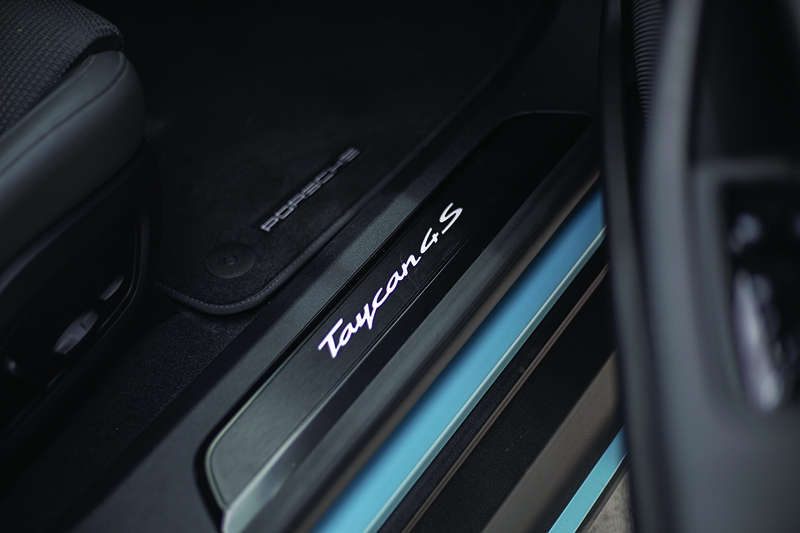 And even after you’ve forked out the money to put a Taycan on the road, you’ll have to continue forking out more to keep it there. The ridiculous EV taxation in Singapore is no fault of Porsche’s, but is still something a Taycan owner would have to deal with every year: the 4S with the upgraded battery has an annual road tax bill of S$5,088, equivalent to something with a 4.7-litre petrol engine. It gets worse though, as a Taycan Turbo would be liable for S$6,808 in road tax per year, and if you want a Turbo S, prepare to pay S$7,747 (or the same as a 6.4-litre V8 Jeep) annually. 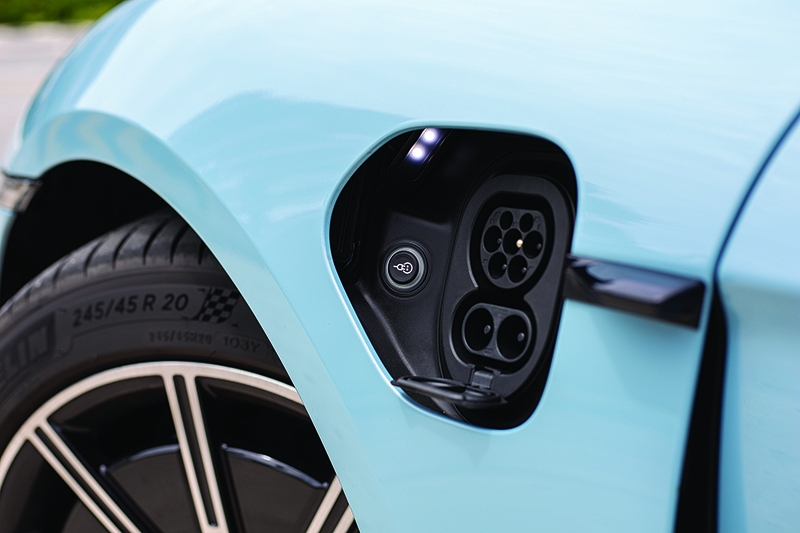 If you’re reading this magazine, there’s a good chance you’re a ‘car person’ and love the smell of 98 Octane petrol in the morning. However if you want to make the switch to electric, the Porsche Taycan is the type of EV you want. This is what the future looks like, folks. 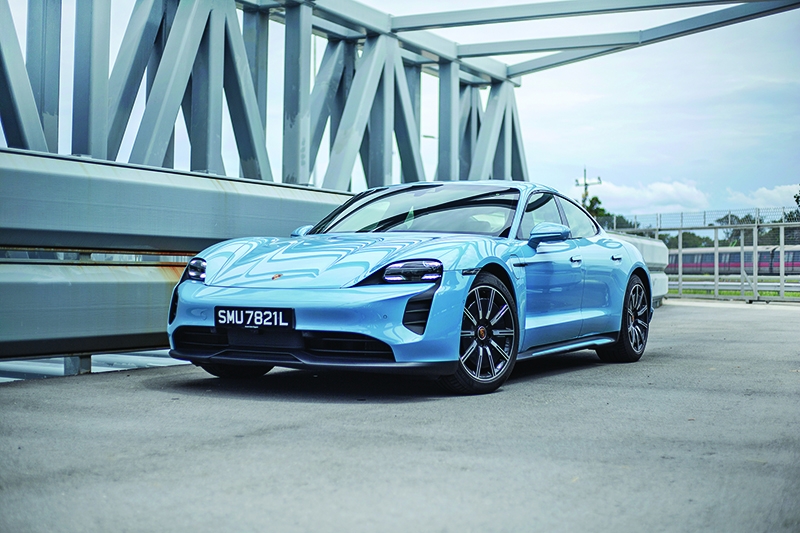