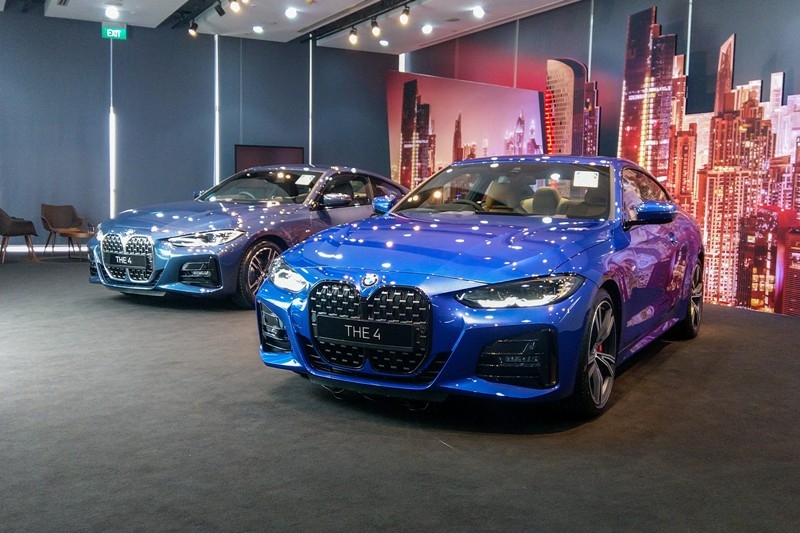 420i and 430i models are the launch variants for BMW’s new coupe, which sports a controversially bold new design

BMW's reputation was built on the desirability and performance of its sporting coupes, and the new 4 Series is the latest entry in a long and celebrated lineage.

It's also just been launched in Singapore, less than half a year after its initial global debut, and these are the most important things local buyers need to know about the car.

The most important figure is the price. The two launch models, the 420i and 430i, are available with just one trim variant each (M Sport and M Sport Pro). Both cars pack a 2.0-litre four-cylinder engine in differing states of tune: 184hp/300Nm, and a 0-100km/h time of 7.5 seconds in the 420i, and 258hp/400Nm/5.8 seconds in the 430i. The gearbox is the same for both as well, an 8-speed automatic, although the 430i gets a Sprint function that, at a single pull of the shift paddle, drops the transmission into the lowest available gear for maximum acceleration. 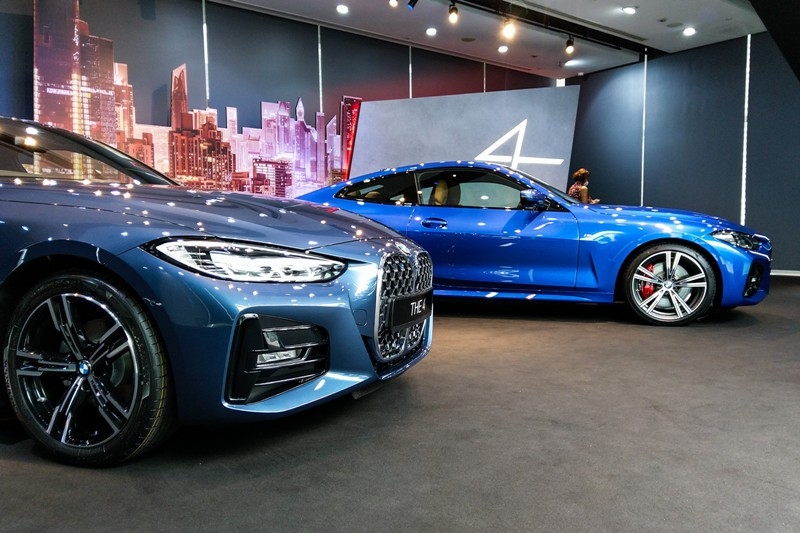 Respectively, the pair cost S$218,888 and S$266,888 with Certificate of Entitlement, which makes the 420i M Sport surprisingly S$8,000 cheaper than the equivalent 3 Series on which it’s based (the 330i is currently not on BMW’s price lists); almost never do you see a style-led, more emotional variant being priced lower than the more conventional sibling it’s based upon. 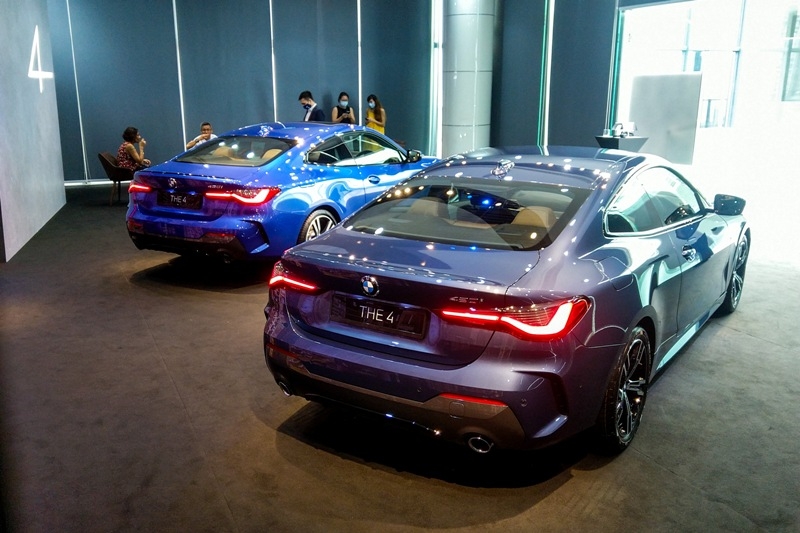 Speaking of style, it’s impossible to ignore the elephant in the room here: the 4 Series’ styling. Much has already been said of this controversial new look, and in the interests of partiality we won’t dive into this particular topic here, save to say that, more so from the side profile and rear end than the front, it certainly looks like how you’d expect a BMW coupe to. 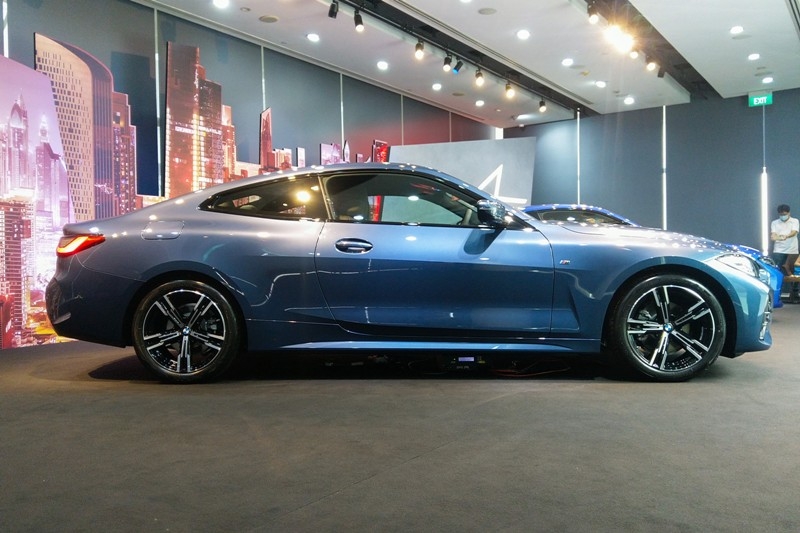 There is method behind the madness, however: the company’s reasoning behind the change was to impart a clearer distinction between 3 and 4 Series, saying that the generally more extroverted character of coupe buyers would appreciate a bolder, more in-your-face look. 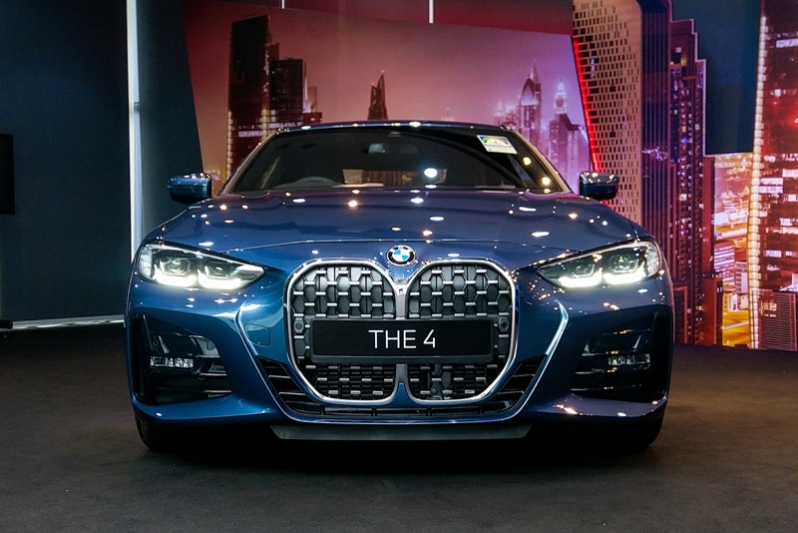 The car is noticeably lower, wider, and longer than its sedan counterpart. The resulting widened wheel tracks and lowered centre of gravity would certainly add stability and give the 4 Series a more planted feel than the 3 Series, and provide what we’re fairly certain would be class-leading handling. 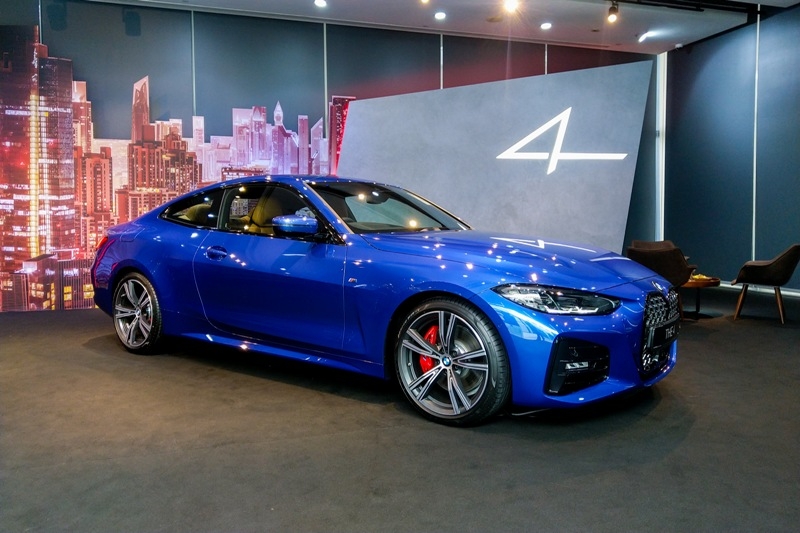 On the topic of dynamics, one feature stands out in the options list that would be of immense interest to keen drivers: a limited-slip differential, which helps with traction when powering out of corners, as well as makes the car easier to drift. This is only in conjunction with the Adaptive M Suspension, which is standard fitment on the 430i M Sport Pro; it’s not currently clear if this can be optioned on the 420i as well (it gets fixed-rate M Sport suspension instead). 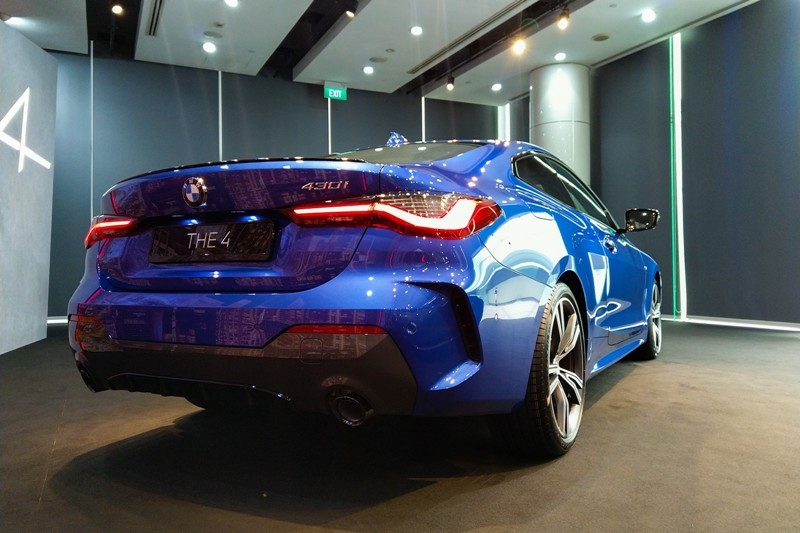 Other points of difference between the 430i M Sport Pro and the 420i M Sport include larger 19-inch wheels (18-inch on the 420i M Sport), M Sport brakes with red calipers (standard on 430i, optional on 420i), a head-up display, a bootlid lip spoiler, figure-hugging M Sport seats, a Harman Kardon sound system, and a panoramic glass sunroof. 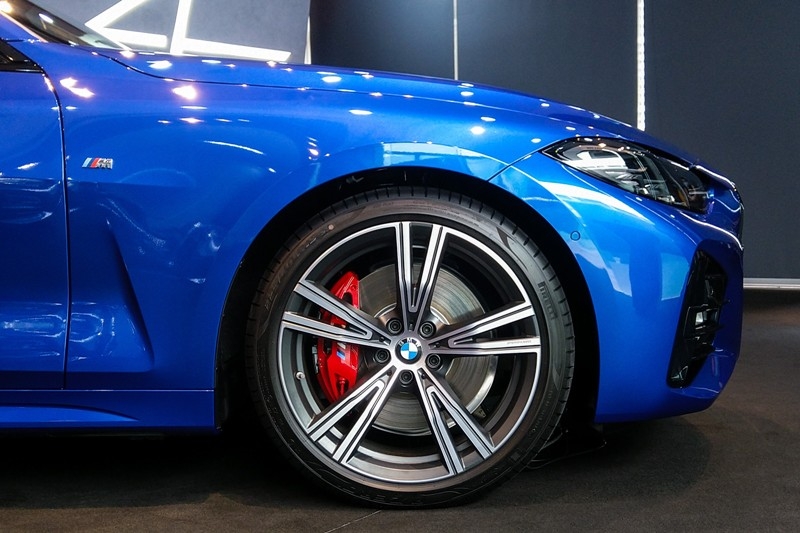 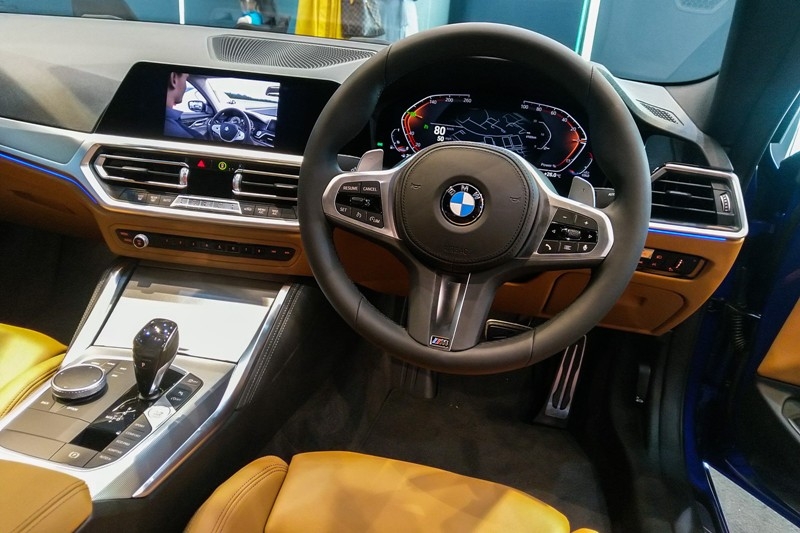 If the new 4 Series seems a bit lacking in performance without a traditional six-cyclinder version, not to worry. The enthusiasts’ favourite, the M4, which packs all-wheel drive and 510hp from a 3.0-litre twin-turbo straight six engine, is due for a Singapore debut in Q1 2021. 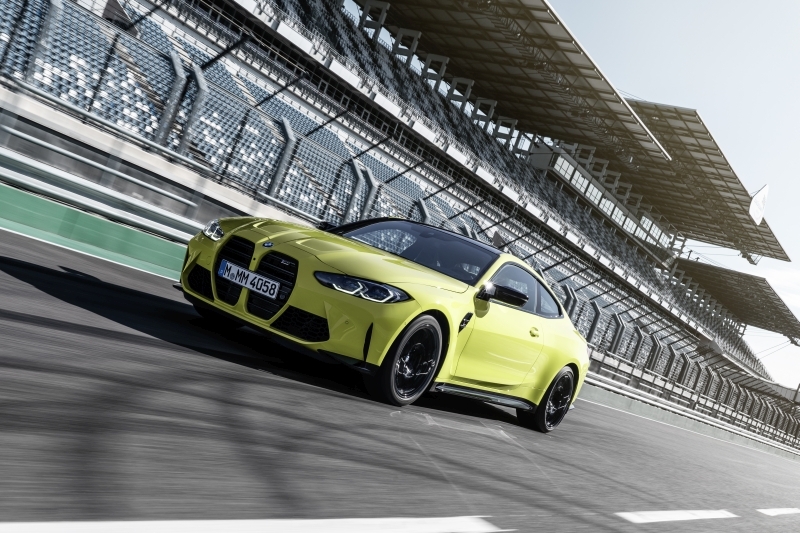