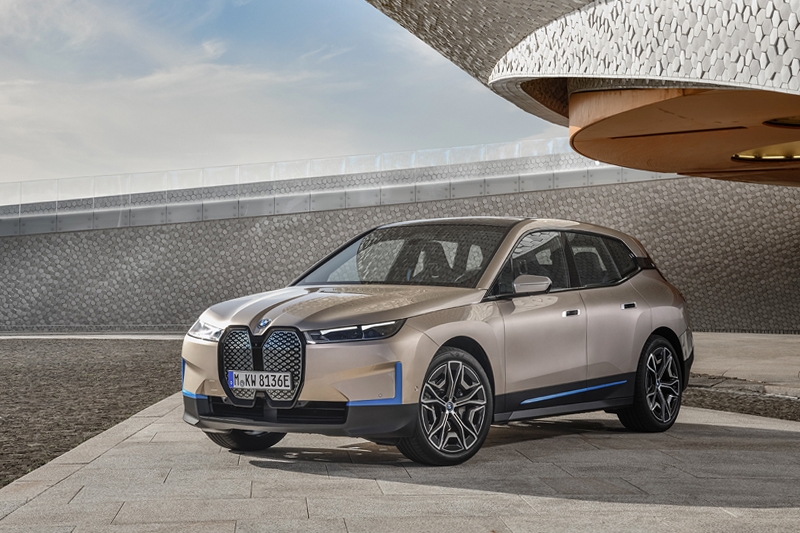 A first look into BMW’s future

In an exclusive global preview, BMW has has given the world a sneak peak into more than just a new car, but more importantly, into their future as well. Due to begin production next year, the iX is an all-electric Sports Activity Vehicle (SAV) concept that will lead the way for the brand’s next phase.

As we approach one of the most impactful evolutions of the automotive landscape, where electric cars will slowly-but-surely be a mainstay, BMW has made its mark with the all-new, all-electric iX SAV. 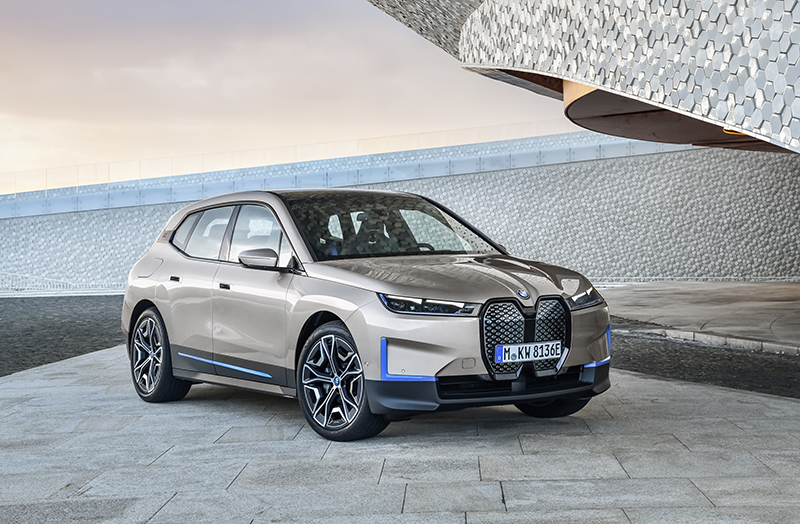 This will no doubt be the first of many and will pave the way for a new, modular and scalable platform for the BMW Group as it evolves in design, sustainability, driving pleasure, versatility and luxury. 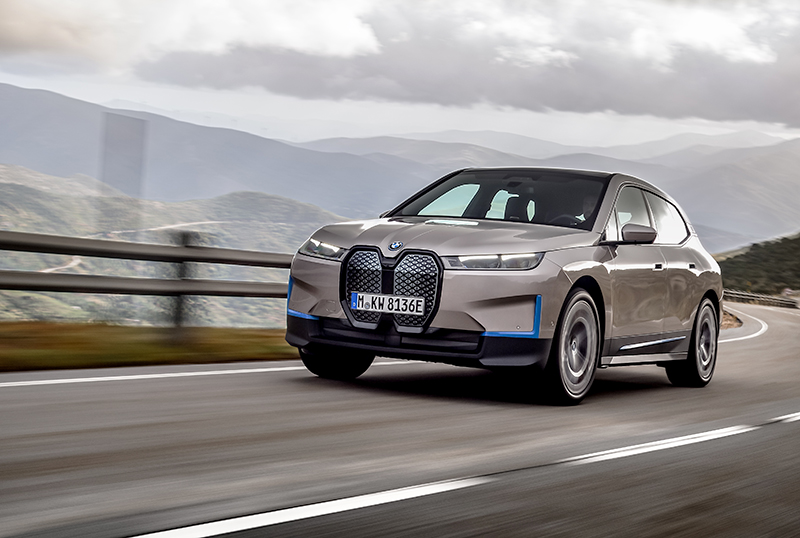 “The BMW Group is constantly striving to re-invent itself. That is a central element of our corporate strategy,” says Oliver Zipse, Chairman of the Board of Management of BMW AG. “The BMW iX expresses this approach in an extremely concentrated form.” 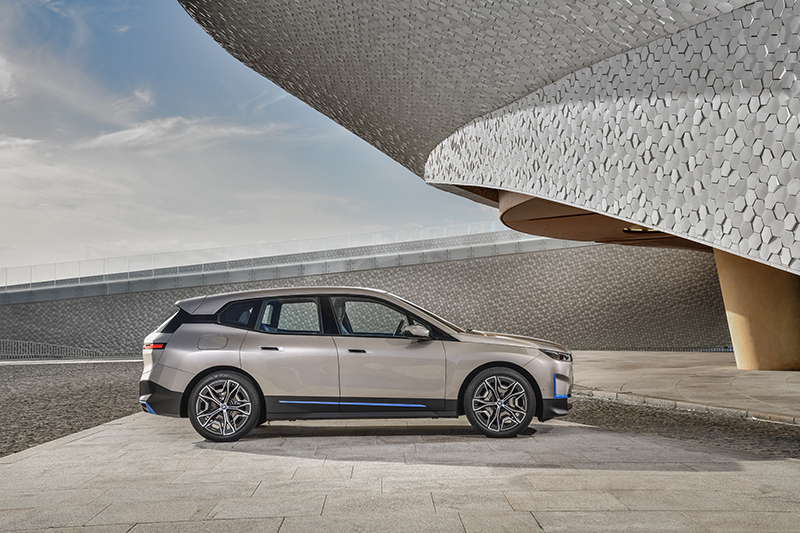 The exterior is a blend of minimalist edgy lines, muscular wheel arches, with a modern but conventional boxy profile. The large nose found in the controversial 4 Series makes its way here again, but this time, the vertical kidney grille looks much, much better, perhaps because it’s proportionately integrated into the large SAV. 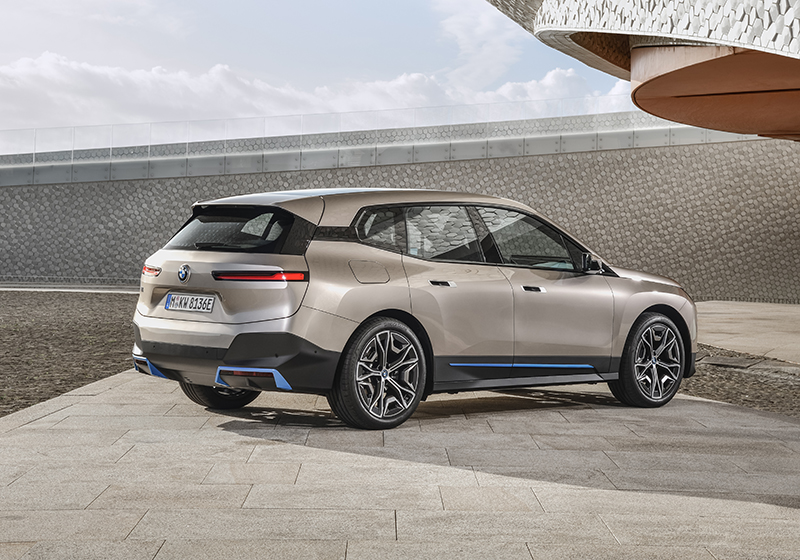 “It has the footprint of an X5, a roof height of an X6, but the wheel size of the X7,” says Adrian van Hooydonk, Senior Vice President BMW Group Design. 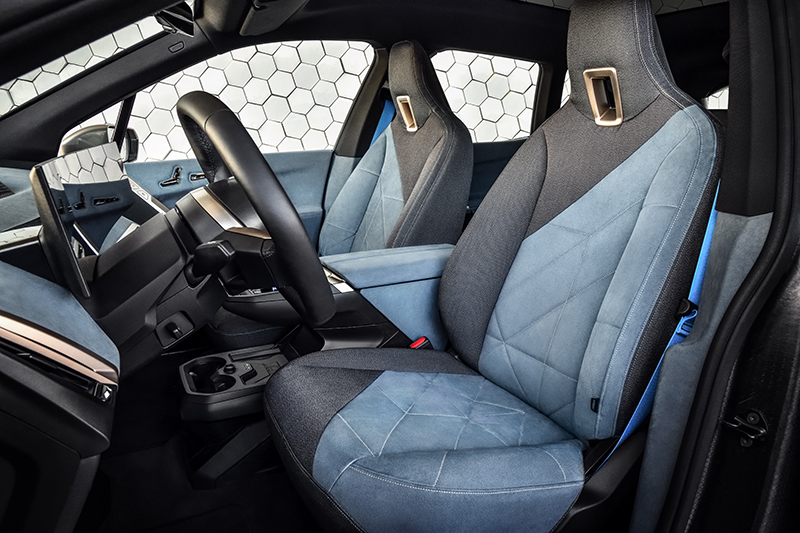 On the inside, BMW wanted to achieve a high level of spaciousness and a ‘loft-like’ experience. The combination of high-quality materials, newly developed seats with integral head restraints and an exceptionally large panoramic glass roof immerse all five seats of the BMW iX cabin in a luxurious, lounge-like ambience. 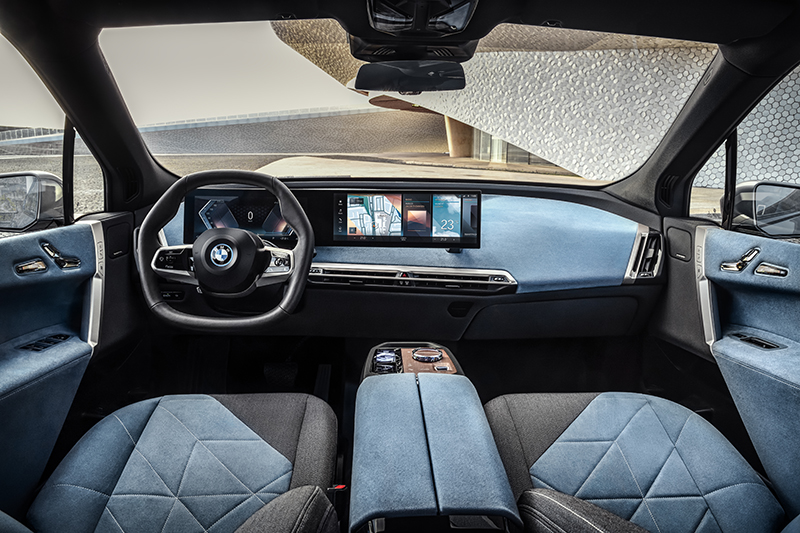 Even the displays and controls are all stripped down to the essentials. The minimalist approach is continued in the cabin details. Everything is slim, purposeful and ultra-modern, reinforcing the impression of an uncluttered cabin offering a place of relaxation. 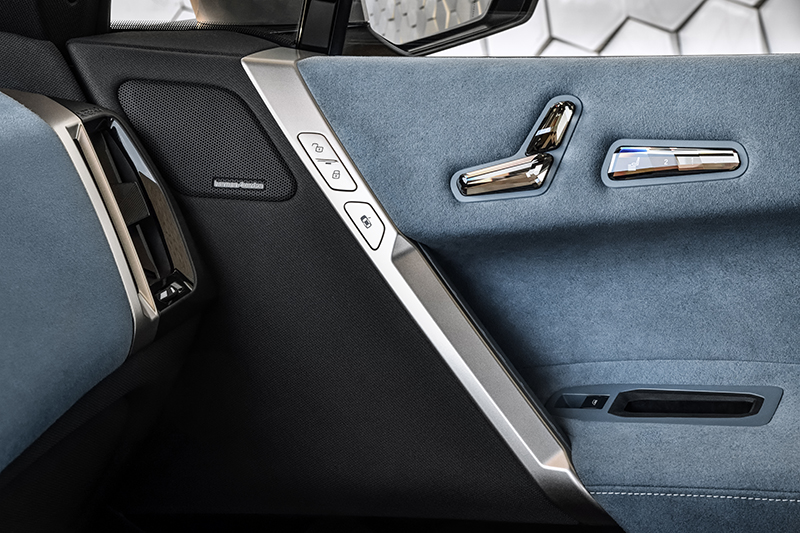 The technology of the BMW iX is used intelligently and only becomes visible when it is needed. This makes it intuitive to use rather than seeming overly complex. BMW calls this ‘shy tech’, versus high tech. 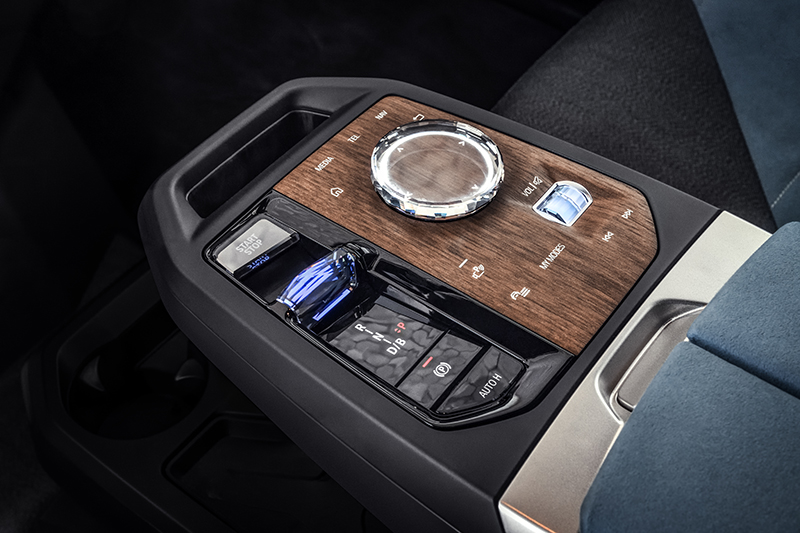 The shy tech approach for the interior can be seen in a number of features, including speakers integrated out of sight, intricately styled air vents, heated surfaces and the discreet recessing of the BMW Head-Up Display’s projector into the instrument panel so it is almost invisible. 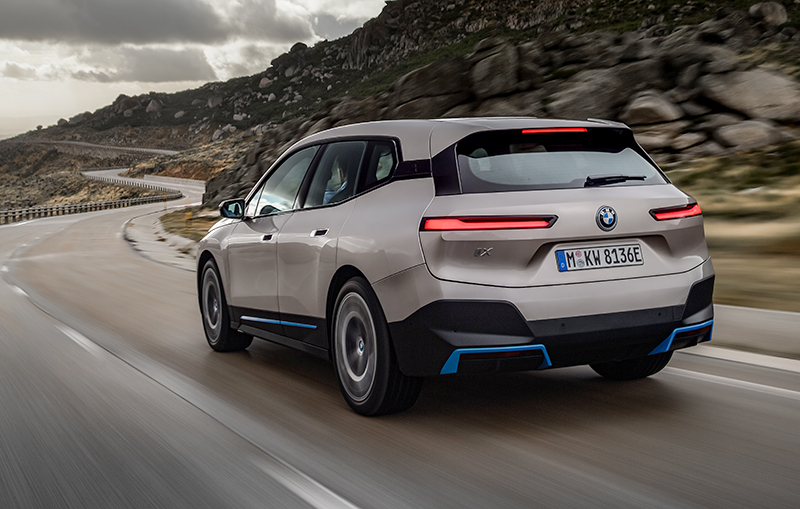 The power unit developed by the BMW Group has been manufactured sustainably without the use of critical raw materials known as rare earths. It promises instantaneous power delivery from a hefty 500 bhp, enough to power the BMW iX from 0 to 100 km/h in under 5.0 seconds. 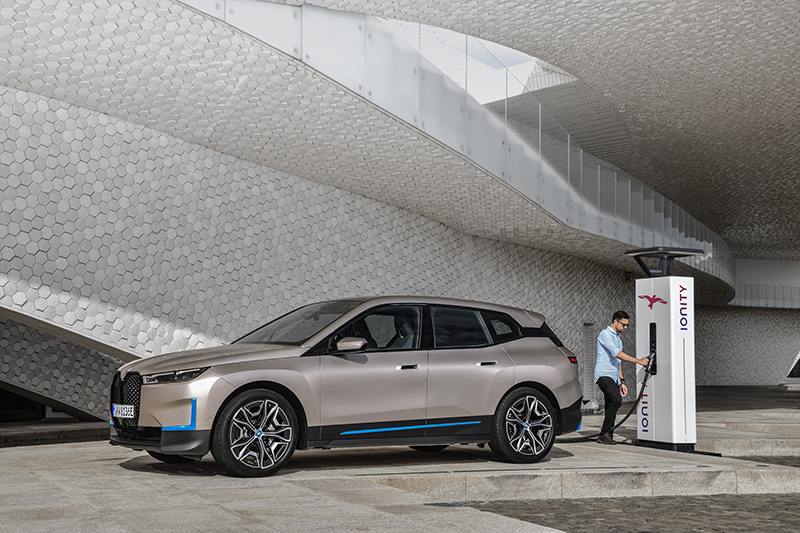 On paper, the iX’s latest-generation high-voltage battery is able to record a range of over 600 km in the WLTP cycle, which equates to more than 480 km according to the EPA’s FTP-75 test procedure. 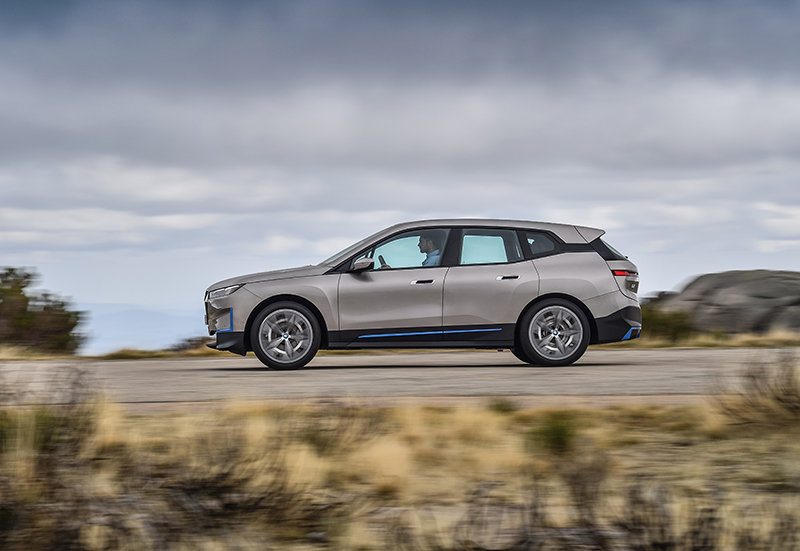 The new charging technology of the BMW iX enables DC fast charging at up to 200 kW. In this way, the battery can be charged from 10 to 80 per cent of its full capacity in under 40 minutes, or up to 120 kilometres of extra range in ten minutes. 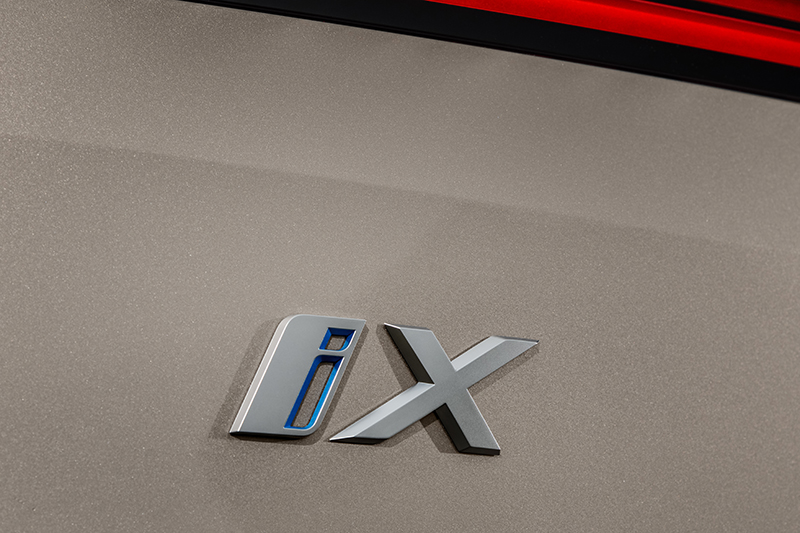 The future of BMW is looking good, and when the BMW iX goes into production at BMW’s Plant Dingolfing from next year, it will mark the beginning of a new era.


Related Articles
The Mercedes-EQ EQA is the gateway to the electric age BY Marcus Lim
Did you know Toyota made a Humvee doppelganger ... BY Vivek Max R
The Karting Arena | New kart track opens in Jurong BY Jonathan Lim
Goatee Go Fast | MINI One 5-Door BY Marcus Lim
11th-Gen Honda Civic premieres in Singapore BY Sheldon Trollope