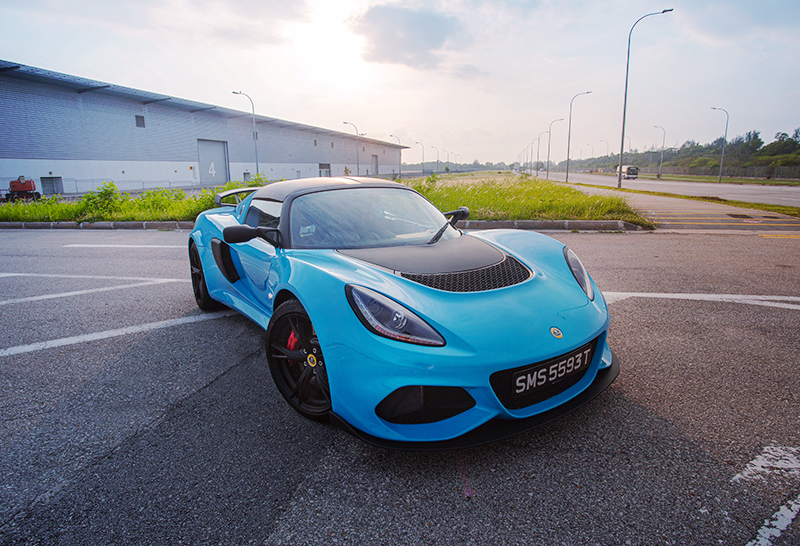 Learn to live with it, and you'll be rewarded with adrenalin-packed drives that only a Lotus can give you.

Getting in and out of a Lotus has long been the topic of interest for passengers and drivers of the car alike. There have been numerous videos on youtube ridiculing people attempting to enter and exit the car with epic results.

It requires skill and gracefulness to be executed perfectly, without picking up a sprained back or leg cramp. 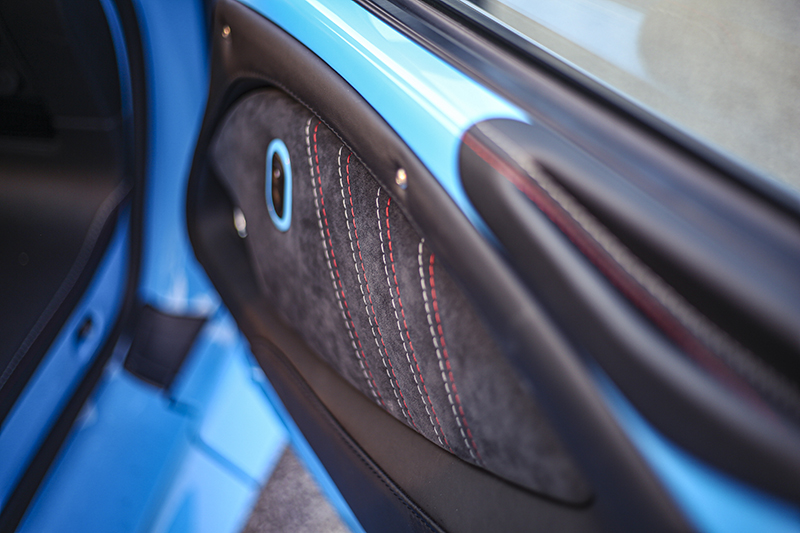 So much so, the first thing you’ll hear from anyone approaching the car is “Waaaah!” It’s not because of how good the car looks. Instead, it’s an expression of how impossible it looks to get in. 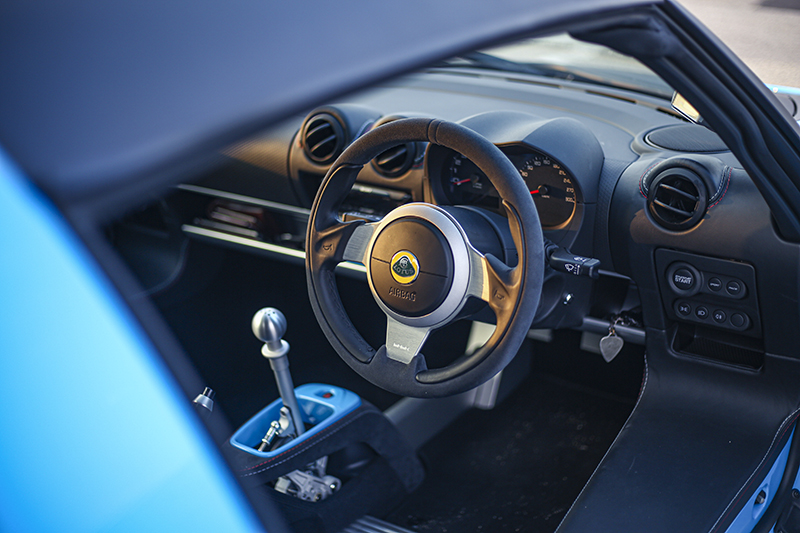 So before I tell you how awesome the new Lotus Exige is, I’m going to teach you how to get in one, literally. As a Lotus Elise owner for two years, I’ve learnt to do it rather well, but there are days when I don’t focus, and I end up with a pulled muscle. Really. 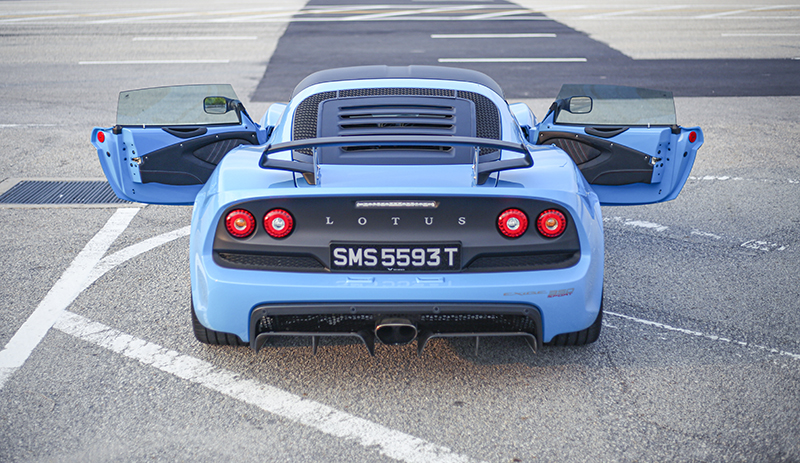 There are two ways. Sit on the wide door sill (the very thing that makes it difficult) first, slide your but into the seat (you’ll pretty much drop in), then slowly bring each leg into the the car. 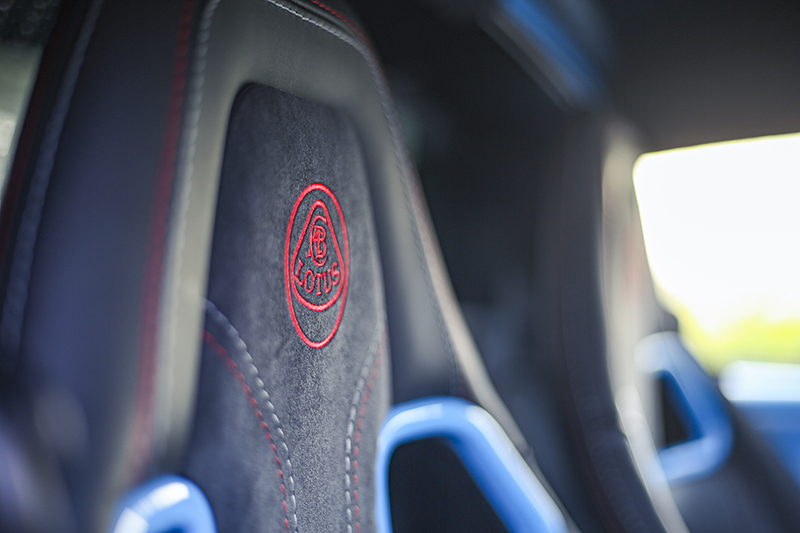 The other is more graceful but requires practise. Put the leg closest to the car on the main floorboard while you half-straddle the door sill, then bend really low while you go in butt-first onto the seat. As you slip in, bring the other leg in. 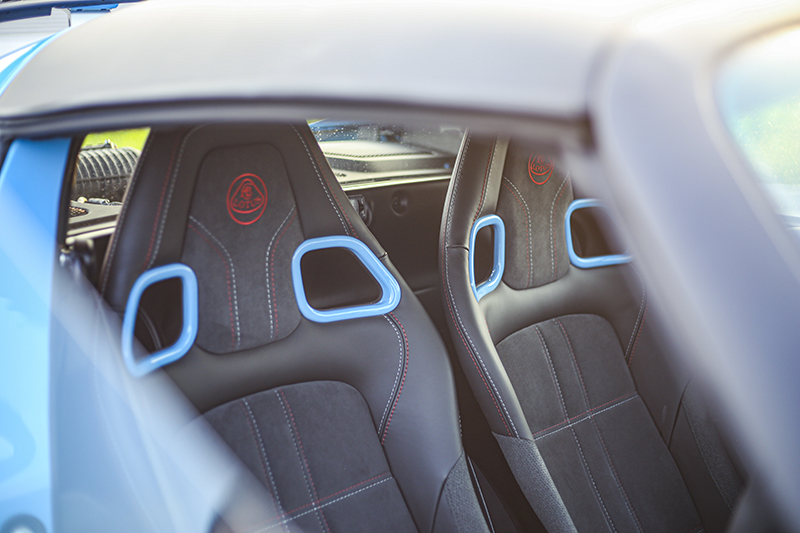 Once in, you’ll feel cocooned and really cosy. So cosy that if you’re not on good terms with the other person, you’re likely gonna feel uncomfortable. It’s a race car for the road. So it’s been built to be cramped and minimalistic. 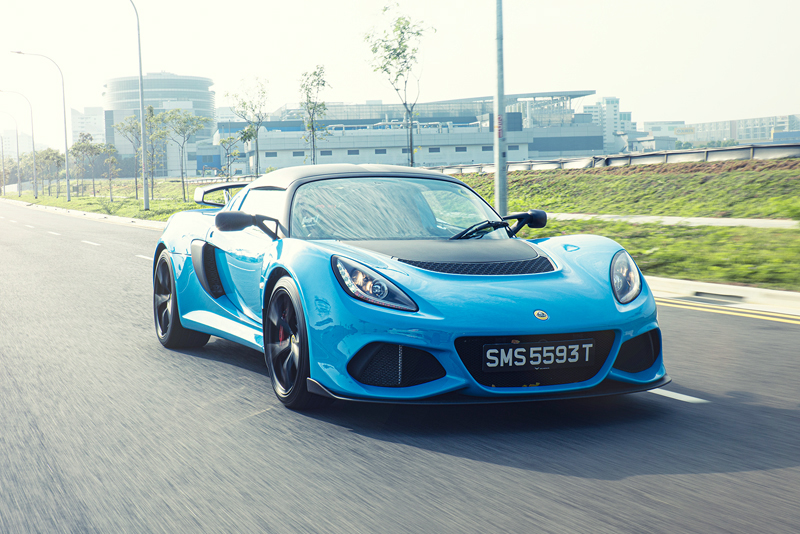 The Exige 350 is a far more comfortable car than the Elise S2 I had. This new car has nice alcantara seats, a much better (still not perfect) air conditioning system, and it even has cruise control! 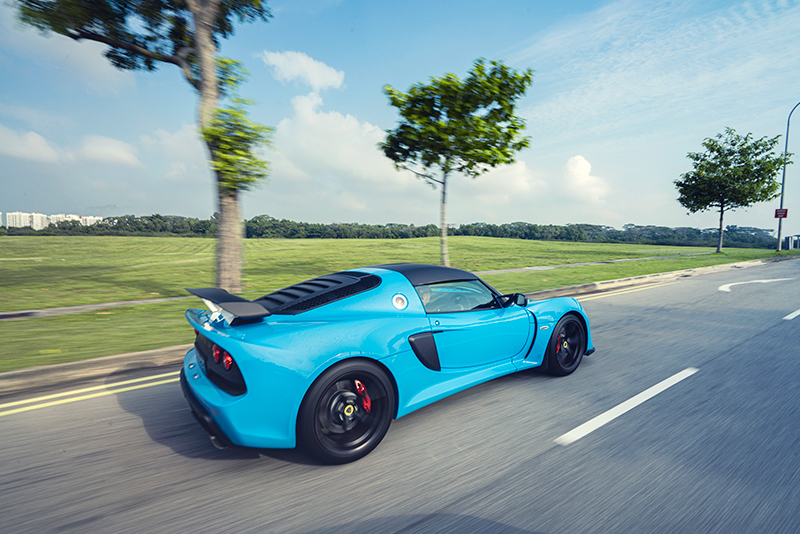 But much of it is still the same quick, loud and raw Lotus that I know. In fact, it’s quicker, louder and 'raw-er'! 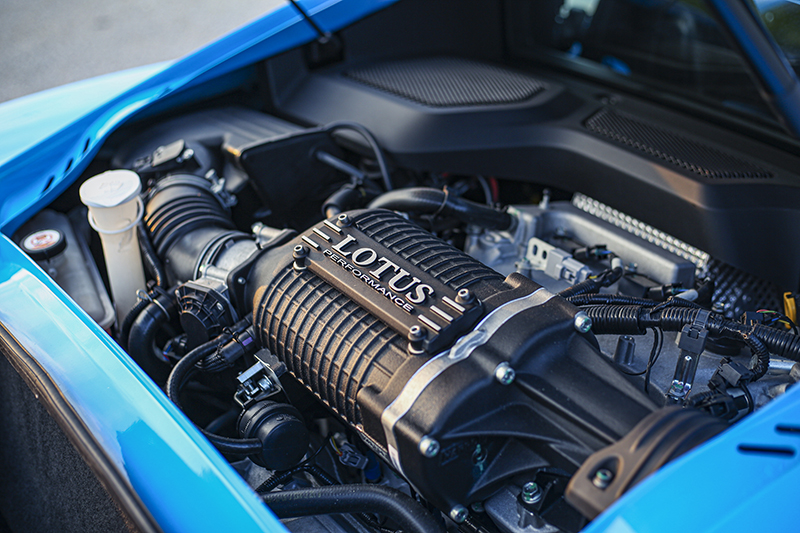 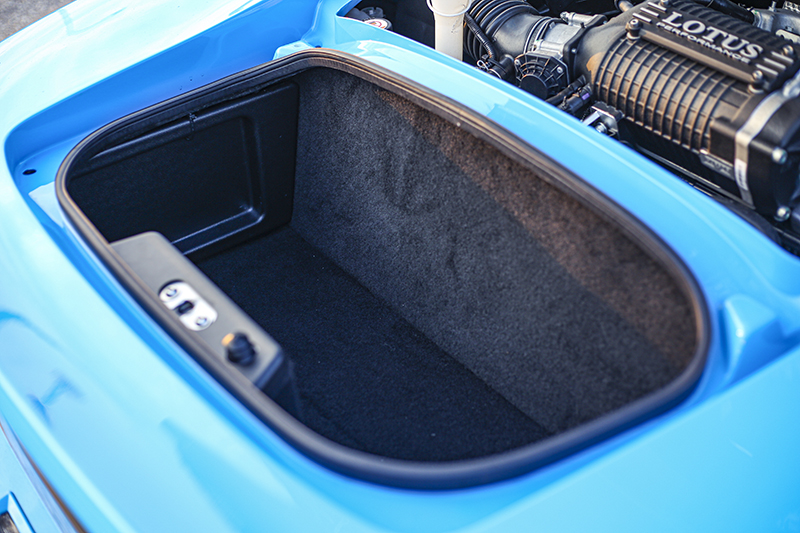 All that performance is housed in a lightweight machine that tips the scale at a mere 1,125 kg. In a Lotus you don’t just go fast in a straight line, you go fast everywhere. The featherweight build enables you to bring a lot of speed into corners simply because it requires less effort to slow down and steer. 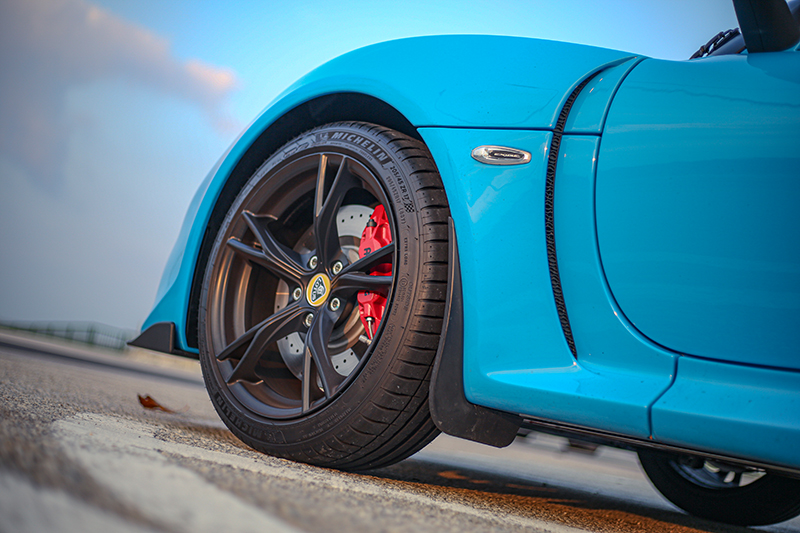 On the note of steering, the Exige, like the Elise as well, has no power steering. This is welcomed when you’re piloting the car at high speeds as you feel every bit of what the steering, wheels and car, in general, is doing. But it is a bit of a bummer if you’re trying to park it in a tight car park. 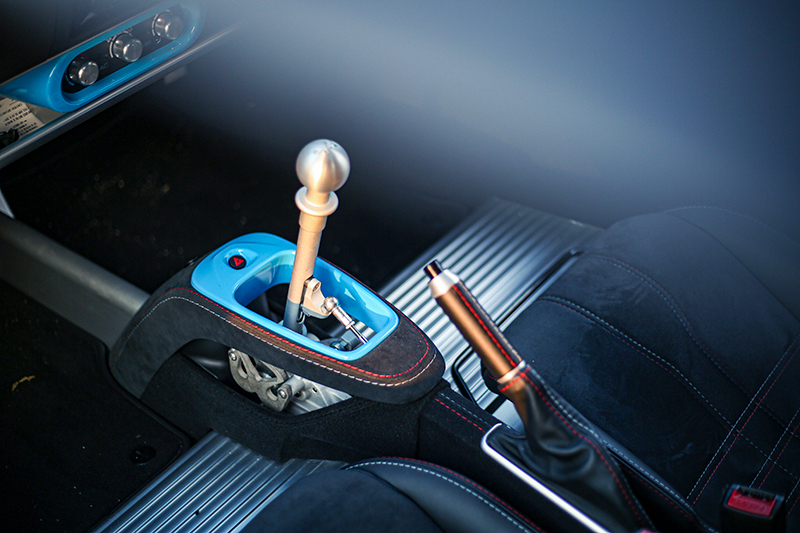 Power through the manual-only 6-speed gearbox and you’ll find that the Exige 350 is pure adrenalin on wheels. It’s a driving machine like no other and you’ll never find anything quite as raw, without compromising on the daily creature comforts that will get you from point A to B in the same state. 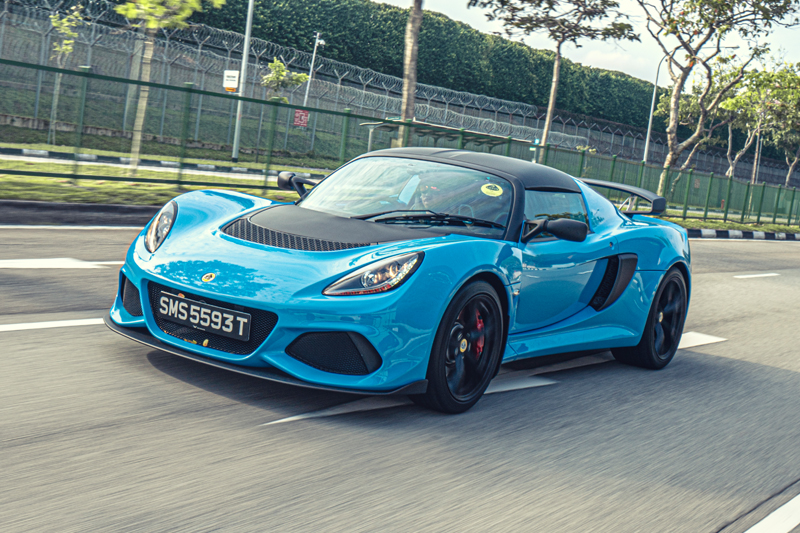 Despite all that raw power, Lotus engineers have also managed to make the car fairly plaint on our Singapore roads. the I almost forgot how fun it was to drive a Lotus. The front and rear suspension is a fully independent double wishbones and coil spring set-up and never feels harsh. 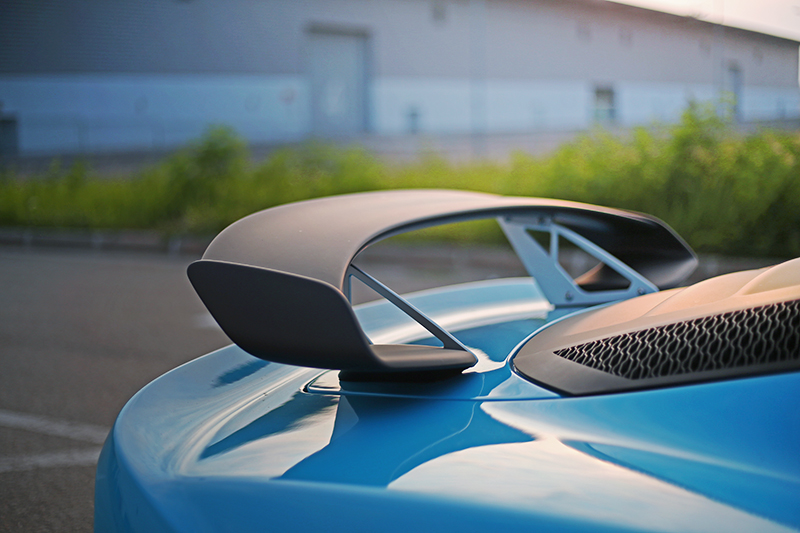 At about SGD 330,000 new, the Exige 350 is not exactly Toyota-money. A Supra is cheaper and easier to live with, but not half as wild or sexy. If you’re looking for a comfortable sports car that you can pose in, look elsewhere, you’re not worthy of a Lotus anyway. 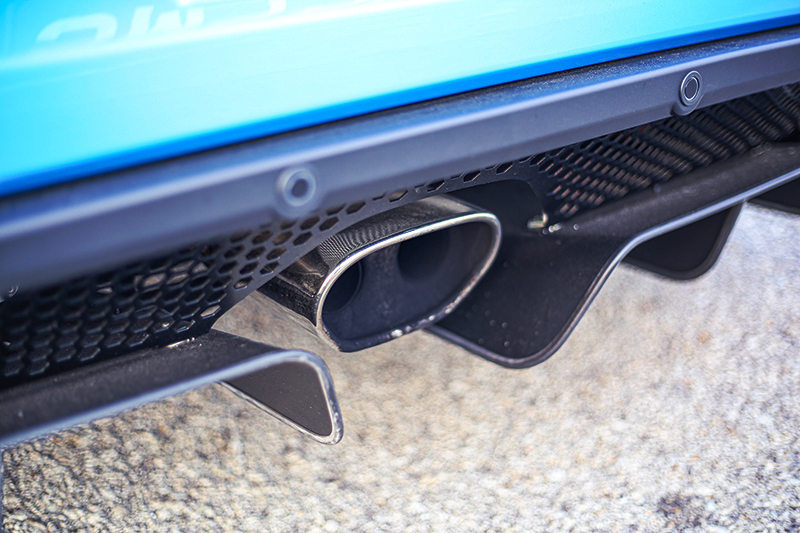 But if a manic analog machine is what you’re after to really put your stamp as a real driver’s driver, the Lotus Exige is for you. Trust me, once you get in one, you’ll never want to get out. Speaking of getting out, you’ll have to figure that one out for yourself.