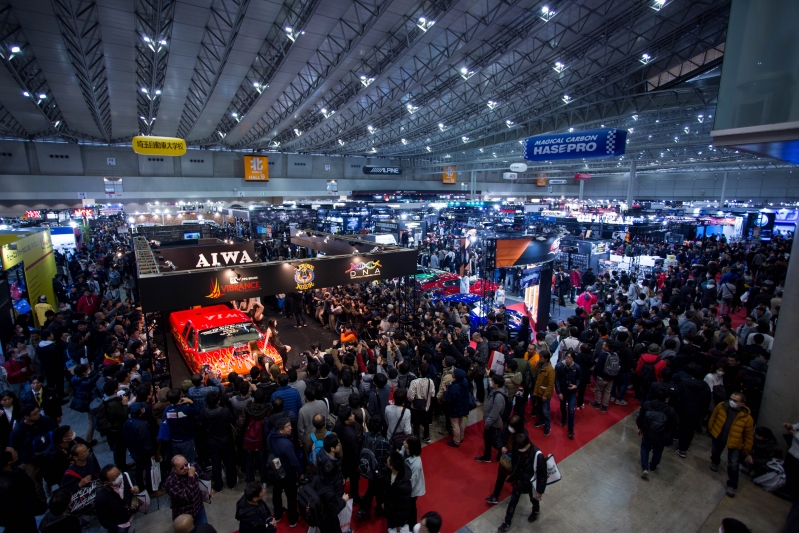 The Japanese tuning scene is ever-evolving. Just as you think there's nothing else they can do, the Japanese don't disappoint - as our trip to TAS 2020 revealed.

Ask anyone with a passing interest in Japanese cars, and it's highly likely that they've heard about Tokyo Auto Salon (TAS). Similar to the SEMA show in the USA, TAS is a showcase of the biggest names in the Japanese car parts and tuning scene, with everyone from Bridgestone to HKS to R's Racing, and everything else in between.

As you'd expect, the new Toyota A90 Supra was the car that everyone displayed in their booths, but there were a ton of other cool cars scattered across the 11 halls, 4,200 booths, and 72,000 square metres (yes, you read that right) of TAS 2020.

With over 800 vehicles exhibited this year, we couldn't possibly showcase everything - so here's the first part of our handpicked selection of the cool metal we saw! 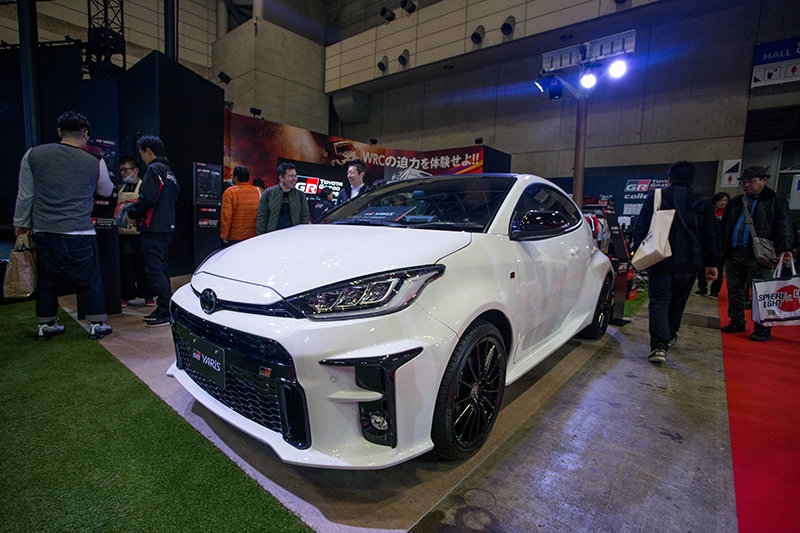 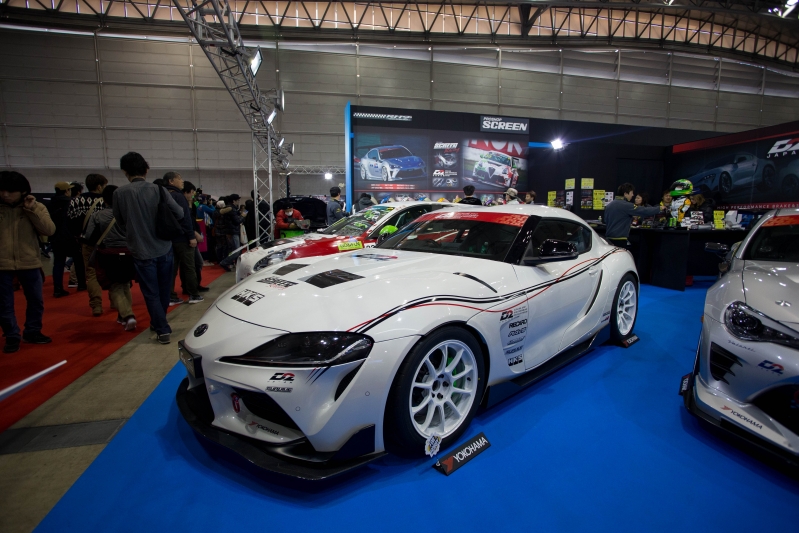 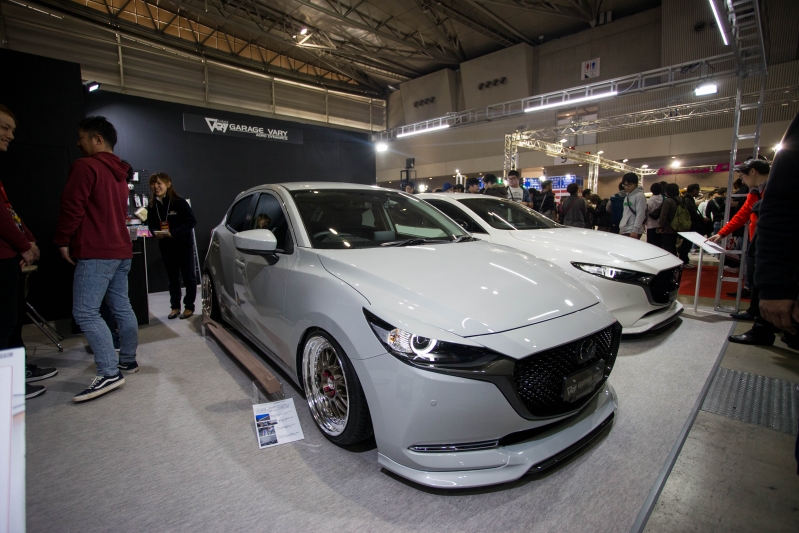 Garage Vary's Mazda Demio & Mazda Axela
Aero parts company Garage Vary and their take on the latest Mazda Demio and Axela (that’s the Mazda2 and Mazda3 in our market) – both fitted with a rather sharp looking lip kit and lowered with big wheels! 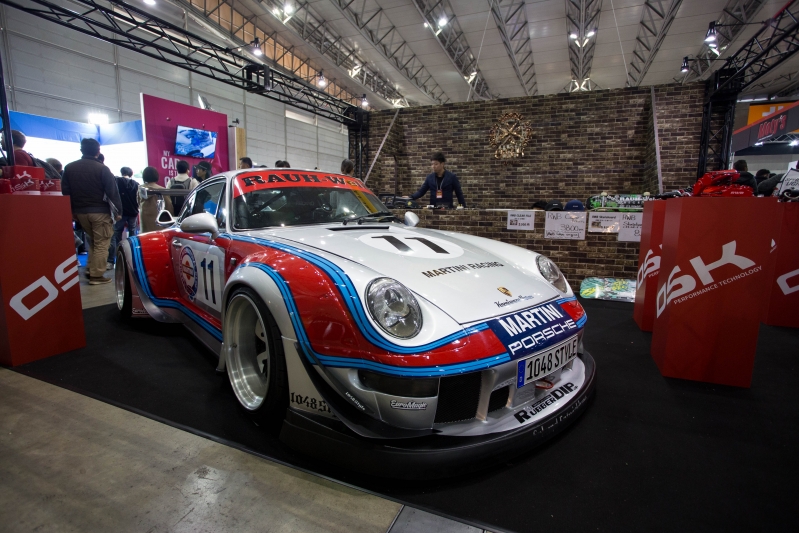 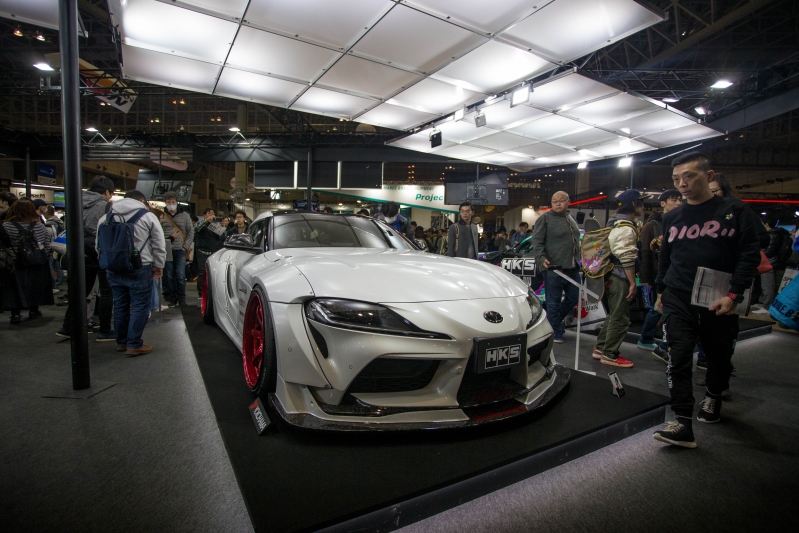 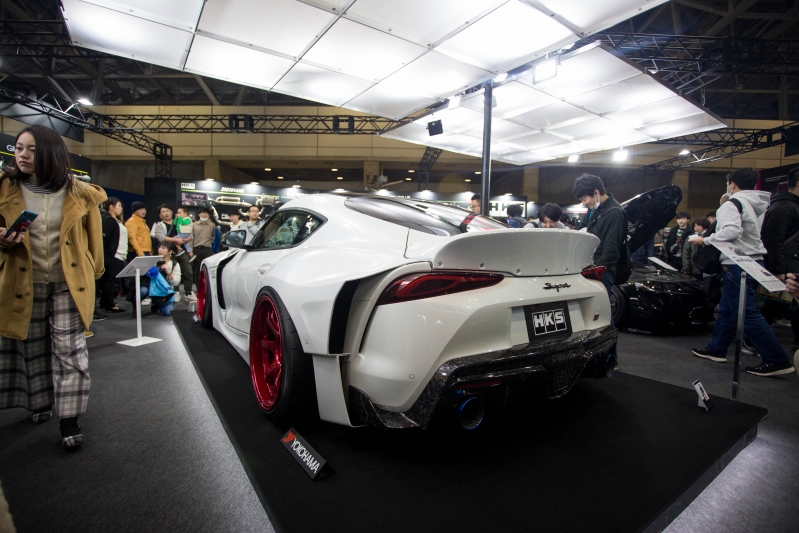 HKS' Toyota A90 Supra #1
One of two A90 Supras at legendary tuning firm HKS’ booth, this unit won an award for ‘Best Concept Car’ in the Tokyo International Custom Car Contest held at TAS! Fitted with HKS’ wide body kit and bright red Advan R6 wheels, we can see why it was a winner. 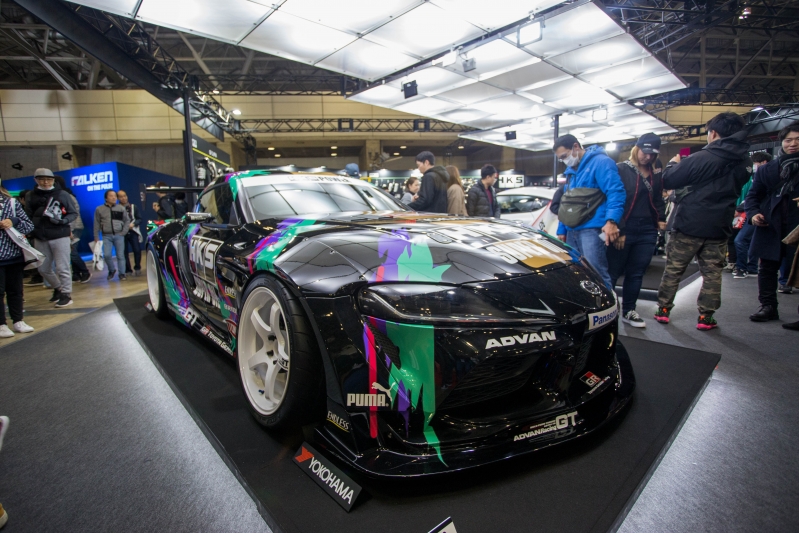 HKS' Toyota A90 Supra #2
Legendary tuning firm HKS’s classic livery seems to work well on any car, and the A90 Supra is no exception – especially so when the said Supra has HKS’ wide body kit and a massive chassis-mounted wing fitted to it! 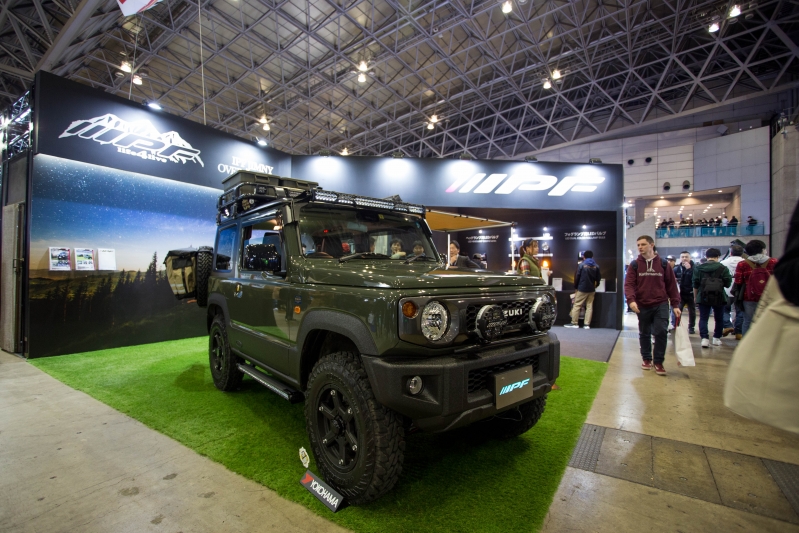 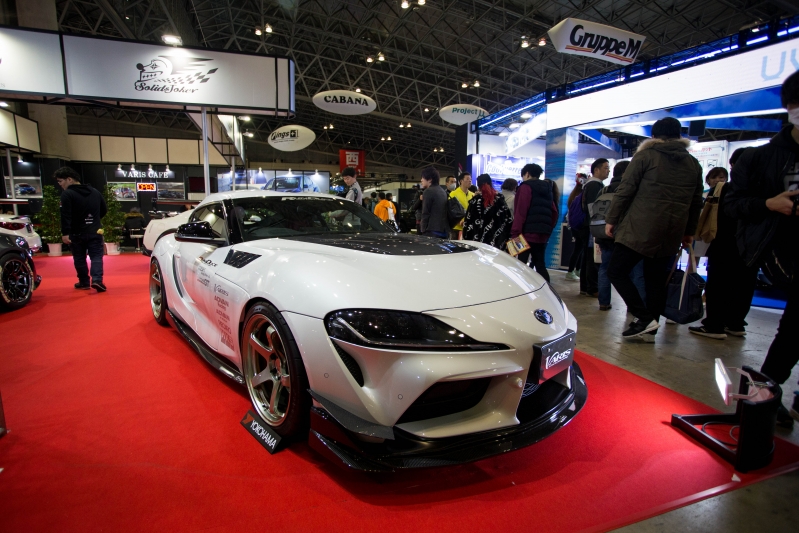 Varis' Toyota A90 Supra 'ARISING-I'
The milder of two A90 Supras at famed aero parts manufacturer Varis’ booth, this rather civilian unit had just the basics fitted to it – the Varis ‘ARISING-I’ body kit, a vented bonnet, and a Varis ‘STREET-II’ GT wing. 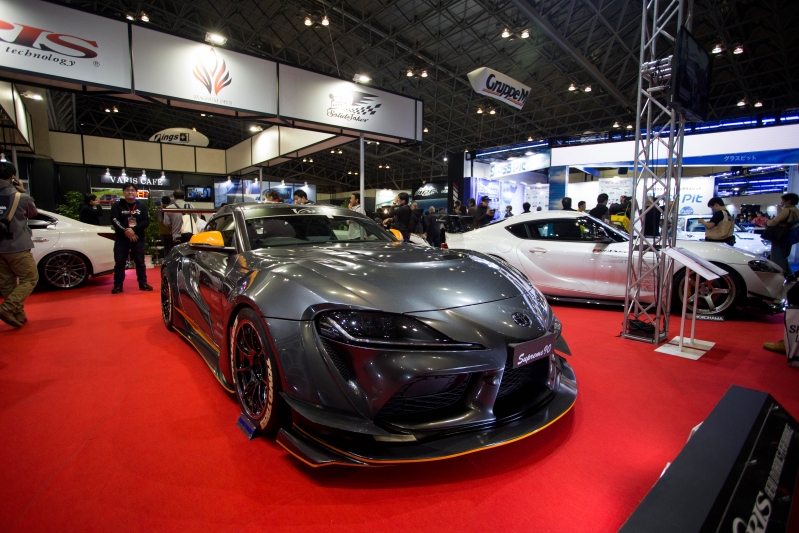 Varis' Toyota A90 Supra 'Supreme90'
Varis debuted a madder version of the A90 Supra at TAS 2020, dubbed the Supreme90 – fitted with a wild wide body kit, which adds 85mm to the front and 140mm to the rear of Toyota’s new coupe. Varis have also fitted to their showcar a carbon fibre diffuser, and an equally massive 1800mm carbon GT wing at the rear. 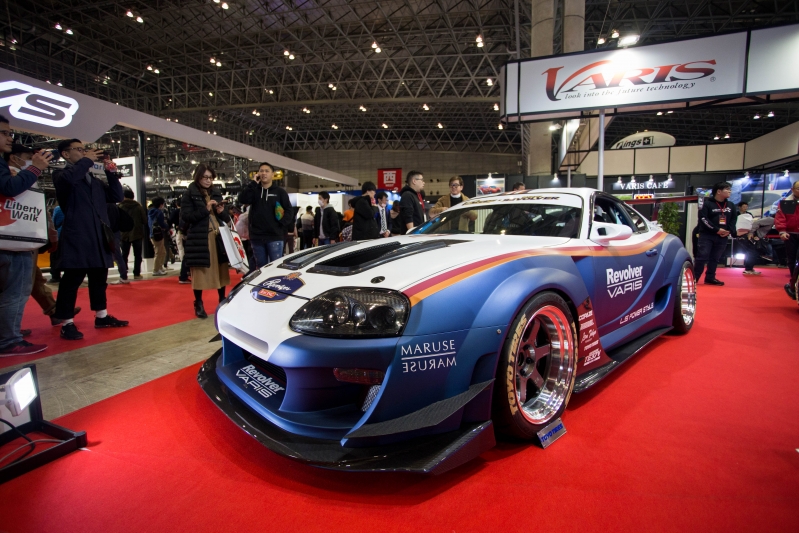 Varis' Toyota JZA80 Supra 'Supreme'
Despite the A90 Supra being the star of the show, Varis hadn’t forgotten the A80 Supra – with this unit sporting their ‘Supreme’ wide body kit and a Rothmans-style livery. 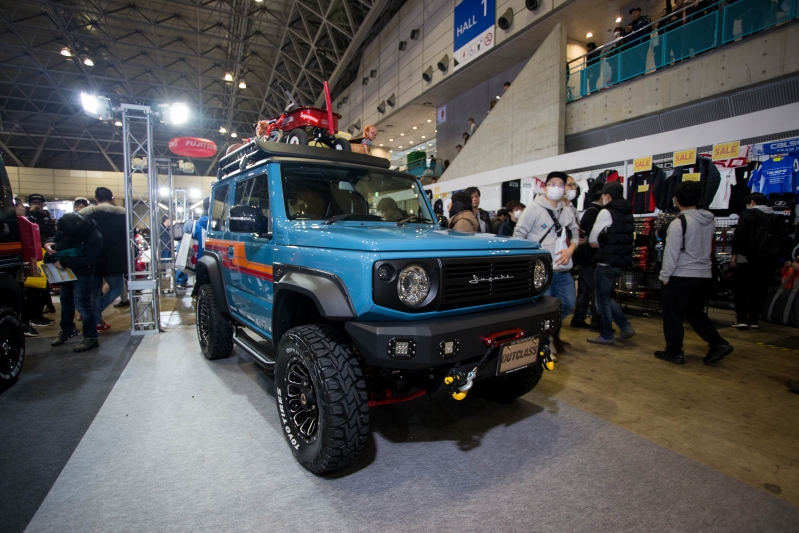 Outclass Japan's Suzuki Jimny
Suzuki custom shop Outclass Japan with their take on the Jimny, with the decals and front grille adding a touch of retro-chic. 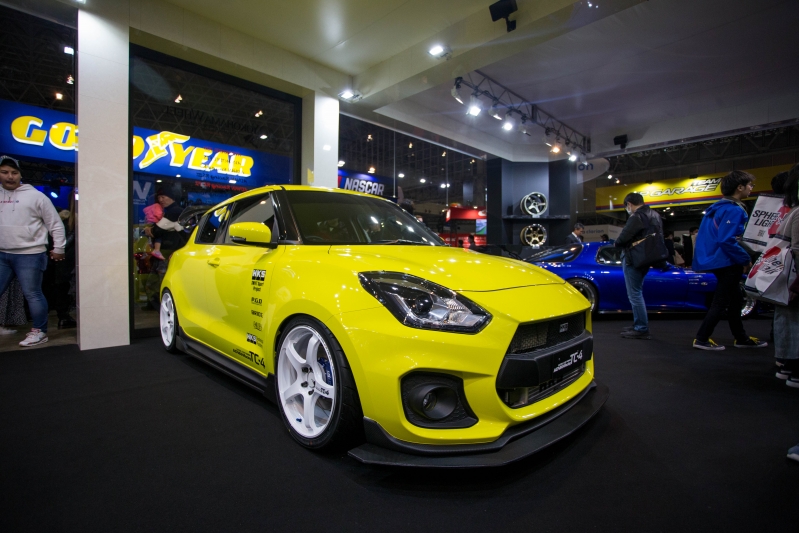 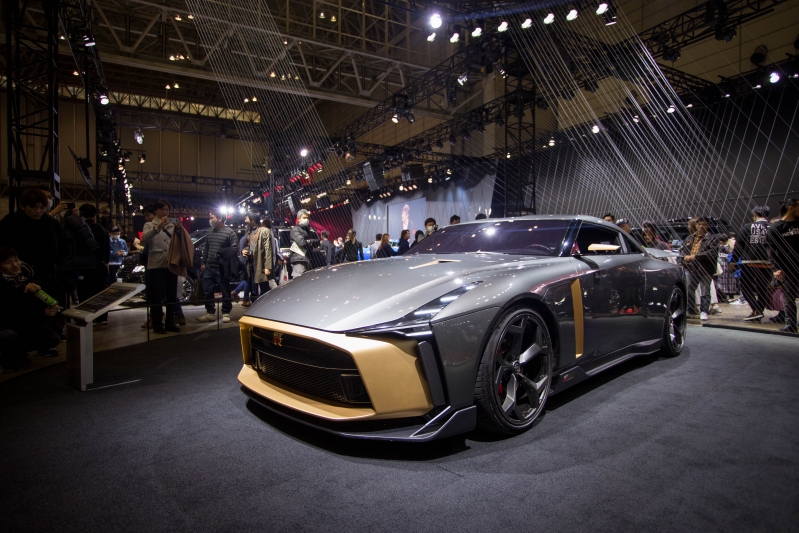