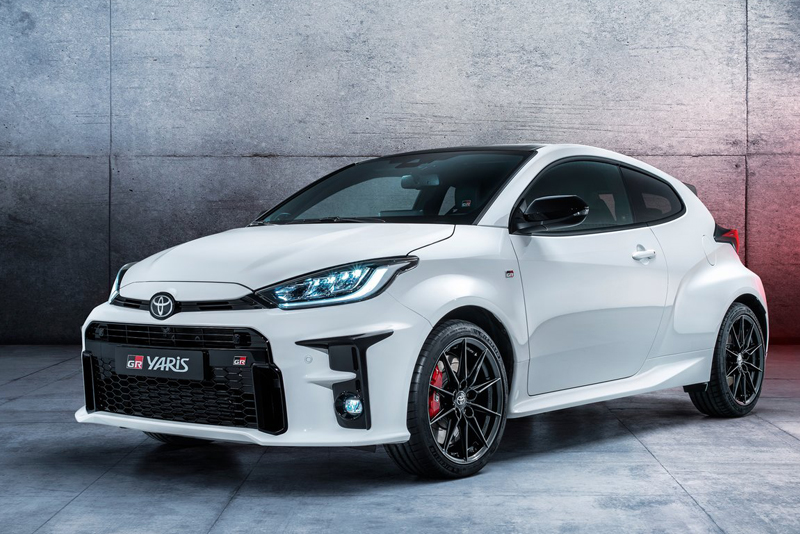 The world has been waiting for a car like this. Thank you, Toyota, for giving us a potential gem.

Can you remember the last time a car brand gave us a World Rally Championship (WRC)-bred machine? The notable ones being the Lancia Integrale, Toyota Celica GT-4, Subaru WRX and Mitsubishi Lancer Evolution. I can't.

These were the fast (and attainable) icons that made their way to every enthusiast' hearts. Sure, their competing brands had some sort of road-going car (which the race cars had to be based on as a rule anyway), but few had bothered to create a performance version for the road.

Enter the new Toyota GR Yaris. Produced to be the base for Toyota's 2021 WRC efforts, the GR Yaris is Toyota's second model under the GR (GAZOO Racing) brand (the first being the Supra). Here are Five Fast Facts about the car.

1. The last time Toyota made such a car was 20 years ago.
The Celica GT-FOUR brought the company 30 rally victories, four drivers' championship titles and one manufacturers' championship. It remains one of the most iconic rally-bred cars the world has ever seen. In a reference to its illustrious predecessor and its all-wheel-drive technology, the Toyota GR Yaris will have a GR-FOUR logo on its tailgate. 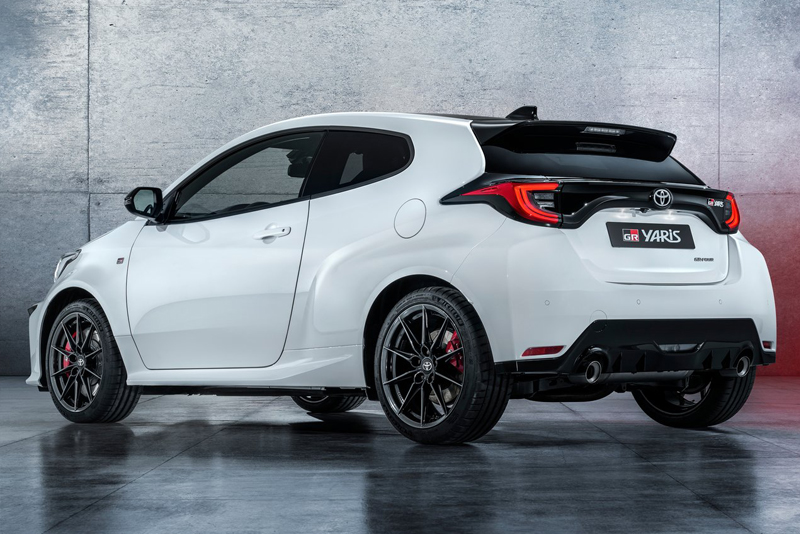 2. It comes with the most powerful 3-cylinder engine. Ever.
Yes, you read that right. 3-cylinder. 261 bhp. 360 Nm of torque. This is gonna be one heckuva punchy 1.6-litre turbocharged engine. Honed from their motorsport tech, the DOHC 12-valve engine has multi-oil jet piston cooling, large-diameter exhaust valves and a part-machined intake port. Forced induction comes from a single-scroll ball-bearing turbo and is matched to a six-speed manual transmission. 0-100 km/h is done in less than 5.5 seconds. Sweet. 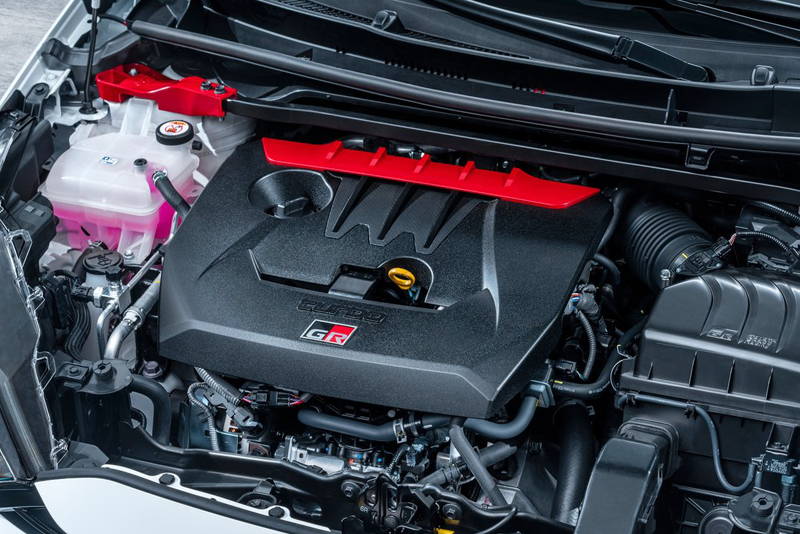 3. It's co-developed by Tommi Mäkinen Racing.
The WRC-skilled team of designers and engineers at Tommi Mäkinen Racing focused aerodynamics, weight distribution and keeping the car light in weight. Achieving a strong power-to-weight ratio was a key objective to help meet the GR Yaris' performance targets. The body shell is constructed predominantly from lightweight materials, including a new carbon fibre polymer for the roof that can be compression moulded. Aluminium is used for the bonnet, doors and tailgate. 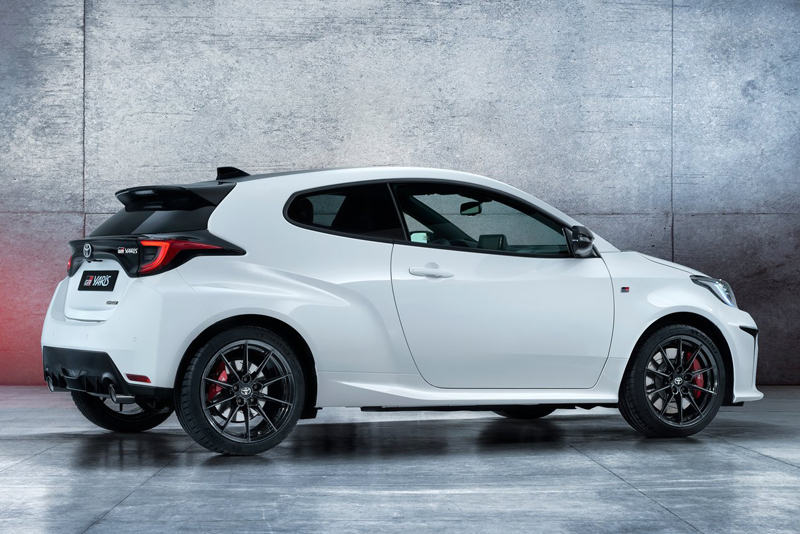 4. It's a proper 4WD.
Toyota's new standard GR-FOUR system will offer effective torque distribution to optimise drive power to each wheel. But get the optional Circuit-Pack, and two Torsen limited-slip differentials will split between the left and right-side wheels to give natural and direct car control. It will offer a theoretical range of front/rear torque balance from 100:0 (full front-wheel drive) to 0:100 (full rear-wheel drive). The driver can also adjust the split distribution to suit their preference or the driving situation via a 4WD mode dial switch. 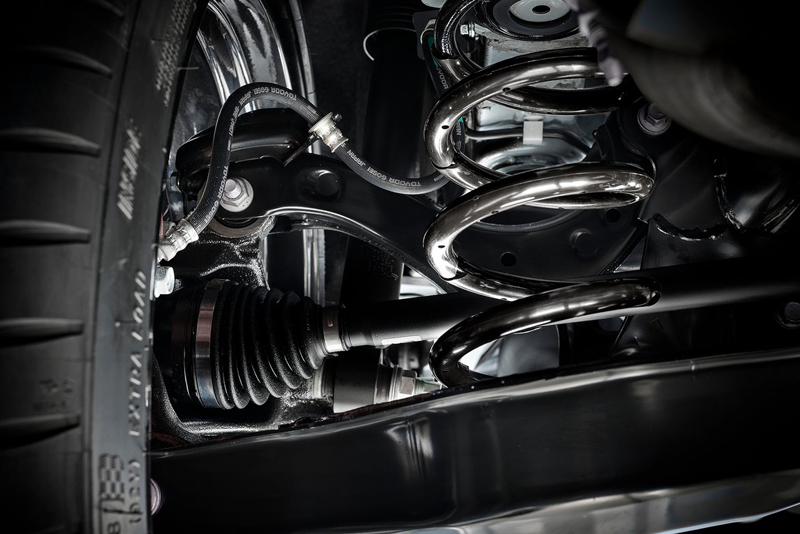 5. It's a Frankenstein.
To make this car work, Toyota has to mash up two of its platforms to cook up this storm of a car. They combined the front end of their GA-B platform, which will debut in the all-new Yaris model in 2020 - with the rear of the GA-C platform. This was necessary to fit in the new suspension design and accommodate the GR-FOUR all-wheel-drive system. Serious stuff. 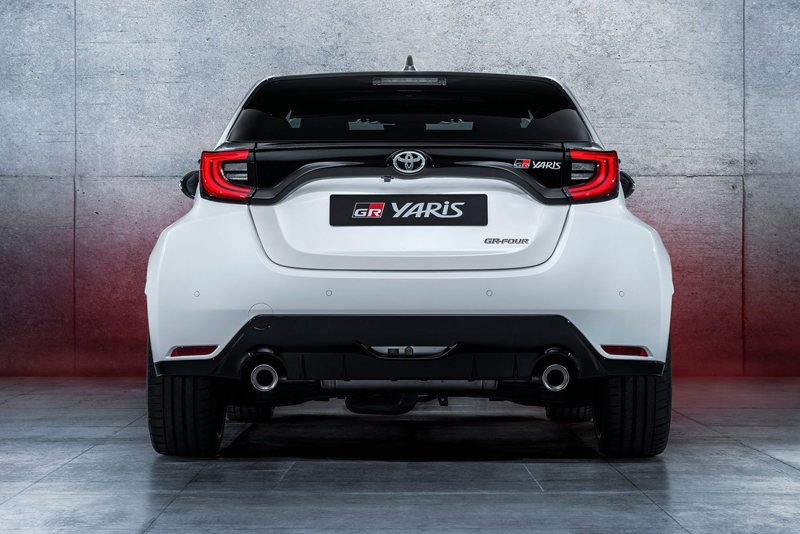 Like us, we're sure you can't wait to get behind the wheel of one of these. While I'm sure our local dealer will likely take forever to bring it in, don't be surprised to see some importers get their hands on some units later in the year! 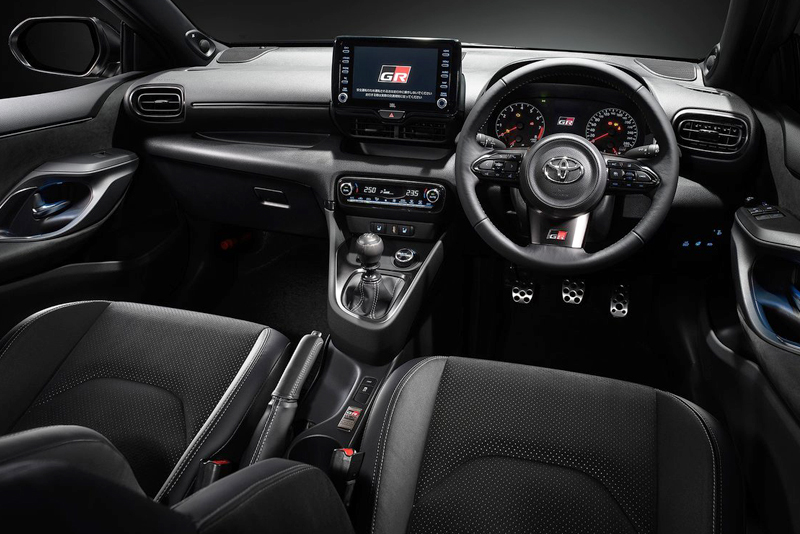 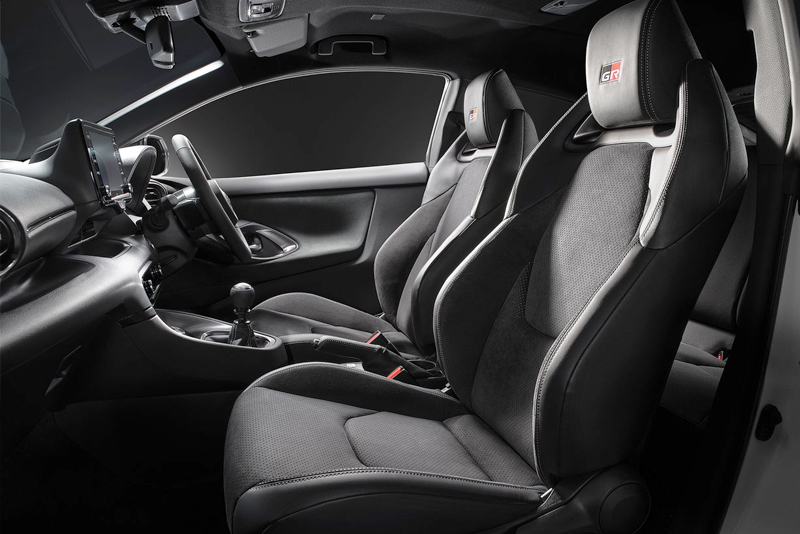 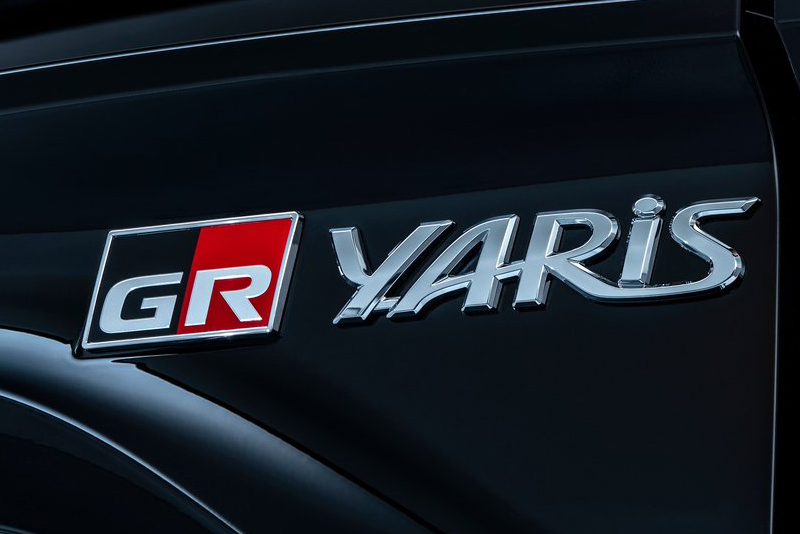 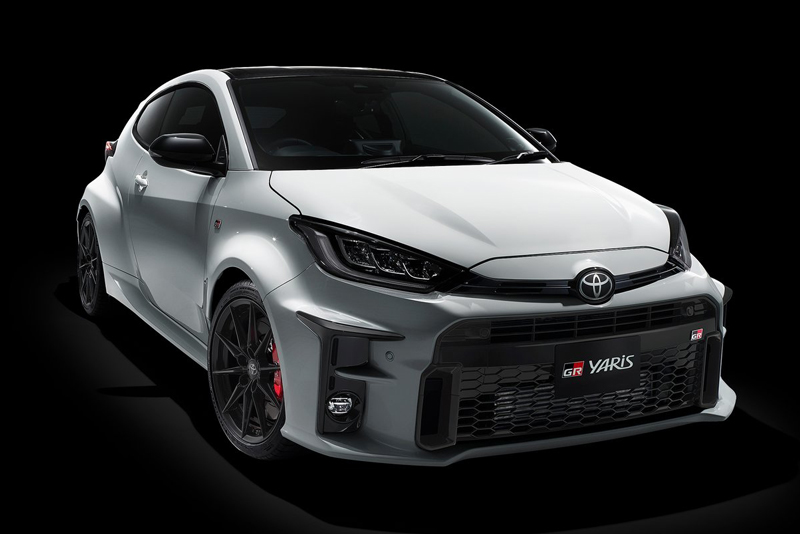