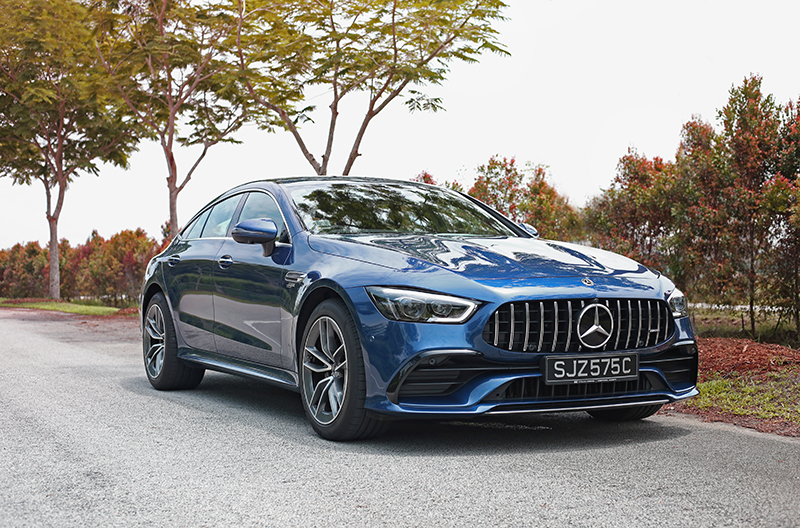 The Mercedes AMG GT gets two more doors and fills a gap that wasn't even there.

Did anyone really wonder what a Porsche 911 would look like with four doors 10 years ago? Maybe. But I'm sure even the most creative of minds would have shuddered at the thought of that. Yet, here we are in a time where Panameras are a common sight in the world of luxury sedans. 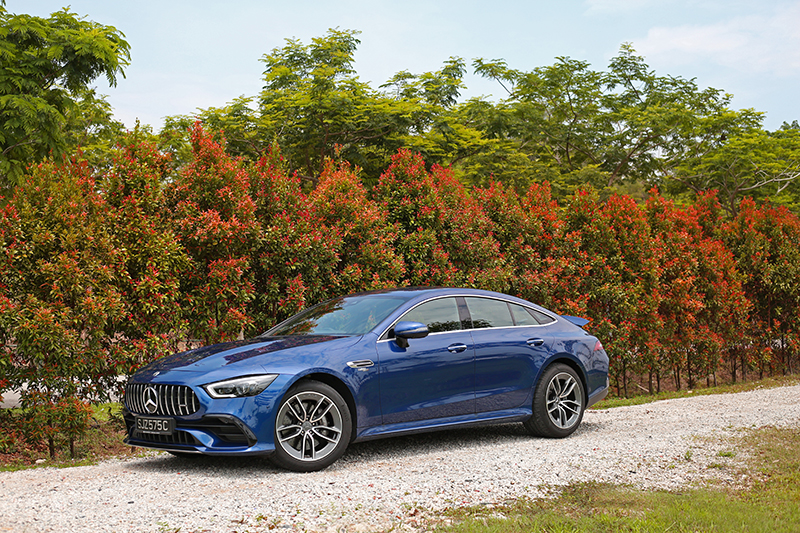 Did anyone really wonder what an AMG GT would look like with four doors? I don't think so. Well, definitely not me at least. Yet, here we are with a four-door version of Mercedes' sexy GT sports coupe. 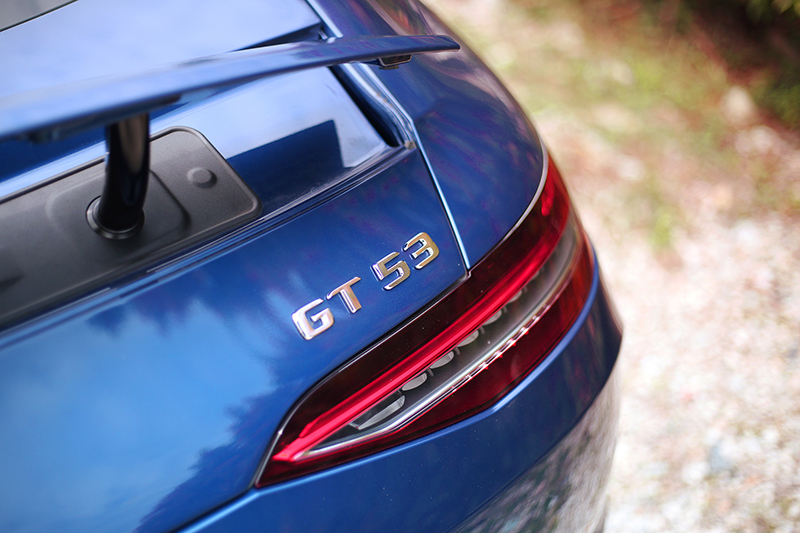 I've never really been a fan of Mercedes' range of 'entry-level' AMGs. Mainly because they fall under a not-here-not-there zone. I like their standard range of models for the luxury they offer and the AMGs for the full drama they bring. But the in-between models just feel a bit, lost. 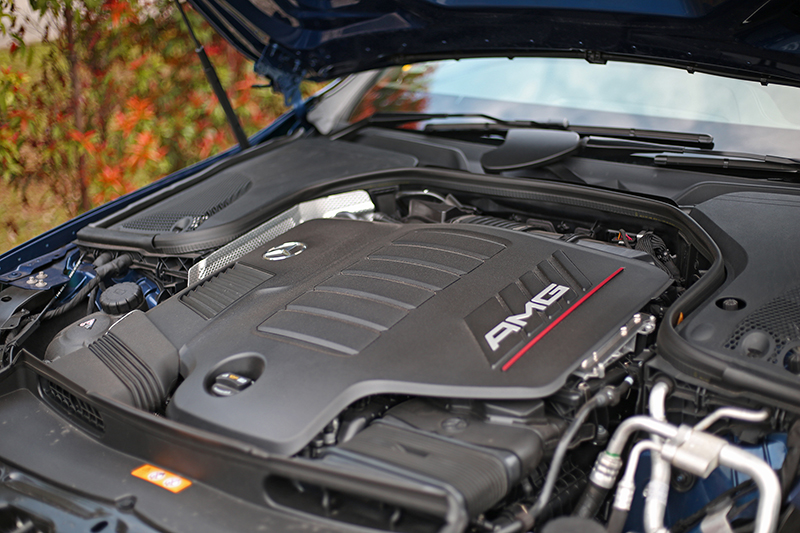 This AMG GT 4-door 53 is, unfortunately, the same. Packing a 429 bhp 3.0-litre in-line six with 520Nm of torque, you'd think it'll be a monster to drive - well, it's not. Not that it's slow, 0-100 km/h will come in 4.5 seconds, but where some cars feel faster than their figures suggest, this one feels quite the opposite. It's quick, but you do feel the hunk of mass being dragged about by the strong engine. 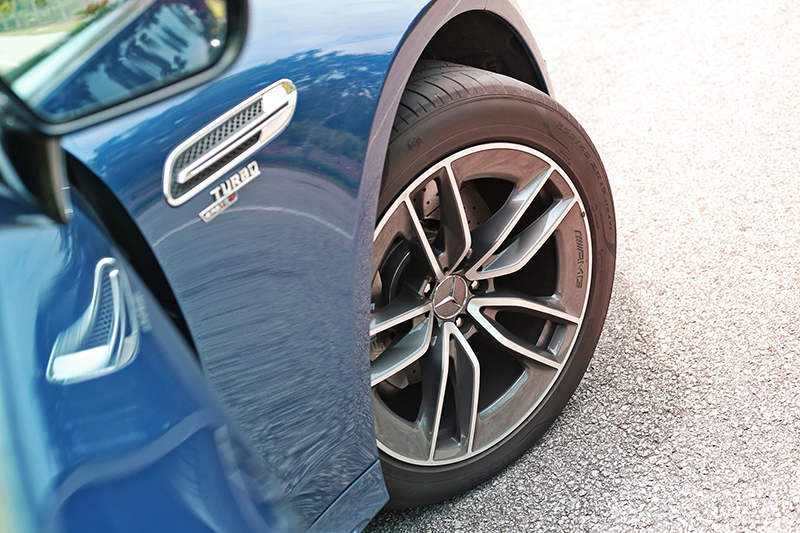 Dynamically it also feels a bit soft. In its sportiest mode, the car will stiffen up a bit and the steering gets decently sharp. But it's still far from being as pin-point as a 911, or an AMG GT coupe for that matter. 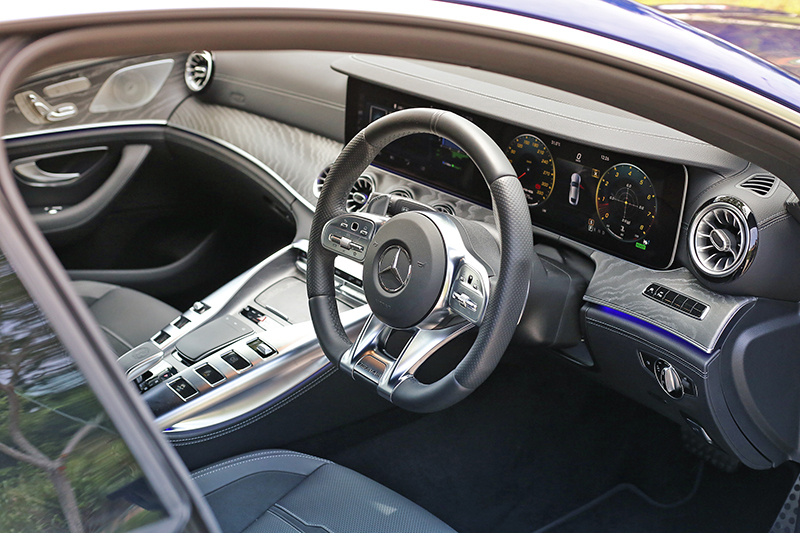 I'm guessing that's because Mercedes wanted this to be a cruiser more than a bruiser. If so, then it does excel in that area, because the GT 4-door is a rather cushy car to cover roads in. 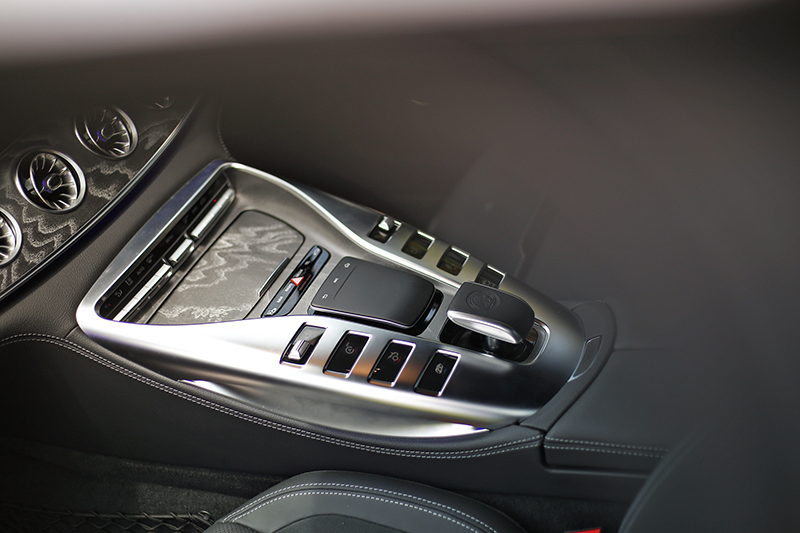 Cue in the high-tech 12.3-inch info and instrument screens paired within a single panel, exotic woodgrain finishes, comfy massage seats, funky customisable ambient lighting, and the GT 4-door makes for a rather cool car cabin. It's not really to my taste (I find it a bit gimmicky), but it's a stylish environment nonetheless. 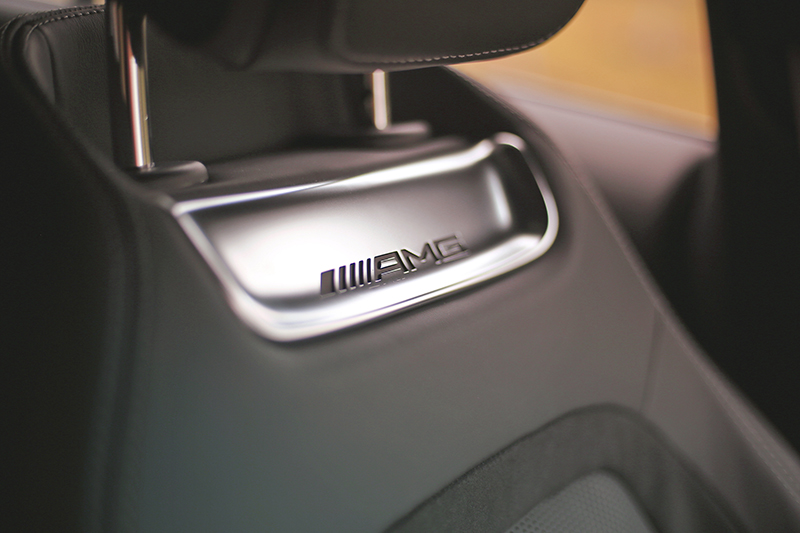 So it's a fast and comfortable AMG, but does that receipt work? 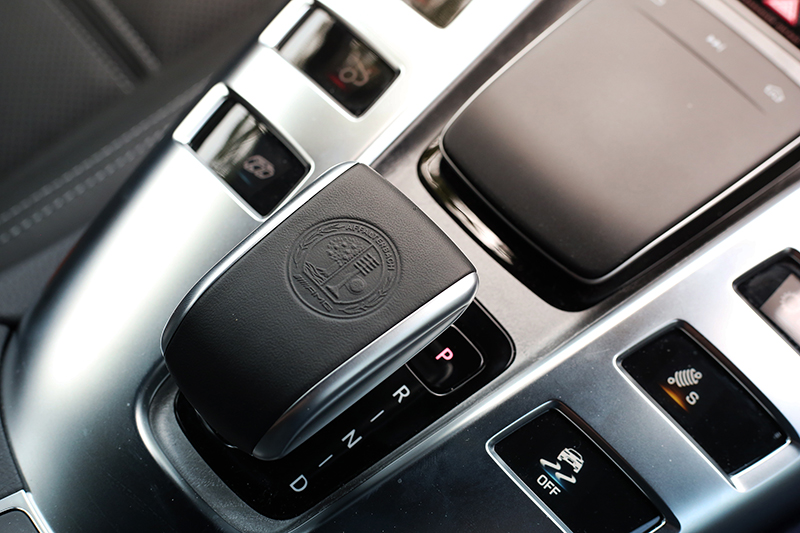 I'd have to say yes and no. Yes, because it does fit the bill of a Grand Tourer, which this car is meant to be. It is fast with sort-of-sporty driving dynamics, yet makes for a comfortable cruiser for long-distance travel. 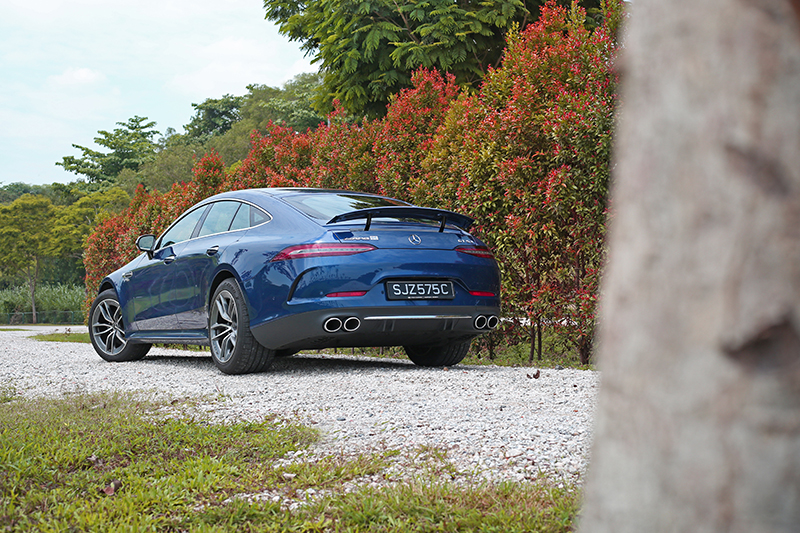 Yes, also because it looks pretty darn good with a low slung profile that's accentuated with a sweeping back silhouette. It's got bulging curves in the right places that tell other cars "Don't mess with me, I'm an AMG!" all without even moving. 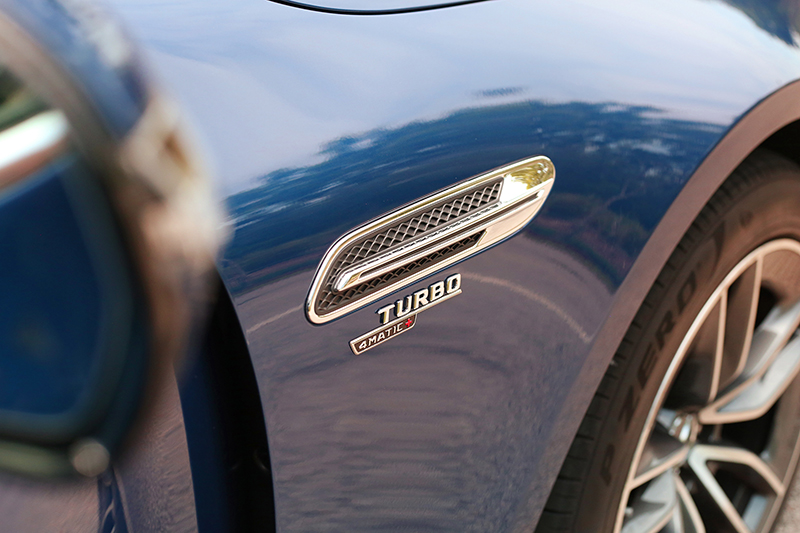 Why no then? Well, simply because most buyers would have the CLS over this. The CLS is a proper 'stretched' coupe-styled model with all the characteristics of a Mercedes-Benz, yet it has a lower price tag (almost $100,000 cheaper). Sure, it's not AMG-badged, but it looks almost similar (see pic below) and has all the right features without being pretentious. 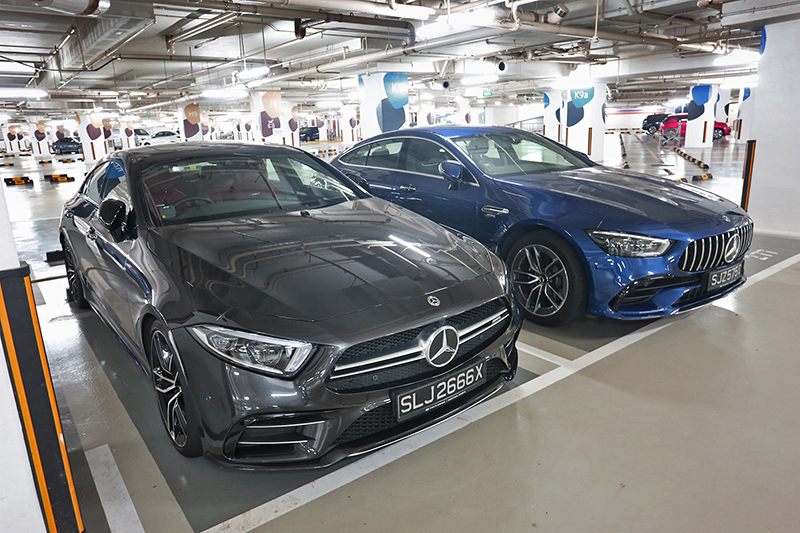 In the end, Mercedes seems to have cannibalised its product range by offering near-identical models like these. The CLA and the A-Class Sedan is another such case (but that's a story for another day). Don't get me wrong, Mercedes-Benz makes, and offers, a great line-up of cars. But this particular one is a bit of an odd-ball that they could have done without. 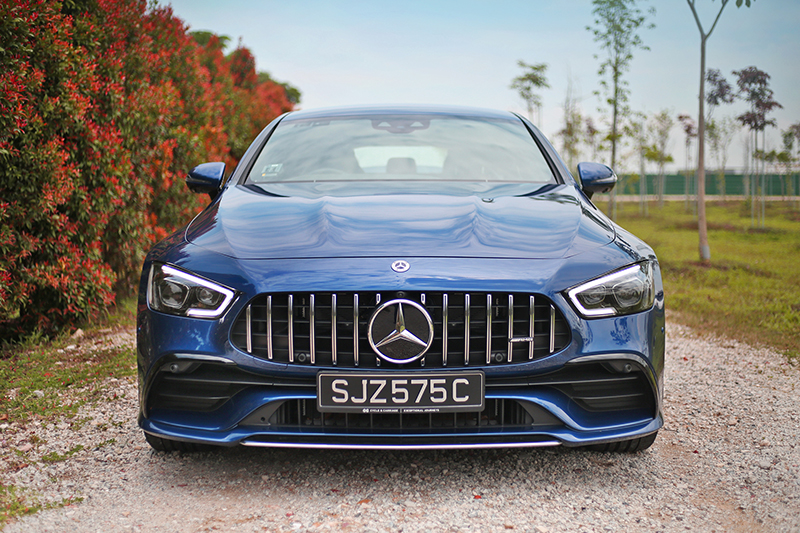