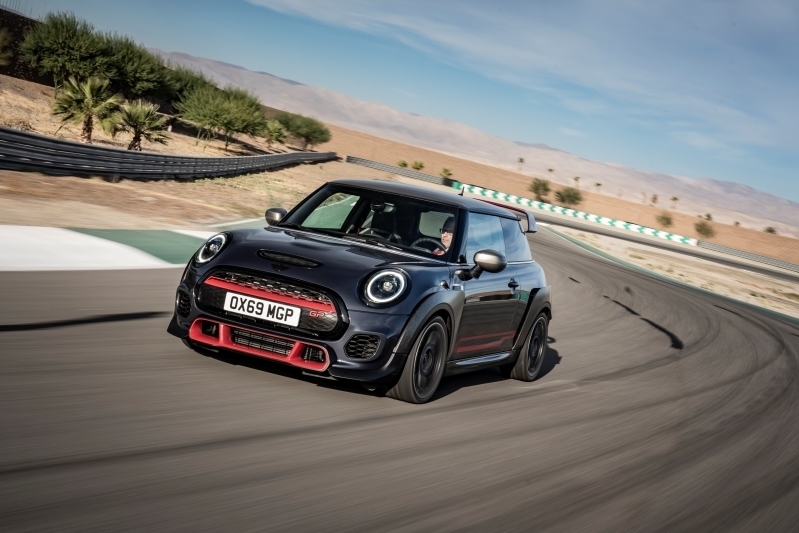 The number five is commonly known as humanity’s number. Some say it is the number of freedom, mobility, harmony and change. Aptly, MINI introduces a squad of five in 2020, all designed to appeal to your five senses of touch, hearing, sight, smell and all in good taste! We anticipate an electrifying 2020! 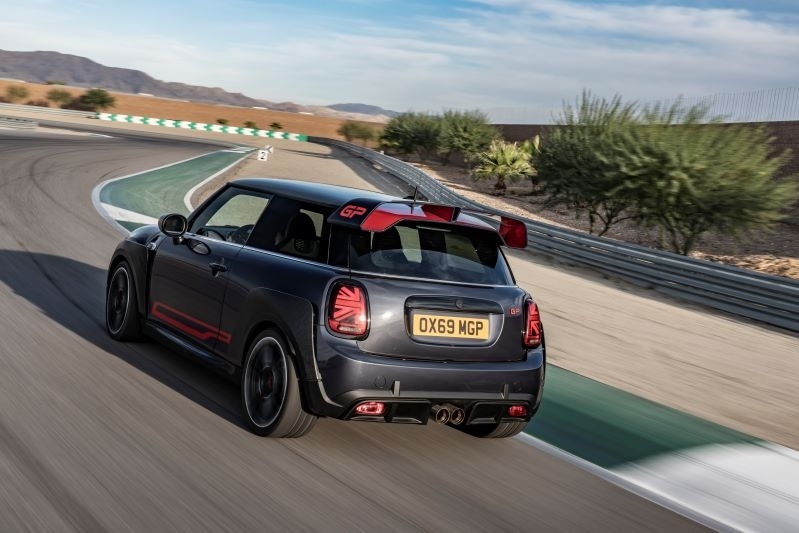 Promising to be one of the fastest MINI ever approved for the roads (achieving a top speed of 265 km/h), the new MINI John Cooper Works GP looks to set new performance benchmarks in the premium small car segment. Based on the MINI-3-door design, a 4-cylinder turbocharged engine powers this two-seater model, delivering up to 306 hp. Reportedly, there are only 3,000 limited edition units produced and looks to arrive at our shores in Q3, 2020. As a stamp of its limited edition run, the numbers “0001” to “3000” are applied on the front wheel arch panels. Even the interior passenger side trims bear the unique limited edition numbering. 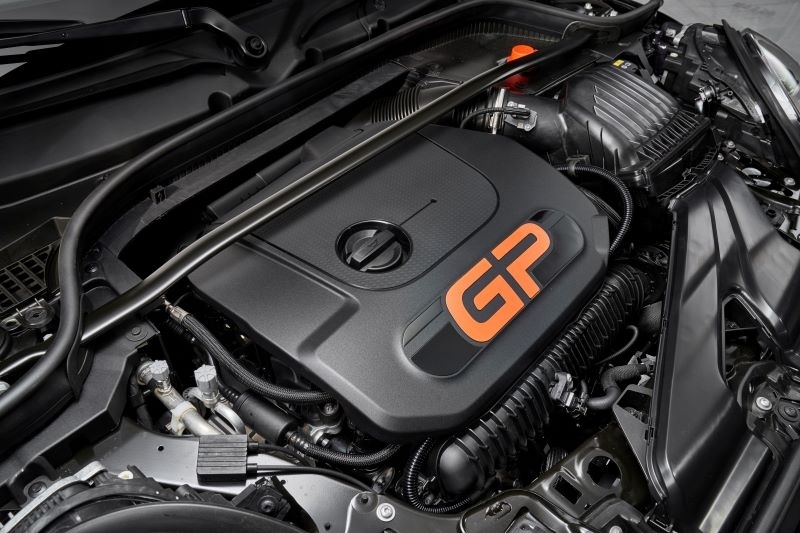 For racing fans, this model is pedigree, stemming from a tradition intimately linked to Formula 1 design legend John Cooper. Standing at the forefront of the MINI and John Cooper Works model range, the new MINI John Cooper Works GP appeals to the inner racer in you. We are pleased to discover that as part of the development process, it finished a lap of the Nordschleife at Nürburgring in under eight minutes – nearly half a minute quicker than its predecessor. The new MINI John Cooper Works GP is blessed with specially tuned suspension springs, uniquely adapted auxiliary springs, dampers and stabilisers, not to mention an engine that was precisely tuned during intensive testing at Nürburgring. This enhances its reputation as an exceptional athlete that looks to handle unmistakably well in highly dynamic conditions. 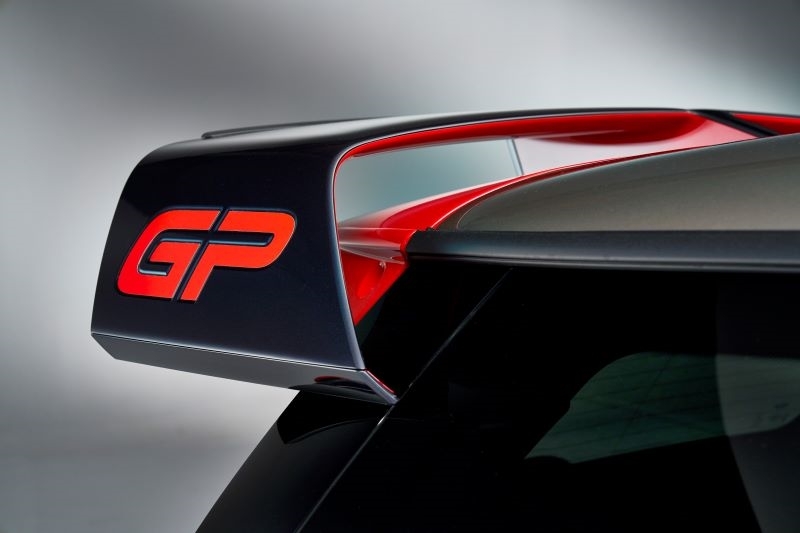 The reversed wing generates substantial downforce, with minimal drag, keeping the vehicle grounded at high speeds. The word “athlete” consistently describes the new MINI John Cooper Works GP. Bestowed with a sporty flair complemented by its performance prowess, we are not surprised to see why. 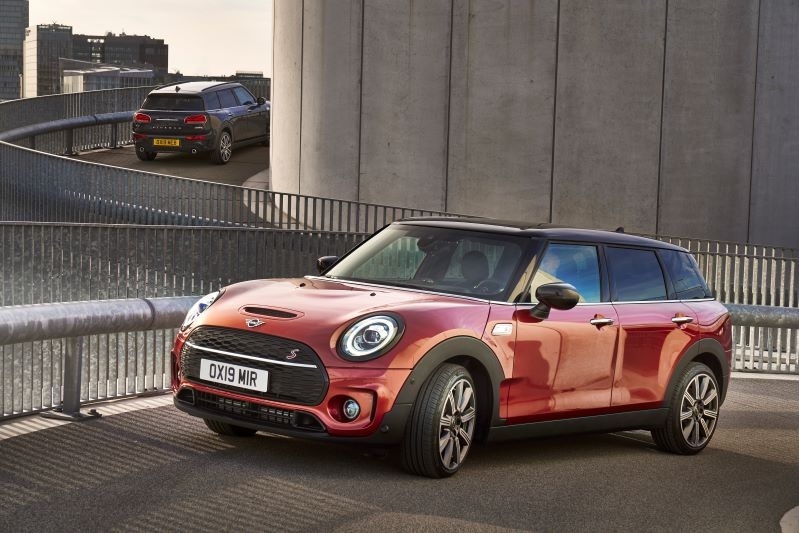 This stylistic 5-seater (five again!) acquires a newfound aura accentuated by fresh interior and exterior features. Strikingly, the radiator grille now extends across the bumper. Endowed with confident contours, enlarged headlamp reflectors and a new air inlet structure, this is the only MINI model in the premium compact segment to offer six doors. Boasting exceptional versatility, the luggage compartment extends from 360 litres up to a baffling 1,250 litres! Output ranges from 102hp to 192hp depending on petrol or diesel engine choice. The latest connectivity options are available with the new MINI Clubman that combines hallmark MINI handling in congruence with the rigours of long-distance travel and daily driving. With a plethora of customisable accessories, audio and navigation options, the new MINI Clubman presents a palette of expression for the fun-loving, discerning and informed driver. An all-wheel-drive system (ALL4) option is also available if you decide to steer away from the front-wheel power transmission typical of a MINI. Watch out for its launch in Q1 2020. 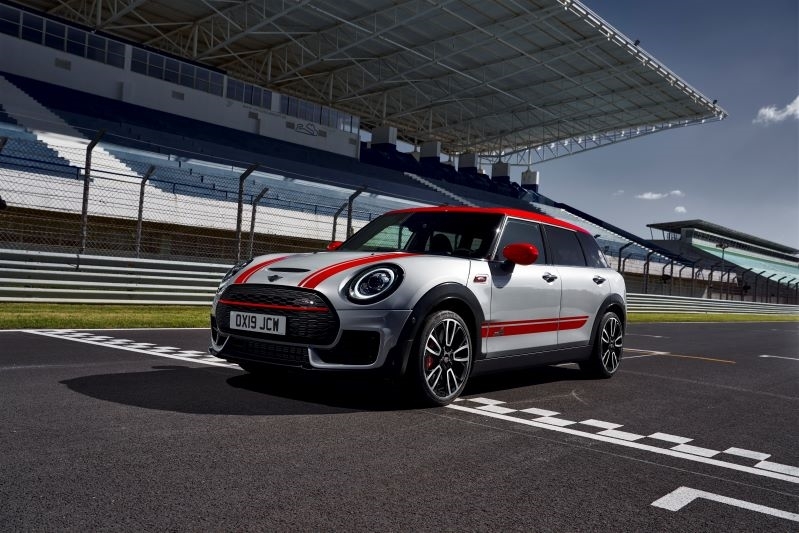 Presenting one of the most powerful models approved for public roads in MINI’s 60-year history, the new MINI John Cooper Works Clubman and Countryman’s 4-cylinder turbo engine delivers a potent 306 hp. In both models, this robust engine pairs with an 8-speed Steptronic sports transmission, ALL4 all-wheel-drive-system that includes a mechanical differential lock on the front axle. With auxiliary reinforcements/modifications to the body structure and engine connections, the John Cooper Works edition is MINI’s performance elite. 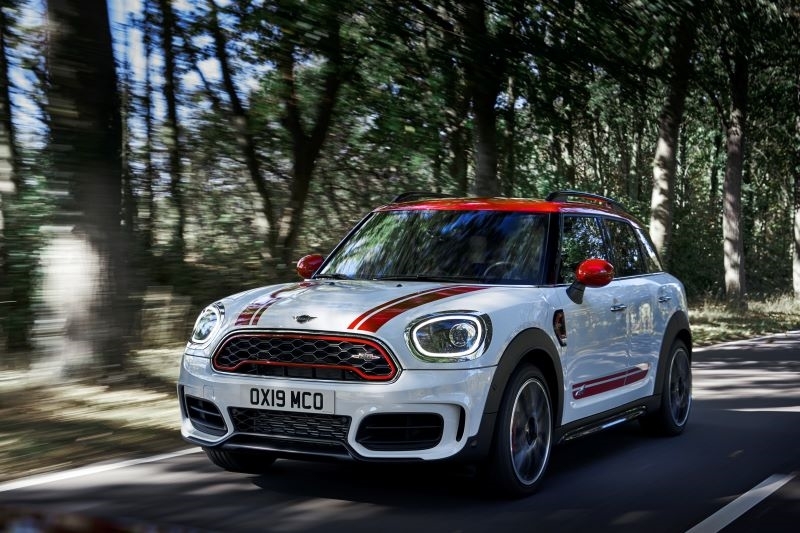 Delivering a maximum of 450Nm of torque (a whopping increase of 350Nm from previous models), the new MINI John Cooper Works Clubman fulfils 0 to 100hm/h in 4.9 seconds, while the new MINI John Cooper Works Countryman delivers the same in 5.1 seconds. A significant 1.4 and 1.5 seconds improvement over its predecessors. For the first time in MINI, the maximum speed for these new models are now electronically limited to 250km/h. Audibly, sonorous, mellifluous tones of the newly developed exhausts accompany every high-speed sprint. 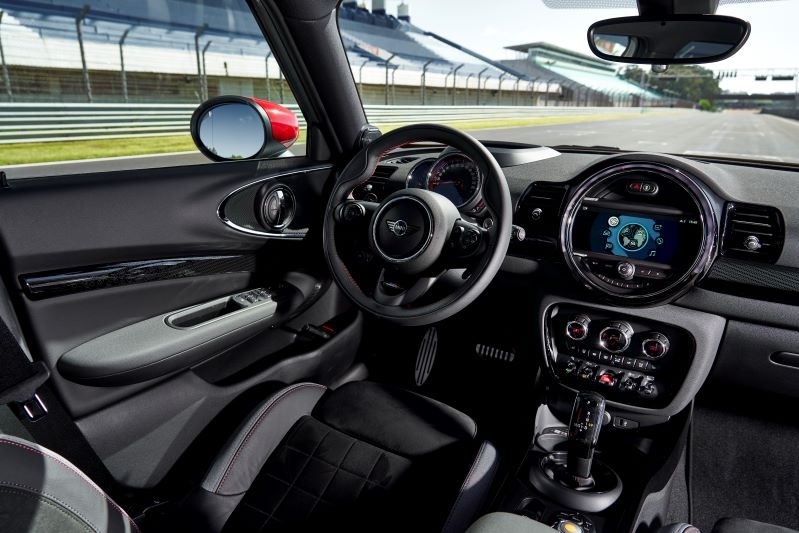 Environmentalists will be pleased to know that both models comply with Euro 6d-TEMP standards. We are delighted to discover that the large air inlets, purposefully located at the front, serves more than just aesthetics found in some sports cars today (we won’t mention who!). Instead, they are installed with a mission to meet the cooling requirements of the drive and brake systems. 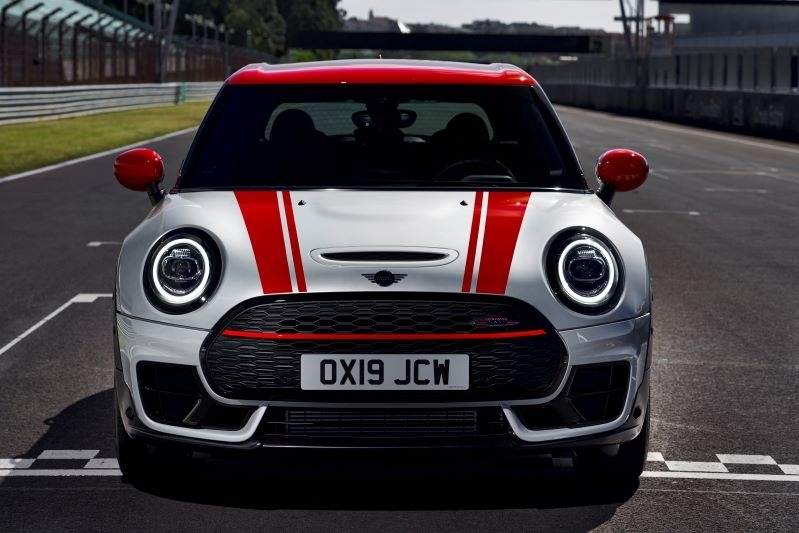 Bestowed with the prowess of agility, precision and a spirited vigour, the MINI John Cooper Works Clubman and Countryman both offer the optional custom livery (in red for the roof, mirror caps, side scuttles) for the champion’s look. Indeed, both models will make excellent drafts in our All-Star lineup! 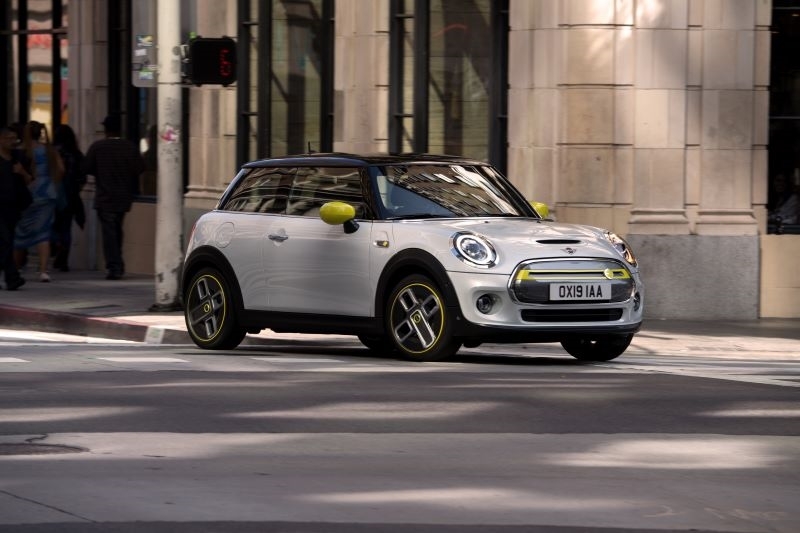 Green warriors rejoice! Advancing well with the times, the first-ever MINI Electric unveils in Q3 2020. Rest assured, this purely electric ride does not compromise that hallmark agility and quality that MINI is renowned. With a spontaneous power delivery of 184 hp, maximum 270Nm of torque and a range of between 235 to 270 kilometres, the MINI Cooper SE is well suited for Singapore’s emotional urban terrain. The battery is positioned deep beneath the vehicle floor to ensure no volume restriction to the luggage compartment, adding to increased road holding and stability. 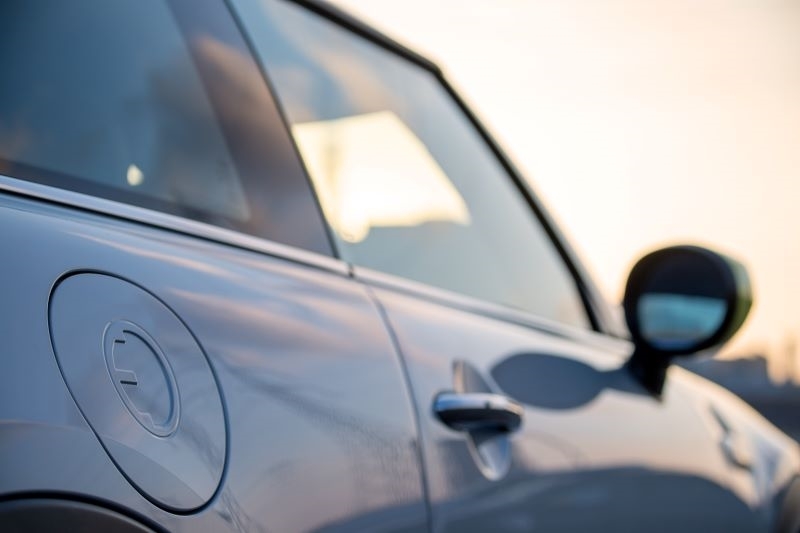 Characteristic of driving an electrical BMW group model is the “one-pedal” feeling. Particularly in urban traffic, the vehicle seemingly decelerates when the driver lifts their foot from the accelerator. Here, the electric motor transforms kinetic energy to electrical power that feeds back into the battery, resulting in deceleration at low speeds without the use of the brake system. For some drivers, this feature is much to be desired. 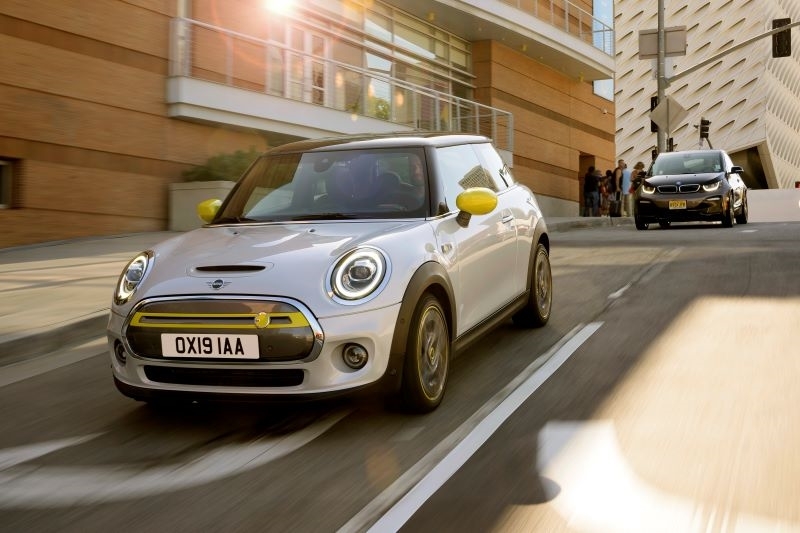 Here’s the good news! The new MINI Cooper SE is the first electric model in the BMW Group that allows the driver to influence recuperation efficiency. A simple switch toggle controls the deceleration impact, regardless of the 4 MINI Driving modes in operation. Thus it is possible to style the deceleration impact according to individual driving styles. For example, making use of momentum when cornering or employing a more intense braking effect. 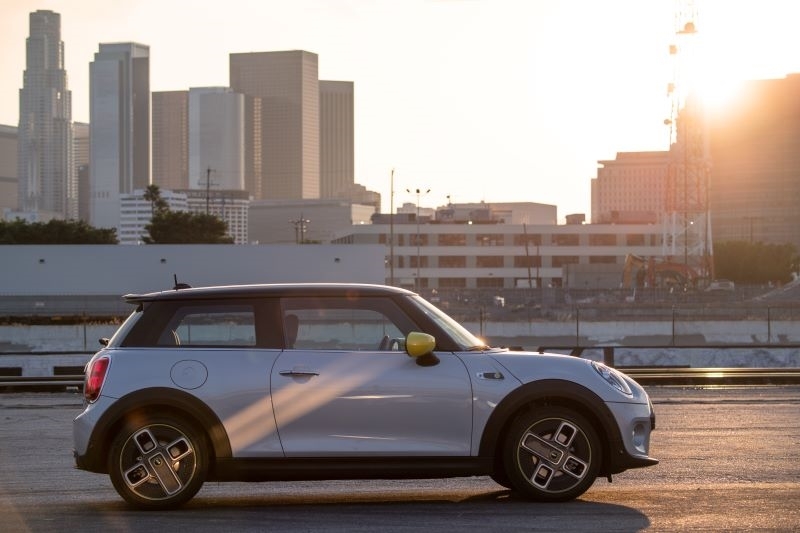 The first-ever MINI electric looks to be the power forward of 2020, by bringing that hallmark ‘go-kart’ feeling into the electrical realm of the motoring future. Which is our favourite MINI? A tough question to answer, but as we drive into the sunset of 2019, 2020 looks to be a winning year for MINI either way you choose!