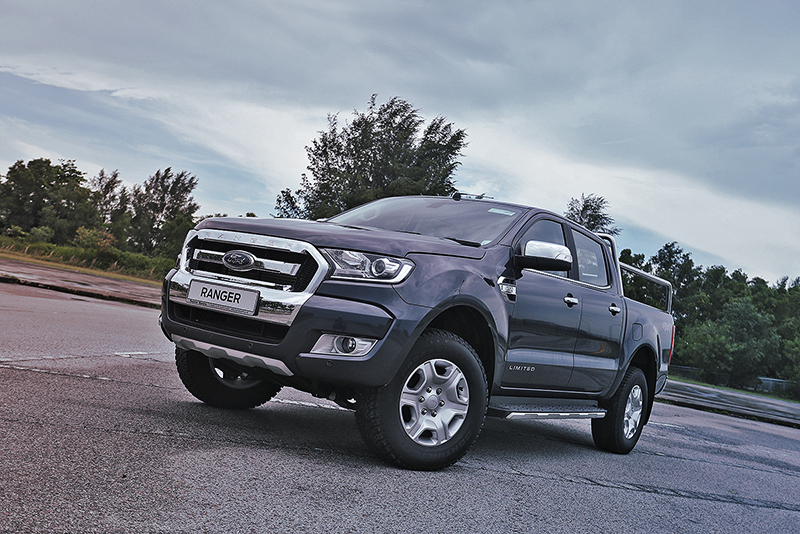 Possibly one of the most rugged cars you can register under your name (yup, you won't need to have your own company to own this truck). But is it worth the money?

Say 'Ford Ranger' and for most people, the thought of modified trucks with lift kits will come to mind. Unlike the more common Mitsubishi and Nissan options, the Ford has a slightly cooler fan base, perhaps due to its bigger sibling the F-150, which is not available here because it is built only in left-hand drive (there are conversion kits available in the UK, but those will never be approved here).

So the Ranger is the next best thing. It is indeed a cool looking truck. In stock form, it already has the makings of a mean machine. Although bigger wheels and a wide fender kit will take that up a notch pretty nicely, much like the Raptor variant. 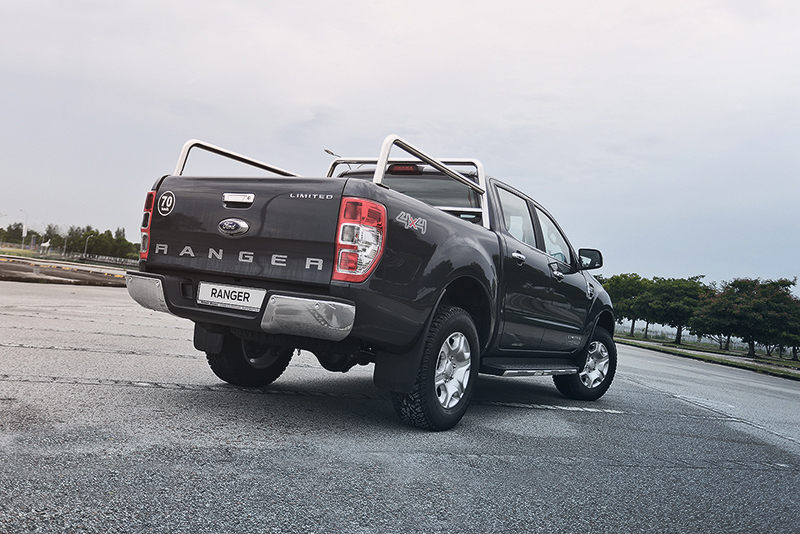 The variant brought in my the local distributor is the XLT. Fitted with a 3.2 turbo diesel DuraTorq unit that generates 197bhp and a needful 470Nm of torque, the Ranger gets around town with more than ample pulling power. 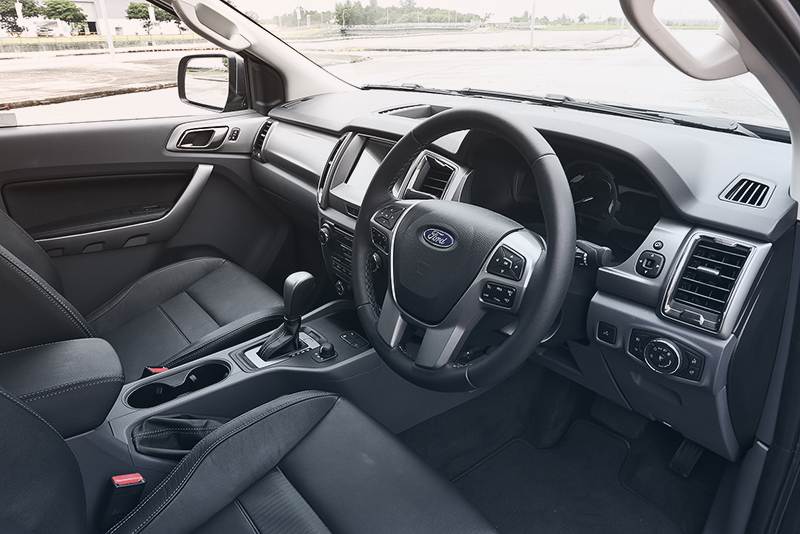 This dual-cab model with a rear passenger section also has the features of a regular SUV. Cue in a fully digital infotainment system with Bluetooth function, Apple CarPlay/Android Auto and a nifty instrument cluster. The seats at the back are also comfortable for three adults, albeit in a rather upright position, and it even has dual-zone climate control. 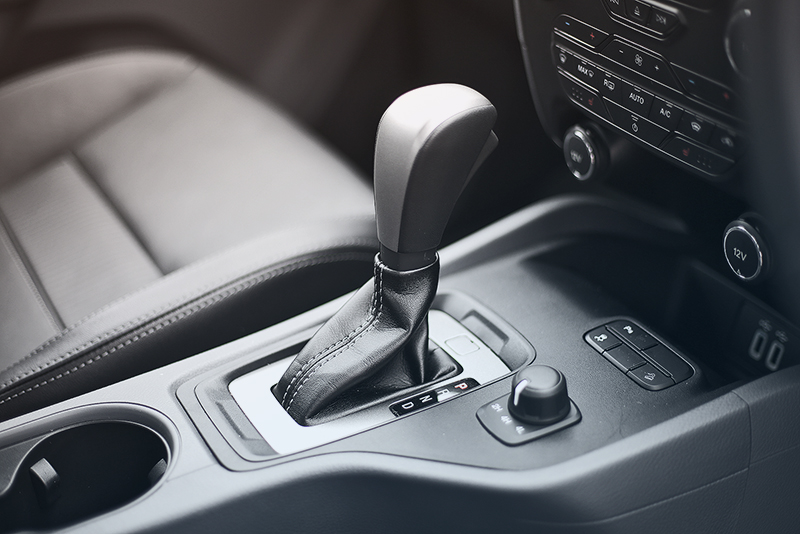 Interior materials used might not be of the best quality with many utilitarian hard plastics used everywhere, but if you're going to be using this as a do-all-go-everywhere tool, then that's not a bad thing. In fact, some cool design touches with dark grey and chrome trimmings do well to liven the cabin up. 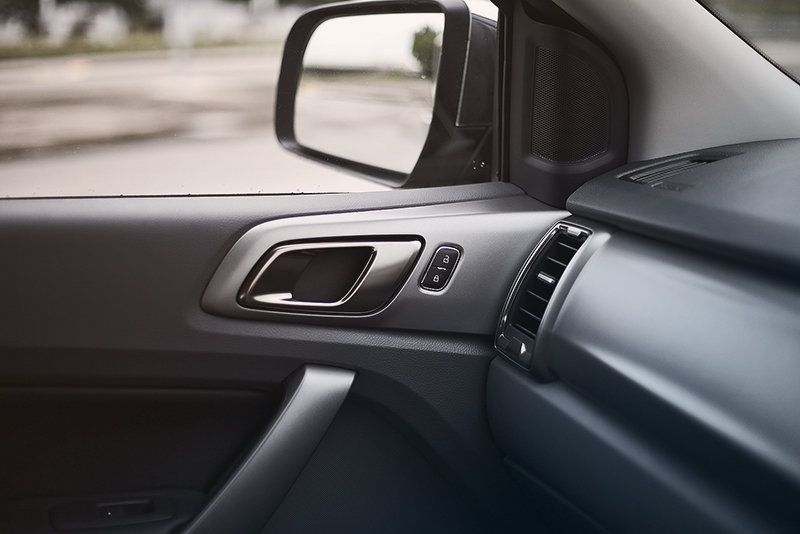 As with all pick-up trucks, the Ranger has an open 1,180-litre area at the rear that will swallow a huge amount of cargo. IKEA shopping trips will never be a concern - although you need to make sure the weather is sunny. 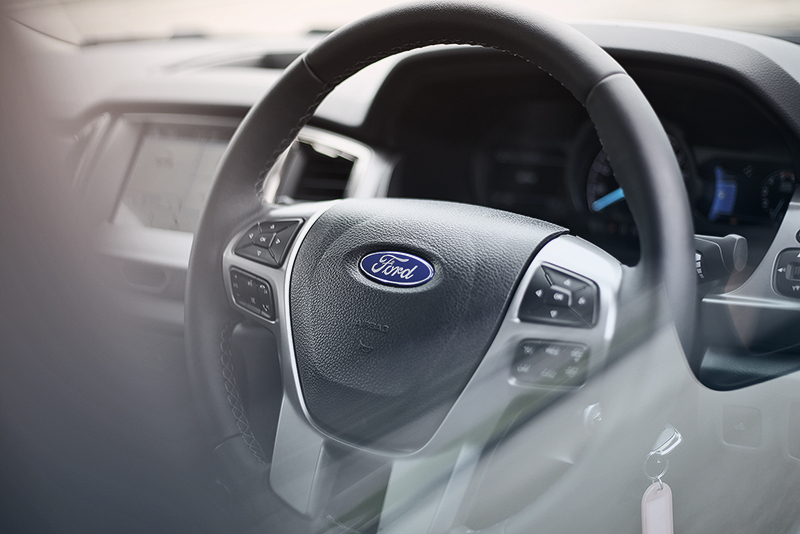 Driving the Ranger might be daunting to some, but in fact, the large truck doesn't really feel its size. You sit higher than most other 'peasants' on the road and visibility is good so you always get a good gauge on where you are on the road. 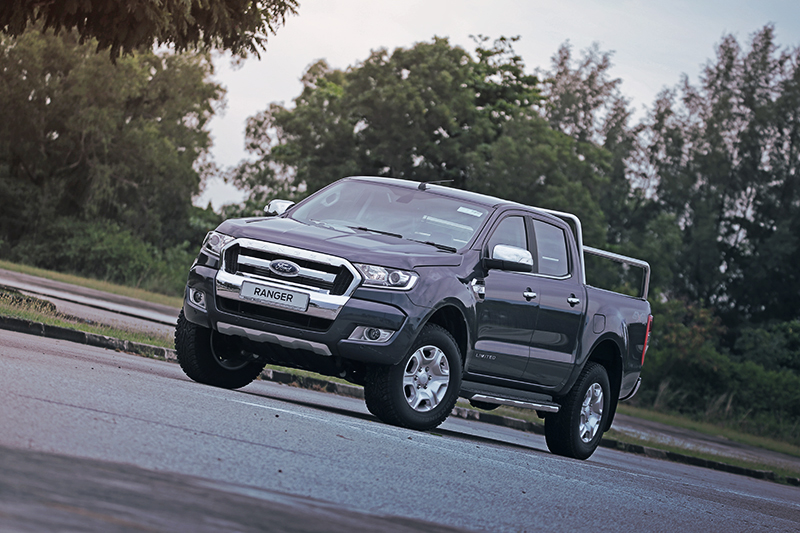 Power and torque from the 3.2-litre five-cylinder turbodiesel are more than enough for most duties - the only irritating problem is the 70 km/h speed limit that you're 'forced' to abide by because there's a beeper that reminds you that you've exceeded it. 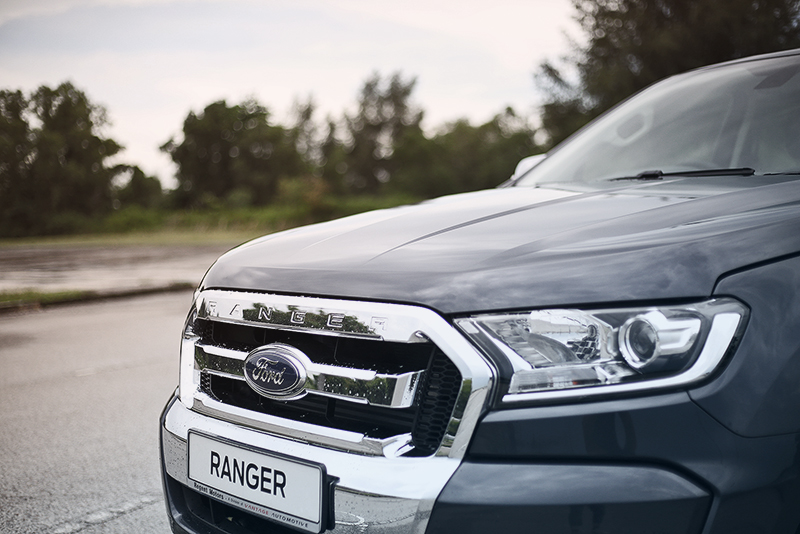 Yes, you're still bound by commercial vehicle rules because - while you can have it in your own name - the Land Transport Authority insists for the Ford Ranger to be registered as one. 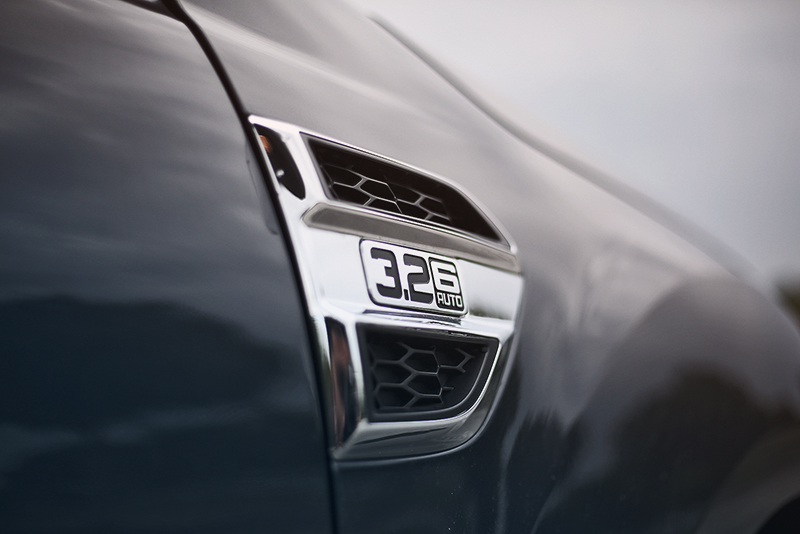 Of course, you can get the beeper deactivated, but this is BAD and ILLEGAL! Don't do it! 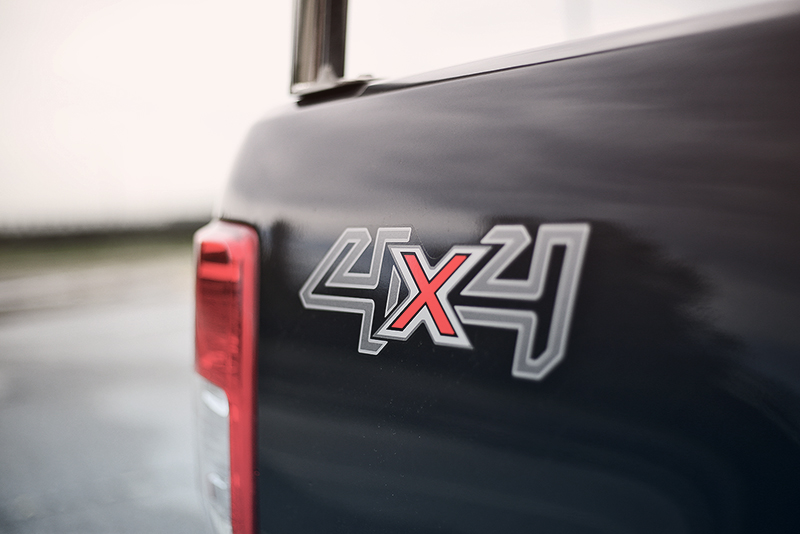 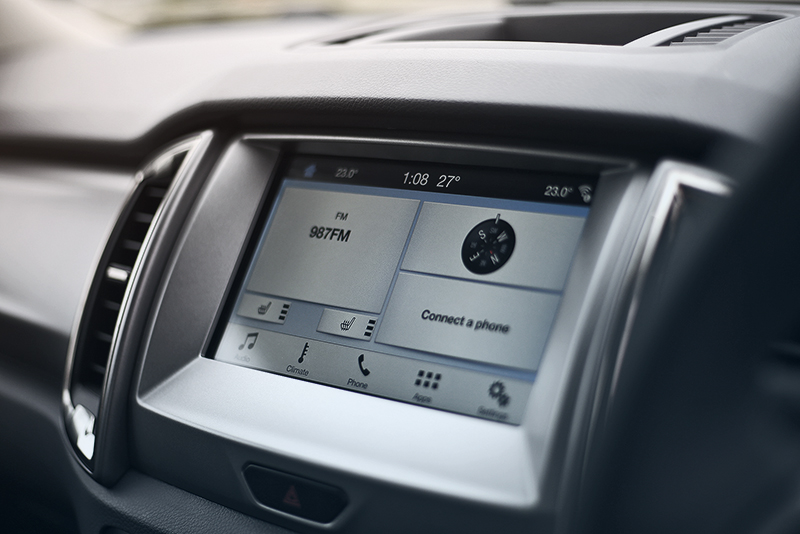 I used to wonder what it was like to drive a truck on a daily basis. Having had the chance to steer one over the past few days, I'd say that the Ford Ranger makes it really easy. I'd personally go for some fatter wheels, the wide fenders, a canopy cover for the rear cargo area and perhaps some aggressive fog lamps to complete the look. 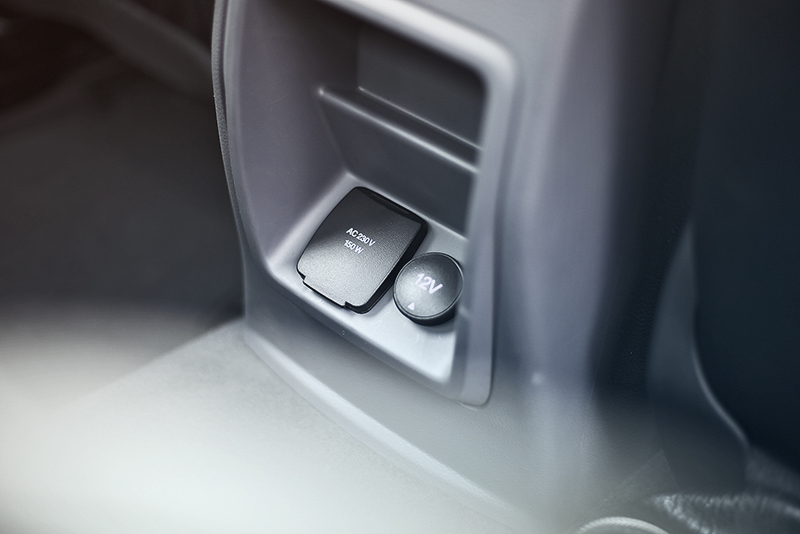 The only issue is the price. At around $130,000, there are many other options out there in the market that won't have you bound by commercial rules. But aside from a Jeep Wrangler Unlimited (which is on a different price level) I'd dare say that nothing else comes close in terms of rugged coolness. 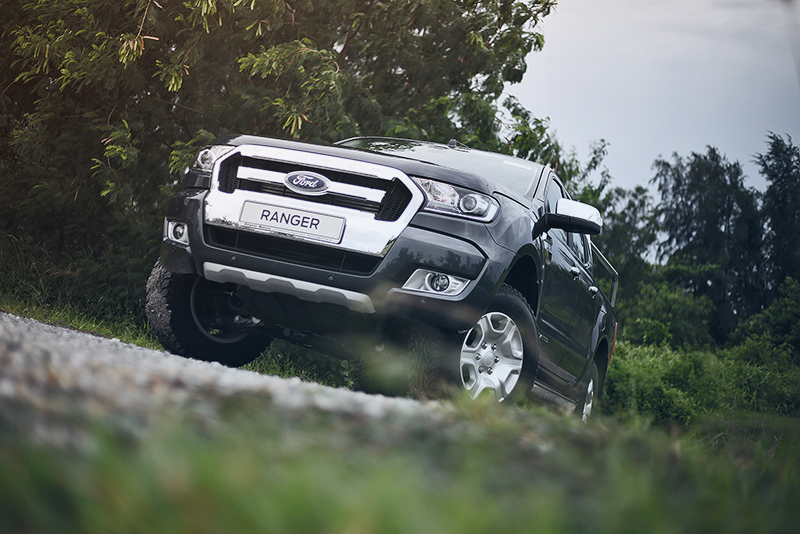