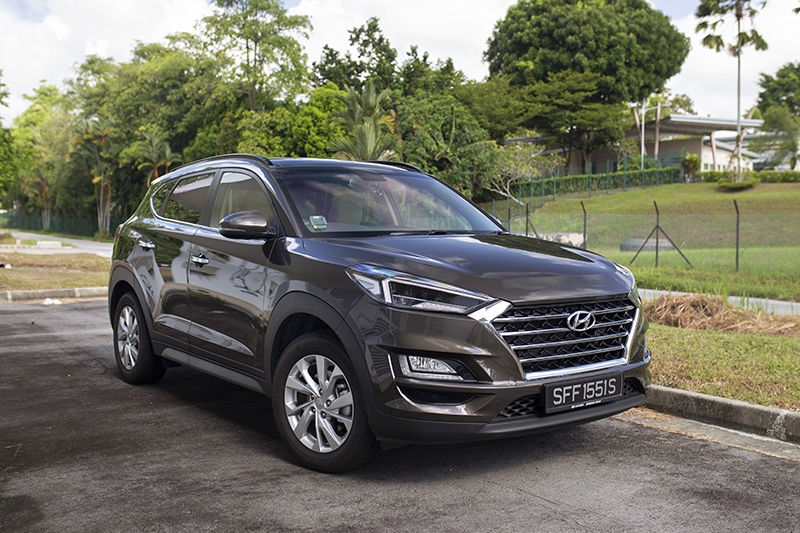 Hyundai refreshes its well-loved SUV by addressing areas of improvement

Joining the automotive manufacturing sector a bit later than everyone else, the Koreans started off playing second fiddle to the established Japanese brands when the second-generation Hyundai Pony hit the global export markets in the early 1980s.

Ever since then, they’ve been on a continuous quest for improvement, matching up to or even beating the Japanese at their game, simply by offering quality and value in packages that are agreeable with most Singaporean consumers. 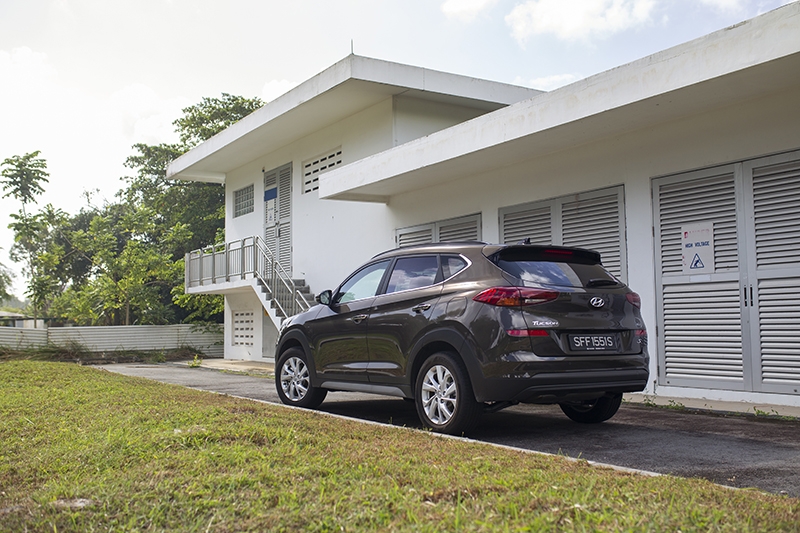 The new Tucson joins a hotly contested consumer segment that it’s no stranger to — with the first-generation Tucson sold here since 2005 — but it’s also a segment that has seen multiple new entrants over the years, threatening the Tucson’s reign as the affordable, value-for-money family crossover. 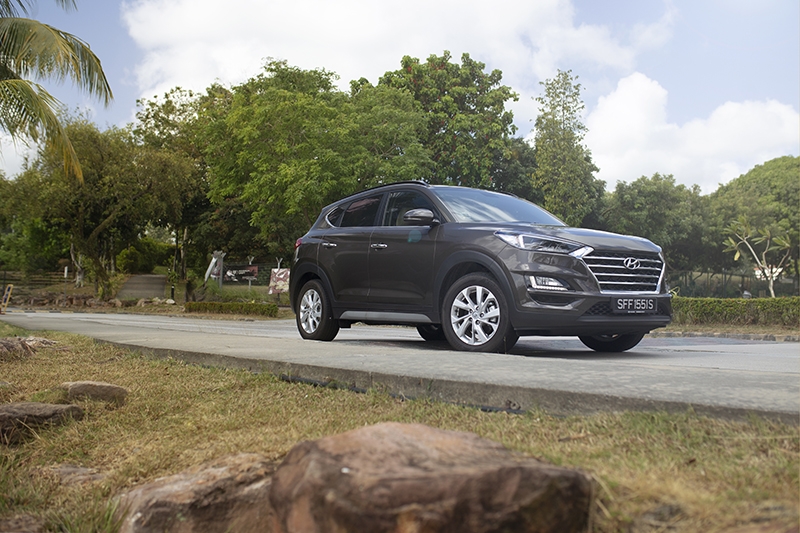 This Tucson right here isn’t an all-new model, but rather a facelift of the existing model that was introduced in 2015 together with the downsized and turbocharged engine. 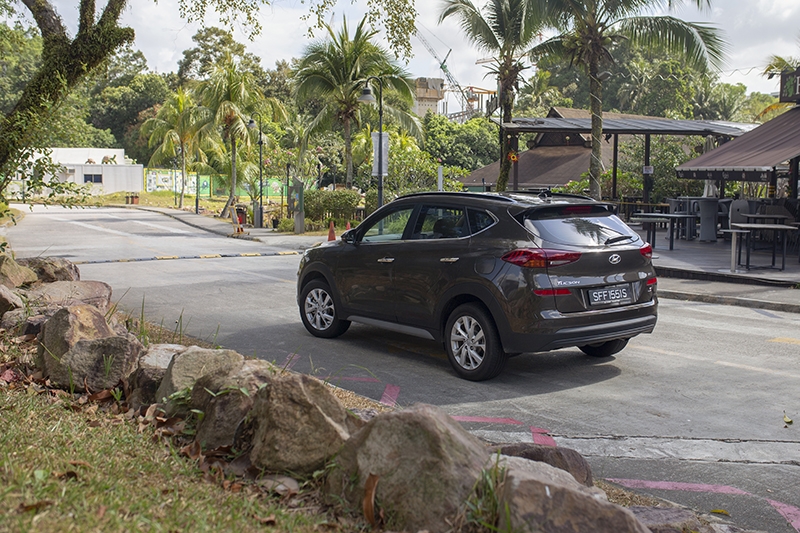 The said engine is identical to the lump found in the Kona; a turbocharged 4-cylinder 1.6-litre GDI powerplant that produces 175 bhp and 265 Nm of torque, mated to a 7-speed dual-clutch transmission. Working together, they propel the 1.6-tonne Tucson to 100 km/h in 8.9 seconds, while returning a rather decent fuel economy figure of 14.1 km/l. 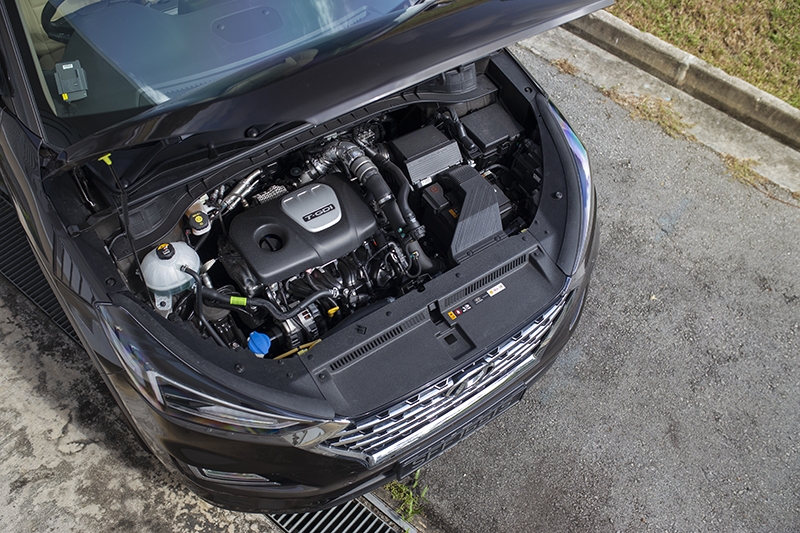 Most of the changes aren’t immediately obvious to the casual passerby, with most of the Tucson’s improvements made inside the cabin, where it matters most. 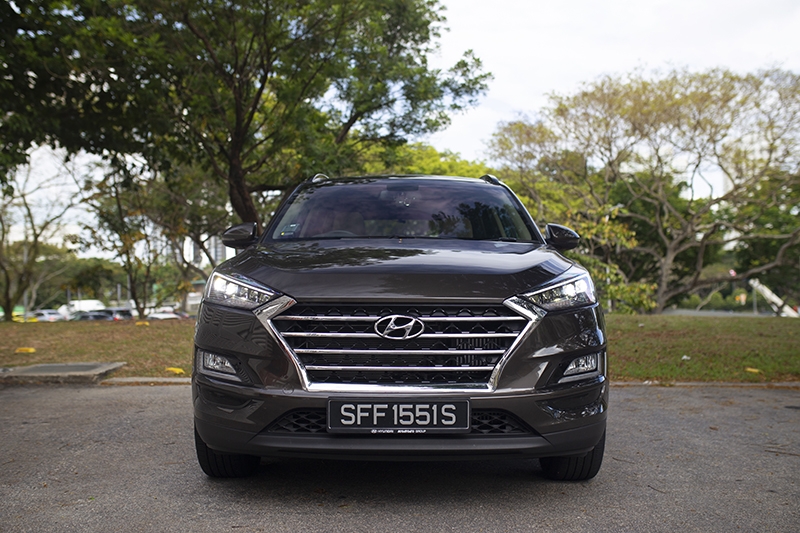 Up front, new full-LED headlights and DRLs flank the reshaped ‘cascading grille’, while the rear end gets freshened up with a new LED taillight design to keep it congruous with the rest of the Hyundai range. Down the sides, the Tucson’s profile gets sharpened up, with redesigned 17-inch wheels wrapped in rather sensible 225/60R17 rubber. 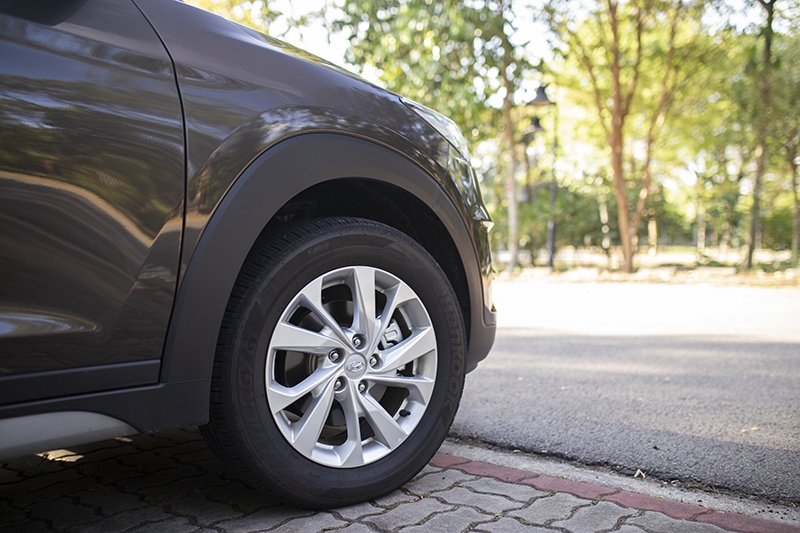 Inside the cabin is where the differences are obvious. The centre console has been completely redesigned, with the 7-inch infotainment screen now mounted up top rather than cocooned inside the dashboard. 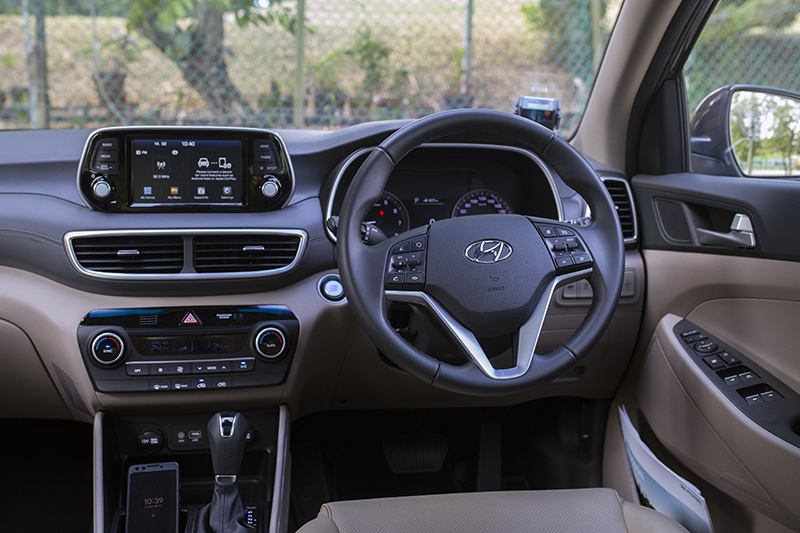 Other redesigned elements include the leather upholstery, instrument cluster, and air vents that are now in a neater horizontal row just above the climate controls. 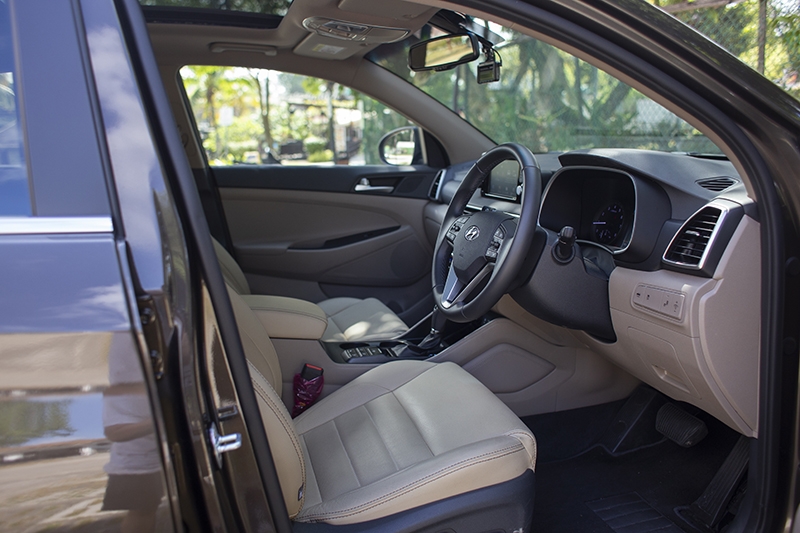 New features that allow the Tucson to keep up with its contemporaries also include a streamlined ‘shark fin’ roof antenna, an electronic parking brake, a USB charging port in the second row, and a Qi wireless charging pad tucked below the centre stack. 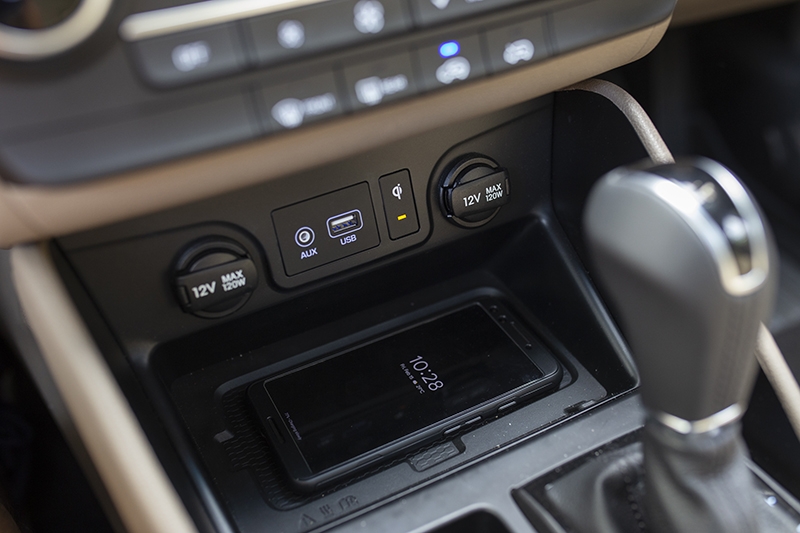 On the road, the Tucson\'s rather sprightly drivetrain will put it ahead of its naturally aspirated Japanese competitors. Give it a bootful at the lights and the Tucson exhibits an un-SUV-like eagerness - a result of Hyundai's engineers tweaking the software for the dual-clutch transmission. 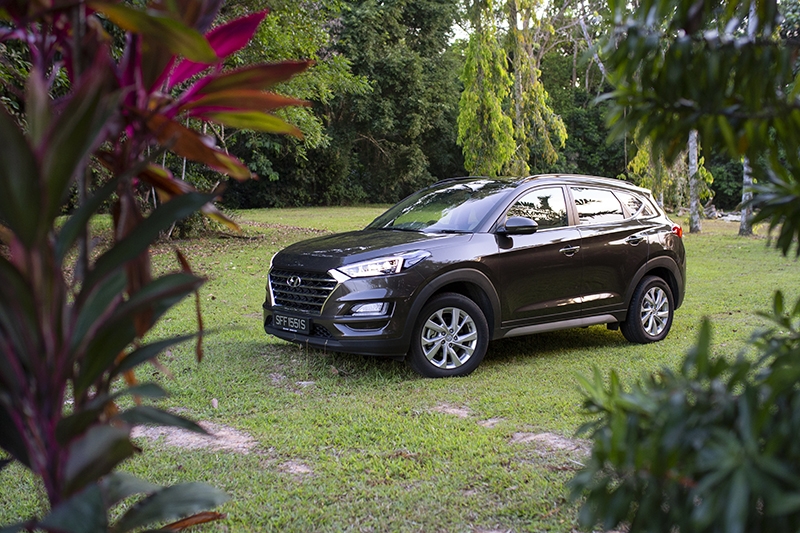 With the Tucson, Hyundai hasn't made an SUV that could proudly wear an 'N' badge - unlike its drivetrain, its chassis setup brings no joy when you fling it around a corner. That's not to say that it rides terribly, though; a sports car it is not, but it excels at being a family car. 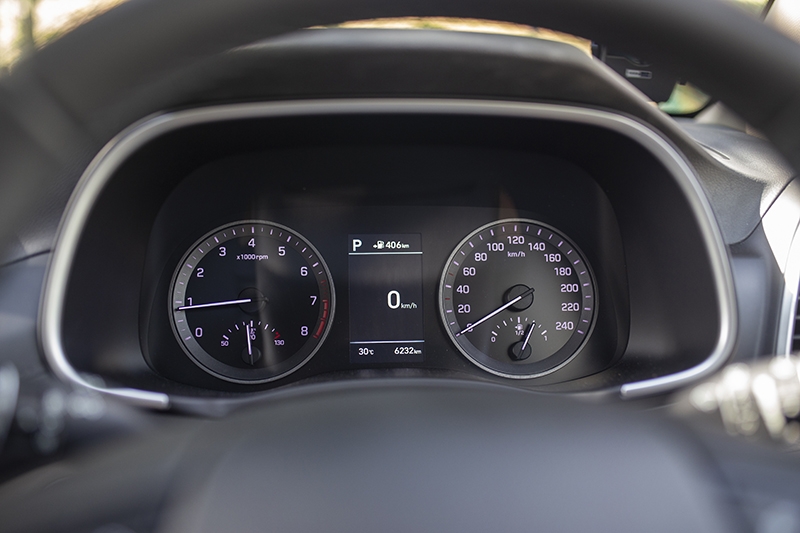 Despite its height, the suspension is stiff enough to mitigate body roll around corners enough that your passengers won't get sick going up Cameron Highlands, yet it manages to absorb the majority of bumps to maintain a comfortable ride over small bumps and undulations. 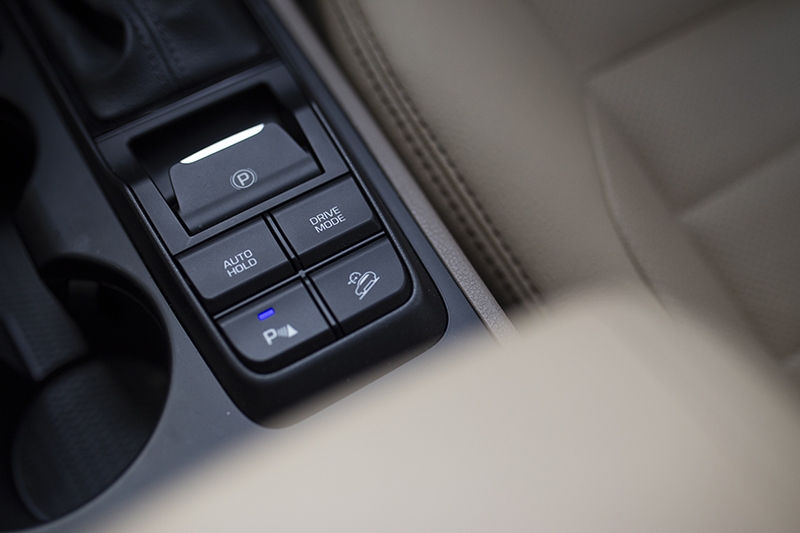 With the Tucson, Hyundai's taken an already very competent car and futureproofed it with some choice updates. It's brisk to drive, comfortable for the passengers, and economical at the pumps - and starting at S$128,999 with COE (as of April 2019, S$140,999 as tested), affordable too. 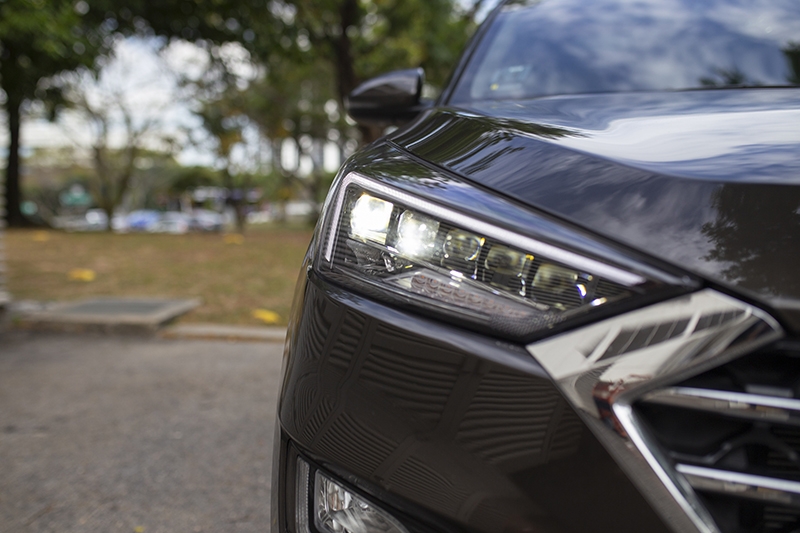 If you're looking for a car in the segment that feels premium and doesn't break the bank, you'll find that the Tucson is a rather sensible proposition in this competitive segment. 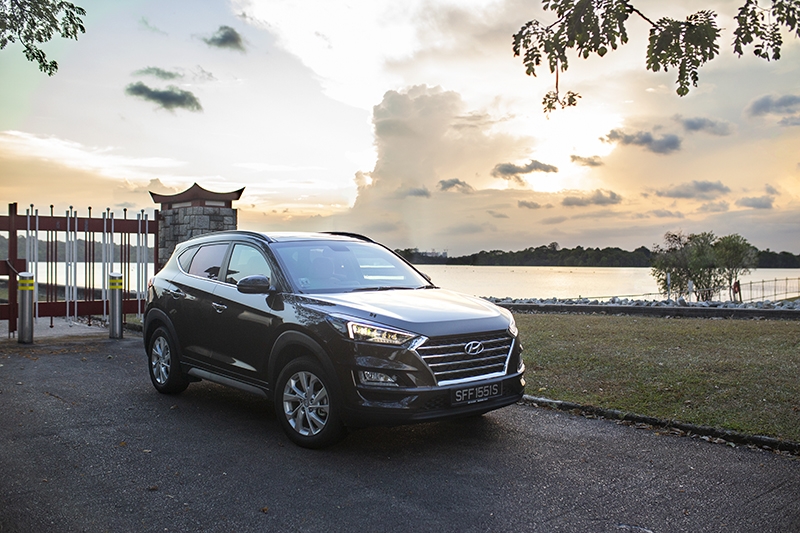