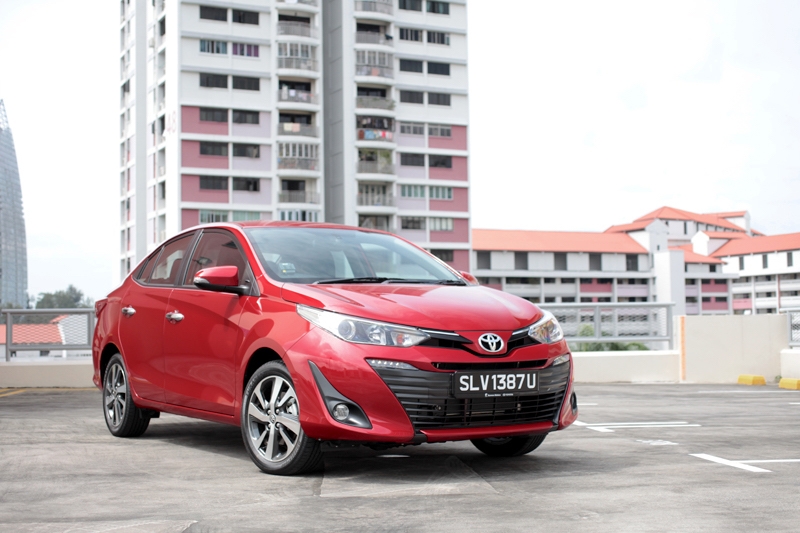 5 Reasons Why The Vios Deserves The Love

The Toyota Vios may not be the fire-breathing monster most of us wished for, but it is not without its attention-grabbing merits…

Every person reading this story must have, some way or another, came into contact with Toyota’s venerable Vios at least once in their life; after all, the first Vios model arrived on our shore about 15 years ago. Like the (slightly) bigger Corolla Altis, you see it everywhere; heck, they’re even used by learner drivers at driving centers and private hire vehicle operators. But when you think about it again, what does this simply mean? Easy: They’re reliable and can surely withstand the test of time.

Which is why, despite the fact the Vios is not exactly a Burnpavement sort of car, we somehow still have a soft spot for it. Without having to dissect too much, here are five reasons why we think the 2018 Toyota Vios is so — please don’t cry bloody murder for this — loveable. 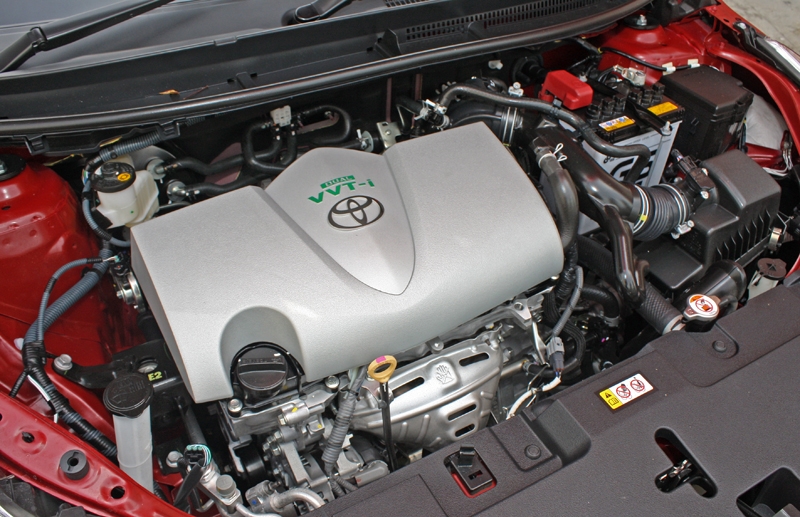 It’s not powerful, but it moves briskly
It doesn’t have a high-revving or force-fed powerplant, but the Vios has enough grunt to let you sprint ahead like an excited puppy from one traffic light to the other. Now running a 1.5-litre 2NR-FE paired to a CVT with seven virtual ratios (previously 1NZ-FE with 4-speed automatic), it pumps out 106 bhp and 140 Nm of torque. Although down on power (107 bhp/141Nm before), the Vios’s refinement is vastly improved as a whole; something highly appreciated when you’re cruising along the expressway at legal speeds. 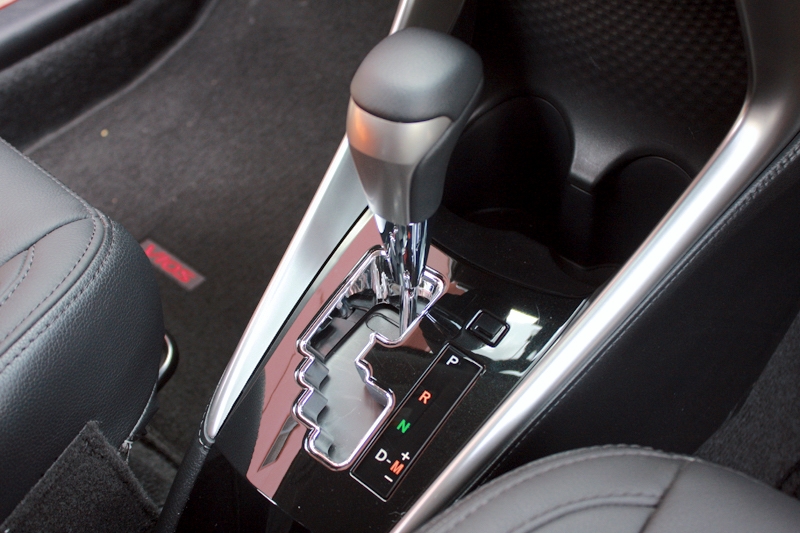 No more jerkiness as it climbs up to cruising speed, engine noise less intrusive and the suspension is perfectly set up for family-carrying duties. The standard audio system is decent too. 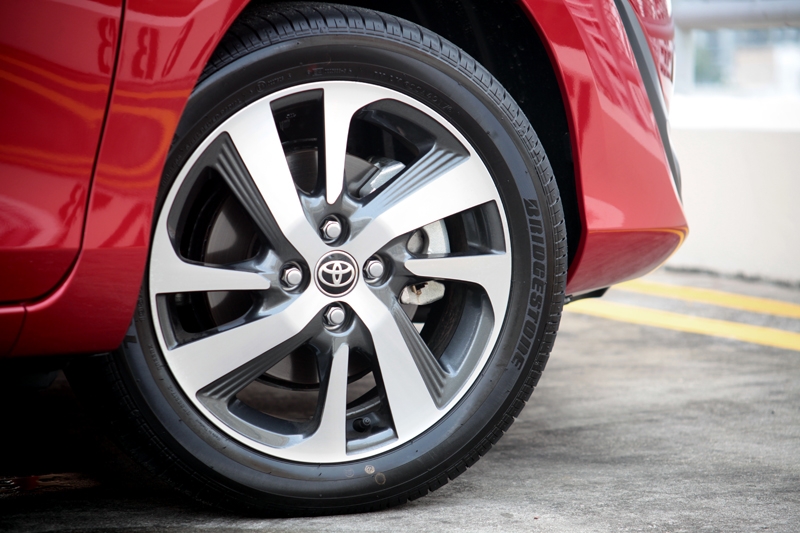 This being a Toyota, in case you’re not satisfied with the factory setting, aftermarket parts are available in abundance! 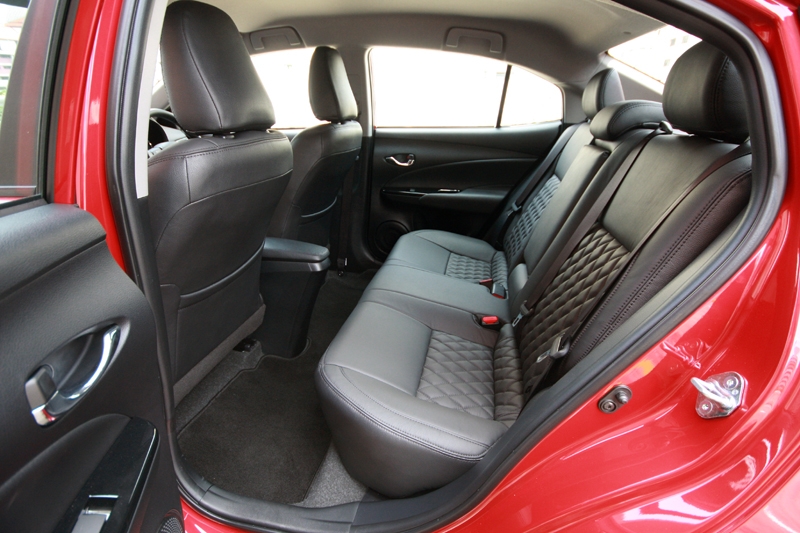 Roomy cabin, it’s ok to live in it
Mildly exaggerating here, but the new Vios - despite looking small on the outside - is surprisingly roomy to ferry three passengers at the back. Simply put, the average family of five could live with this car. 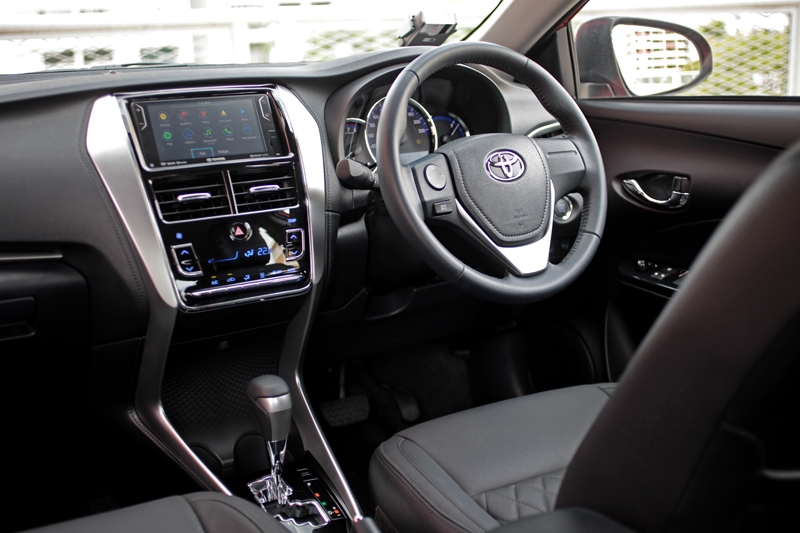 Build quality wise, there is nothing much to expect as you do see more utilitarian than luxurious bits around the car, for example, the use of hard plastic on the dashboard, center console and door cards along with faux aluminium inserts (plastic, actually) to lighten up an otherwise bland atmosphere. But the fit and finish is respectable at this price point, giving you the instant impression it could outlive the lifespan of the car’s COE. 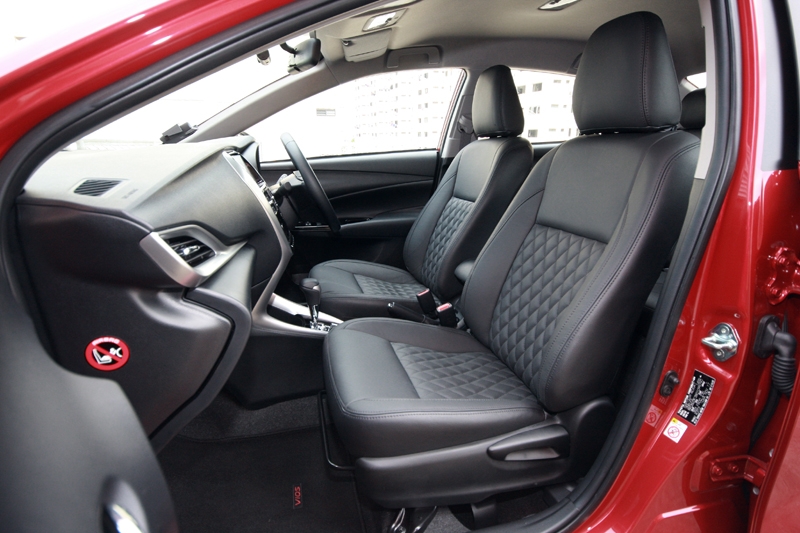 It may come across as tacky to some, but mimicking Bentley’s diamond-quilted seats does lift up the mood somewhat; the standard one in its predecessor had the potential to make you spiral into depression especially after a long day at work, so this is definitely welcomed. And oh, it’s comfy too… 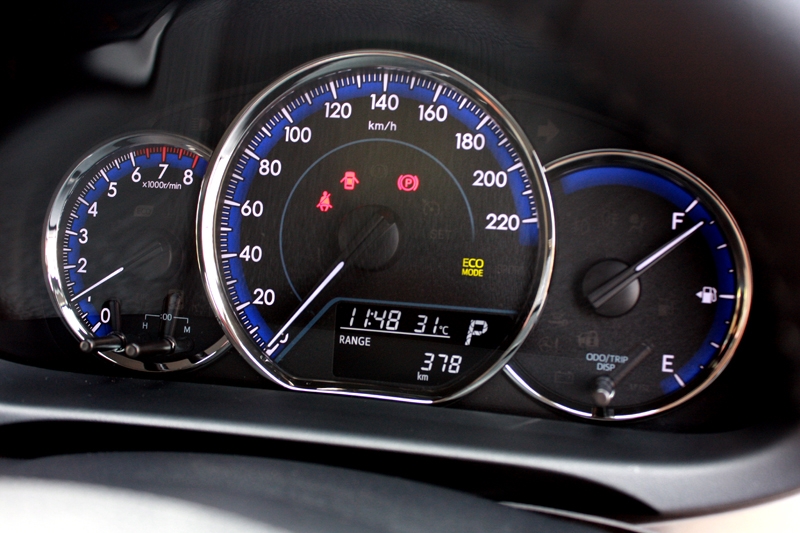 Well equipped for an entry-level car
The first Vios introduced here was closely associated with the word ‘budget’, and for a long time was sold without anything fancy. Yes it had ABS with EBD, driver and front passenger airbag, radio with CD player, seat belts and… that’s pretty much it. This one - the highest grade on offer in the local line up - on the other hand comes with quite a list: ABS with EBD, Brake Assist, Hill Start Assist, Traction Control, lets you drive the car in either default, Eco or Sport mode, Optitron meters and most importantly, seven airbags. A vast improvement, isn’t it? 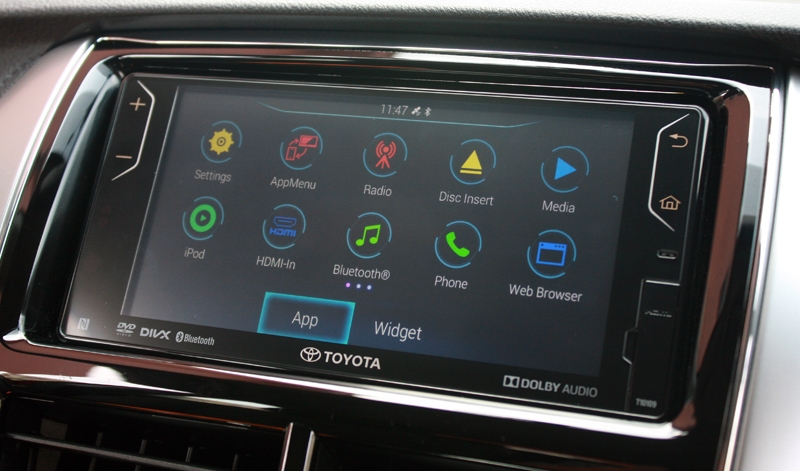 Look inside the car and you’ll notice a touch-screen multimedia head-unit that can be paired with your smart phone. Even the climate control system comes with digital controls. You start the engine via an engine start/stop button now too. Did I mention a reverse camera comes standard as well? 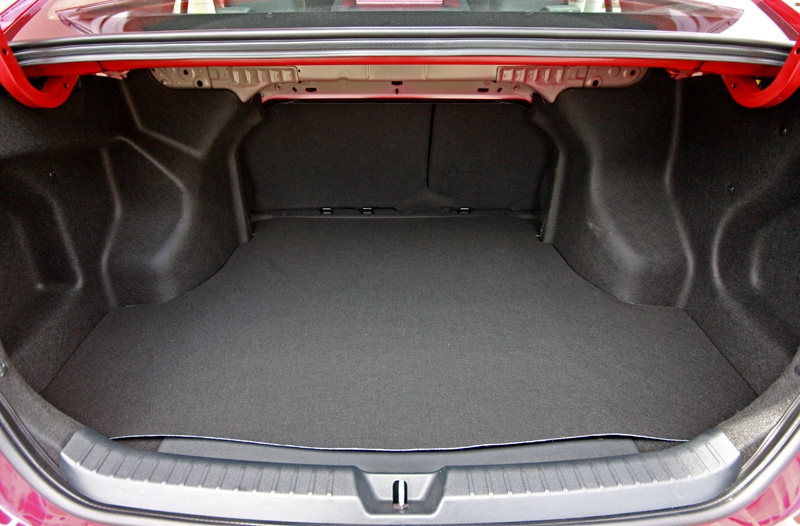 Useful boot with foldable rear seat
In a market like Singapore where most households could only have one car, a car that has the capability to do it all will always attract attention. This generation Vios looks like it will garner all the interest simply because besides all the goodness mentioned above, it has a rather useful boot. At more than 400-litres, you can fit in a wheelchair, stroller or large travel bags depending on the occasion; just excuse the cheap boot liner though. 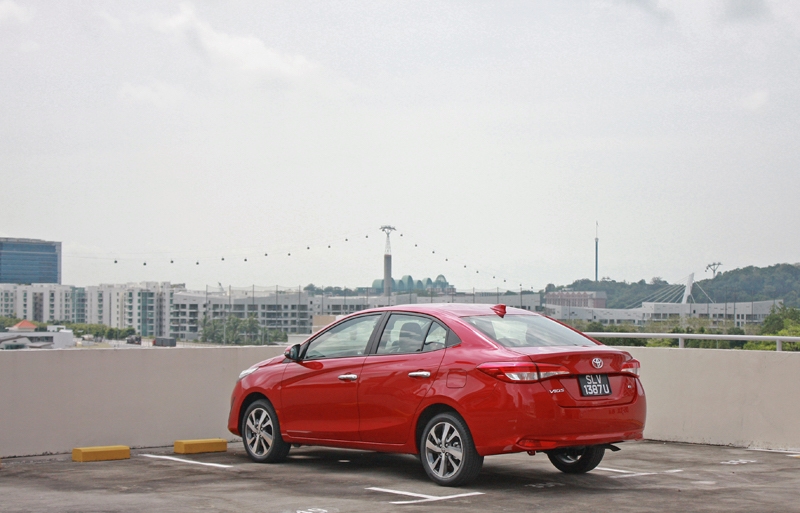 And if you do need more space, simply bring down the rear seat’s backrest and you can fit in even more items. Hence on the practical front, the Vios scores highly. 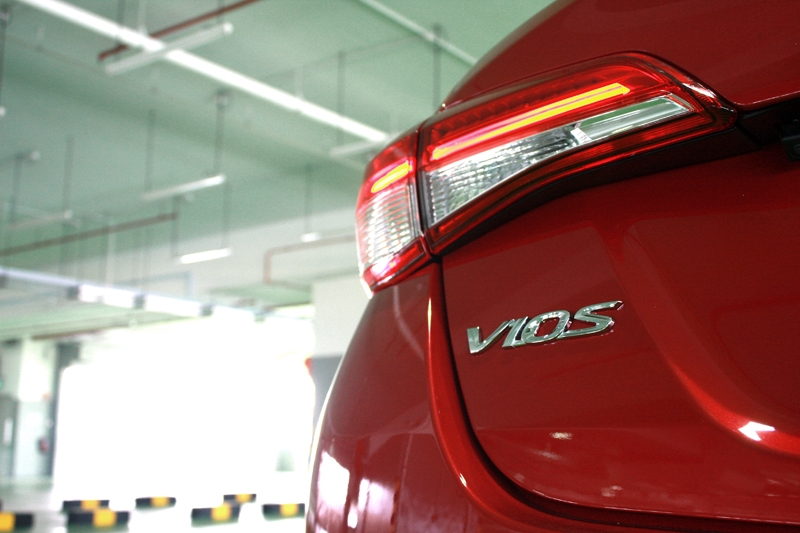 Attractively priced, yo!
At the end of the day, it all comes down to price. Frankly speaking at less than $90k with COE, it sounds like a good deal for what it could offer. 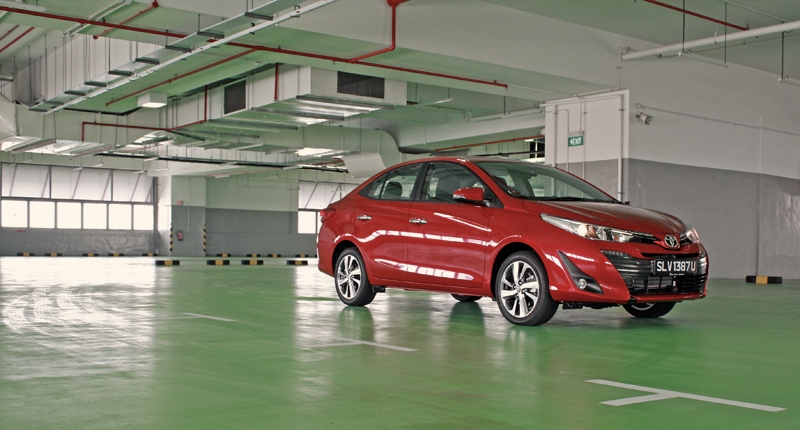 It’s true there are other options for you to consider in the market. Ultimately it being a Toyota, you just know it’s reliable and dependable; which is why you could still find the first generation Vios running strongly on our roads… 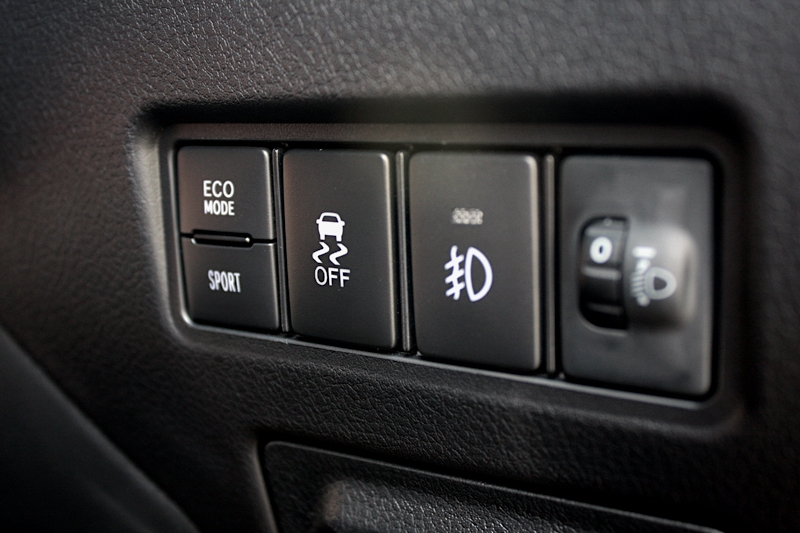 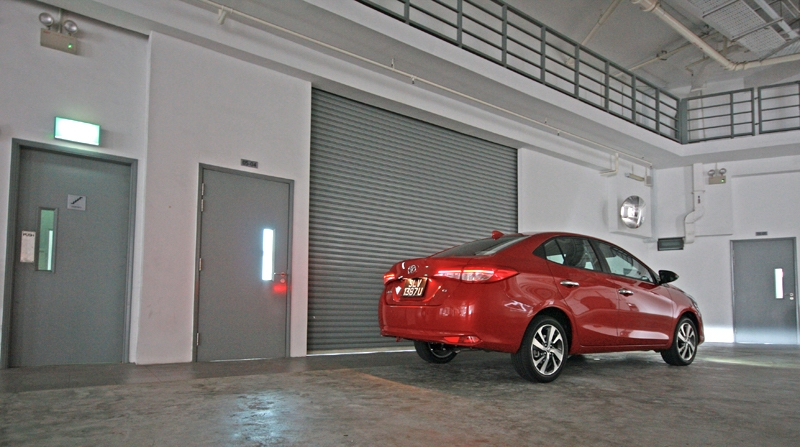