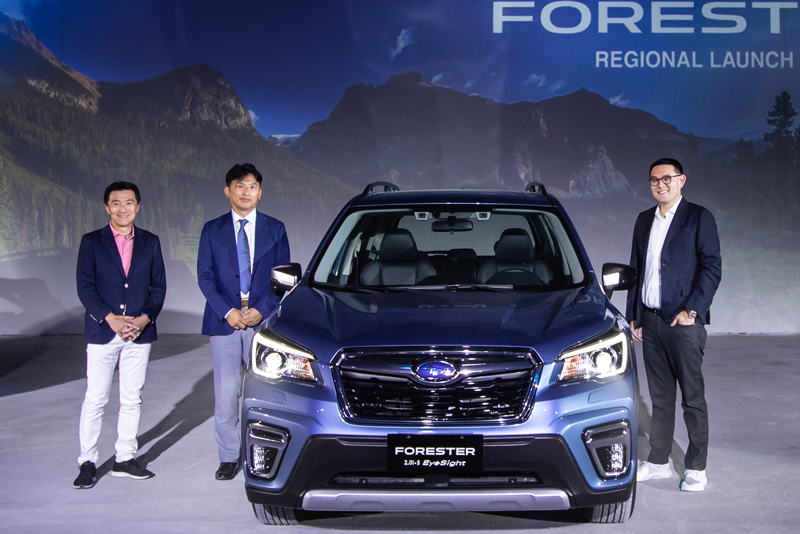 2019 Subaru Forester Launch - We Were There!

Launched to the Asian media in Taichung, Taiwan, the Subaru Forester loses a turbo but gains a much-improved platform

The Forester is currently Subaru’s best selling model around the world. Locally, the popular SUV makes up for 70% of cars sold by MotorImage, the Singapore distributor. So it’s no surprise when the top honchos at Subaru say that the Forester is an important model for them.

For those who aren’t aware, MotorImage is also the distributor for Subaru in many neighbouring countries in Asia, with countries like Malaysia, Indonesia, Philippines, Thailand, Taiwan and even the southern cities in China all under their care. This makes Subaru model launches a rather large affair where all of the countries gather in one place to witness the event. 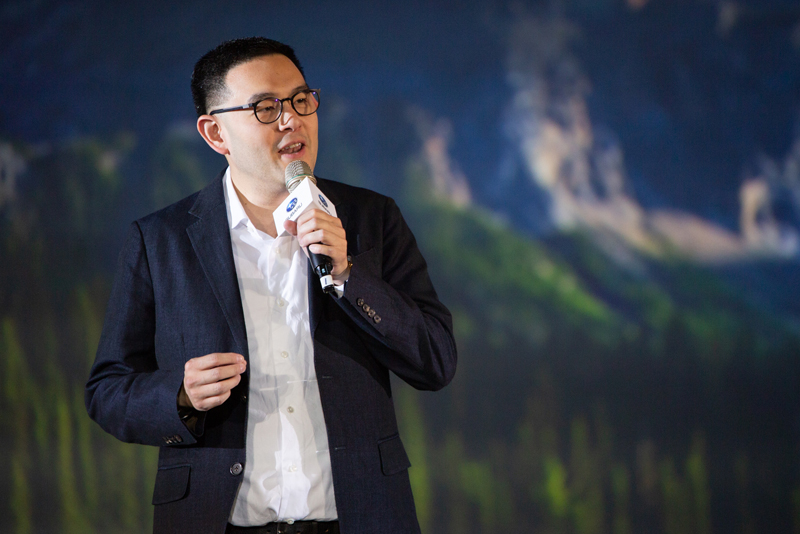 The recent launch of the all-new Forester was no different. Revealed in Taichung, Taiwan, the new SUV was officially shown to journalists at the Lipao Park in Taichung, with events lined-up to give the press opportunities to experience and drive the car. 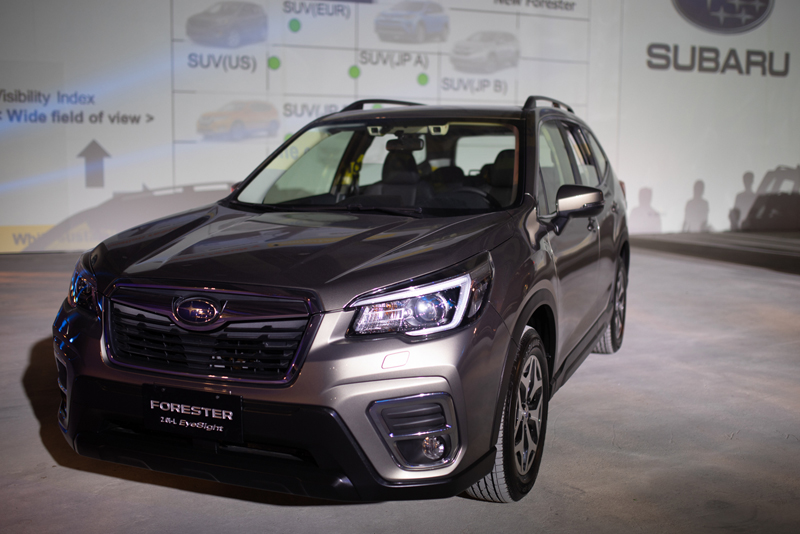 In pictures, the car looks rather similar to the model it replaces. But in actual fact, the car borrows absolutely nothing from the old model. Everything is new and redesigned from the ground up. The side view especially is almost identical to the previous car. 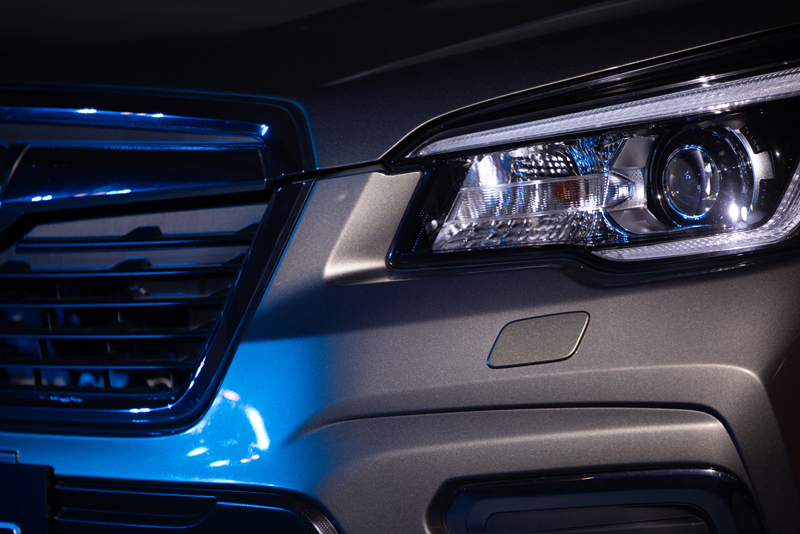 The front end looks slightly more chiselled and a new fog lamp cluster gives the face a stronger presence, while the front C-shaped LED headlamps are now matched with similar shaped rear lamps. The rear is also the place where the designers spent most of their time and it seems to have paid off. The red C-shaped tail lights really do give the new Forester the fresh look it needed, contrasted with a white or dark coloured car, the combination could well win over many buyers. 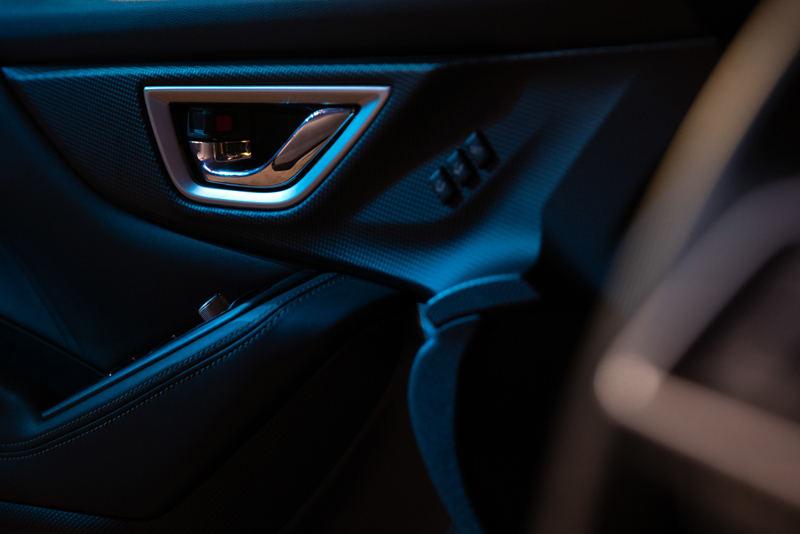 The interior though has more updated bits, an updated steering wheel, centre console, sleeker looking door handles and a new X-mode toggle switch help to say “I’m new!”. The roominess that was found in the last model was carried over - it stands as one of the most (if not the most) spacious SUVs in its class. 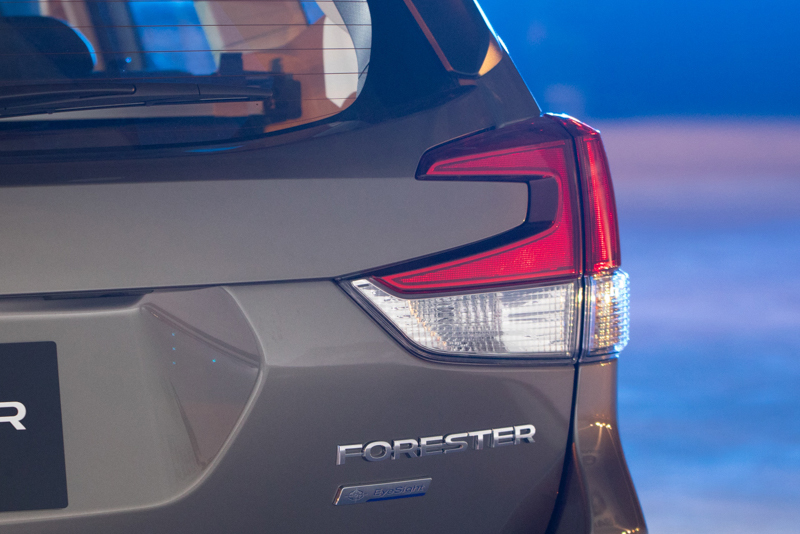 But the differences in the new Forester are best experienced, rather than seen. 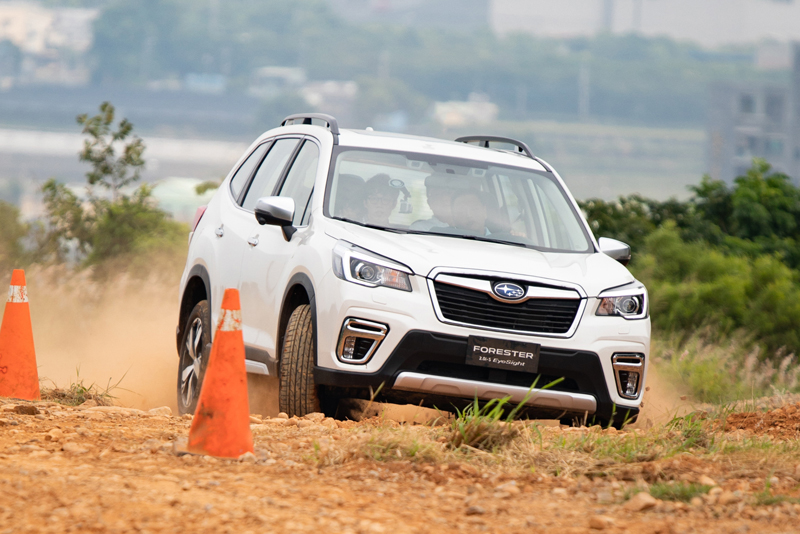 Built around the new Subaru Global Platform (SGP), the Forester follows in the footsteps of its stablemates, the Impreza and the XV. This allows the car to be developed around a lighter, yet stronger chassis. 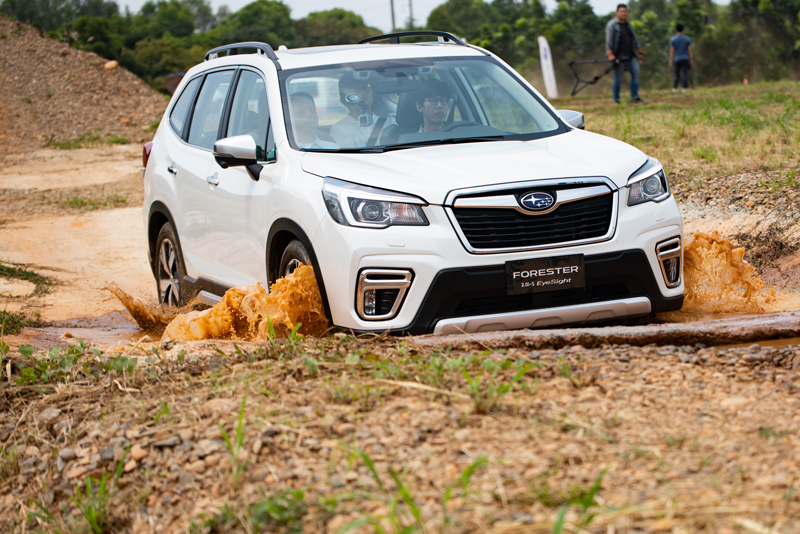 This is immediately felt once you’re on the road with the car. The new Forester is powered by a 156 bhp 2.0-litre engine. We lament the demise of the turbocharged Forester, as there will no longer be any force-induced Foresters. Yes, you read that right - all Foresters will be naturally-aspirated. 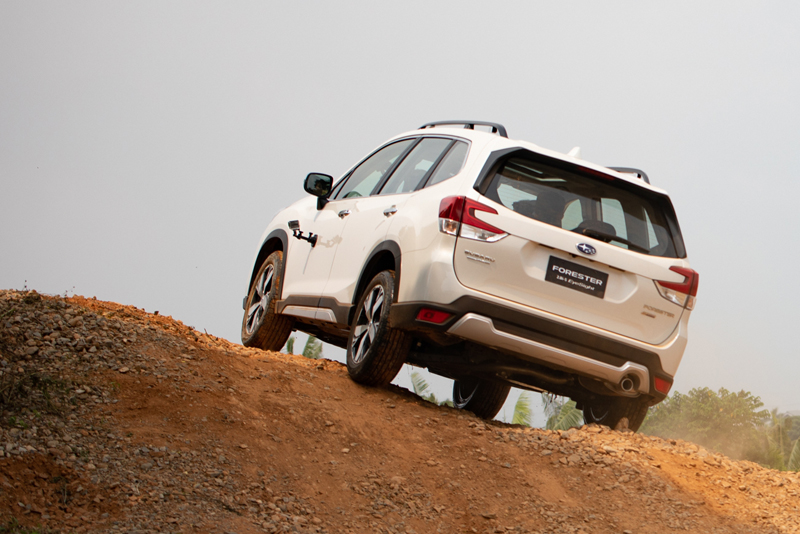 Elsewhere a 182 bhp 2.5-litre variant is available, but our shores will only ever see the 2.0-litre units. The sad news is bittersweet, because the new Forester is superb to drive. The car is nimble and handles superbly both on rough terrain and on asphalt. 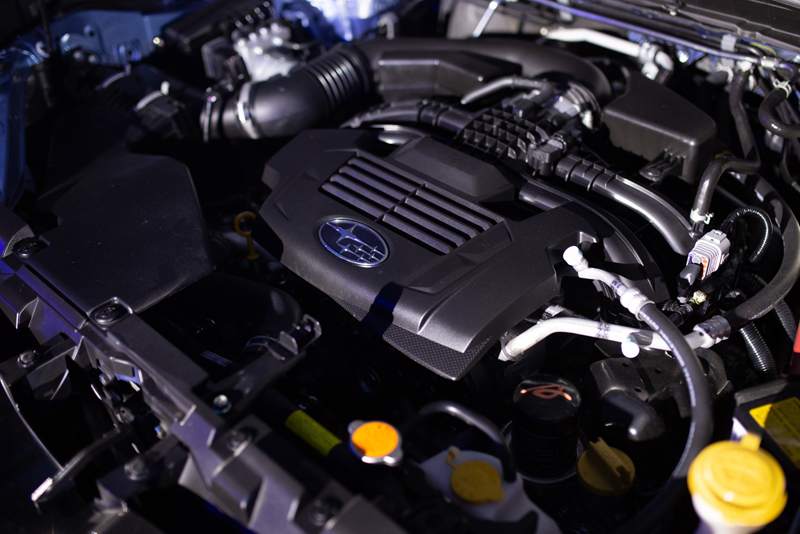 With feedback gathered from around the world, the engineers focused on comfort when building the new car, and it can be tangibly felt. The rigid chassis allows the suspension to work optimally and during our off-road drive experience, the Forester handled all the rough elements without any drama. 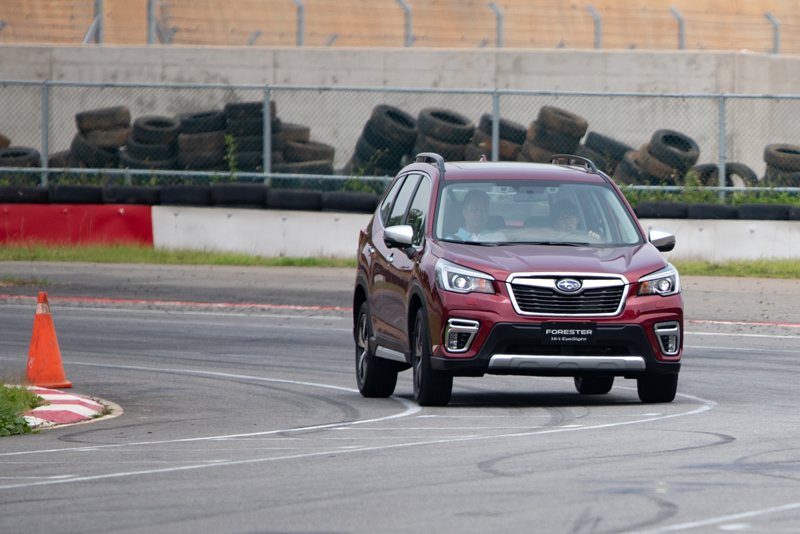 Around the track, the tight corners and faster bends were both tackled very well, the car felt ‘flat’ for an SUV with minimal body roll and flex. The only let down was the CVT gearbox that was constantly hunting for the right power band to get me out of the apex. Perhaps with more time in the car, the manual override on paddle shifters could help keep it in the desired rev range. 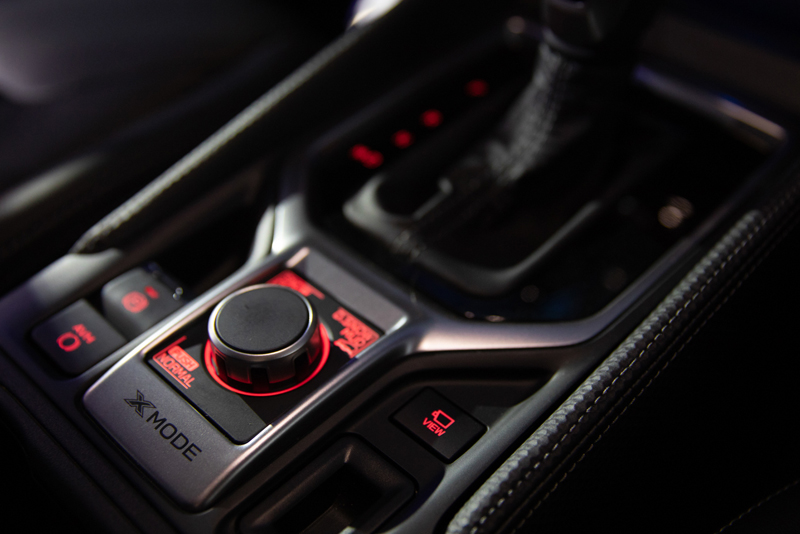 Power wise, the car could do with a bit more - another 30 bhp would have been nice (why didn’t the engineers consider a remapped version of the 1.6 turbocharged unit in the Levorg?). Tested alongside two other competitors, a 2.2 diesel Mazda CX-5 and a 1.5 turbocharged Honda CR-V, the Forester felt a bit lacking in punch. But that’s not going to stop most buyers though, because for everyday driving, the 2.0-litre NA unit would suffice. 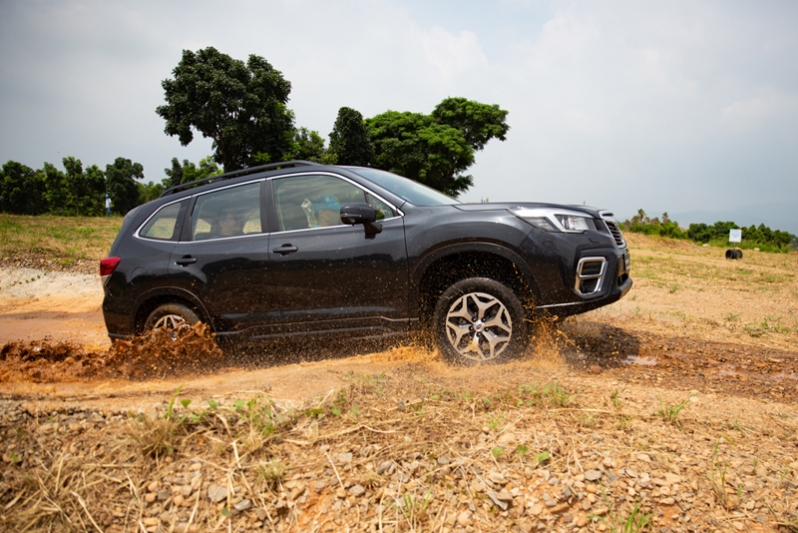 The plan is to bring in two trims to Singapore, the higher specced i-S with the new Eyesight tech (with anti-collision, adaptive cruise control, lane departure, etc.) and the base model i-L. 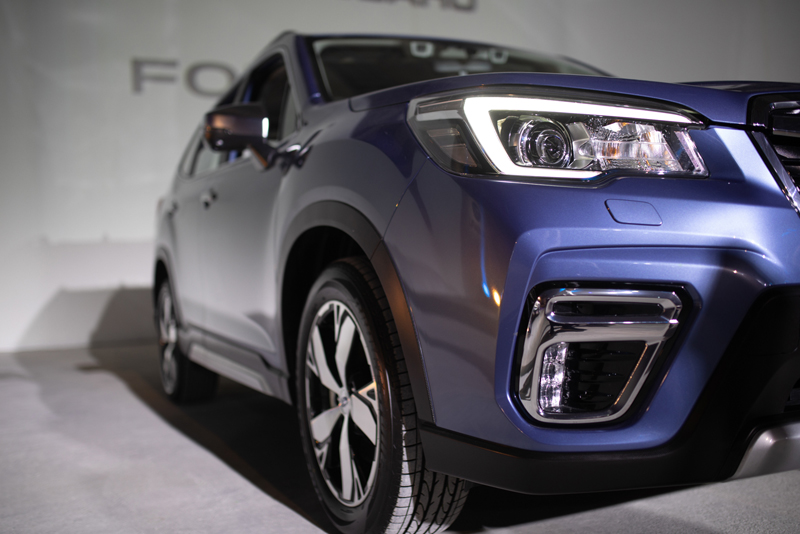 Depending on the VES banding and COE prices when it arrives in October, the new Forester is predicted to be priced around $110,000, making it a rather attractive proposition. It may not have a turbocharger, nor does it look like a totally new car, but on the inside, the new Forester a convincing fresh new SUV from Subaru. Value wise, it looks set to beat other similarly priced SUVs out there. My bet is that it will continue to be Subaru’s cash cow.