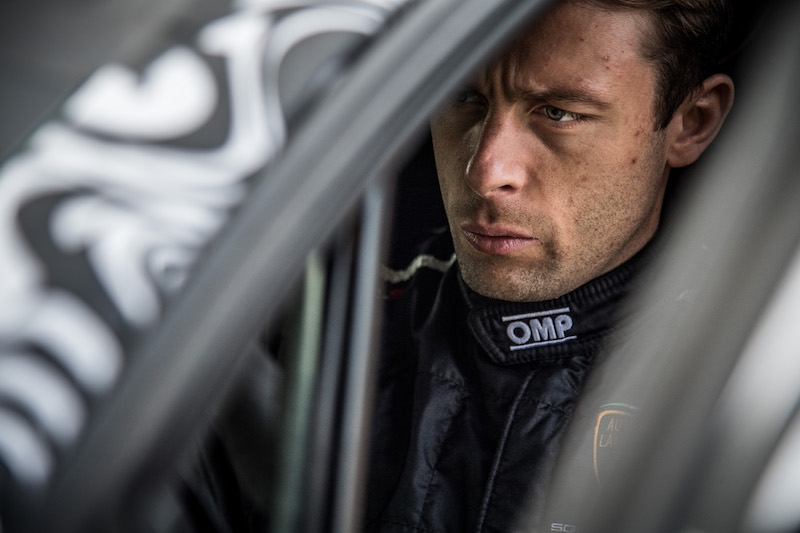 Something no one saw coming, the Aventador ‘SVJ’ laps the ‘Ring in... lets just say it's fast

The new Lamborghini Aventador SVJ, to be unveiled next month, has taken the lap record for production cars at the Nürburgring Nordschleife, in a lap time of 6:44.97 minutes.

The camouflaged Aventador SVJ, with official Lamborghini driver Marco Mapelli at the helm, took on the lap-time test at the 20.6 km track. The challenge was managed by Lamborghini’s Research and Development team, with extensive tyre support from Pirelli technicians and driver. Fitted with cameras inside and out, and full telemetry - under the formal scrutiny of Remak personnel who managed time and GPS certification using VBOX-Racelogic instrumentation - the lap attempt of the Aventador SVJ was performed during an exclusive session on the NÃ¼rburgring Nordschleife. 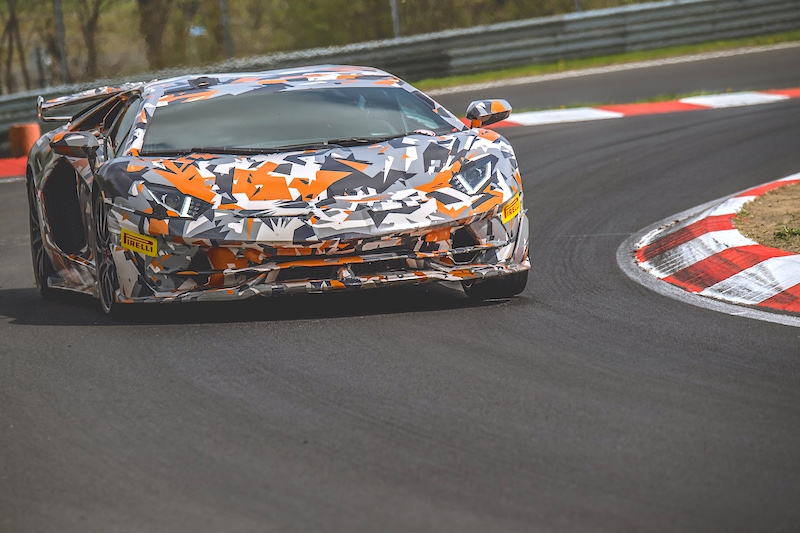 “The Aventador SVJ takes the Jota suffix, following the Lamborghini tradition for denoting a car’s track-focused talent. This new car is the convergence of Lamborghini technologies to produce a super sports car that transcends current performance benchmarks,” says Automobili Lamborghini Chairman and CEO, Stefano Domenicali. “Its tenure as the NÃ¼rburgring lap time record holder, even before its unveiling during the Monterey Car Week in California in August, endorses Lamborghini’s competence in applying superlative design engineering and ground-breaking technologies. The SVJ is a super sports car at the zenith of performance, while also ensuring unrivalled driving pleasure.” 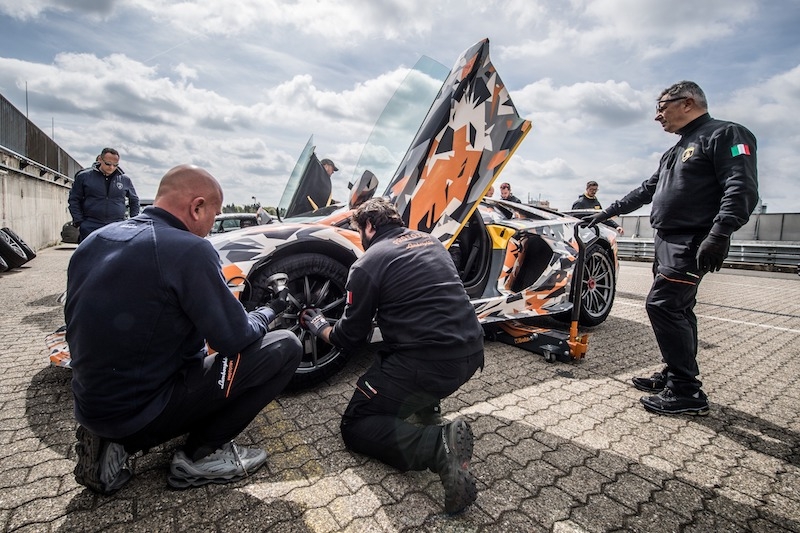 The Aventador SVJ is created to feature higher power output, with lightweight materials contributing to the best weight-to-power ratio of only 1.98 kg/hp. It features Lamborghini’s patented ALA 2.0 active aerodynamics system with aero vectoring for the best handling and downforce, as well as new aerodynamic features specific to the SVJ. 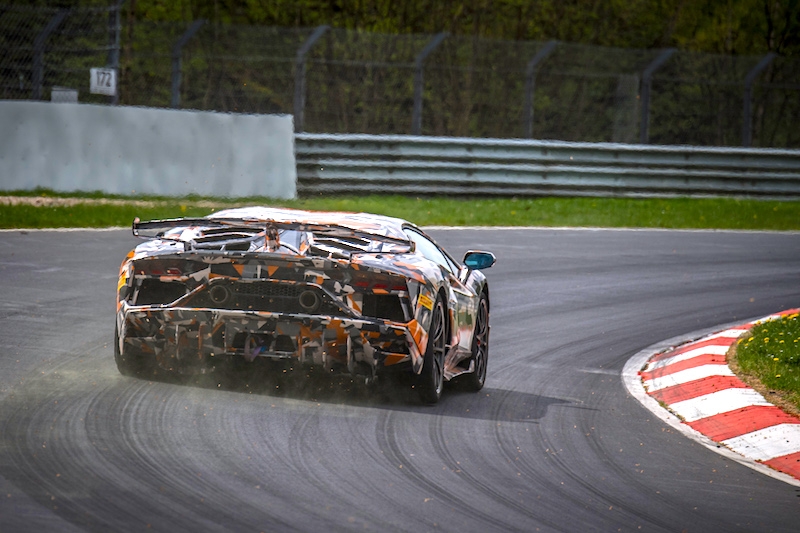 Development of the car included significant CFD simulation to optimize the ALA performance, with the exceptional downforce requiring an entire rework of the Aventador’s active and passive dynamic systems to exploit the car’s physical boundaries. Developing ALA strategies for the Aventador SVJ through both static and dynamic virtual simulations, a virtual attempt at the NÃ¼rburgring Nordschleife already returned a better lap time than the Lamborghini HuracÃ¡n Performante. 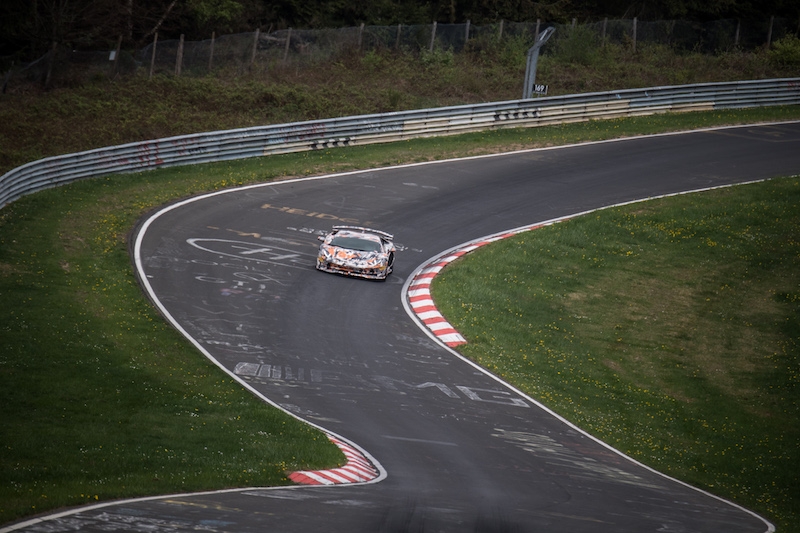 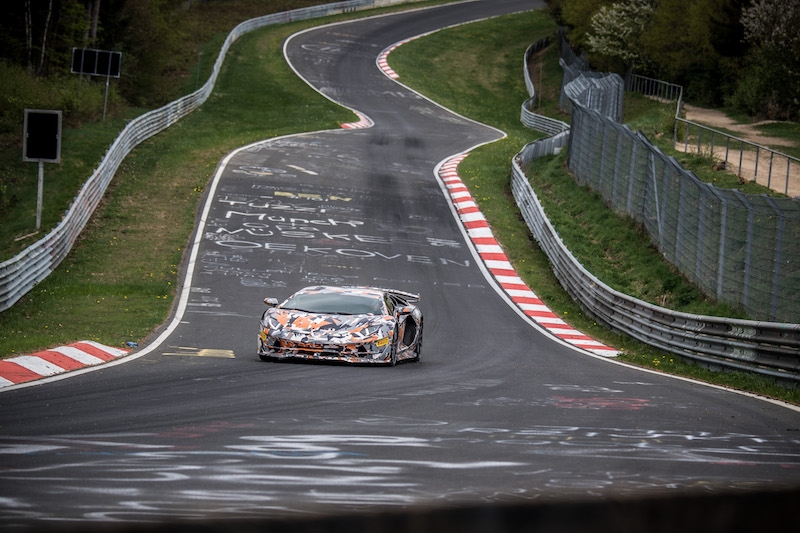 “This is another demonstration of the exceptional skills and teamwork by the dedicated personnel within Automobili Lamborghini: from the R&D team, as well as from our test drivers and, of course, partners such as Pirelli,” adds Chief Technical Officer, Maurizio Reggiani. 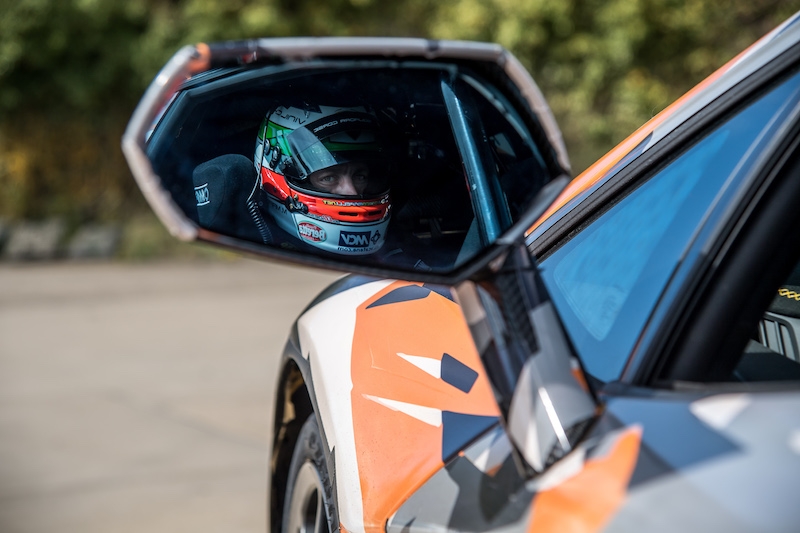 In 2015, the Lamborghini Aventador LP 750-4 SV delivered a sub seven-minute lap time; then in 2016 the HuracÃ¡n Performante took the NÃ¼rburgring Nordschleife production car record, with a lap time of 6:52.01, which it held until September 2017. 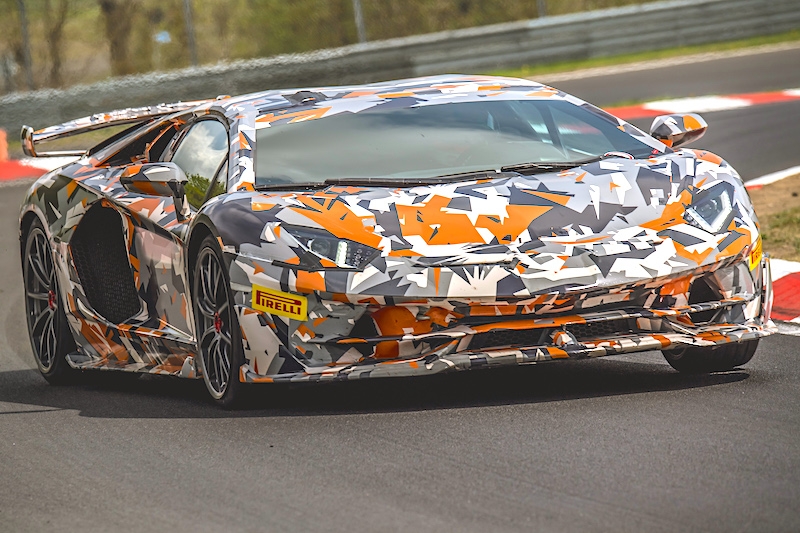