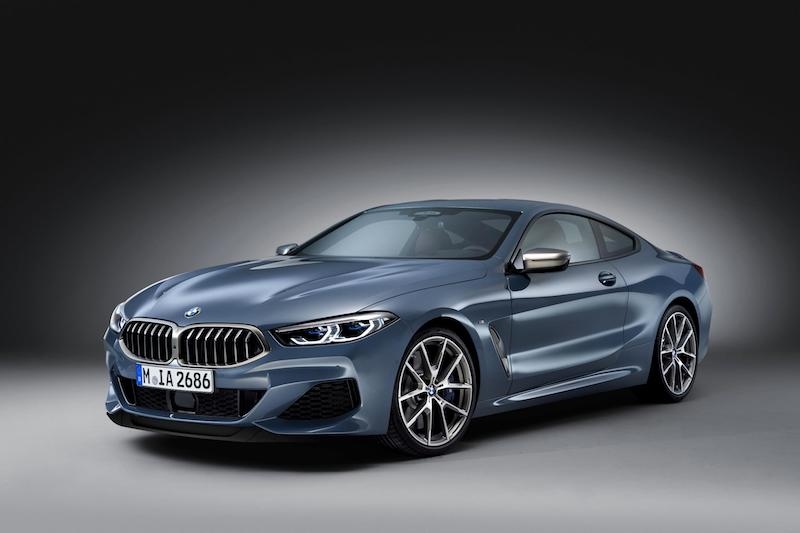 Without a doubt, the new BMW 8 Series Coupé is the start of a new chapter in BMW’s long and illustrious history of making iconic and sensational sports cars. The car will be launched in November 2018 and will be built at BMW’s Dingolfing plant, which is also home to the BMW 7 Series Saloon.

The exterior design shows BMW’s new styling language focusing on clarity, modernity and emotional engagement; a clear link to the BMW Concept 8 Series first unveiled at the Concorso d’Eleganza Villa d’Este in 2017. With exterior dimensions of 4,843 mm in length, 1,902 mm in width, 1,341 mm in height and a wheelbase of 2,822 mm, the two-door coupÃ© definitely has presence on the roads. Additionally, the side view is dominated by dramatic surfaces: Whilst they curve inwards on the far side of the front wheels, they bulge outwards again in a real display of power above the rear wheels.Â The glass area tapers at the rear, accentuating the muscular shoulderline, while the side window graphic ends in a very tightly-angled version of the famous Hofmeister kink. 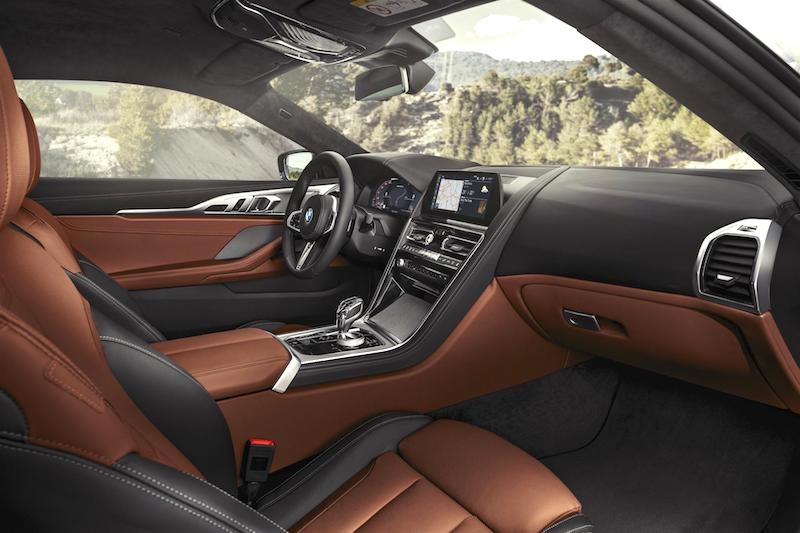 It comes as standard with LED headlights - the slimmest lamps of any BMW model to date. Both light tubes are used to generate the daytime driving lights as well as the low and high beam, thereby creating the signature brand look at all times. Optional BMW Laserlight with variable road illumination and Selective Beam has a high beam range of around 600 metres. 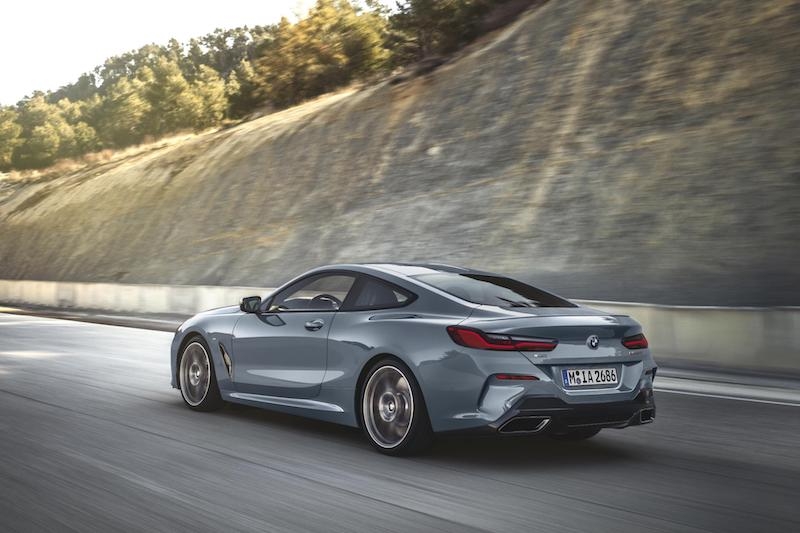 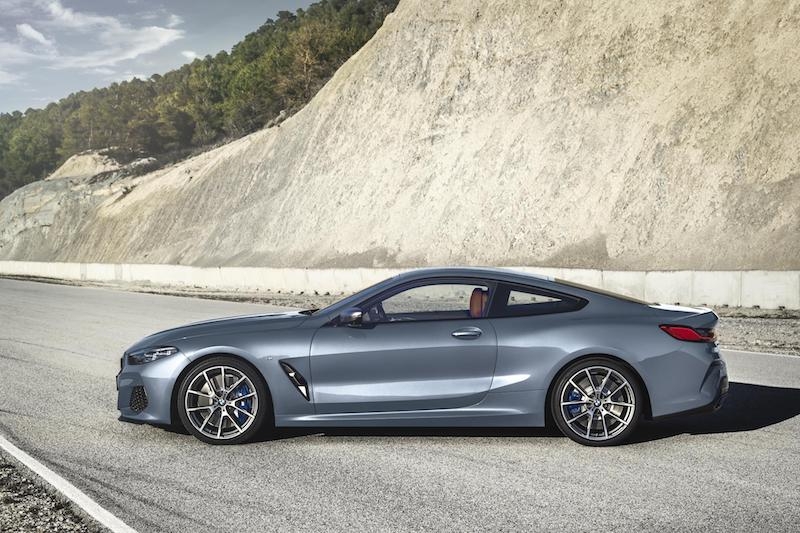 An almost fully sealed underbody, active air flap control with adjustable kidney grille slats and Air Curtains including Air Breathers, help to reduce aerodynamic drag. Narrow exterior mirror bases are mounted directly on the side window weather strips to further enhance the airflow; this is the first time BMWis featuring this on a model with frameless side windows.Â 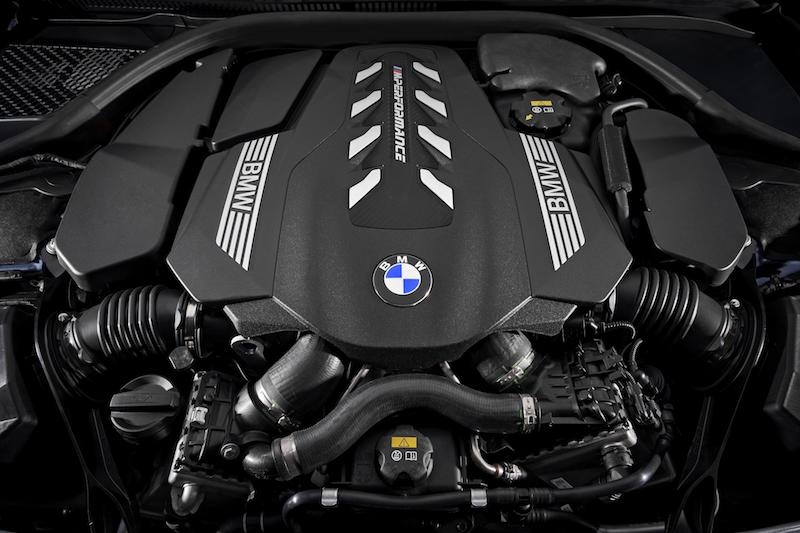 The flagship model in the 8 Series range is the M850i xDrive. Under the bonnet is a 4.4-litre 530 hp, 750 Nm V8 twin-turbocharged petrol engine, radically revised: Two twin-scroll turbochargers with charge air cooling, High Precision Injection, Valvetronic fully variable valve control and Double-Vanos variable camshaft timing all form part of the M Performance TwinPower Turbo technology, whose extensive overhaul has given a substantial boost to maximum output, torque and efficiency. For the curious, it needs only 3.7 seconds to go from zero to 100 km/h. 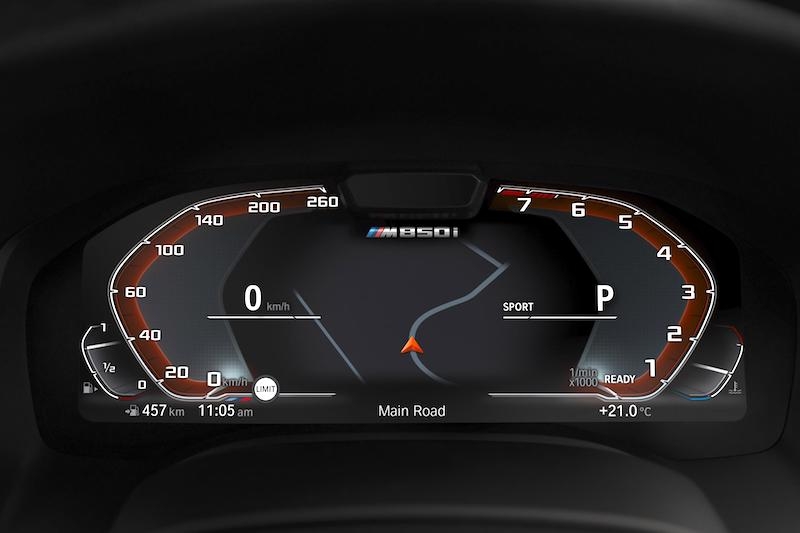 In Sport and Sport+ modes, accelerator response as well as the V8 engine’s power delivery and acoustics — which take on a particularly distinctive note in the Sport+ setting — are all configured for a dynamic driving experience. 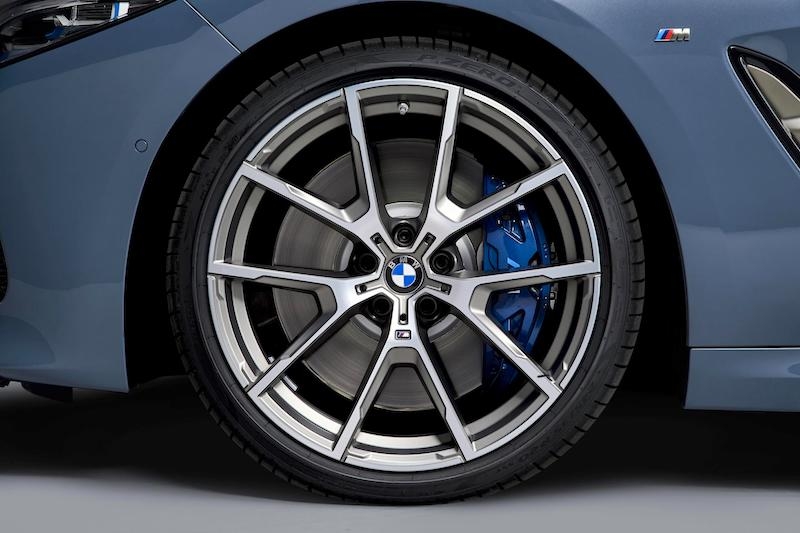 An improved version of the 8-speed Steptronic Sport transmission is also fitted on the 8 Series. With reduced weight, a newly developed controller and a gear ratio spread that has been increased from 7.07 to 8.59, it achieves achieve significant efficiency gains with reduced engine speeds, particularly when driving in higher gears. Shift paddles on the steering wheel are included for manual gear selection, while the transmission features a Launch Control function for accelerating from a standing start with maximum power and traction. 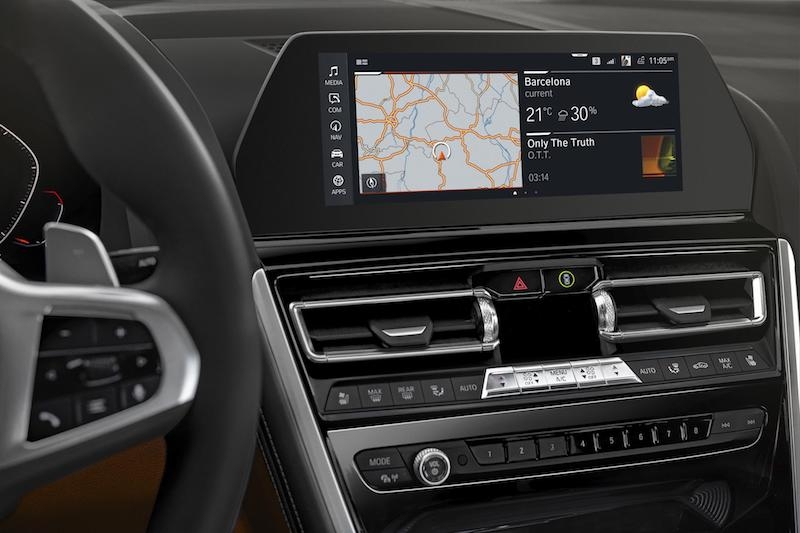 The standard BMW xDrive intelligent all-wheel-drive system operates more efficiently than ever before. To increase efficiency, all of the torque is directed to the rear wheels in situations in which all-wheel drive is not needed. The rear-biased set-up guarantees the sort of driving experience for which BMW sports cars are renowned for. When taking corners at speed, for example, just the right amount of extra drive force is transferred to the rear wheels to help the car turn in to the bend with accuracy. 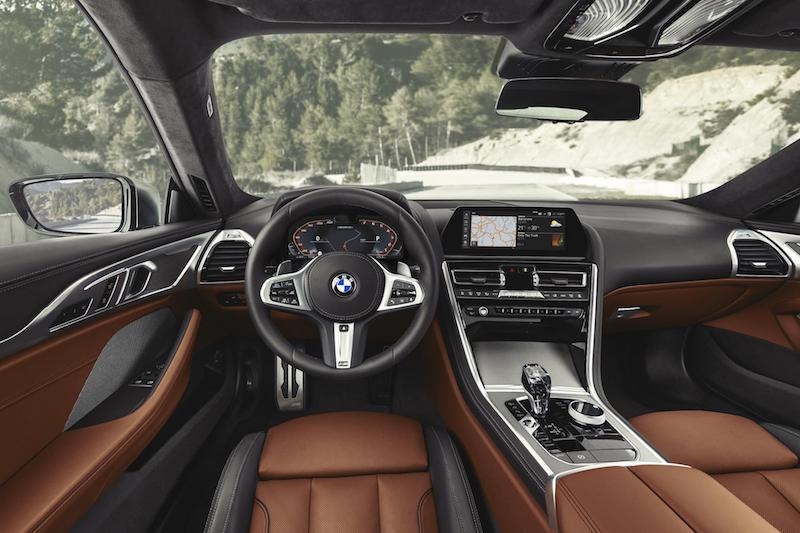 To top off its handling department, Integral Active Steering is fitted as standard to reduce the turning circle when manoeuvring. This also increases agility at moderate speeds, becoming more direct as the speed builds but allows the driver to manoeuvre at low speeds with minimal steering wheel movement. 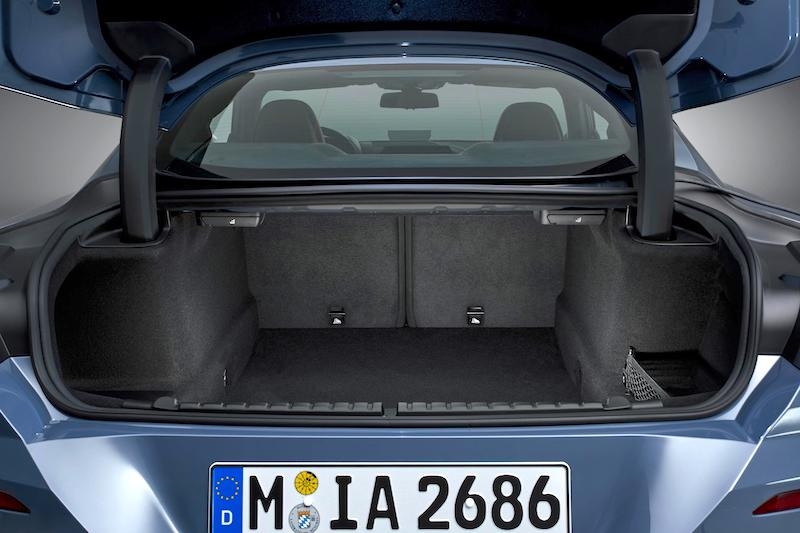 A second variant is also available for the 8 Series: The new 840d xDrive CoupÃ© produces a delightful mix of pulling power and excellent fuel economy. The 3.0-litre six-cylinder in-line diesel with BMW TwinPower Turbo technology delivers a maximum output of 320 hp and peak torque of 680 Nm. It goes from standstill to 100 km/h in only 4.9 seconds, but we reckon this variant won’t be making it to Singapore. 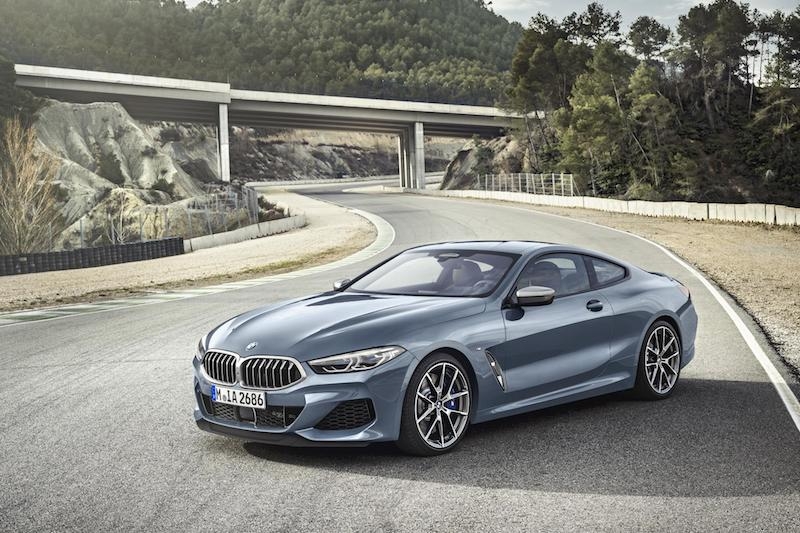 Related Articles
iX3 is the icing atop BMW Group Asia’s 7-year electrification cake BY Vivek Max R
A V8 to Savour | Lexus LC 500 Convertible BY Sheldon Trollope
BMW i4: four reasons why this EV is cool (and 1 reason why it isn’t). BY Sheldon Trollope
Adding to Excellence | Kia Stinger 2.0 GT Line BY Marcus Lim
Old Faithful | BMW 530i M Sport BY Jonathan Lim