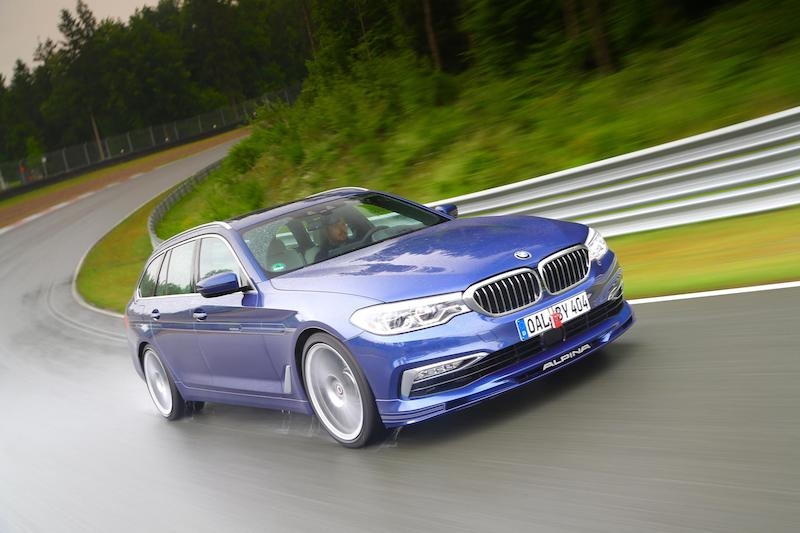 The new 322 km/h Alpina B5 Bi-Turbo is launched; Touring variant is expected to be the world’s fastest estate

With a top speed of 322 km/h, the new Alpina B5 Bi-Turbo Touring is expected to be the world’s fastest production estate, offering a unique combination of comfort, luxury and - of course - ultra-high performance.

Introduced to the UK with a price tag of GBP91,000 (SGD164,000) for the Touring and GBP89,000 (SGD160,000) for the Sedan, both models are the result of thousands of hours of development at Alpina’s R&D centre and on road tests from Death Valley to the Arctic Circle, the new B5Â Bi-Turbo provides a combination of comfort, performance and driving pleasure that the manufacturer believes is unrivalled by any other production saloon or estate. 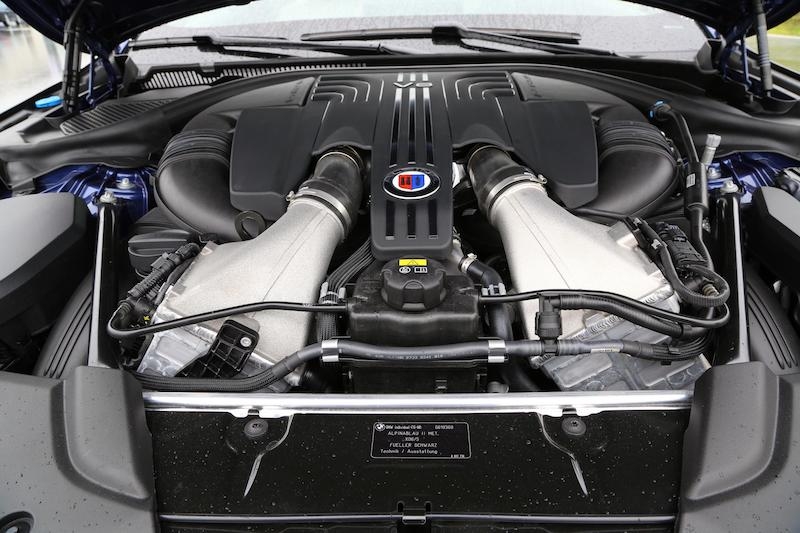 The heart of the new range is Alpina’s substantially revised version of BMW’s N63TU2, 4.4Â litre V8; this engine was first seen in the B7Â Bi-Turbo launched in mid-2017. To increase the power and torque without compromising responsiveness, particular attention has been paid to airflow optimisation, with a new wide-bore intake system providing shorter intake paths and optimised radii to allow near-instant throttle response. The standard turbochargers have been replaced by two specially-developed, twin-scroll turbochargers located between the cylinder banks, operating in parallel to deliver up to 1.4 bar with minimum inertia.
Enlarged inlet and outlet diameters further improve gas flow, contributing to a wide, flat torque curve and excellent throttle response even at low engine speeds. By 2,000Â rpm, the Alpina V8 is already generating 670 Nm of torque, swelling to an astonishing 800 Nm plateau from 3,000 — 5,000Â rpm. 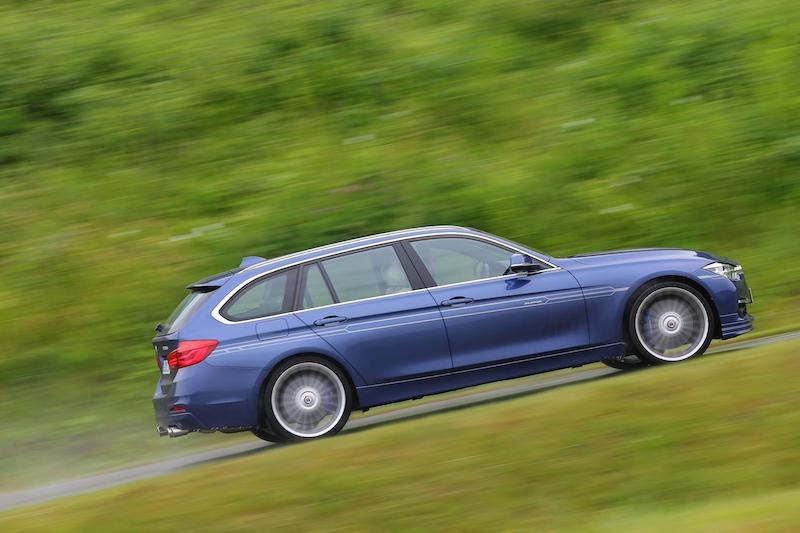 A new indirect intercooler system (air/water/air) further improves both power and responsiveness, with a main intercooler feeding the two large-volume, close-coupled intercoolers. Together with two additional water radiators and one additional oil cooler, the system ensures the thermodynamic stability of the V8 Bi-Turbo engine, even under the highest sustained loads and most aggressive ambient air temperatures.
To help ensure stable performance and long-term durability, pistons and spark plugs are uprated to Alpina specifications. 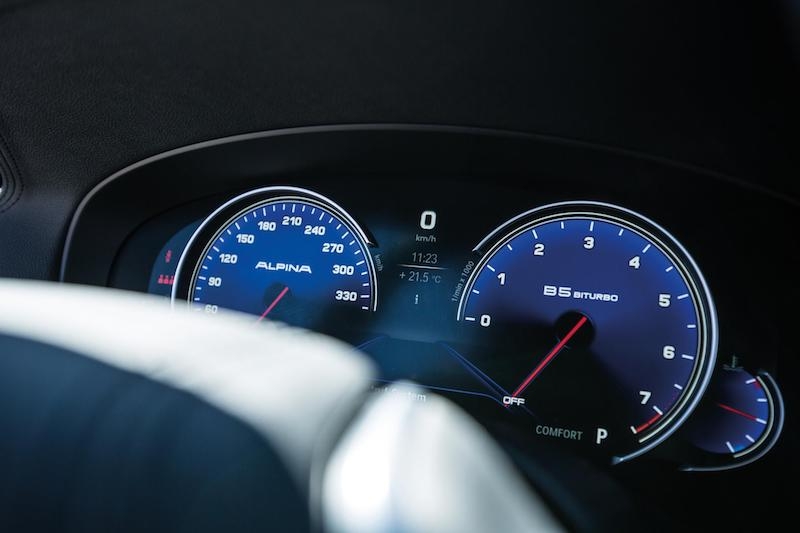 The eight-speed automatic transmission also receives additional cooling, alongside a host of modifications that include strengthened gear clusters and a larger torque converter. Alpina’s work with transmission supplier ZF is another reason for the exceptional acceleration of the new B5 Bi-Turbo. 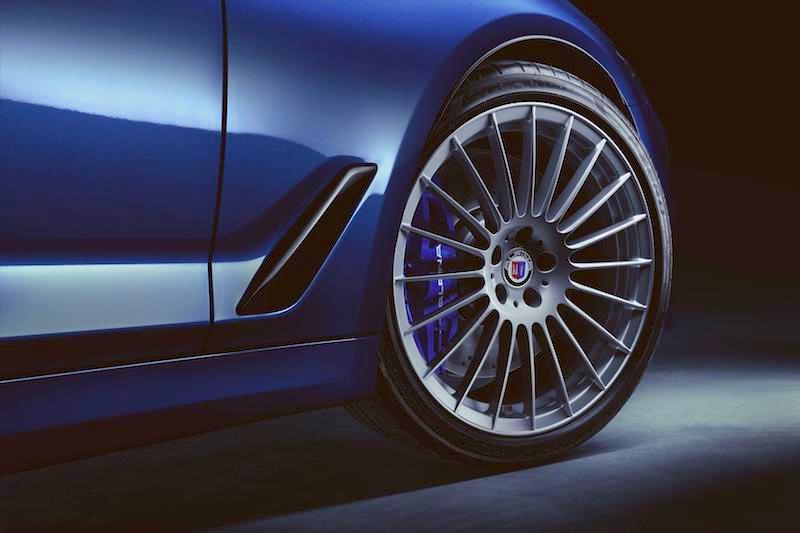 Power is delivered to the road by BMW’s four wheel drive system; a first for the ALPINA B5, thought necessary to safely handle the prodigious torque across a variety of conditions. The system continuously monitors a wide range of inputs, including steering angle, lateral acceleration, yaw angle and speed, allowing the Alpina-optimised software to distribute torque for maximum grip and safety. A mechanical limited slip differential, fully integrated with the traction control system, is also available as an option.
Another first for the B5 is Active Rear Steering, which enhances steering response by turning the rear wheels up to 2.5Â degrees the opposite way to the front wheels at low speeds and the same way at higher speeds. The new model also has active roll stabilisation (Dynamic Drive), which employs a new generation of high-speed electronic actuators to optimise roll stiffness, improving both dynamics and ride quality. 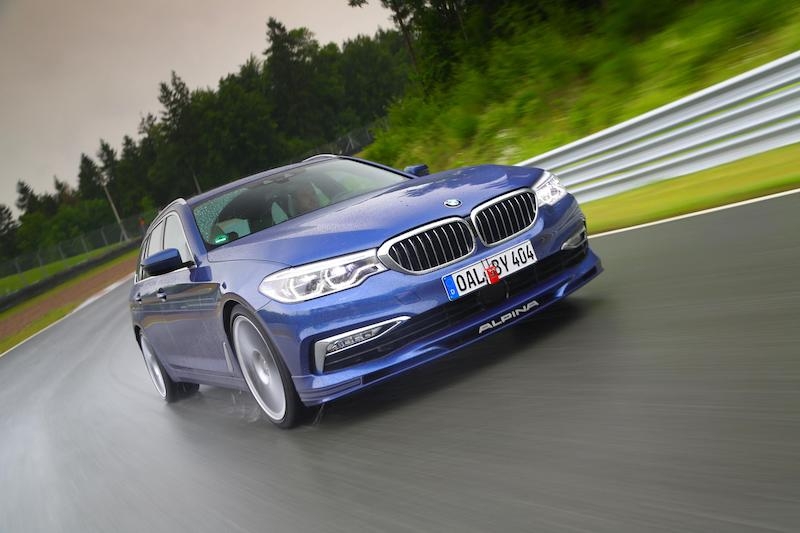 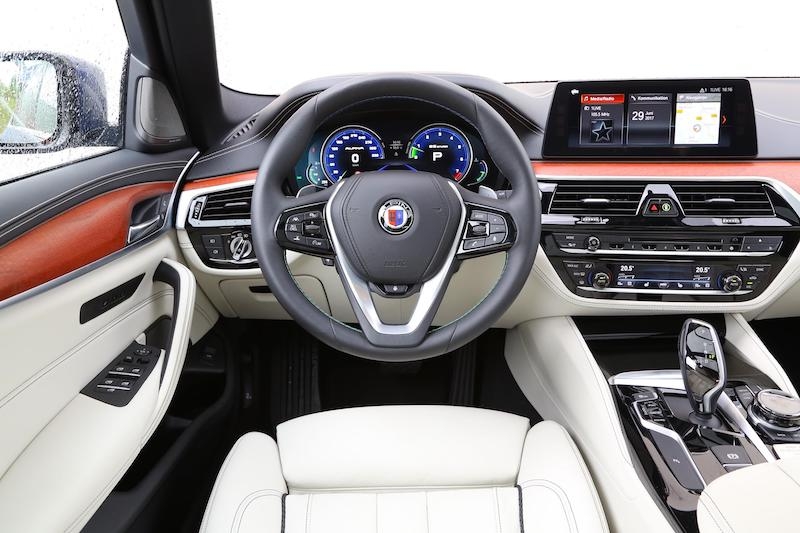 “Our cars are for driving enthusiasts who value a blend off qualities that can only be delivered by immense attention to detail and a single-minded focus on one type of owner,” explains Alpina Great Britian’s Jonathan Noy.