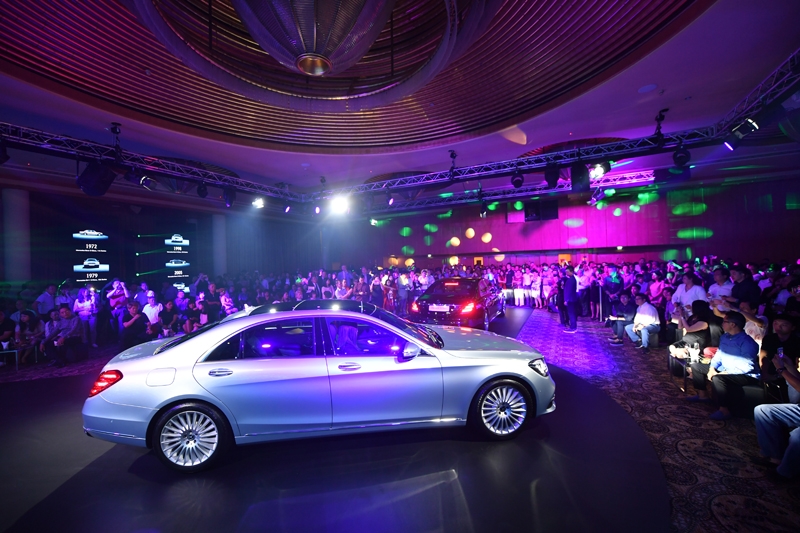 The benchmark of comfort gets new features, including an all-new engine

Mercedes-Benz yesterday unveiled the new S-Class at an exclusive event at The Ritz-Carlton, giving customers and the media a first look at the latest version of their flagship sedan. On display were three units of the new car, ranging from the entry-level S320L to the mid- and upper-tier S450L and S560L models.

The largest changes to the new S-Class occur under the bonnet, with new engines debuting in two models — a new 4.0-litre V8 in the S560L, and an AMG 4.0-litre biturbo V8 in the S63. Despite offering 469 hp and 700 Nm of torque, the S560L’s engine is among the most economical V8 petrol engines in the world, consuming about 10 percent less fuel than its predecessor. This is achieved with cylinder deactivation technology and the CAMTRONIC valve-lift adjustment system, which deactivates four cylinders under partial load. 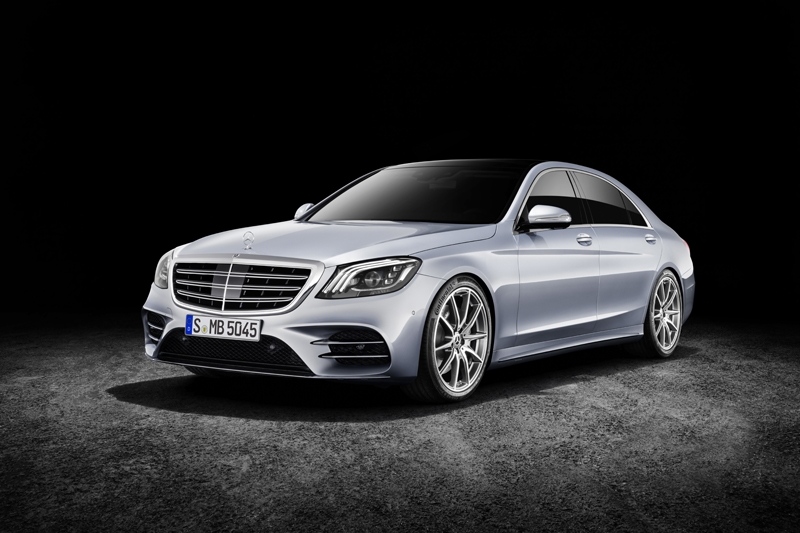 Several changes have also been made to the exterior design of the S-Class. All models are now fitted with a new radiator grille, with slight variations to distinguish between the six/eight- and twelve-cylinder models. The front end also sports new MULTIBEAM LED headlamps, as with the redesigned bumper with pronounced air intakes. Around the rear, new crystal-look LED tail lamps with three horizontal pairs of fibre optics put on a light show whenever the vehicle is locked or unlocked. The lower bumper section has also been redesigned with integrated visible tailpipe trim. 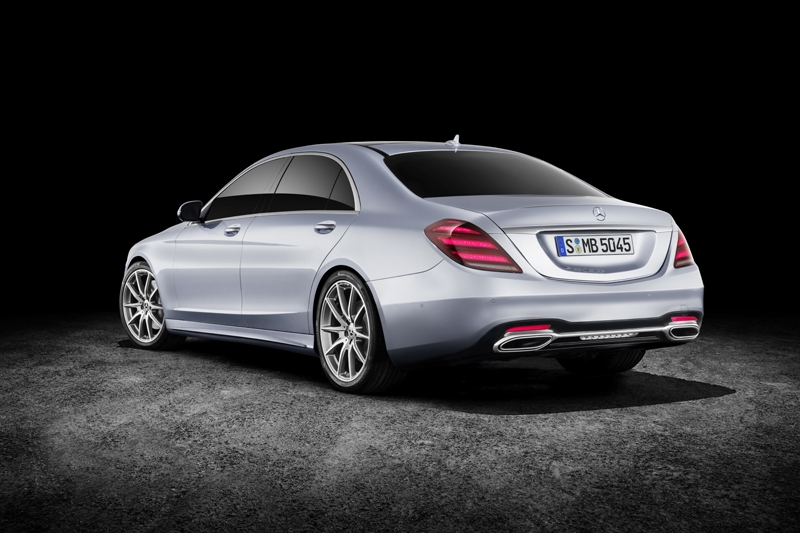 Pioneering inside the new S-Class is the ENERGIZING comfort control system that links various in-vehicle comfort systems such as the climate control, seats (heating, ventilation and massage), wall heating and lighting & musical atmospheres to enhance the physical comfort of the occupants. Six programmes — Freshness, Warmth, Vitality, Joy, Comfort and Training — are available, each running for 10 minutes and incorporating music and graphics. 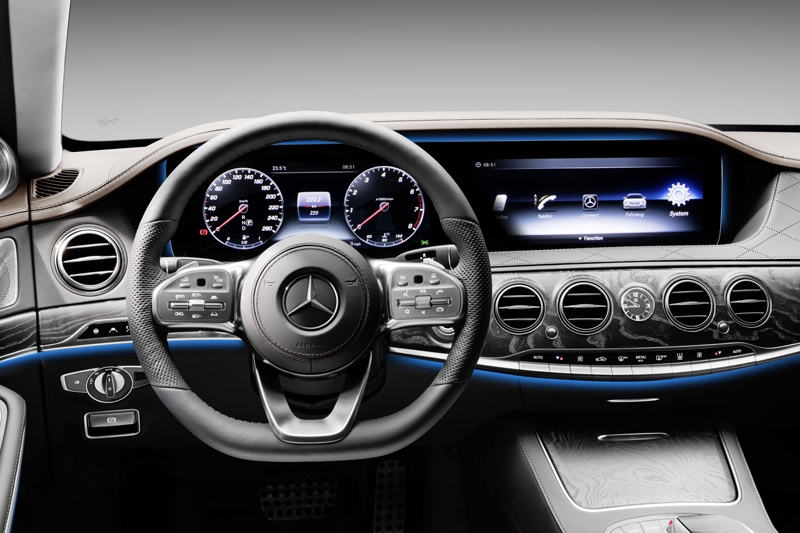 The interior of the new S-Class is characterised by two new 12.3-inch high-resolution displays that blend together under a single glass cover to form a widescreen cockpit, displaying virtual instruments, the infotainment system, and other information. This works in tandem with new touch-sensitive controls in the steering wheel, which respond to swiping motions not unlike a smartphone screen — allowing the driver to control the entire infotainment system without taking their hands off the steering wheel. 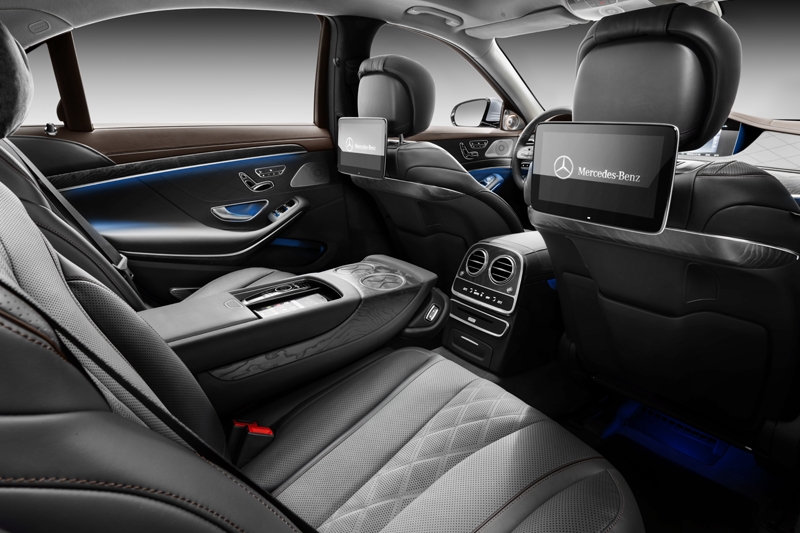 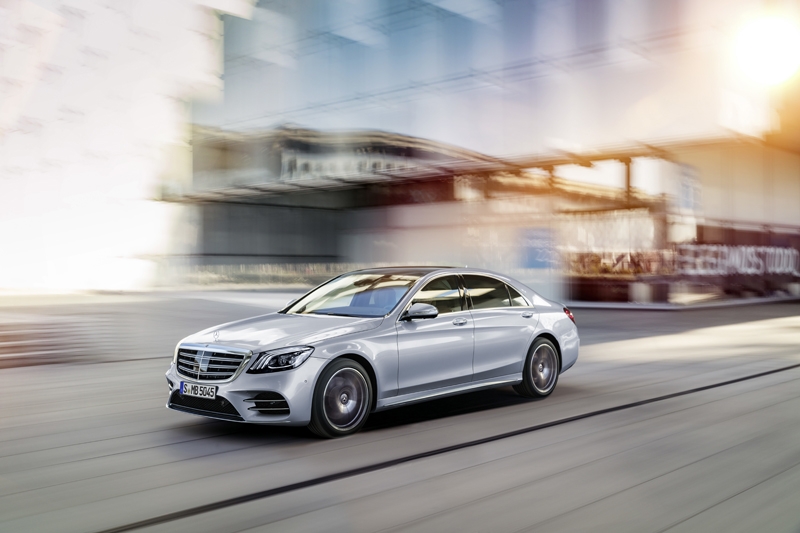