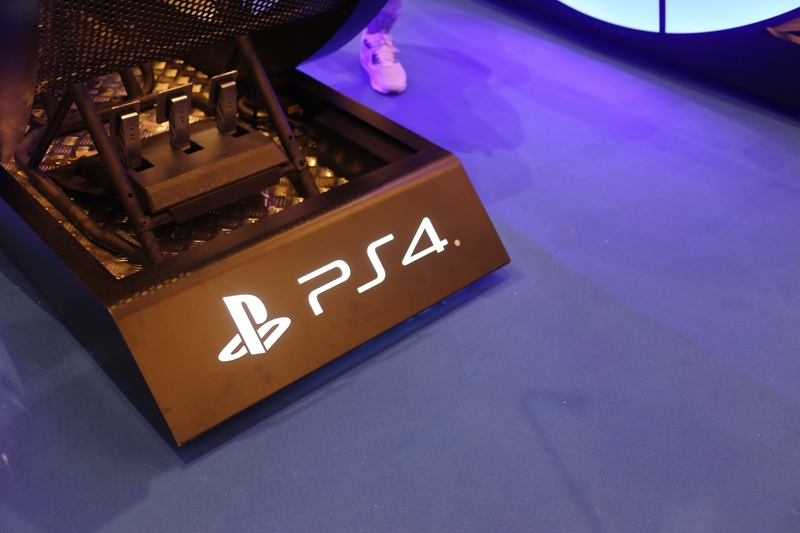 Playing everything at the PlayStation Play Everything roadshow

We get an exclusive look at the latest Gran Turismo instalment

Sony kindly invited us for a preview of the event, where we could try three unreleased game titles — Gran Turismo Sport, FIFA 18 and Taiko No Tatsujin — in addition to existing game titles already available for the PlayStation 4 such as Minecraft. 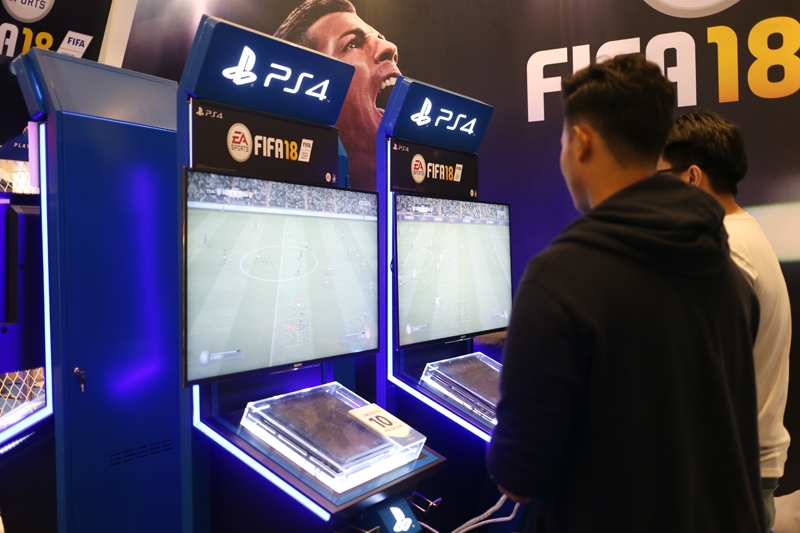 Naturally, we made a beeline for Gran Turismo (GT) Sport, the latest title from Polyphony Digital in the Gran Turismo racing simulation franchise. A first for any racing game in the world, GT Sport features a FIA-recognized online championship — a sign that online racing is now serious business. 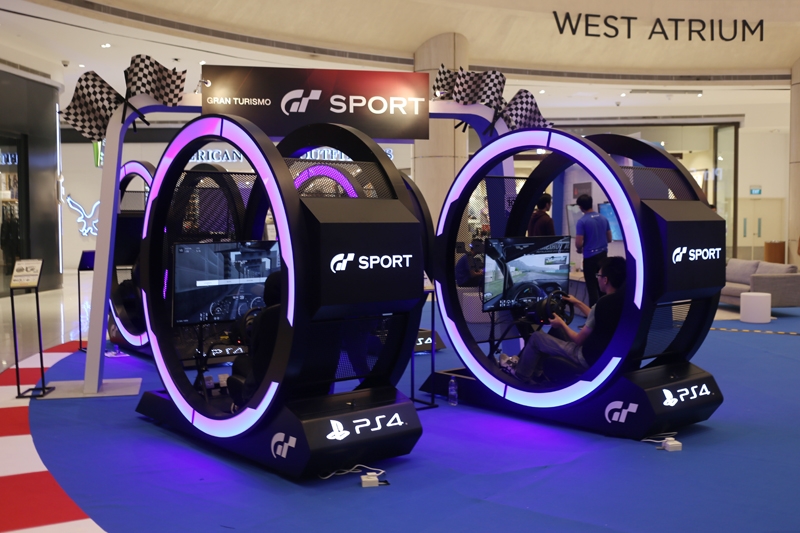 Four futuristic-looking racing rigs were set up at a corner of the roadshow, integrating a racing wheel and seat with a Sony Bravia television. We took a quick spin on Suzuka with a ND-generation Mazda Roadster (MX-5), and a Mazda Atenza (Mazda6) racecar on the NÃ¼rburgring. 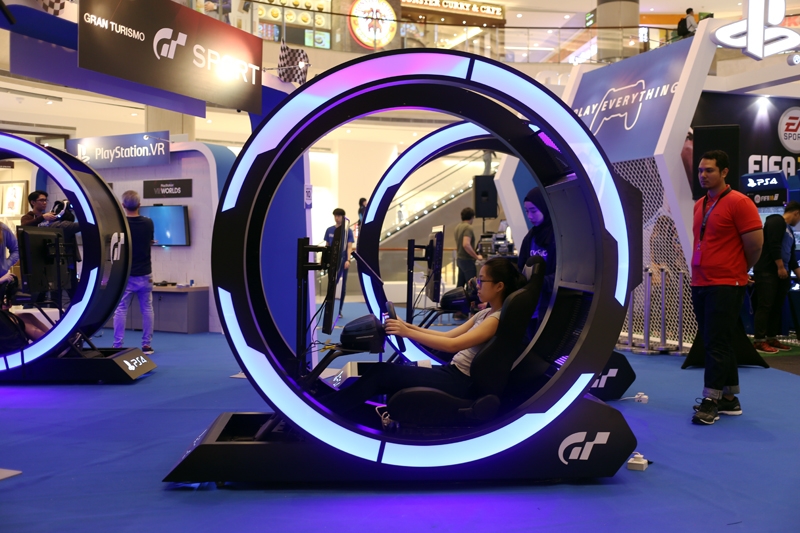 Gran Turismo games have always been known more for their physics engine rather than their visuals — however GT Sport looks gorgeous on the screen, with realistic lighting effects and extremely detailed 3D models for each car. Despite that, it doesn’t mean that physics have been disregarded for this latest edition. The physics engine keeps it challenging enough for it to be fun for professionals, yet isn’t exceedingly complicated that it alienates casual racers. 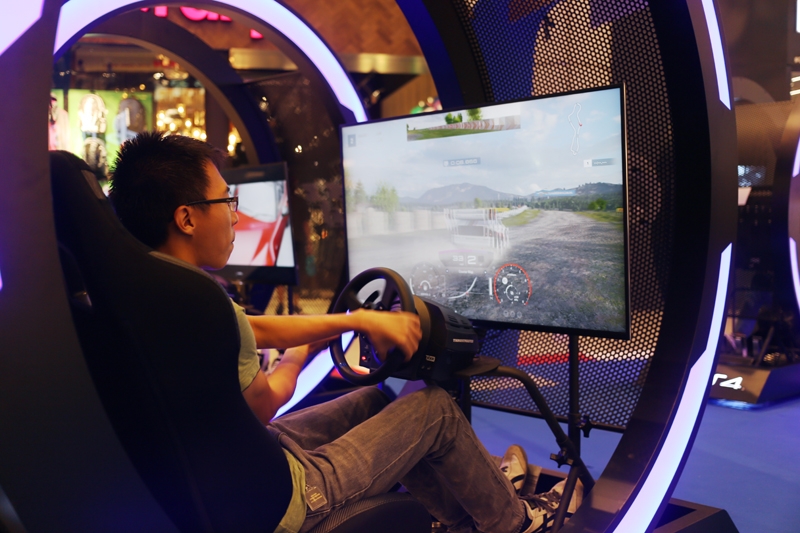 It was possible that the Gran Turismo-licensed Thrustmaster T300RS GT racing wheel, which was lovely to hold and had sturdy-feeling metal pedals, made our experience better. We were also impressed by the metal paddle shifters attached to the rear of the wheel, which had a firm, sturdy feel when downshifting quickly. 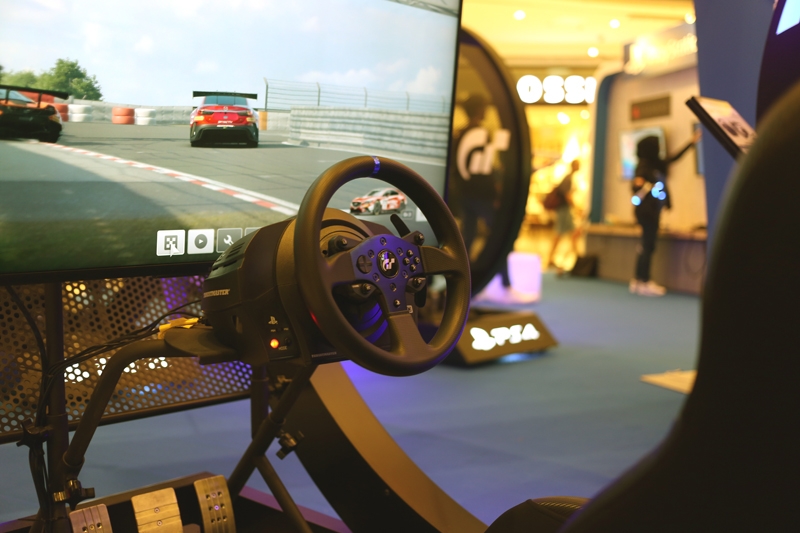 Don’t just take our word for it though; head down to the roadshow for a first-hand experience. The PlayStation Play Everything roadshow is open to the public, from now till Sunday, 24th September 2017 at the Suntec City Mall West Atrium. 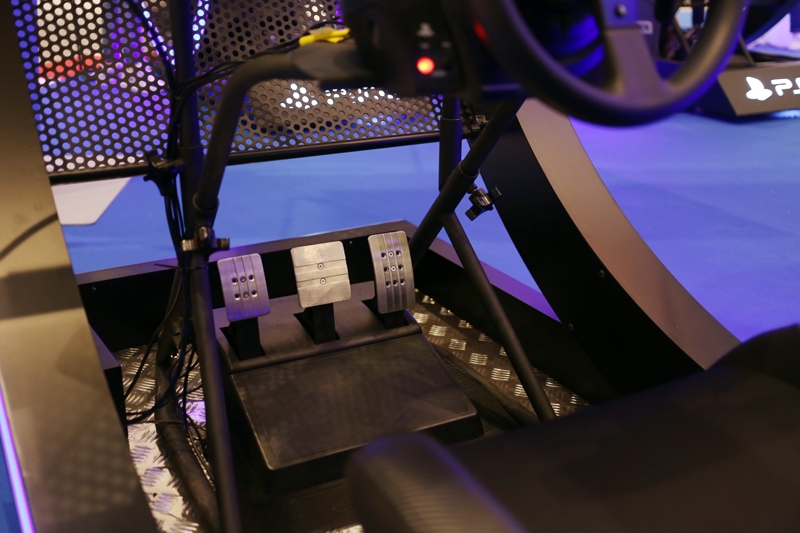