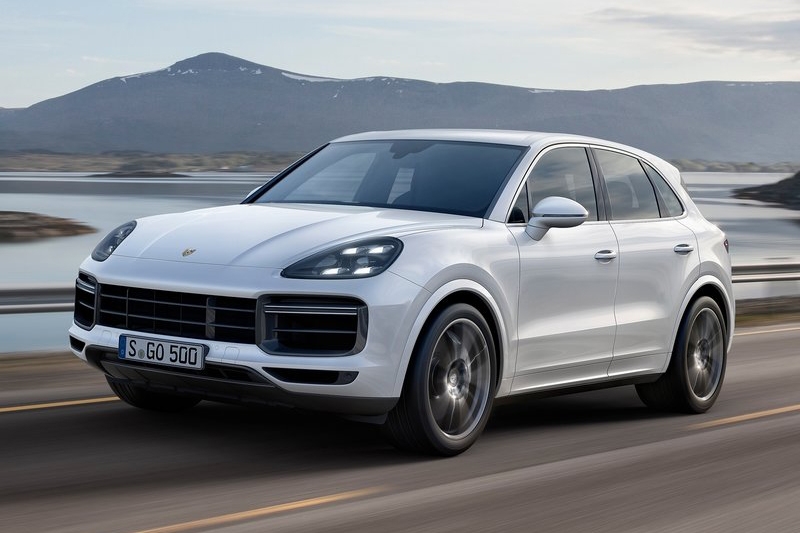 Making its premiere at the International Motor Show in Frankfurt, the new Porsche Cayenne Turbo once again raises the bar for sporty performance in the SUV segment. Sporting a sharper exterior design, producing more power and offering increased driving dynamics, the new Cayenne Turbo is even more 911.

From the front, differentiating the Turbo from its lesser brethren are the LED main headlights of the Porsche Dynamic Light System (PDLS), with double-row front light modules. Viewed from the side, one would notice widened wheel arches with painted wheel arch trims, housing the unmistakable 21-inch Turbo wheels fitted as standard. Beneath the wheels sit 6-piston (6-piston front; 4-piston rear) calipers clamping onto tungsten carbide coated steel discs, as part of the Porsche Surface Coated Brake (PSCB) system. 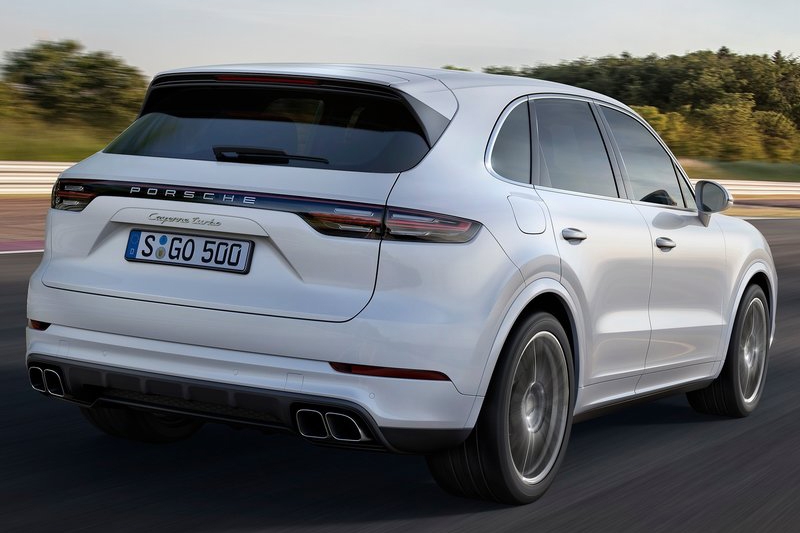 Around the rear, twin tailpipes on each side immediately distinguish the car as a Turbo. Also for the first time on the Cayenne — or any SUV for that matter — is an adaptive roof spoiler functioning as a component of its active aerodynamics. Depending on the position, the adaptive roof spoiler is able to optimise efficiency, increase downforce on the rear end, and function as an airbrake to shorten the braking distance from higher speeds. 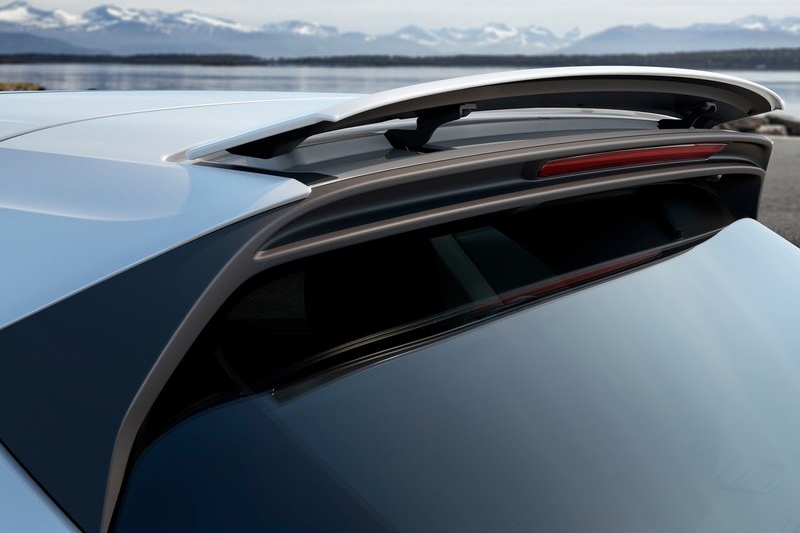 Inside, the new Cayenne Turbo offers as much comfort as it does sportiness. Using the high-resolution touchscreen display of the Porsche Advanced Cockpit, virtually all the vehicle functions can be displayed and operated — including a 710-watt BOSE Surround sound system. The driver and front passenger sit snugly in heated sports seats that offer 18-way adjustment, with integrated headrests that are reminiscent of the 911. 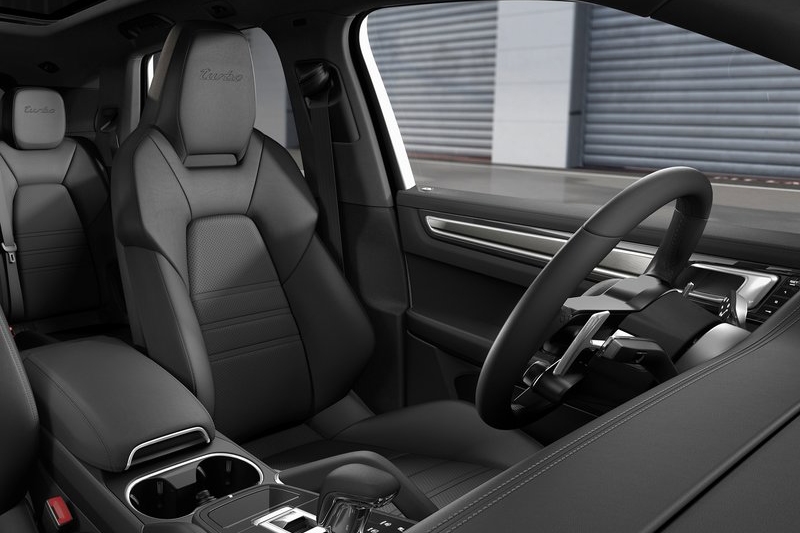 At the heart of the new Cayenne Turbo is a new 4.0-litre twin-turbocharged V8, producing 550 hp and 770 Nm of torque — an increase of 30 hp and 20 Nm from its predecessor’s engine. A new 8-speed Tiptronic S transmission channels the power through the active all-wheel drive Porsche Traction Management (PTM) system, facilitating a 0-100km/h timing of 4.1 seconds (3.9 seconds with Sport Chrono Package). 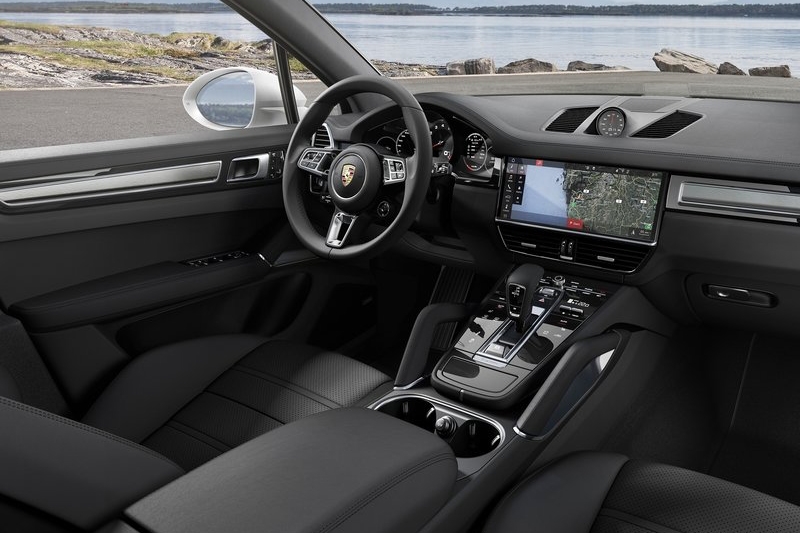 The new lightweight chassis of the Cayenne Turbo combines the best of three worlds: The precision of a sports car, the comfort of a saloon and the adaptability of an off-road vehicle.Â Air struts with three air chambers per strut are used in the Porsche Active Suspension Management (PASM) system, allowing the chassis to map different spring rates for different purposes, in tandem with the six selectable height levels. 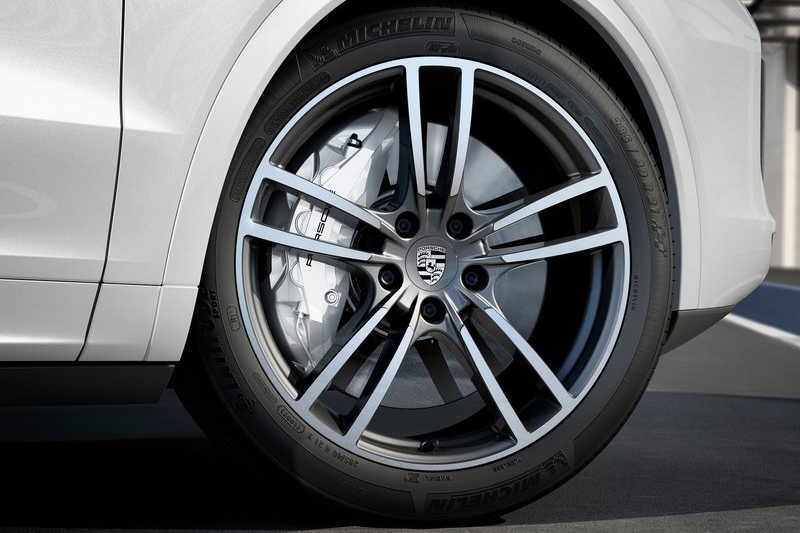 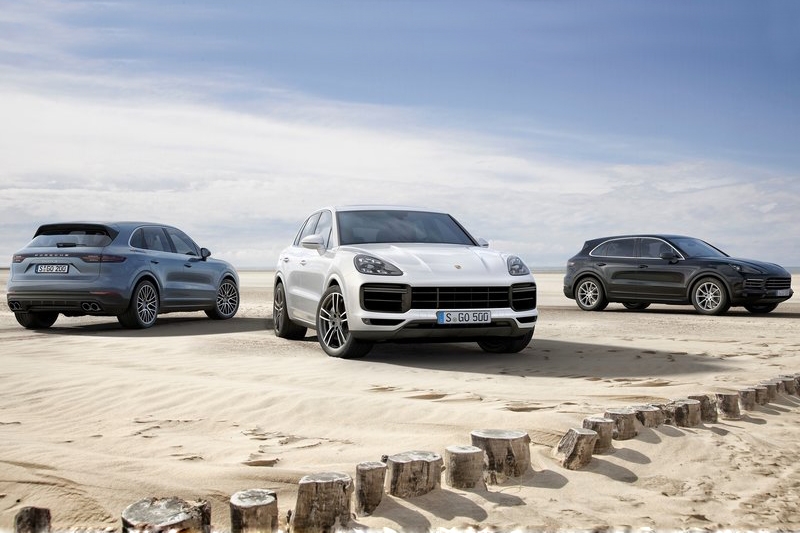 The new Cayenne Turbo will be available to order in Singapore later this year, with an estimated S$650,000 price tag.