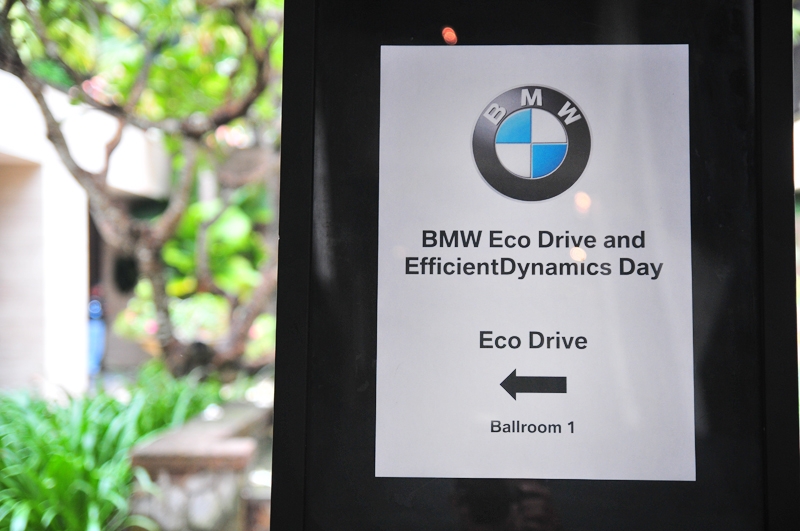 The BMW Group recently hosted the EcoDrive and EfficientDynamics Day in Bali for the media from 30 September to 3 October 2010.

Time after time, we have car manufacturers trying to outdo each other not only in the performance stakes, but also in fuel frugality, which is quite heartening. At least the very industry that is being accused by the green activists of killing earth is trying hard to 'make amends', and so we see the automotive industry taking on a new impetus in the automotive arms race to see who is greener. And BMW happens to be one of them.

In fact, the BMW Group holds the distinction for some of the lowest emission rates in the industry is a result of the successful implementation of BMW EfficientDynamics, a strategy that reduces emissions and fuel consumption while simultaneously enhancing road performance to even higher standards. Cementing their green stance further was the trip to Tanjung Benoa, Bali where the event was held at. 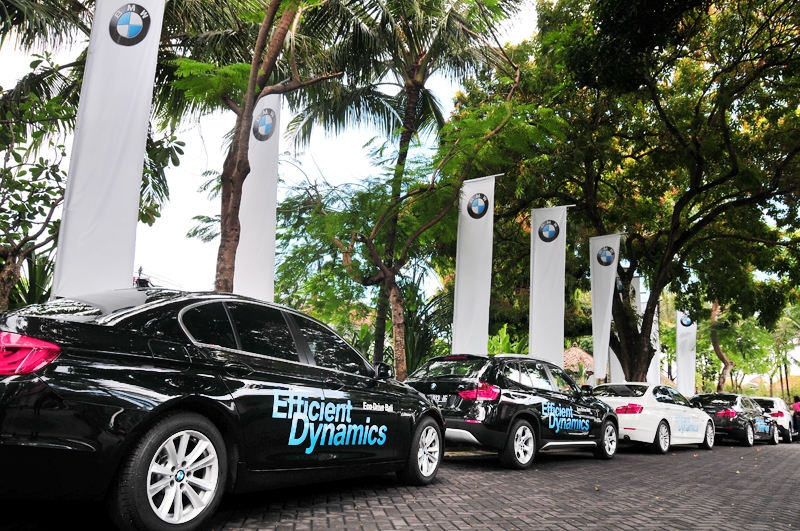 Bringing across the ideologies executed by practical exercises, BMW's EfficientDynamics was espoused by the invited media participants via driving techniques imparted to them by Bettina Schmidt and the technology involved by Dr. Thomas Kell, Head of EfficientDynamics of BMW. 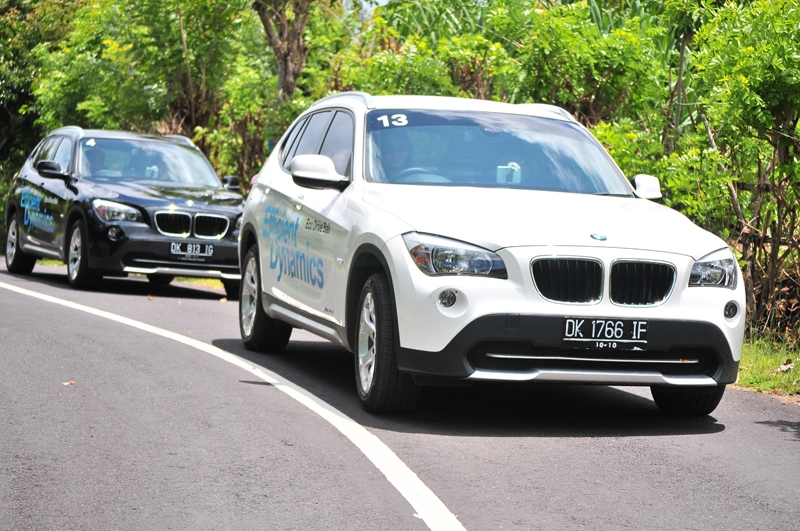 Held in the day, the test drives had the participants' plying their driving routes from Conrad Bali at Benoa to the Peak that overlooks the idyllic Suluban Beach at Uluwatu. In the process of driving to and fro in all 19 spanking new BMWs that ranged from the 325i to the latest X5 xDrive 30d, the participants' fuel efficiency were measured and recorded to see which driver is the most fuel efficient. 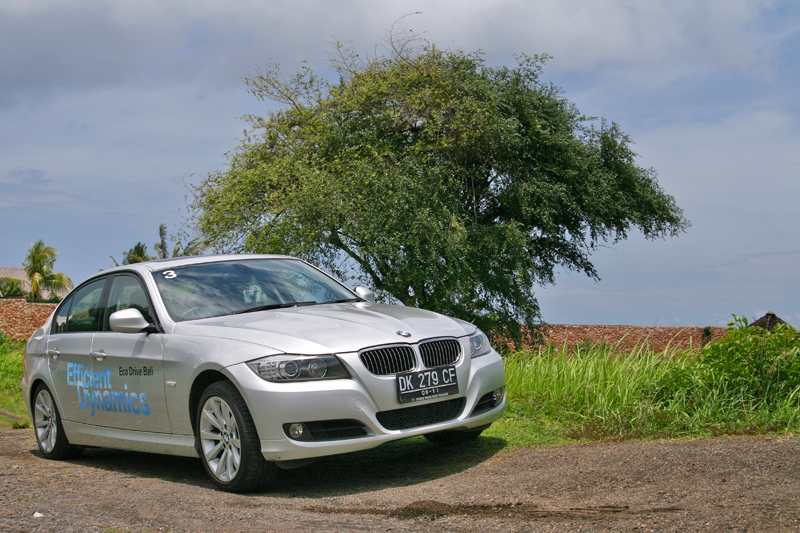 Apart from the fuel saving driving techniques employed by the drivers' themselves, it is BMW's EfficientDynamics that aids the driver in being exceptionally green. These technologies found in BMW EfficientDynamics include a regenerative braking system which charges the battery when the driver is coasting or slowing down as opposed to a traditional alternator, fitting the cars with low-rolling resistance tyres, electric water pumps and many more. All these simple and relatively low-cost measures add up in making the driver a better fuel saver. 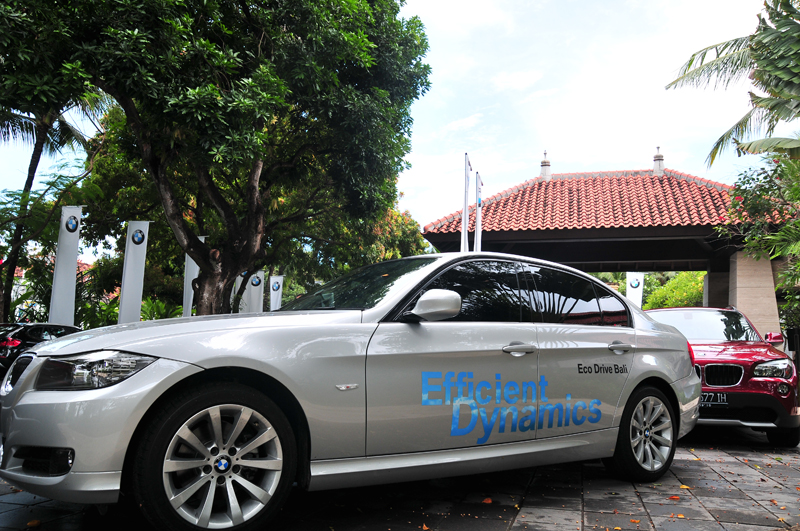 Looking ahead, the BMW Group is also developing several drive-train strategies for its future mobility. In addition to the BMW Advanced Diesel and petrol engines, BMW is also working on full and mild hybrid technology, electric vehicles as well as hydrogen cars as part of its mid and long term EfficientDynamics strategy. BMW customers in the Southeast Asia region will be seeing more EfficientDynamics features embedded in BMW cars from 2011, as well as BMW ActiveHybrid models come 2012. 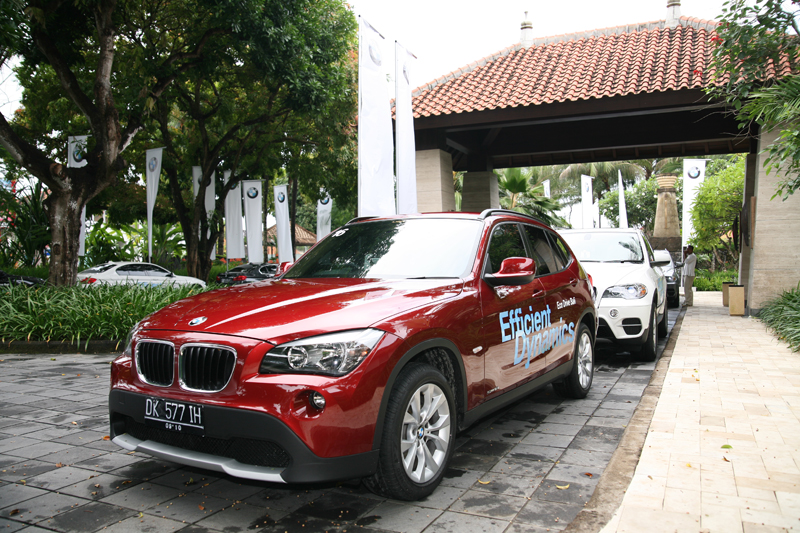